8 devastating breakup mementos from the Museum of Broken Relationships

8 devastating breakup mementos from the Museum of Broken Relationships

In the early aughts, Dražen Grubišić and Olinka Vištica sat together at their kitchen table, as they’d done almost every night for the past four years. But this time was different—they were breaking up.

As they trudged through the motions of dividing up their stuff and moving out of their shared home in Zagreb, Croatia, they realized there were some mementos that couldn’t be split in two. Like Honey Bunny, a wind-up toy bunny they brought with them when they were unable to travel together and posed in photos to send to each other.

Grubišić says that most magazines gave horrifying advice about burning the objects and inviting friends to watch, but they wanted to find a nicer way to let go while simultaneously preserving Honey Bunny’s significance, so they founded the Museum of Broken Relationships.

Brokenships, as it’s colloquially named, has become one of the most visited museums in Croatia. Its collection has grown to include over 4,000 pieces and stories from all over the world, ranging from a child’s love letter written while fleeing Sarajevo to an empty bag of fortune cookies attached to a Starbucks cup. Each item is accompanied by an anonymous, unedited letter of origin written by its donor explaining its significance.

The museum has a permanent home in Zagreb, but a touring version of the show has visited 53 locations worldwide, including Toronto. The exhibition is on at the Harbourfront Centre until September 8 as part of Brave Festival. Here’s a look at some of the items on display, along with their stories as told by the uncoupled (consciously or otherwise). 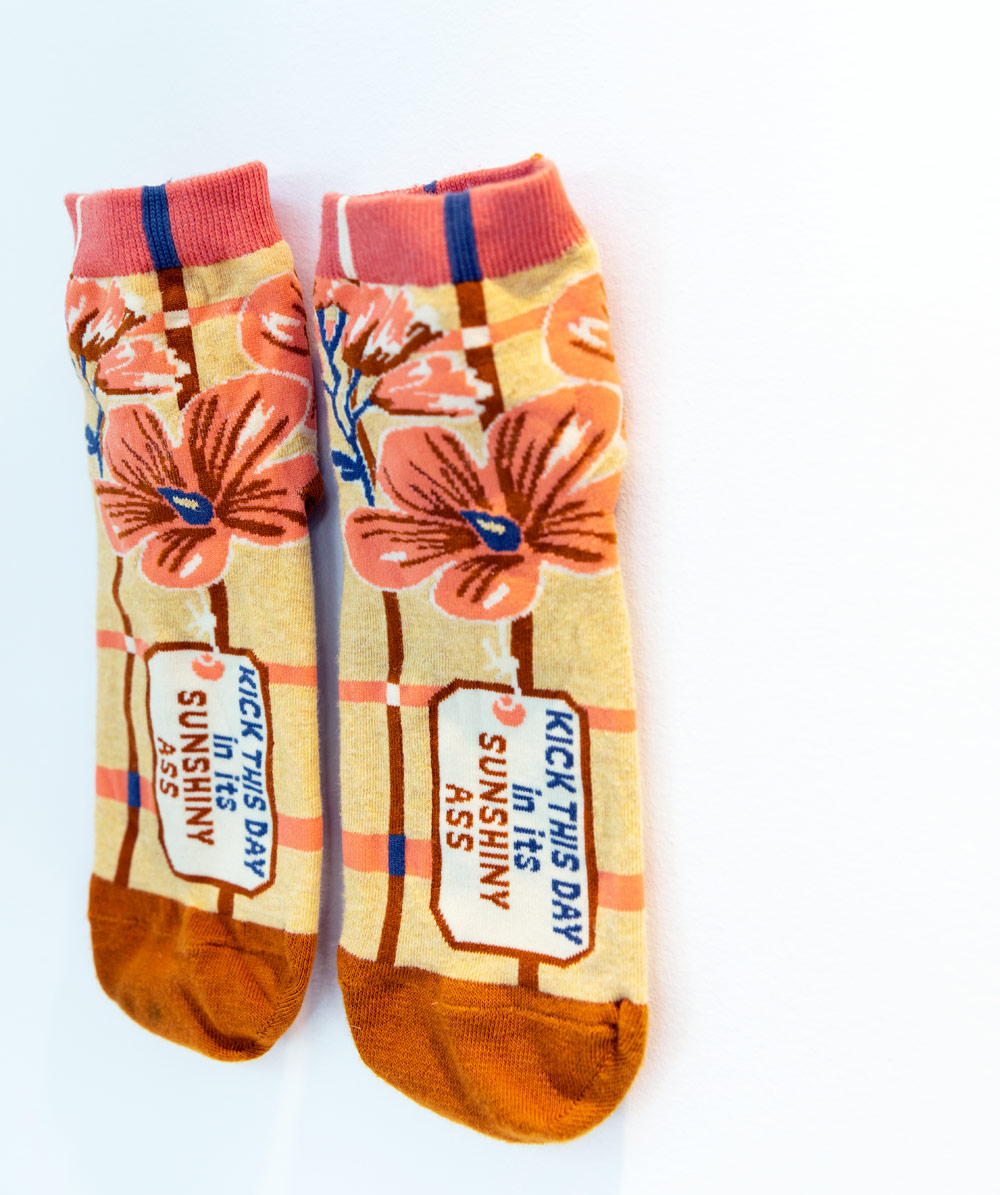 “It was one of those ‘love at first sight’ type situations that I only thought existed in the movies. It was the first day of class—I had just moved to a new city to start grad school and I was feeling pretty anxious. But then he walked in, and nothing else really mattered after that. Luckily, he felt the same way and we began dating pretty quickly. It was a storybook romance. He was my soul mate, the love of my life, my best friend. But fairy tales aren’t real and he broke up with me after seven months of dating.

I thought my entire world had fallen apart. But after just two weeks of time apart he came back to me, just in time for my 23rd birthday. Lucky me. I expected the grandest of gestures—after all, we did have a romance for the ages. But instead of a hunky man standing outside my window with a boom box, I got a pair of socks and an apology. The orange socks were designed with a big Hawaiian flower and the phrase ‘kick this day in its sunshiny ass’ stitched on the front. There was certainly something I wanted to kick in its sunshiny ass. Never have I resented anyone more for a simple pair of socks. I pictured him at the store, looking for the perfect present for my special day. Why on earth he settled on a garish pair of bright orange socks is beyond me. We stayed together for five months after that, but I could never forgive him for breaking my heart and buying me socks for my birthday.” —Toronto, Canada 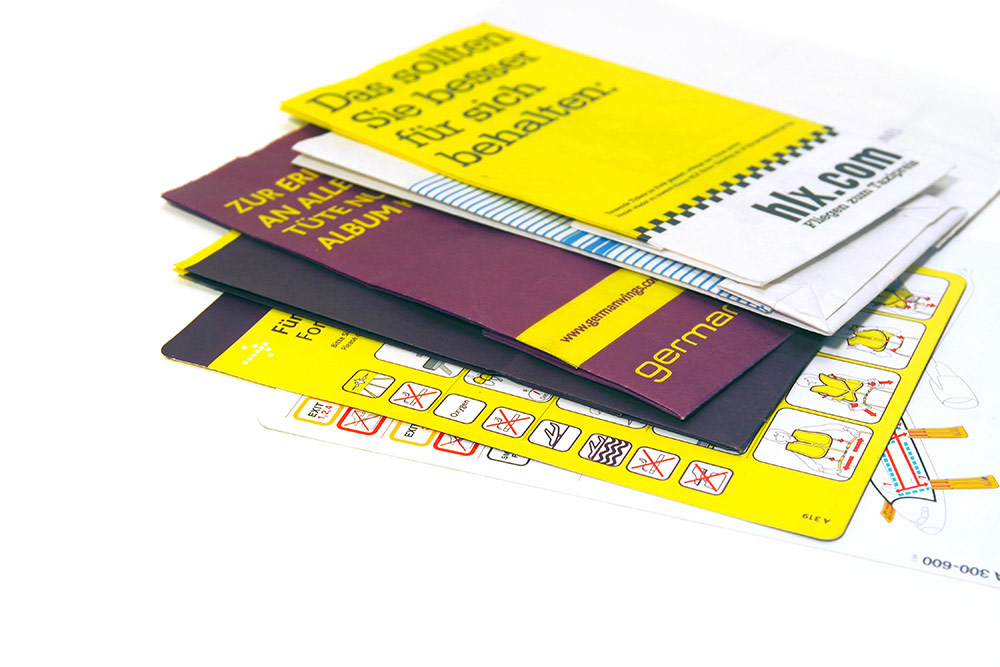 “A range of air sickness bags as a memento of a long-distance relationship. One Croatia Airlines, one Lufthansa, one Hapag Lloyd Express and three German Wings bags. I think I still have those illustrated safety instructions as well, ones showing what to do when the airplane begins to fall apart. I have never found any instructions on what to do when a relationship begins to fall apart, but at least I’ve still got these bags.” —Zagreb, Croatia 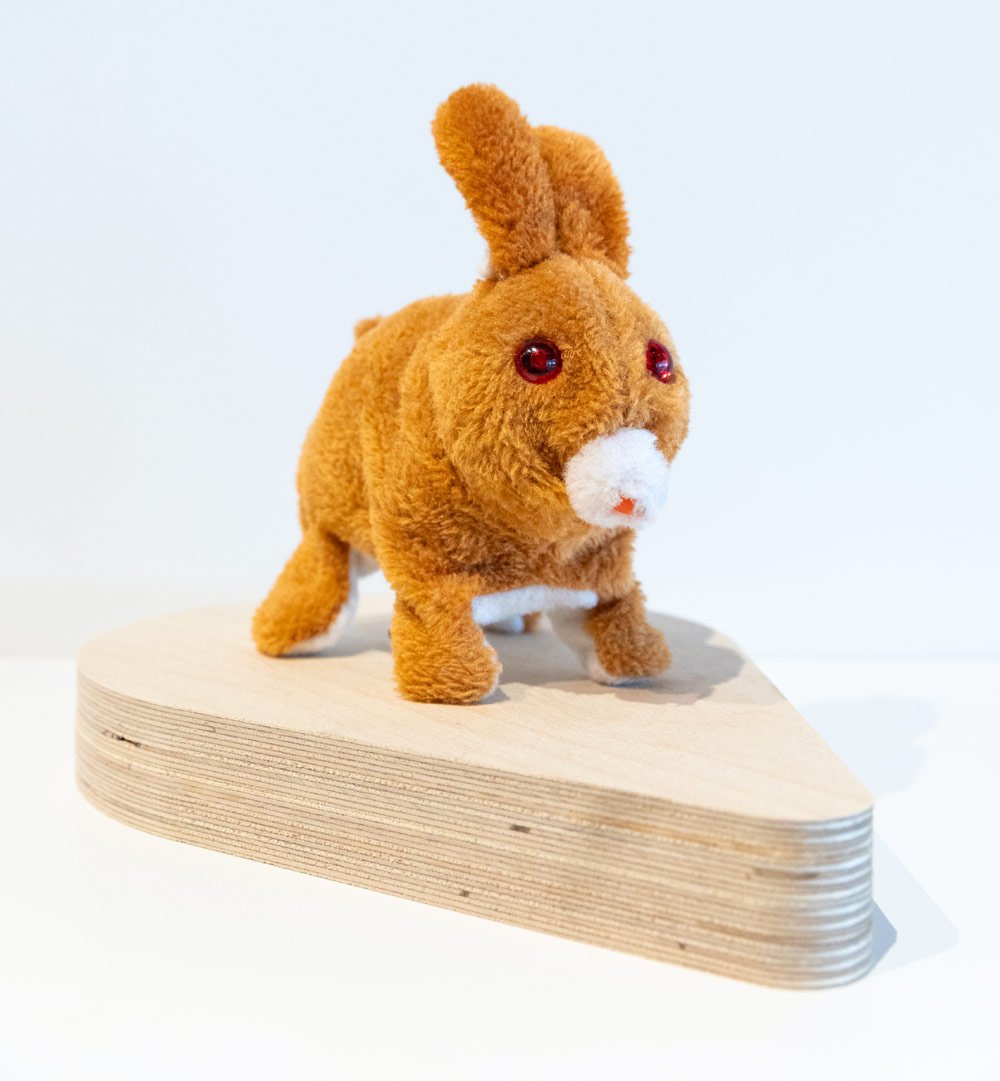 “I bought this toy rabbit at the flea market on our first date after having been apart for two months while I was in Europe. We argued that day, horribly and in public, because he made a rude joke and I told him not to be too loud. He got offended. This event was maybe one year into our relationship, and was brought up in arguments many times after, as an example of my “unacceptance of who he was.” Although I like the rabbit (I like quirky/scary/funny things), it always reminds me if what I now consider to have been the beginning of the end of our relationship. Now that I am in a new, healthier relationship, it is time to let it go.” —Toronto, Canada 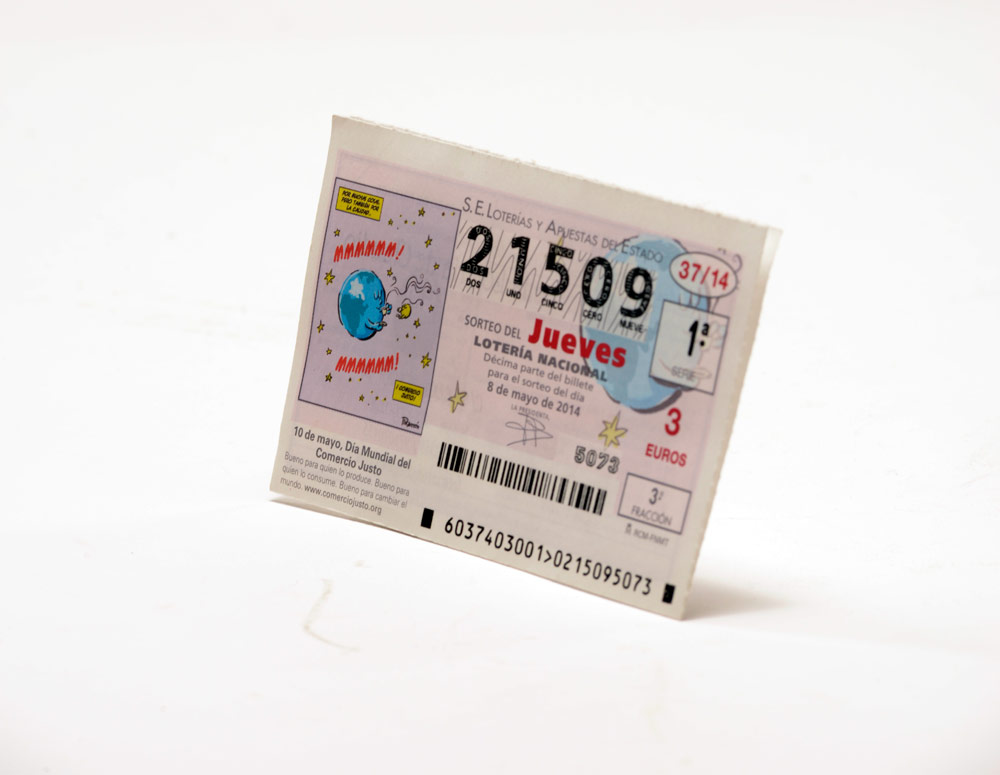 “We were four friends. Four best friends for over 60 years. We shared everything. We did everything together: we celebrated birthdays, bought presents together, phoned each other every day, and visited each other when we were sick. One day, however, I discovered they had been doing something without telling me: they had been playing the lottery, the special Christmas one (it is a tradition in my country to buy a ticket together with your friends and/or family). How did I find out? Because they won a big prize. I felt so sad and disappointed when I found out that I fell ill. They didn’t know what to say when I asked them why they hadn’t told me; they only made excuses. The worst thing is that they never phoned me again. People told me they were too ashamed. Maybe. Only one of them contacted me again, sincerely apologized and came back into my life. But the other two… They won the prize, but they lost a real friend. Losing friends is hard when you are young but losing them when you are living the last years of your life is even harder.” —Zaragoza, Spain 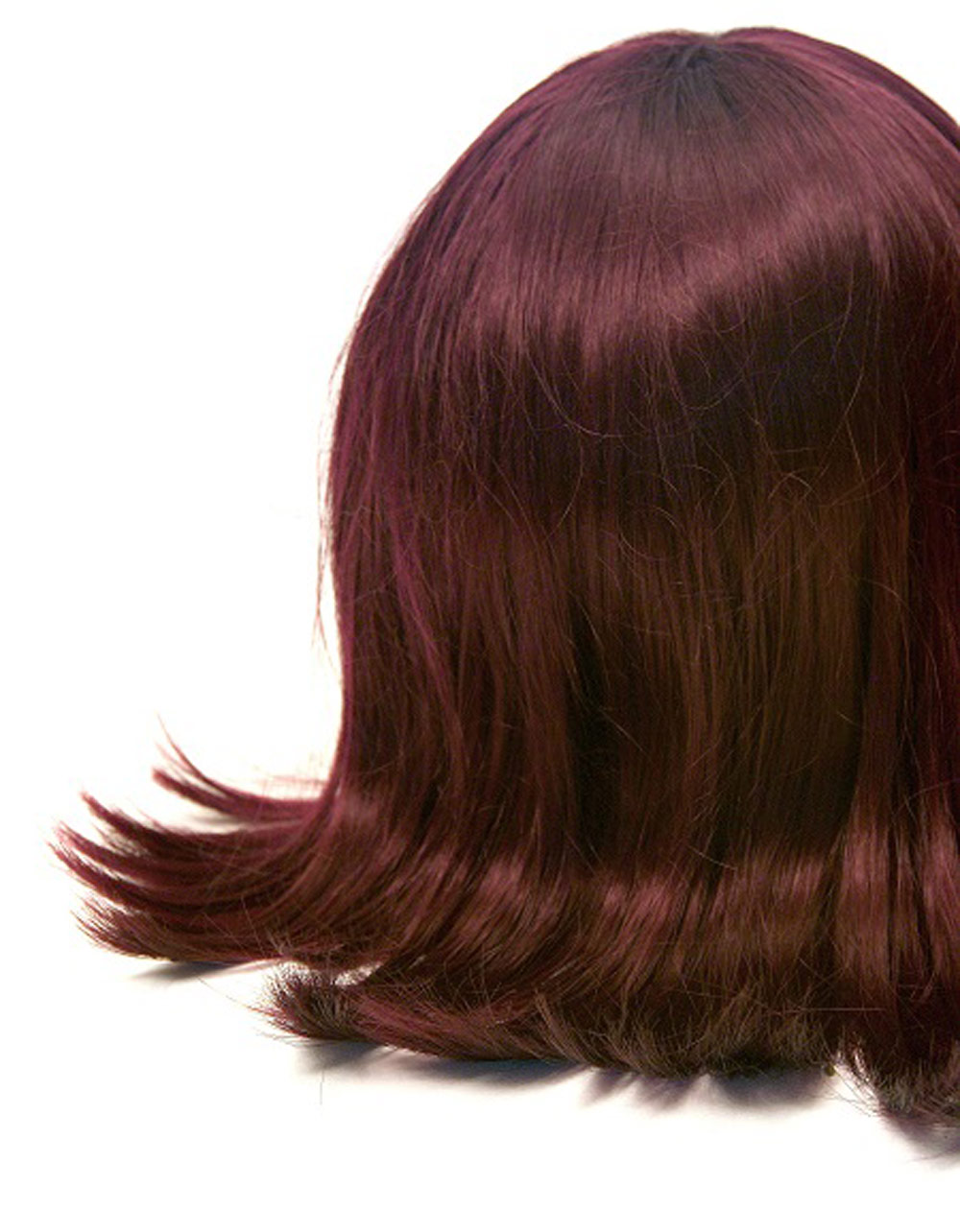 “Along with clothing and CDs I had left at her apartment, my ex-girlfriend sent me this wig I had never seen before, without a note. I can only assume it was obtained before our breakup, in preparation for a fantasy fulfilment.” —New York, U.S. 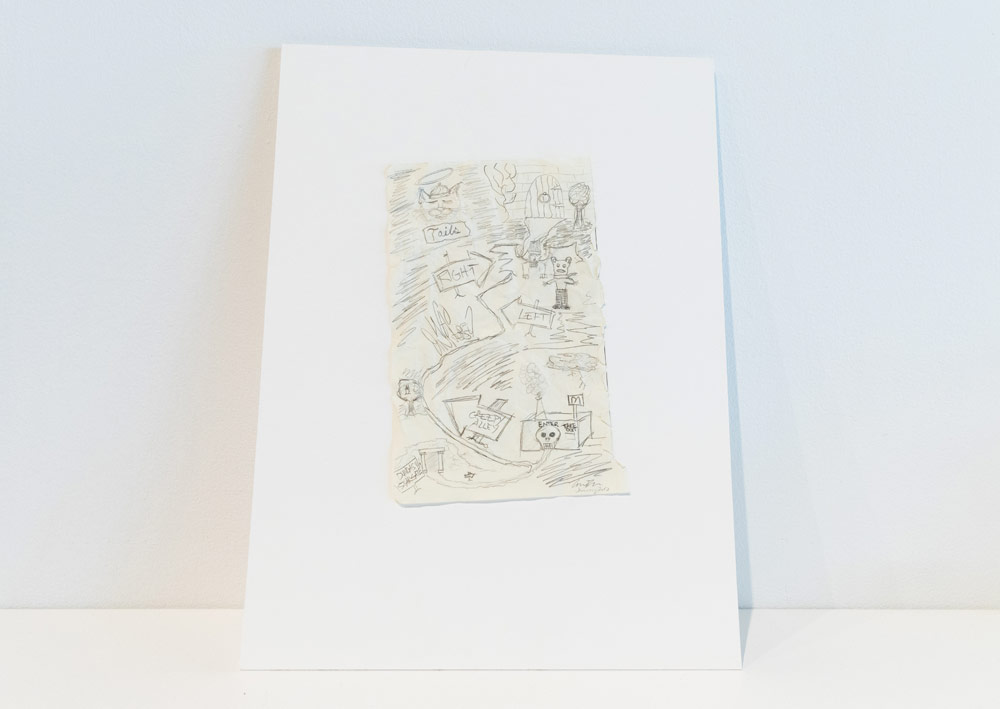 “We met online. I gave him a series of clues to find my apartment for our first meeting. He drew this and scrunched it up to resemble an ancient treasure map. He set off on his epic quest, flowers in hand, and he found me! He asked me to move in with him six months later. After moving in, I had the map framed in beautiful gold leaf to honour his sense of adventure and our story. But the next year, he slowly became a fundamentalist. His eyes looked as though he was possessed. I suffered deeply while seeing the man I loved become an abusive, cold ideologue. When the apartment I previously lived in became available for rent, I returned. The map is glued to a cream-coloured matt because it was framed professionally. The gold frame now houses happier memories.” —Toronto, Canada 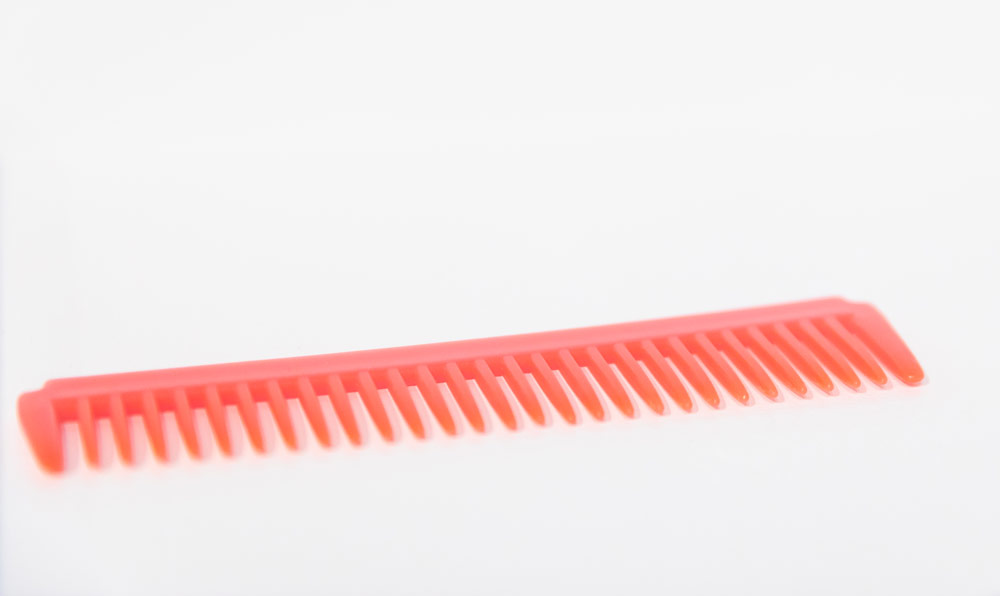 “This red comb perfectly symbolizes the entangled web of lies and deceit perpetrated by my ex-lover. She was more interested in her hair and split ends and those of her mistress’s than the truth, love and beauty that could have been our relationship. After 16 years together, it ended in a painful blow up, a couple of nights in jail and significant financial losses—all unnecessarily painful and heart crushingly avoidable. It’s almost three years now, I have combed my heart and soul and finally feel like I washed that grey right outta of my hair!” —Hamilton, Canada 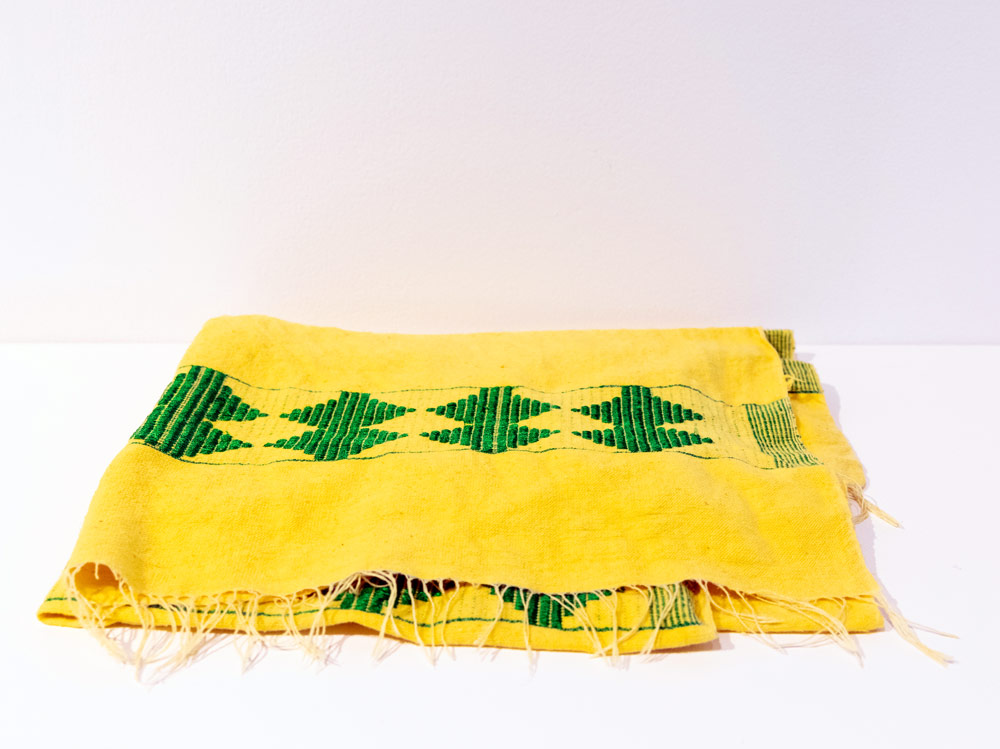 “This scarf was the last gift my ex-fiancé gave me before he told me that he met someone else when I was studying in Montreal. We originally met in Ethiopia and were together for exactly 3 years. I remember getting a pang in my stomach and I just knew he met someone else. I sent an email to tell him that I felt like he met someone else, and that I completely understood, given I was diagnosed with MS that year, and couldn’t spend as much time in Ethiopia. He lied. I spent my scholarship to buy us tickets to meet in Sri Lanka, and we broke up the first day we saw each other. We tried to make a list of beautiful memories we shared and left each other relatively amicably. I kept the scarf as a reminder of these special moments. A couple years later, I met someone else, and he fell in love with the scarf. He wore it everywhere. I’ve tried to give it away. I’ve tried to wear it since we broke up. It hurts too much. I believe in recycling love, giving away gifted objects with good intentions. This is why I would like to donate it to you.” —Montreal, Canada.