Artists Lori Nix and Kathleen Gerber create creepy miniature dioramas that imagine the world devoid of humankind. First, Gerber creates every element by hand, whether she’s sculpting tiny salon hair dryers out of clay or rolling up postage stamps to look like liquor bottles. Nix then photographs the scenes, using natural light to heighten their realism.

Their Contact festival show, The Empire, The City, runs until May 31 at Bau-Xi Gallery as part of the Scotiabank Contact Photography Festival. Here, an inside look into how Nix and Gerber created some of their coolest images. 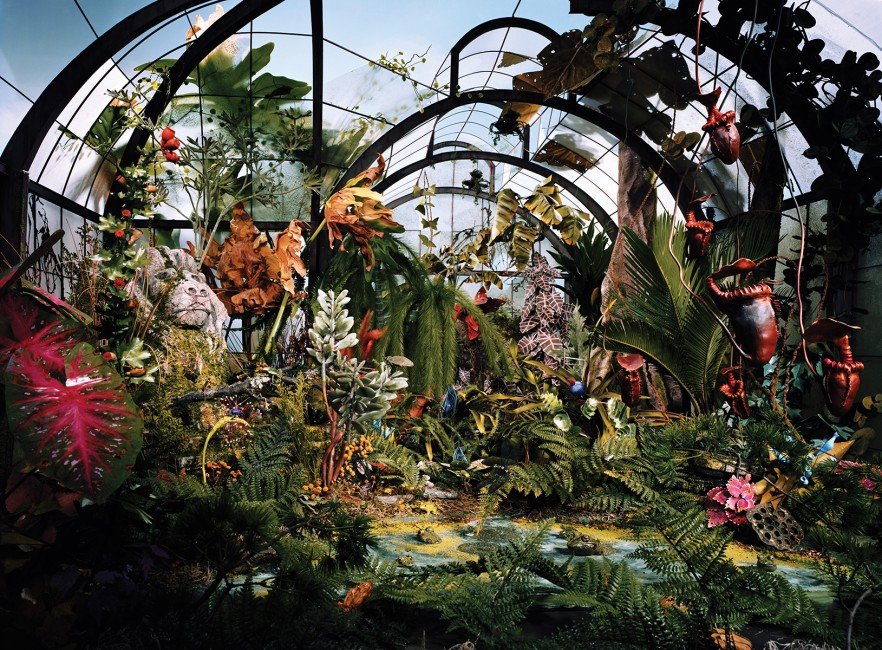 This photograph was inspired by the 52-acre botanic garden in Brooklyn that’s close to the apartment the duo share. “We imagined what the plants would look like if they all started to cross-pollinate, if people weren’t there to trim them back,” says Nix. The diorama was four feet deep and six feet high—big enough to confuse their cats. “We’d come home and they’d be sitting in the jumble of paper and plastic,” says Nix. 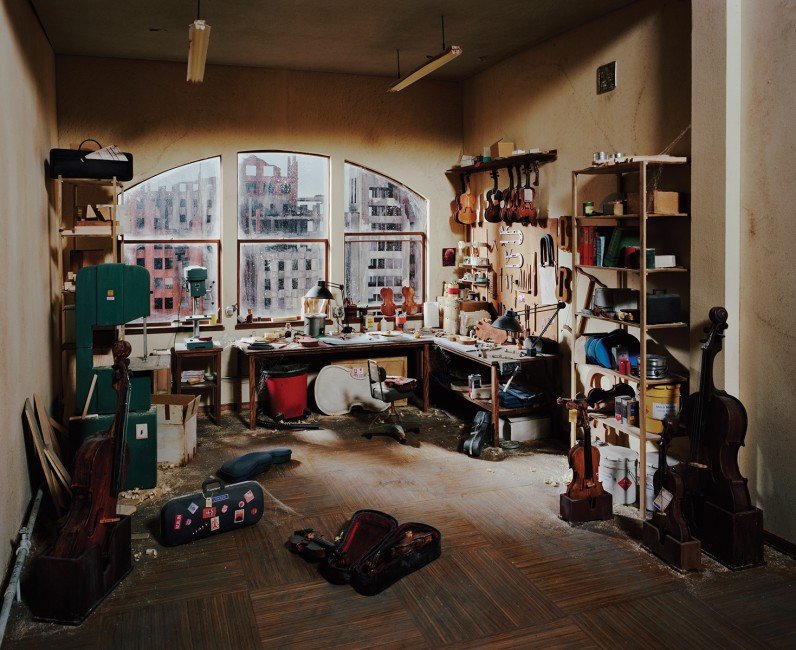 Before creating this scene, Nix and Gerber visited a real violin repair shop, and the diorama that resulted is pretty close to the real thing. “We couldn’t un-see it,” says Nix, “so we basically remade it.” 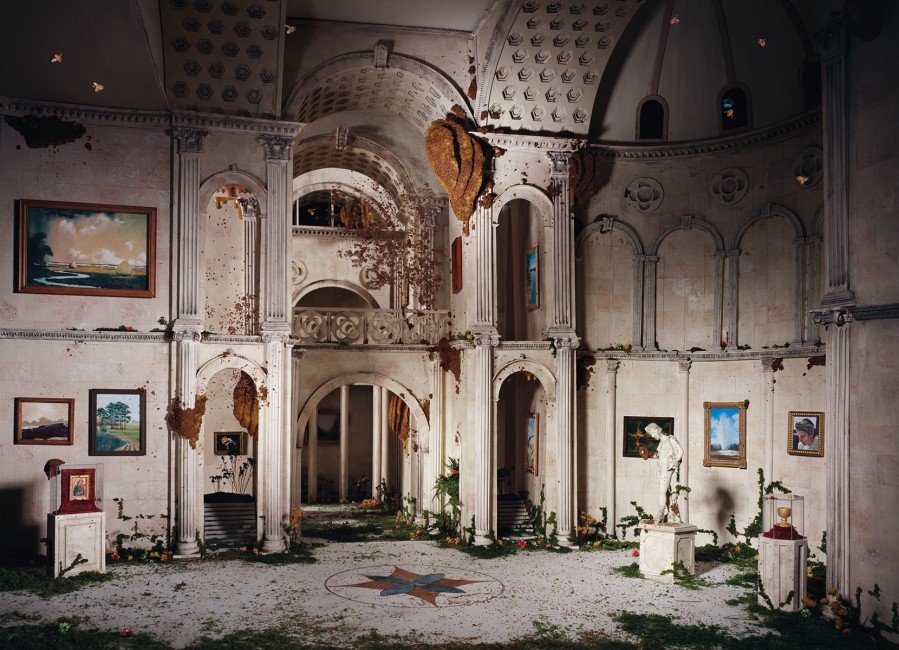 This was one of the first images that Nix and Gerber ever created. It’s a museum full of feral beehives, with honey dripping down the artwork and bees swarming the statues. 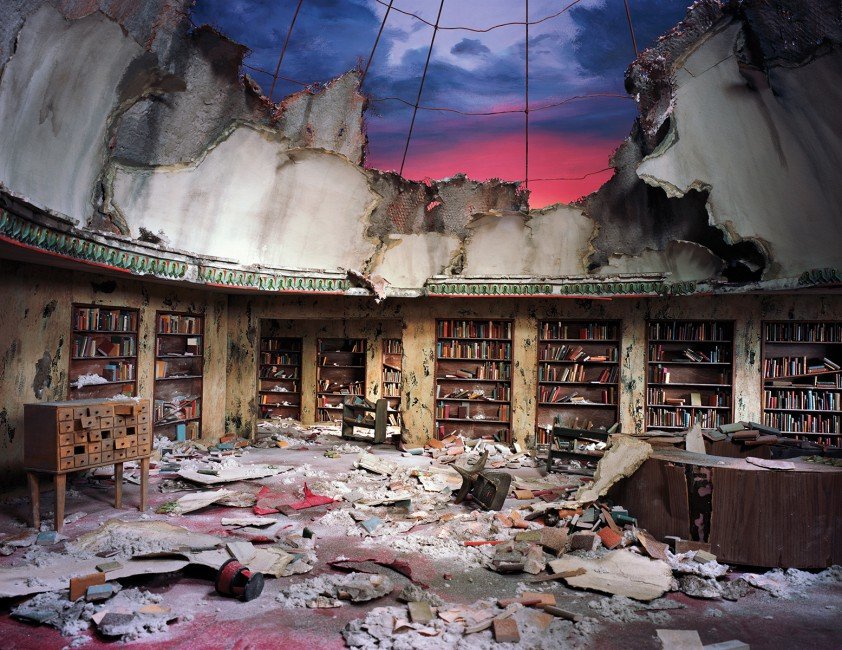 Although many of their dioramas are constructed and then manipulated to appear decayed, this one was built to look decrepit from the get-go. 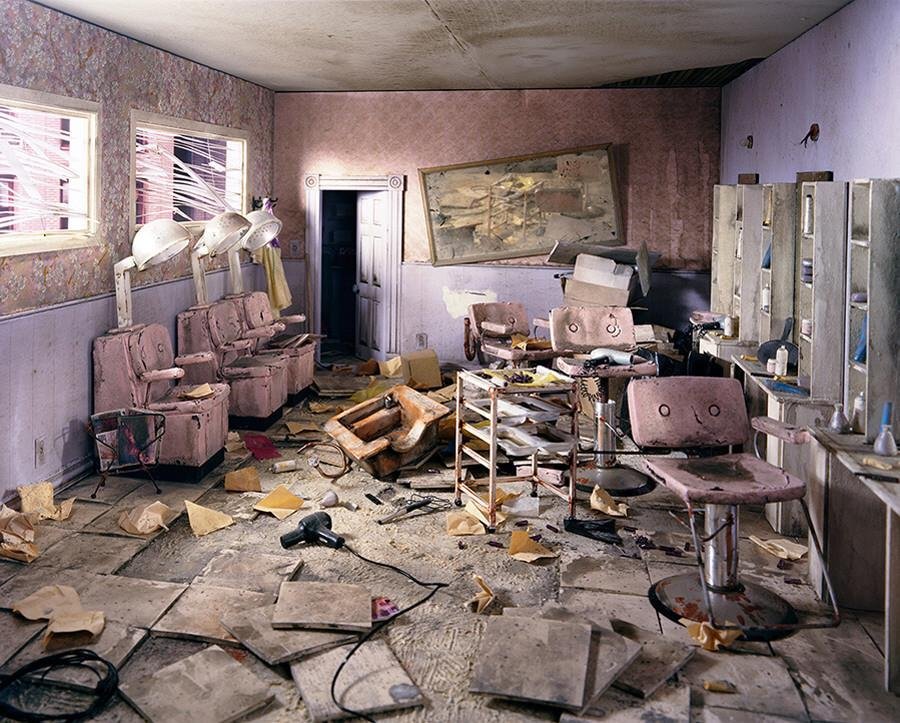 This scene is loosely based on the salon that Nix’s mom frequented in the early ’70s. It’s one of their smaller dioramas, only measuring about two feet by a foot and a half. 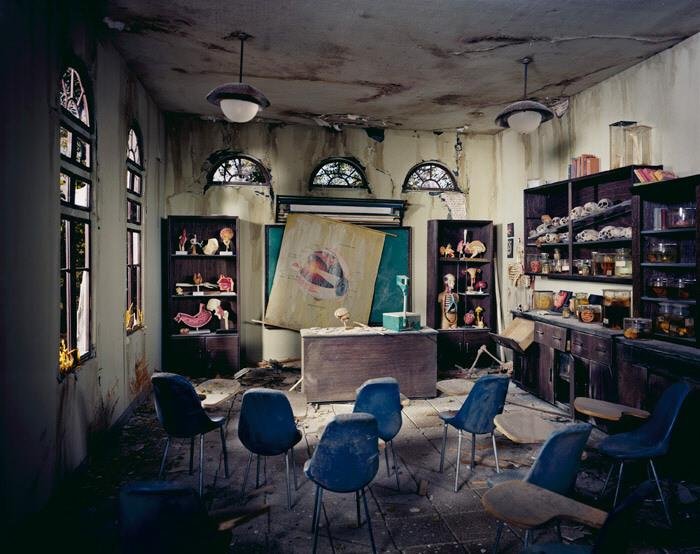 Nix and Gerber have a soft spot for Anatomy Classroom. The models reference their family, their friends and themselves. Nix is missing a thyroid, so they put one up on the shelf. 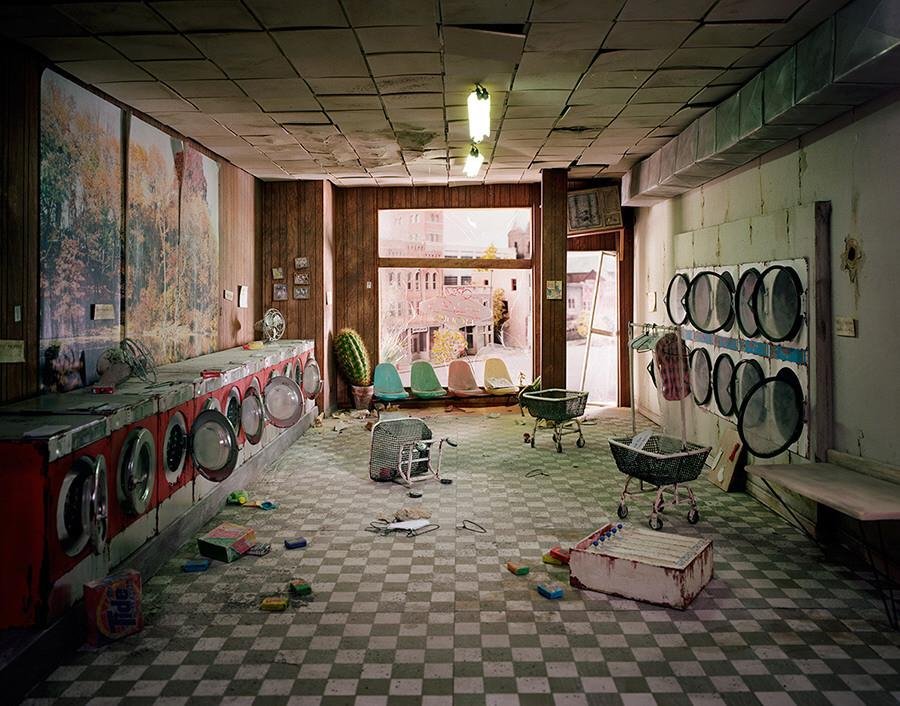 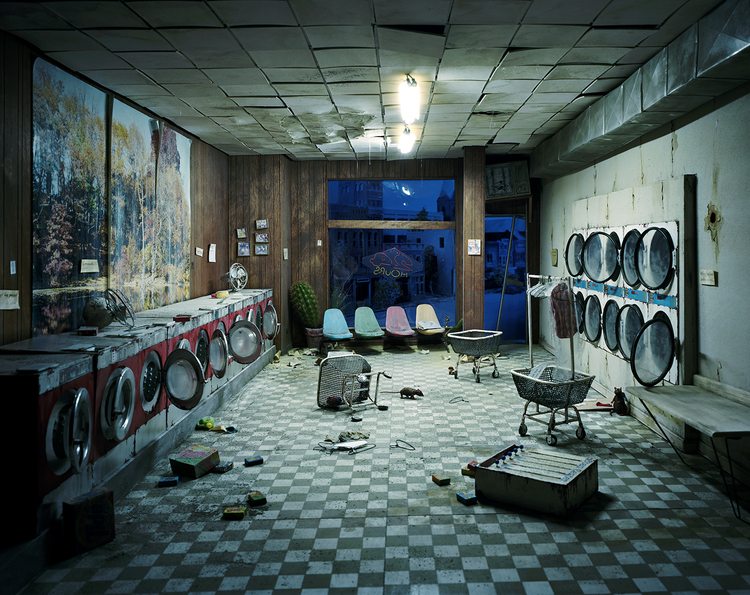 The miniature fluorescent light in this diorama is fully functional, so Nix shot a day version (above) and night version. 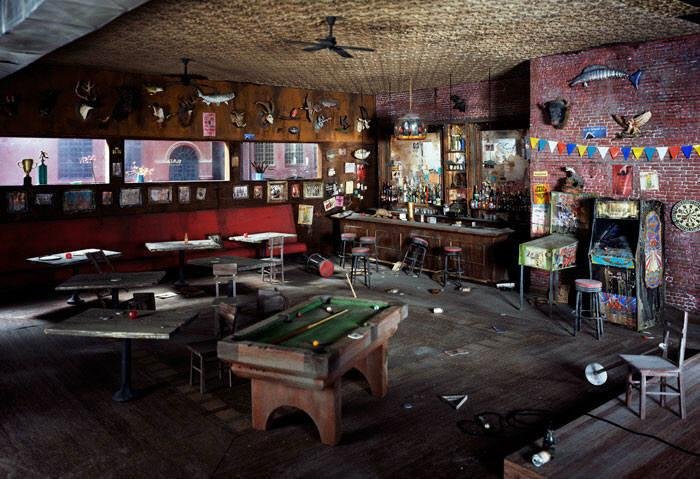 “We had to do a lot of research for this one,” Nix says. “Had to go to a lot of bars.” If you’ve ever seen a bar at 4 a.m. on a weekend, you know that this is pretty much what it looks like. SaveSave