This 16-year-old artist creates drawings that look like photographs

This 16-year-old artist creates drawings that look like photographs 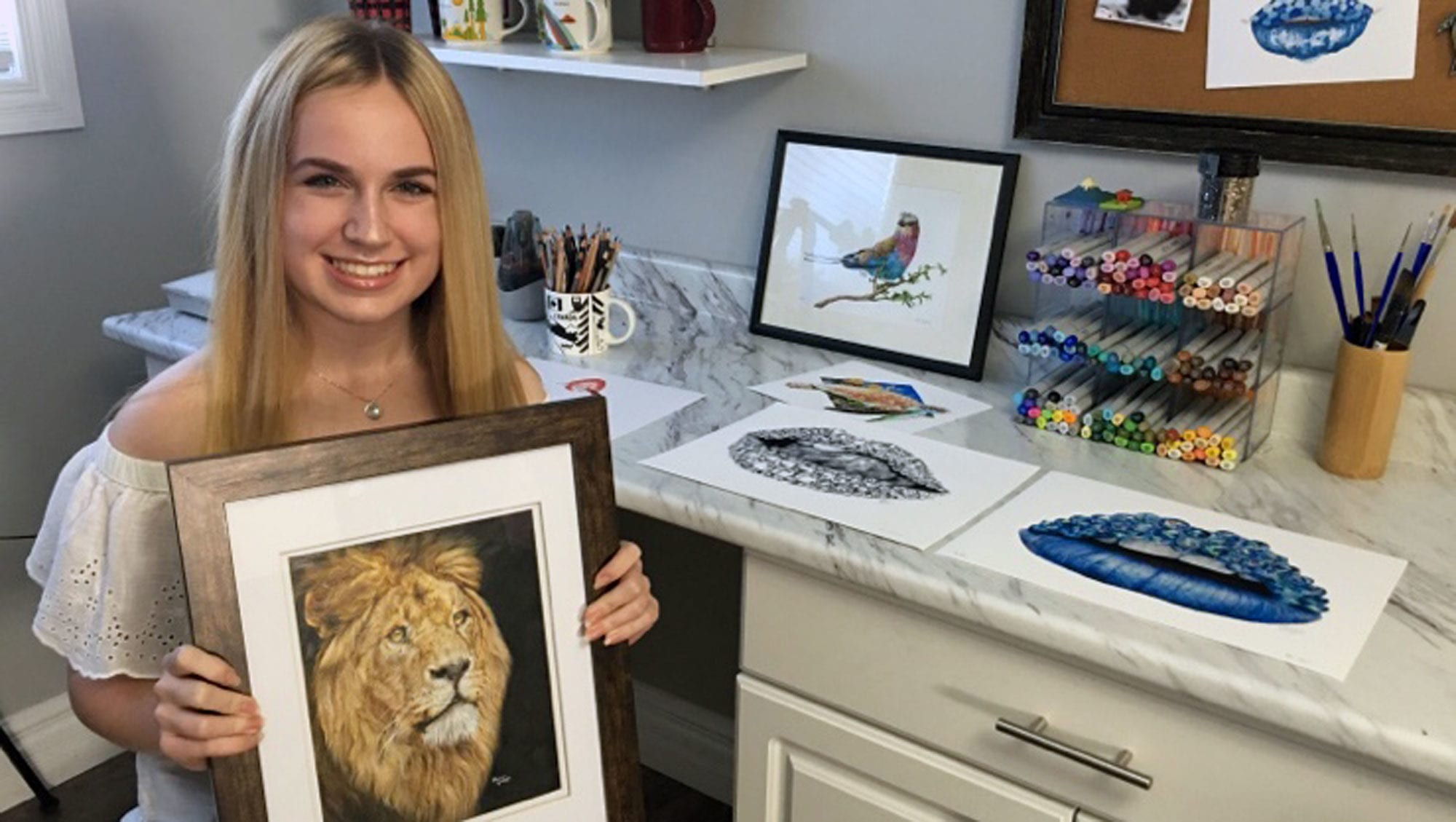 Madison Young, a 16-year-old artist from Amherstburg, Ontario, draws and paints pictures that could easily be mistaken for photographs. And often they are. At art fairs, dozens of people have told her how beautiful her photography is, and on Instagram, people used to accuse her of stealing photos from the web and pretending she made them herself. Over the years, her vividly coloured pieces have earned her more than 74,000 Instagram followers.

Young started out drawing Disney characters. In 2010, at the age of eight, she shifted her focus towards hyperrealism, which she says isn’t that much different from recreating a CGI cartoon. She used to use a grid to carefully measure out the proportions of each drawing but now she works mostly free-hand. On average, she spends anywhere from 12 to 20 hours on each drawing, with her more detailed pieces taking up to 40 hours to complete.

Here, she discusses some of her favourite pieces. 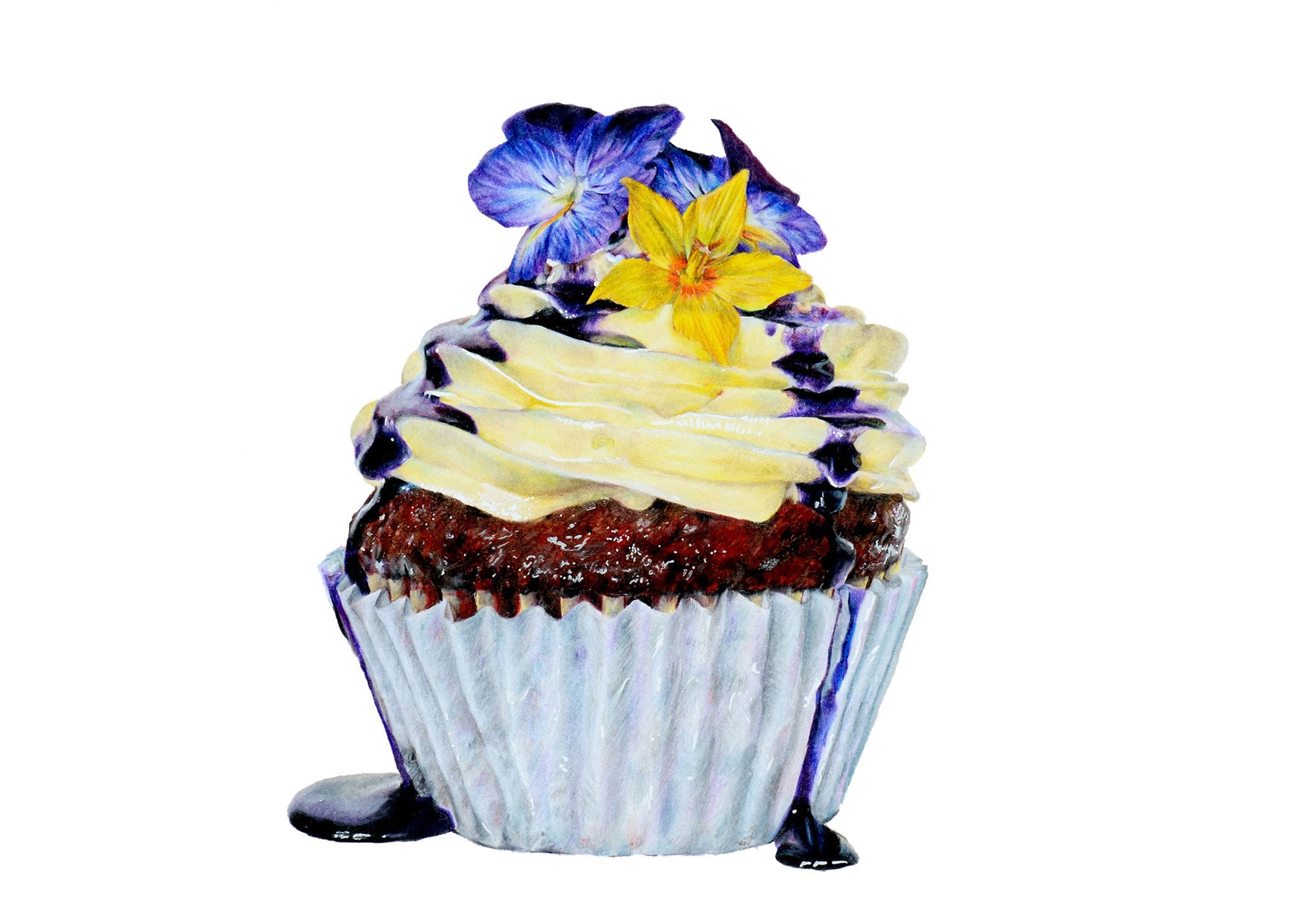 Cupcakes were Young’s first venture into hyperrealism back in 2010. She often looks on Pinterest and Instagram for ideas, and when she saw another artist drawing cupcakes, she wanted to try recreating the textures. She starts each piece by making a sketch, which she transfers onto white Bristol paper using a light box. From there, it’s mostly about adding layers of colour. 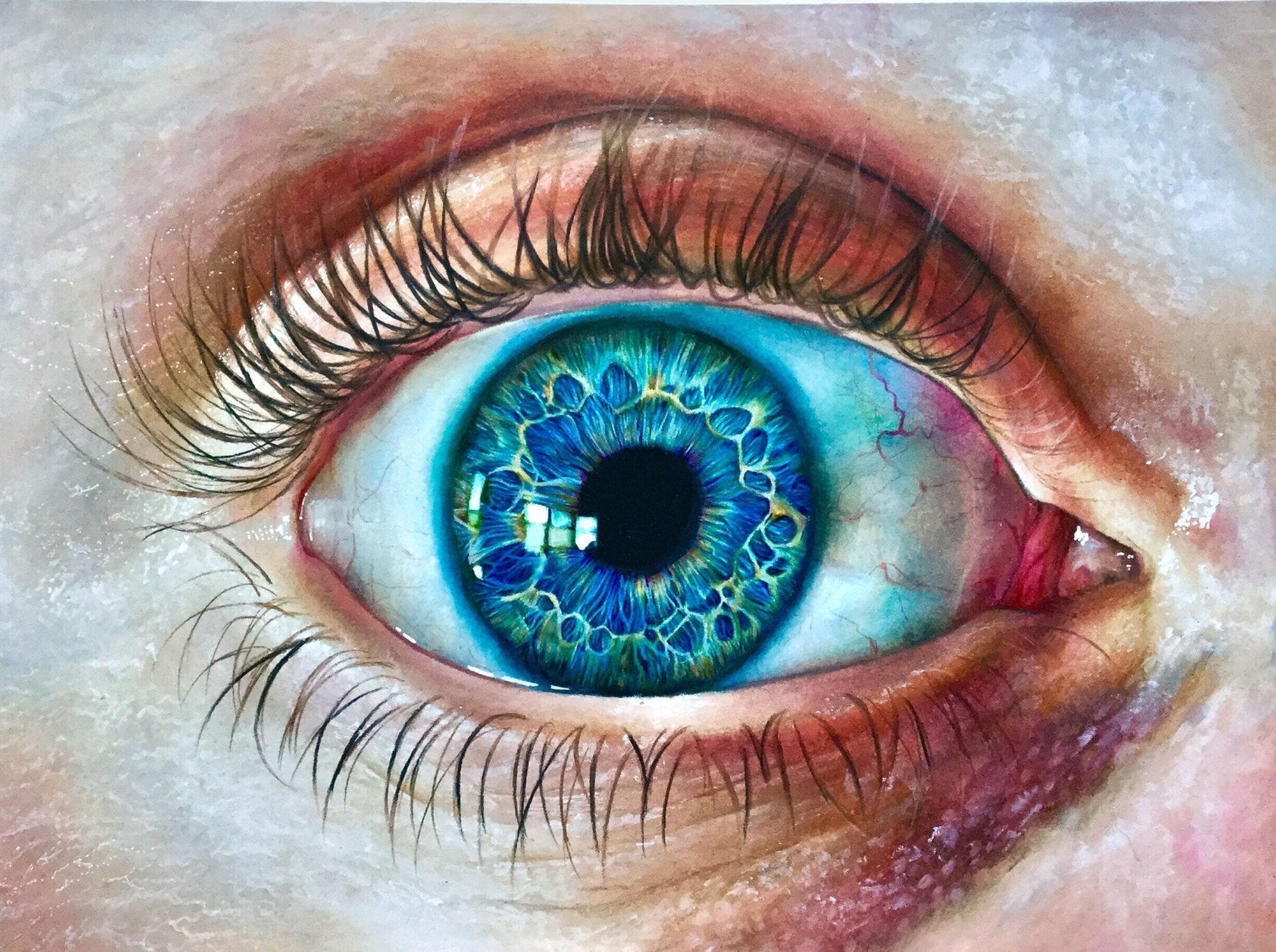 Young is proudest of her drawings of eyes. “They’re the ones I spend the most time on because they’re so detailed,” she says. She uses her brother as a model and works from photos to recreate the swirls of colour. For texture, she uses a white acrylic paint pens to make her art look 3-D. To date, she’s completed more than 15 eye drawings. Each one takes between 20 and 30 hours to complete. 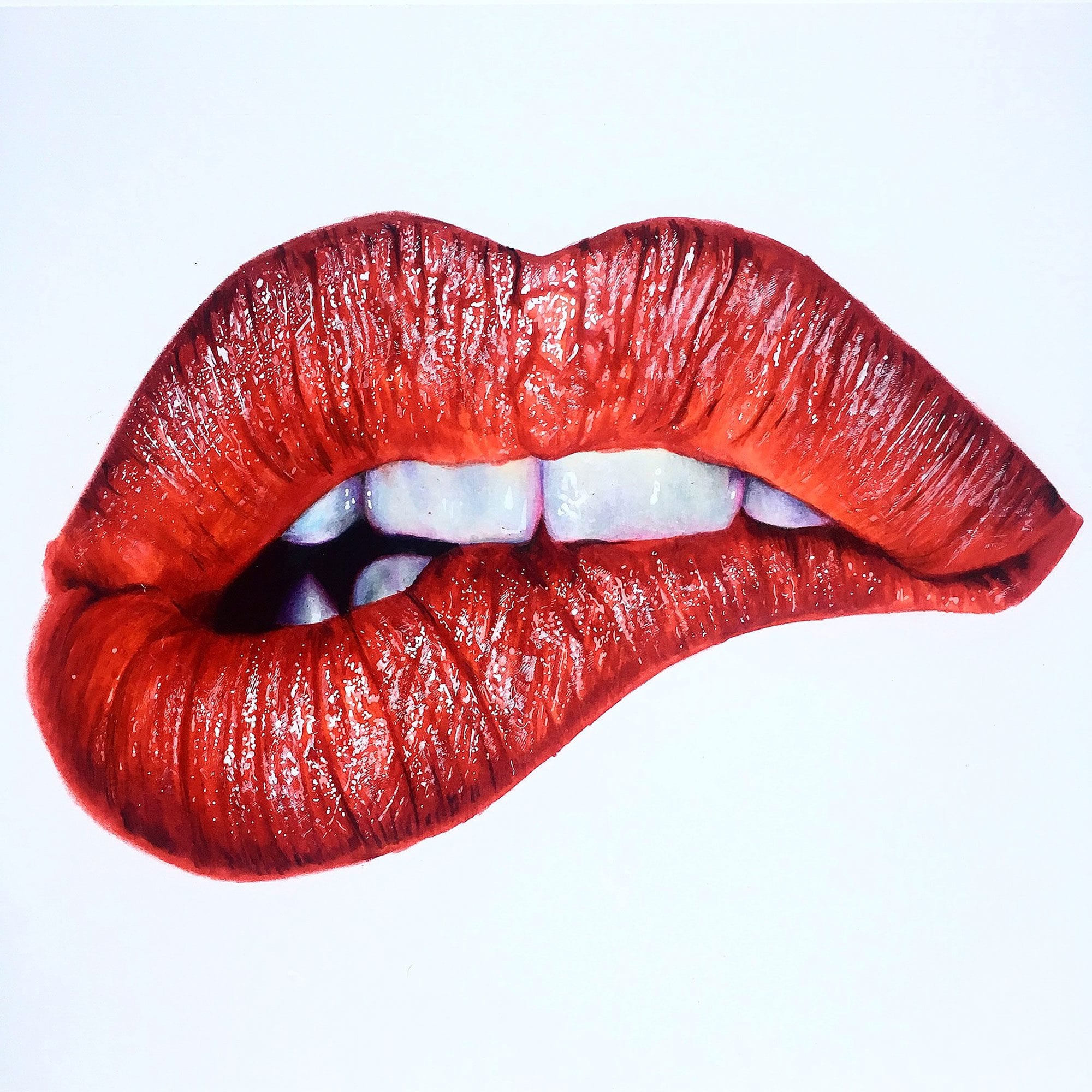 For her lip drawings, Young experiments with different shapes and textures, occasionally adding sequins, sprinkles or jewels. She uses her own mouth as a reference. 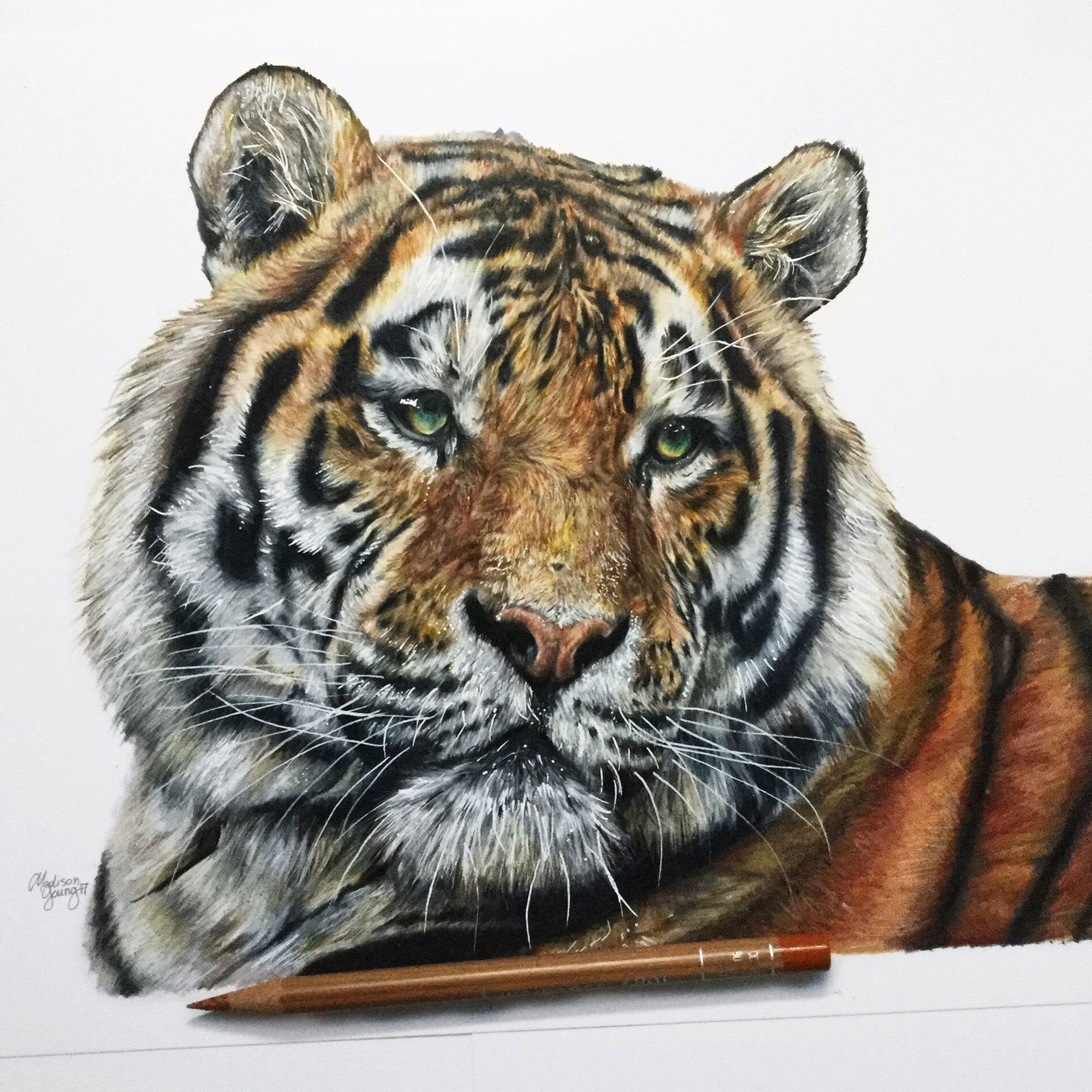 Young likes to draw animals because of the rich colours and details in their fur. For her, art is both her part-time job and a hobby. She takes on one or two commissions each month from people who find her at art fairs or online. 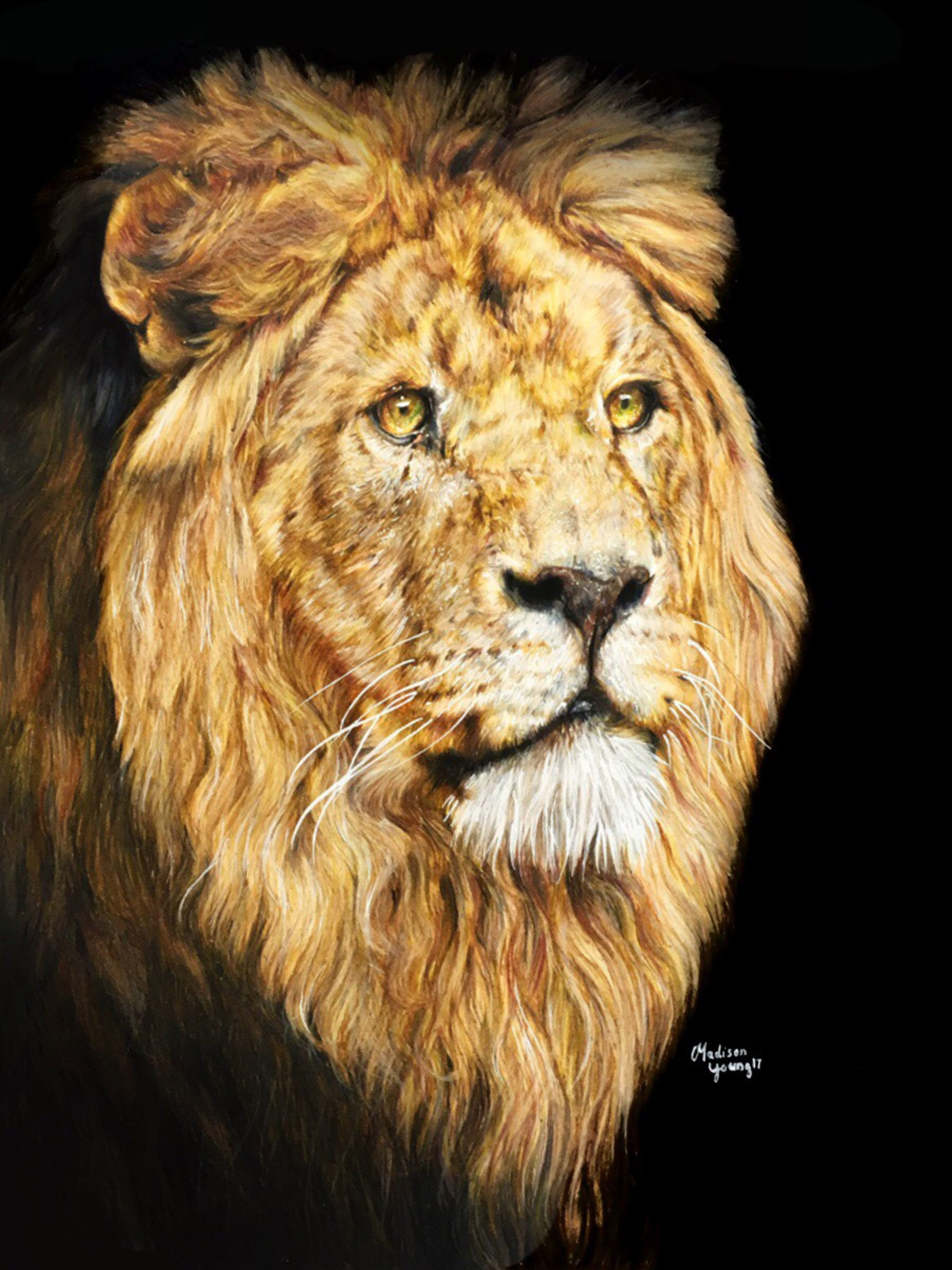 For this drawing, Young added texture to the layers of coloured pencil by using an X-Acto knife to carve out details in the fur. She donates half of the proceeds from the lion drawings to the Windsor-Essex humane society. So far, she’s raised $500 and sold over 30 pieces (her originals sell for around $300, and she charges between $15 and $50 for prints). 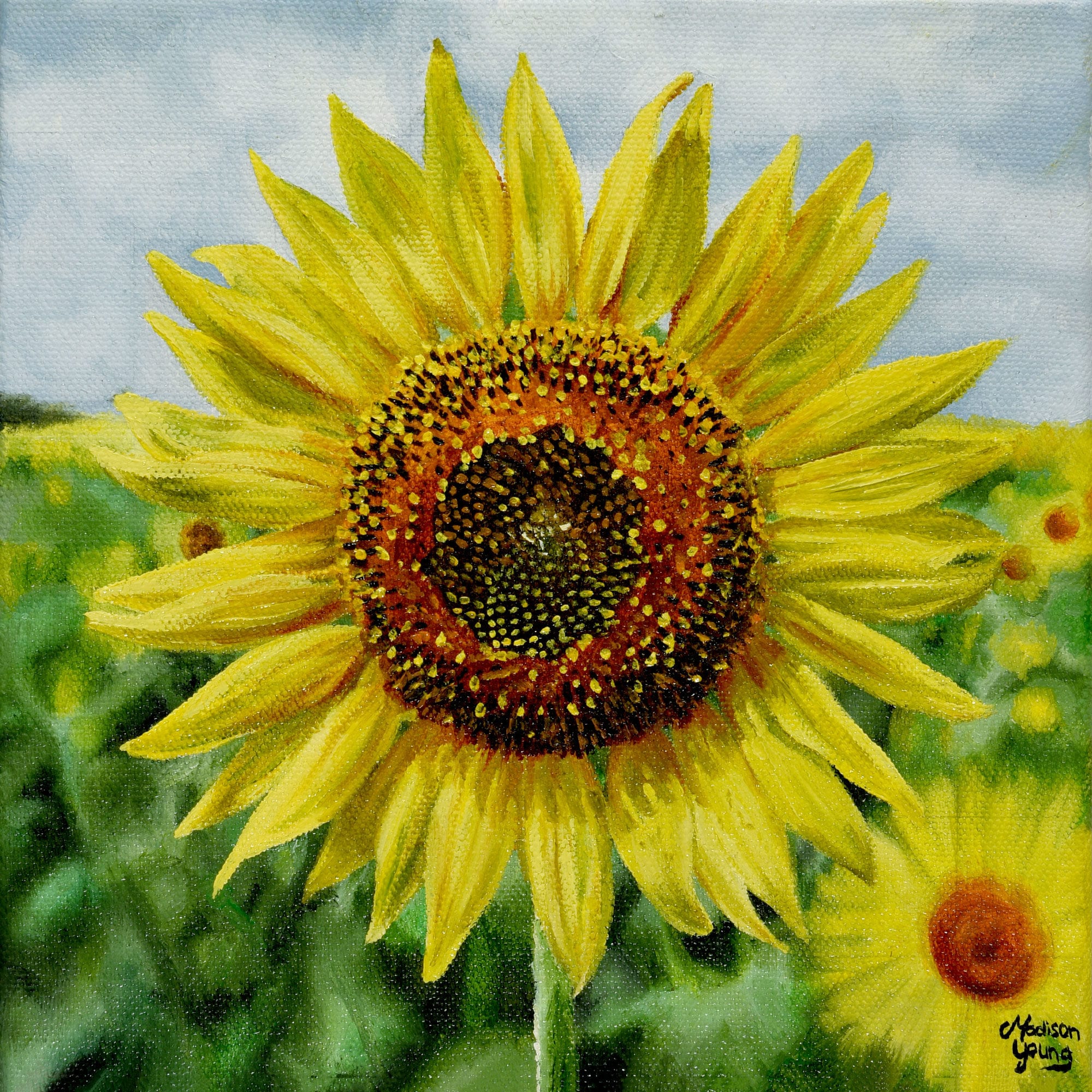 This sunflower is Young’s first oil painting. While she uses coloured pencils as her primary tool, she says she doesn’t want to limit herself to drawing. The only medium she stays away from is watercolour. “I tried, but it wasn’t for me,” she says. 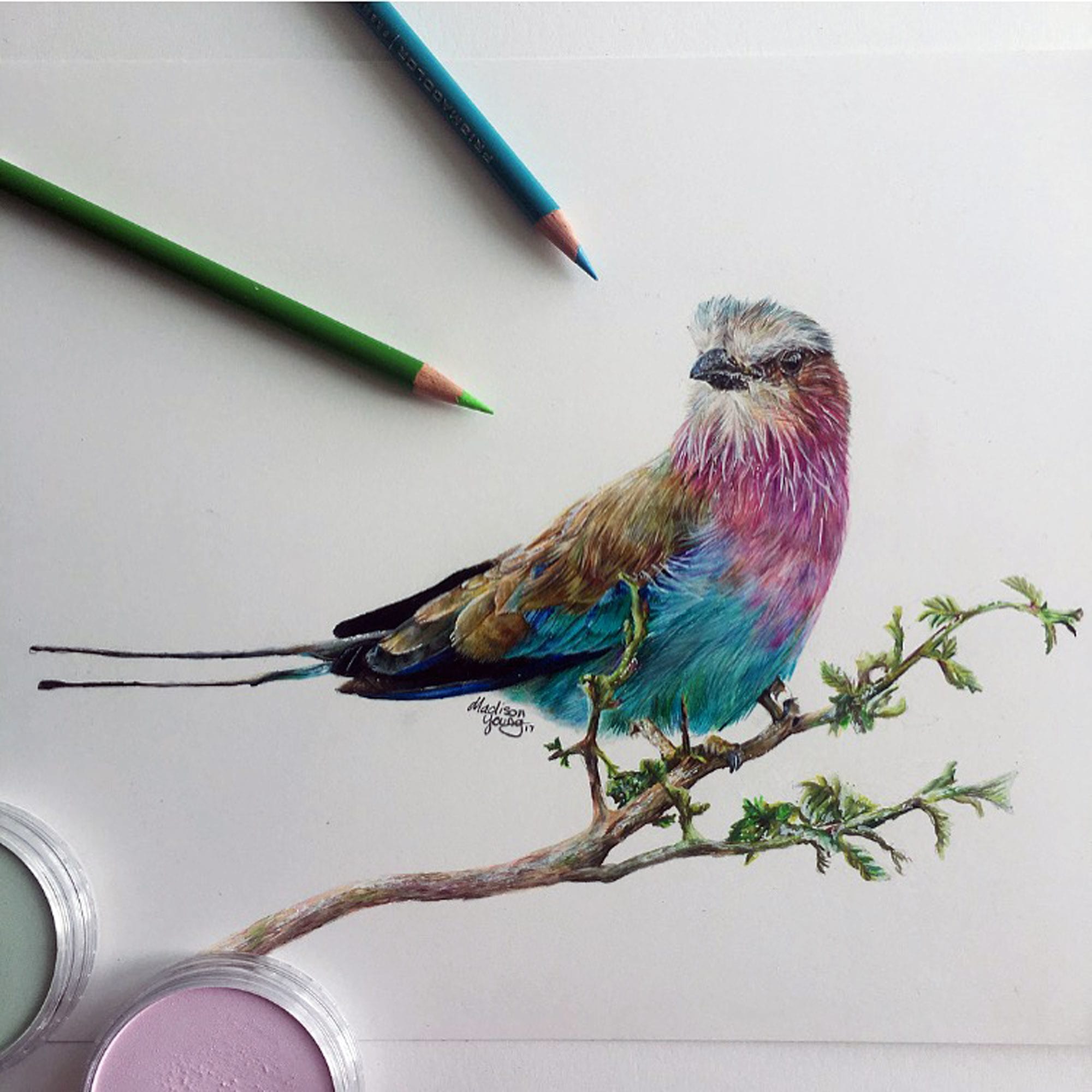 Amherstburg photographers Janet and Alan Arseneault of Chalet Studio Photography asked Young to create a drawing based on one of their photographs from their trip to Africa. “I wanted to draw this one because of all the colours,” she says.