Who’s going to replace Kathleen Wynne as leader of the Ontario Liberals?

Who’s going to replace Kathleen Wynne as leader of the Ontario Liberals?

The Ontario Liberals were decimated in last week’s election, reducing the party from a mighty majority to just seven seats. The next leader will need to fight for attention on a tiny budget while fundraising every night. It’s an enormous task that pretty much rules out political neophytes (sorry Jennifer Keesmaat fans). Nobody has confirmed they’re running yet, but here are 10 names that Liberal insiders are talking about. Let the speculation begin. 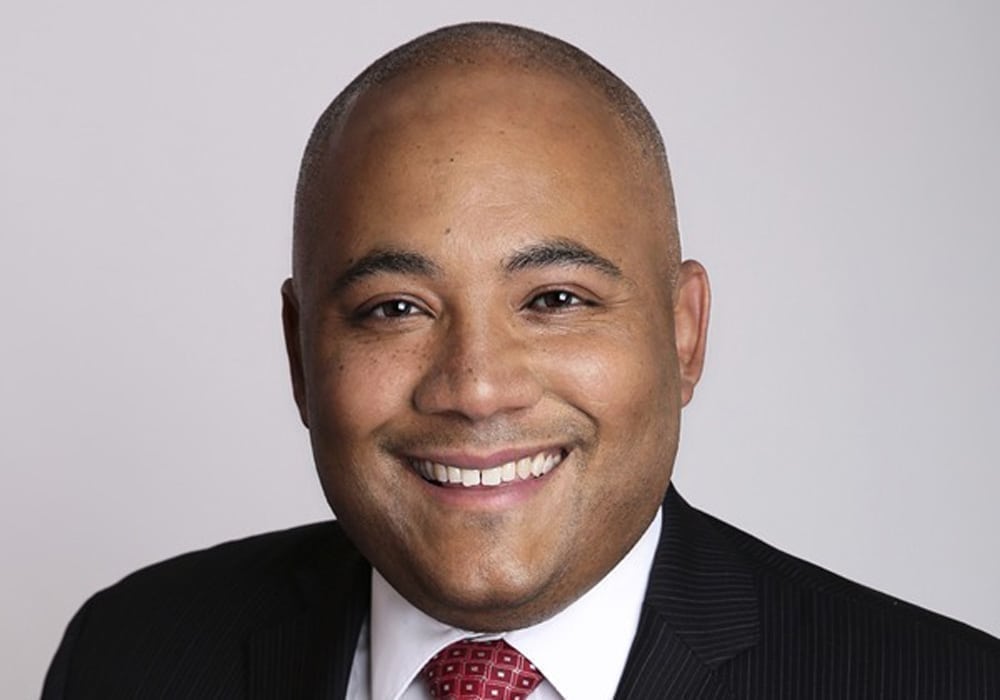 Everyone seems to agree that the affable Don Valley East MPP, one of the few Liberals to retain his seat in last week’s election, is a likely candidate.

First elected in 2011, Coteau was appointed the Minister of Tourism, Culture and Sport in 2014, and he helped to ensure a drama-free Pan Am Games. Afterward, Wynne rewarded him with a couple more-difficult files: she tasked him with overseeing the government’s anti-racism response, just as Black Lives Matter Toronto was turning up the heat, and later appointed him Minister of Children and Youth Services. He recently added another ministry, Community and Social Services, to his bulging portfolio.

Insiders say Coteau’s roots in ultra-diverse, low-income Flemingdon Park could help counter the narrative that the Liberals are beholden to a wealthy elite. But his association with the left-wing flank of the party could hurt at a time when many agree that the Grits need to move back toward the centre. 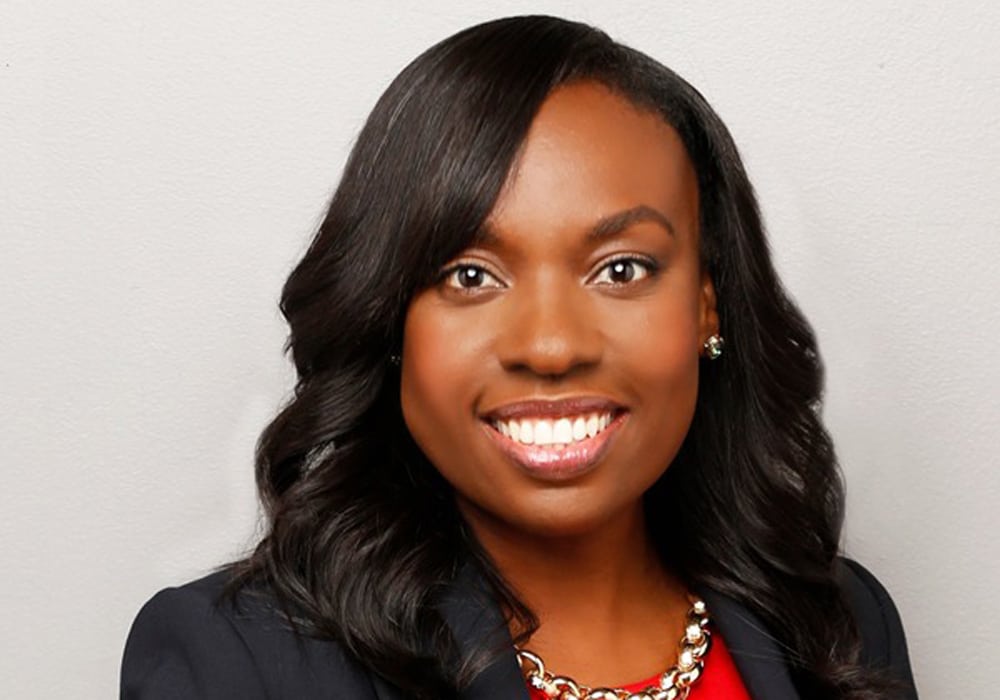 Before winning a by-election in Scarborough-Guildwood in 2013, Hunter headed CivicAction, a local do-gooder organization known for helping ambitious people build up their political networks. Her first big assignment was promoting the government’s proposed Ontario Pension Plan, while Wynne worked to renegotiate the Canada Pension Plan. Hunter did the job well enough that she was entrusted with education, a $25-billion ministry.

She has only five years of experience at Queen’s Park, but that has an upside: less baggage from the McGuinty-Wynne era. Insiders say the fact that she defeated a Conservative in the race for her suburban seat last Thursday speaks to her organizing ability, which could be a big asset in the difficult years ahead. 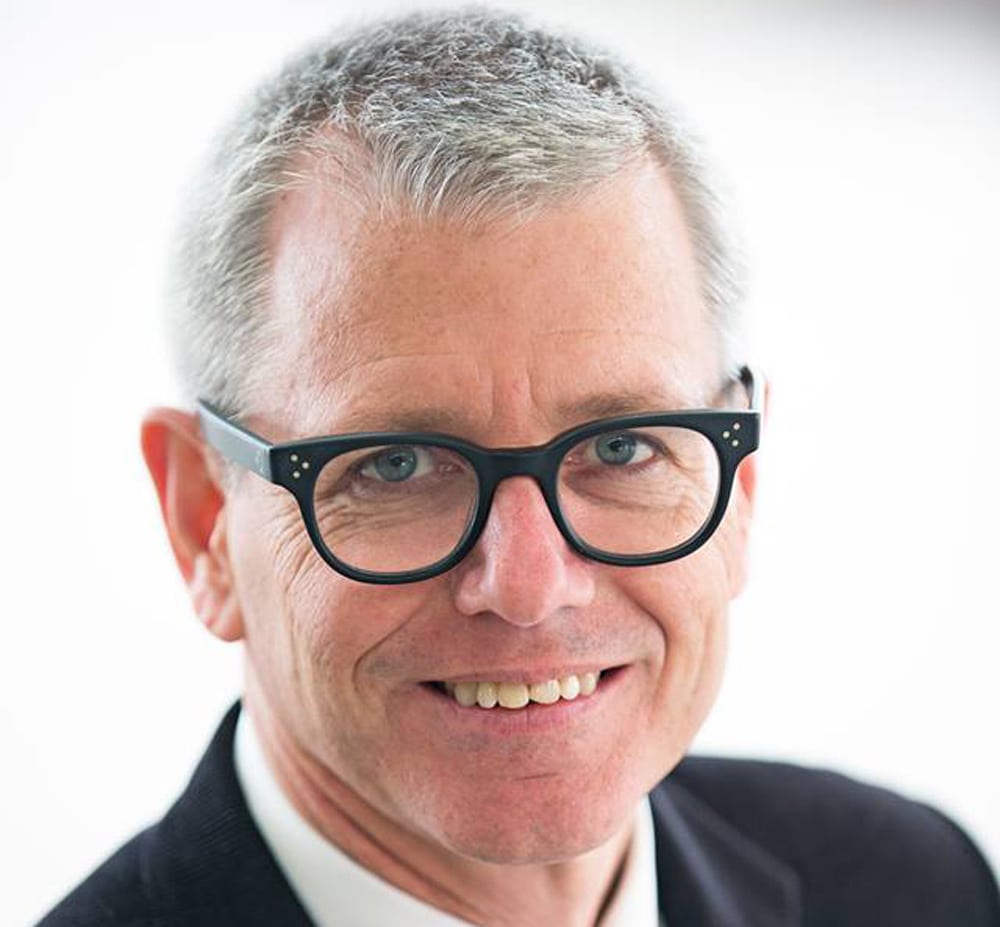 He was a Toronto city councillor, and now he’s a Liberal MP for Spadina-Fort York and a parliamentary secretary with a special focus on housing and urban affairs. He’s progressive enough that he can easily square off against NDP heavyweights, which could help at a time when the Liberals are shut out of downtown Toronto, and he worked in TV journalism for 20 years, which means he could make the most of the limited media attention available to third parties.

Then again, he doesn’t have a seat at Queen’s Park, and he stands a good chance of being re-elected to Parliament in 2019, so he might not want to leave.

The McGuinty-era cabinet minister from Windsor narrowly lost the leadership to Wynne in 2013. She’s only 55 years old, so she could easily run again.

Pupatello’s business credentials (she managed nonprofits before getting into politics) could prove useful against Doug Ford, a man who likes to cite managerial experience as one of his main qualifications. And she’s a solid fiscal conservative at a time when voters seem to crave a leader who can rein in the province’s debt.

One potential snag: Pupatello served for two years as chair of the board at Hydro One, which could allow the PCs to paint her—fairly or not—as part of a Liberal elite, in league with the utility’s CEO, Mayo Schmidt, whom Ford has taken to calling the “six-million-dollar man.” 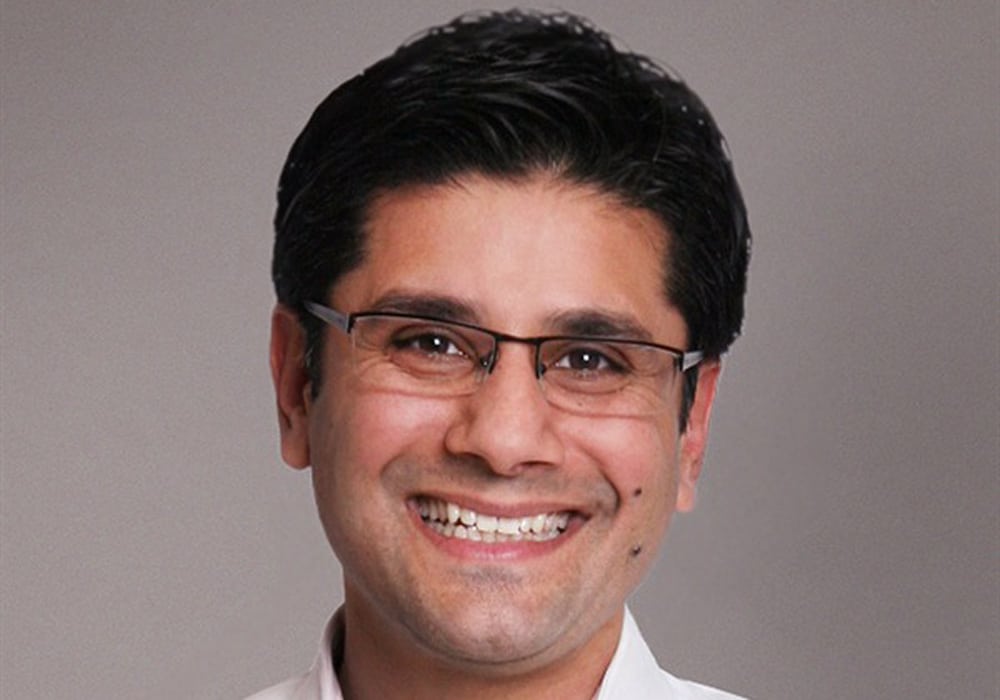 The Ontario Attorney General just lost his seat in Ottawa Centre, but insiders say if there’s anyone who could successfully run the party without a spot at Queen’s Park, it would be Naqvi.

He was born in Pakistan, and has an immigrant success story that could play well with voters in the 905. Another plus: he’s considered a centrist. In fact, more than one conservative said nice things about him after his defeat. The question is whether he wants the job. “He doesn’t have any political baggage,” says one insider. “In Yasir’s case, I think it’s a matter of earning a living for a growing family, and whether or not he wants to take the personal risks of doing this.” 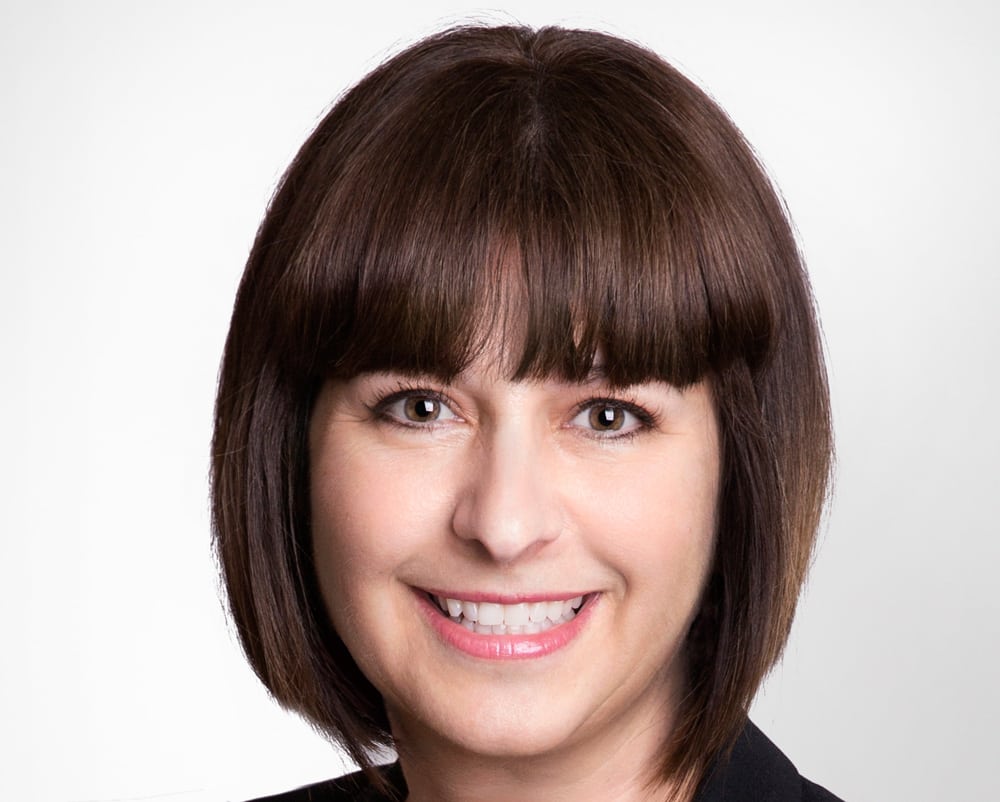 First elected to her Ottawa riding in 2014, Lalonde was rapidly promoted from Whip to Minister of Government and Consumer Services, and then to Minister of Community Safety, where she oversaw a much needed overhaul of Ontario’s corrections system. She’s widely considered a good communicator, in both official languages. She also served as Minister of Francophone Affairs, which insiders say could help her win back seats the Liberals lost in French-speaking parts of the province. But it’s not clear whether she has the organizing skills to rebuild the party. 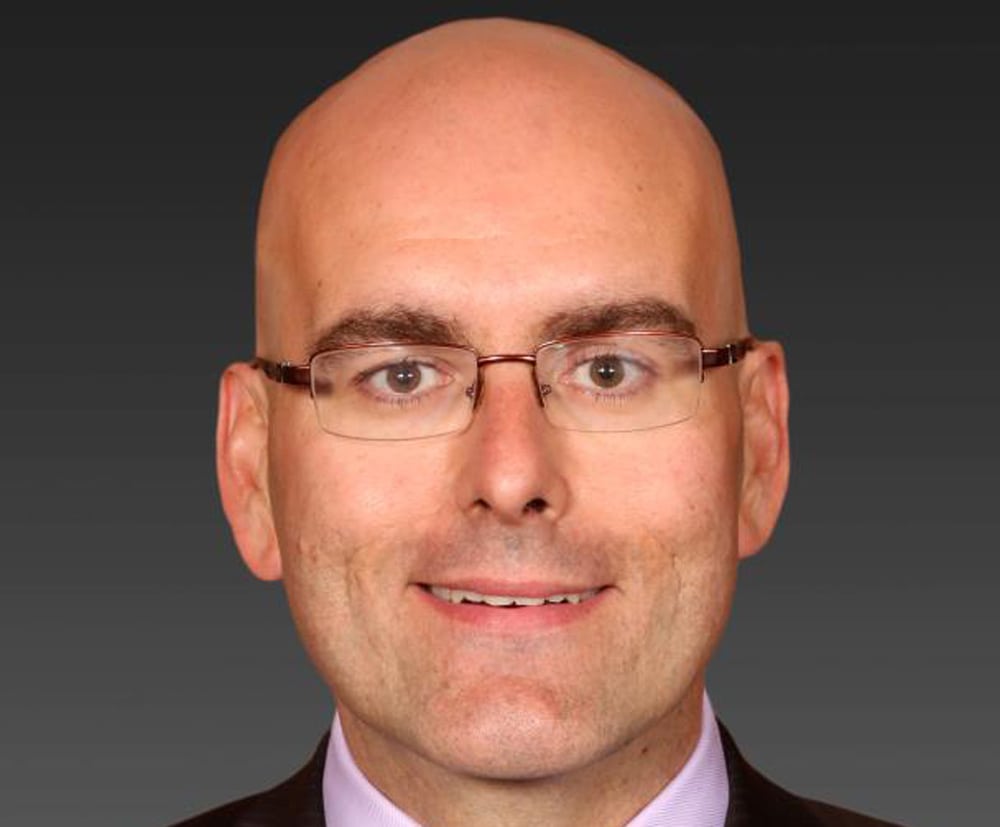 Del Duca has been building his political chops since he was a teenager. He spent most of his time under Kathleen Wynne as Minister of Transportation, cutting the ribbons on new subway stations and helping shape John Tory’s SmartTrack plan. One insider said Del Duca is being urged to run, even though he was crushed by the blue wave in his Vaughan riding last week. 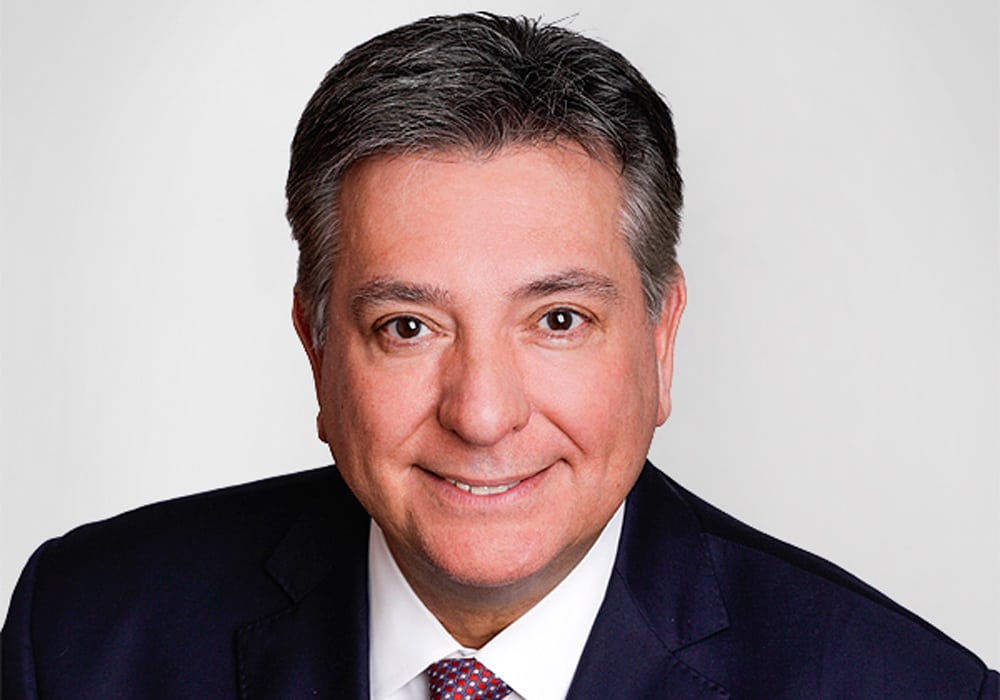 The Mississauga businessman inherited a ballooning deficit when he was appointed Minister of Finance in 2013, and he seemed to be reining things in right up until March, when the party went on a pre-election spending spree. One insider says Sousa’s knowledge of the books could help him take on a Ford government on its own turf: the economy.

Others suggest Sousa is too closely associated with Kathleen Wynne, having stood next to her, smiling and clapping, for all six of her budgets. The fact that he just lost his seat in Mississauga-Lakeshore wouldn’t help.

Duncan lost the leadership to Dalton McGuinty way back in 1996, then served as McGuinty’s Minister of Finance. While Duncan does carry some political baggage from his decades in government, he’s definitely the most experienced person on this list. At 59, he’s just young enough to take over a party that could require a decade or more to rebuild. He may not be willing to leave his Bay Street job, but, if he does, his extensive political contacts could help speed things along.

Age: 57
Current occupation: Chair of the Advisory Council on the Implementation of National Pharmacare
Likelihood of running: Low

Hoskins resigned as Ontario’s Minister of Health in February to take a job designing the national pharmacare plan expected to be a major part of Justin Trudeau’s re-election platform. One insider says that jumping ship didn’t endear him to the OLP, but that doesn’t mean he can’t try to win back their esteem. After all, he did run for the leadership once before, against Kathleen Wynne in 2013.