“We had to socially distance the cars”: How Church on the Queensway set up its wildly popular drive-in services

“We had to socially distance the cars”: How Church on the Queensway set up its wildly popular drive-in services 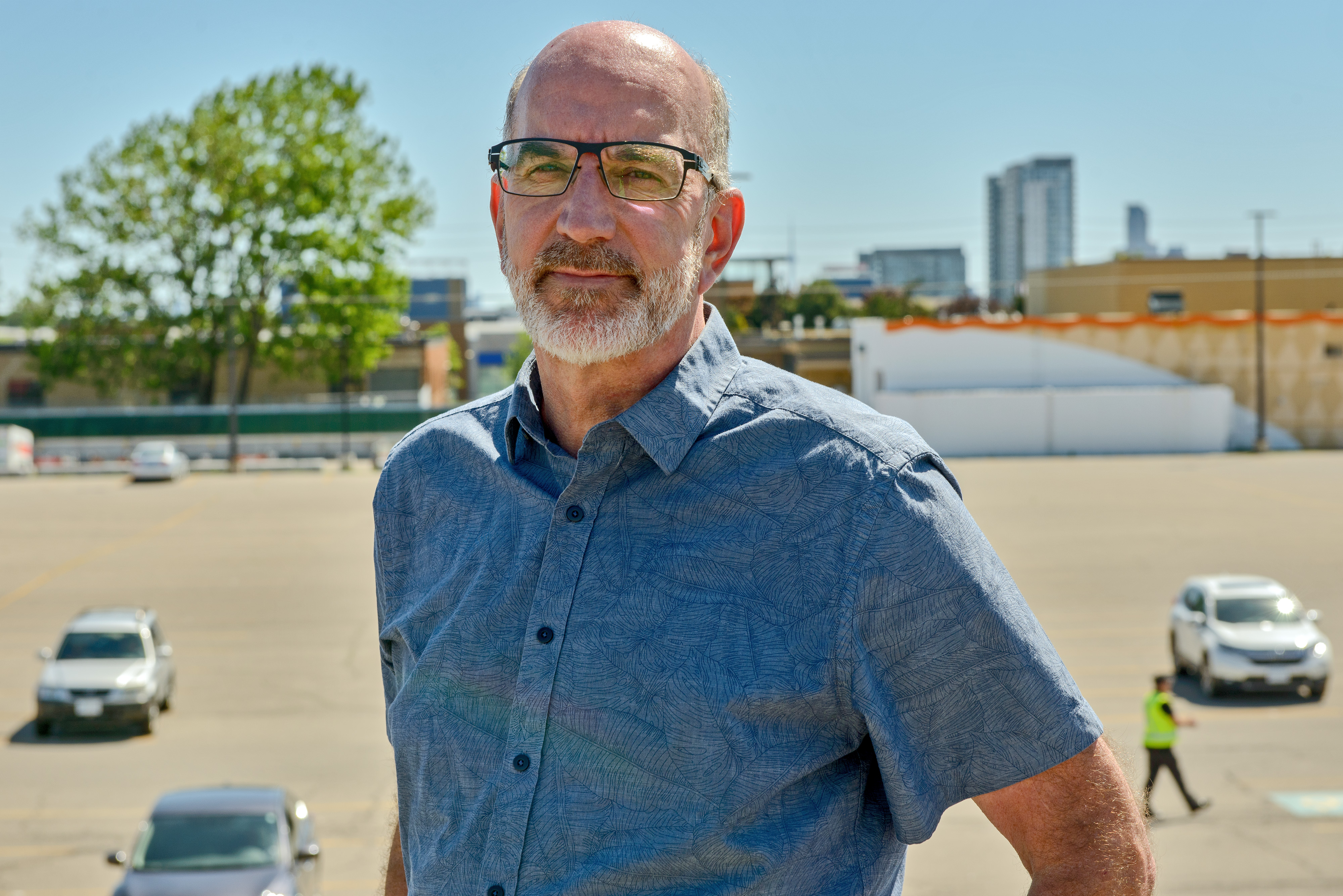 Covid-19 forced Church on the Queensway to close its doors, but executive pastor Roger Berg and church staff found a way to let people worship from the driver’s seat. Toronto Life talked to Berg about the ins and outs of drive-in church.

As told to Natalie Harmsen

“For the past 15 years, I’ve worked at Church on the Queensway as executive pastor. My role is exactly that—operations, business, staffing. It’s a fun place: we’re a seven-days-a-week church with a lot of activities. We have many small study groups, and we have our own gymnasium, so we run sports programs for the members. We have all kinds of kids’ activities—they get to play in the gym, they come up for lessons. We’ve done huge picnics and barbecues in our parking lot. To get all of our work done, we require a lot of volunteers, and that’s where the congregants step up and create the community environment. If you were to talk to people in our church, they would say they come here because they can give back. A lot of people are looking for ways to help out.

“On any given Sunday, we usually get close to 3,000 people for our services. When the pandemic hit and social gatherings were closed, we pivoted to livestream, doing all of our services with just four or five people in the auditorium. It was great, but church is not just about delivering a message. It’s also about community, and our congregants weren’t getting that anymore. These people were used to being together every Sunday. The kids, especially, would get to see their friends. We had people feeling lonely, people who missed the opportunity to come in and give somebody a hug or high five. Some of our folks had lost their jobs, and they were going through difficult times. They were struggling.

“At the end of April and beginning of May, we started to see places in the U.S. doing drive-in church. We spoke to Premier Ford, and in late May, he gave us permission to start up drive-in services ourselves.  We built a little platform outside, and we put speakers all around. Our educational wing has a flat roof, so the senior pastor would stand on that roof with the speakers and do his message from there, and our band would play on the platform. Our parking lot can hold up to 900 cars. Each car would require a two-metre perimeter around it—we’d skip parking spots to ensure there was enough space. Basically, we’d have to social distance the cars.

“For a Sunday service setup, our church pastoral team—around eight to 10 people—came in starting at 6:30 in the morning, hooking up the wires for the speakers. They had everything ready to go in about an hour. We did two different services, at 9:30 a.m. and 11:11 a.m. And our other pastors who weren’t part of the service came in and worked as valets, directing the cars and showing them where to park. Our band was all of three people, because of social distancing rules. We weren’t able to open the church to our congregants, so they couldn’t use the washroom, but we kept the services very short, only 40 to 45 minutes.

“The first drive-in sermon took place on on May 24. It was about Daniel in the lion’s den, and how to handle difficult situations. Our senior pastor compared the situations those prophets were facing with what we’re facing with Covid. That first week, we had about 200 cars come in.

“We did drive-in church for several Sundays after that. People weren’t allowed out of their vehicles, but they often stood up through their sunroofs throughout the service. They waved to each other, they talked to each other from their windows. They had perfect weather, and they loved it—just the fact that they could see somebody else and feel like they’re in church. Several congregants told us how inspirational they found the services, how they left feeling full and uplifted. ‘I sure could feel God’s presence there. Such a wonderful energy,’ one man said. ‘I’m so glad I came today.’ At times we’d say, ‘You can’t yell out Hallelujah, but you can honk your horn,’ and everybody honked. 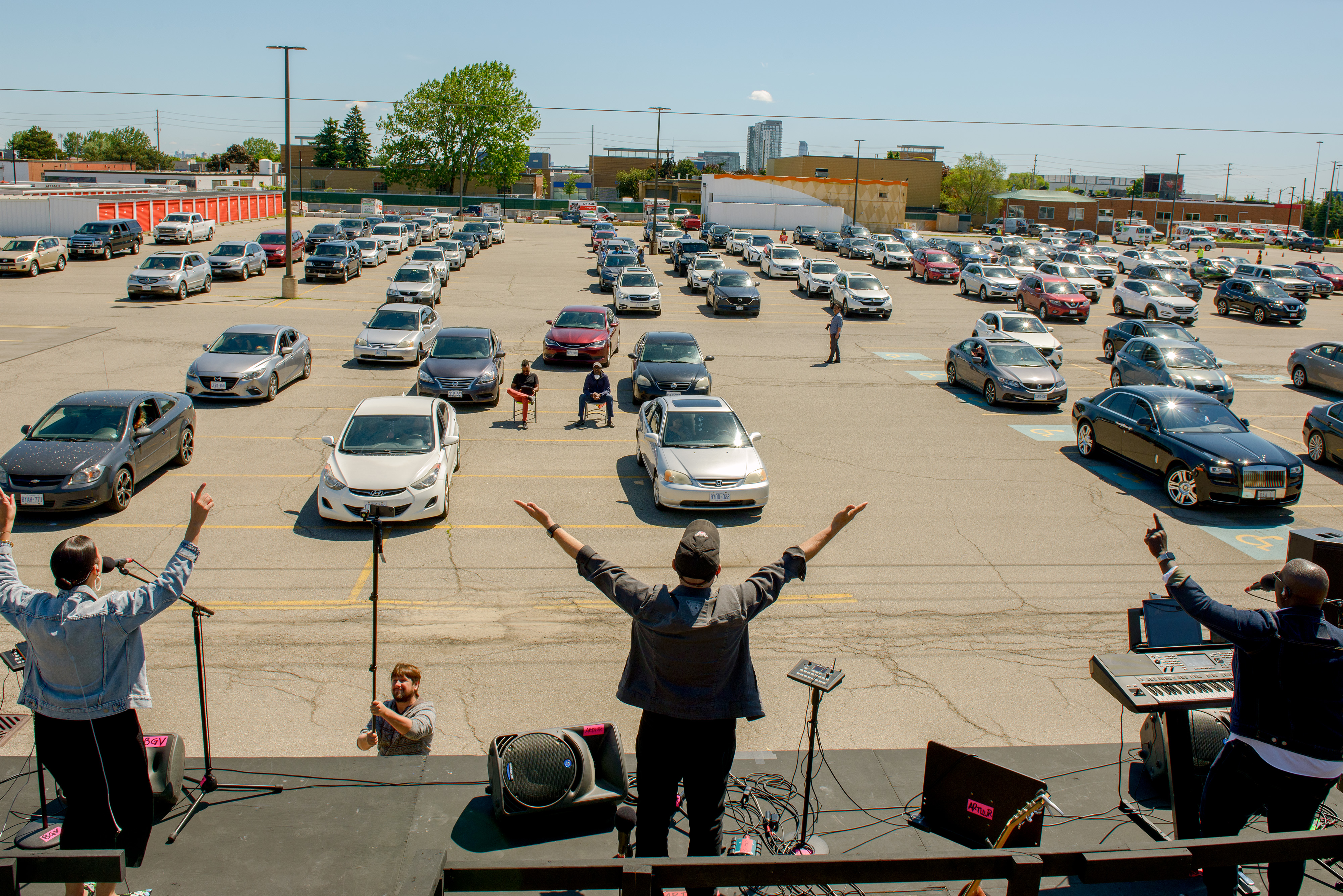 “The experiment went very well. We arranged to have our own FM radio station so that when the pastor was speaking, people could listen in their cars. We learned how to be more efficient on how to park the cars, keeping the vans and the big pickup trucks at the back of the parking lot and letting little cars up front.

“We still livestreamed at the same time as the drive-in service. We pre-recorded the service at 8 a.m. in our sanctuary. The pastor did the same message, so people who couldn’t come could still watch it at home. In the very first week, we were shocked to see we had somewhere in the neighbourhood of 4,000 people watching. By the second month, we were up to about 12,000 people on Sundays from all around the world. We had people from South Africa, Brazil, India and other nations watching late at night. 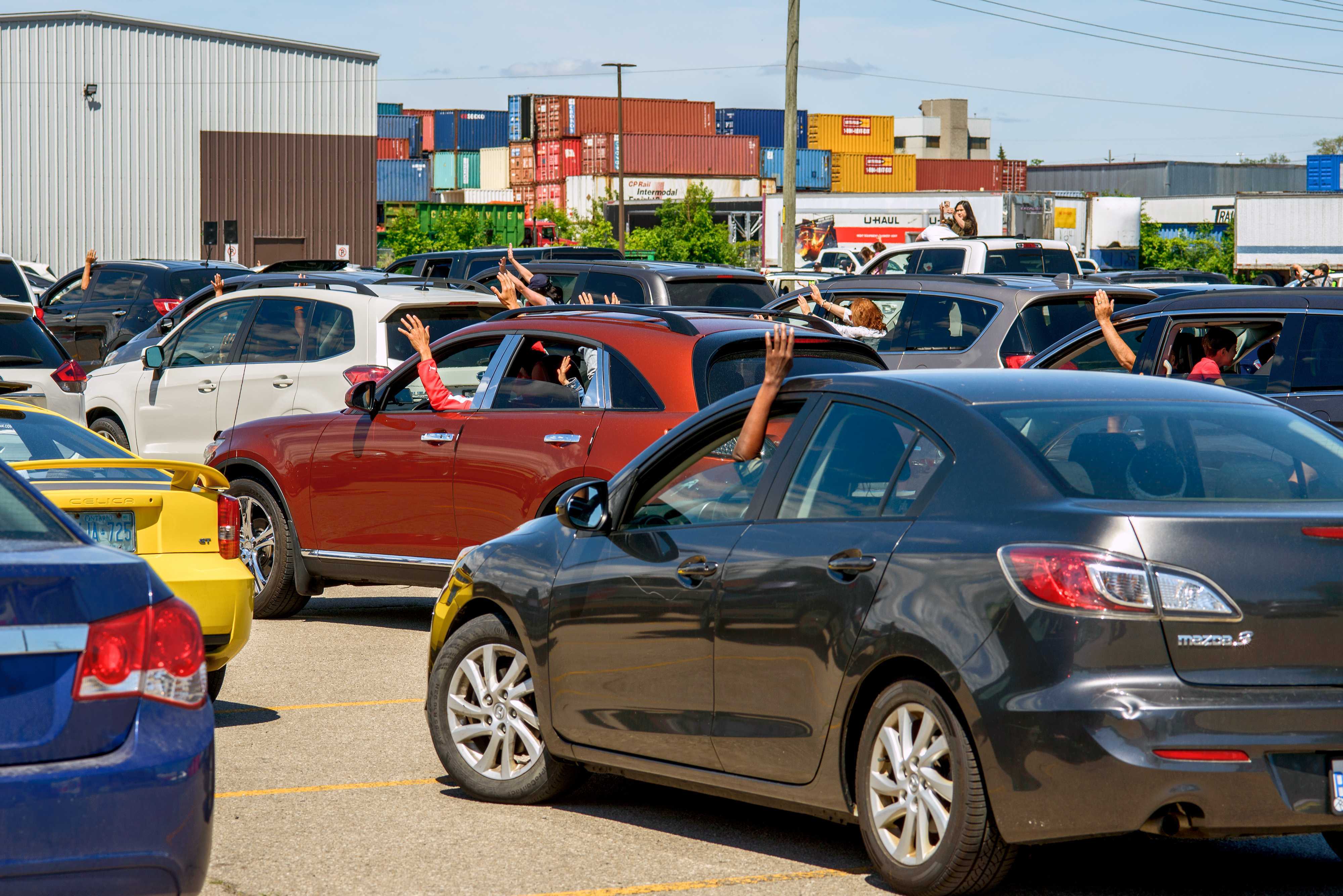 “I’ve had emails from a few of our people who have thanked us for the drive-in services. They’ve been locked up in their homes for two months, and this was their first opportunity to feel like they were physically coming together. There were probably 50 cars with families who attended church every weekend. But the other 50 to 100 were people coming for the first time.

“Earlier this week, Doug Ford announced churches can reopen, so our drive-in church experience has ended for now. We’re putting everyone’s health first, only filling the building to 30 per cent capacity, and we’ll continue our livestream versions for congregants who prefer to remain at home during these times. We are not concerned about getting big numbers into the church. We’re just excited that we can come together again as a family.” 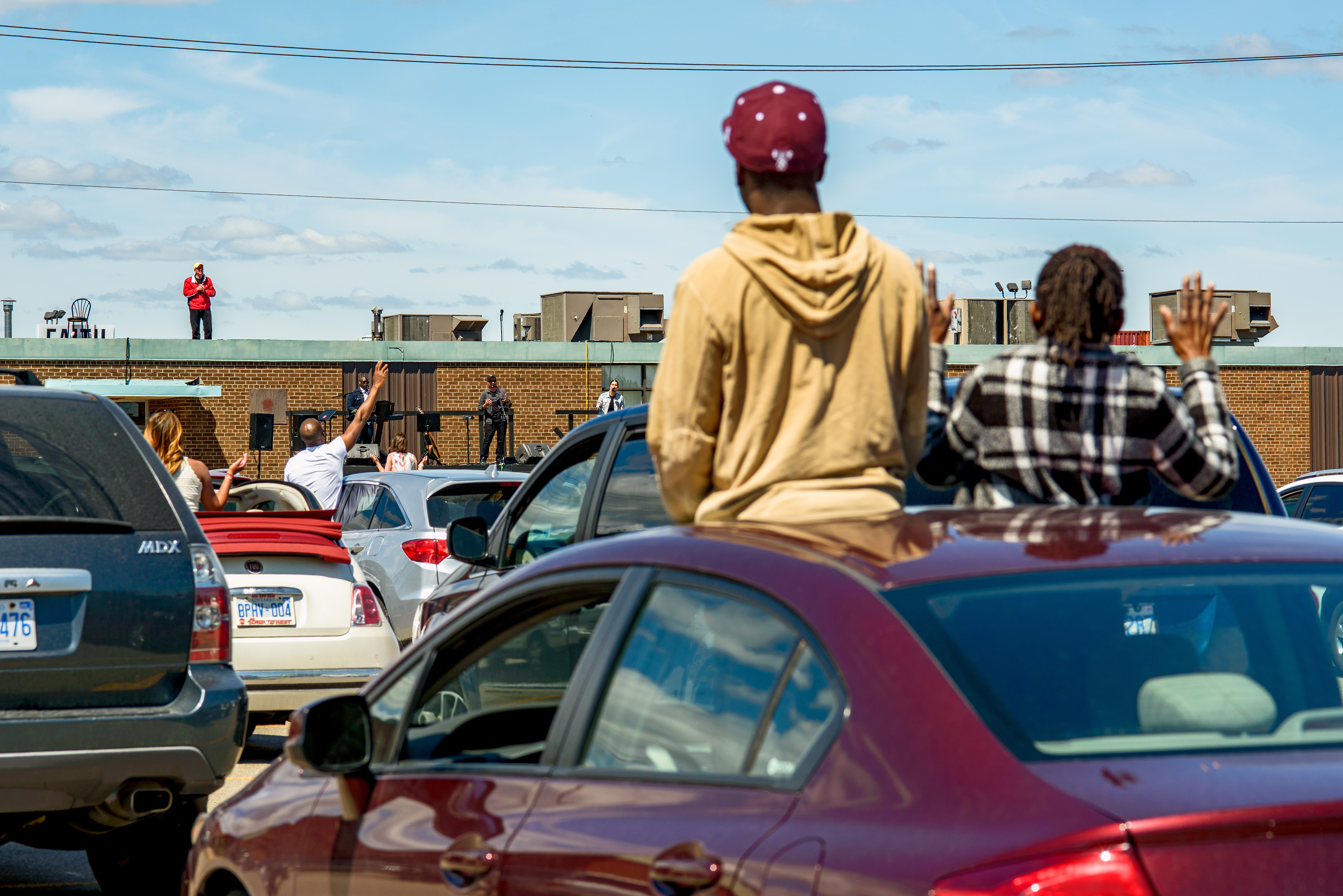 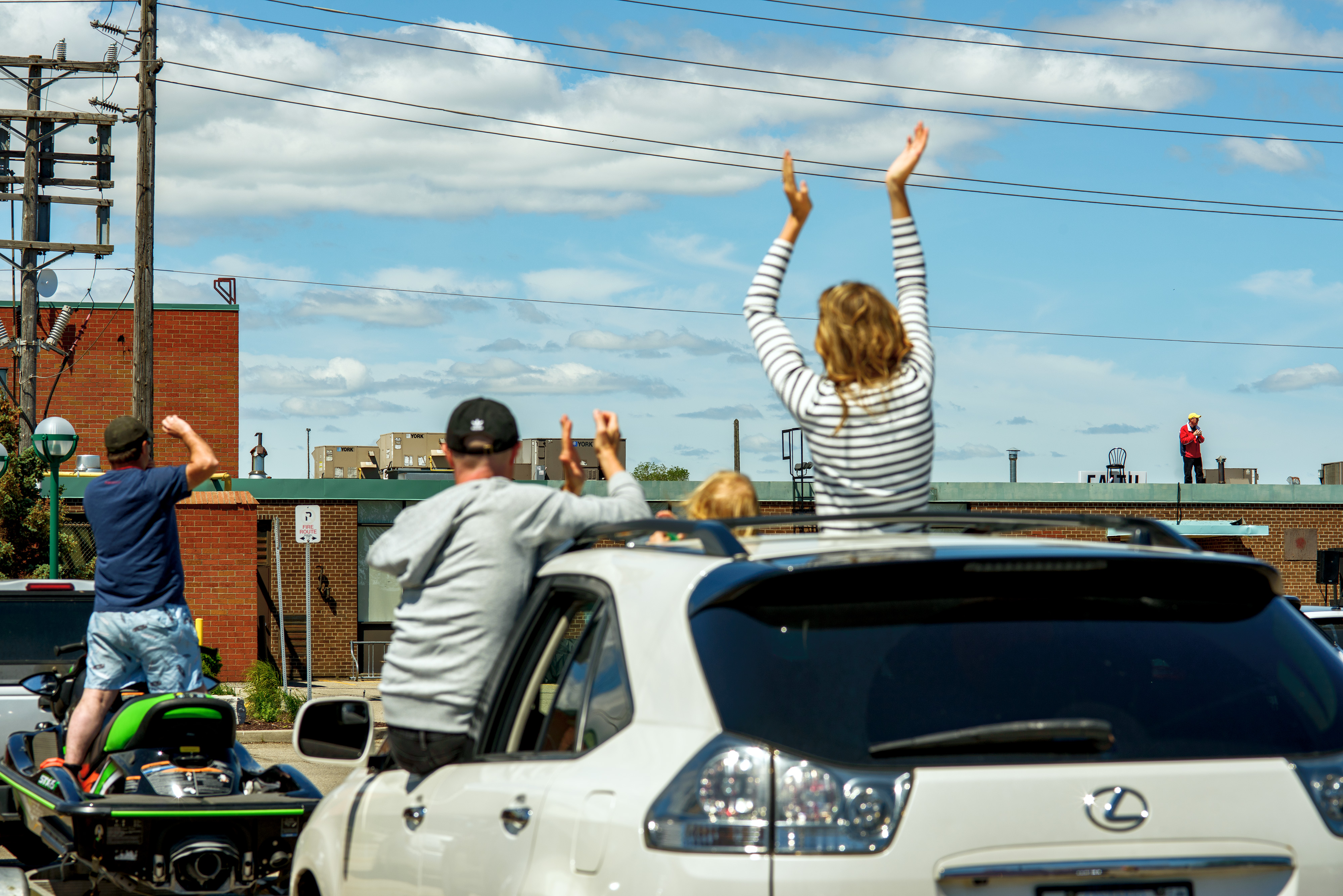