Earlier this week, when the Canadian Olympic Committee decided to pull our athletes from Tokyo 2020, it felt like a no-brainer. As Covid-19 upends the global order, there are few things more precarious than planning the world’s largest athletic competition. Soon after, the International Olympic Committee deferred the Games until 2021. But for the athletes who’ve been tirelessly preparing for these Olympics, the news was heartbreaking. Some will be able to compete in 2021. Others are watching their Olympic window slam shut. We chatted with local hopefuls about how Covid-19 has put their athletic dreams in limbo. 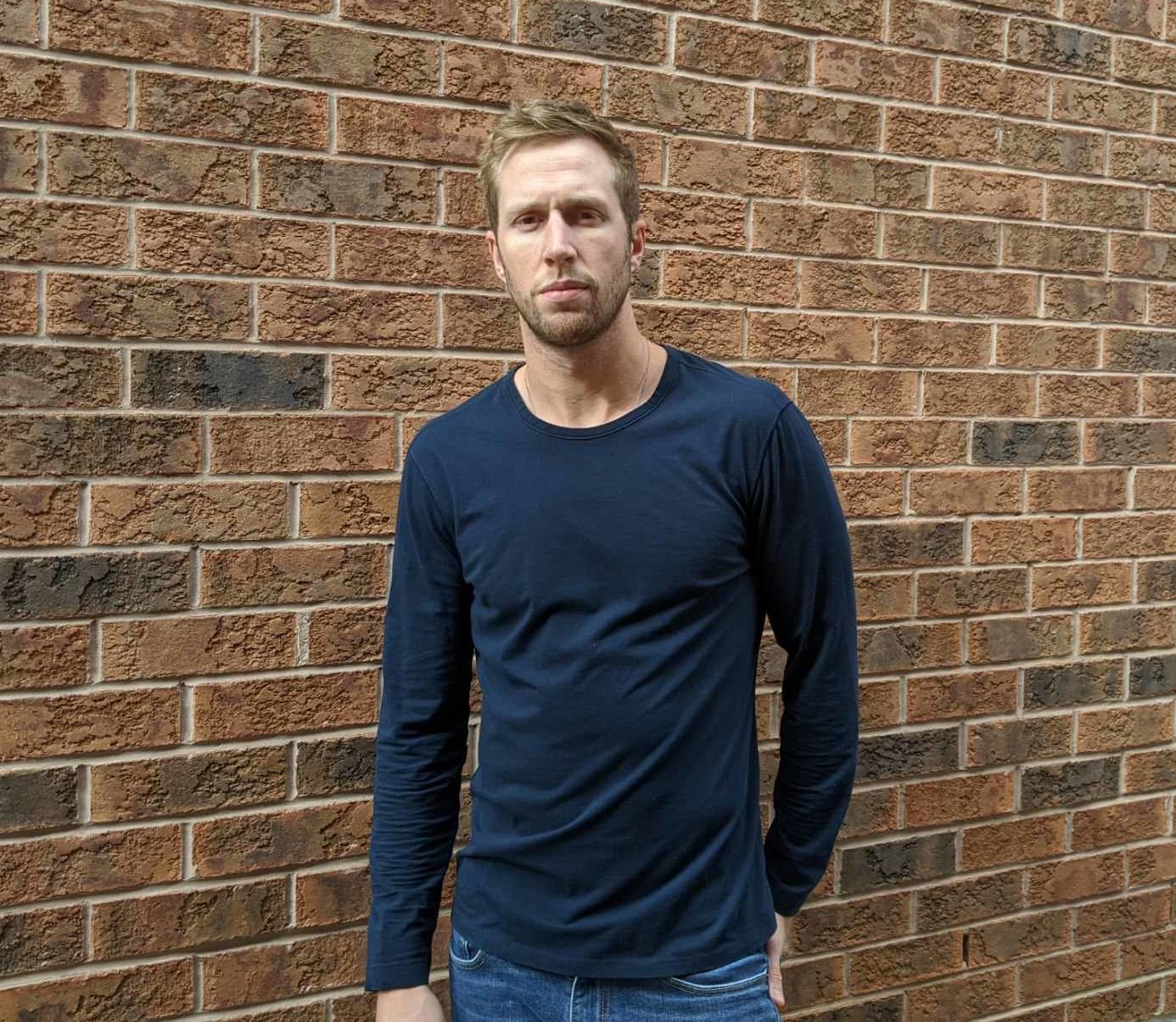 The reality just set in and it’s extremely disappointing. At the same time, it was also a bit of a relief. Like a lot of athletes, I was worried about my health when it came to travelling. There are lives at stake, not just athletes’ desire to compete. I’m lucky, I went to the Olympics in 2016, but Tokyo 2020 was my chance to get a medal. Whatever happens, I think I have another four years in me—I should be able to stick around and make another run at it. I’ve started looking into doing a coaching certificate or a master’s program in high-performance coaching. We all have plans for after sport: maybe it’s time to accelerate those. 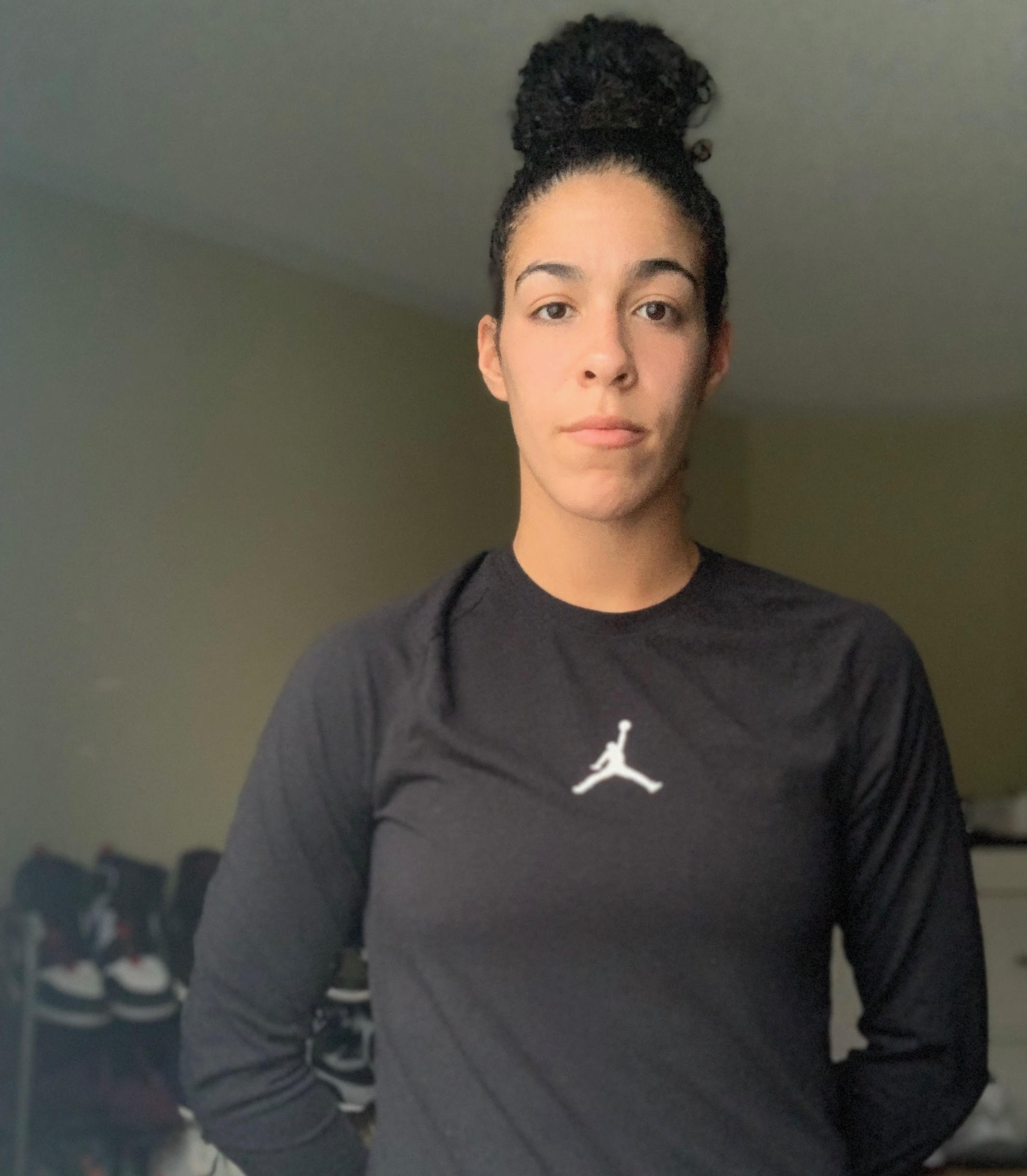 It was heartbreaking to hear that my Olympic dream was taken away. I’ve been preparing every day for the last four years. It’s particularly tough because I think I’m coming into my prime. Recently, I’ve felt a positive momentum that’s different from anything I’ve felt in my career so far. But postponing the games was the right thing to do. Right now, the best thing we can do is not be around each other. It would have been really weird to go to the Games this summer and not be able to talk, to meet people, to go out. The Olympics only happen once every four years, and the scary thing about being an athlete is that you never know how long your career is going to last—which game, which practice is going to be the last one ever. 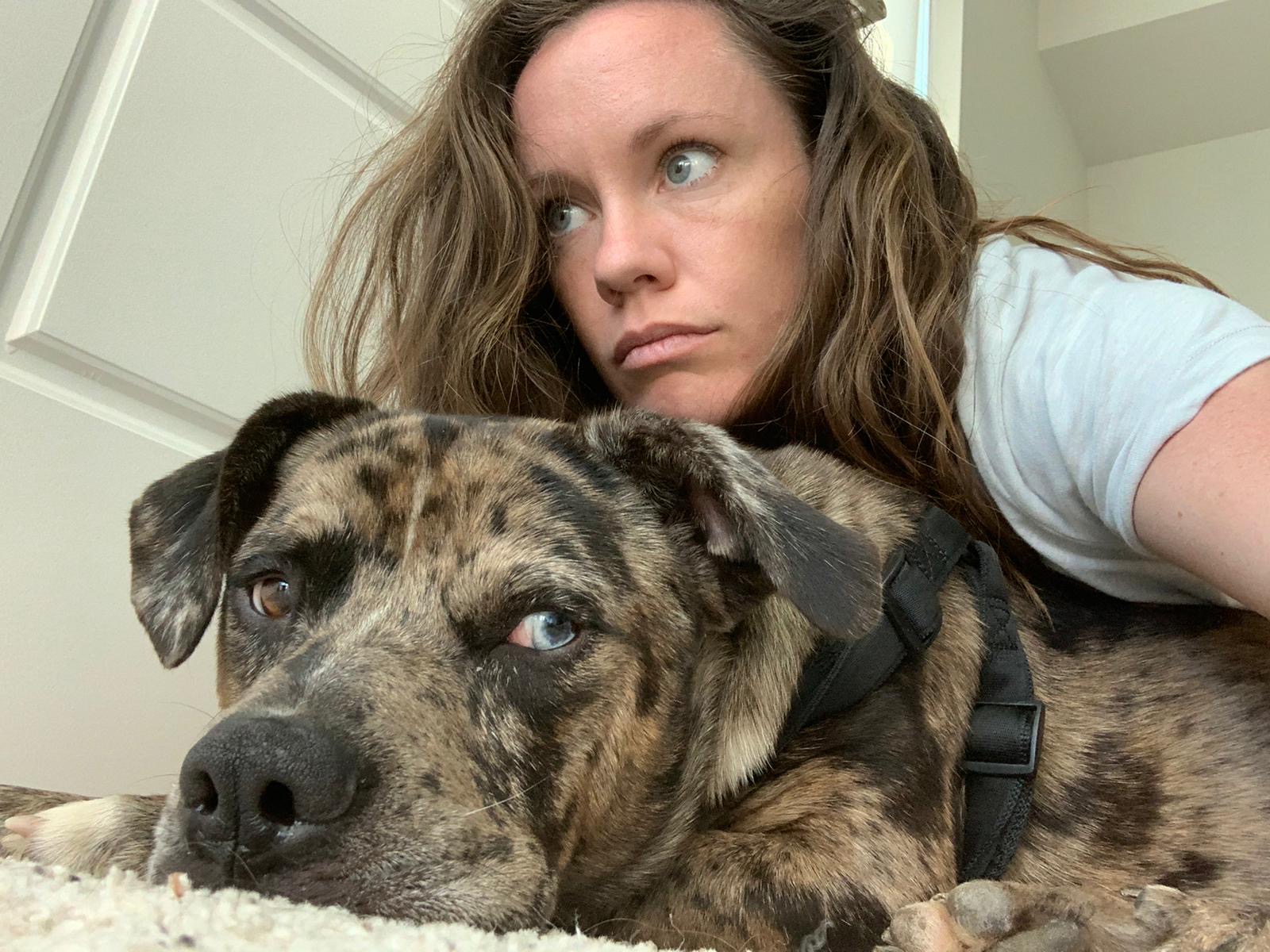 I’m just happy they’re taking these measures so athletes and support staff can stay healthy. We don’t know what the virus is going to look like in the summer, and making the decision now so everyone can prepare for 2021 is definitely the right move. It will be nice if everyone can get together next year and say, “We kicked this virus.” I’m frustrated at not being able to train and being stuck inside. I’ve been trying to find fields to do individual training, but I’ve been kicked off a few because they’re closed. I’ve started fostering dogs since we went into quarantine. That’s one of my coping solutions. This week, I have a three-year-old catahoula named Logan. The dogs are definitely keeping my mind occupied. 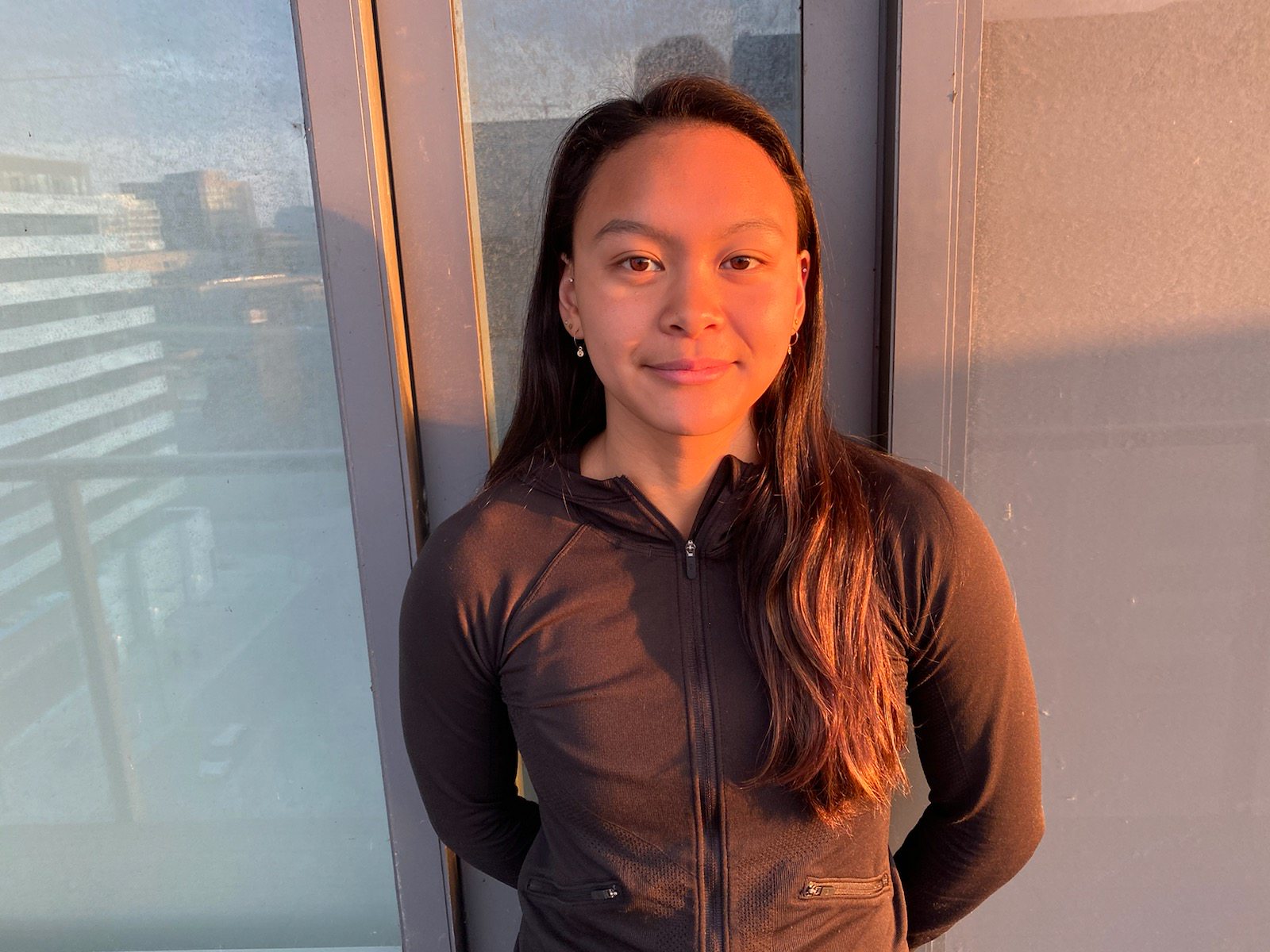 I’ve had my eye on Tokyo since my good friends Penny Oleksiak and Taylor Rose competed in Rio 2016. I moulded my life from that point to be successful in 2020. So it’s been a challenging couple of weeks. It’s something that pushes me and makes me want the glory of the Olympics even more. At the same time, it’s comforting to know that the Games have been postponed. I don’t have to worry about my physical performance right now, I just have to worry about my friends and my family. My mom is a nurse at Scarborough General, so she’s helped me understand how serious the virus is. She’s handling it well, and I’m really proud of her and all the doctors and nurses who are working tirelessly while we’re at home. I’m still waiting to see what happens with qualification. Nobody’s been nominated for the team yet, so I think the process is going to have to start over again. But I’m still young. For a while now, Penny has been telling me to set my sights on 2024 because female swimmers peak around 24 or 25 years old. So the postponement might even be good for me. 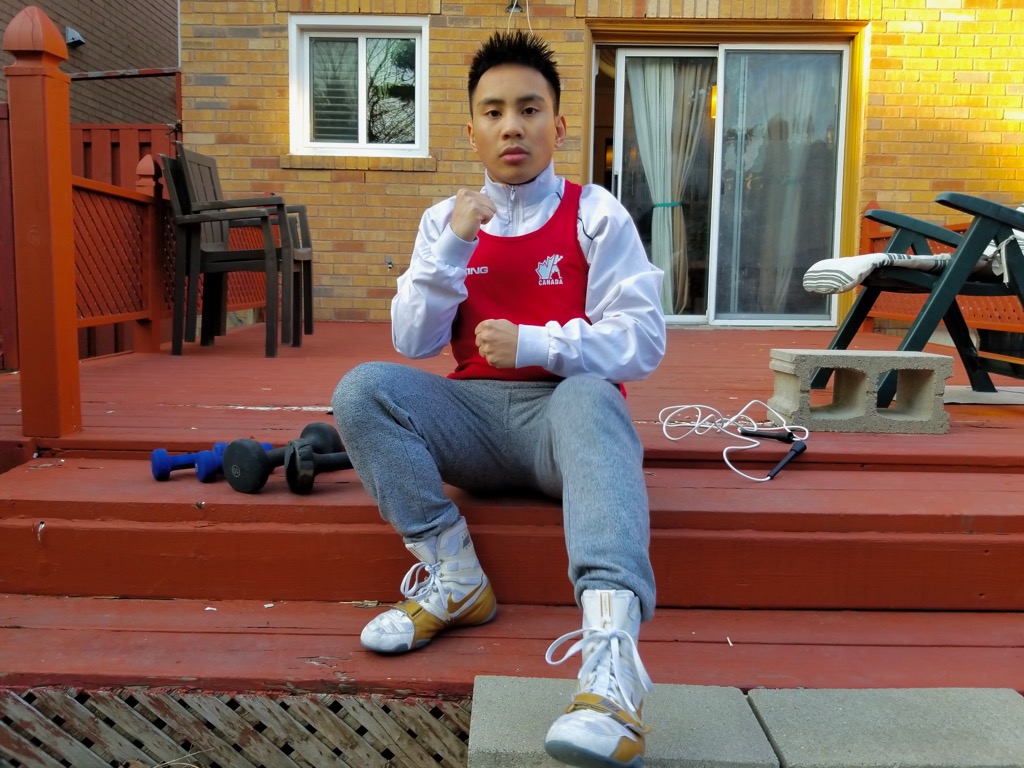 I really wanted to compete. The Pan-American Games in Toronto in 2015 was when I started taking boxing seriously. I’ve been visualizing myself competing at the Olympics ever since. But it was a relief when they postponed it, and it’ll be an advantage for me. I’ve only been on the international circuit for two years, so now I’ll have a chance to get more experience. Now that the summer is wide open, I could potentially pursue my academic goals. I put my bachelor of nursing on hold after my first semester: I nearly failed because I was juggling boxing and school. I was doing five courses while I was on the national team. I’ve got a few options after Tokyo: I could go pro and start making money, maintain my amateur status and wait for Paris 2024, or start my nursing career. It’s like a video game, I’ve got three paths to choose from. 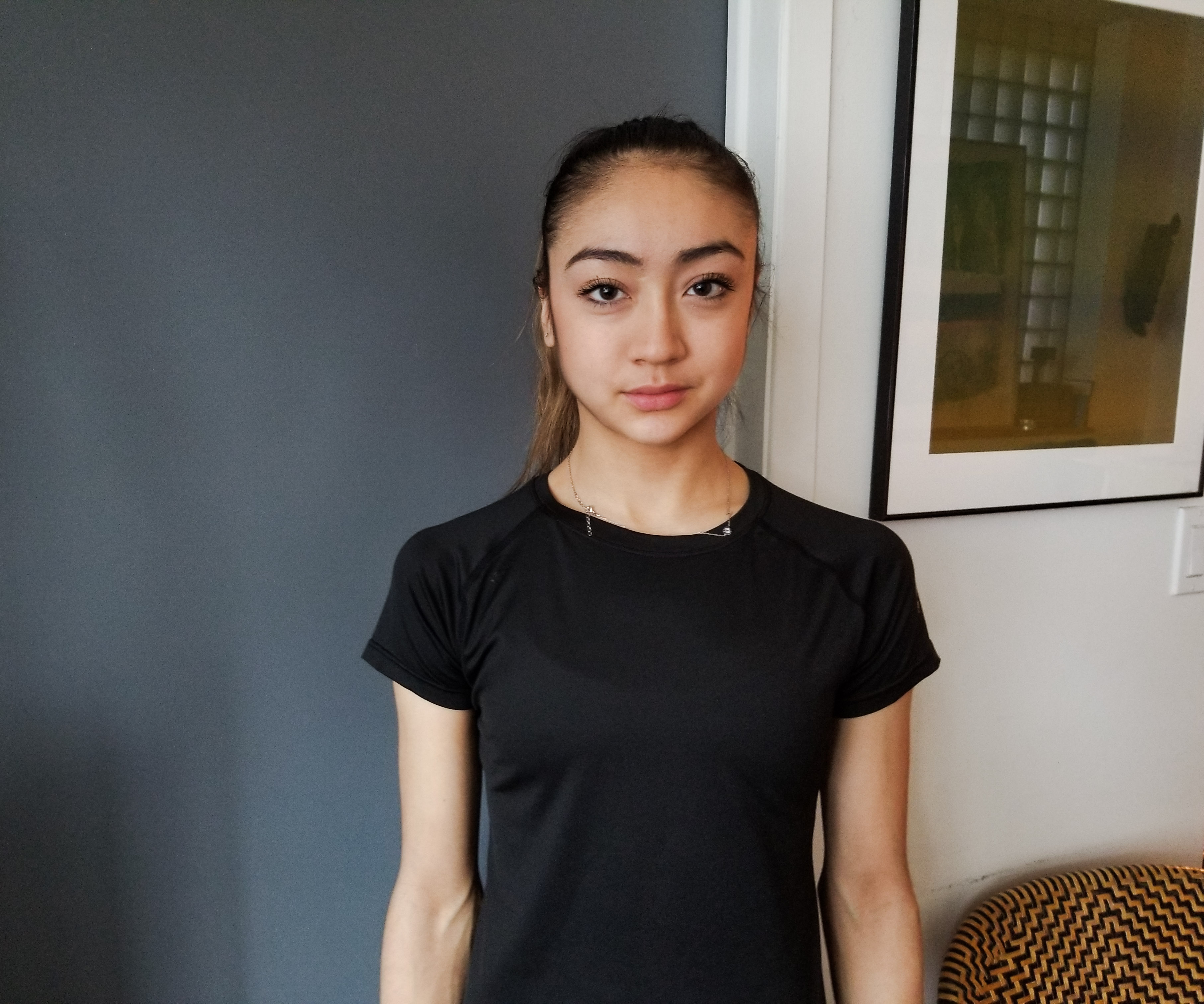 When I first heard the news, it didn’t feel real. I’ve been preparing for the Olympics for as long as I’ve been doing gymnastics—13 years. But I knew a postponement was possible, and ultimately I’m relieved. The virus needs to be taken seriously. It would have been way too risky to go ahead. I’m just trying to focus on the things that I can control. I do a lot of visualization to keep the stress levels down. Physically, I’m doing yoga in the morning. I’m also trying to keep up with school. I’m taking a bachelor’s in sociology and international studies at U of T, and all of our classes are online now. 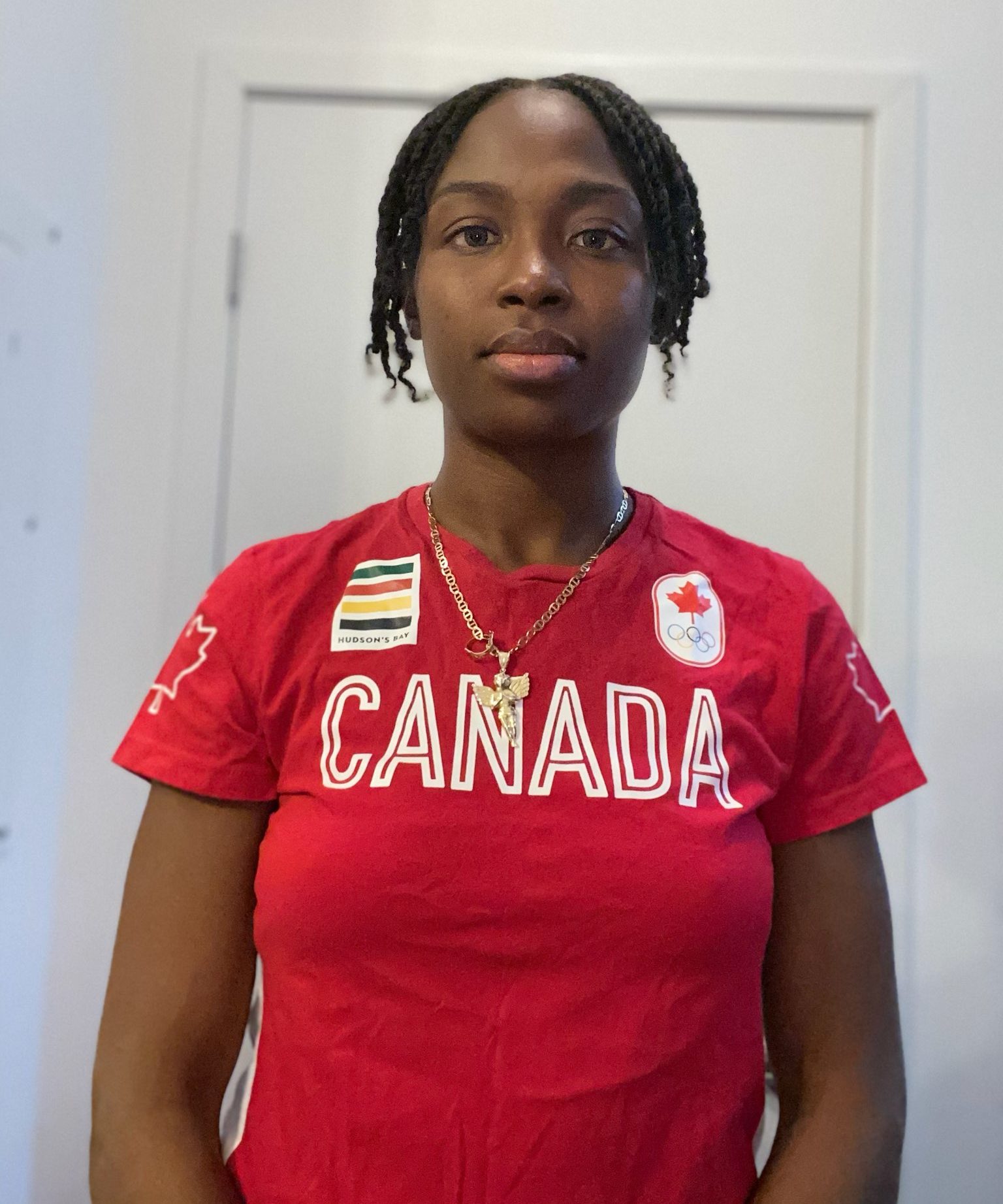 This will be my third Olympics, so it was a real shocker. But I’m high-risk because I have asthma, so I’d rather be safe. For me, making that decision was smart. I had friends and family who were going to Tokyo as well, so I wanted them to be safe too. I’d rather have an amazing Games next year than a mediocre one this year that puts lives at risk. And we’ll have something to look forward to after all the downtime. I’m an overthinker, so it’s been a rough road. I’m going over a lot of technical stuff, a lot of reading, knowing my technique and my form, where my hand positions are. Just visual learning: thinking about what I want to look like in a race. I will be going in 2021 for sure. 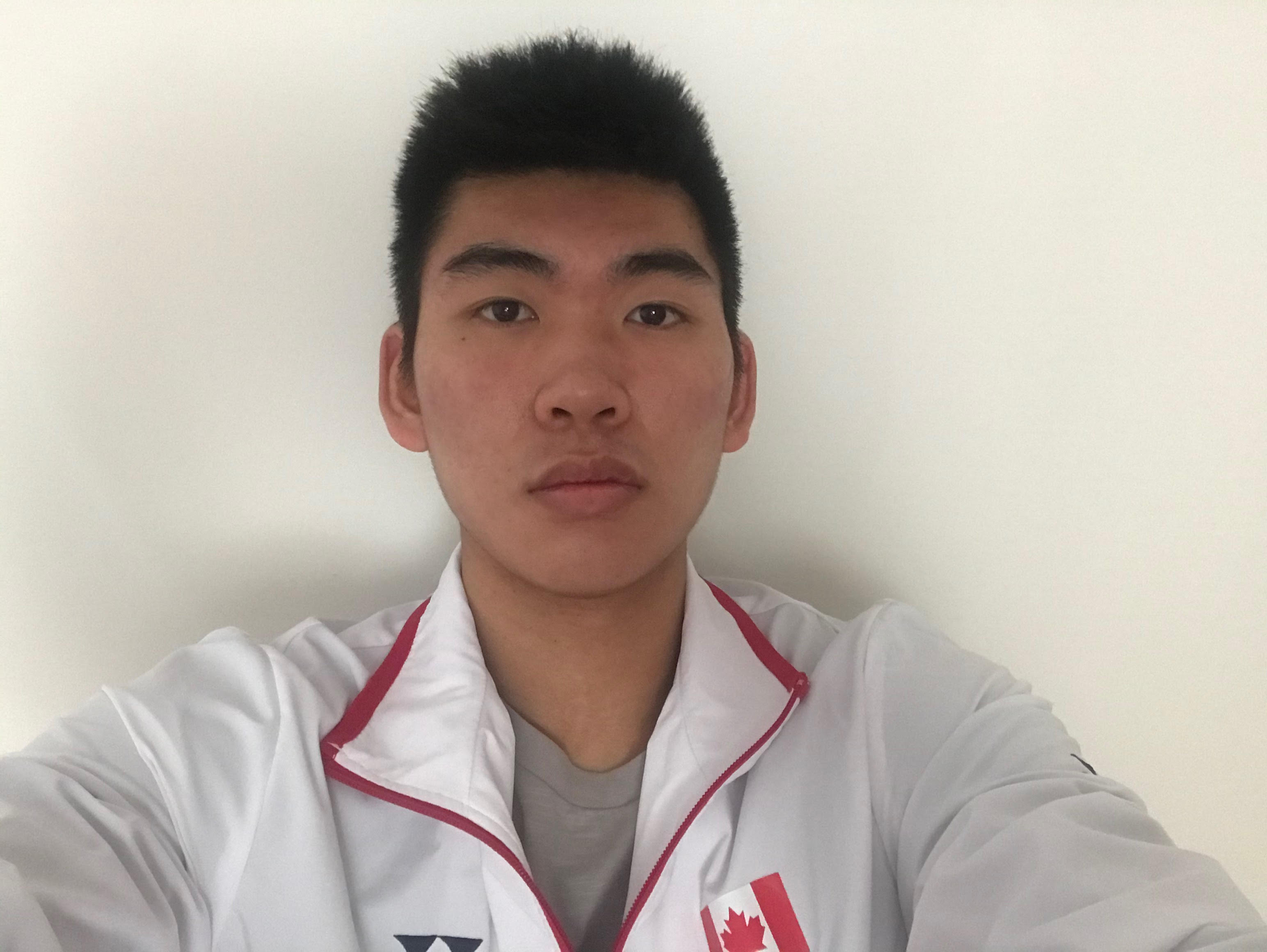 I’ve been preparing for the Olympics my whole life. My father used to play badminton and he was my first coach. He died of heart failure while playing badminton in 2011. I thought about giving it up, but I realized that wouldn’t have made my dad happy. Now when I play I feel a connection with him. There’s a bit of uncertainty about what happens with qualification now, which is stressful. But at least postponing gives us lots of time to prepare. When I wake up, I do 20 minutes of ab exercises and 100 push-ups. In the afternoon, I run outside and do some cardio exercises. I also smack the bird against the wall at home, just to keep the feeling of hitting. The time off is going to affect everyone’s skill level a little, and it might take some time to get back to peak performance. I’ve been playing really well since January, so I have to stay positive and hope I can return to that form. 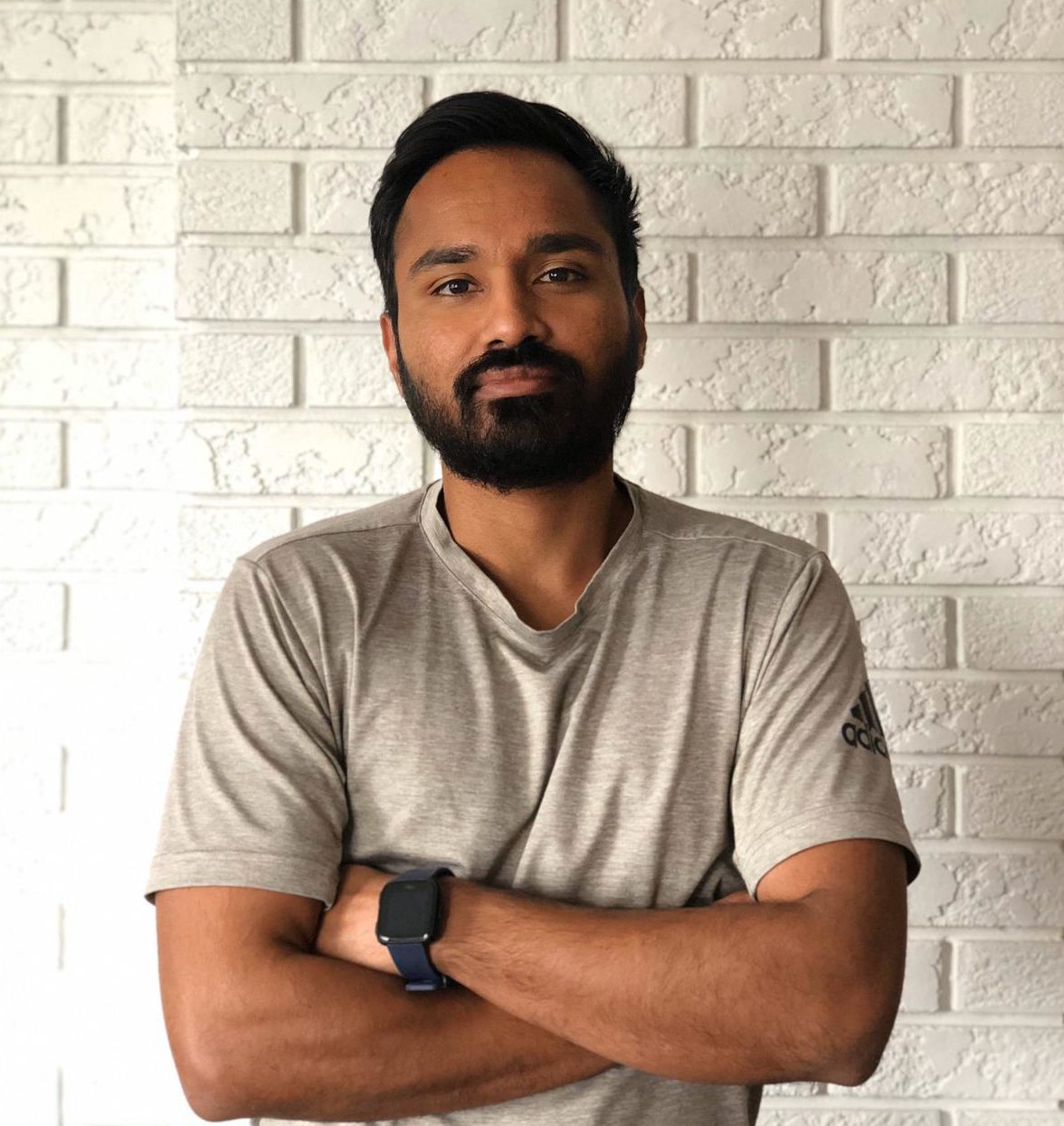 I’ve been preparing for this since Rio 2016, my first Olympics. The initial feeling when Canada pulled out was “What am I going to do with my life?” But we also kind of knew that the IOC would be forced to do something. I really hope they happen in 2021 and we can leave this all behind us. Mentally, it probably affects individual sport athletes more than teams. In our group chat, everyone is trying to keep each other upbeat. That interaction keeps you social and keeps you going. Physically, it’s super hard. All the gyms are closed in Toronto. Even my condo gym is closed. All I can do is work out at home with my 10-pound dumbbells or go for a run. It’s not enough to maintain peak physical condition. I know that for a lot of guys on our team, Tokyo was going to be their last Olympics, their last opportunity to play for Canada. So this is going to extend the careers of quite a few people, because I don’t think anyone wants to drop out. Personally, I’m not sure if I’ll be playing past Tokyo. But I’ll definitely make it to 2021. 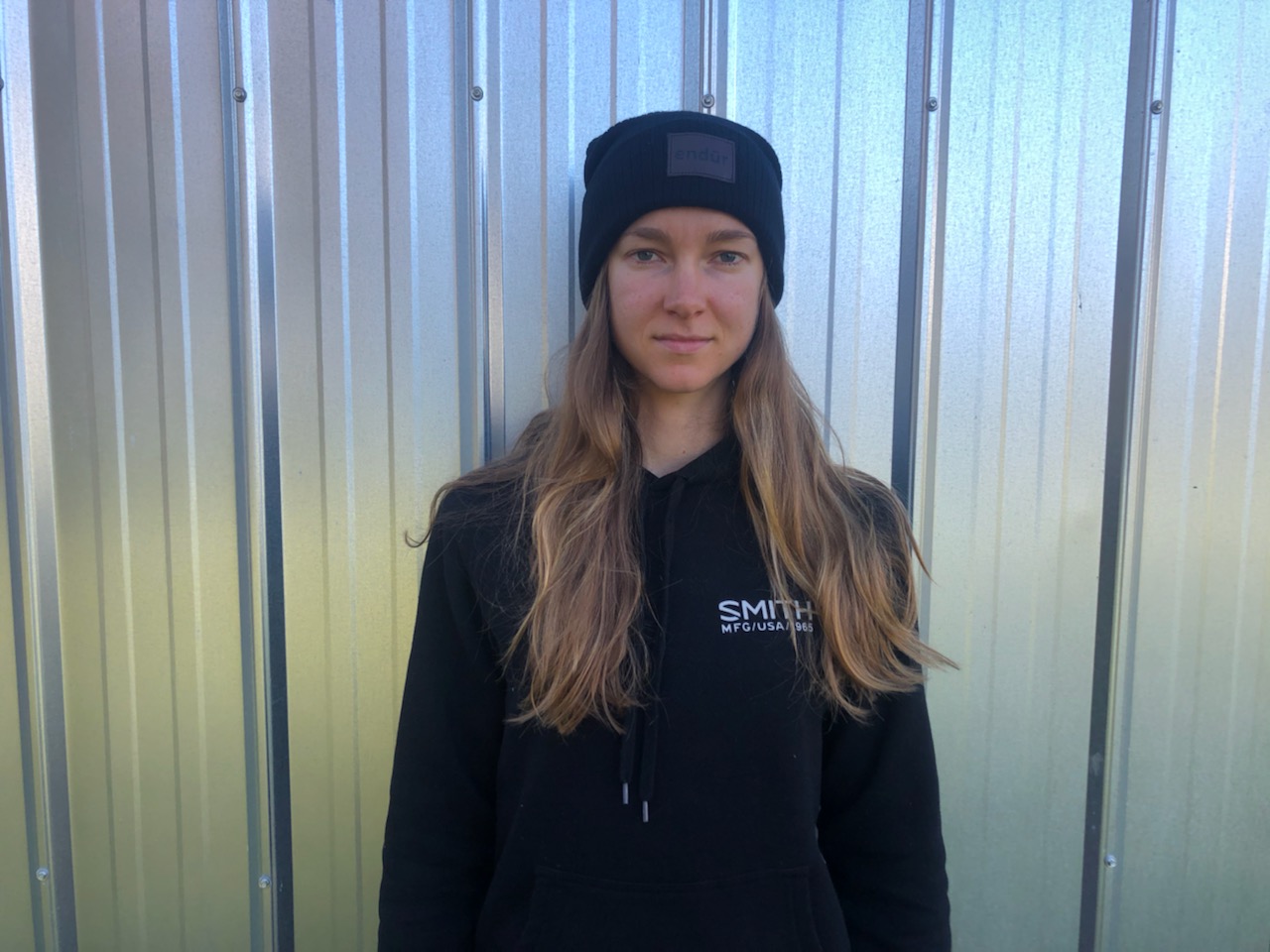 If I’m being honest, I expected the Games to be postponed. It was the correct decision, and I’m proud that Canada had the guts to pull out. At the end of the day, I’m racing my bike in a circle, and as much as it’s important to me, it’s not important compared to public health and safety. I’ve been hoping to qualify since 2016, when I got a letter saying that I failed to qualify for Rio. I’m lucky that I live with my fiancée, who’s also a cyclist chasing the dream. We can train together because we’re self-isolating together. We’re doing less challenging trails and not pushing it too hard, because we don’t want to risk ending up in the hospital and putting undue strain on the health care system. Our wedding was supposed to be in August and I’m not sure if that will happen, either. Right now we’re in British Columbia, and I’m hoping we’ll be back in Ontario with my family this summer. We’re going to avoid air travel altogether, but we’ll get there somehow, even if we have to buy a car and drive.

These interviews were edited and condensed for clarity.