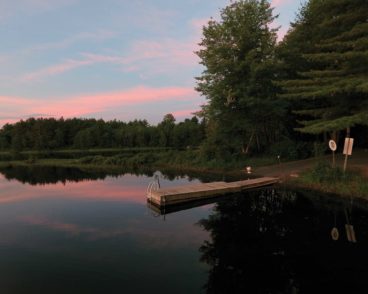 Todd Howley was an ambitious inventor with a billion-dollar idea to turn algae into fuel. When his scheme began to unravel, he snapped—and his main investor was found bludgeoned to death in the Muskoka River

Todd Howley was an ambitious inventor with a billion-dollar idea to turn algae into fuel. When his scheme began to unravel, he snapped—and his main investor was found bludgeoned to death in the Muskoka River

Todd Howley is tall, broad and bulky, with the look of a guy who was the most handsome player on his football team 30 years and 40 pounds ago. He was born in Sarnia and, after high school, spent 17 years working at Oakville’s Elliott Matsuura plant, selling and installing computerized machine tools that are used to cut steel and aluminum. Howley’s clients were the sort of energy companies he dreamed of one day owning. He was good at his job, maybe the best, but he was also condescending and obsessive, which made it hard for others to work with him. He always fancied himself the smartest person in the room and believed anyone who didn’t recognize his brilliance must be an idiot.

The failure of Howley’s first test didn’t shake Maasland’s belief in his partner. A few weeks later, he ordered Howley to ready a second round of testing. On June 29, 2010, Michael Gainer helped Howley start the test. Howley harvested the algae six hours later and sent the results to a lab for analysis. He forwarded the results to Gainer, declaring success. The algae had apparently exceeded expectations.

When Gainer reviewed the second test results, again he was dumbfounded. “Todd’s analysis does not add up,” Gainer wrote to Maasland. “What is of most concern is that Todd does not seem to be able to work his way through the simple math.” The first test failed by an order of magnitude. The second had somehow produced four times more algae than Howley had predicted. Either Howley had no idea what he was doing, or he’d cheated.

Howley didn’t like being challenged. He wrote serenely: “Paul, I fear no matter what I do for Michael, he will question the accuracy.” Then Howley used the SRED credit with which he’d collateralized Maasland’s $105,000 loan to secure yet another advance from a financing company. Before July was over, he did it again with another lender, and then used the funds from the SRED cheque to pay back even more creditors. He’d also begun shipping his bioreactors to Midge Energy in Ohio and was receiving weekly $5,000 paycheques from them. Howley had indeed invented a closed-loop system that fed itself with its own waste—not with the algae, but with the empty promise of them.

Maasland thought Gainer was overreacting. He had sunk over $100,000 into the project. He believed he could deal with Howley. And if he scrapped the deal, he’d have to get a job. He hated being an employee. He decided that to save both the algae project and Verdant itself, they would need to perform a final test. When he told Howley to ready his equipment, Howley panicked. “Let me see what I still have lying around in regards to bioreactors and algae,” he wrote.

“Don’t we still have the equipment?” Maasland asked.

“I still have most of the equipment—but it is in pieces since I have to clean it after each test.”

Suddenly Howley realized how much trouble he was in. He had only two options: succeed at the due diligence testing the way the moneymen wanted, which he might not be able to do, or repay Maasland $105,000, which he wasn’t willing to do. He knew Maasland would pursue him to the end of the earth for the money; he’d take Howley’s business, his family’s home. And critically, if he failed the third and final test, Verdant would have to issue a press release declaring his algae project a failure, and his other investors would discover his snared web of overlapping deals. He’d lose the deals he had, and his partners might very well destroy him in the lawsuits that would surely follow.

At that moment, Howley knew he had to kill Paul Maasland. Minutes after he sent that last email, he googled: “Nail gun,” “Nail gun modified,” “Nail gun massacre.” Then he told Maasland that yes, he would do the final test—he and Maasland would start it together, alone, at Howley’s laboratory, on the morning of Sunday, August 29, 2010.

The afternoon before, Maasland went to Jingles. He drank his customary double Johnnie Walker Blacks. Later, he phoned his wife at the cottage. He wanted her advice on what to do about a rash on his face. He made plans to pick up his mother and her friend the next day at 12:30 when he got back from Oakville, and take them to lunch. He fell asleep. Howley, meanwhile, took his wife and kids out for dinner at Boston Pizza. He had been preparing for weeks. He’d been googling routes to and from Bracebridge, as well as “Massland scam” and “Massland dog.” He was planning the death of a man whose name he still couldn’t spell.

The next morning, Maasland took the elevator down to the lobby of his Pleasant Boulevard apartment building. The security camera shows him wearing a black golf shirt, green khaki shorts, black shoes with high black socks—the clothes he’d be found dead in—and carrying a briefcase. He watched as the floors counted down to zero. Maasland drove his blue Subaru Forester to Oakville, arriving at Howley’s Wyecroft Road warehouse at 9:59, and waddled through the lab’s front door as the clock struck 10.

Over the next 15 minutes, Howley beat Maasland to death. He used something long and hard, like a piece of wood or a crowbar. The murder weapon was never found. Maasland had five colossal lacerations on his head that split his scalp to the bone and sent fractures branching through his skull like cracks in ice. His jaw was broken in half, as was the hyoid bone in his throat. Twelve of his ribs were fractured, and his shoulders, back and legs were bludgeoned to the colour of dusk. Maasland was beaten over nearly every inch of his body except his hands and forearms. He had no injuries that are typically called “defensive wounds.” He still believed in Howley enough not to raise his arms to protect himself.

When Howley left the lab, Maasland was unconscious but still alive. Howley knew that the business next door had two security cameras—one pointing out of its storefront and one pointed at the shared loading area in the back—but he believed the cameras were decoys to deter potential thieves. He was wrong. Footage shows that Howley drove Maasland’s blue Subaru around the corner and out of sight behind the neighbouring building. He ran back inside, and rifled through Maasland’s shorts and briefcase for his cellphone. A half-hour later, he got into his grey Ford Focus and drove up to Bracebridge. There, Howley used Maasland’s cellphone to call himself and reach his own voicemail. Howley was trying to make the cell record show that Maasland had been in Bracebridge on the day he was murdered.

A few hours later, Howley returned to his lab, by which time Maasland had died. Howley checked his email. There was an urgent message from the head of Midge Energy, his Ohio investor, who needed to speak to him immediately. With Maasland’s body next to him, Howley wrote: “Okay—no problem. Call me when you have a moment. Todd.” He returned a call he’d missed from his wife. He did not return Maasland’s missed call.

Then Howley started cleaning. Security video footage from the business next door shows him walking out of the frame with a black garbage bag. He needed to get rid of the murder weapon, his bloody clothes, and Maasland’s wallet and glasses. A few minutes later, he crossed another security camera in front of the neighbouring business wearing gloves and taking out another garbage bag, sagging with the weight of its contents.

THE SCENE OF THE CRIME: After the murder, Howley went to Home Depot to buy supplies to conceal the killing

Around 5:30, Howley left Wyecroft Road for a Home Depot a few minutes away. At the self checkout, he bought a funnel and got $100 cash back. He returned to the car and dropped off the funnel, then he turned around and walked right back in to buy the nylon rope that Maasland’s body would be found with, using the cash he’d just withdrawn. That way, the purchase wouldn’t show up on his banking records.

Howley sped back to his lab and began hosing it down. His neighbour’s security camera captured water running out from under Howley’s door and out onto the scorching concrete. A few minutes later, Howley opened the rear door. He was shirtless, wearing latex gloves, holding a rag, and he peered back and forth to see if anyone was watching. He’d miss some spots in his cleanup, and police would find Howley’s shoe print in a bit of Maasland’s blood, tiny drops of which had also splattered onto Howley’s power tools and his shoes.

Howley used the rope from Home Depot to more easily manoeuvre the weight of Maasland’s body—his chest had a deep ligature mark from the rope that the autopsy would determine was inflicted post-mortem—and when Howley was dragging Maasland’s body across the warehouse floor, it collected metal ribbons and plastic shavings from around the drill press, and a wood chip from beneath the band saw that would end up by Maasland’s belly button. They’d all be traced back to Howley’s lab.

That night, Howley’s wife and kids were returning from a barbecue in Hamilton, and Howley left the lab, with Maasland’s body still in it, for home. He spent four hours with his family and tucked his children in. At 12:30 on the morning of Monday, August 30, he returned to the scene of the crime. He retrieved Maasland’s blue Subaru, then reversed it to the large, raised loading door at the back of the building. The security camera caught him going into the warehouse to push Maasland’s body into the car, then running back out and around to the rear passenger side to pull it through the inside. Maasland’s body landed on the tote bags and plastic container that he’d kept for running errands. Howley drove through the warm Ontario darkness to Bracebridge, near Maasland’s cottage, and then dumped the body on the shore. He abandoned the Subaru in a Mississauga parking lot. 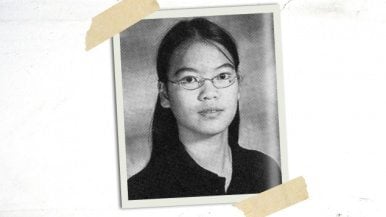 Jennifer Pan’s Revenge: The inside story of a golden child, the killers she hired, and the parents she wanted dead 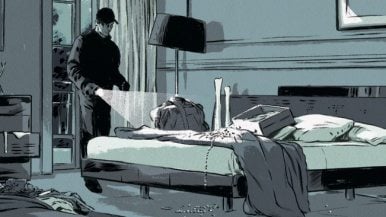 The Break-In Artist: The hunt for the cat burglar who terrorized Toronto’s wealthiest neighbourhoods 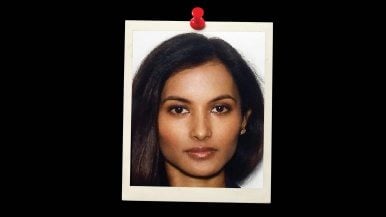 Behind the murder that shocked Bay Street 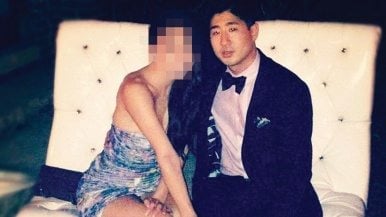