This past Saturday, hundreds of people gathered outside the US Consulate in Toronto to protest the US Supreme Court’s ruling on June 24 to overturn Roe v. Wade—the 1973 decision that granted American women the constitutional right to abortion. Protests erupted across the country, and the ruling prompted a strong response north of the border too. Here’s what some Torontonians had to say on the issue. 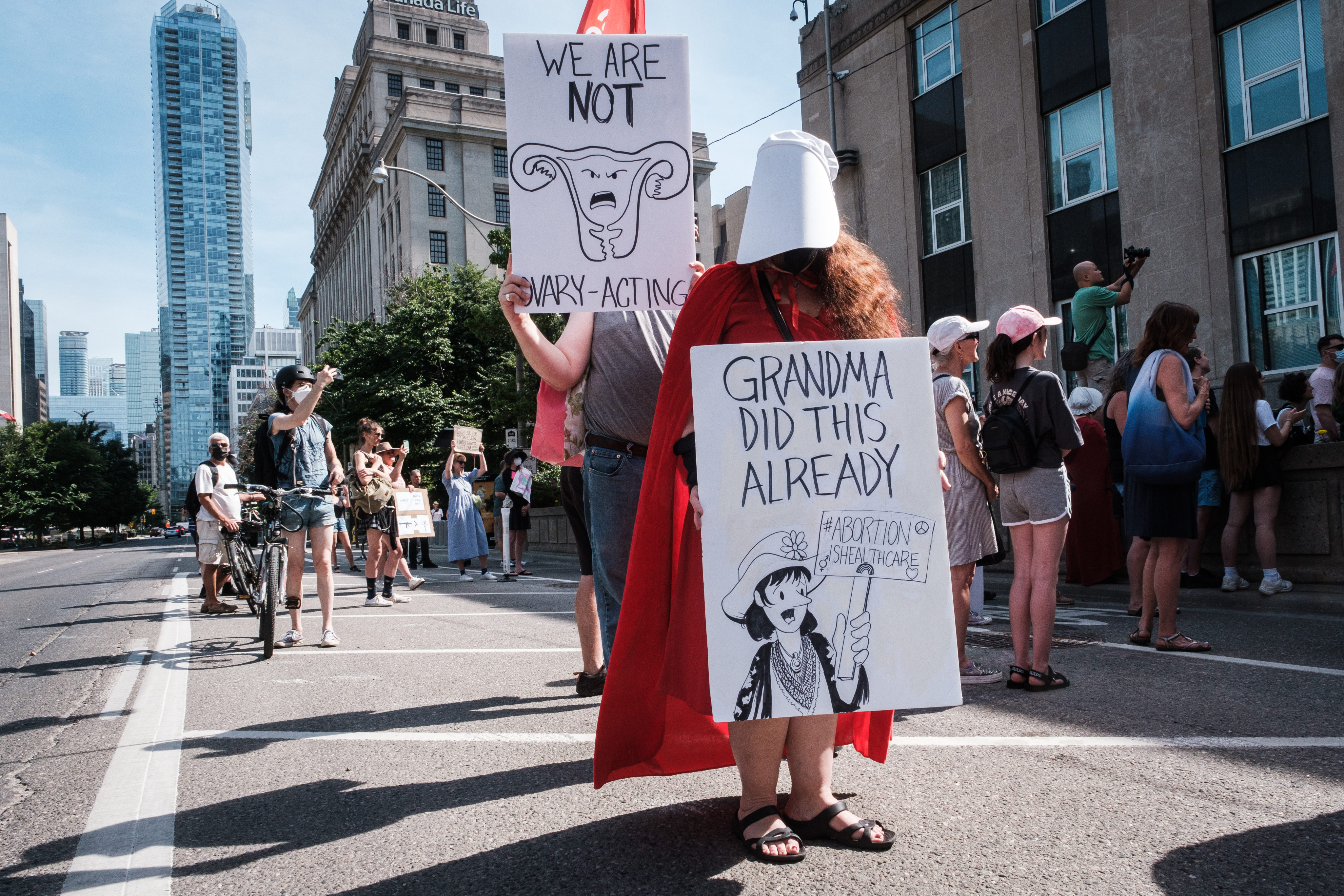 “I’m here because my mother was forced to bear a child at 16. She wasn’t ready for it. And, by the time she was ready to become a parent, at 31, she was broken and miserable and damaged, and it ruined our lives.” 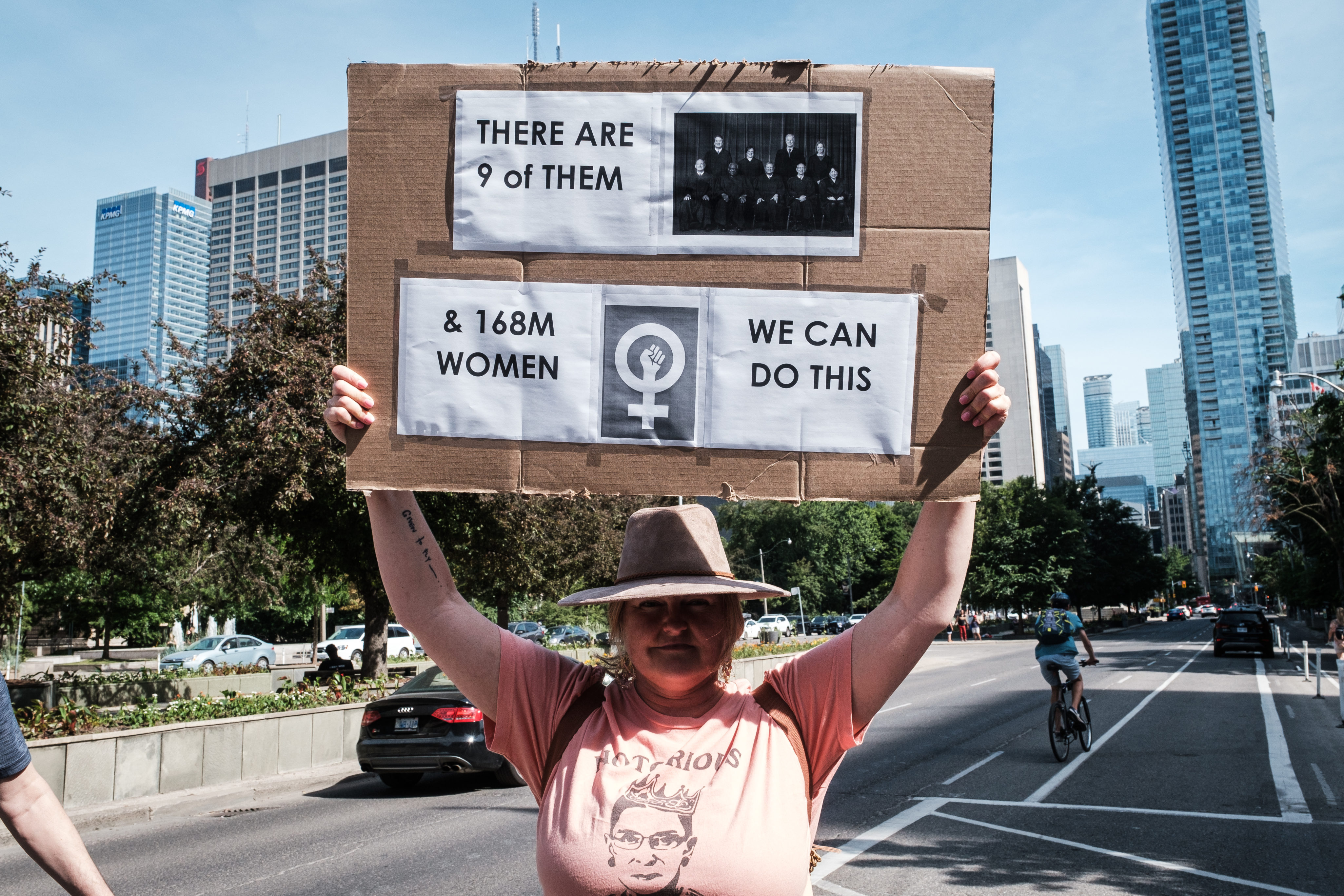 “I’m here to protect the rights of the women behind me. When I got my abortion, I had it safely—I had access. Now, I just want to make sure that other women’s rights are secure. What’s happening in the US is awful. I don’t want to see it happen here.” 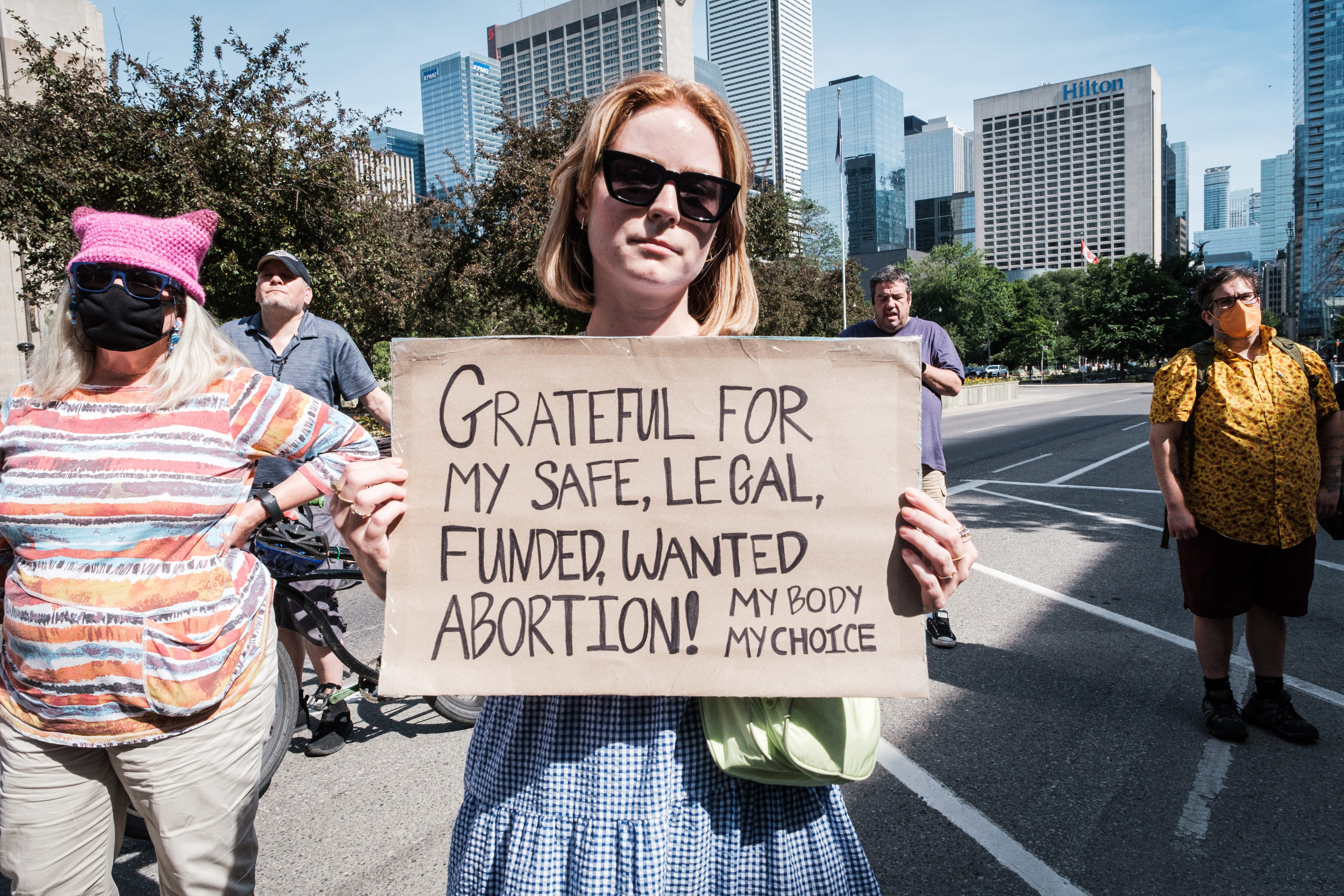 “I was fortunate enough to have an accessible, fully funded, safe and legal abortion. And I believe that it’s every other woman’s right to choose that for themselves. What they’re doing right now is not okay. And it’s a slippery slope for us to get there as well.” 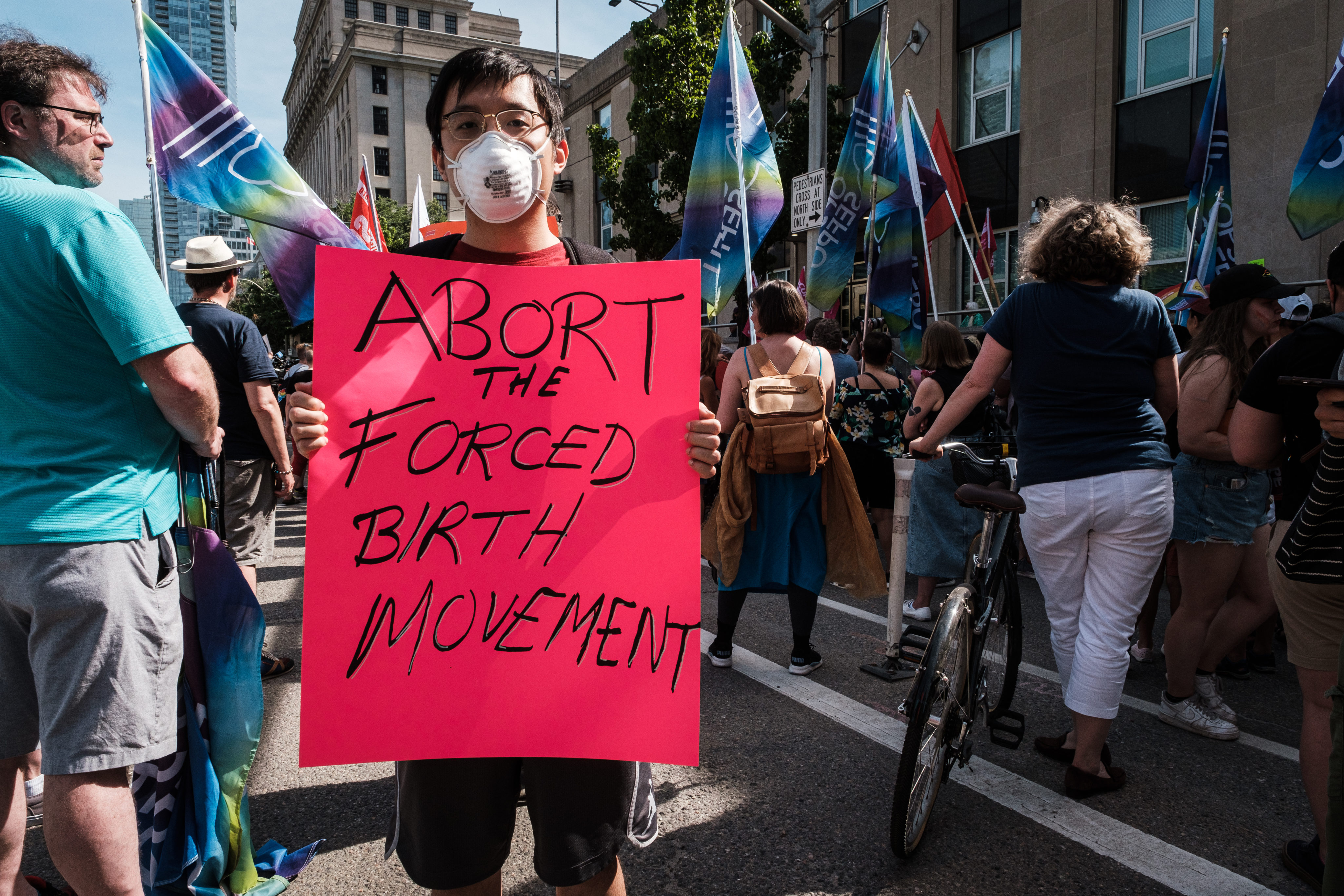 Denise Martins, 32, employee at a nonprofit 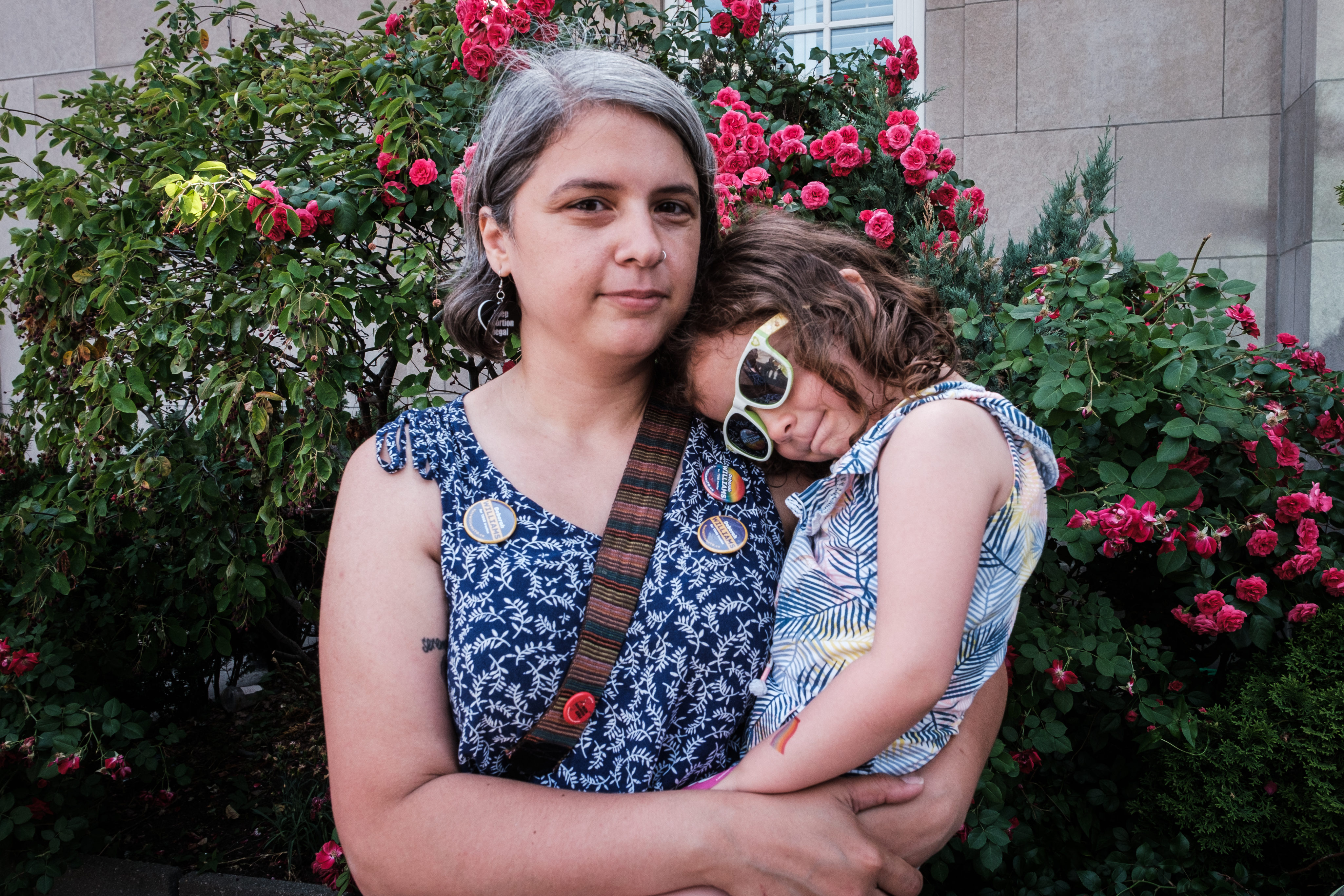 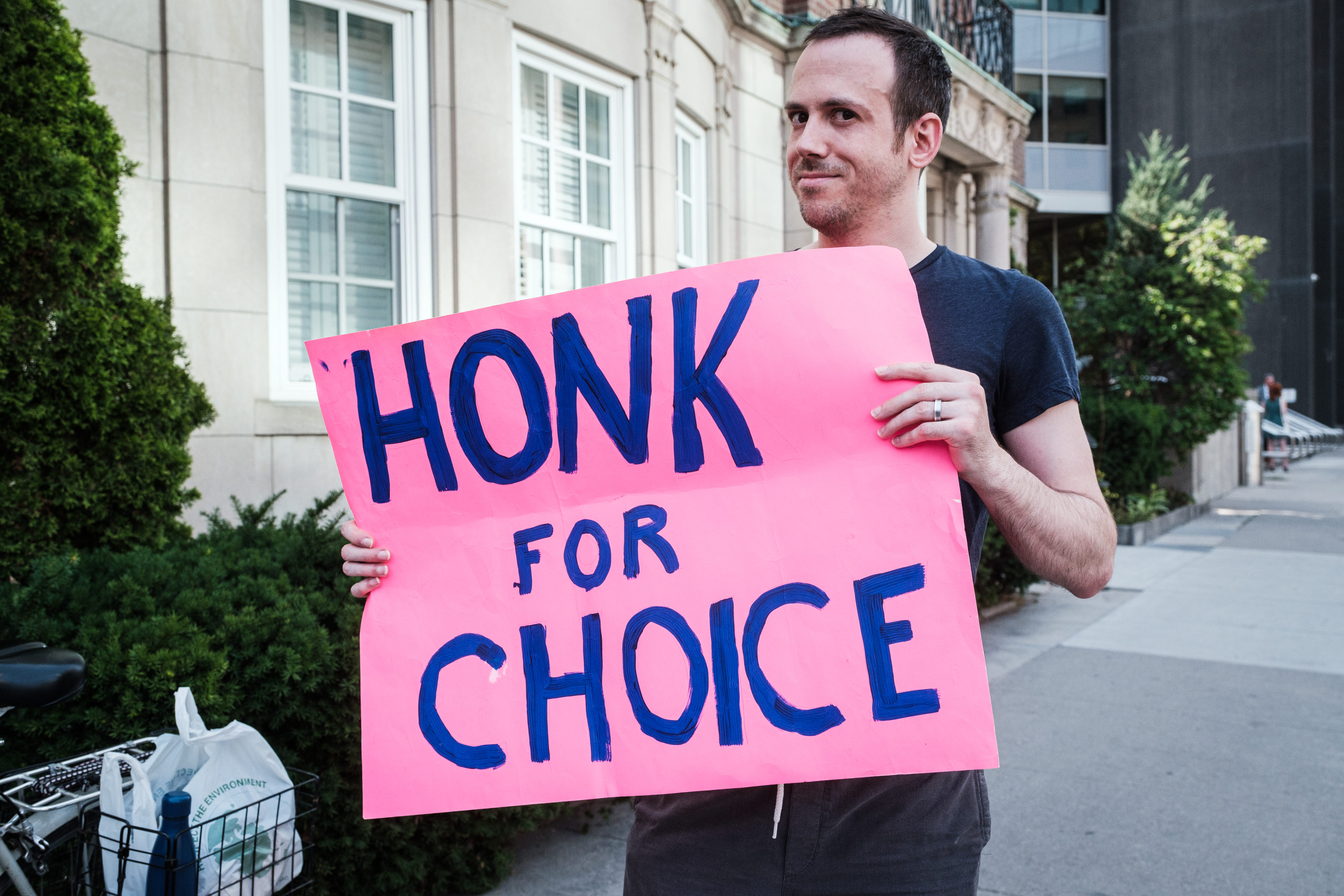 “What’s happening in the States is terrifying. And what happens in the US tends to come up here, and I’m afraid that that’s what we’re going to see in the coming years. So we have to come out and do what we can.” 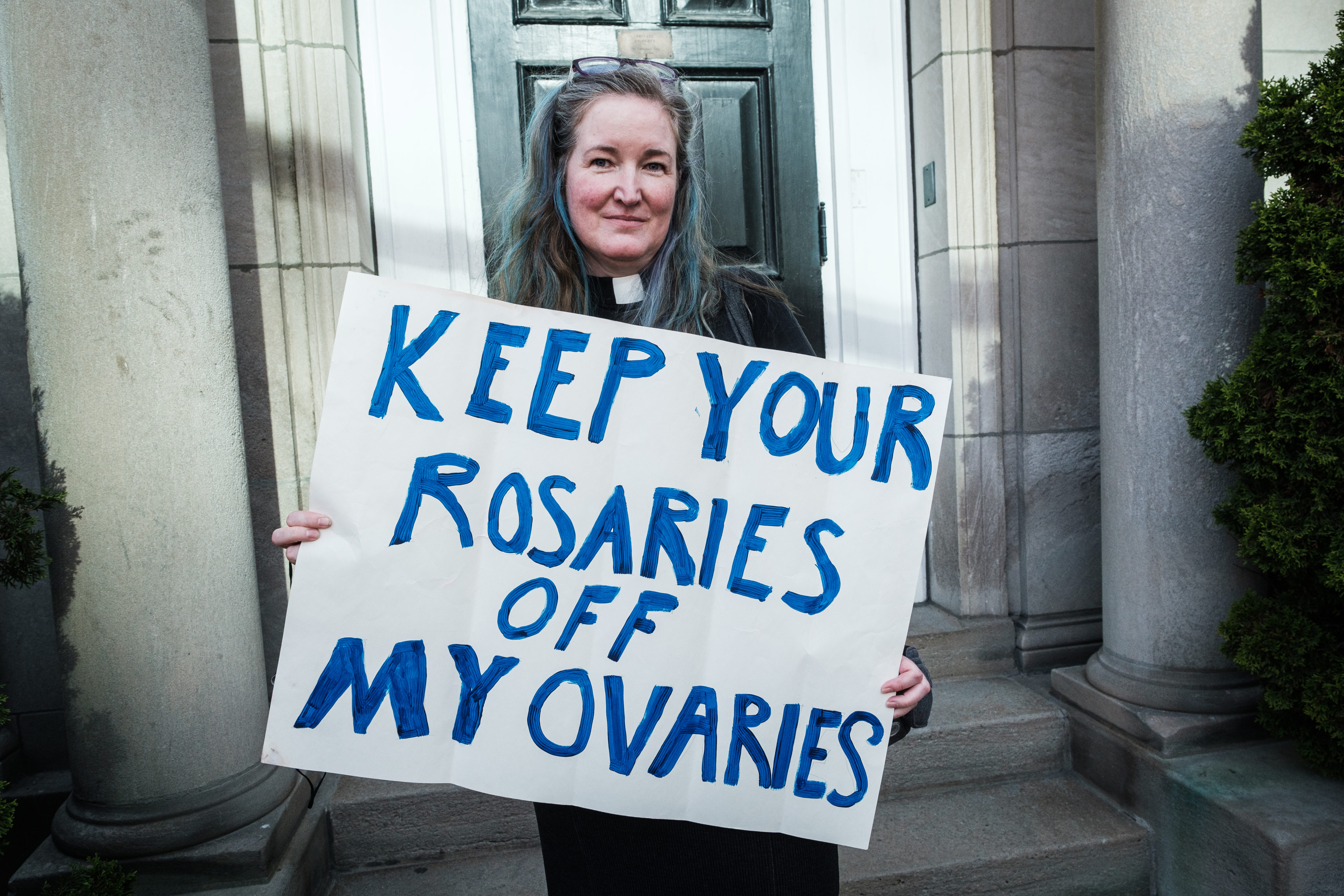 “Abortion is health care, and when the right to abortion is threatened, there are all kinds of repercussions. I hope that abortion remains safe here, but I think that, when we ignore our rights, they can go away. It feels really important to be here and to advocate for continued access to safe, legal, free abortion.” 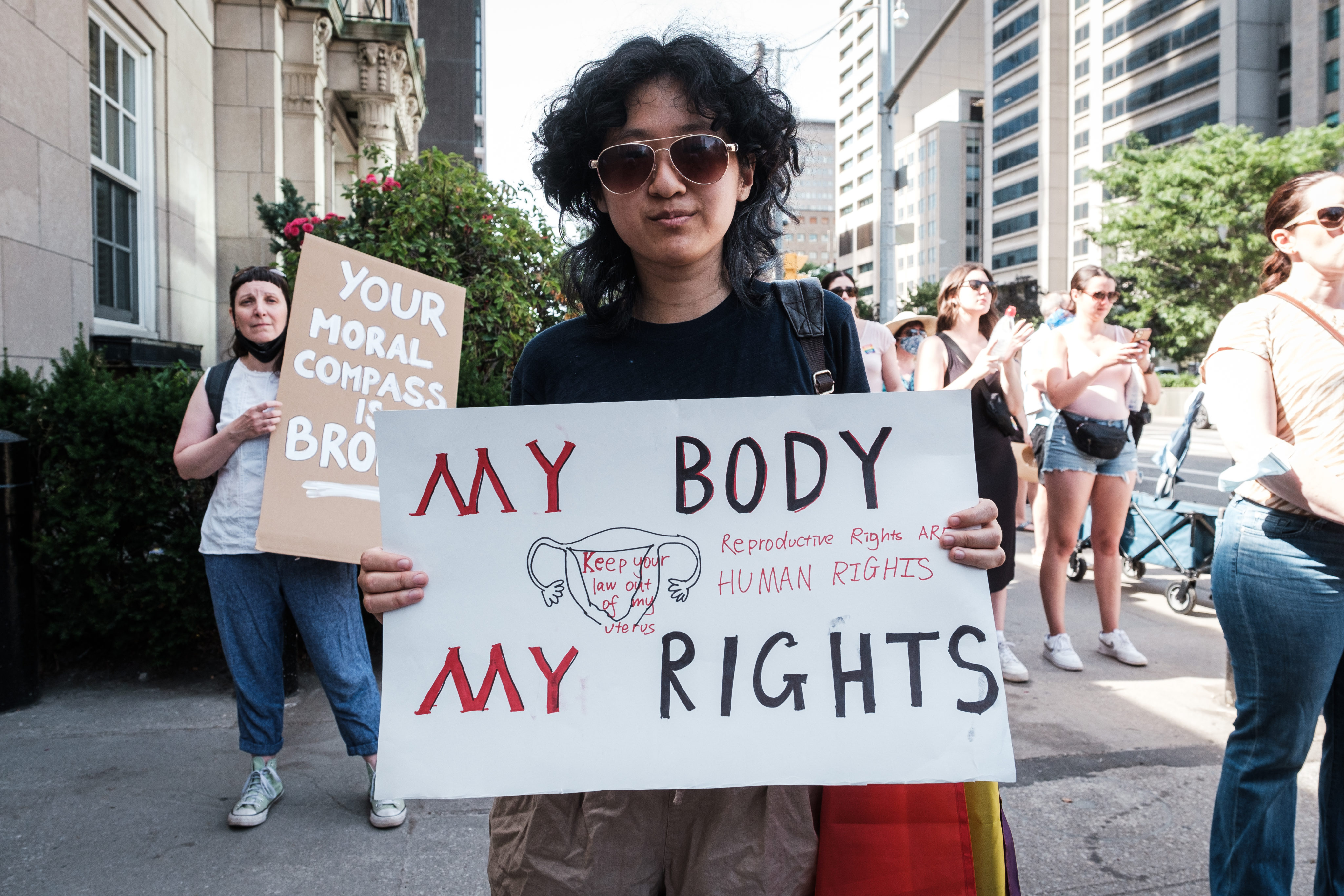 “I’m here because it’s a woman’s right to get an abortion and it’s not right for men to judge them.” 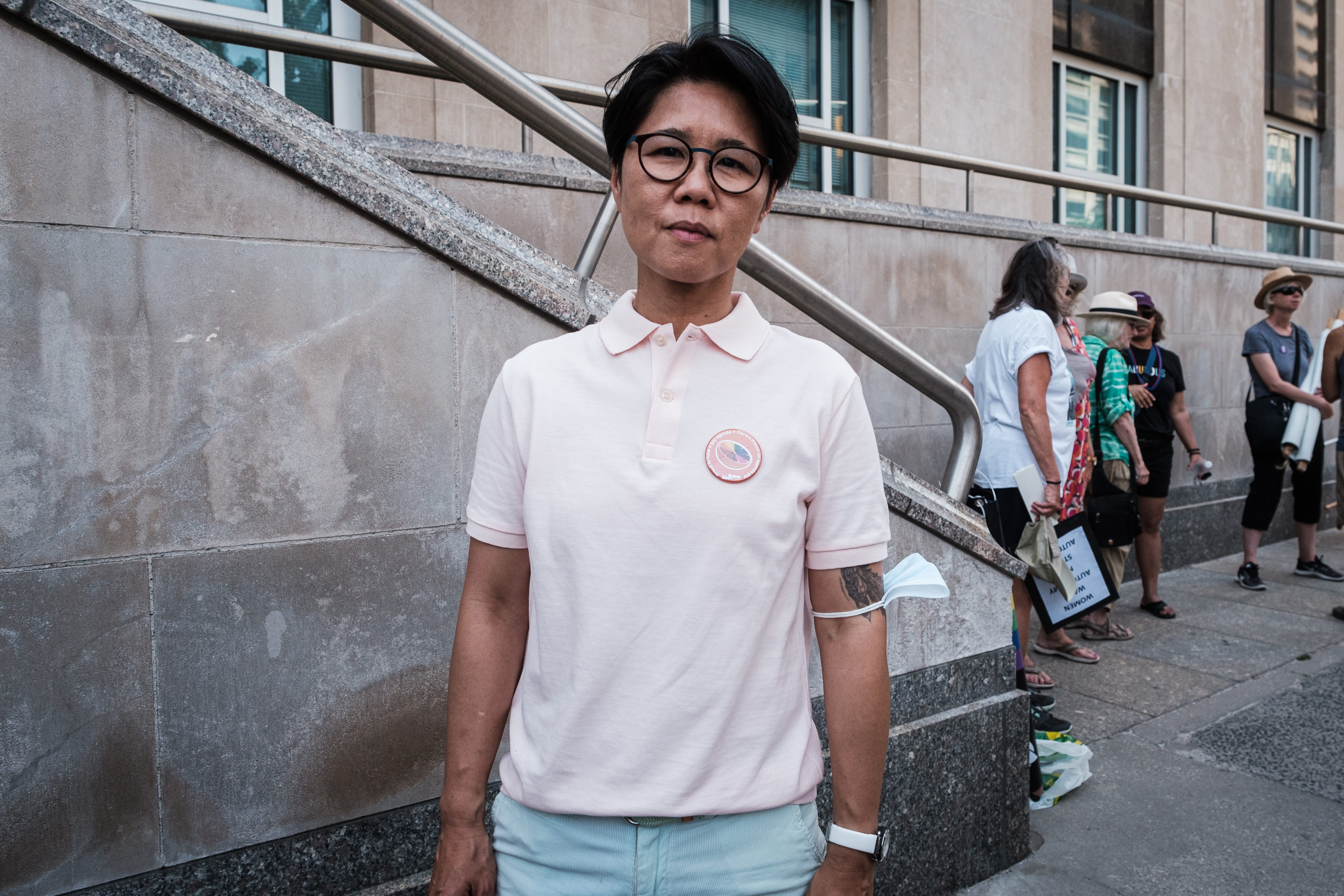 “Obviously, the US Supreme Court overturning Roe v. Wade is causing a lot of concern for women in Canada. Those rights were hard fought. They were fought for by women and advocates through decades of hard work and legal challenges under extreme threats of violence to their bodies. The erosion and elimination of that service in the US is going to put women’s health and lives in harm’s way. And we can never take for granted that that cannot happen in Canada.” 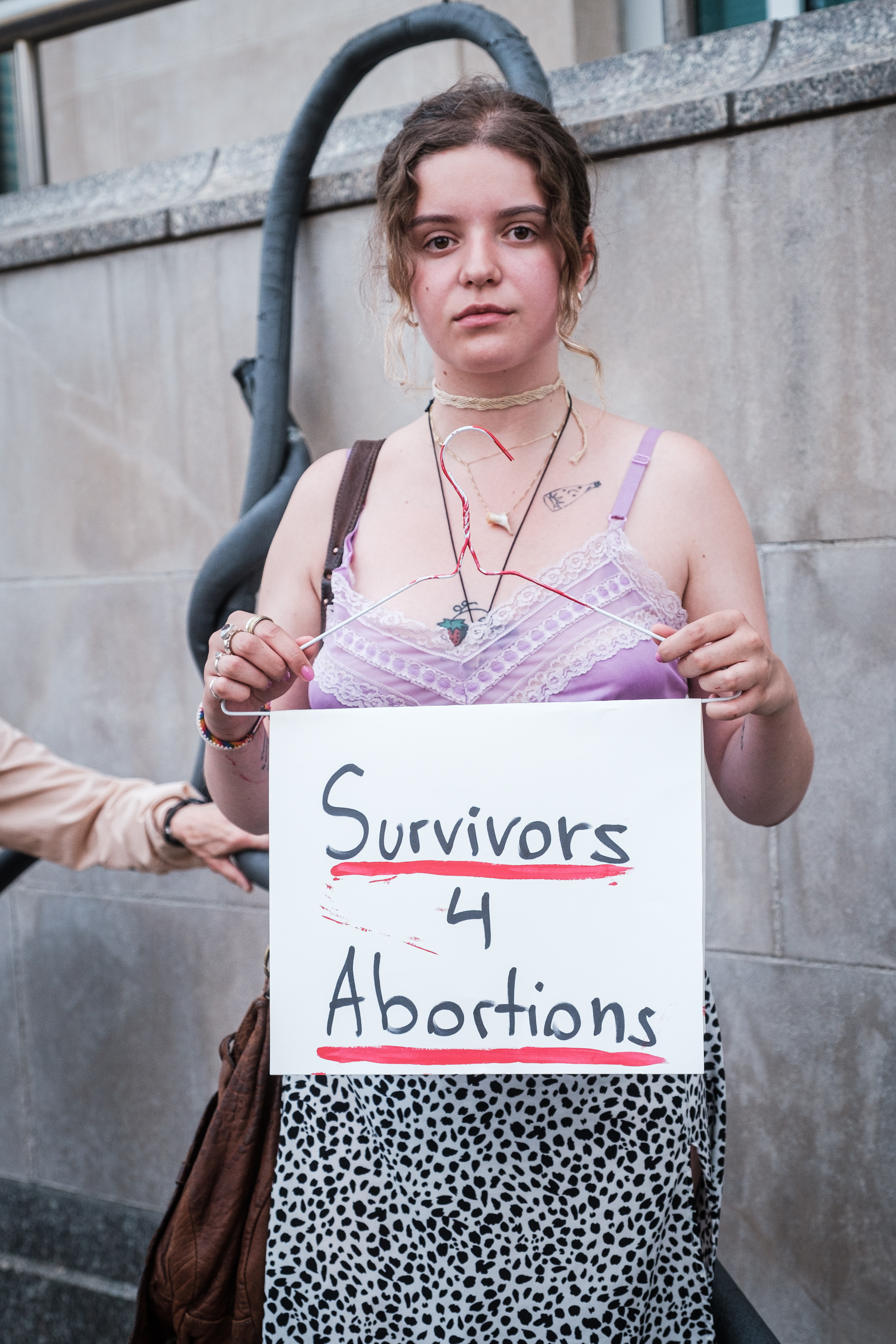 “I’m a survivor of sexual assaults. I was lucky enough not to need an abortion, but I did take Plan B after my assault. And I remember the relief I felt having the option for an abortion as a woman of privilege living in Toronto, living in an urban city in Canada. I want people to remember that we’re not immune to what’s happening in the US. This could happen to us any day, and we need to fight to prevent that.” 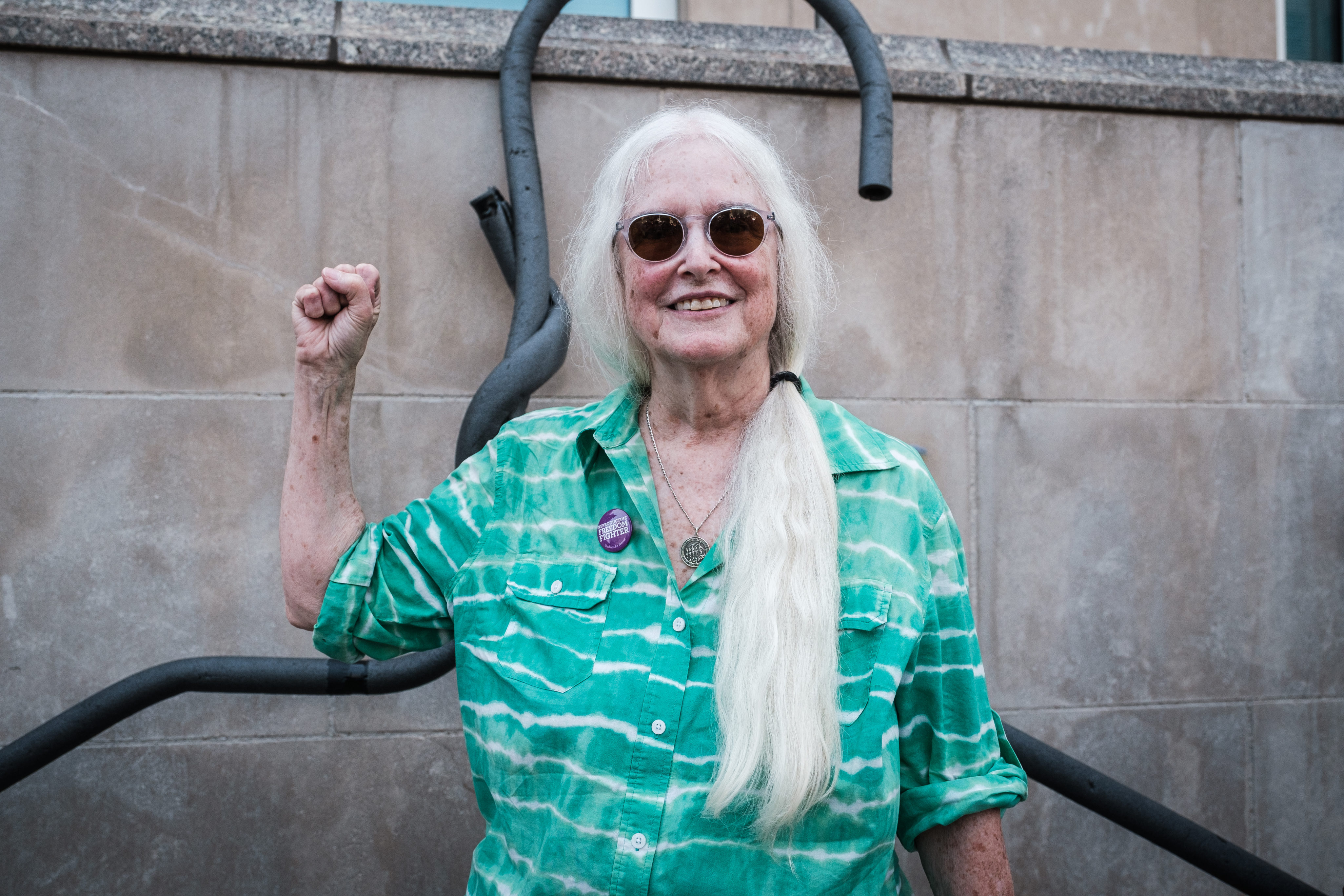 “We’re here today at the US Consulate because we are expressing our outrage at the overturning of Roe v. Wade. We fully understand what’s been going on in the United States. We know it is the most marginalized who are being excluded from the right to make their own choices—those in Black communities, Hispanic communities, Indigenous communities, low-income communities. And we are saying, ‘Absolutely not.’ We’re standing in solidarity with all Americans who want to express their freedom of choice. We support the reproductive justice we fought for here, and we will fight with them there.” 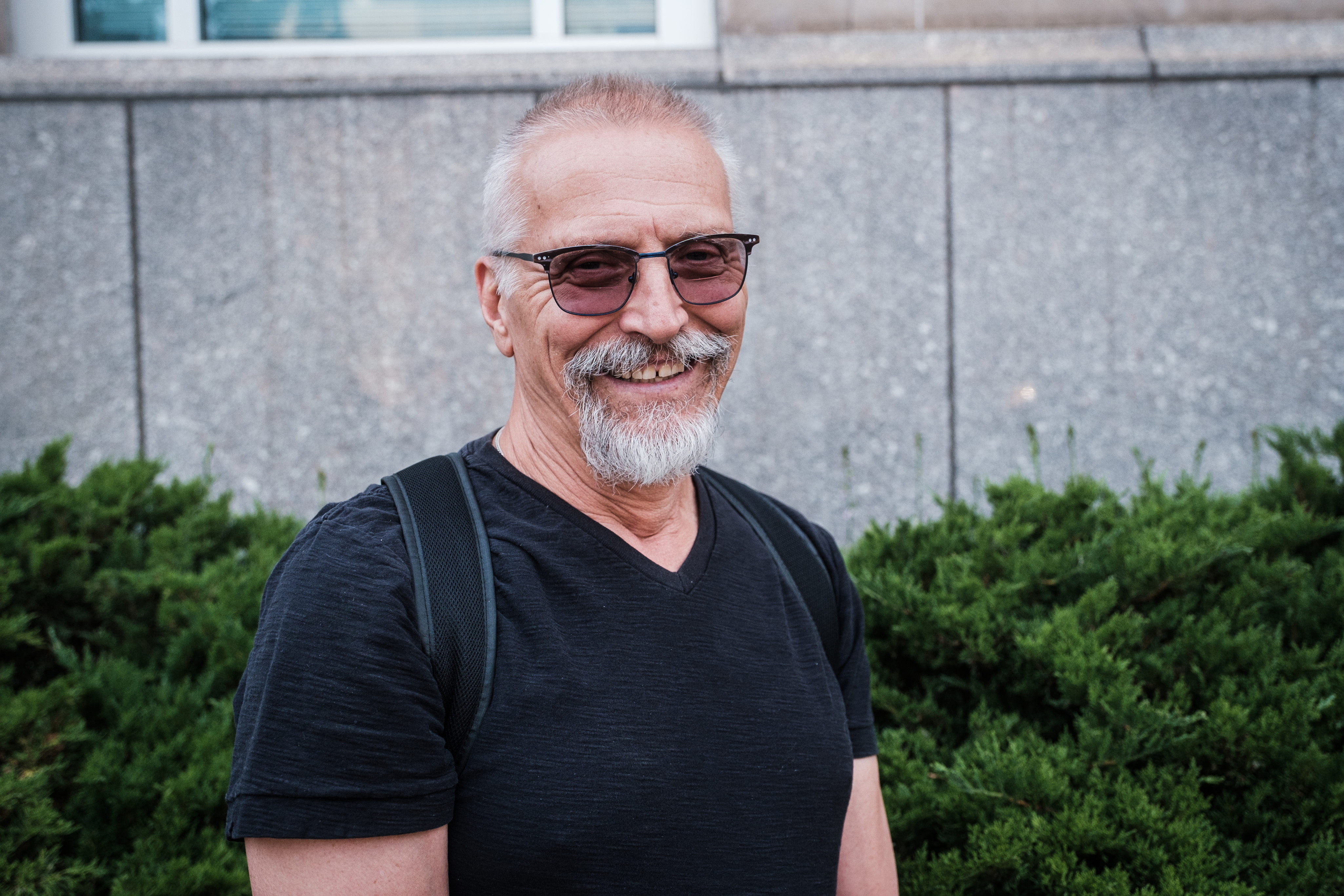 “I think it’s obvious that, when any government has the power to take away people’s rights that they’ve had for 50 years, there’s something really wrong and people have to stand up and take back those rights. And, if they’re not enshrined in either constitutions or in law, then there’s something wrong. So that’s primarily why I’m here. And just to support the women in the movement.” 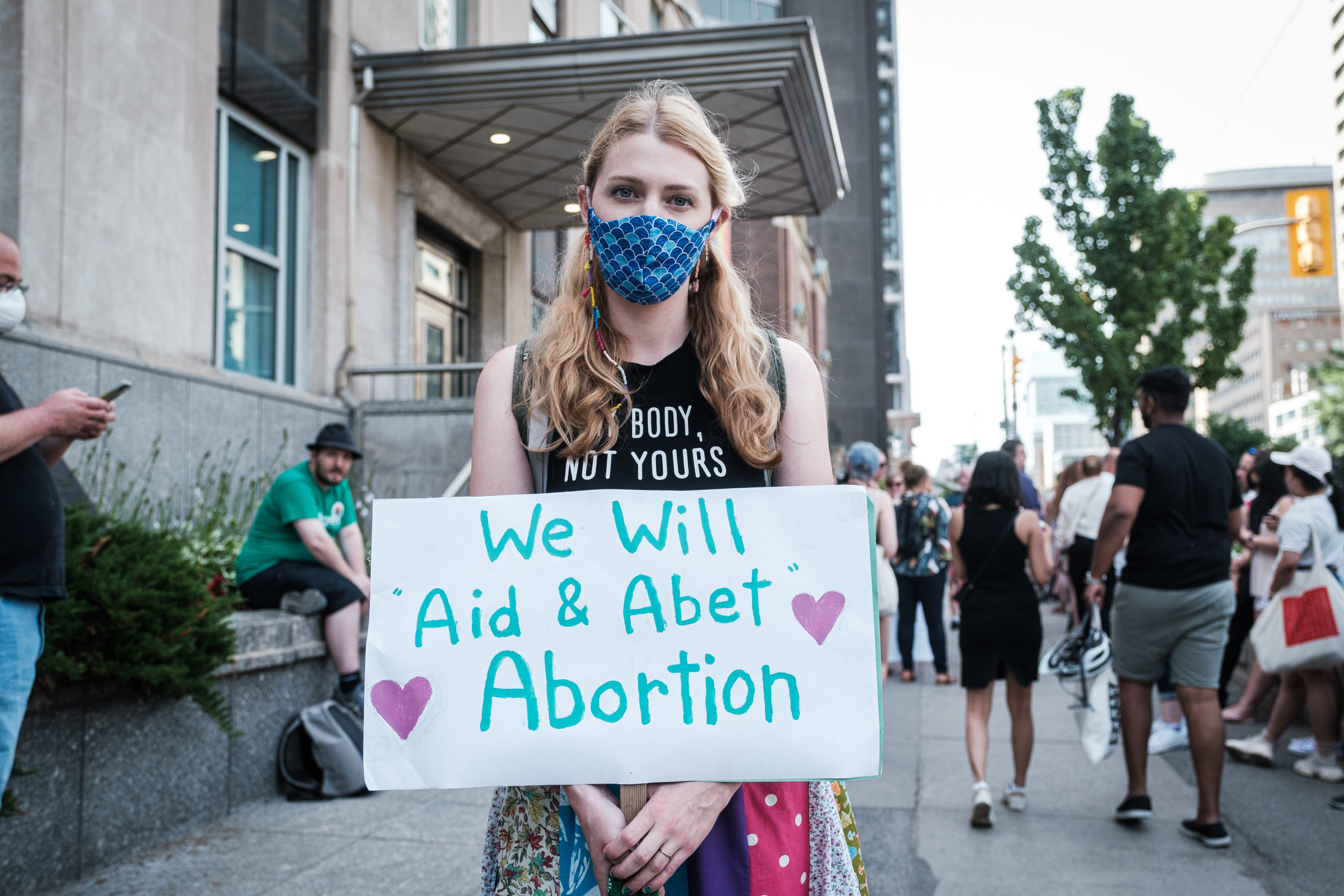 “I’m pretty mad about what’s going on in the US. Even though we knew it was coming for some months now, it’s still very shocking if not surprising. I’m outraged because abortion is essential to the human life cycle. It’s an integral part of our society. One in three women will have one, so it’s very common. And, without it, people die. It’s as simple as that.” 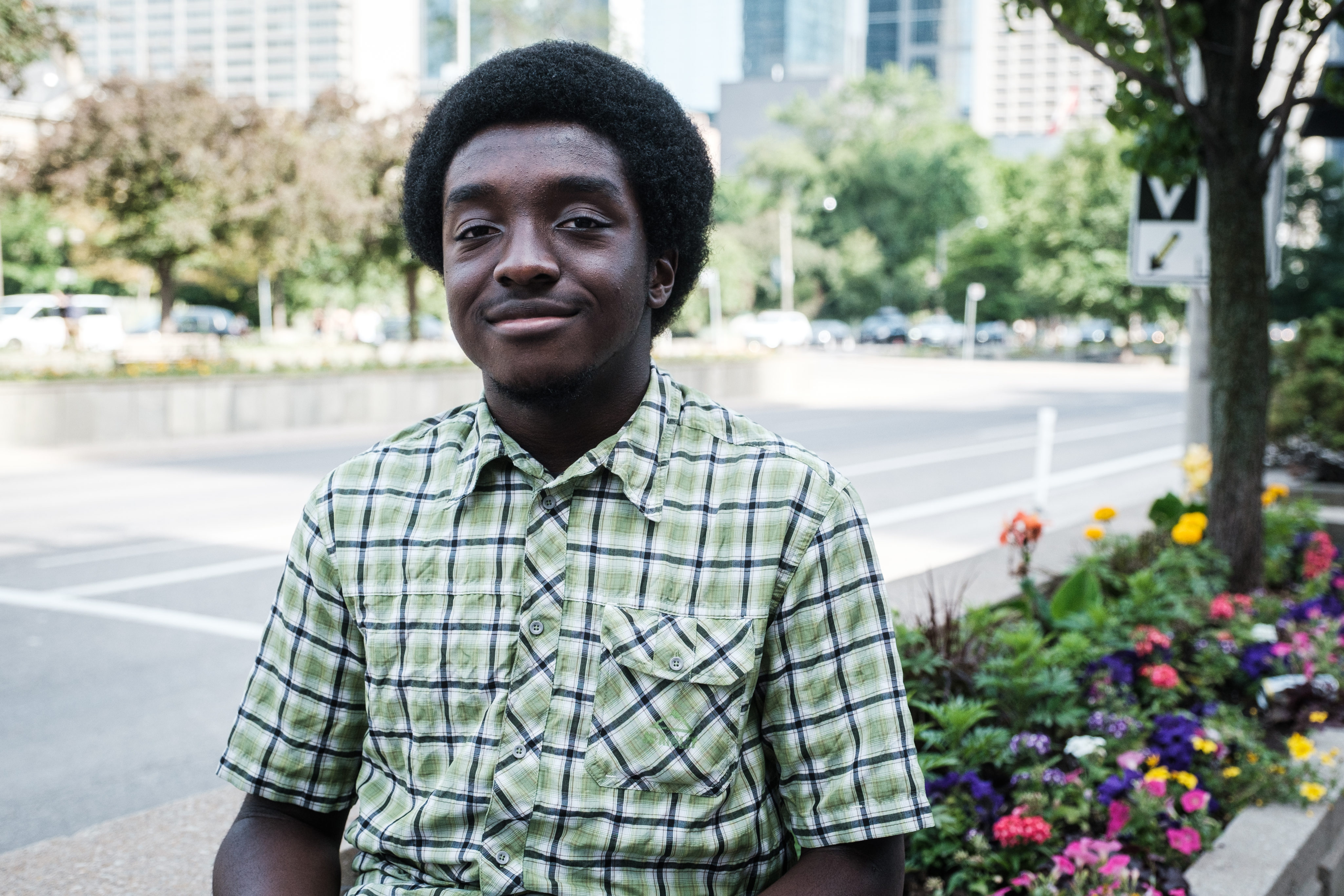 “I’m here to support the belief that abortions are health care and that they should be accessible no matter what. It’s not something that we should be messing around with or revoking. Because it’s not going to stop abortions from happening. It’s just going to make the process a lot riskier. And it’s going to result in increased deaths and various medical problems. So it’s important for us to acknowledge that people should have the opportunity to choose what’s best for them instead of having choices made for them. And to make sure that, no matter what they are choosing, they have the support that goes with those choices.” 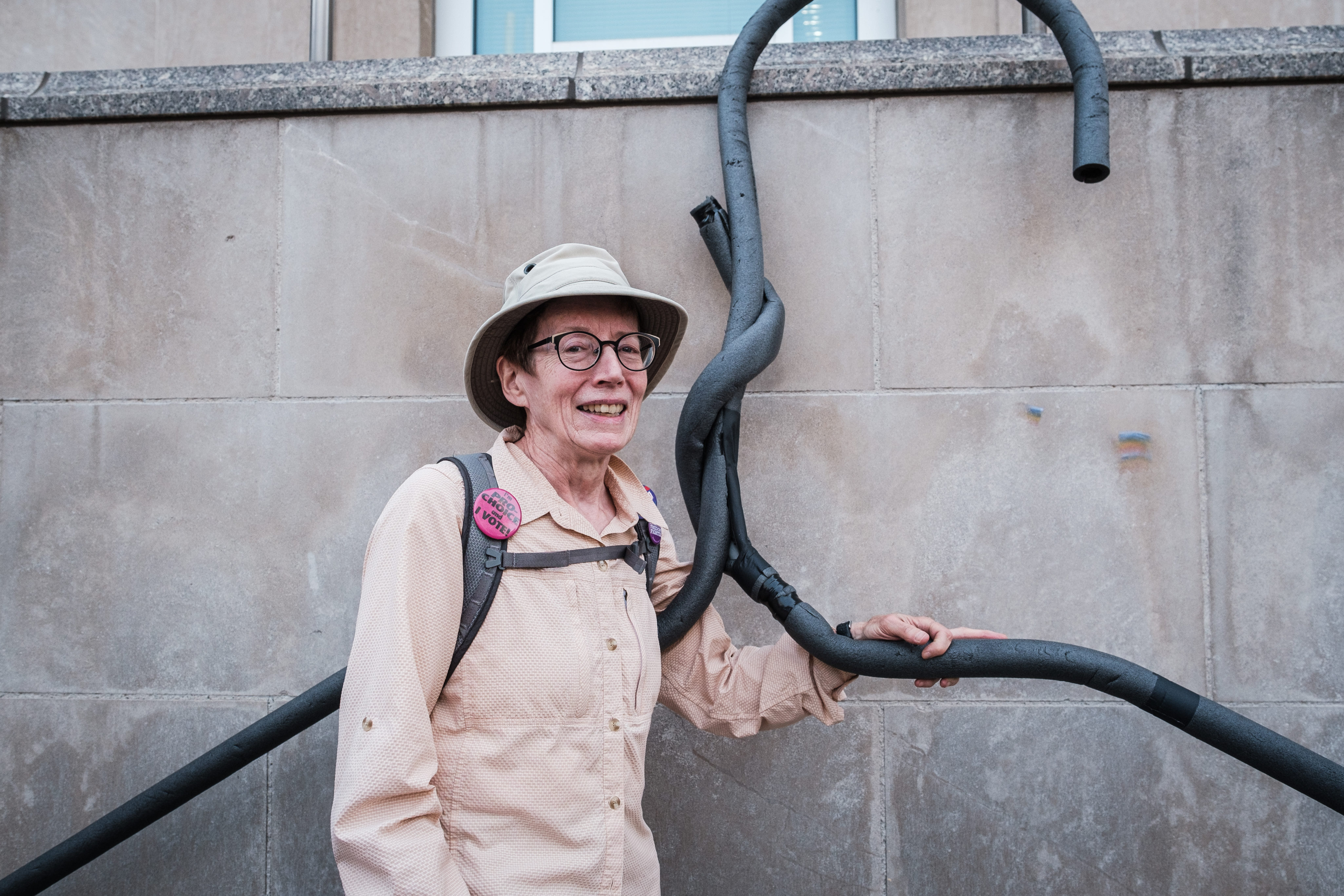 “There’s so many right-wing elements in the US that are succeeding in overturning the law there, and we are in the midst of what seems like a very conservative revival in Canada. We know that there are very wealthy right-wingers who have funded the anti-choice movement here in Canada, and I’m very concerned about the rise of this conservatism. In the newspaper the other day, the anti-choice people were sort of gloating and thinking, ‘Okay, here’s a great opportunity for us to make headway.’ It really worries me that Canada could go backward. Here in Ontario, we’ve got Doug Ford, who seems to want to privatize all hospitals. It seems like an attack on women when you’re trying to privatize health care like that.”