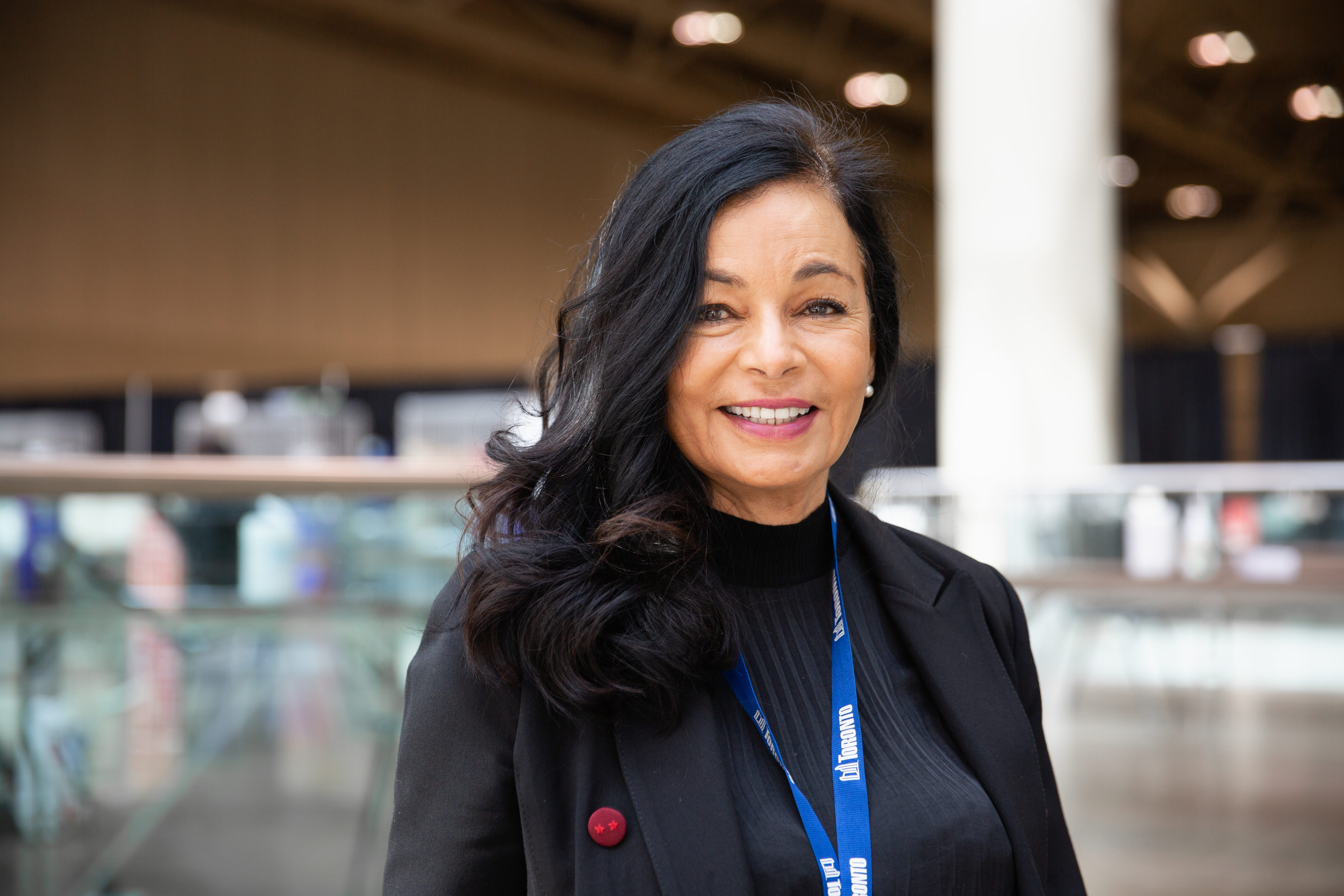 As the manager of Toronto Public Health’s preventable disease program, Ameeta Mathur has been living and breathing vaccines for years. Last October she was tapped to run the city’s mass vaccination clinics, which is both a huge honour and a huge operational undertaking. Here, Mathur breaks down the planning process (including why every chair cleaner counts), and the rush system that could help get more jabs into more arms.

“In non-pandemic times, I’m manager of the preventable disease program for Toronto Public Health. We handle the annual flu shot campaign, we go into homeless shelters to administer vaccines, we deliver the Grade 7 vaccination program in schools. That all came to a grinding halt last March. I was immediately redeployed to the community case and contact program. It’s crazy to think back to those early days, when we could list every case of Covid-19 in Toronto on one blackboard. Now, here we are a year, later administering the vaccine to thousands of people every day.

“In October, I got a call from Dr. de Villa asking me to oversee the hiring and redeployment of staff to operate TPH’s Covid vaccine program. She has been a guiding light for those of us in public health, and I was honoured to take on this responsibility. Priority number one was finding the right locations. We were already doing the flu vaccine at the Metro Toronto Convention Centre, so that seemed like a given. For the other sites, we needed large locations, between 30,000 and 70,000 square feet. We also wanted to be near Covid hot spots and be accessible to all Torontonians. We landed on the Toronto Congress Centre in Etobicoke, The Hanger, Cloverdale Mall and Scarborough Town Centre.

“From there we consulted with the events team. These are professional events coordinators who might normally oversee the planning of a large trade show or a Lady Gaga concert. It sounds funny, but so much of this is about crowd flow and control. We went to them with a conceptual skeleton—that these were the various elements we would need, these were the numbers, these were the health and safety considerations. Then the events team went away and came up with floor plans to suit the difference facilities. There is not a single stanchion or an arrow on the ground that hasn’t been carefully considered to optimize our ability to vaccinate.

“When you come to a Toronto mass vaccination clinic, the first staff you will encounter are our greeters. They’re the people stationed outside the main entrance to do virus checks, asking whether people are experiencing any symptoms, or if they’ve been outside of the country in the last 14 days. The first staff stationed inside are the screeners, who take your health card and handle registration. We were doing this manually for the first week, which was tricky with everyone in masks. In the second week, we brought in scanning equipment for the health cards, and we were able to cut times by about 30 seconds per person. When you’re moving more than 1,500 people every day, these tweaks make a huge difference.

“When the clinics opened on March 15, we were doing 350 people per clinic per day. By the second week, when our vaccine supply increased, we were doing about 1,400 at each location. This week the plan is to get up to 1,900 at each location. It’s exciting, but it’s also a massive operational undertaking. In our first week, we we had people lined for blocks outside the Toronto Congress Centre. We soon discovered that many of the people in the lineup were there an hour, sometimes 90 minutes before their appointment. I spoke with a few seniors outside of the convention centre. I asked if they needed any help, and they said, ‘No, my appointment isn’t until tomorrow. I’m just here scouting out the location.’ I thought that was quite funny. And I get it!

“After waiting for so many months, people are nervous that something is going to go wrong; maybe they won’t know where they’re supposed to be, or the line will be too long and they’ll miss their appointment. The problem is that we ended up with congestion and bottlenecking at the entrance. The events team came up with a two-line system—the first line is basically just a socially distanced holding area where people wait until it’s time to line up for their appointment. We have bottles of water and some chairs so people can be as comfortable as possible. We have official chair cleaners—people whose sole job is to wipe down chairs between uses. A lot of them are younger people who were redeployed from the city’s parks and rec department—20-somethings who probably weren’t imagining spending their summer corralling humans inside and and cleaning chairs. But everyone has been so enthusiastic.

“Staffing has been the biggest challenge. That’s what I’m stressing about at 3 a.m. How can we bring in more people as we ramp up vaccine supply? Recently, my six-member scheduling team spent days reaching out to RPNs directly via email and phone. It’s a time-consuming on our end, but we’ve found that making a personal appeal has been really effective. We tell people, ‘Even if you can come in for a few hours on the weekend or after your work day, it would be such a huge difference.’ And we’re thinking about who else might be qualified to administer vaccines with the right training. We’re looking at firefighters and paramedics, who already have some medical training, or maybe even dentists and dental hygienists.

“Of course, there have been fires to put out—that’s pretty much what I’m doing all day, every day. There have been issues with filling all of the slots and what to do with unused vaccine supply. The last thing we want is to waste even a single shot. So far we have been able to use anything left over at the end of the day to vaccinate our staff.  Our staff at the clinics are using a rush-line system—the same way they would for last-minute theatre tickets. You enter your name, and if there are extra vaccines at the end of the day, you have a chance to get one. My name came up a few weeks back—I got the second-last shot that was left for the day. At first I was hesitant. When you’re the captain, you feel obligated to take care of your crew first. My staffers were like, ‘Ameeta, don’t even think of passing on this. You’re here all day every day, just like the rest of us.’ So I did it.

“We’re considering a rush system for the general population, but that really depends on how things go. Since we opened for people 60 and up, appointment at our clinics are already are a lot higher, and ideally we’ll start vaccinating to capacity every day. Now, for the first time in a year, there is so much hope. We’re the team that’s going to bring our city back to some semblance of normalcy, and I could not be prouder.

“There was one little old lady in her 90s who was so grateful to get the shot that she started to cry. It was hard not to give her a hug. It can be so emotional to see people with mobility issues who come in with a caregiver. When they get vaccinated, you can just see the relief wash over the caregiver. Vaccine hesitancy is a real hurdle, and our vaccine-hesitancy group is working hard to remedy it. On one of our first days, we had a massive anti-mask parade go right by our entrance on Front Street, which was a little deflating. But you don’t have a sense of that here in our clinic. Everyone is so happy and excited. Last week our system went down for a few minutes. I walked around, talking to the people in line to let them know what was going on. One older gentleman said, ‘Ameeta, as long as we’re waiting, shall we dance?’ I had to say no—social distancing—but that made my day.”