Doug Ford’s new book, Ford Nation, purports to tell “the real story” behind Rob Ford’s mayoralty. Whether or not it achieves that goal, the tome does include one thing that will be of interest even to people who feel like they’ve already heard more than enough about the ex-mayor: 18 photos of life with the Ford clan, dating back to the early 1970s, when Rob was an infant. 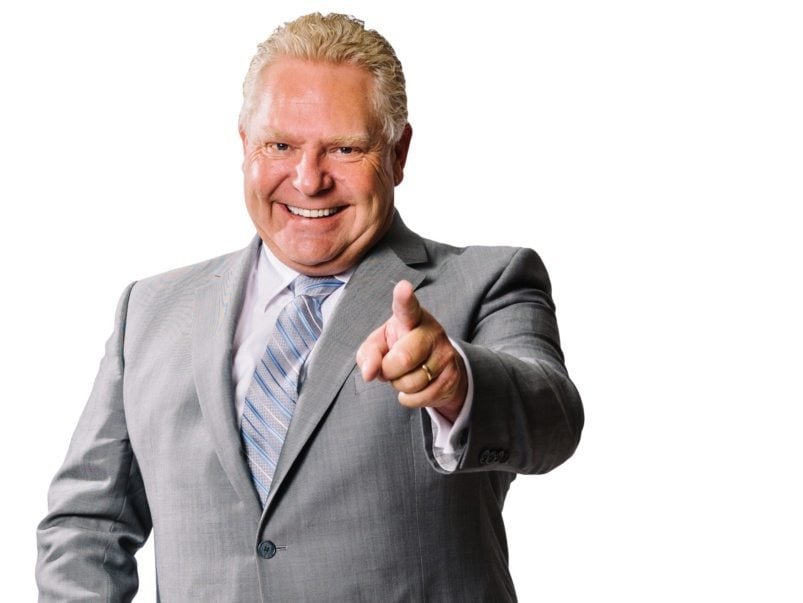 Throughout the Ford mayoralty, journalists went to extreme lengths in their attempts to reconstruct the troubled family dynamics that gave rise to Rob Ford’s very complicated personality. Reporters at the Globe and the Star were eventually able to trace Rob’s problems with drugs and self-esteem back to his experience growing up with a successful, domineering father and three extremely troublesome older siblings.

Now, thanks to these photos, it’s possible for the public to see what the Ford family looked like during those formative years. Looking at pictures of Rob Ford as a child won’t change anyone’s mind about his legacy, but it does manage to provide some context where there was little before. Here are a few of the shots.

Rob Ford as an infant, next to a gun rack. His father, Doug Ford Sr., was a fan of hunting: Here’s the entire Ford clan, in 1972. Randy, on the far left, and Kathy, on the far right, are the two Ford siblings who never made their way into politics. Rob is the one with Doug Sr.’s hand on his shoulder. The woman in the middle of the frame is Diane Ford, Rob’s mother: Rob (below) and Doug (above) at the family home, on Weston Wood Road: At one point shortly after the end of his term as mayor, Rob Ford claimed to have grown up with a Muslim sibling, whom his father had adopted in 1982. In Ford Nation, Doug clears up the story. Mohsine Hanfi (right) came from Morocco to stay with the family for a few days and ended up living with them for eight years: Rob, at age 17. This is what a Ford family Christmas looked like: And here, from Rob’s wedding in 2000, is the most complete Ford family portrait ever published (to the best of our knowledge). From left to right, we have Doug, Doug’s wife Karla, Lisa Dolson (Randy’s ex-girlfriend and the mother of his two children), Kathy, Randy, Doug Sr., Rob and his wife Renata. Michael Ford (who is now a city councillor) is in the middle, in the blue vest. The girl in the blue dress in the far right is Kathy Ford’s seldom-mentioned daughter, Jennifer. The four girls in the bottom row are Doug’s daughters: