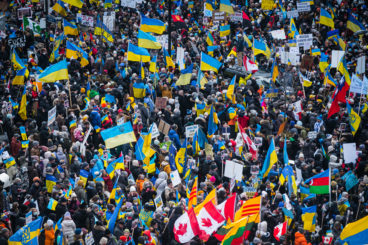 Scenes from Toronto’s rallies in support of Ukraine

“You could feel the tension in the air, but there was also a sense of joy that so many people showed up in support”

On Sunday afternoon, thousands gathered at Yonge-Dundas Square to protest Russia’s invasion of Ukraine and denounce Putin. The demonstration, organized by the Toronto branch of the Ukrainian Canadian Congress, marched through downtown to Nathan Philips Square, where a smattering of high-profile speakers addressed the crowd. Chrystia Freeland spoke, as did Oleksandr Shevchenko, the Consul General of Ukraine in Toronto. Mayor John Tory and Margaret Atwood were also among the attendees. “You could feel the tension in the air,” says Joshua Best, who documented the crowd on Sunday. “Many folks were completely distraught, but there was also a sense of joy that so many people showed up to support Ukraine.”

Sunday was only the city’s latest show of solidarity with Ukraine. Several rallies were held last week, while City Hall flew the Ukrainian flag, the Toronto sign and the CN Tower were lit up in blue and yellow, and the LCBO pulled its Russian products from shelves. Toronto can expect these acts of unity to proliferate in the coming days and weeks as the city shows its support for Ukraine and the local community. Here, some shots from recent rallies.

The “Mega March for Ukraine” protesters gathered at 2 p.m. on Sunday at Yonge-Dundas Square: 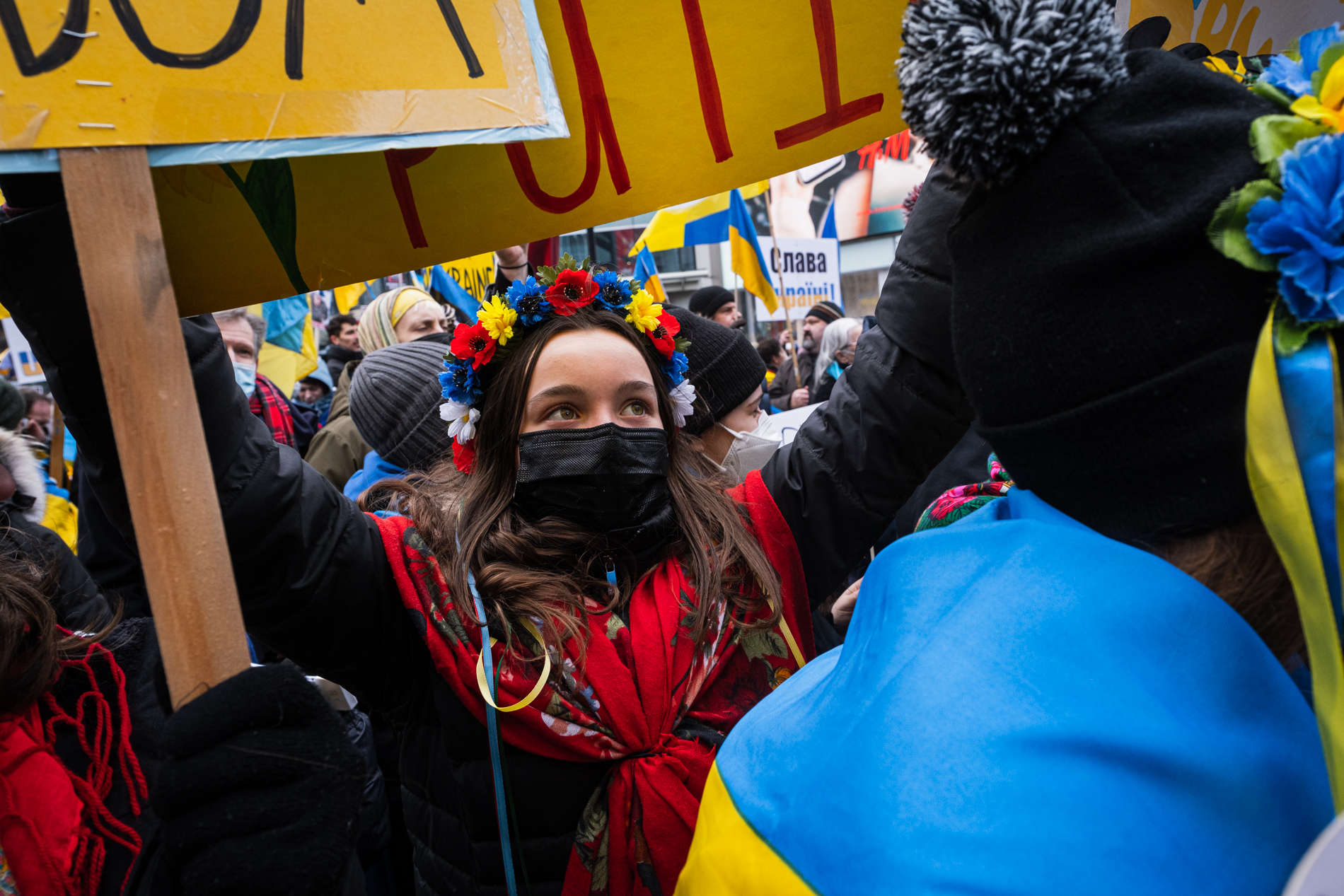 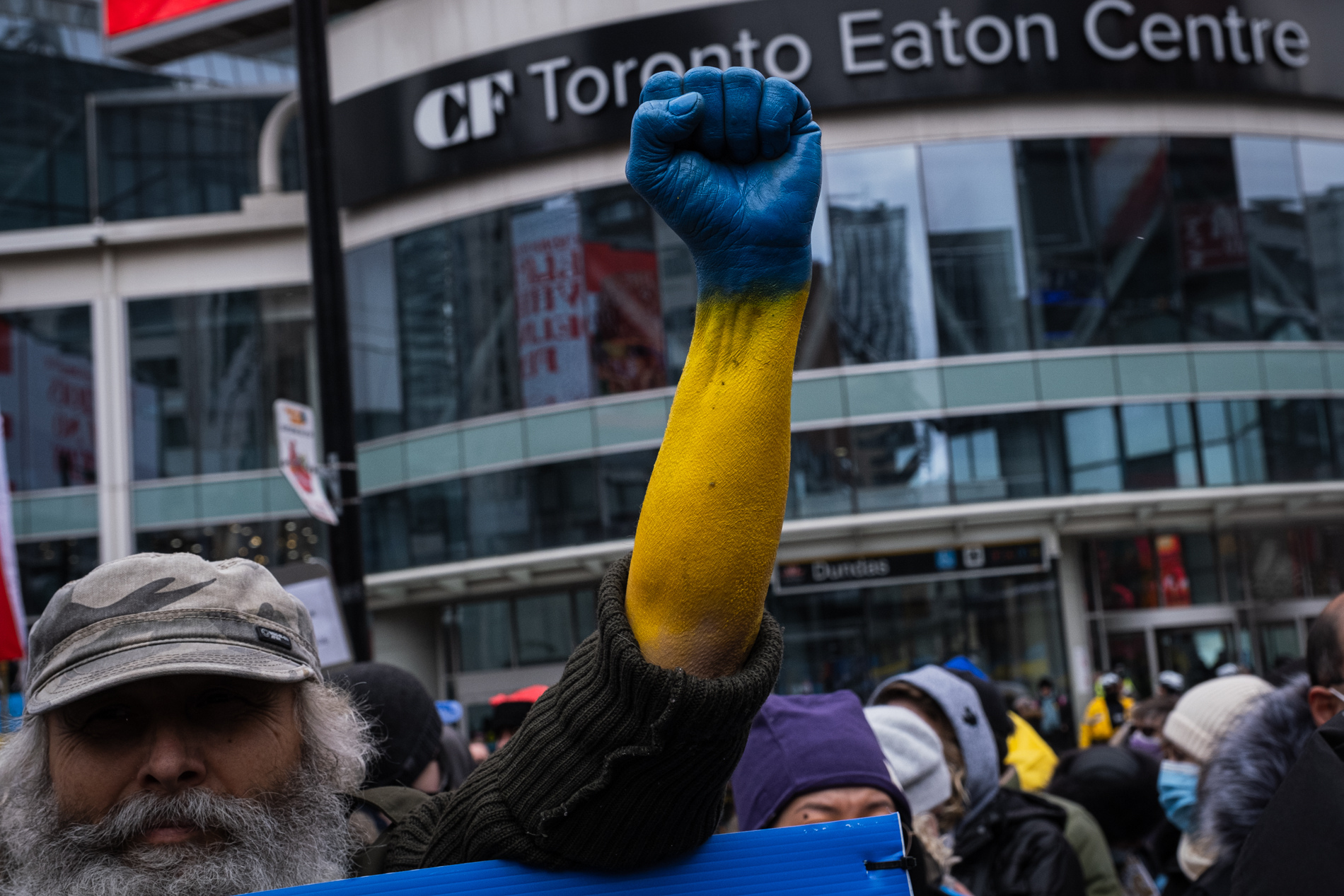 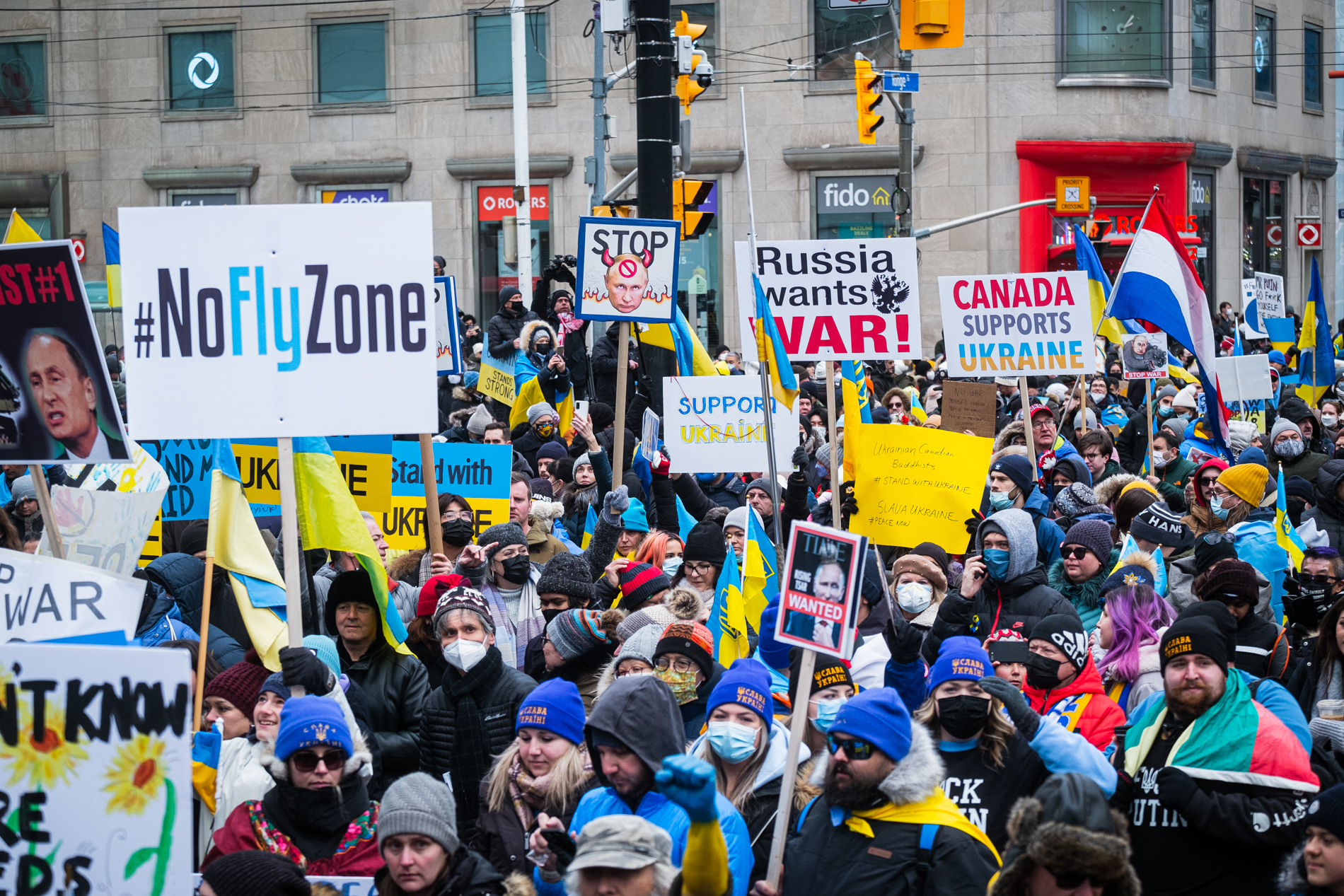 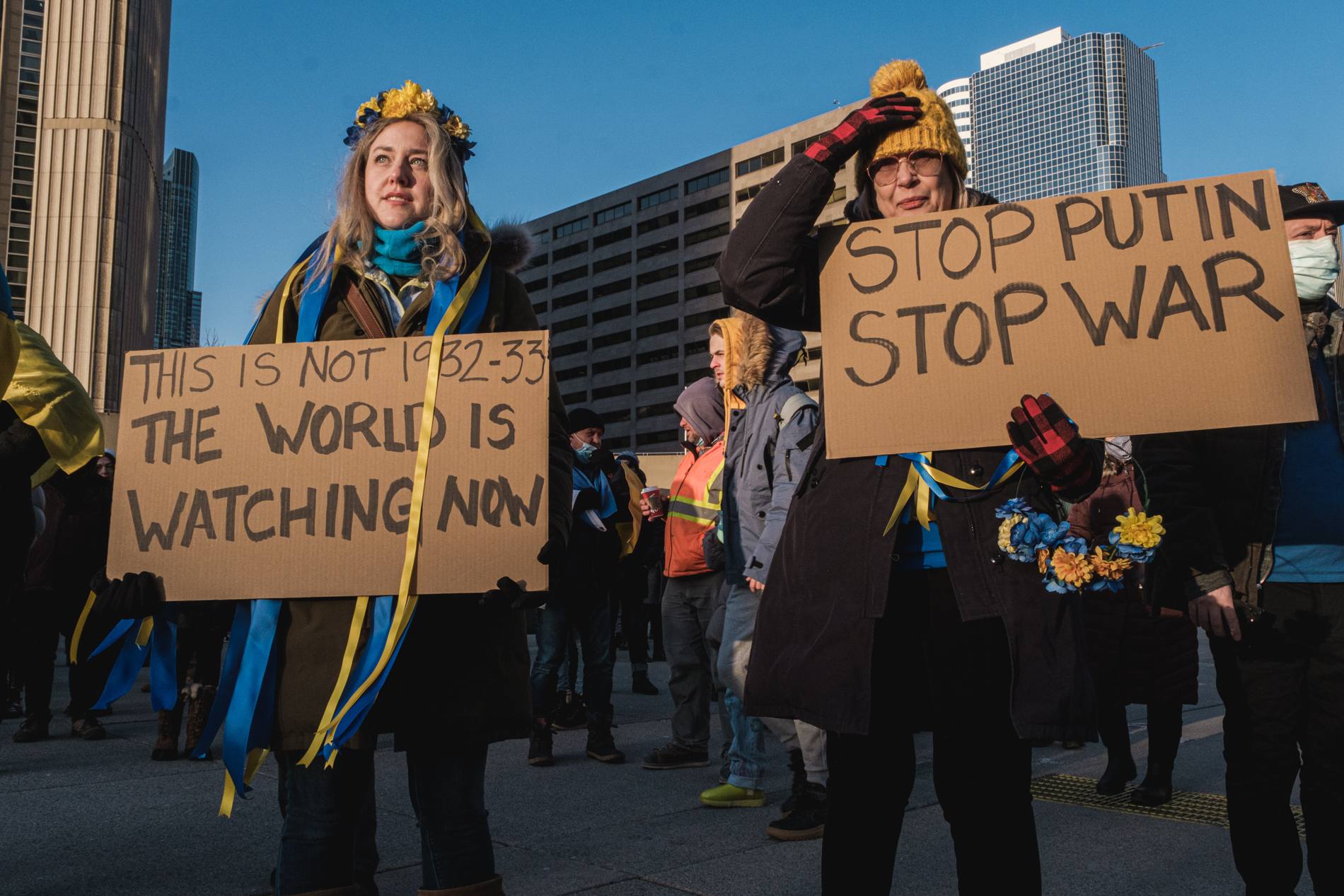 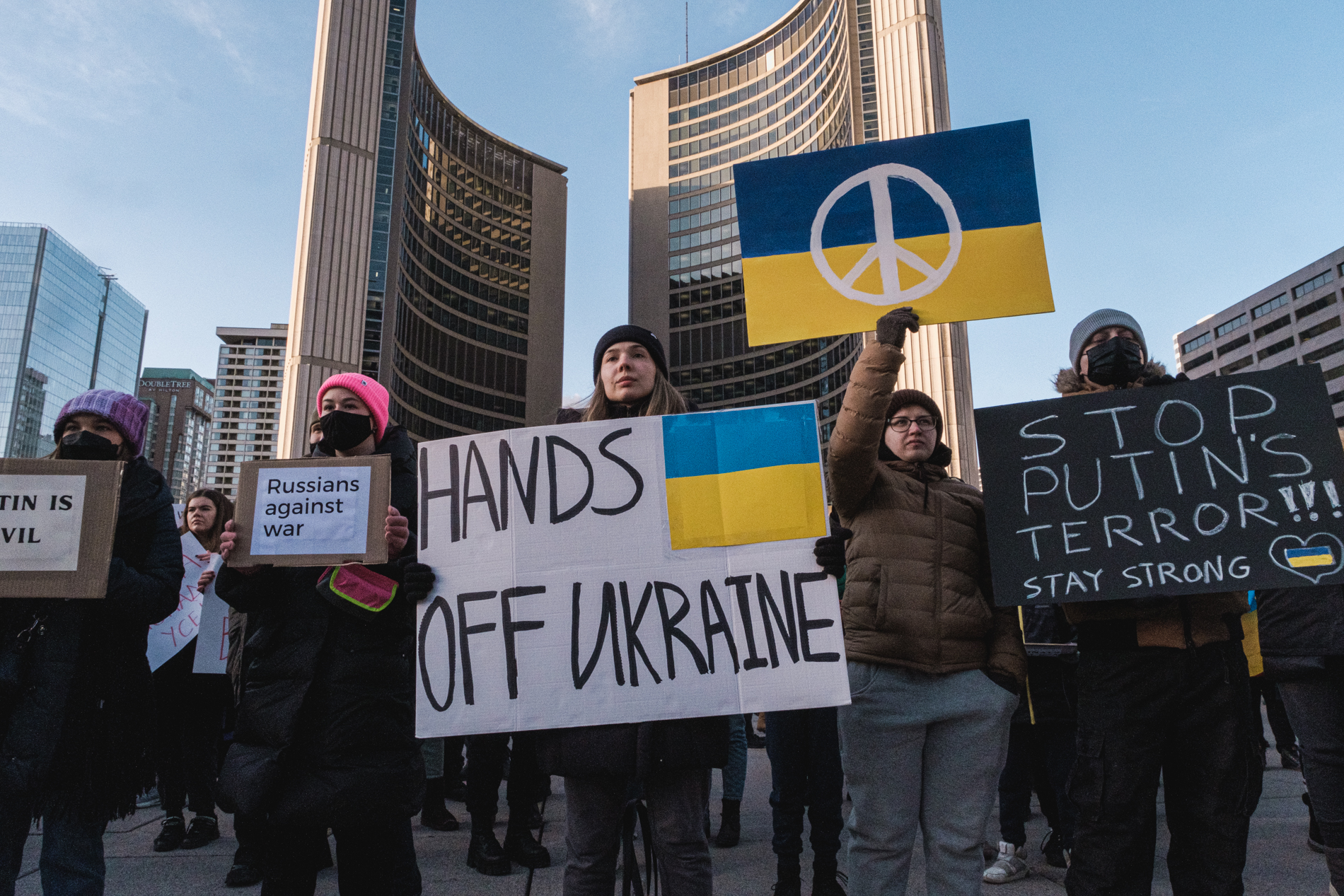 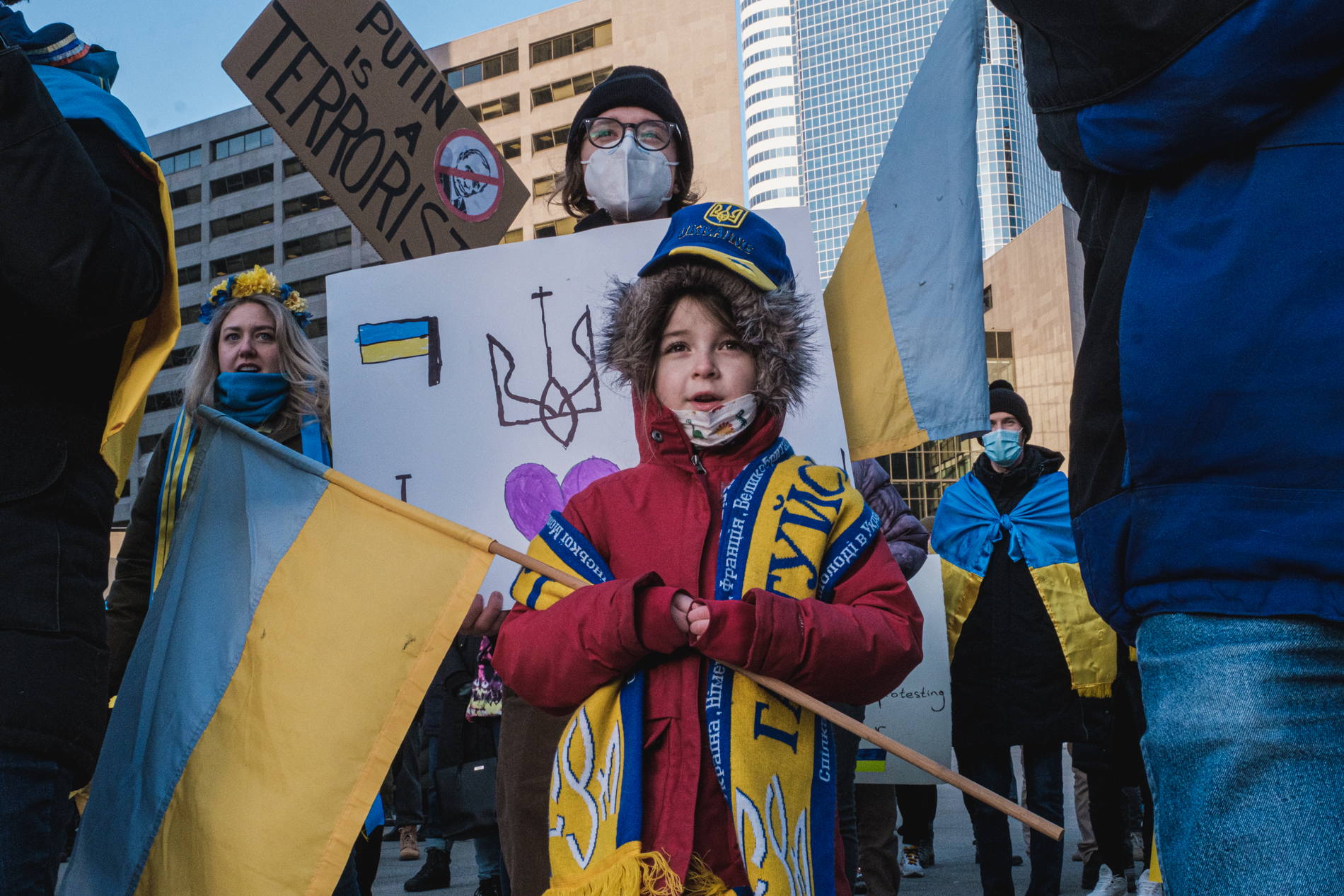 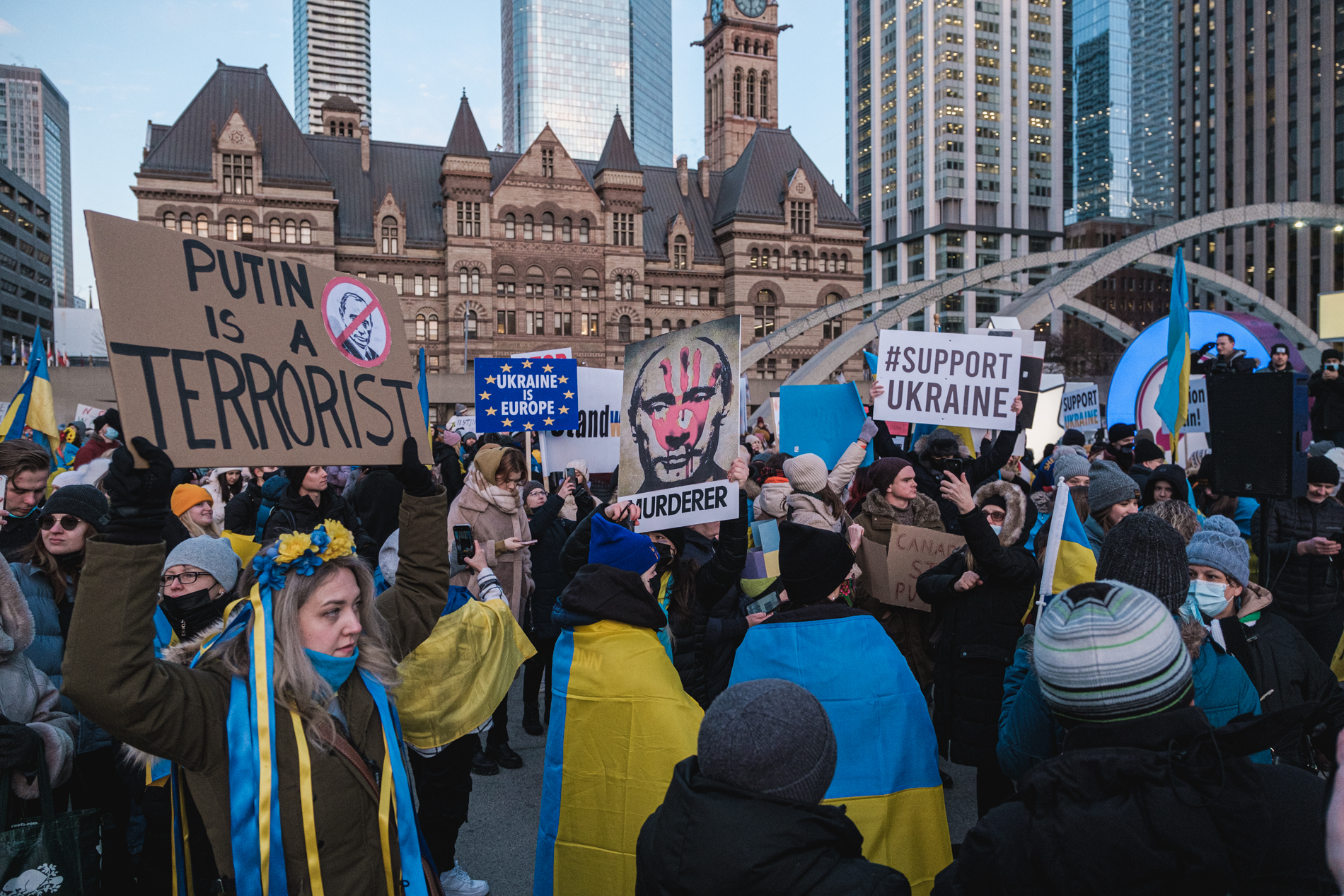 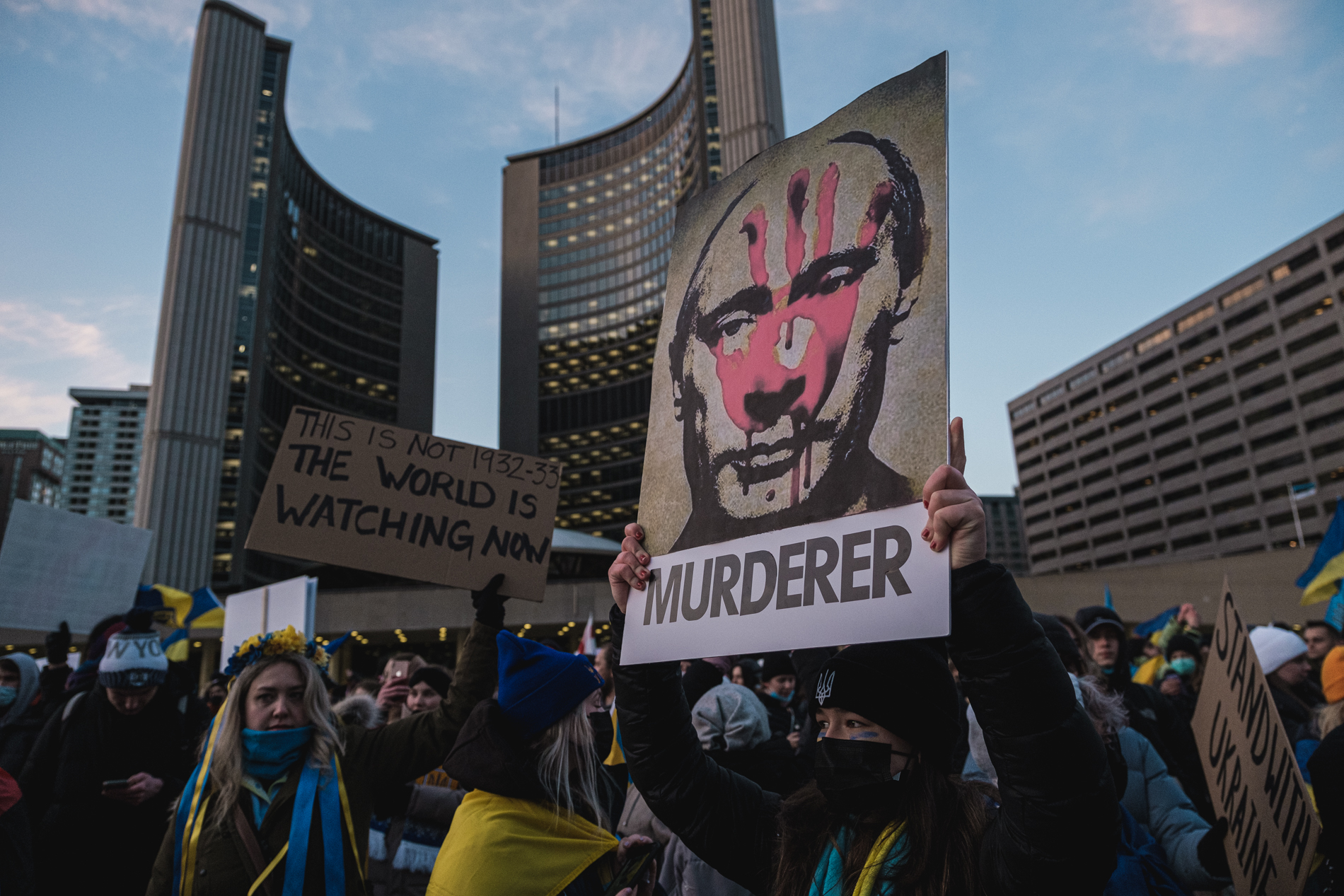 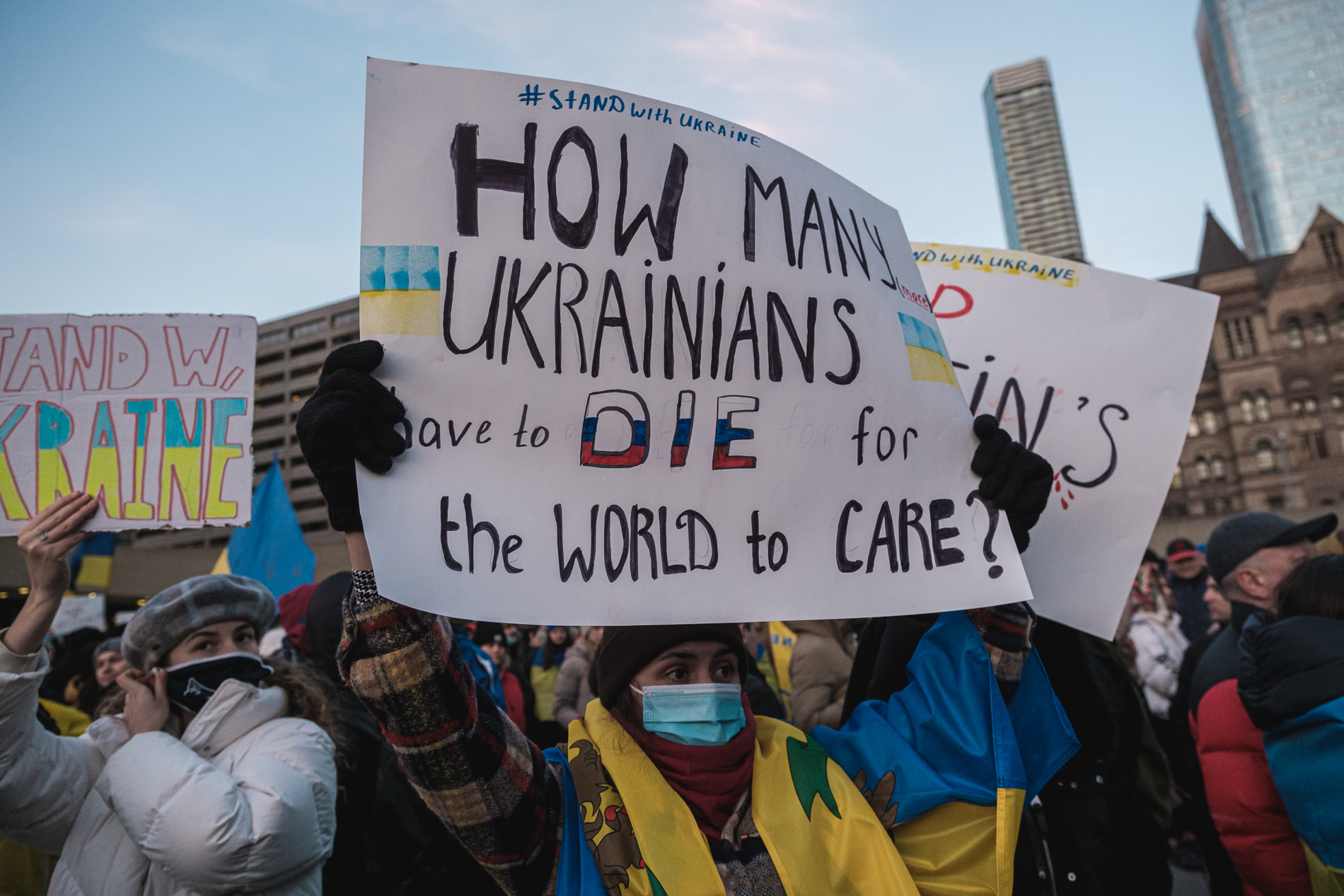 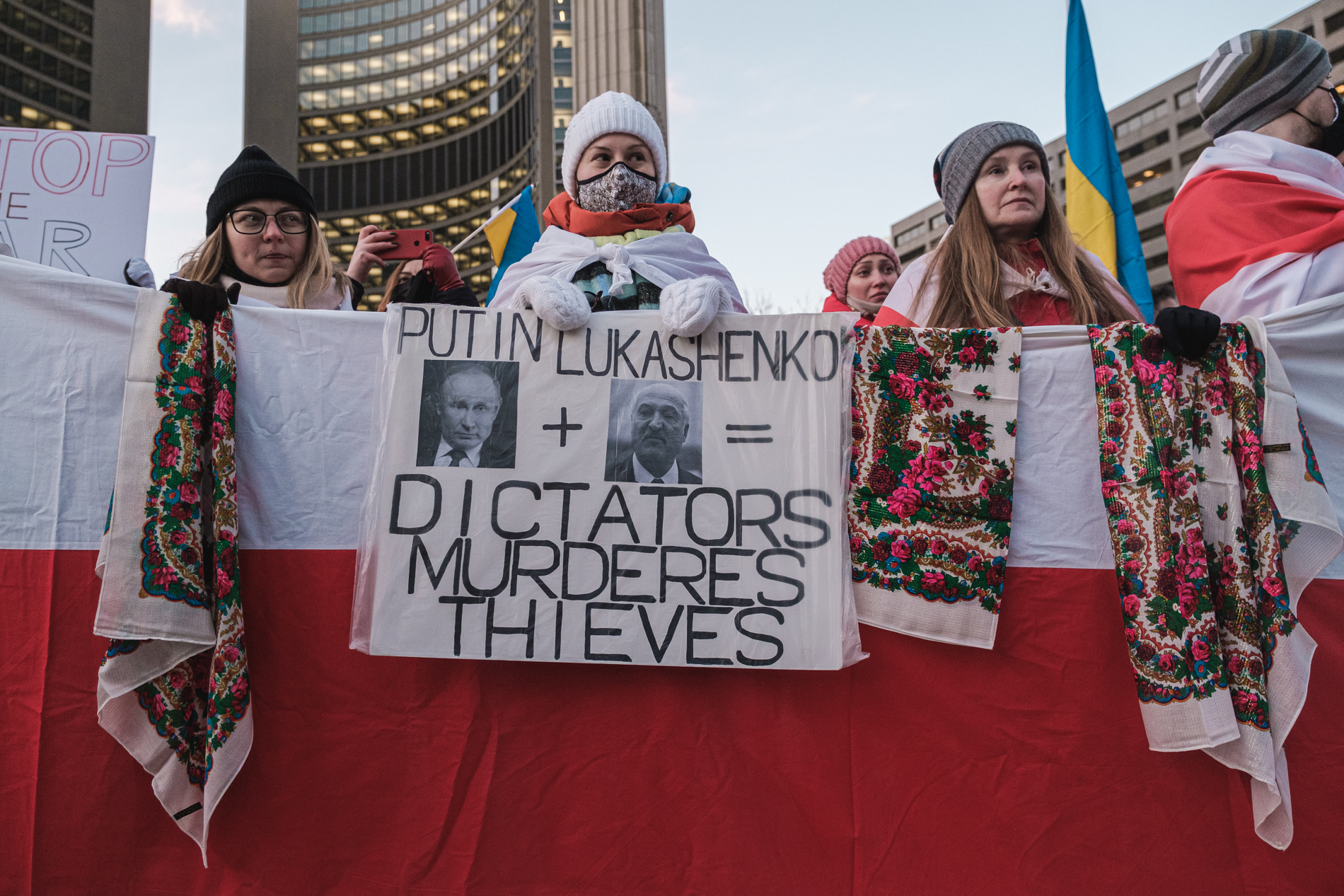 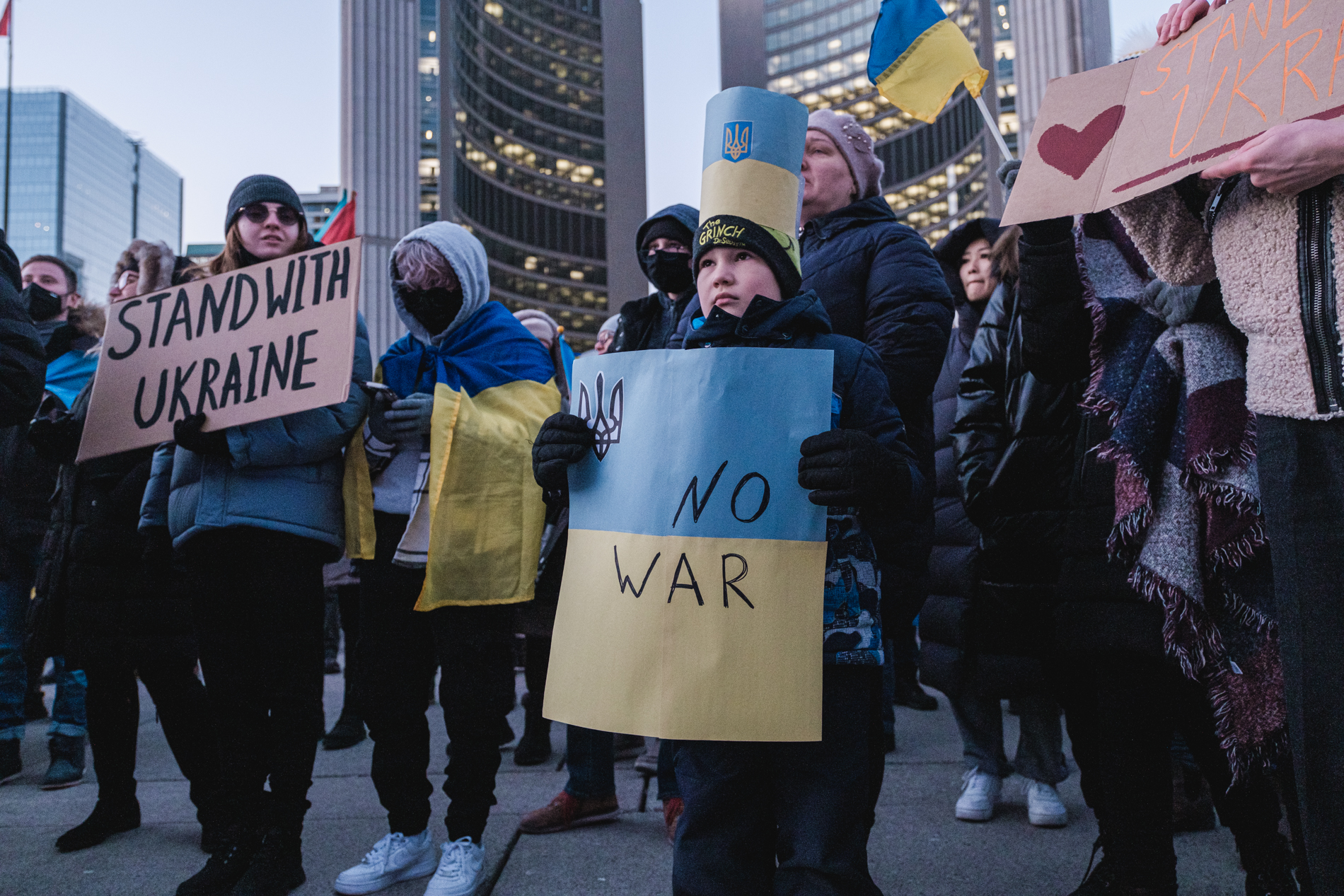 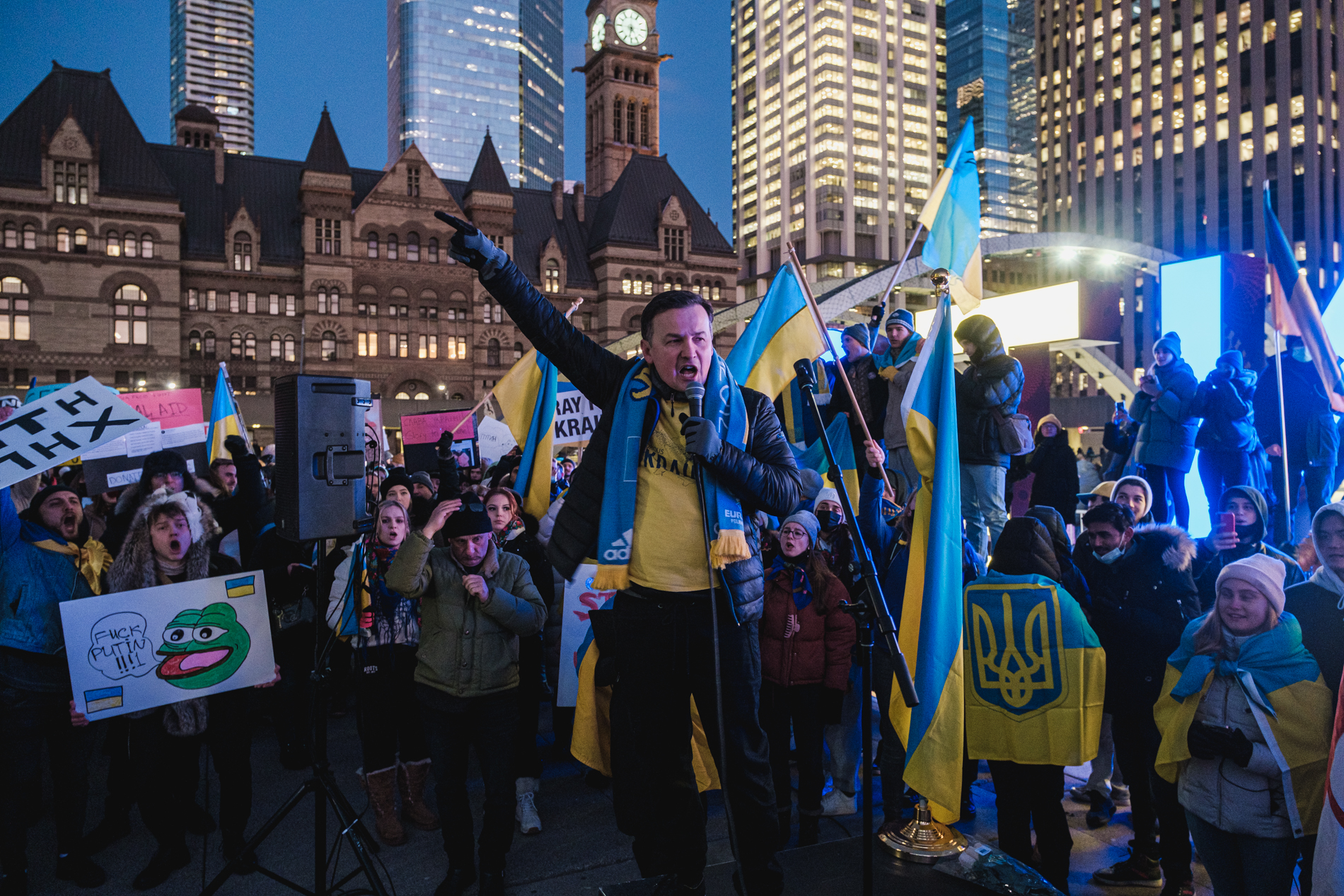 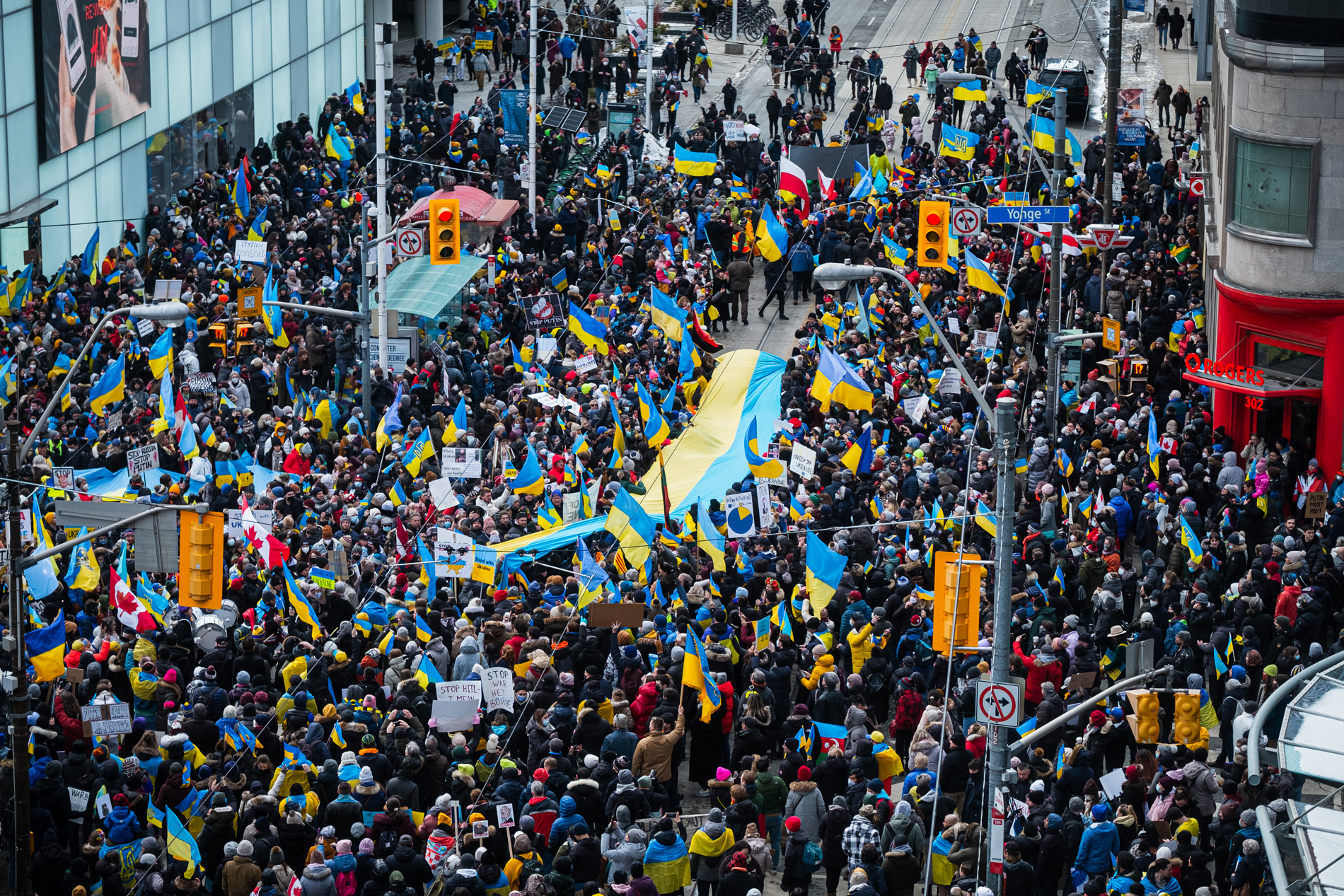 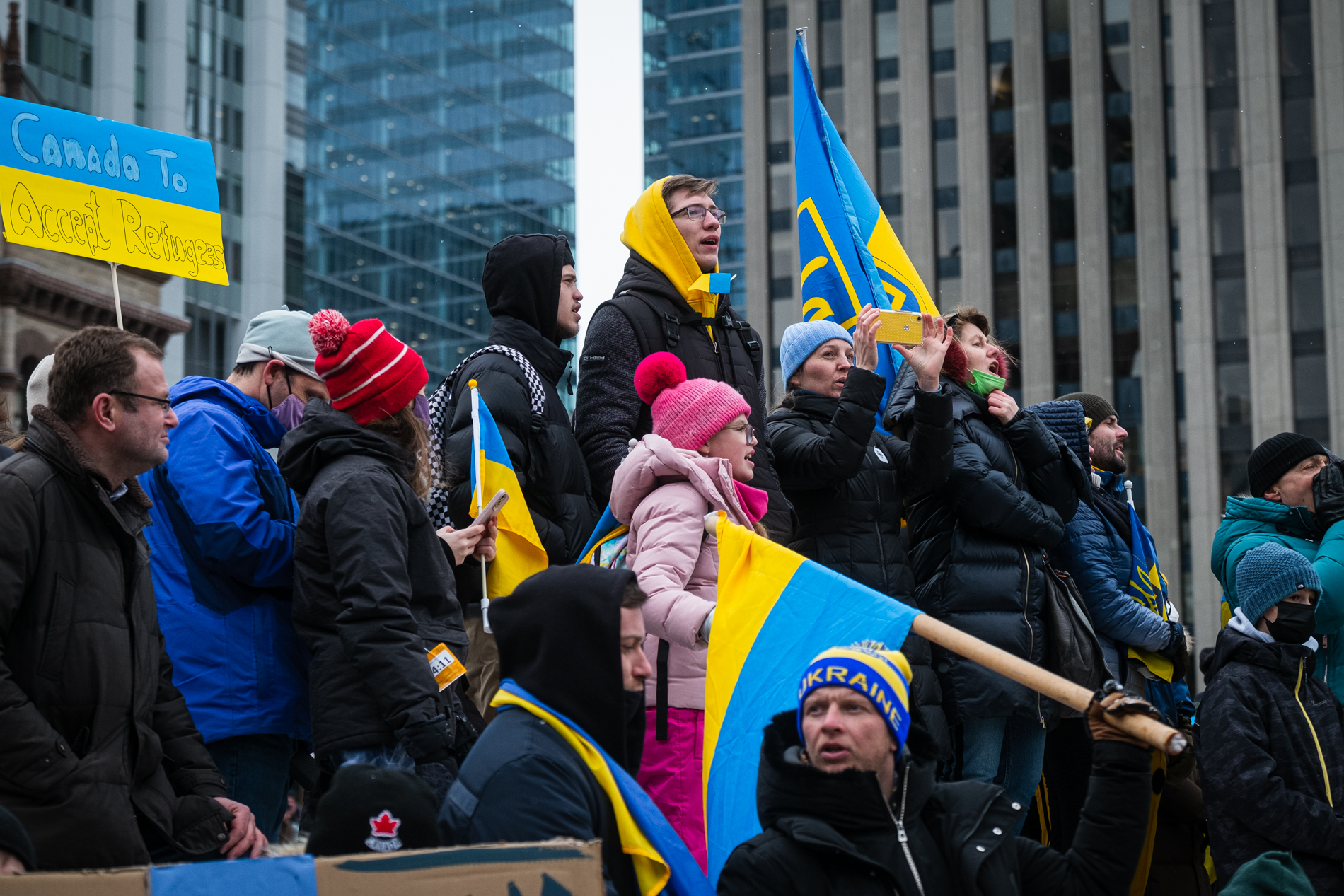 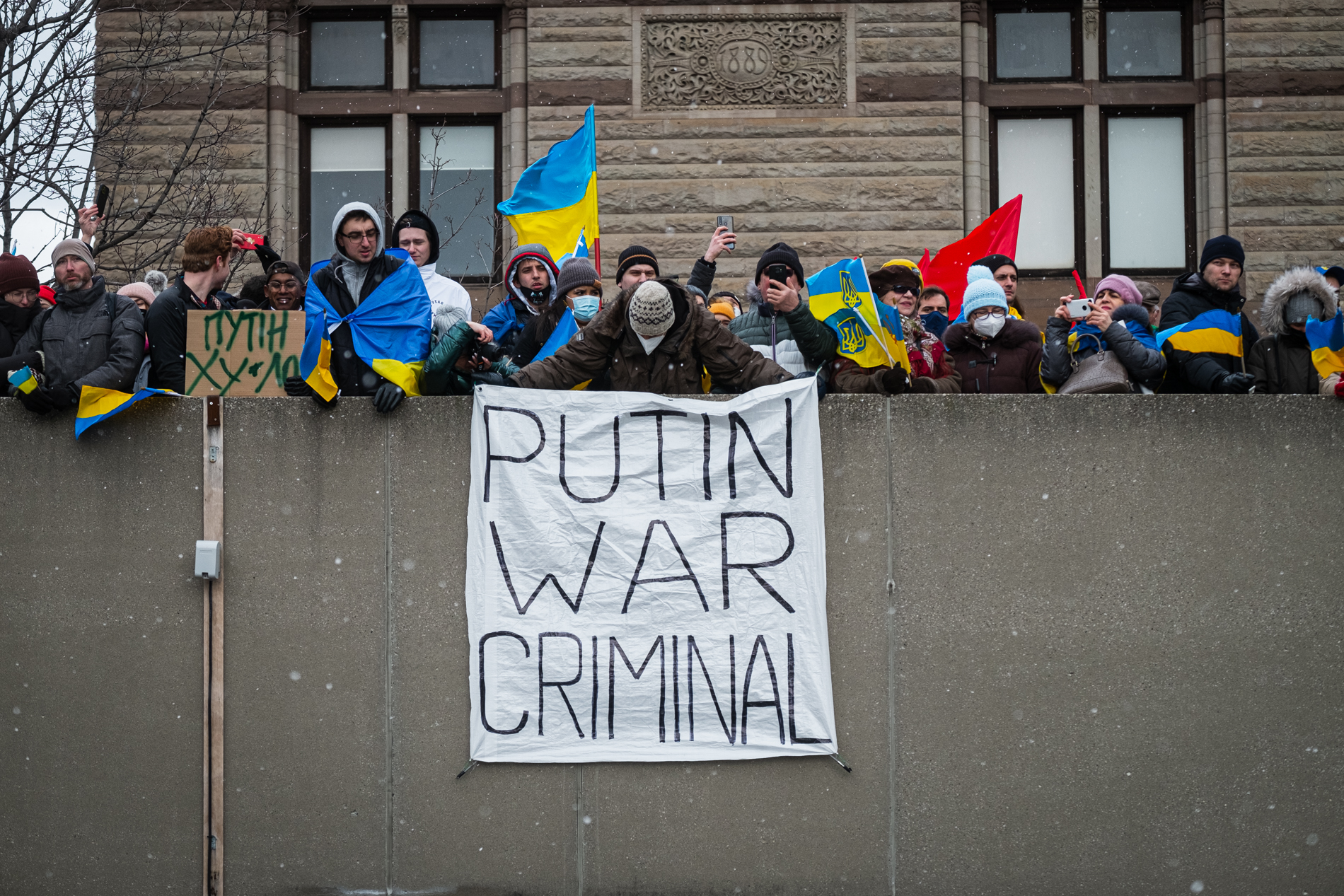 During the marches, the crowd chanted, “Stand with Ukraine”: 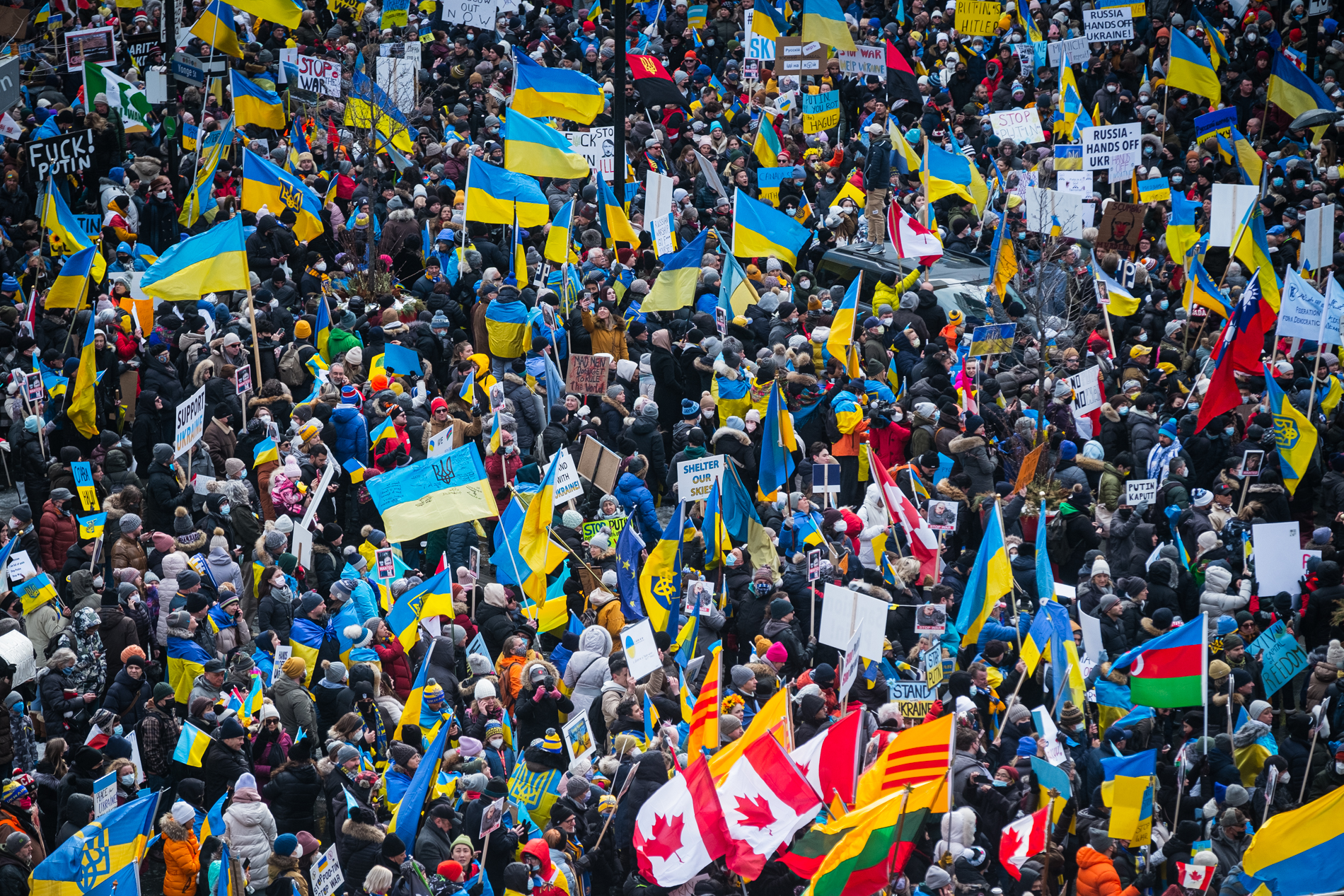 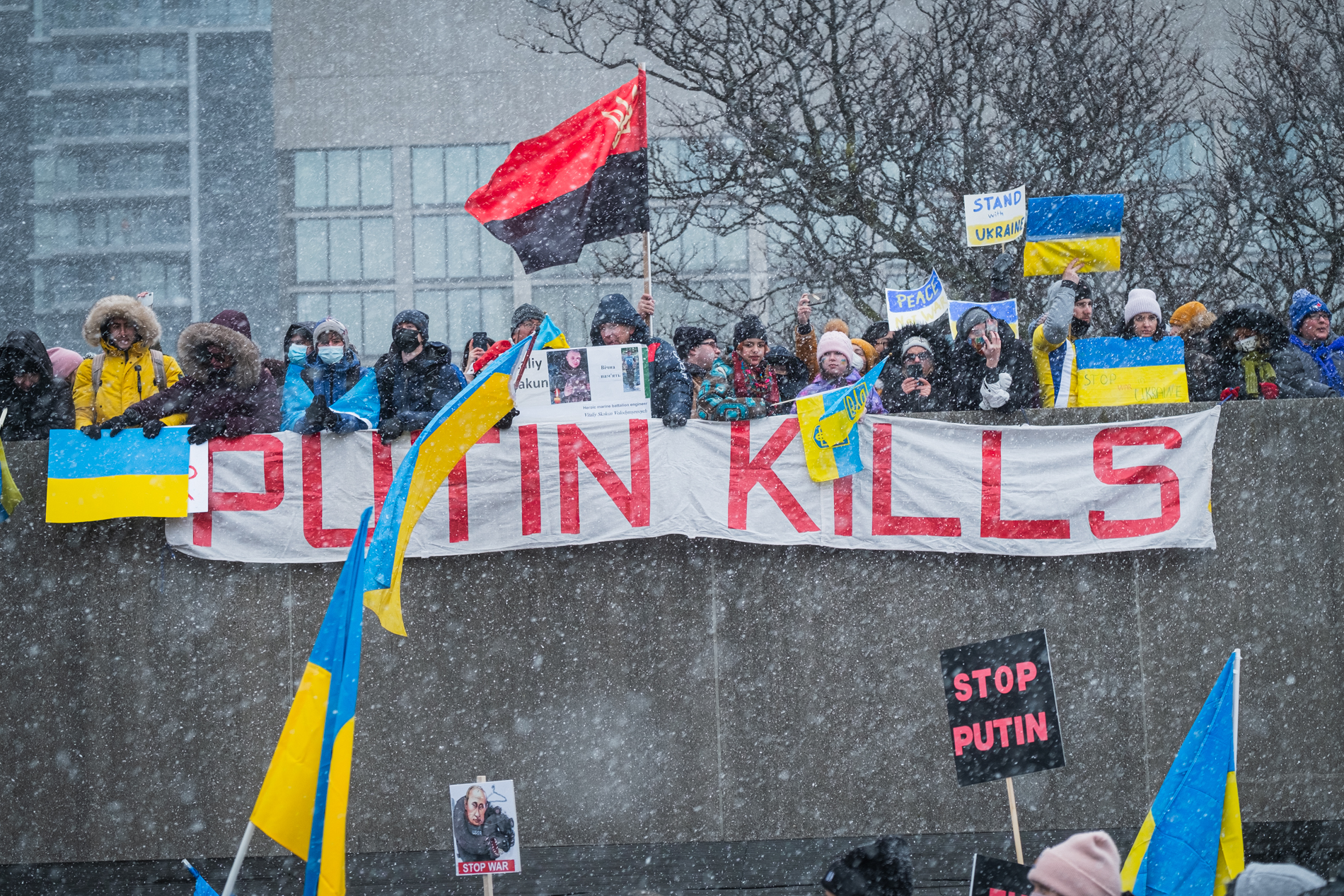 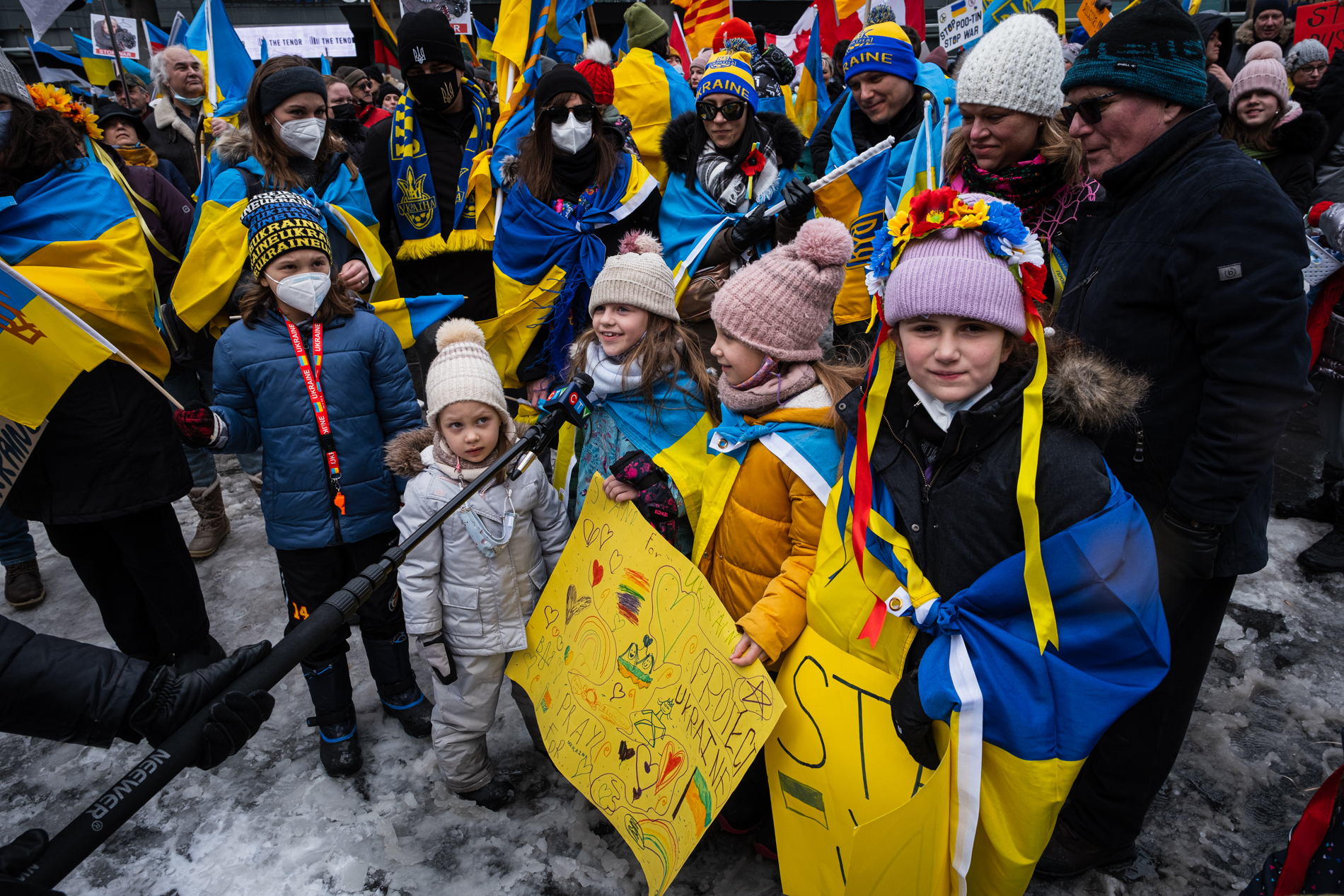 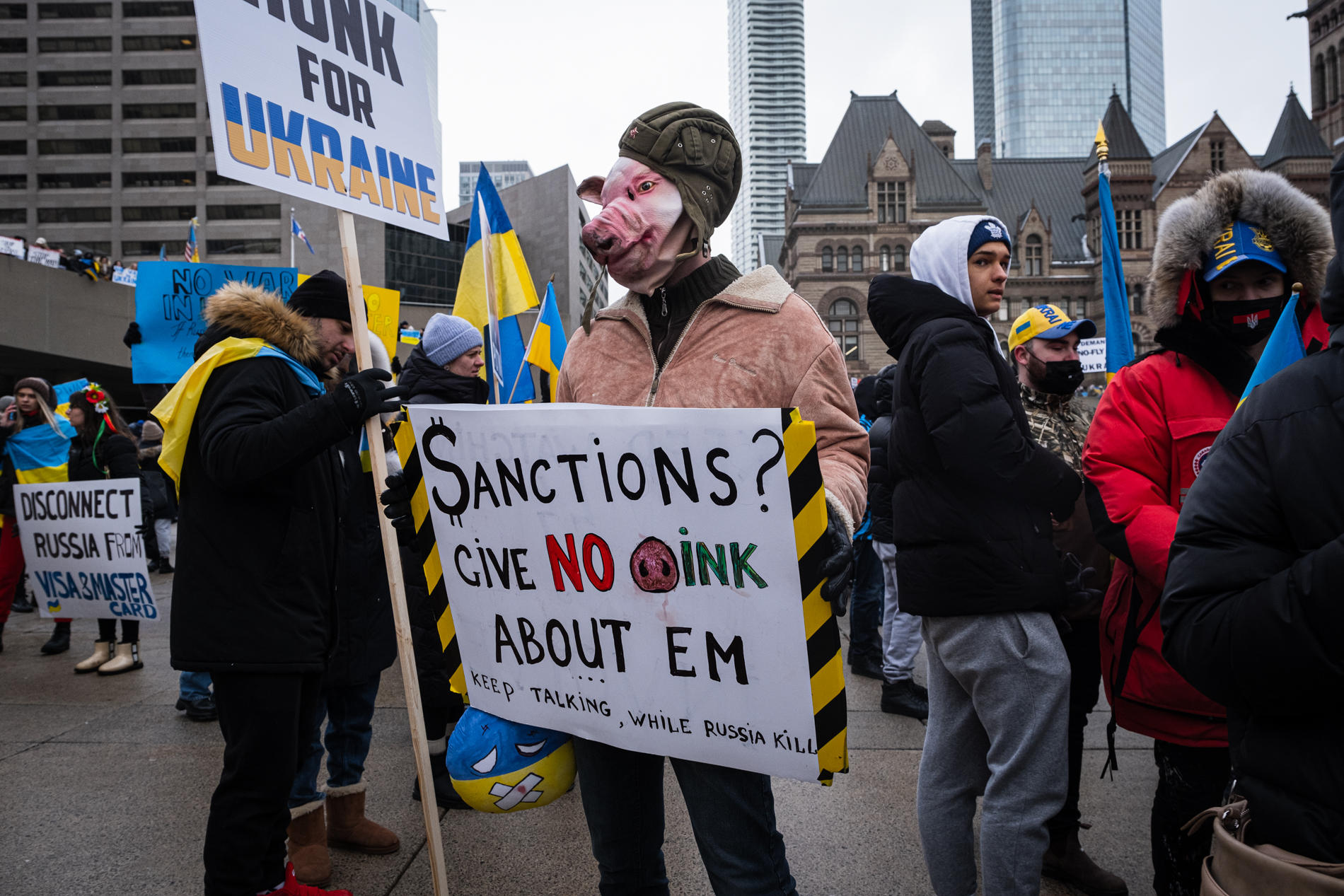