Q&A: Saad Rafi, Toronto’s recovery czar, on coming out of retirement to guide the city to its new normal

Q&A: Saad Rafi, Toronto’s recovery czar, on coming out of retirement to guide the city to its new normal 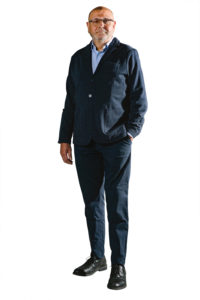 Is steering the city in its recovery from coronavirus the kind of gig where you throw your hat in the ring, or did they come to you?
In mid-April, the mayor called me at home, where I was self-isolating with my wife. I’d been semi-retired from my role as a partner at Deloitte Canada for several months, so I had the time to take on what is basically a 24-7 role.

It sounds like you were created in a lab specifically for this role. What does the job entail, exactly?
The first priority is to sit down with Dr. Mowat and listen to his advice on the conditions necessary for us to restart things. I’ll do a lot of consultations to understand the impact the pandemic has had on businesses, cultural organizations, community groups, vulnerable populations and more.

How much power do you have? If you make a recommendation, who can veto it?
I provide evidence-based advice and recommendations to the mayor, and he makes the decisions.

Here’s the big question: when will life get back to normal?
Some experts are using the term “the next normal,” and I think it’s apt. Think of the way we learned to live with changes to security measures at the airport after 9/11. It’ll be a journey, one that’s dictated by the virus, not by some arbitrary date. So until we have mass immunization, we’ll need to get used to adjusting our lives.

When the appropriate time does arrive, what might the early stages of recovery look like?
A gradual reopening of some businesses and other operations. I’m sure your next question will be in what order, but it’s too early to say. Parks are on the list of things to consider. Public Health will take the lead on congregation numbers and when it could be safe to relax them a little.

You need a T-shirt that says, “When I know, I’ll tell you…”
I do get asked about timelines a lot. It’s understandable.

What has your own pandemic experience been like?
My wife and I try to go out only for necessities. Before I took on this job, I was discovering all manner of reading material and TV shows. We’re trying to keep to a routine because everything I’ve read says that’s a good idea.

Are you baking bread like everyone else in the world?
I’ve always had an interest in cooking. Lately, I’ve been making healthy, basic stuff from a Jamie Oliver cookbook.

How’s the haircut situation?
That one pretty much takes care of itself. I’m mostly bald and I can trim it as necessary at home. In that regard, I guess I’m fortunate.

I’m assuming that as the former Pan Am Games CEO, you’re a sports guy. How has the drought been for you?
I’ve been rewatching old basketball games and golf tournaments, and I caught the NFL draft. The Pan Am Games taught me a lot about the positive impact sports can have on children, youth and society in general. Having them back will help everyone.

When the Raptors won the championship, there was a city-wide parade. Should there be one for front-line workers when this is all over?
We definitely need to recognize those heroes, somehow.

On the other end of the heroism spectrum are the protesters condemning the lockdown measures. Do they put extra pressure on the people making the big decisions?
I don’t know that there can be any more pressure on them. It goes without saying that they are absolutely feeling the weight of their decisions right now.