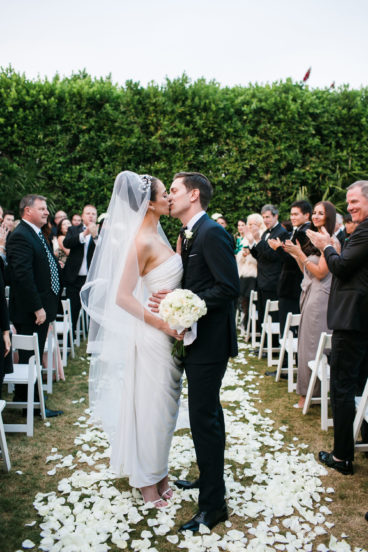 Inside a breezy Palm Springs celebration

Jeff Brenner, co-founder of Couple, a lab-grown-diamond ring brand, first noticed Isabella Romano, president of the marketing company Ohme, at her sister’s wedding back in 2014. He was friends with Isabella’s brother-in-law and thought she was cute, but didn’t think much of it until a year later, when he was invited to their family Thanksgiving in Kleinburg.

After dinner, Jeff suggested to Isabella that they split an Uber back to Toronto. Over the next few months, he spent hours crafting thoughtful texts to send her. Finally, in December, she agreed to meet him for a drink. They went to Bar Fancy on Queen West and shot pool at Apartment 200. Before long, they were travelling the world together: they sang karaoke in Paris, ate oysters in Whistler, attended tennis tournaments in Australia, France, Wimbledon and the U.S., and took regular trips to Palm Springs, where Jeff proposed in 2017.

They spent the next year planning a breezy wedding at Parker Palm Springs hotel, where they stayed on the night of their engagement. Their big day featured classy cars, live music and a drop-in tennis tournament. 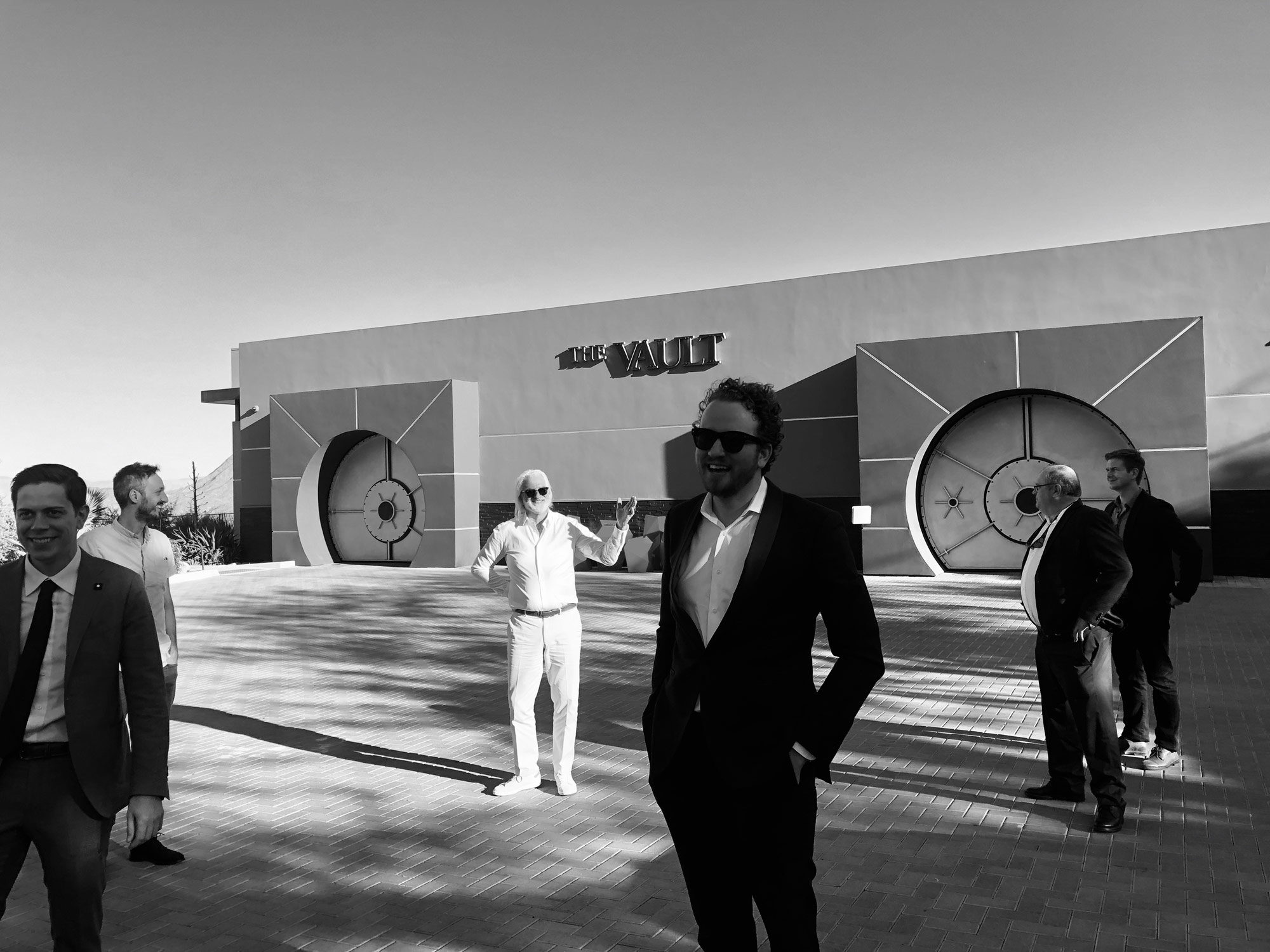 Before the wedding, Jeff brought his groomsmen for a tour of the Vault at Bighorn, a members-only showroom for luxury cars. 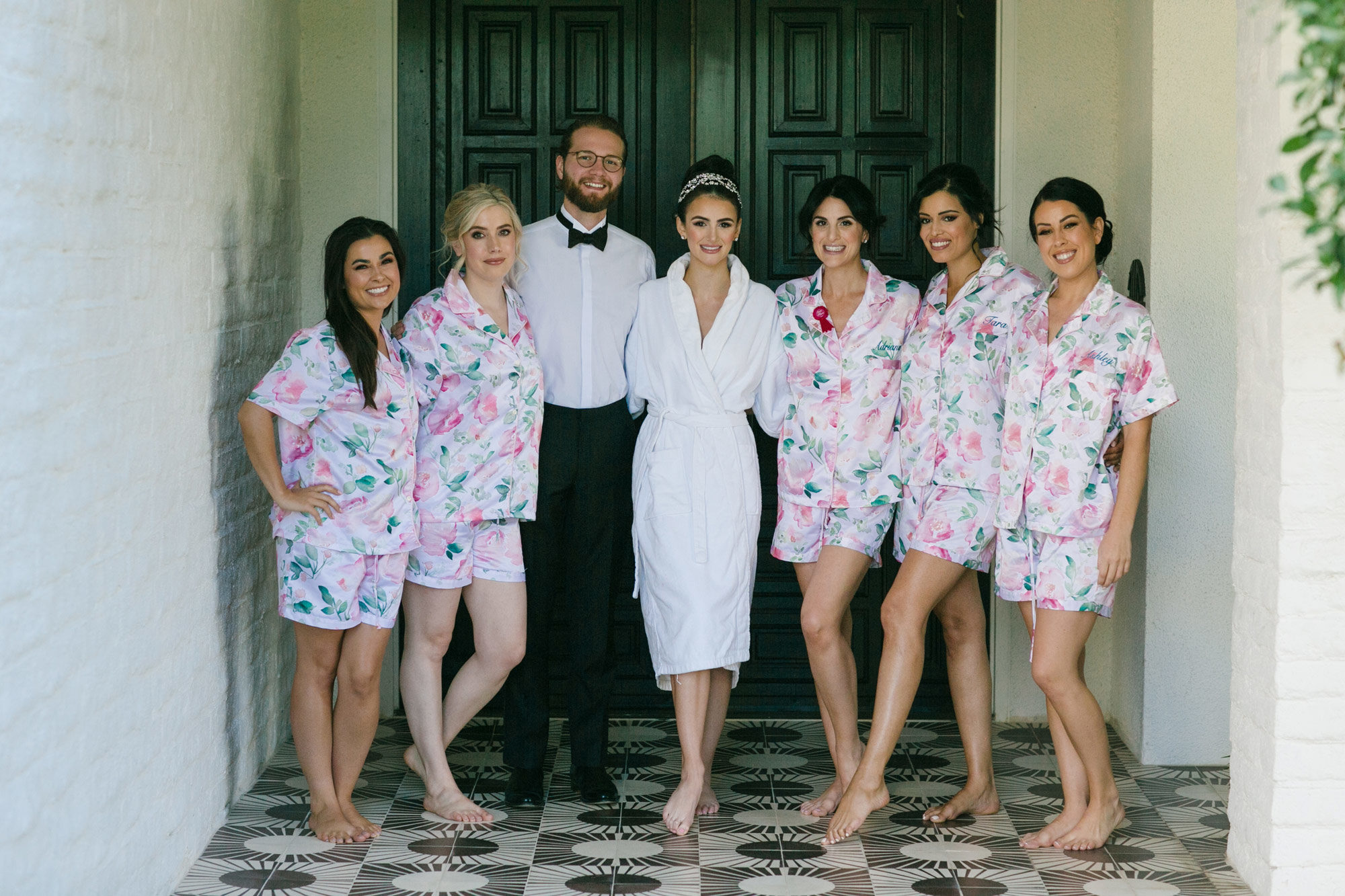 Isabella and her bridesmaids got ready at the Gene Autry residence, a mid-century house with a large yard at Parker Palm Springs. 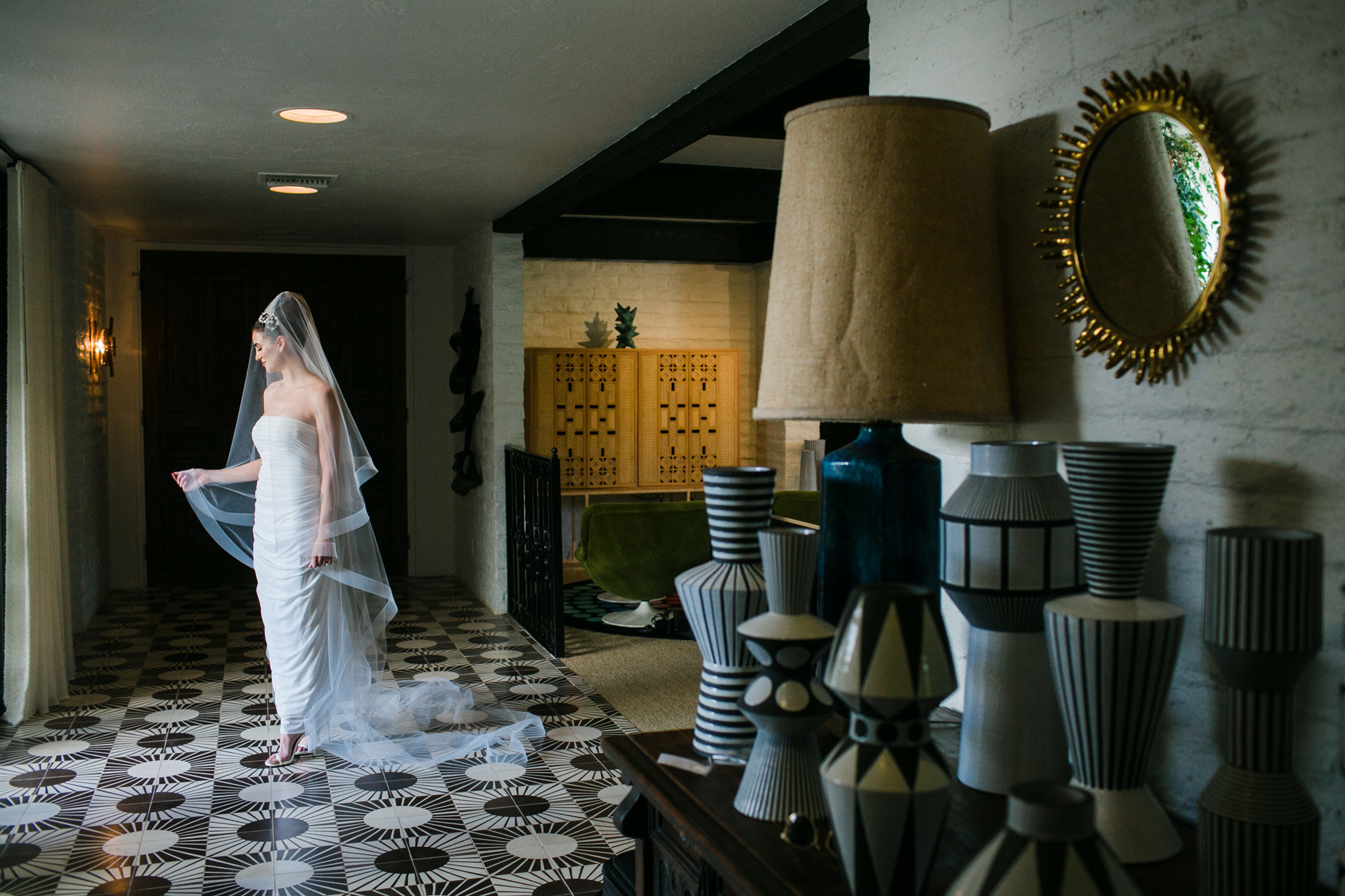 Isabella wore a vintage Luis Estévez dress from 1965. She found it online in her exact size a few days after they got engaged. 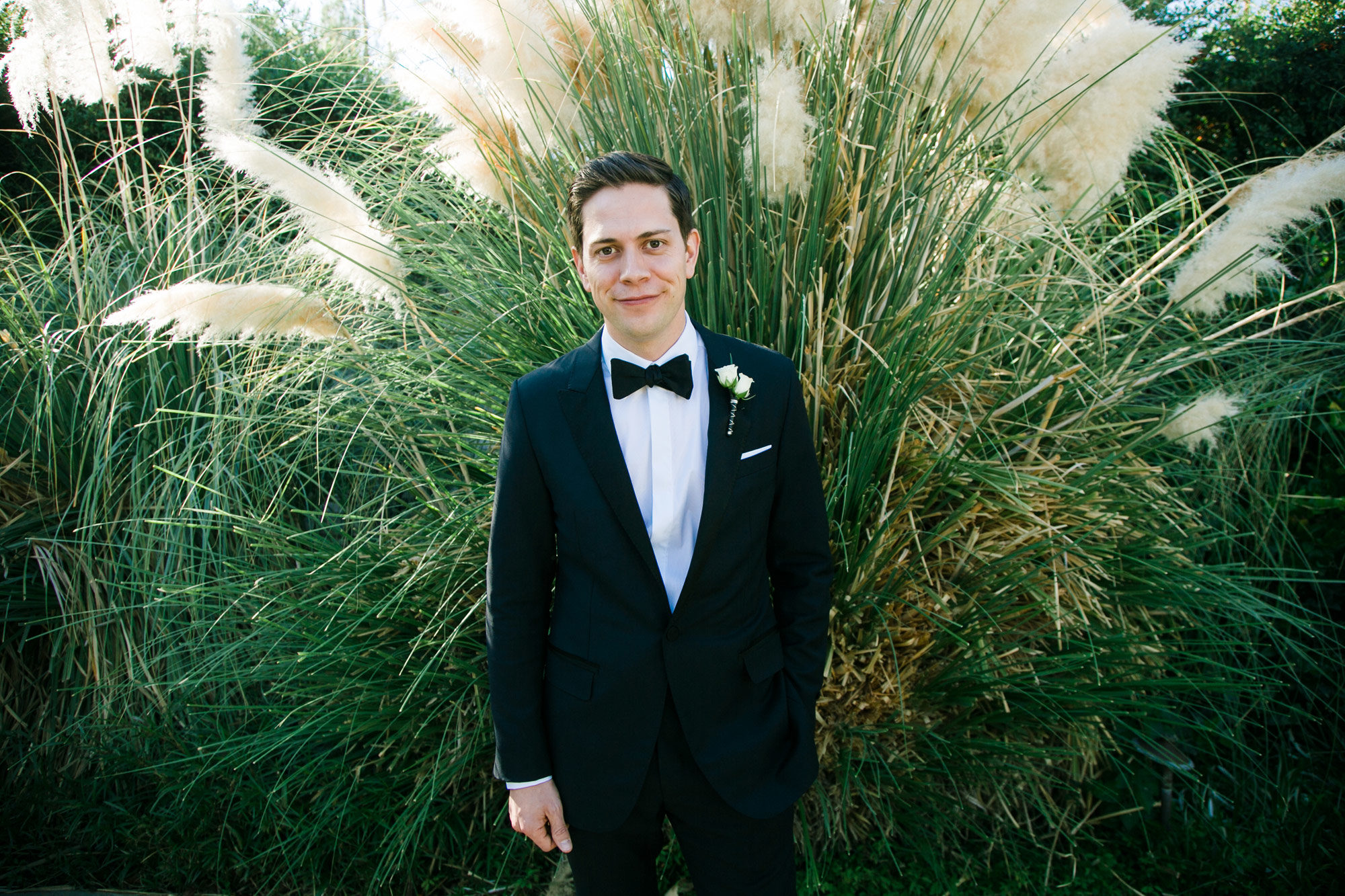 Jeff wore a midnight blue tux from Nicolas Toronto, paired with Hermes cufflinks Isabella gave him the night before the wedding. 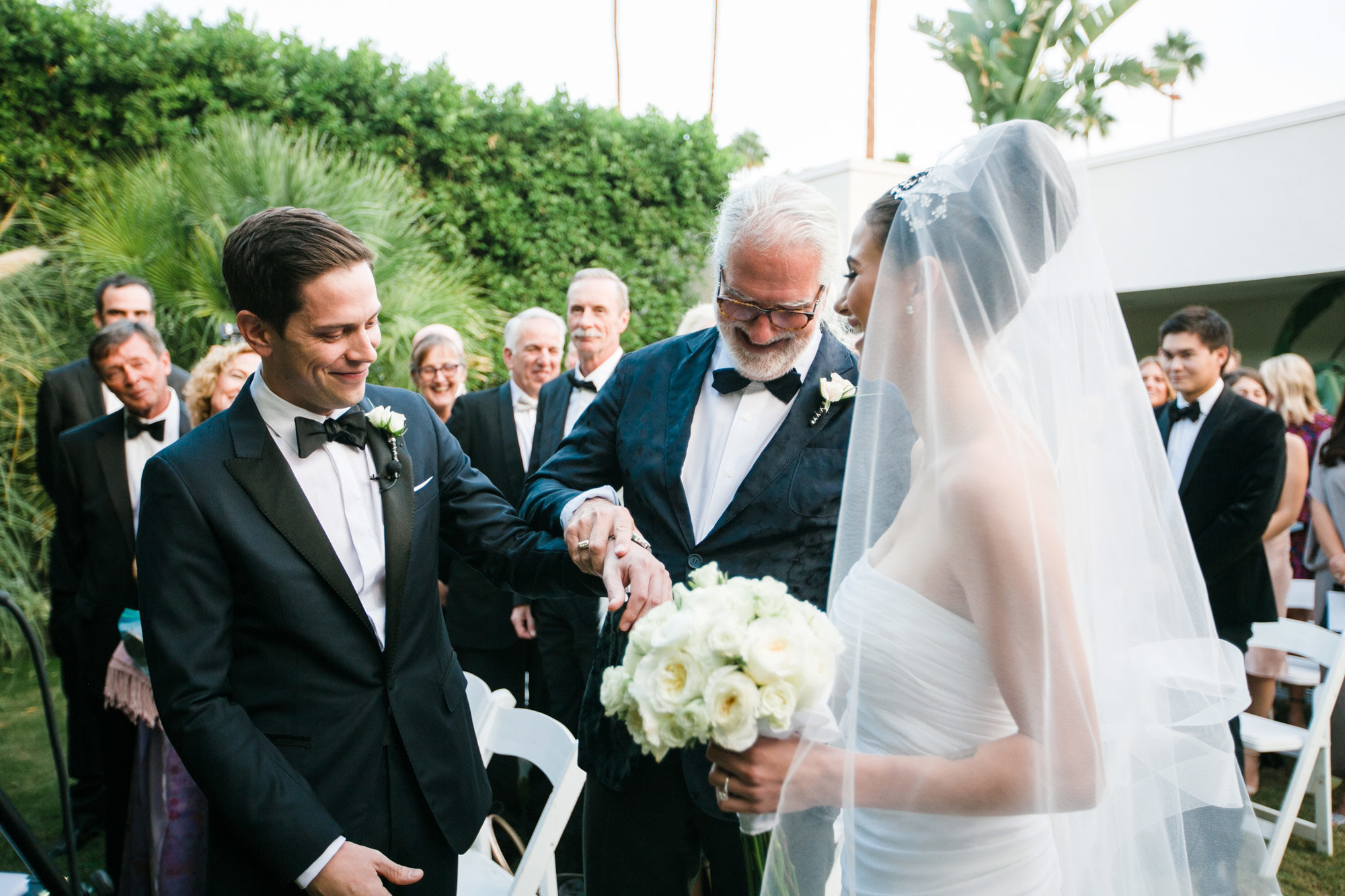 Here are Jeff, Isabella and her dad. 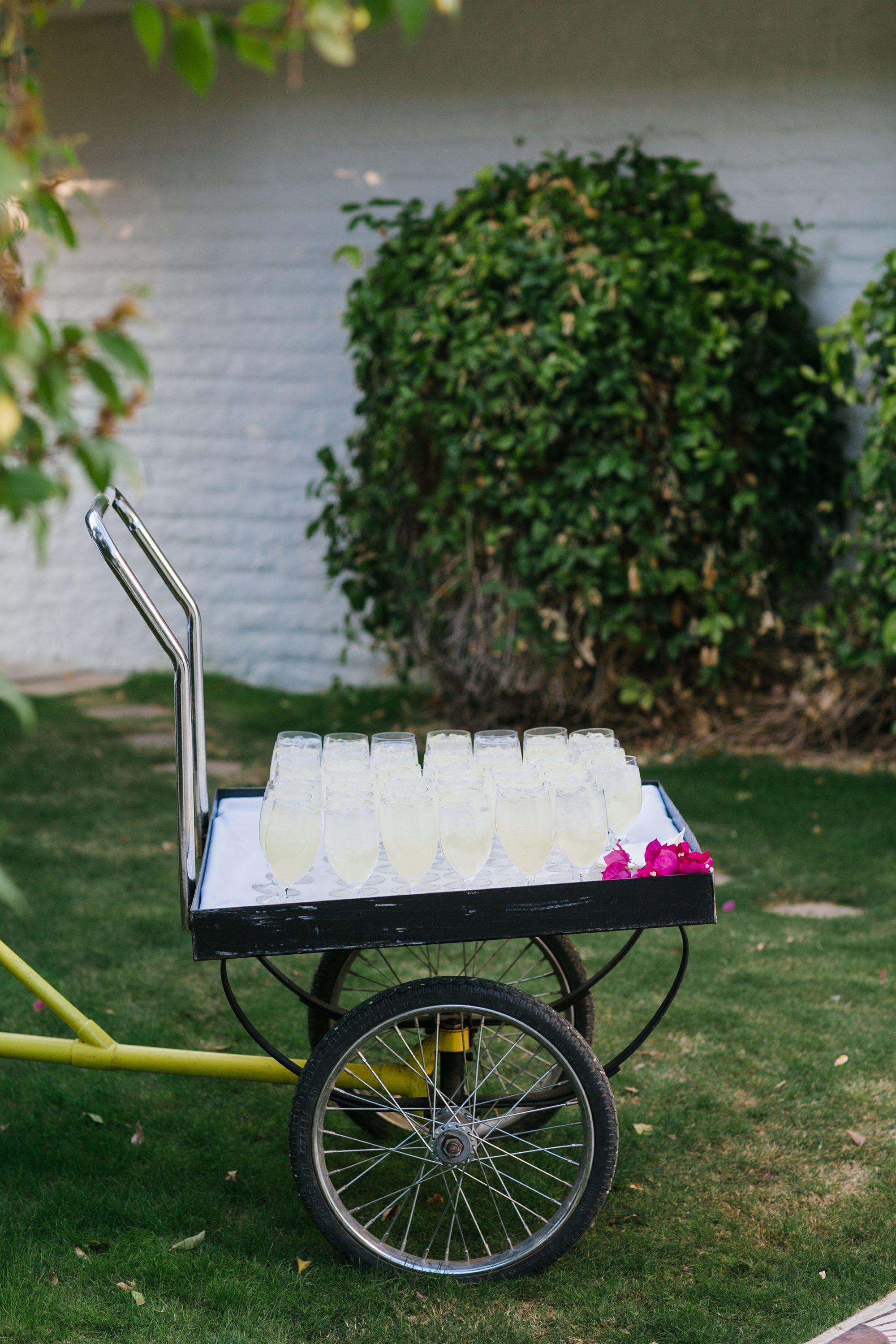 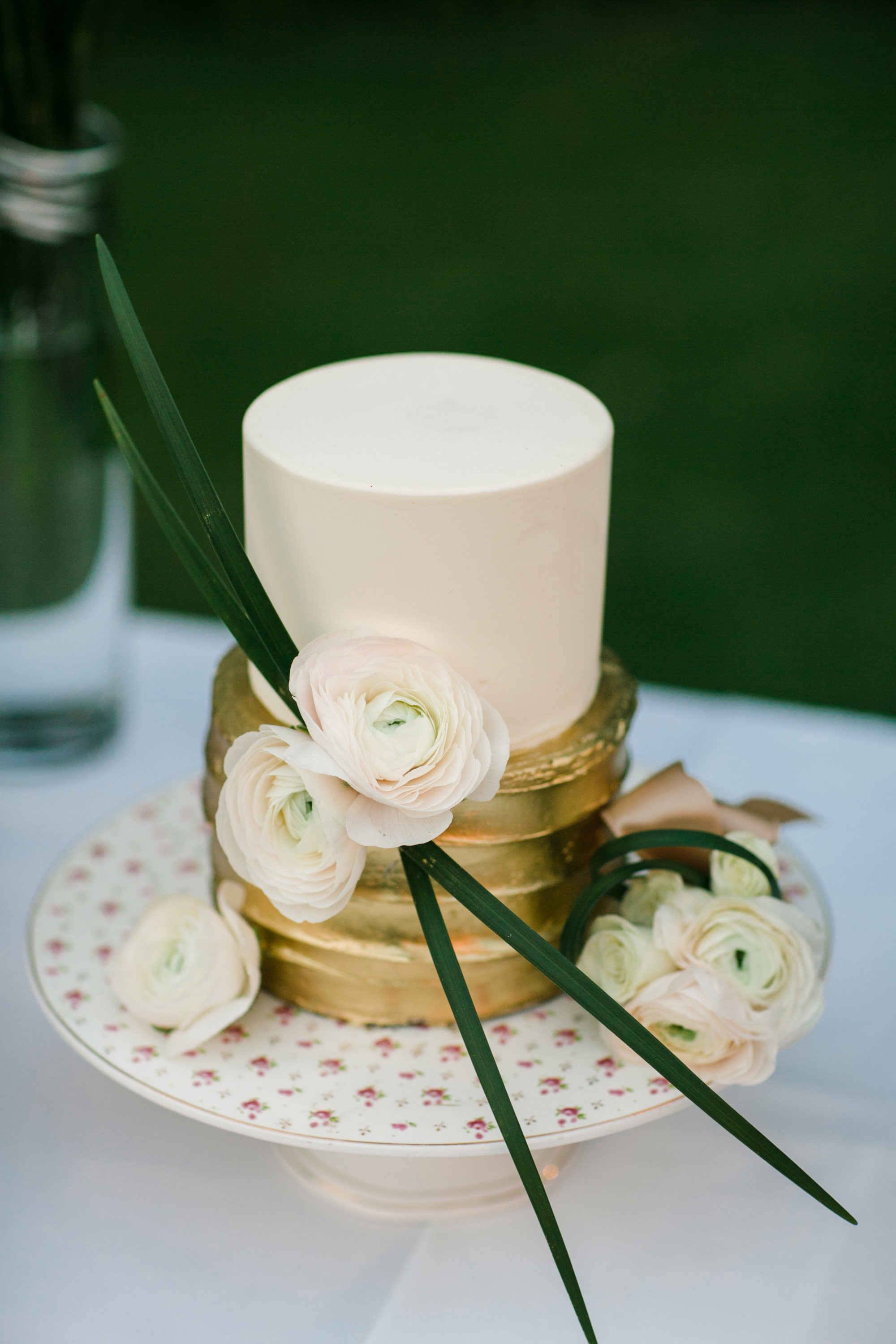 They had a gluten-free lemon-lavender cake with layers of lemon curd and hazelnut mousse. 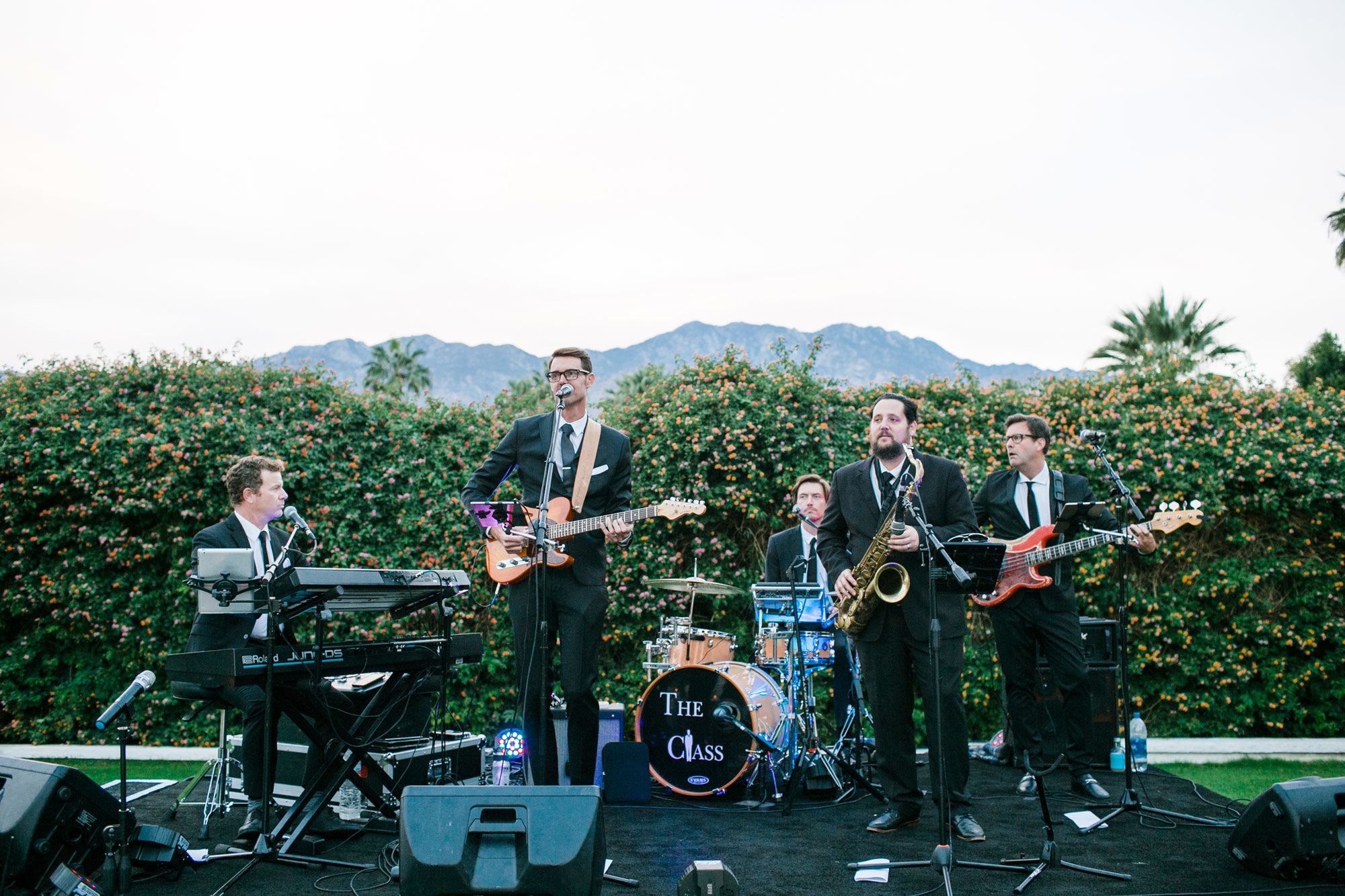 L.A. cover band The Class got everyone dancing. 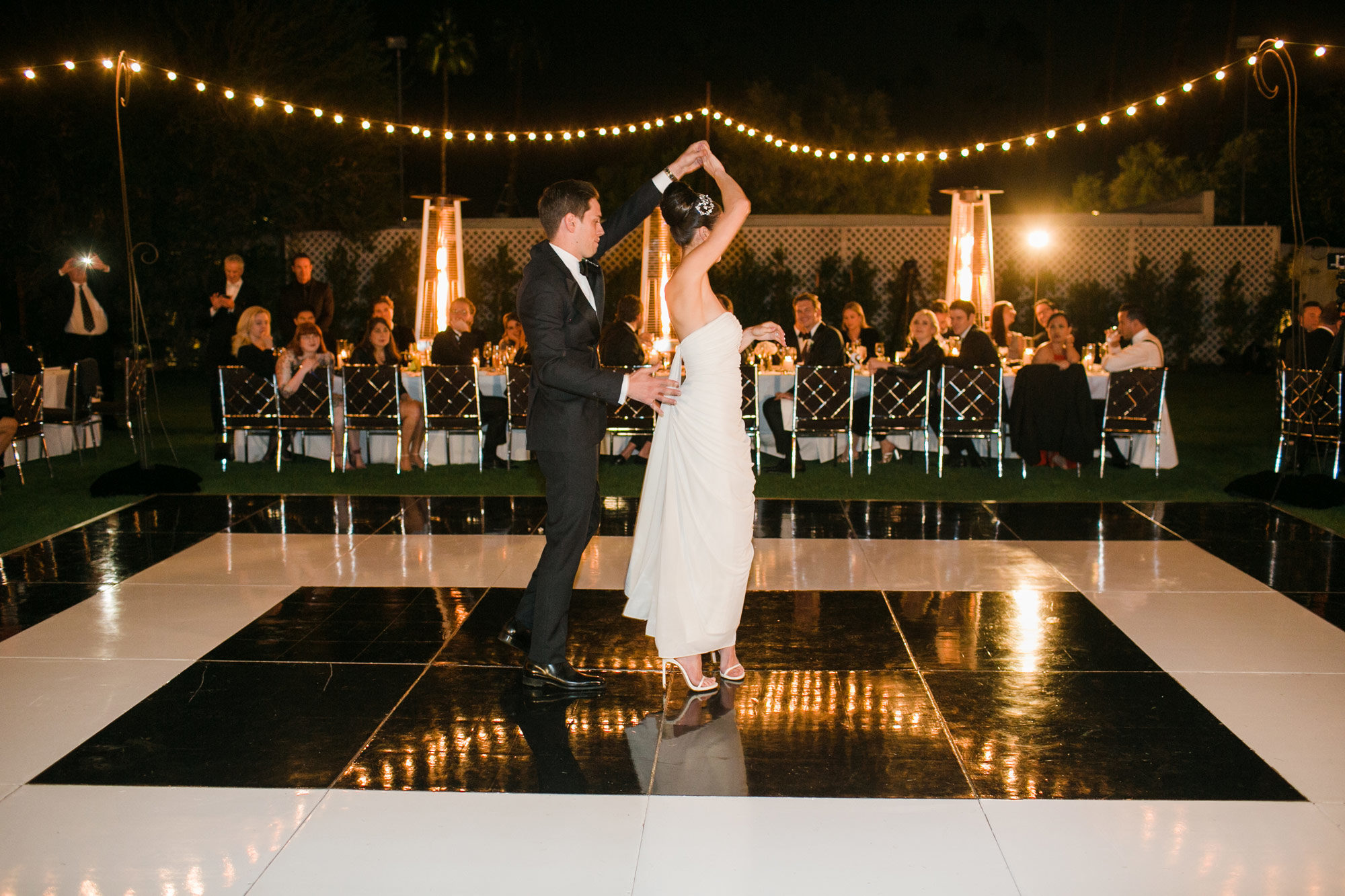 The newlyweds had their first dance to “Don’t Dream It’s Over” by Crowded House. 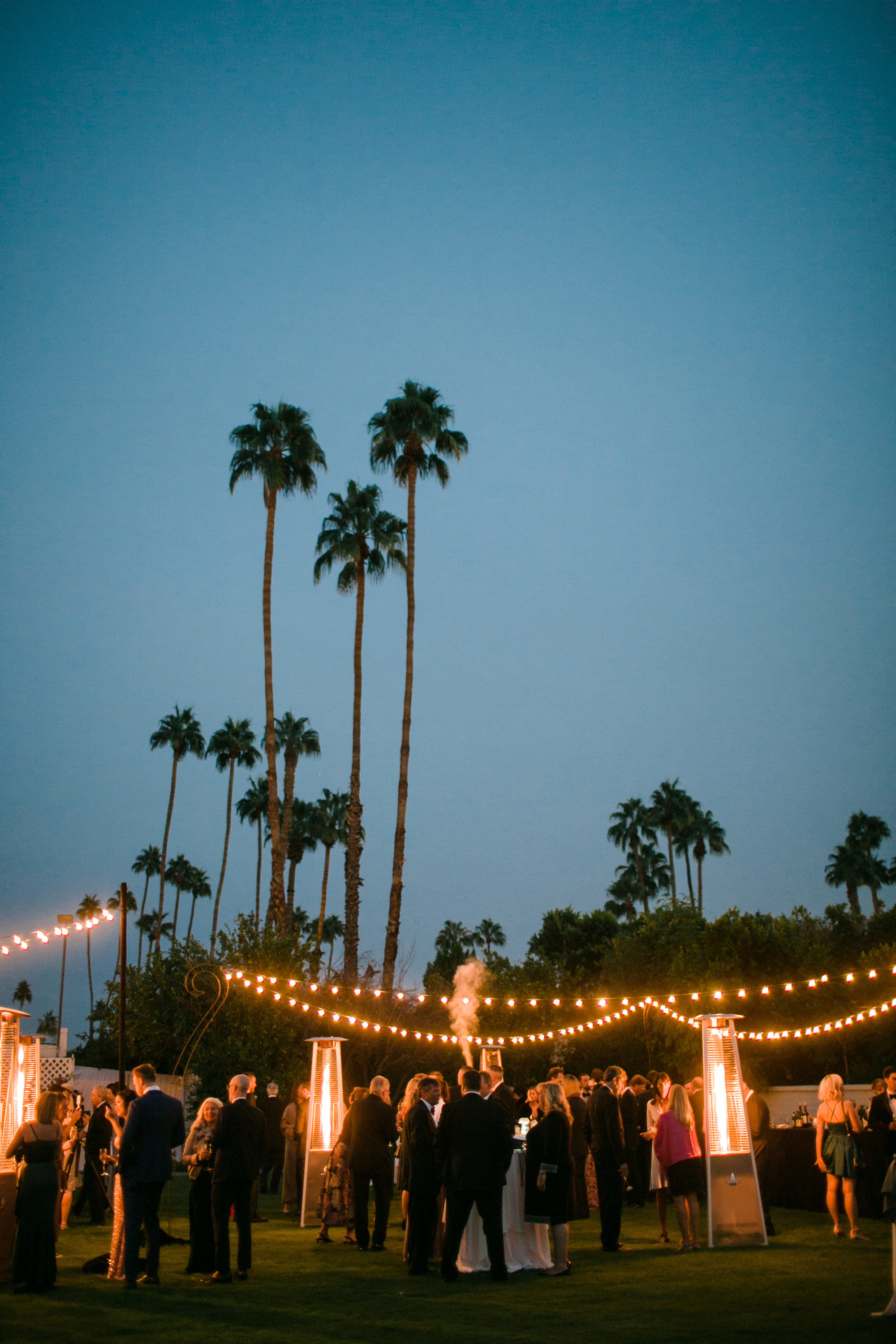 The reception continued after sunset, and guests danced into the early hours of the morning.