“People are sleeping in the streets or ravines because shelters are unsafe”: This doctor is helping restructure homeless shelters during the Covid crisis

“People are sleeping in the streets or ravines because shelters are unsafe”: This doctor is helping restructure homeless shelters during the Covid crisis 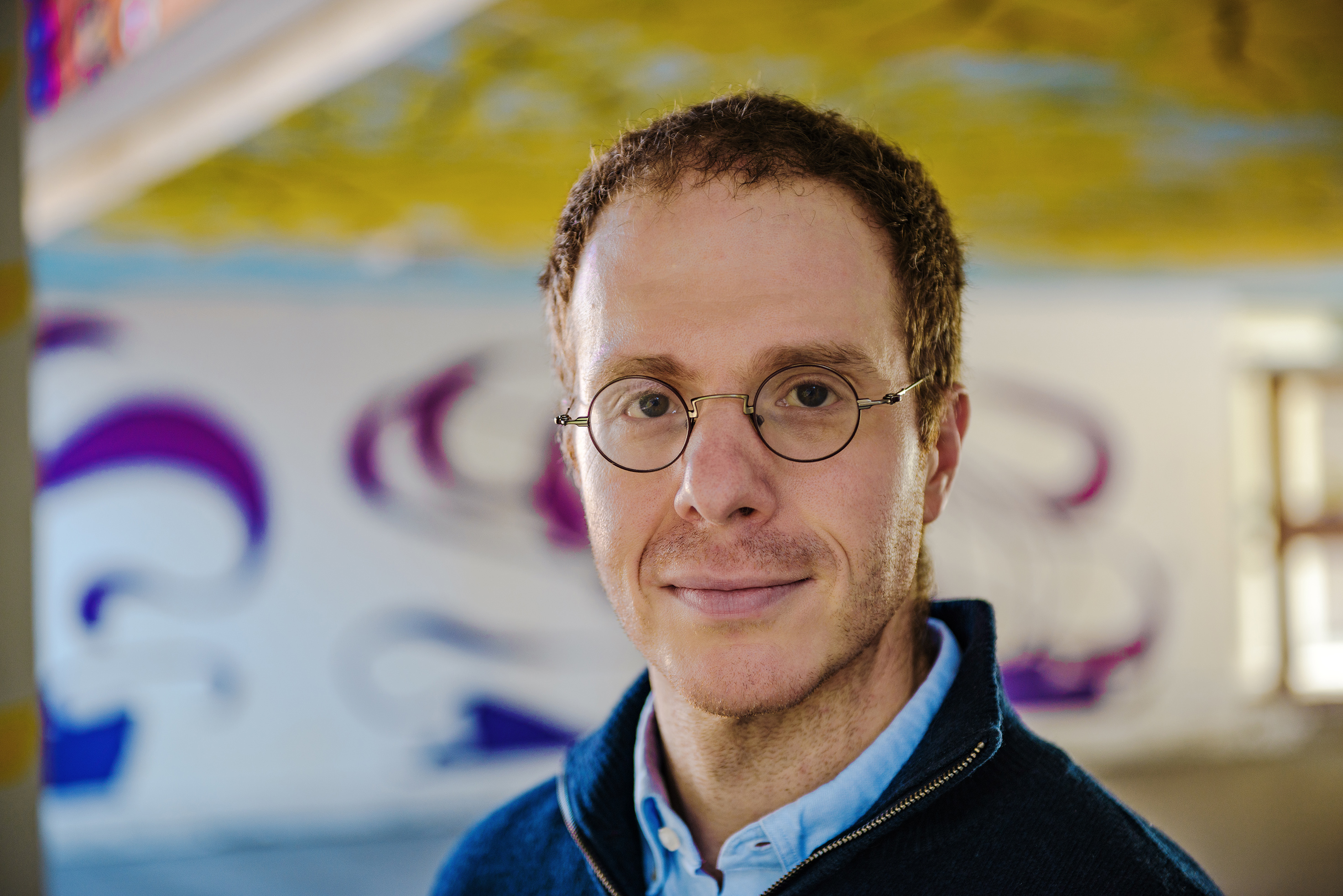 Aaron Orkin, an ER doctor and population medicine expert, provides health care services to people experiencing homelessness. As soon as Covid-19 hit, Orkin poured all his resources into emergency restructuring in the shelter system to protect its clients and the city at large. Orkin spoke to Toronto Life about how the pandemic is hitting the homeless population, why the city isn’t doing enough, and how filling Toronto’s empty hotels could solve the problem right now.

How was the homeless community first affected by Covid-19?
In the shelters, under normal circumstances, people are sleeping in bunk beds, on mats on the floor less than two feet apart, or in military-style setups with a bunch of single beds in a row. Even back in mid-March, when Ontario only had a handful of cases, people under our care were leaving shelters because they felt unsafe. They’re choosing to sleep on the streets or in the ravines instead. Many respite centres and soup kitchens had also closed. There was no health impact in Ontario from Covid at that point, and yet from the beginning our patients were unable to find a safe place to sleep or get lunch.

You’ve worked in the shelter system for years. How does social distancing work in a shelter scenario?
In shelters, people are packed in like sardines with extremely limited ability to implement basic hygiene, let alone social distancing. They use shared bathrooms and other shared spaces. The idea that you can slow down a droplet-spread virus like the coronavirus—which survives on surfaces and has a high attack rate—is a fantasy in that kind of environment.

And how would a shelter outbreak affect the city at large?
When there’s a massive Covid-19 outbreak in shelters, it’s like tinder in the fire for the rest of the community. This is not just about protecting people experiencing homelessness. This is about flattening the curve for everybody. Shelter residents are moving around our community. They move from the shelter to the street, to the grocery store, to a rooming house where they can transmit it to others. Any sub-community that is underserved right now is a threat for us all.

How is the shelter system being reconfigured in light of Covid-19?
There are recommendations and suggestions and advice documents counselling shelters to put six feet between all the bunks and not to use the top bunk. But where are those beds supposed to go? The shelter manager only has so many square feet around which to move the beds. And to say “don’t use the top bunks”—where are you supposed to put the people? A huge portion of that advice just can’t be followed. And so the people suffer. They’re telling people to sleep head to toe in their bunks because it’ll produce more distance between their faces, which is so grossly insufficient. It allows our officials to accept that we’ve done something without doing what’s really necessary, which is to house them.

And to what extent is that possible right now?
The city has opened up a 200-bed hotel in Etobicoke specifically for the purpose of serving those who we call “persons under investigation for Covid.” Those people require appropriate spaces for isolation, which the conventional shelter system cannot provide. We hope they’ll open another facility that will be a recovery centre for people who have mild symptoms but don’t need hospitalization. But this is not a management strategy, nor is it a proactive strategy to blunt the impact of the pandemic on the shelter services sector.

How do we blunt the impact?
What saves lives right now is square footage, doors and walls. We need more distance between people who are usually packed in tight. Having 200 people in a space the size of a school gymnasium is really dangerous right now. Our city is trying to open hotel spaces, but it doesn’t come online all at once. Governments have the power to commandeer space and resources to address emergency needs and redirect personnel to address emergency needs, but they’re not doing it yet. We need the city officials, such as public health, and shelter administrators to do their part. We also need provincial officials, like the chief medical officer of health to use the powers of the Emergencies Act to protect people experiencing homelessness.

Say the city was able to get enough hotel rooms for the city’s homeless population. Would that fix the problem?
Some people can’t be looked after appropriately in a hotel space. It’s hard to put people here who need a lot of support, like reminders to take their medications or eat their meals. But people who can look after themselves, who only need shelter—they should all be in hotels. There are likely over 4,000 of these people in Toronto right now. We’re doing what we call risk stratification. We’re engaging community physicians, identifying who is at the highest risk of serious complications from Covid should they contract it, and creating adequate social distancing around them with the hotel space that is available. This is a true Toronto innovation. I’m not aware of anybody else doing this and engaging their clinicians in this fashion.

What happens to the people who need more support?
Ideally, we would move people who have minimal support needs out of the shelter system so that only the high-needs people would still be there. Then there would be more than enough space in the shelter system to manage them and implement social distancing. If you move everyone else into a hotel, the higher-need clients can stay where they’re comfortable.

Is this something that the city can accomplish?
Yes, but it takes political will. At this stage, every jurisdiction that cares for people has received focused attention and emergency regulations: schools, the heath care system, long-term care, prisons. The only sector that hasn’t been attended to is homeless shelters.

What emergency regulations do we need?
I would want to see an emergency order from the province indicating that enough hotel space will be deployed and reassigned to shelters. There are roughly 8,000 people experiencing homelessness in Toronto, and there are easily 8,000 hotel beds in the city. It’s such a cheap intervention, especially since hotels are empty. It would mean that the people living under the Gardiner Expressway, if they would prefer to not be in their encampment, can receive a key to a hotel room. That could be funded immediately. Then there’s the staffing problems. The shelter sector needs to be given the power to redeploy its staff appropriately to support those hotels.

So what can the average Torontonian do to help?
Write to your city councillor and your MPP. This is largely a provincial issue. Say that you want everybody who can thrive in a hotel room to be in one, both for your own health and for the health of people in shelters. Reducing infections in the homeless community is about making sure that there are enough ventilators available when anybody needs them. If all the ventilators are filled with people experiencing homelessness, others will die. The health of people experiencing homelessness is absolutely central to all of our survival through this epidemic.

How are you doing throughout all of this?
To be honest, I’m a little stressed. I don’t think I’ve ever worked so hard. Our team knows what can and needs to be done. It’s just a question of if we can we work fast enough and hard enough to execute it. And that’s really exhausting. I accept that there’s going to be a tragedy here. There are going to be people who die. And at the end of it, it’s going to be almost impossible to tell how many more would have died if we hadn’t intervened. So it’s always going to feel insufficient. I’m working from 6:30 a.m. to midnight most days. I am working 100-hour weeks. When I get time off, I’m spending time with my wife and kids—they’re two, five and seven. My wife is one of the senior leaders at SickKids who is restructuring the consolidation of pediatric care of all the other hospitals in the city. It’s an unfathomably huge undertaking. We’re both working long hours, which makes social distancing incredibly challenging because we have to have other people help us with childcare. I know there are some people with much too much time on their hands, but that is certainly not our experience right now.