Noah Reid has a role on Broadway, a new album and a baby on the way

Noah Reid has a role on Broadway, a new album and a baby on the way 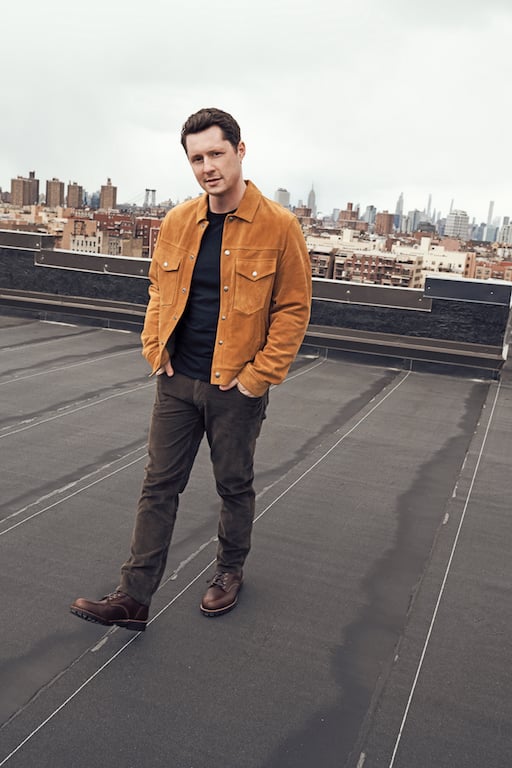 Noah Reid skyrocketed to fame opposite Dan Levy on Schitt’s Creek. But he was only getting started. Now, he’s got a role on Broadway, a new album and a baby on the way.

TV star, Broadway thespian, and now an album: I think that is what’s known as a triple threat.
Technically, a triple threat implies that I can dance, which is certainly not the case. I always thought of myself as an actor, which started when I was a kid. But, in my 20s, things weren’t lining up, so that’s when I wrote my first album, Songs from a Broken Chair. I think I performed one show at Burdock. This was a couple of years before I ever heard the words Schitt’s Creek, so I didn’t really have a platform to publicize my music.

That all changed in a hurry after you performed a Tina Turner cover on Schitt’s.
That was Dan Levy’s idea. He had written an episode and there was a cue that said, “Patrick plays a soulful, acoustic version of The Best.” Of course, I was a little worried about reworking a classic, but Dan encouraged me to do my thing. I sent him the cut, and when he didn’t get back to me, I was worried that he didn’t like it. Turns out he was quietly sobbing in his room.

Your new album, Adjustments, comes out on June 24. What kinds of adjustments are we talking about?
I’m always looking for the common denominator between songs when I’m titling a record. In this case, all of the songs were written in a time of change, both personal and societal. The oldest song was written as Schitt’s Creek was ending. I wasn’t sure what was next.

And then, boom—a global pandemic!
Exactly. Some of the songs have to do with the shifts Covid sparked. I got married during the pandemic, which was both hellish and rewarding. Even the virus itself couldn’t decide on a single form. We were all having to adjust on a daily basis. To me, there’s something hopeful about the notion of adjustment. It’s not a teardown, you don’t have to start from scratch, you just have to adjust.

For readers who don’t know your music, give us a good comparison.
People have told me I sing in the same register as Paul Simon. I love Bob Dylan, Tom Waits, Leonard Cohen, Neil Young. I definitely draw a lot of inspiration from that mid-’70s singer-songwriter era. The last era of the troubadour.

I was under the impression that Schitt’s Creek was your big break, but turns out you were the voice of Franklin the Turtle.
Actually, my first gig ever was playing Oliver Twist in a community theatre production in Etobicoke. I remember the feeling of the applause, and from there I pretty much never wanted to do anything else. But Franklin was one of my first professional gigs, in a show produced out of Liberty Village. There was a gentleness and a vulnerability to Franklin that really clicked with me.

Flash forward a couple of decades. You get a role on Schitt’s Creek. When did you realize, This thing is massive?
It was more of a gradual build. We did Schitt’s Creek live shows before our last season, and people would show up dressed as the characters and scream for us like we were the Beatles.

When was the first time you felt truly famous?
I don’t know that that’s happened. Definitely in Toronto people tend to be more low-key. Catherine O’Hara once said, “When you’re in Canada, people are like, ‘Oh yeah, it’s you.’” Like they know you from the grocery store or something.

You have been in New York over the past few months performing in The Minutes on Broadway. Do you get recognized more? Less?
I think more, and that’s because American audiences came to Schitt’s a bit more recently. People lived with the show through the pandemic: it kept them company in their tiny New York apartments during a difficult time.

Is it true that the lights shine brighter on Broadway?
It has definitely been a dream come true. Like I said, the stage was my first love. When we’re warming up pre-show and I’m standing around with these incredible Broadway vets, Tracy Letts and the rest of this incredible ensemble, that’s when it feels like, Wow, I’m in the major leagues. It’s a terrific feeling.

What are you missing most about Toronto?
Toronto is the best of all worlds. It’s a world class city and a neighbourhood-y small town. There’s nothing better than going out to a great restaurant on a summer night—I love Bar Isabel, Giulietta, the Terroni back patio on Queen—and bumping into people you know on the walk home.

Am I correct that you have one very good reason to come back to Toronto before the summer is over?
Yes, I’m going to be a dad. My wife, Clare, is due at the end of August, and right now The Minutes is set to run to the end of July. So I’ll be home in time for the birth. I think it’s important that our son be born in Toronto, where we’re both from.

I guess the kid is going to get some high-quality lullabies?
I’ve been working on that. We’ll start with Gordon Lightfoot’s “The Pony Man” and go from there.

You got married last summer. How did that bash compare to David and Patrick’s epic nuptials on the Schitt’s Creek finale?
We definitely wanted to do something that hadn’t already been done on television. The pandemic made things complicated. We were outside with 25 people, which meant we had to tell people we love very dearly—people we had already invited—that they couldn’t come to our wedding anymore. That was hard, but the day was incredibly special and will live on in my memory as complete perfection.

Can I assume that you also performed Mariah Carey?
No, there was no Mariah. I did perform a song as Clare came down the steps, but I could barely get it out. It was “The Book of Love” by the Magnetic Fields. It felt right for the moment. And then, when everyone had left, Clare said, “I can’t believe you wrote that song for me.” I had to gently inform her that that was not the case. She was very nice about it.