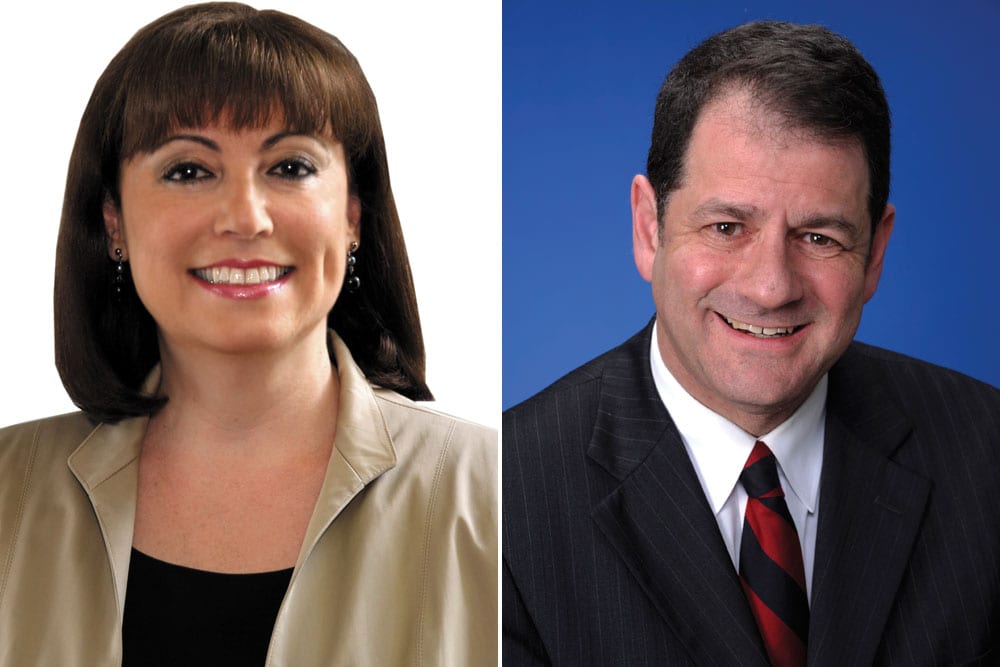 Augimeri: I have a passion for poetry. I love writing it and I love reading it. I was honoured to read a poem about the late Al Gosling this year at Joe Fiorito’s launch for his book, City Poems. Joe knows my passion for poetry, and Al was one of my residents.

Augimeri: Inability to sleep some nights. And, during the day, sometimes impatience.

Pasternak: Looking like I just woke up when in fact I’ve been up for hours.

Augimeri: Sometimes in the middle of the night if something is on my mind. My staff know this too well. But usually around 7 a.m.

Pasternak: Let’s say 6:30 a.m., but many times closer to 7 a.m. On council days, much earlier. The earliest is when I’m meeting the mayor at a morning event.

Augimeri: A warmed up muffin and cappuccino at home.

Augimeri: Home is where the best dinner is, always, but a close second is Speducci Mercatto, any time of day. It’s one of Toronto’s best kept secrets.

Augimeri: Singing. Last term we formed a band with various characters at council called the Clamshell Quintet. We played many shows and even did performances for charity. It was a blast.

Pasternak: Politics, reading, the occasional golf game and trips to the gym.

Augimeri: A lady at the store the other day saw me shopping for mundane things and literally said, “You’re a real person too!” People don’t understand that we politicians are just like everyone else. Most people think politicians don’t have a heart and are just objects for criticism and disdain. We think and feel and love and care (and shop) just like anyone else.

Pasternak: How hard we work on each individual file—and what I’m saying when I try my best to speak in a language other than English to local residents.

Augimeri: Being a politician in the suburbs necessitates using a car, for the most part. Everything is so spread out, and relying solely on transit would make attending all the community meetings I need to be at impractical.

Pasternak: Public transit. I’m a regular subway user to city hall. I bike to my constituency office and in my neighbourhood. These days, walking is king, as I’m knocking on thousands of doors.

Augimeri: Teaching at a university.

Pasternak: Working in some capacity to help people. My leisure would be writing, reading and backpacking.

Augimeri: A controversial leader. But, politics aside, he returns my calls when I need to speak to him, and I consider him a friend.

Pasternak: When people aren’t pulling their weight. Stale coffee is a drag as well.

Augimeri: Nothing stops me in my tracks and warms my heart more than a baby’s smile.

Pasternak: When we succeed in helping someone, or when we open a new community centre or playground in our area. Or when I win a vote at city hall. A freshly brewed cup of coffee.

Pasternak: Those who are running stop signs and red lights, and speeding. Traffic chaos is growing into the city’s biggest problem.

Augimeri: Robert Redford, for his looks and career—and I think he would provide an interesting conversation.

Pasternak: My wife Lynn, of course.

Augimeri: Jimmy Dugan, who is the manager of an all-female baseball team in A League of Their Own. I like groups of people who have an unrealistic goal, and I like helping them reach it.