How newspapers around the world handled the Yonge Street van attack

How newspapers around the world handled the Yonge Street van attack

Yesterday’s van attack on Yonge Street shocked the city. The alleged perpetrator, Alek Minassian, appeared in court this morning, where he was charged with 10 counts of murder and 13 counts of attempted murder. Meanwhile, newspaper readers around the world are gazing at front pages filled with scenes of carnage. Here’s what those front pages look like.

The Globe went with a full-length aerial shot of the scene:

The Star has a few powerful photos, paired with a Rosie DiManno opinion piece:

The National Post zoomed in on a single, blanket-covered body:

The Sun decided to dispense with the pun headlines today: 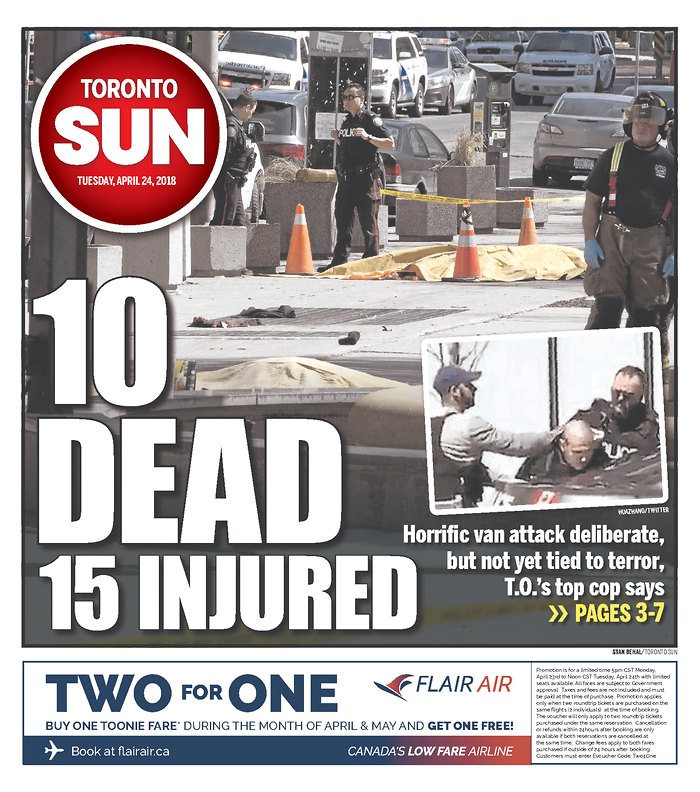 The Halifax Chronicle Herald led with an image of the taped-off crime scene: 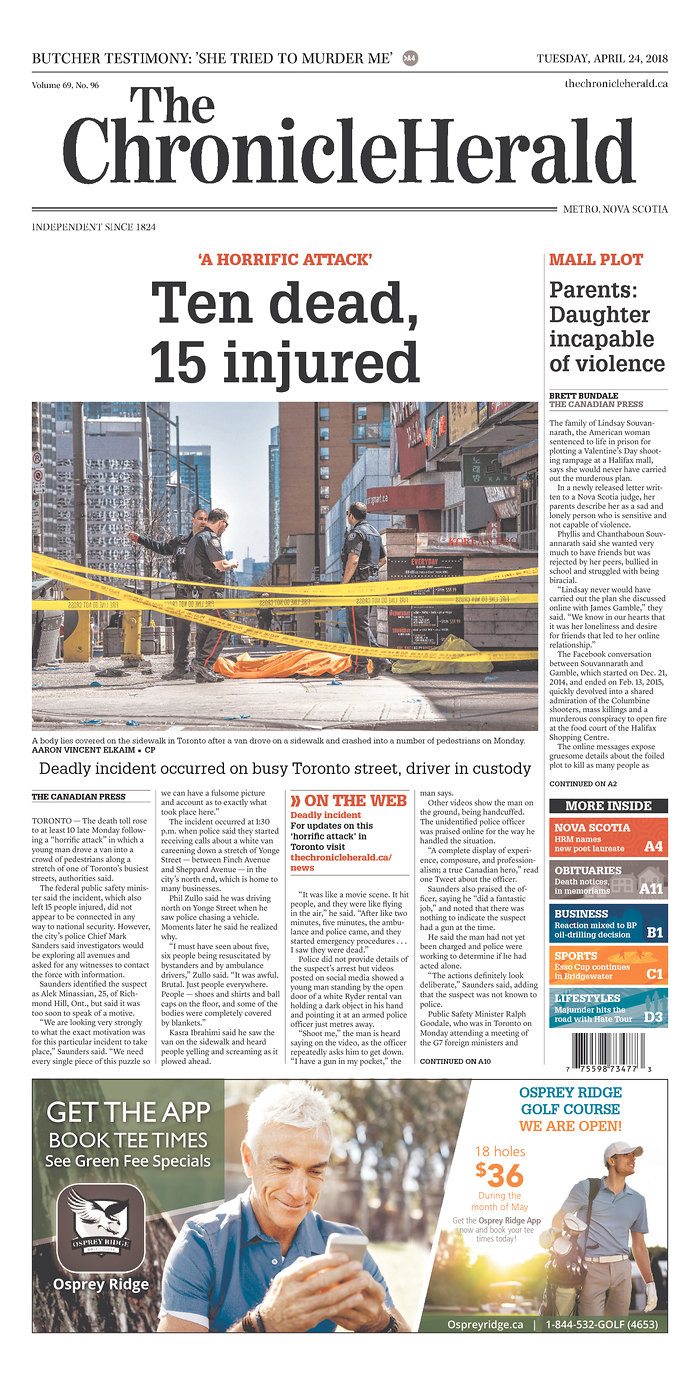 The Winnipeg Free Press had the same wire image and story: 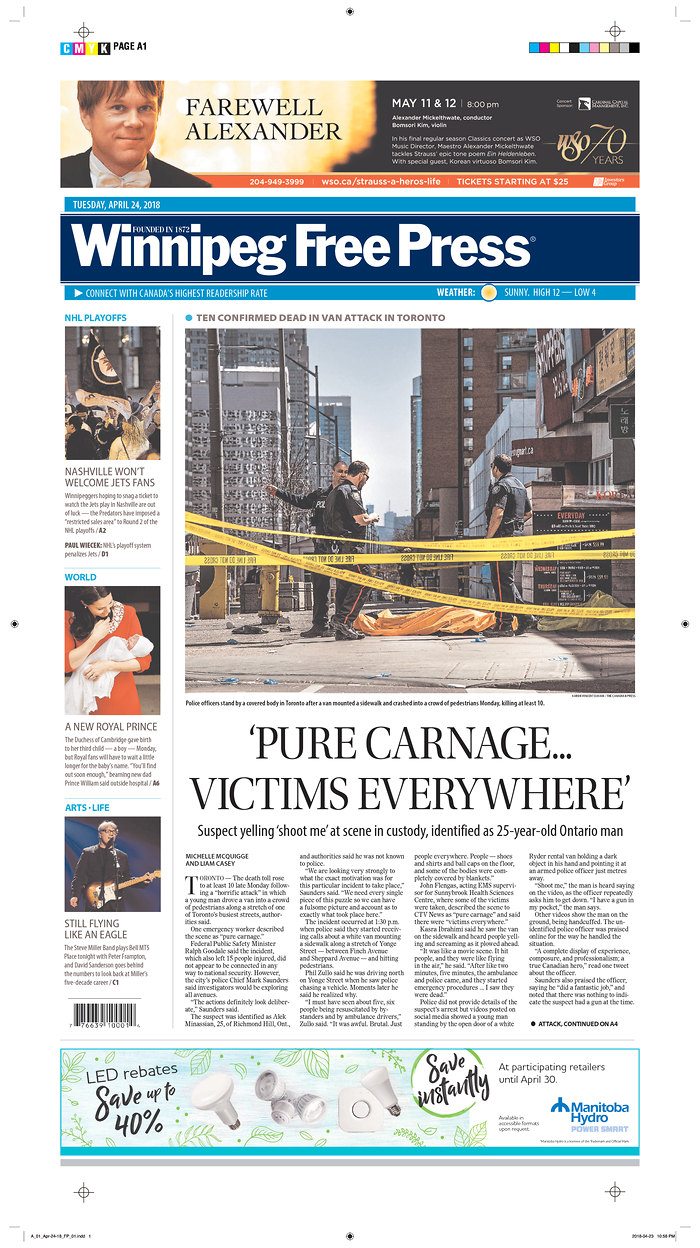 Le Journal de Québec gave over its cover to the attack: 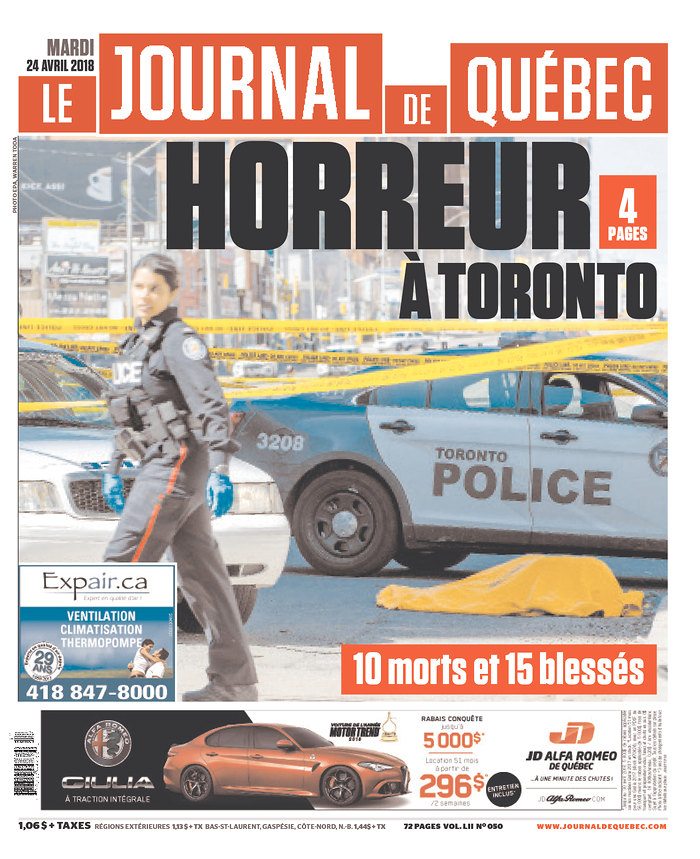 The attack also had prominent placement in many U.S. newspapers.

The Washington Post took a break from Donald Trump for the day: 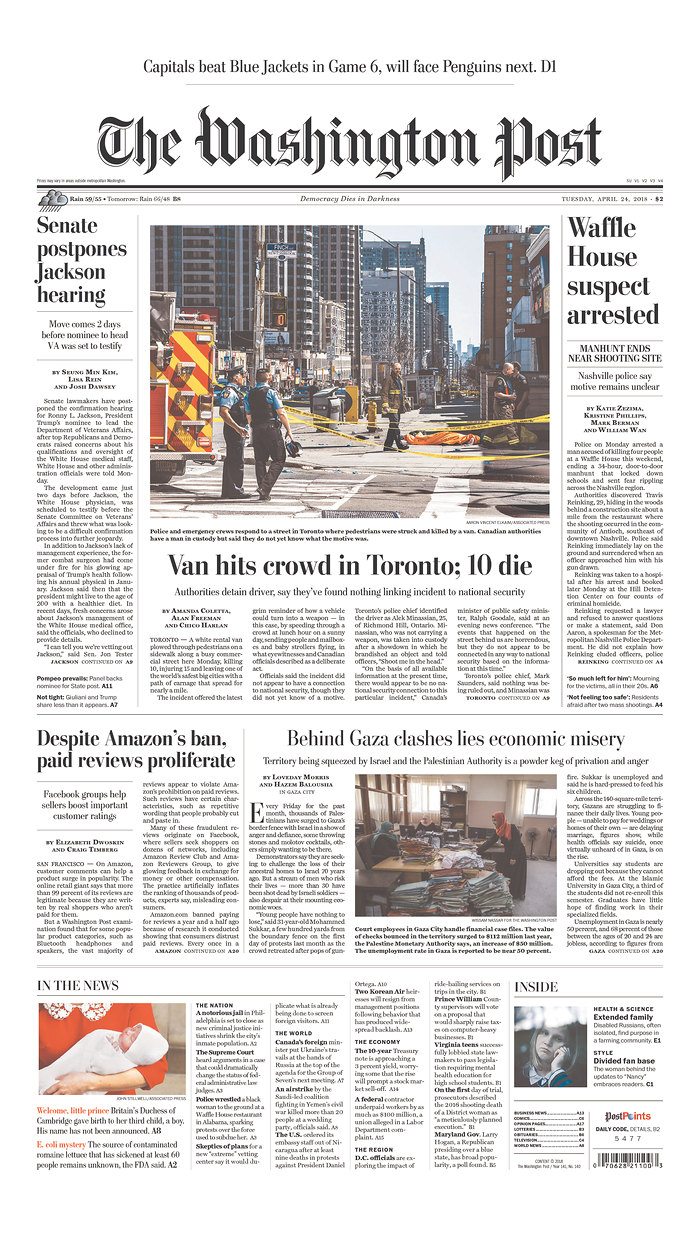 It was a big day for this one particular Canadian Press photograph: 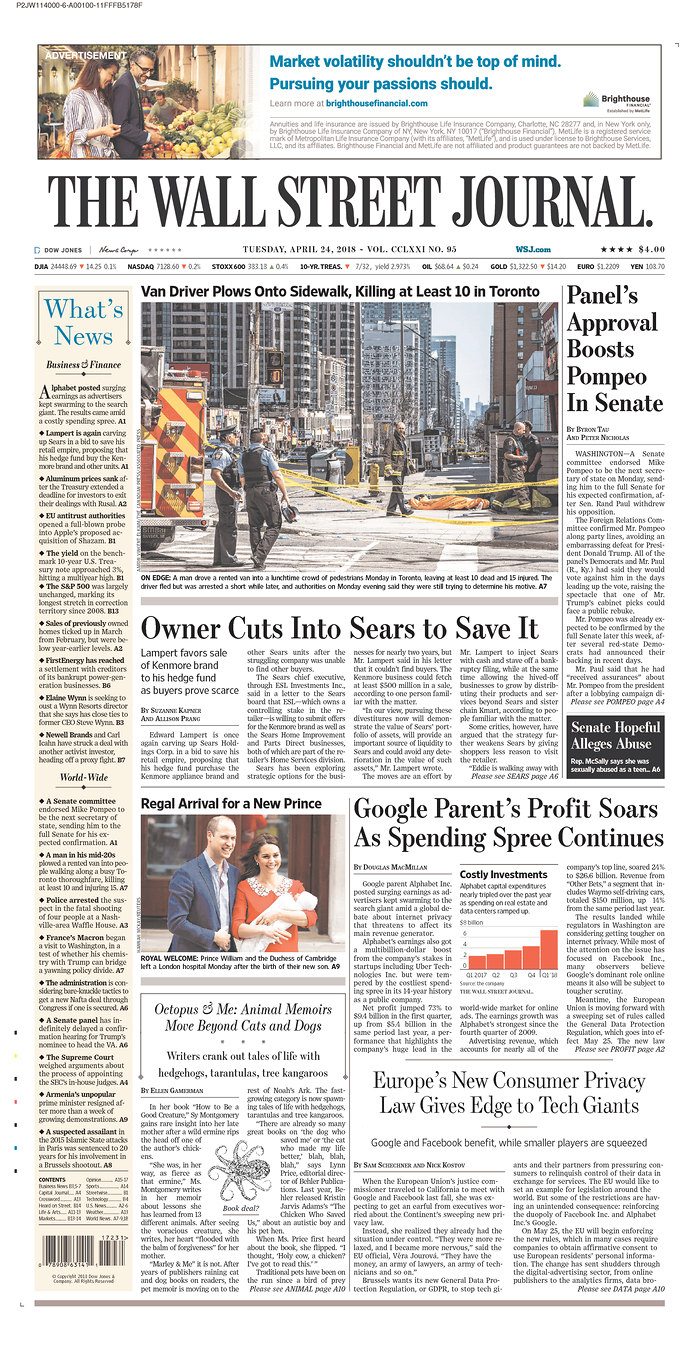 Here it is again on the front of the Miami Herald: 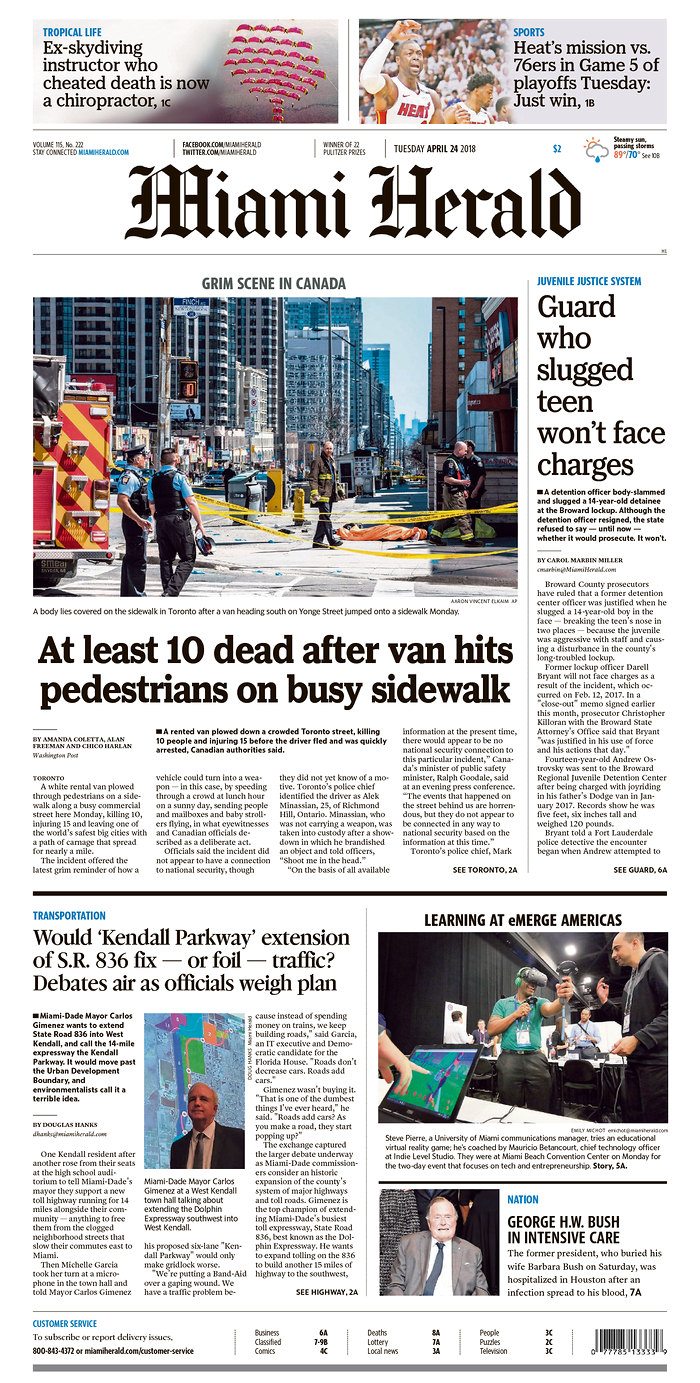 The New York Daily News broke out the giant font: 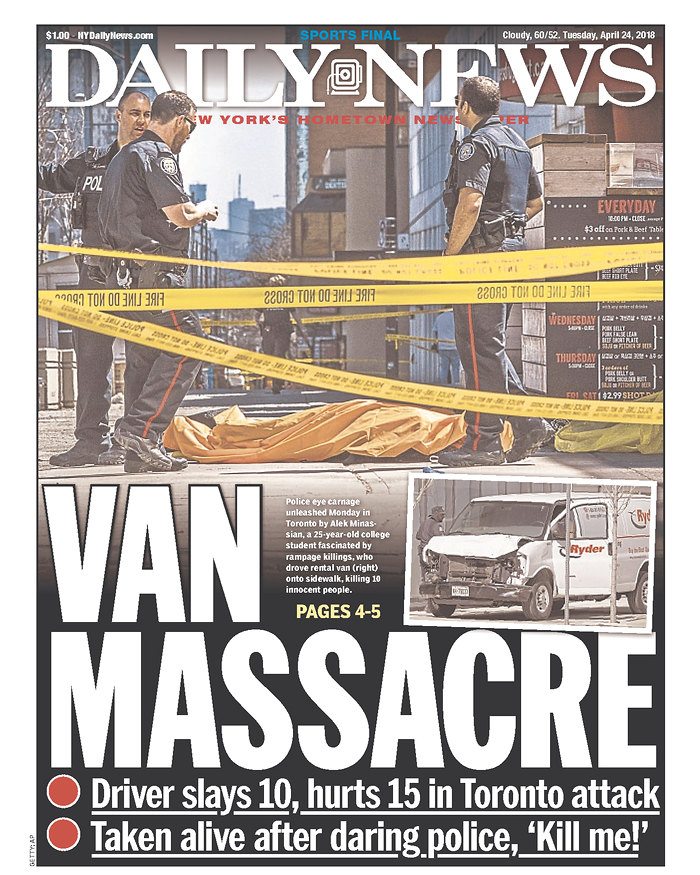 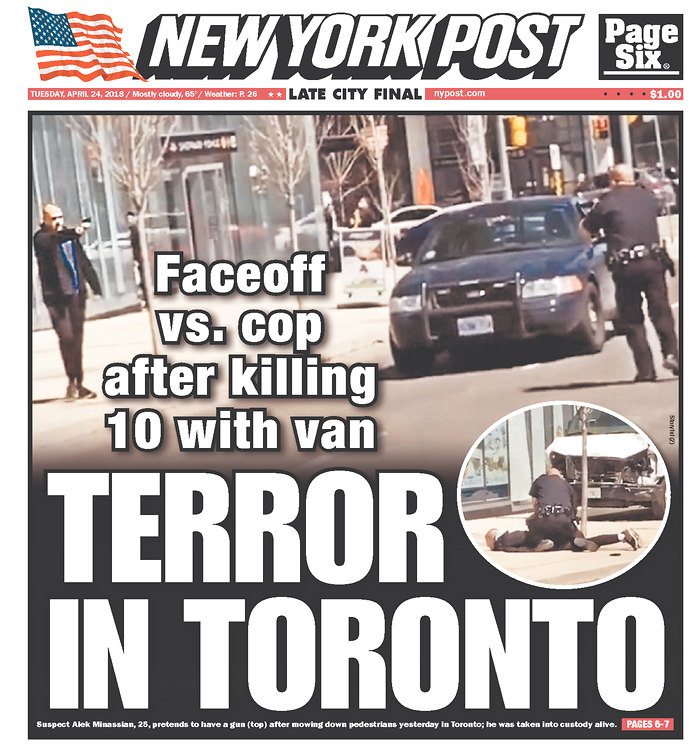 The Times was, as usual, more restrained: 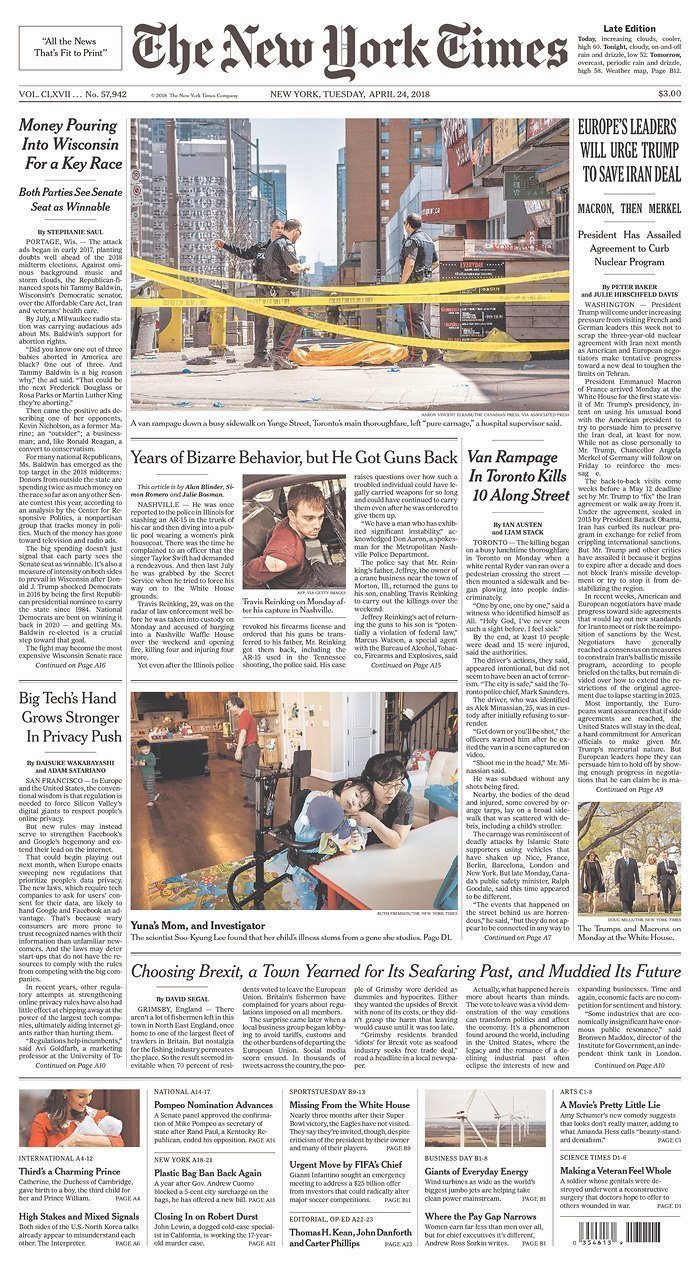 The attack also appeared on the front pages of a couple major dailies in Ireland. Here’s the Irish Times: 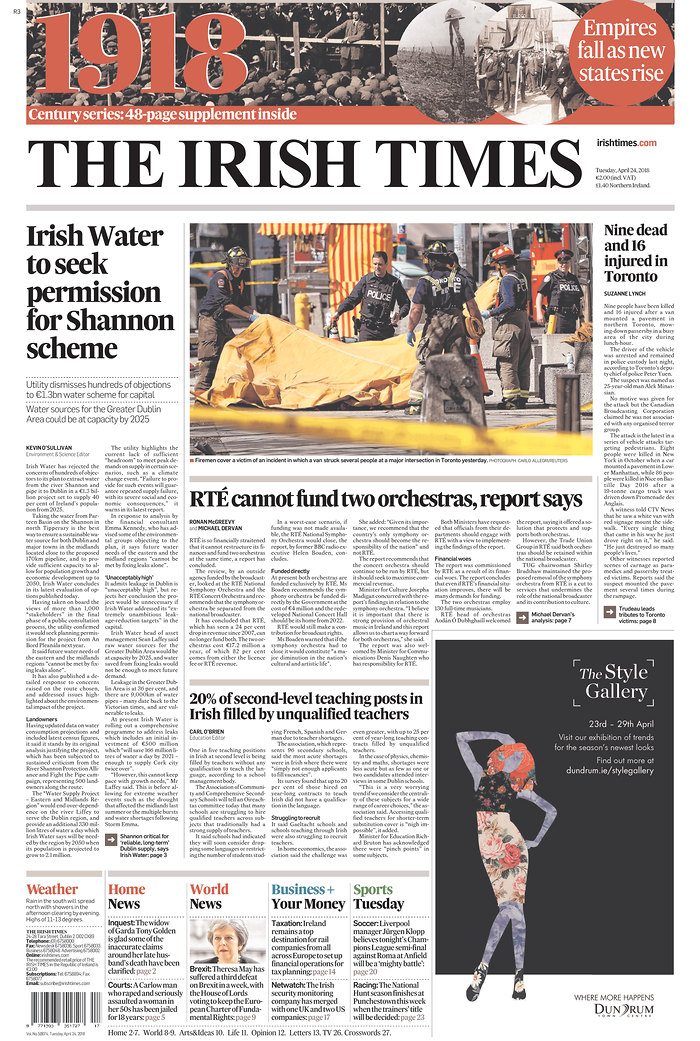 And the Irish Examiner: 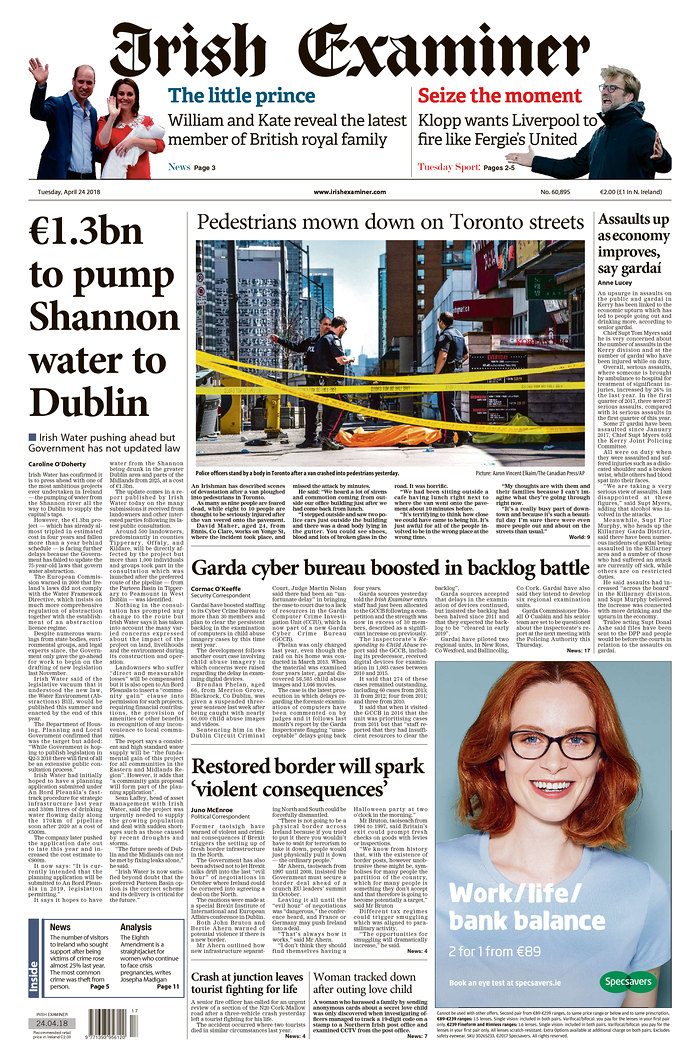 And here’s how the news looked in Iceland: 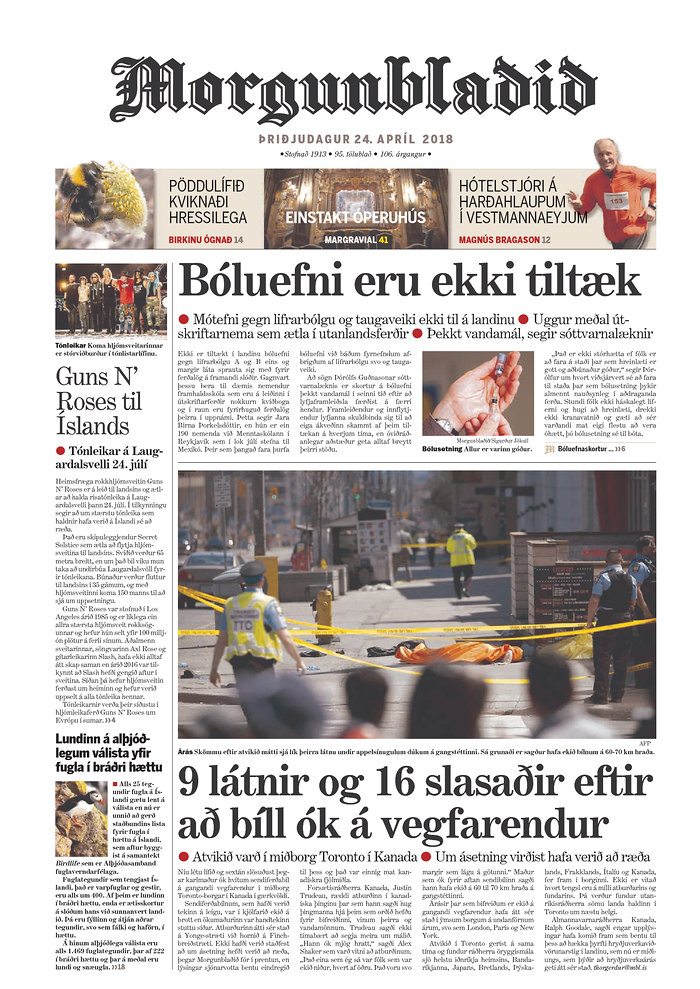