Are men obsolete? The first female-centric Munk debate may have failed the Bechdel test, but it did have a surprising result. Arguing for the resolution, The Atlantic’s Hannah Rosin (author, The End of Men) and the New York Times’s Maureen Dowd (author, Are Men Necessary?) went in with a distinct disadvantage—only 16% of the audience behind them—but they ultimately wrested the win from the Sunday Times of London’s Caitlin Moran (How to Be a Woman) and pop-intellectual Camille Paglia (Sexual Personae). Rosin and Dowd put on a good show, with quippy one-liners, including Rosin’s “Your mayor is a shining example of modern manhood.” (They even shared a wardrobe—Dowd lent Rosin an oxblood leather number following a last-minute wardrobe malfunction.)

Arguing against the resolution, Paglia’s impassioned pro-men opening argument left Peter Munk in delighted stitches, but Moran garnered the biggest laughs with her self-aware declarations (“My feminism is 1) strident, 2) fueled by cocktails, and 3) Marxist”). Still, when the results were announced at the cocktail party afterwards, the Rosin and Dowd had made a stunning comeback, nearly tripling their support. Said a shocked Maureen Dowd in her signature Valley girl–drawl: “That’s awesome, but I think we need a recount.” 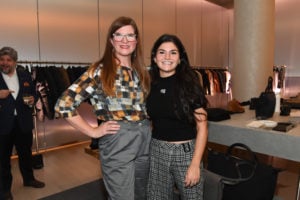 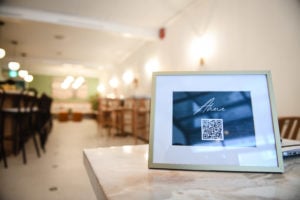