Last night’s win over the Boston Bruins earned the Maple Leafs a two-to-one advantage in an ongoing seven-game series. If the Leafs are able to clinch this series, Toronto will advance past the first round of the Stanley Cup playoffs for the first time since 2003. Fans are, obviously, excited. Before yesterday’s game, we asked a few of them about their pre-game rituals. Here’s what they told us. 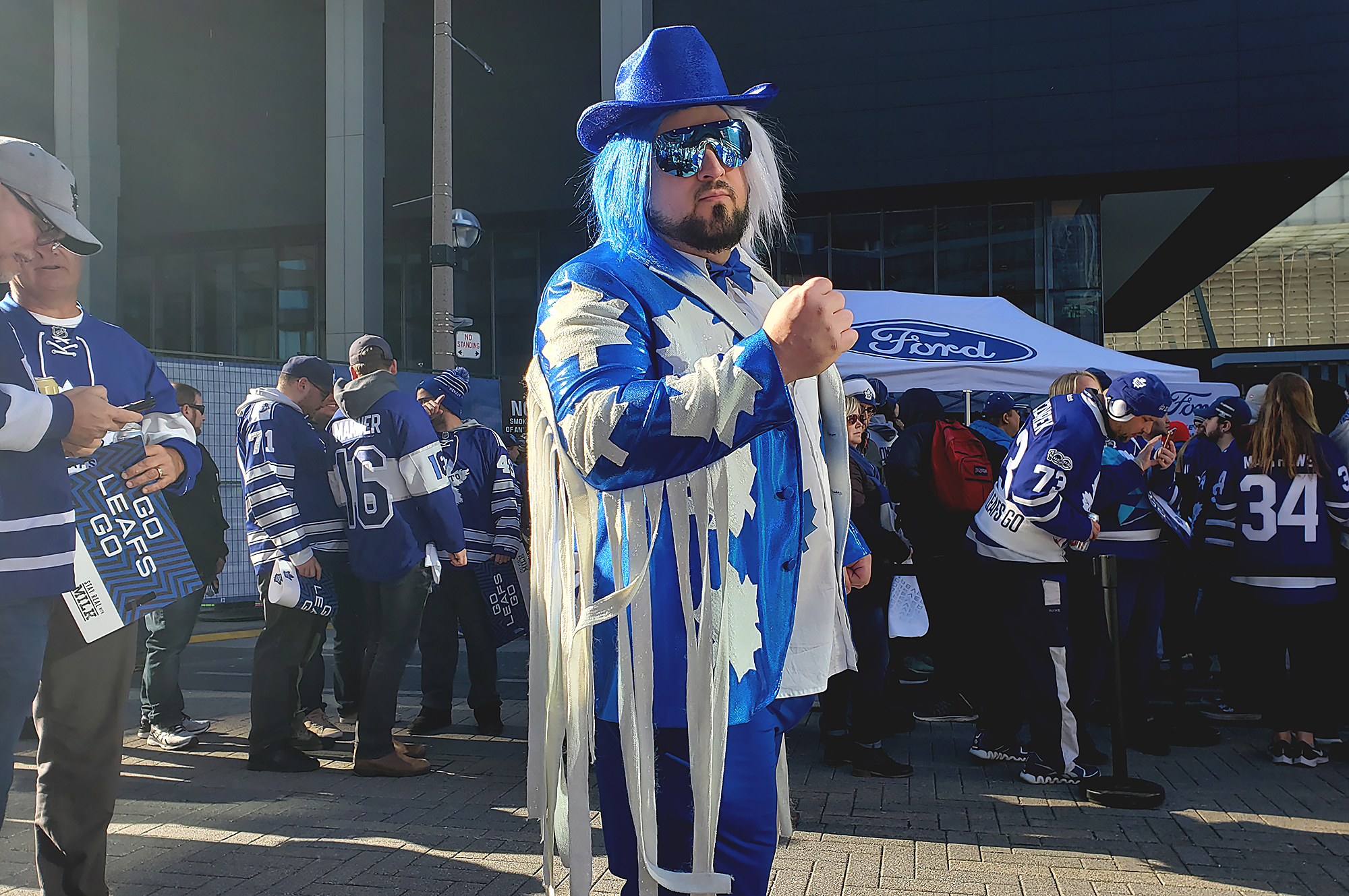 “At home, we watch the games with a blue light. If we’re downtown, we come a certain way, we park in a particular place and get off at a particular station. But we might have to change some rituals because we haven’t won a series in 16 years.” 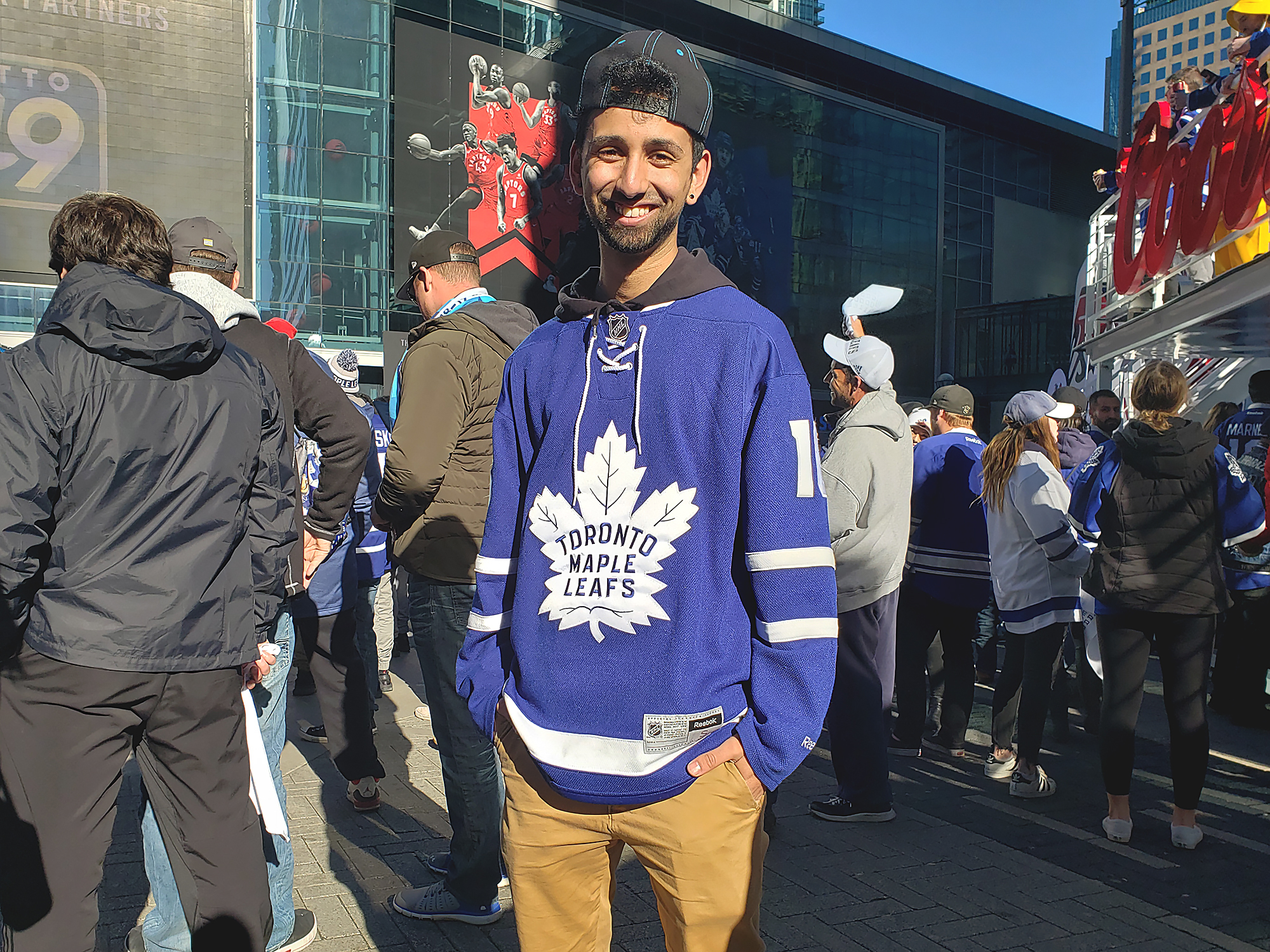 “During the playoffs I like to be here early. I get a little too stressed sometimes.” 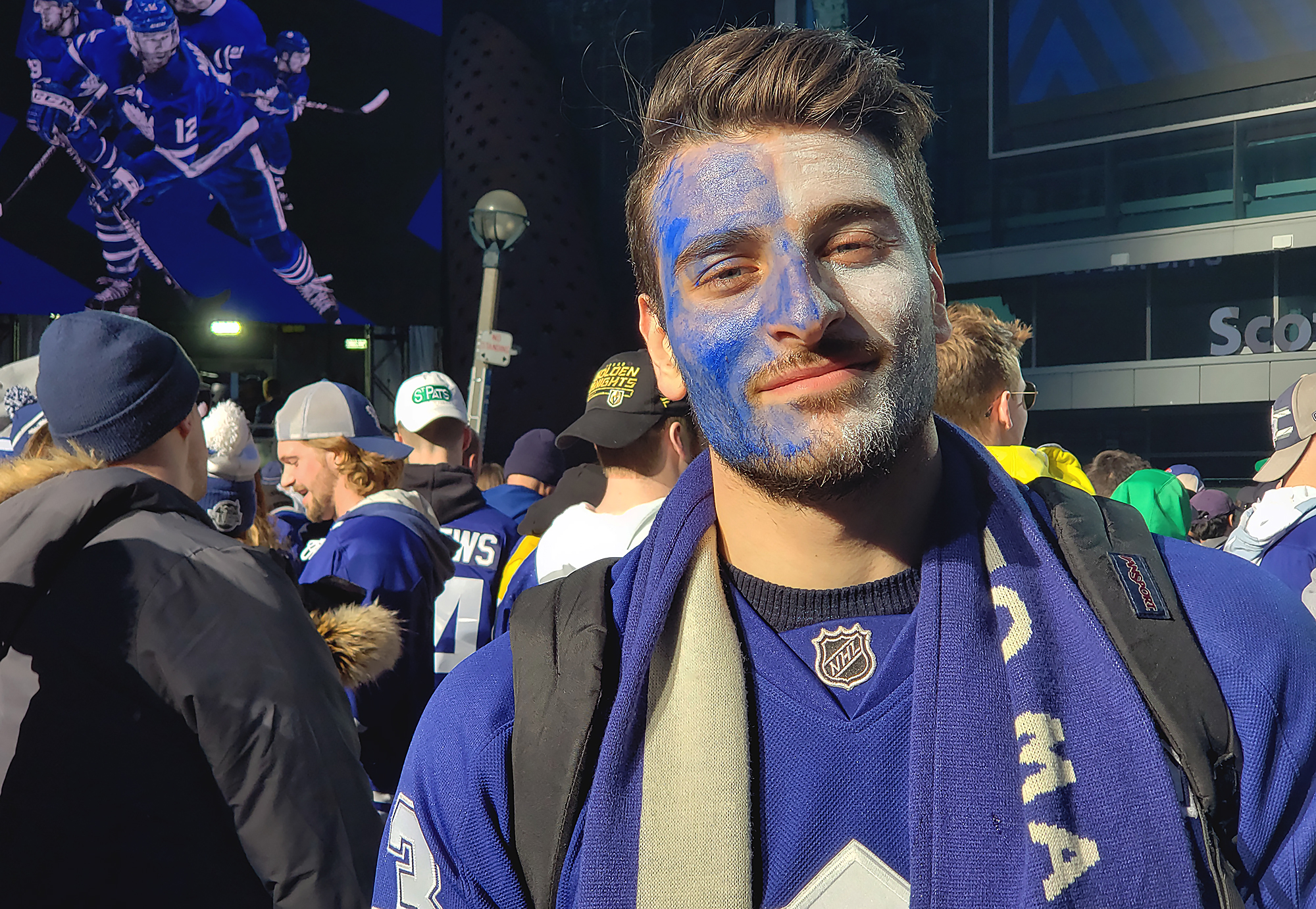 “I guess the only ritual I have is this Sundin jersey. I’ve had it for ten years and I always wear it. It’s my go-to.” 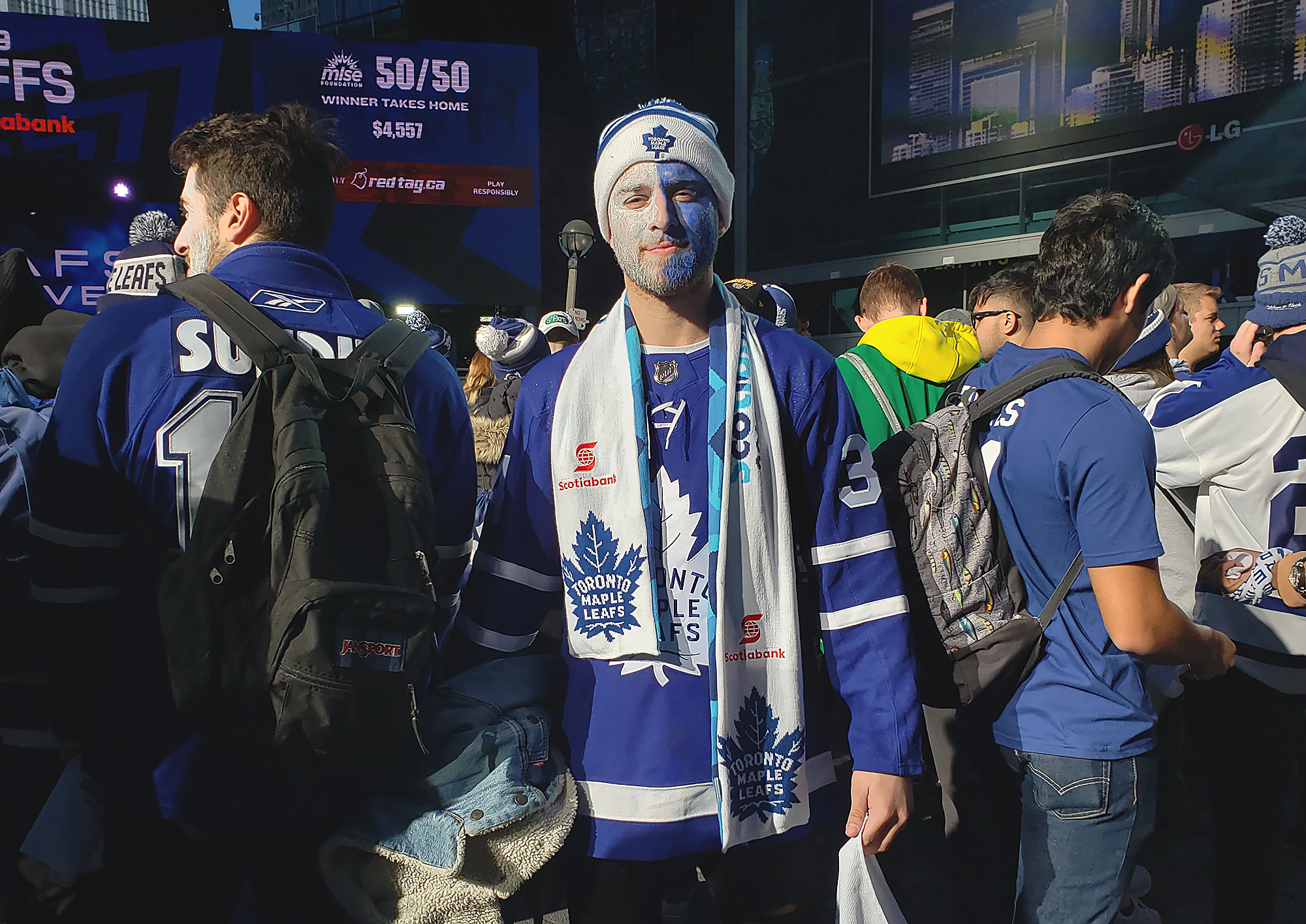 “I never celebrate by myself. There’s always someone I bring out for support.” 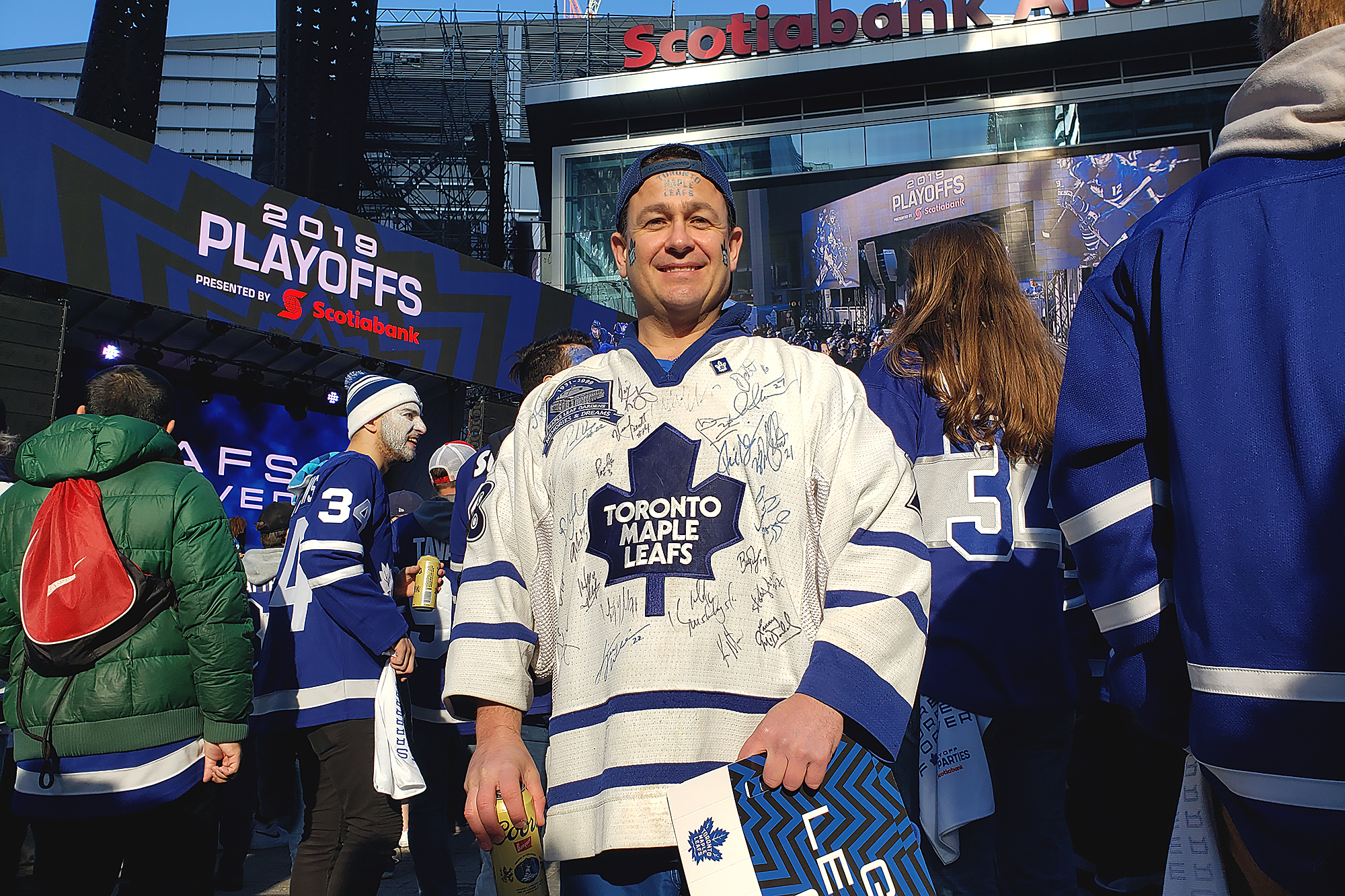 “If I’m coming to the game, I always wear this jersey and hope to run into a Leaf, even a former Leaf, to get an autograph. Lots of memories on here.” 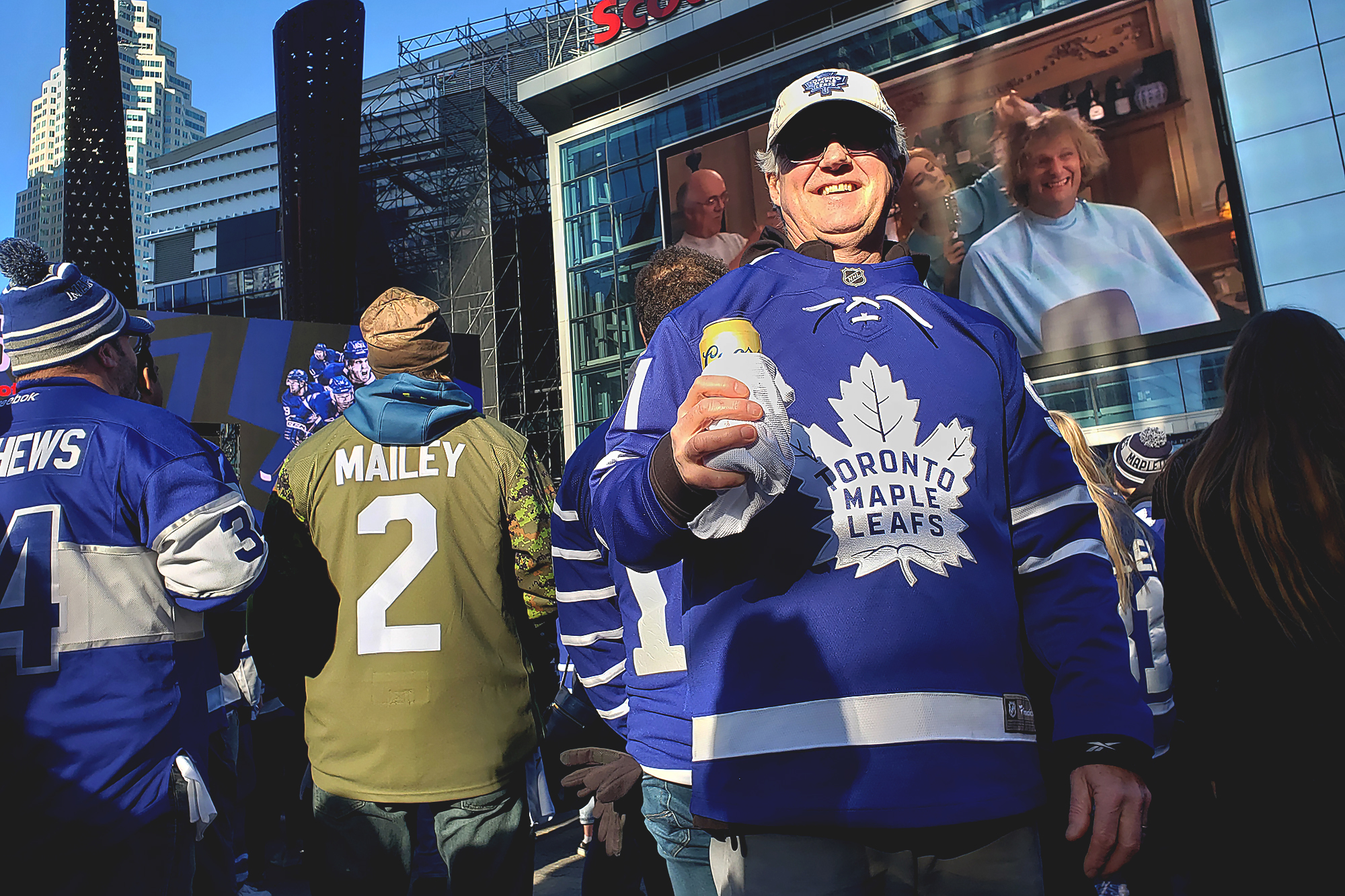 “I like to be by myself right in front of the TV, no phones, ready to go. It’s good to be here, though. I was alive the last time they won a Stanley Cup and I want to be alive for the next one, too.” 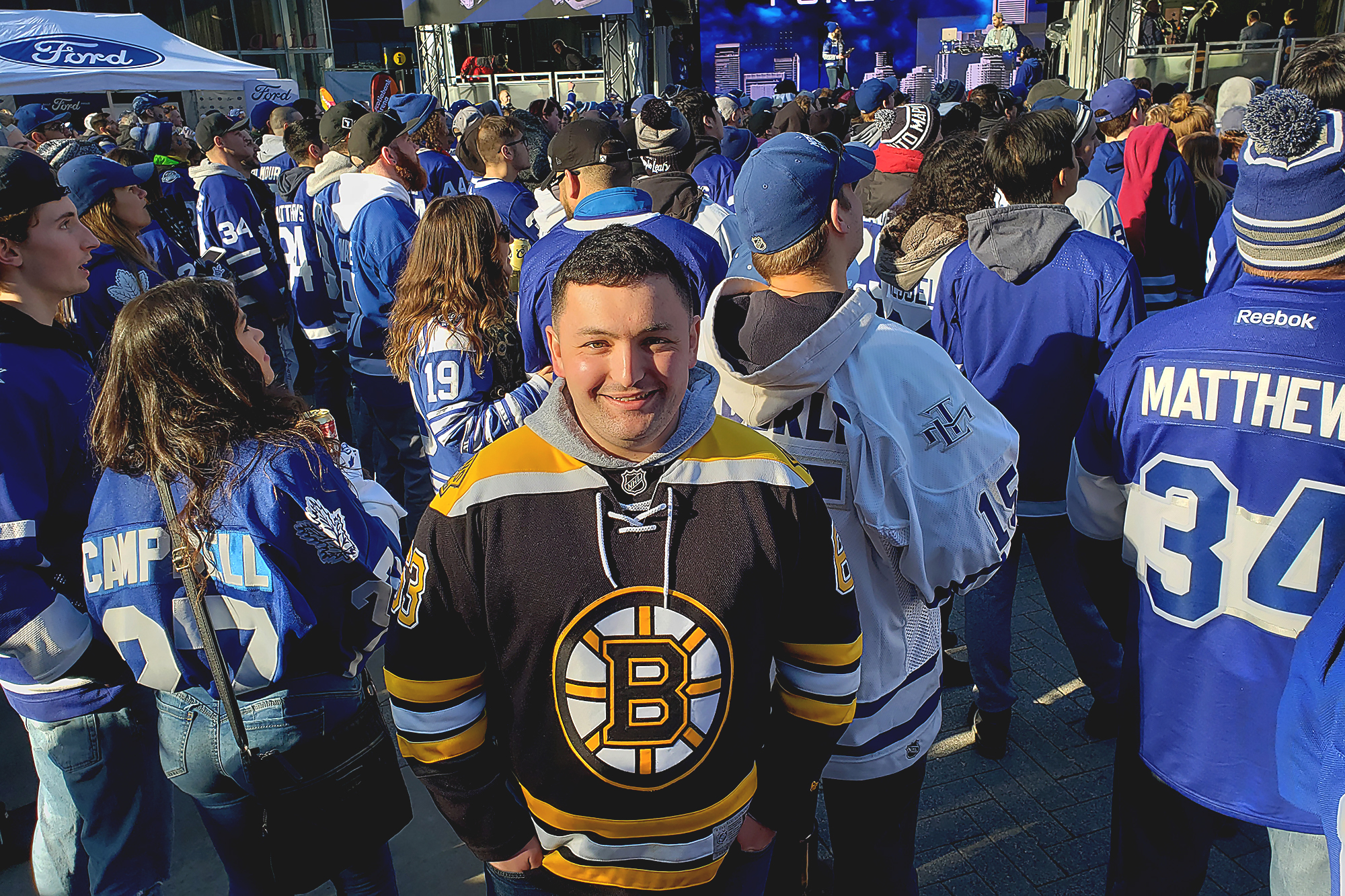 “Before games I wear my socks in the shower, and I’ve been wearing the same Brad Marchand jersey since I was in high school.” 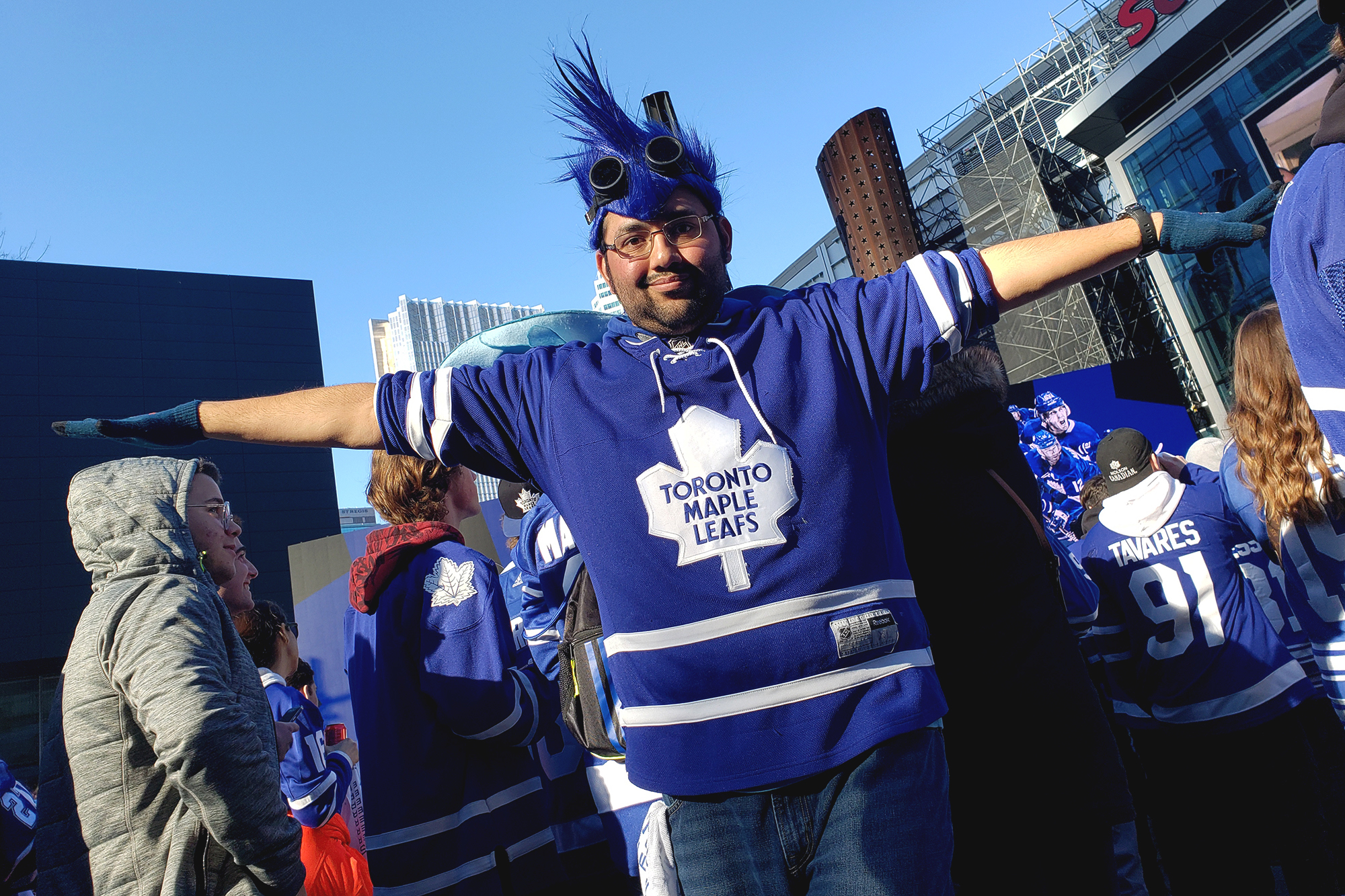 “Does this costume tell the whole story, with the goggles and the hair and the wings?” 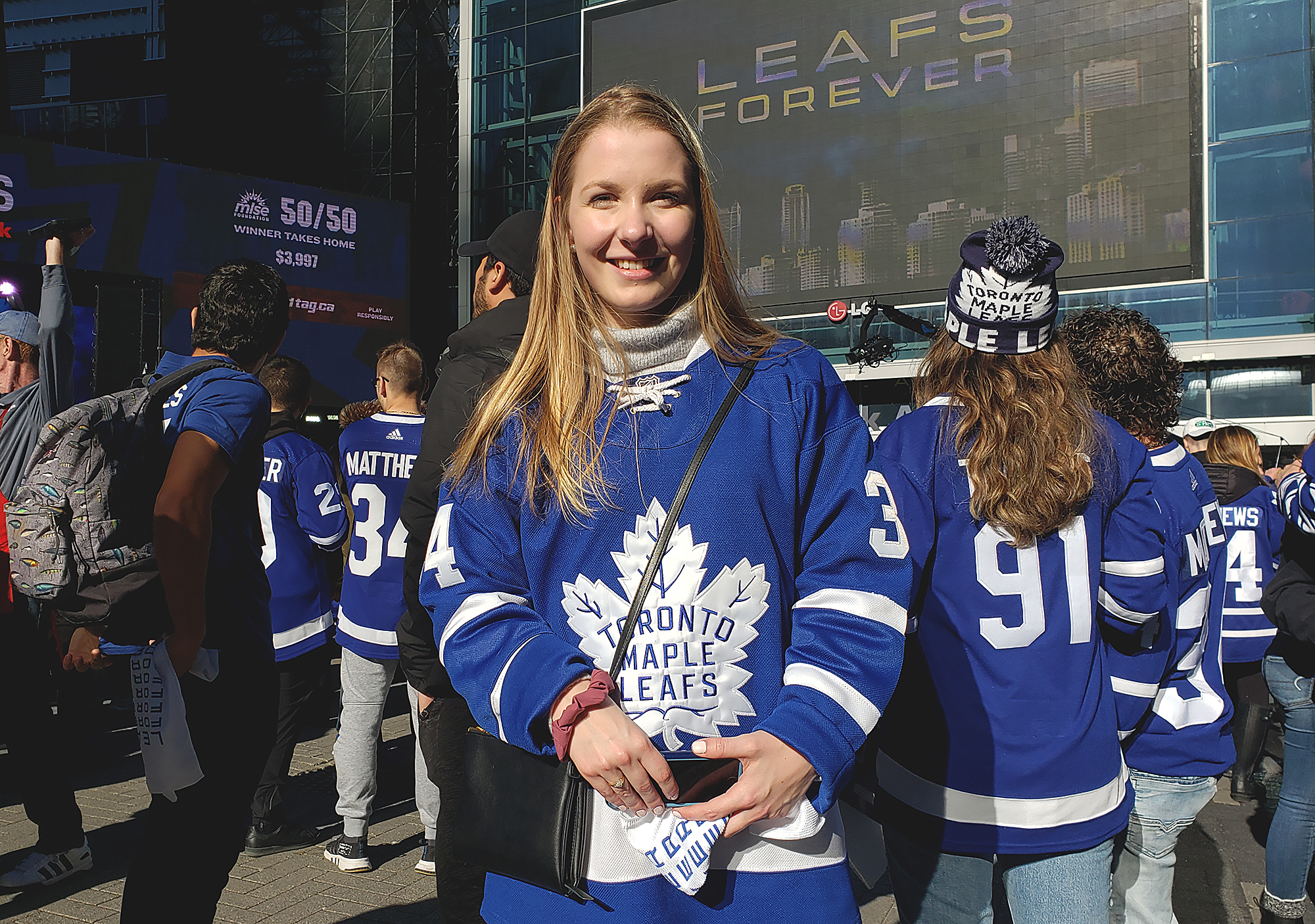 “I have to wear my Matthews jersey.”