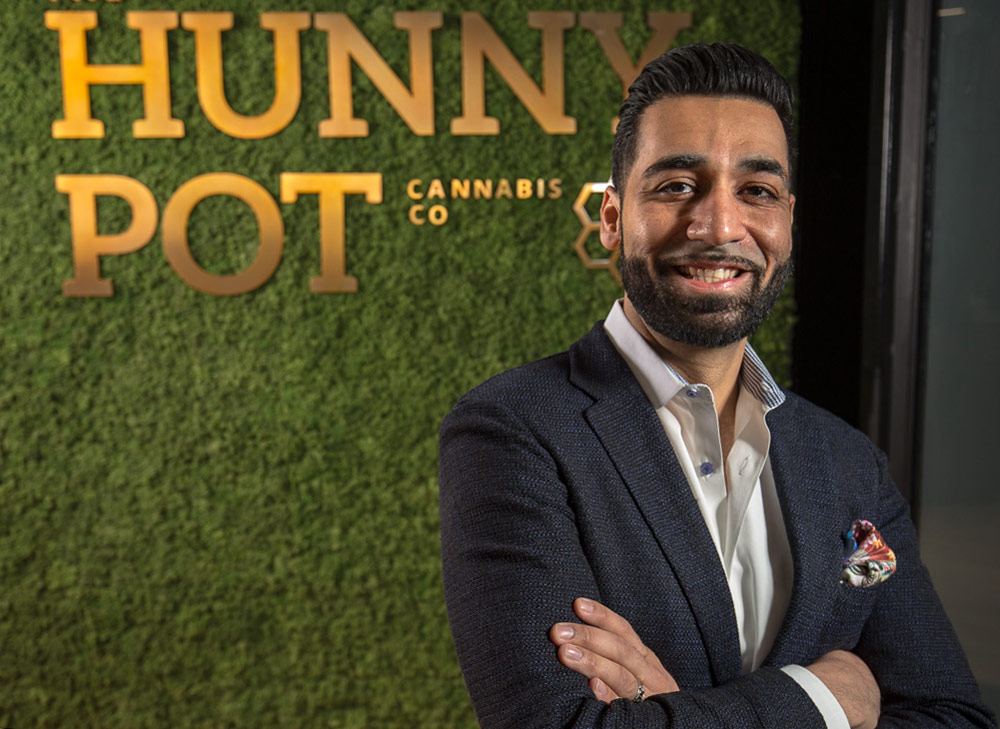 Hunny Gawri was heading home in an Uber one night when a friend texted to say he’d won the lottery. (The weed lottery, that is.) The Toronto-based real estate agent is one of five Torontonians (and 25 Ontarians) who won a sought-after cannabis licence from the Ontario Alcohol and Gaming Commission in January. Today, the appropriately named Hunny Pot opens its doors as the city’s first legal cannabis store.

The 3,500-square-foot space, occupying three floors of a shop along Queen West, is right across the street from Toronto institution the Friendly Stranger. Its interior is slick and modern, with plenty of space for product displays, and is staffed with “bud baristas” to help shoppers find their perfect strain. The Hunny Pot sells approximately 40 different types of cannabis in flower, oil, tincture and vape form. There’s also a hefty selection of accessories that includes rollies by RAW, pipes by Canadian brand Crown Cannabis and a $1,000 vaporizer by XVape. Gawri says the product line is likely to expand later this year, when edibles are legalized. Here’s a look inside the new store: 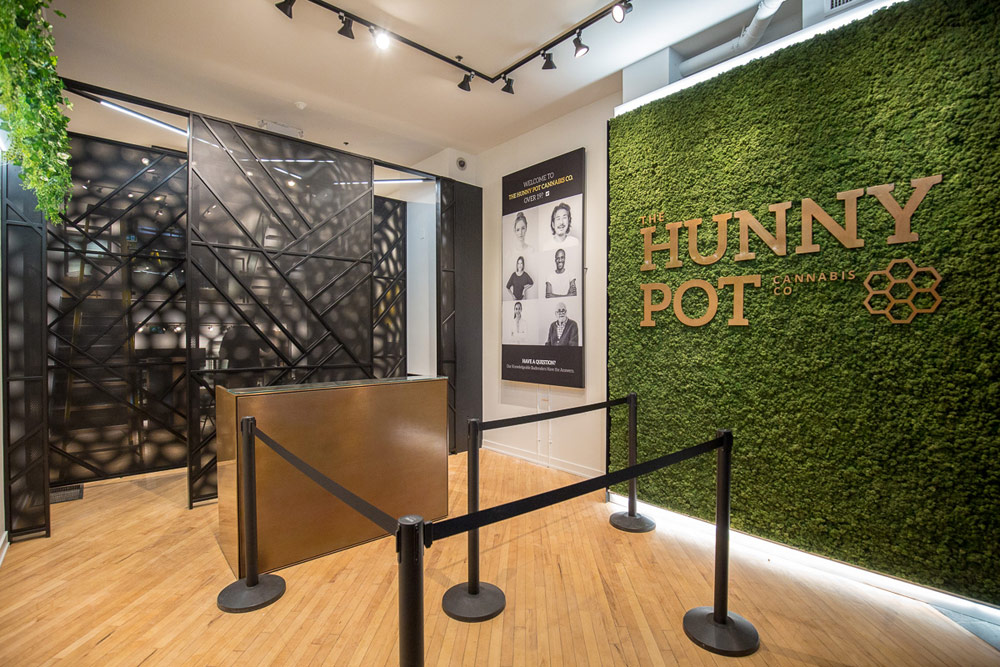 Customers check in here with their identification and get matched up with a bud barista. (And no, that’s not real weed on the wall.) 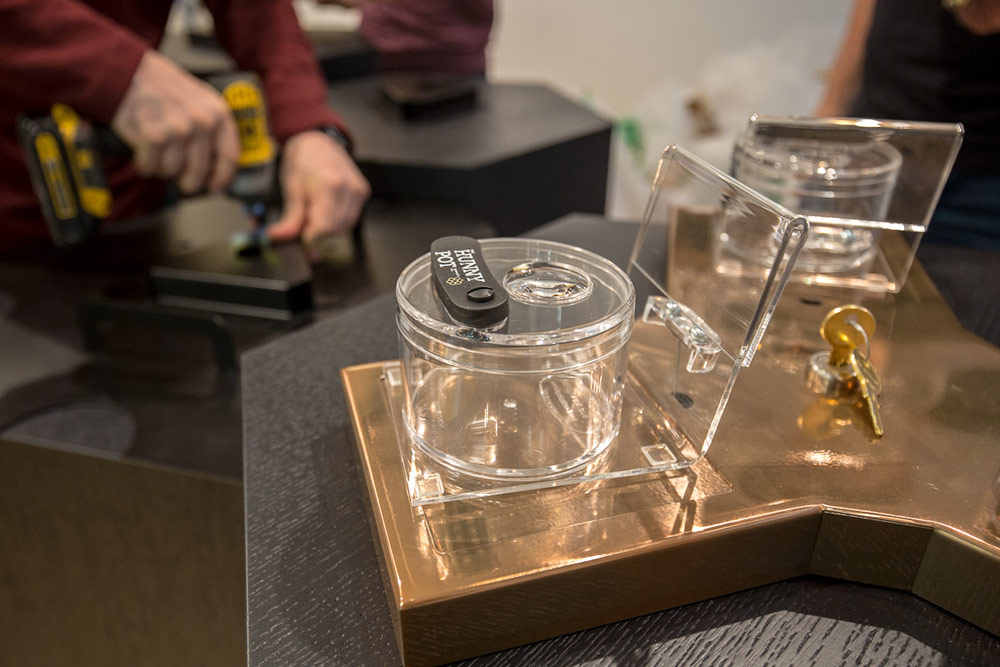 The bud samples are displayed in these sensory cases so you can get a good whiff before you buy. 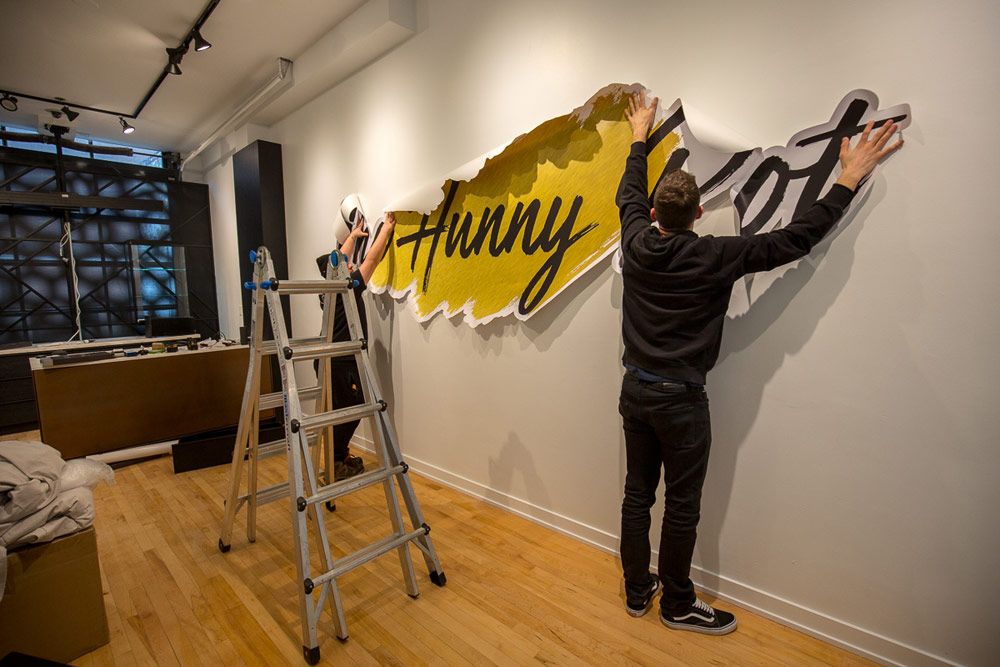 Gawri says a lot of the city’s head shops feel like an ode to ’60s stoner culture. He wanted the Hunny Pot to have a more modern feel. 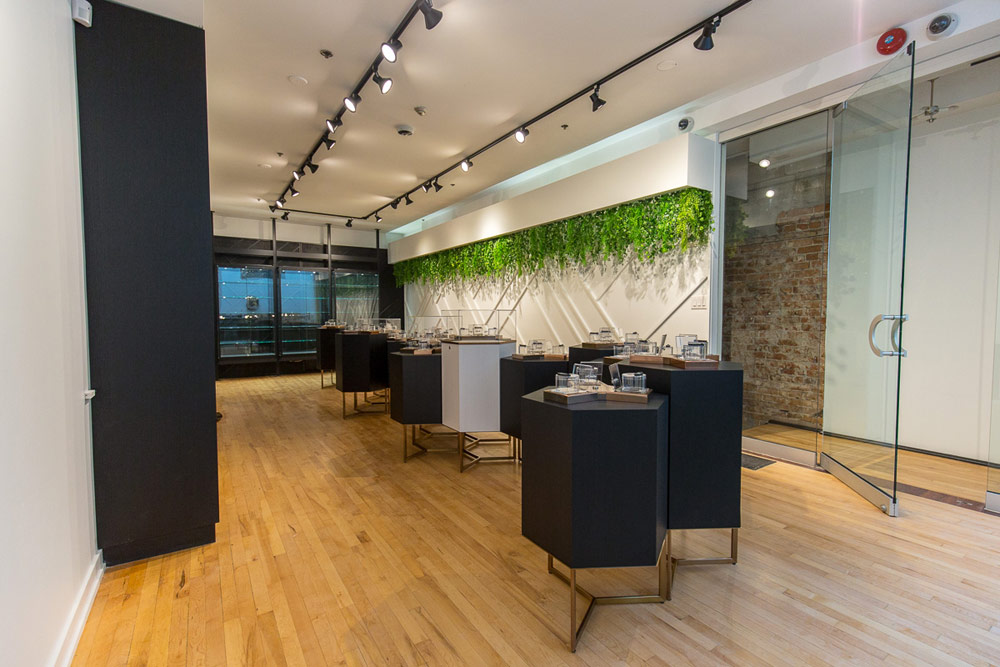