Andy Byford left his job as CEO of the TTC last year to take on one of the highest-profile public transit jobs in the world: CEO of the New York Transit Authority. Now that Byford is in charge of New York City’s subway system, he’s getting a fair amount of press. The New Yorker did a big piece on his ambitious turnaround plan for New York’s ailing subterranean transit infrastructure, he’s regularly mentioned in the New York Times, and he even made the cover of the Daily News. Now, Byford has gone national, with a star turn in an extremely flattering segment on CBS’s 60 Minutes, all about the NYC subway’s malaise and Byford’s mission to fix it. Because Toronto loves it when America notices anything even remotely related to our city, here’s a brief recap of the most Byfordian moments from the show.

Andy Byford’s favourite accessory during his time as CEO of the TTC was his trusty name tag. (Judging by the available photographic evidence, it seems like the thing pretty much never left his lapel.) Anyone worried that life in the fast lane would change Byford’s fashion sense will be relieved to know that not only is he still wearing a tag, but he didn’t even take it off for his sit-down interview with 60 Minutes’ Bill Whitaker: 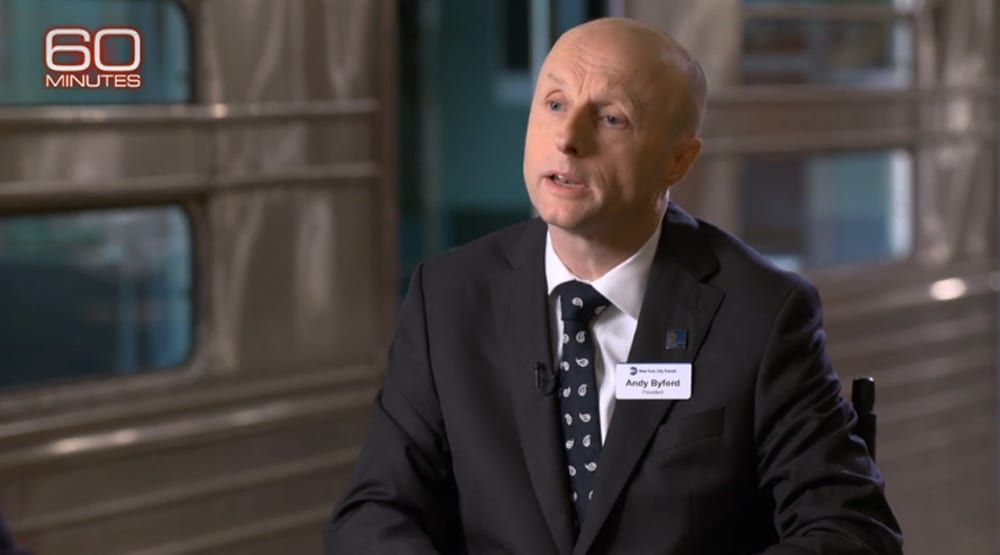 He was young once

“I pinch myself sometimes,” Byford tells Whitaker. “How did this spotty kid from Plymouth end up running New York City transit?” And thanks to the crack 60 Minutes visual research team, we get a glimpse of that spotty kid: 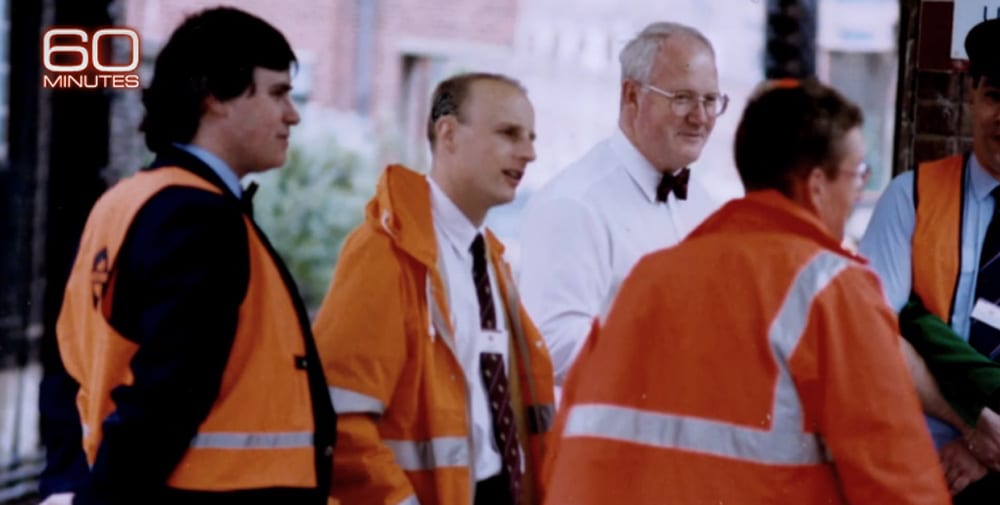 Byford was known for his hands-on approach to managing the TTC, which often involved venturing down into the very subway stations he was responsible for overseeing. To judge by the 60 Minutes story, he’s continuing that approach in NYC. A montage of him greeting passengers and workers included a shot of him having a chat with this conspicuously clad Nintendo aficionado: 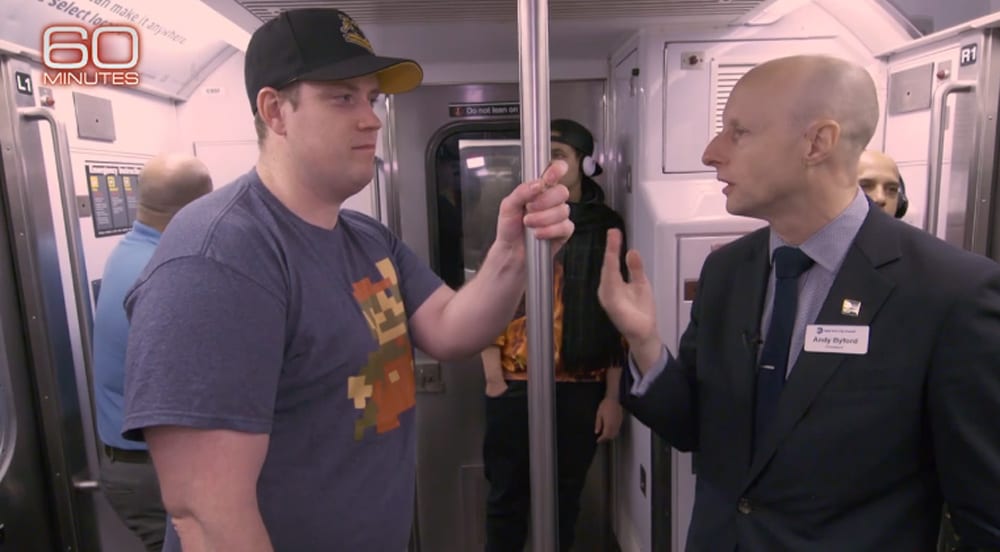 He’s picking up garbage with his bare hands

The myth of Andy Byford’s limitless humility should get a boost from this high-definition footage of him picking a half-eaten bagel off a platform floor: 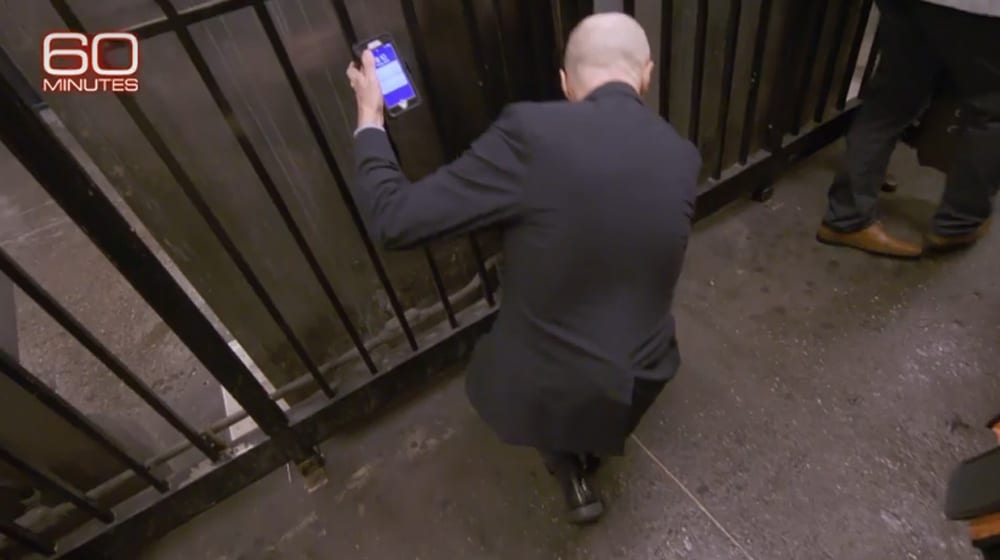