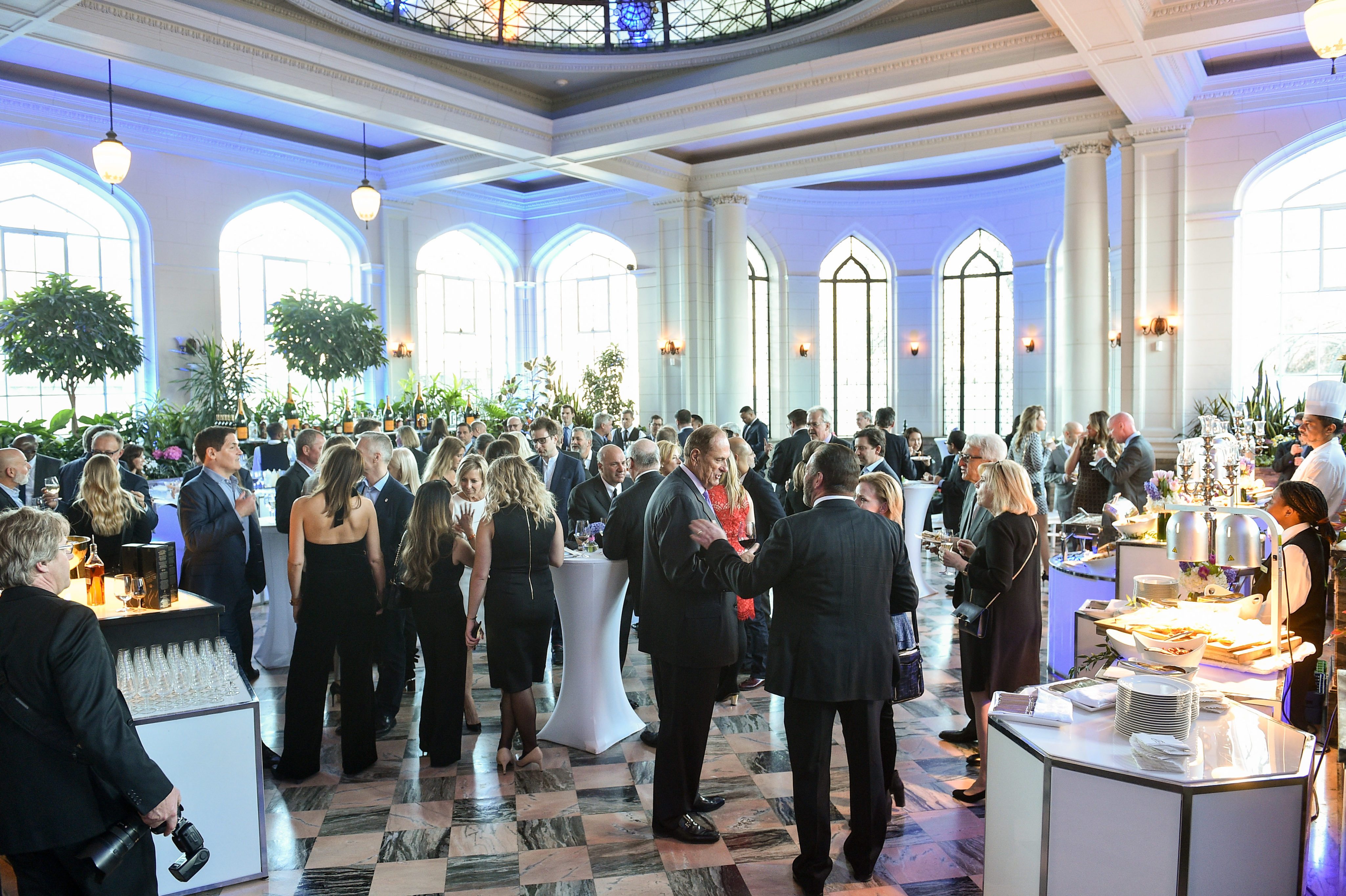 Last night, Kevin O’Leary joined two of his Shark Tank co-stars at Casa Loma, where the quips were endless, the market advice was plentiful and—when it came to Trump—there was definitely blood in the water. Inspired by Walter Isaacson’s Aspen Institute panels, the event, called Three Sharks in a Castle, featured O’Leary, Mark Cuban and Barbara Corcoran. Proceeds from the tickets, at $2,000 a pop, will be used to pay off O’Leary’s debt from his 2017 bid for the Conservative leadership, which he’s legally forbidden from repaying with his own money. (He’ll match the $308,000 raised in donations to organizations including UHN and the Canadian Olympic Foundation.) 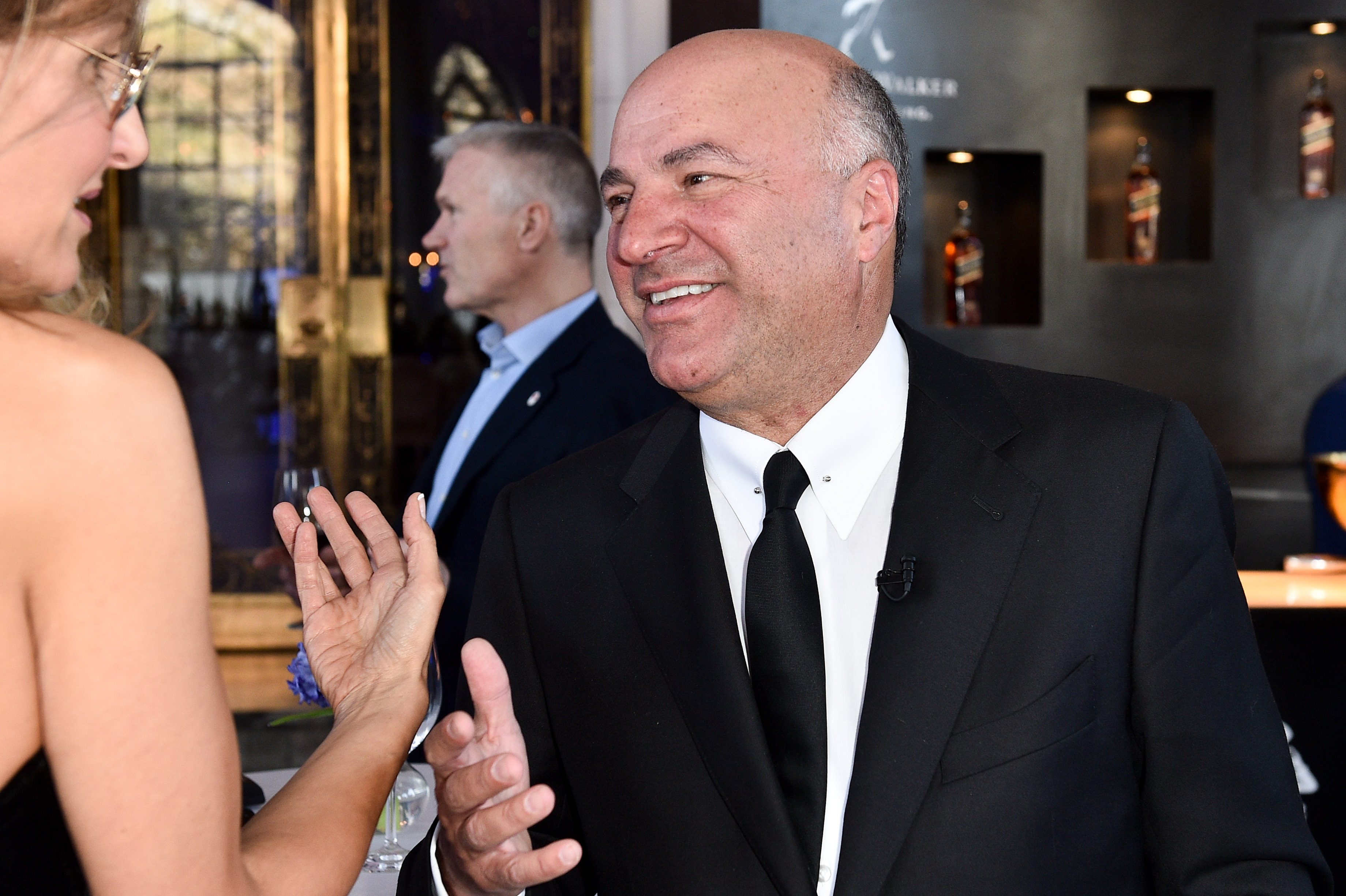 The evening began with a buffet-style spread in Casa Loma’s conservatory, with sushi, lamb shank, vegan tempeh baos and poke: 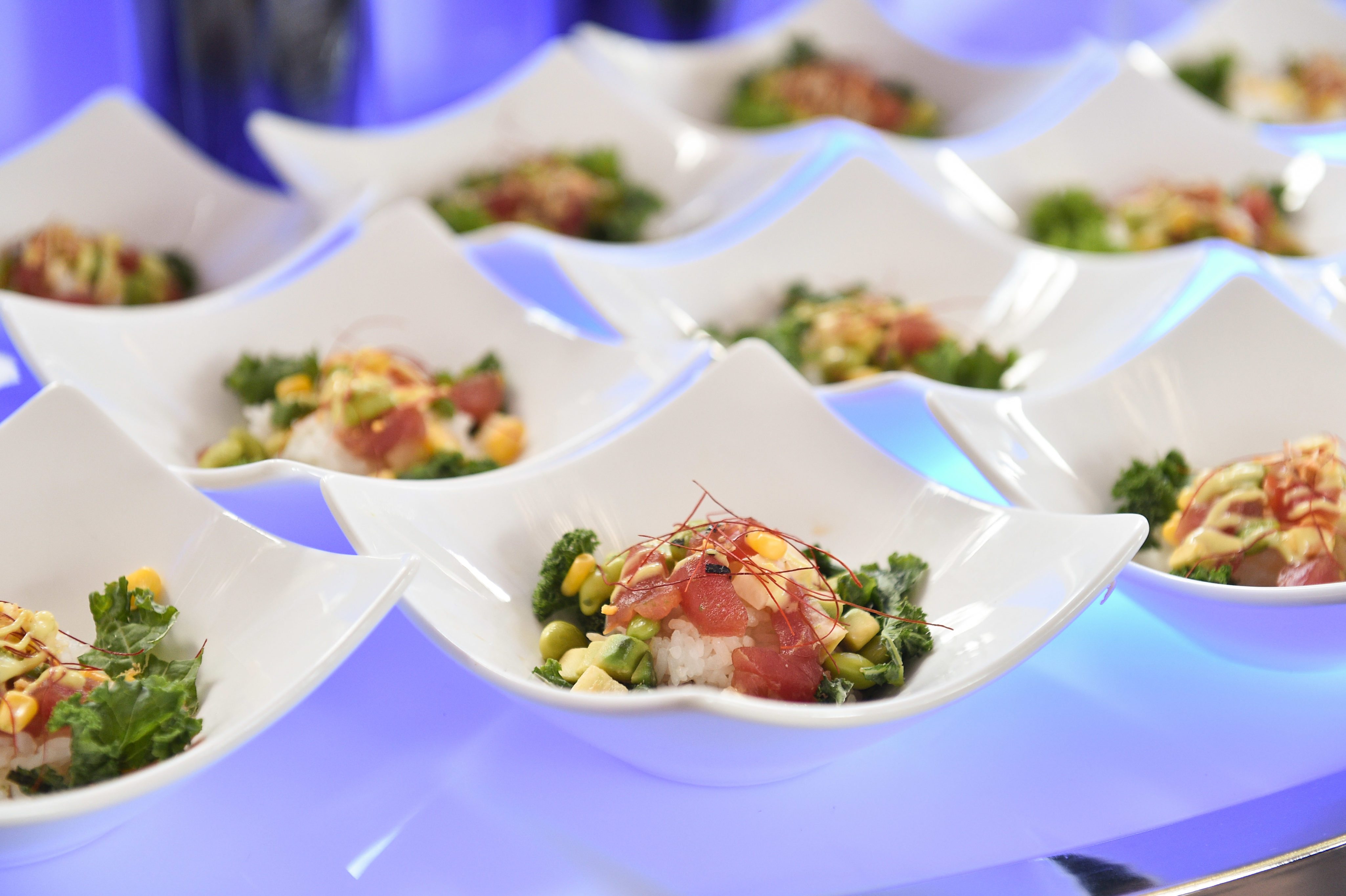 A wandering violinist added melodies to the DJ’s mixes: 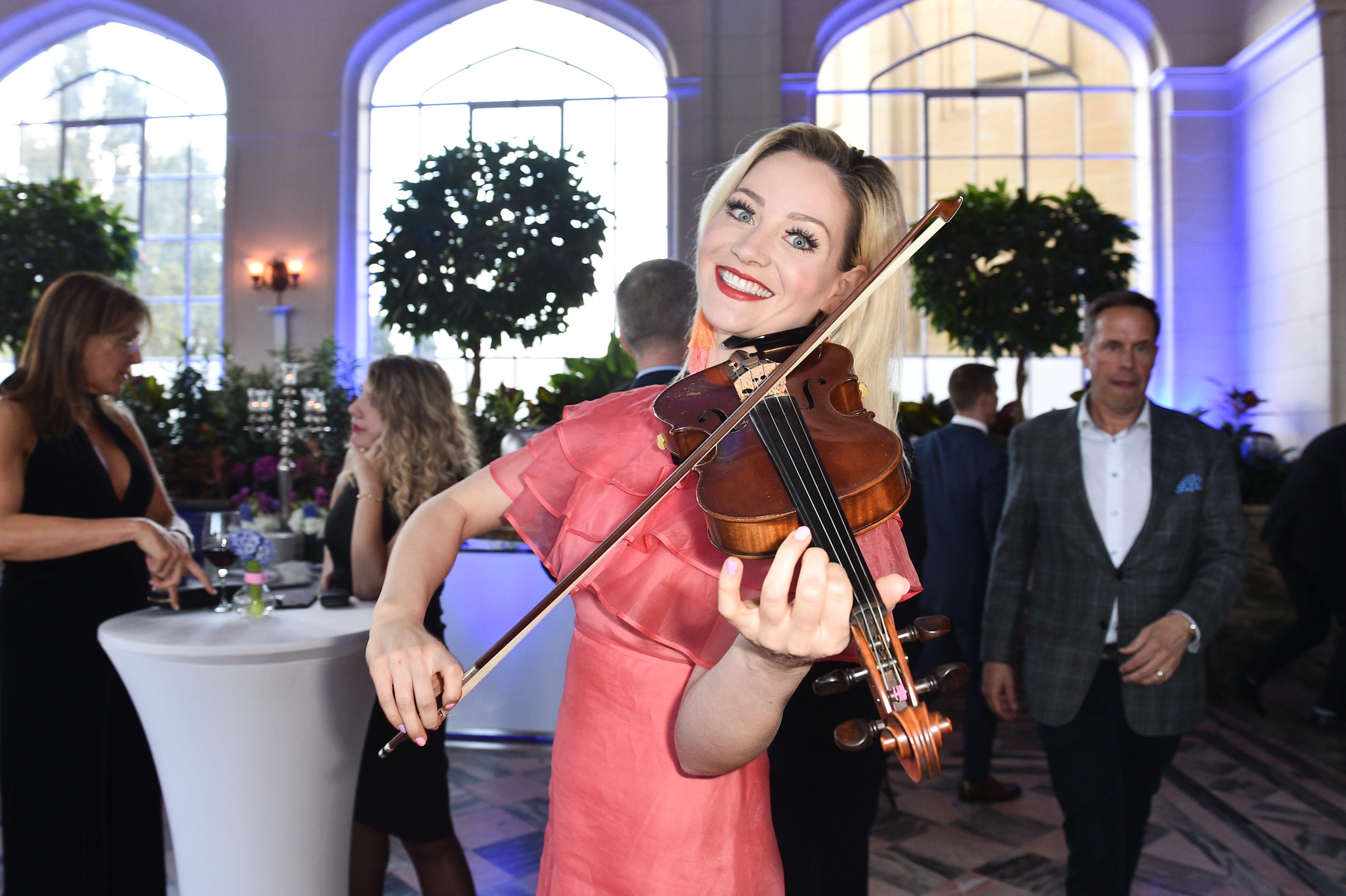 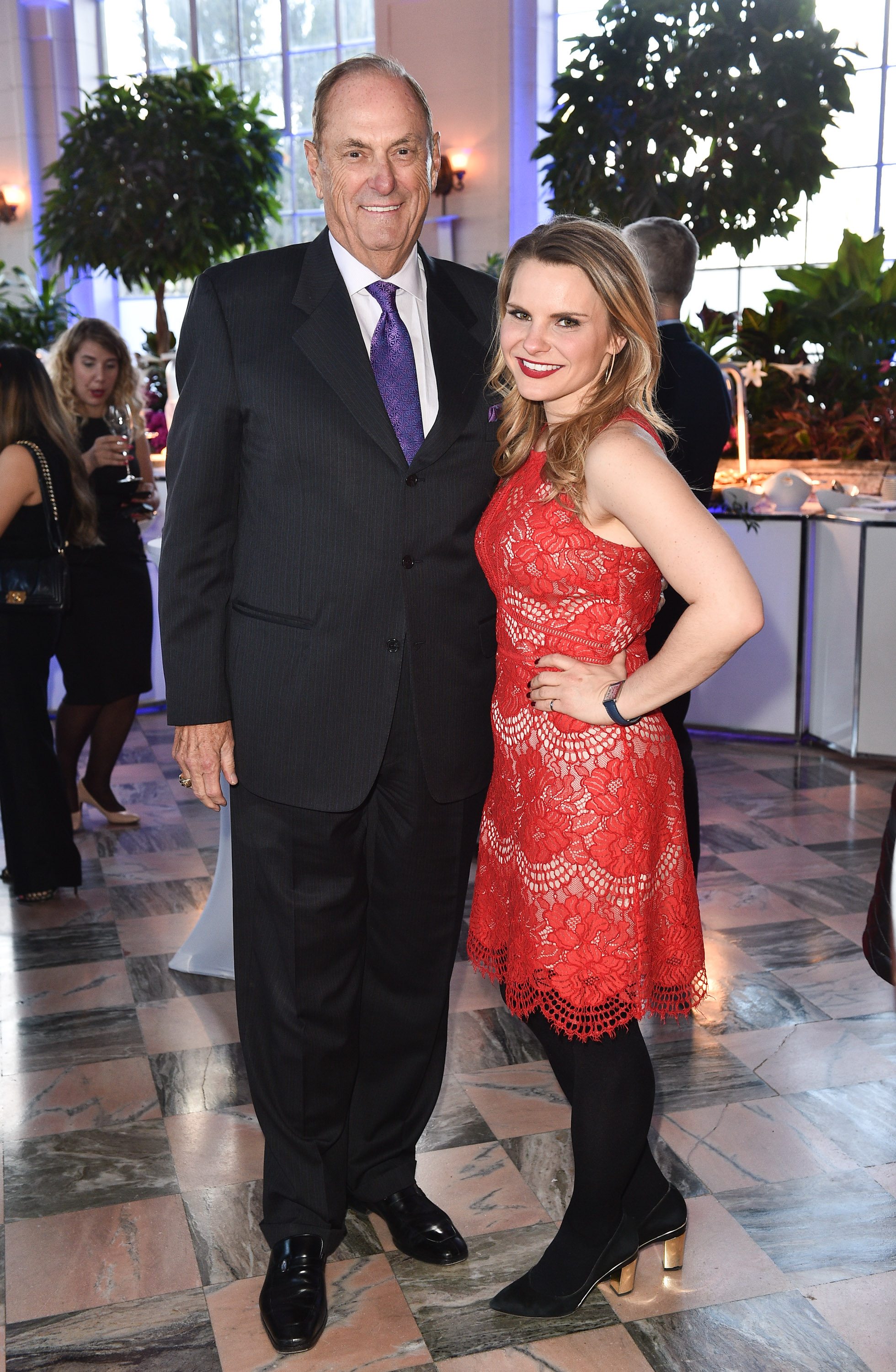 Canada’s Walk of Fame CEO Jeffrey Latimer was among the 100 or so attendees: 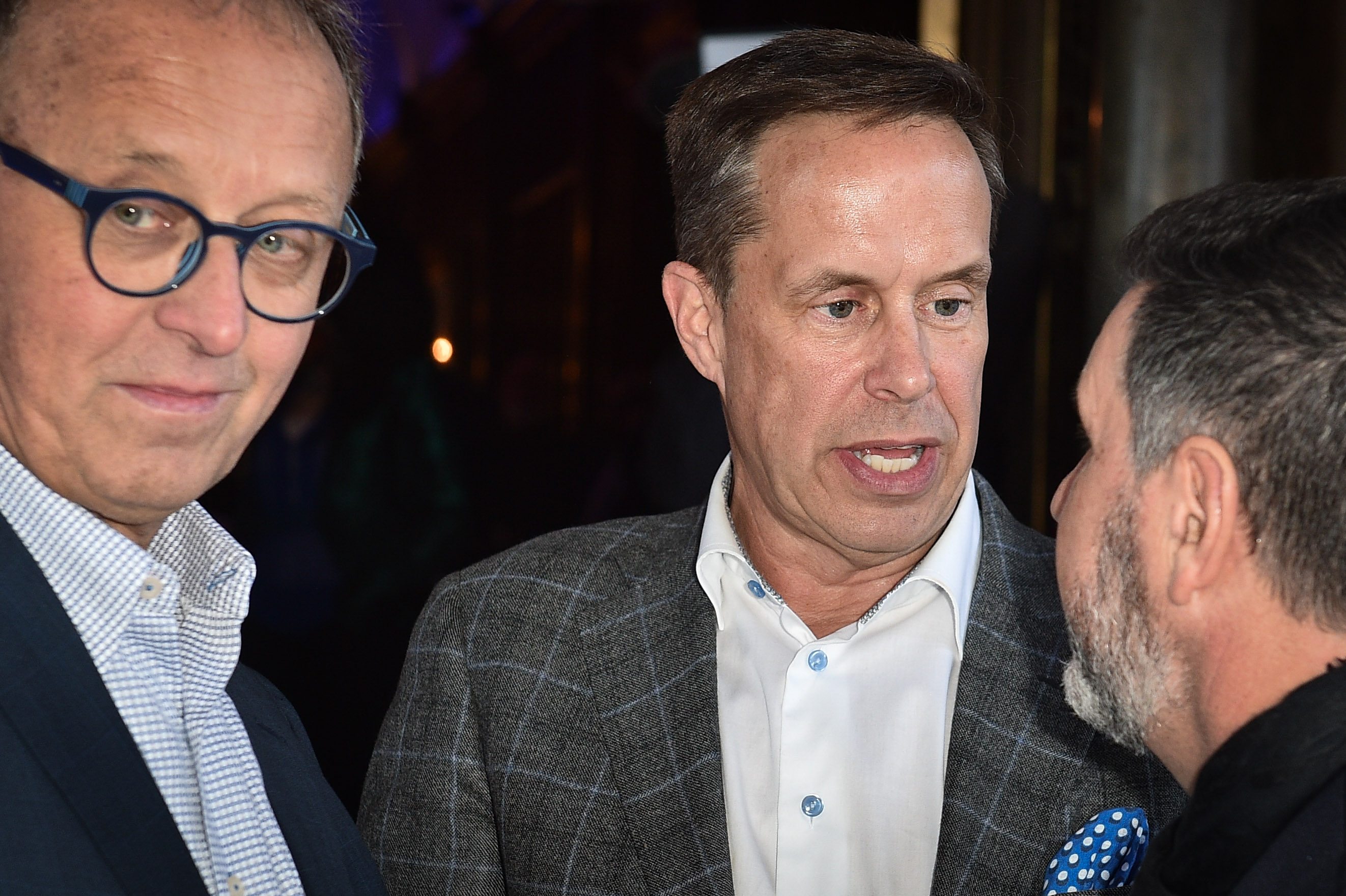 Guests eventually filtered into the library (or, as O’Leary liked to call it, the “living room”), where the sharks took the stage: 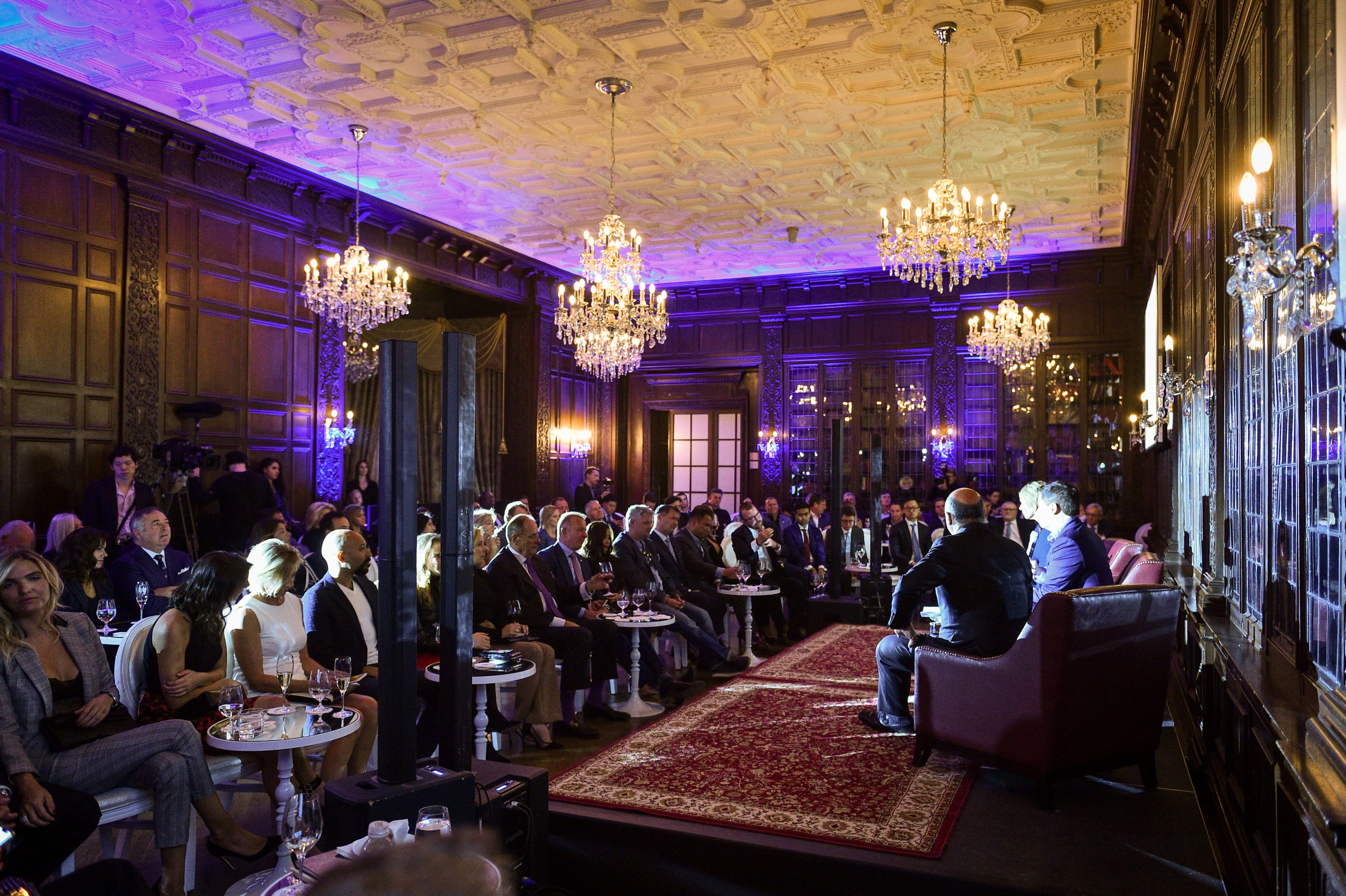 O’Leary started with a one-on-one with Corcoran, who discussed the early days of her career. “[I was] chased around desks and pinched all the time,” she said. “I considered it just part of the job.” She praised the way the #MeToo movement has empowered women, but expressed worry that it might hinder office camaraderie and make employees overly self-conscious. “My assistant is attractive,” she said. “These days, I’m thinking, ‘How does it look to have a hot assistant at my side?'” When the conversation turned to investments, Corcoran couldn’t resist taking a jab at the host: “I’ve no doubt I’m making 100 times more money than you are, Kevin.” 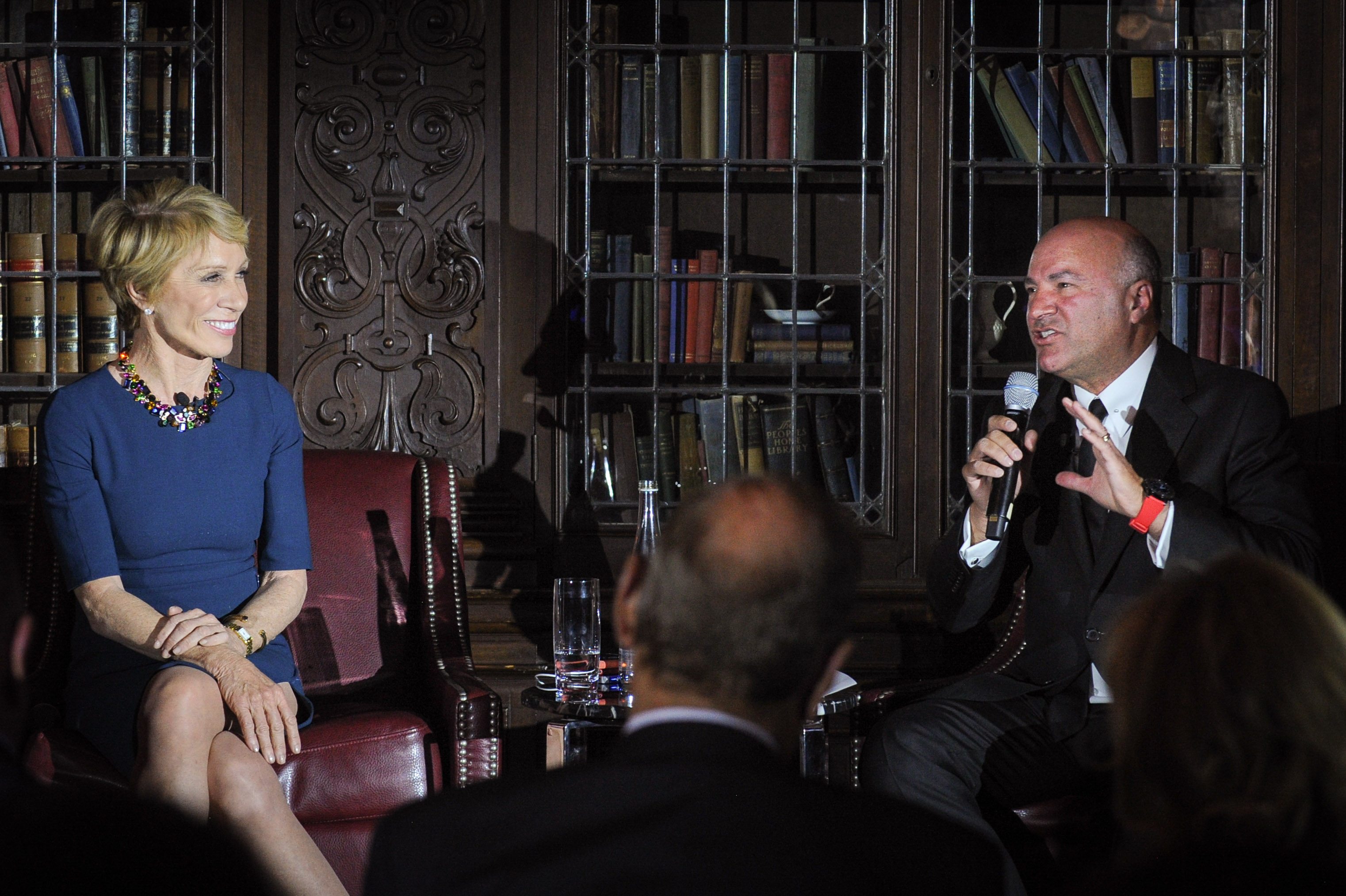 O’Leary asked Cuban about the perks of owning a sports team (“There’s no other business where someone throws you a parade if you win”), but a one-on-one conversation between the two men focused mostly on what the hell is happening in Washington. “We went from ‘what Trump says is not important’ to ‘what he says might turn into policy’ very quickly,” said Cuban. “So when people think Trump is serious about what he says, the market goes down.” After some prodding, Cuban mused about mounting his own run for the presidency, perhaps as an independent candidate. “It’s not my dream to be president. But, like any business decision, celebrity matters and gives you opportunity to win at far less cost,” he said. “The one thing every American deserves is respect, and the second thing is opportunity. That is a door I can walk through for them.” 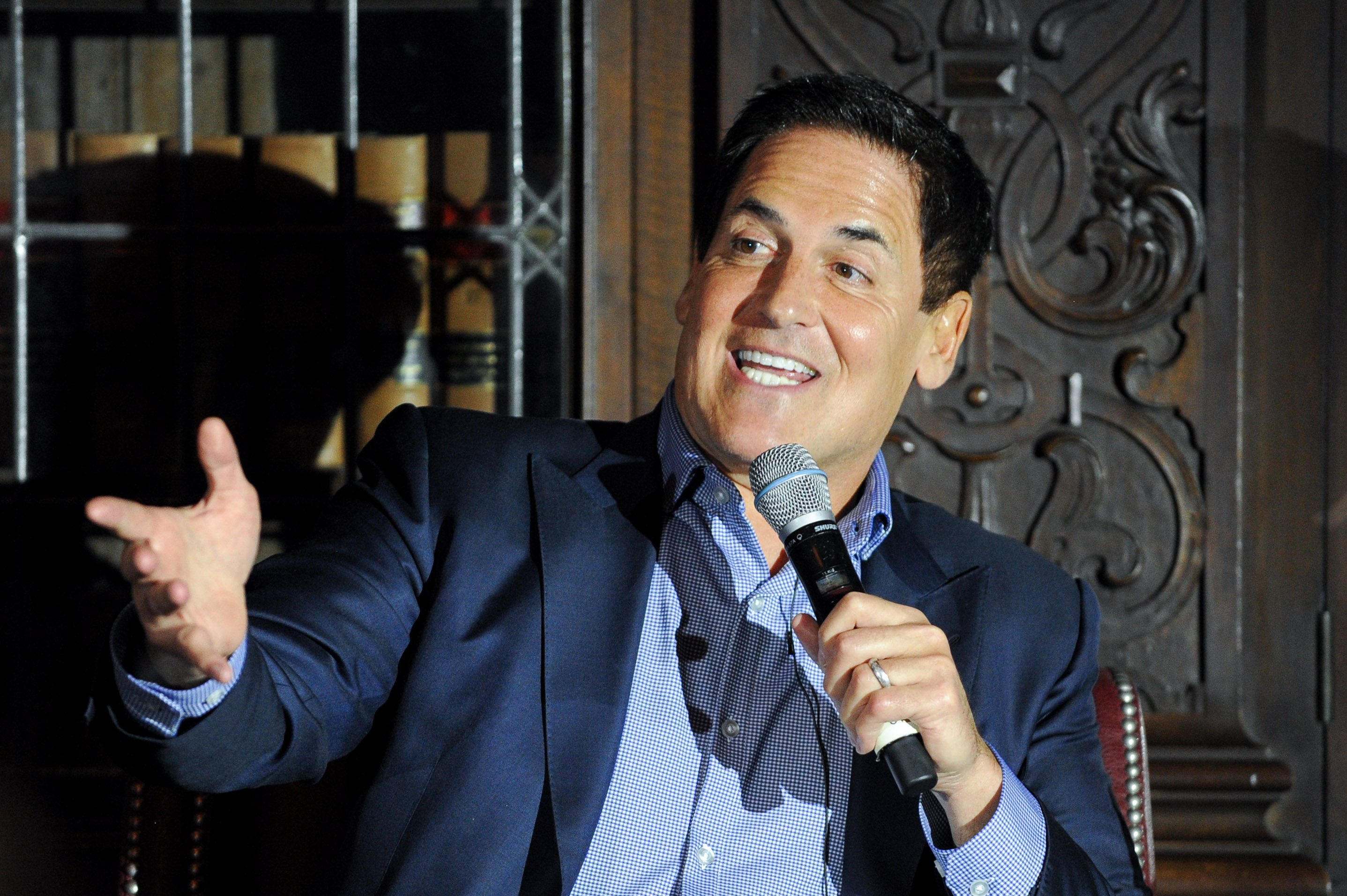 After the one-on-ones, the sharks took questions from the crowd. Corcoran shared an anecdote from 1994, when Trump had to pay her damages as a result of a failed lawsuit against her. When he begrudgingly made the first of many payments, Corcoran sent him a bouquet of flowers. He returned them, so Corcoran arranged to have another bouquet delivered every month. “He kept sending them back, so I always had beautiful flowers on my desk.” Meanwhile, when an attendee asked Cuban whether he’d choose four more years of Trump and Dallas Mavericks success over four years of no Trump and Mavericks losses, Cuban joked, “I’d miss the playoffs.” 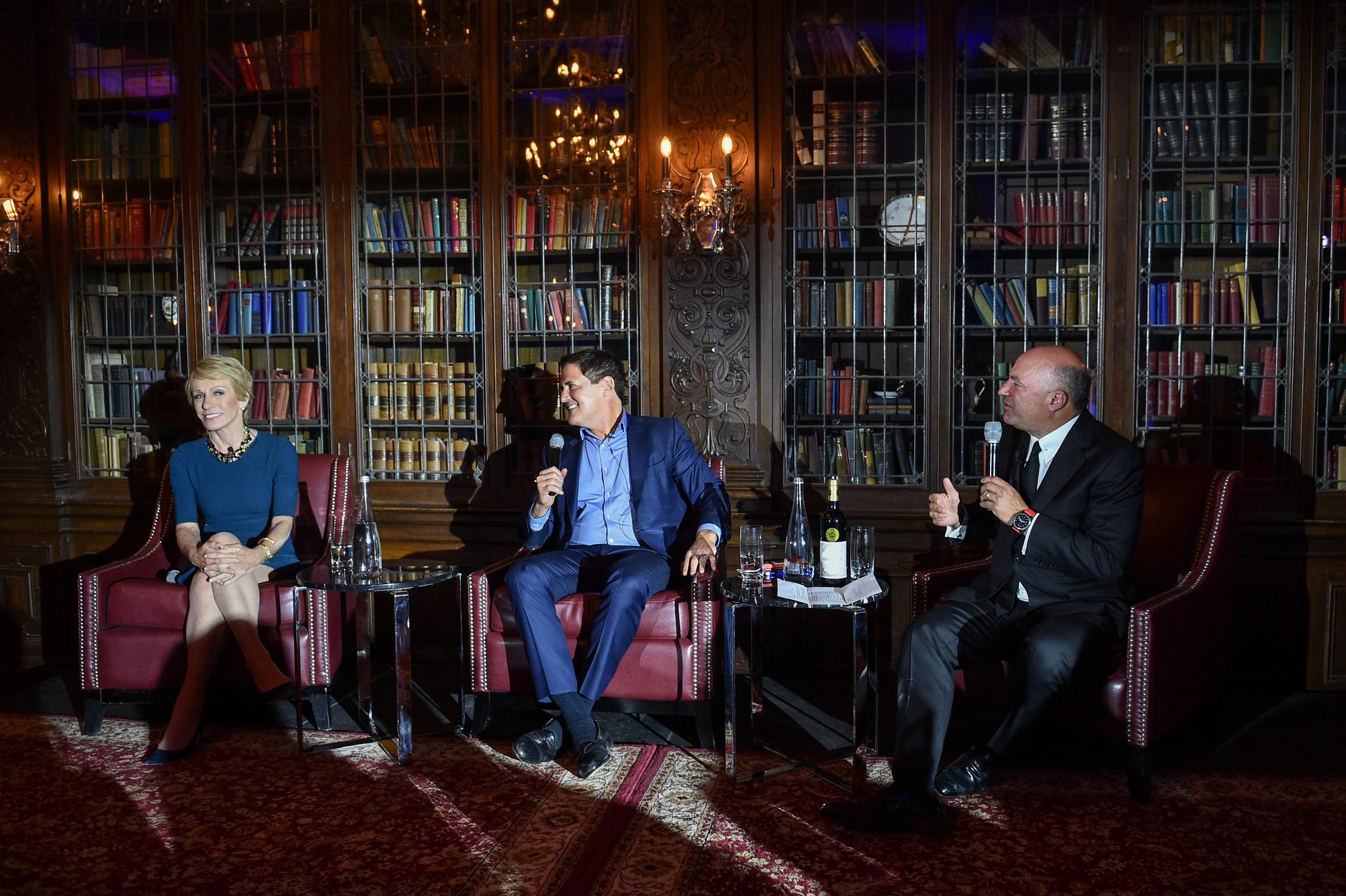 The sharks concluded the evening by sharing their strategies for surviving the crazy-making political climate. Corcoran said she likes to meditate, Cuban said he’s motivated by people’s genuine appetite for change, and O’Leary talked about his experience speaking to engineering students. “When you think you’ve had a real bad week,” he said, “go into a class of 20-something-year-olds that are ready to rip the world apart, and feed on their energy like a vampire. I know I’m never going to die.”