For at least the next three and a half years, John Tory’s second home will be the mayor’s office, a light-filled space on the second floor of city hall with a ribbon of windows overlooking Nathan Phillips Square. Judging by the interior—with its minimal decorations and perfectly curated coffee table books—Tory is busy delivering on his campaign promise to make city hall boring again. “I’ve never been a person who focuses a lot on doing anything in particular with my office,” he says. “I view it as a workspace.” (Rob Ford, by contrast, liked to plaster his walls with editorial cartoons about himself.) On closer inspection, Tory’s domain isn’t quite as dull as it first appears. 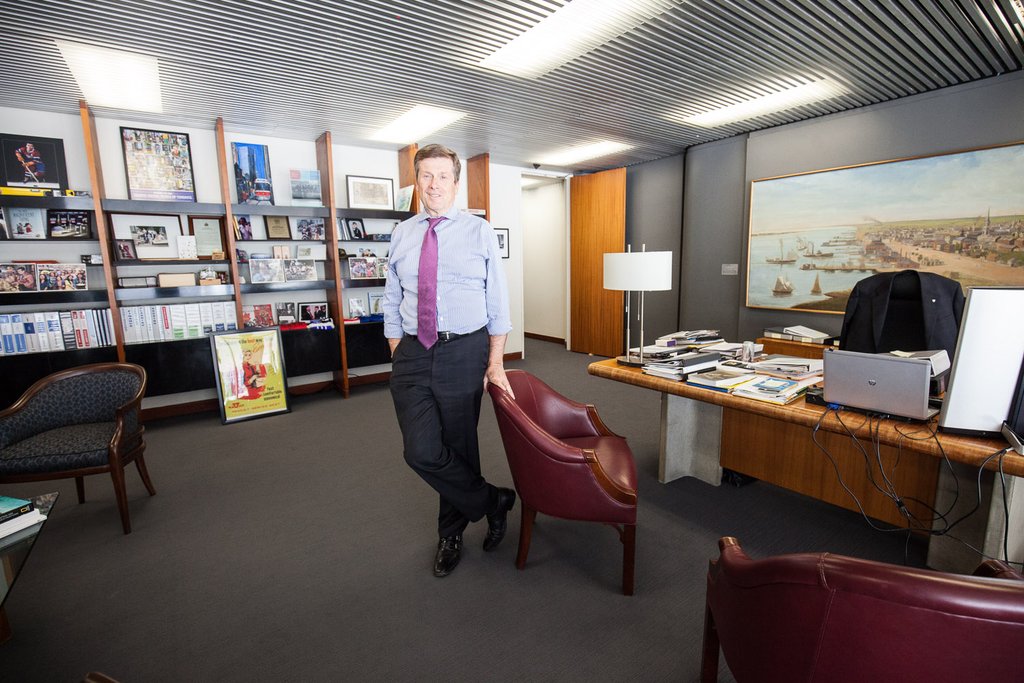 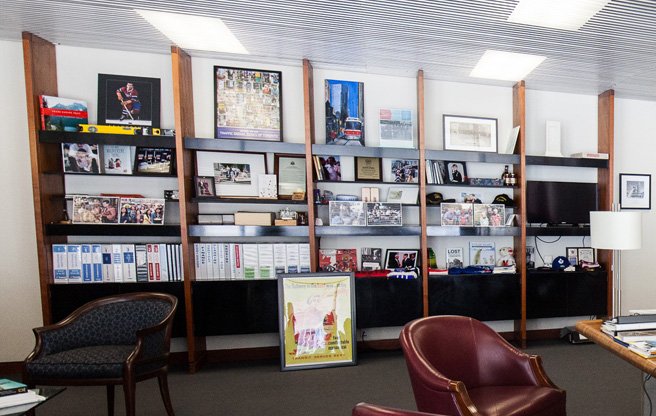