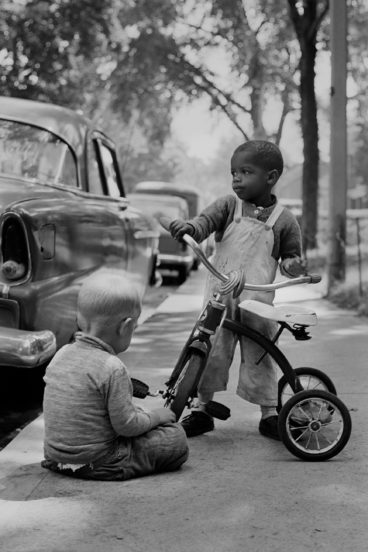 Joan Latchford was a nun who left the convent to devote herself full time to her true calling: documenting the unseen lives of Torontonians in the 1960s and ’70s. Sixty years later, a treasure trove has been unearthed. Here, a retrospective of her life’s work 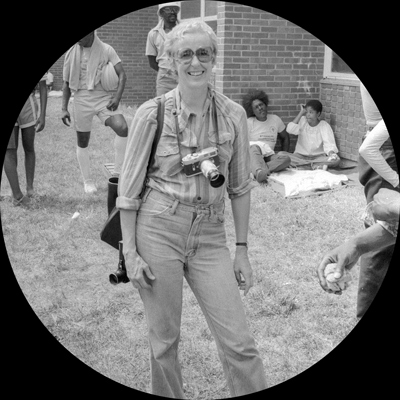 Joan Latchford was many things in her life: teacher, nun, TV producer. By the age of 20, she’d crossed the Atlantic nine times in search of a sense of purpose. She found it almost by accident. After leaving her convent in the U.K. in the late 1950s, she returned to Toronto and bought her first camera—a Hasselblad. “Instead of paying bills, of which I had a number, I decided I would get something that I really wanted, which was a good camera,” she once said. She soon switched to a Leica, set up a darkroom in her basement, and started a photography career, knocking on magazine editors’ doors to sell her images. Her clients included the CBC, Chatelaine and the National Film Board’s stills division, which commissioned her to capture images of Toronto’s Caribbean diaspora.

Latchford had worked a number of odd jobs, including at Simpsons department store, where she met and trained new Canadians. For years, she hosted weekly gatherings where newcomers could talk, mingle and drink coffee. Sometimes she had as many as 70 people crammed into her tiny apartment. It was at one such get-together that she met her husband, Frank, the founder of an educational film company. The Latchfords raised eight kids—two biological and six adopted. Their home was always open to anyone who needed a hit of kindness or companionship.

Latchford’s camera quickly became an extension of her arm, and she trained it on Toronto’s bustling streets in the 1960s and ’70s. She was as much a part of the city’s ecosystem as the Yorkville hippies and the touring blues singers. “My mom would walk up to anybody and talk to them,” says her son Ben Latchford. “If she saw someone who interested her, she would follow them around with her camera.”

Subjects that pop up frequently in her work include Hare Krishnas, Caribana revellers, Yonge Street patio diners, and children—always children. She shot life as she saw it: joyous, complicated, funny, full of stories. “Into her later years, my mother was riding her scooter around Toronto, photographing anyone who caught her eye and handing out money to the homeless,” Ben says. After her death in 2017, she left behind around 40,000 negatives, which she’d meticulously filed under categories like, “Men,” “Women,” “Children,” “Celebrities” and “Humour.” She also kept detailed notes: one of her phone books had B.B. King’s number in it.

One day in the fall of 2019, Ben, who owns a butcher shop on St. Clair West, ran into an old high school friend, Chelsea Hulme-Wilyman, and her husband, Cory Wilyman. The couple were in the process of opening the Cardinal Gallery, a boutique space at Davenport and Dovercourt that exhibits fine art photography. Ben suggested they take a look at his mom’s stuff and sent them a montage of her photographs. They were blown away. “We knew immediately that this was something special,” Hulme-Wilyman says.

She and her husband began combing through thousands of never-before-seen negatives to curate a show for the gallery. The result, “Love Isn’t Limited,” showcases 36 of Joan’s images from the 1960s and ’70s, all of them limited-edition, hand-processed silver-gelatin archival prints, which will be on view by appointment at the Cardinal until the end of February.

This photo essay appears in the February 2022 issue of Toronto Life magazine. To subscribe for just $24.99 a year, click here.