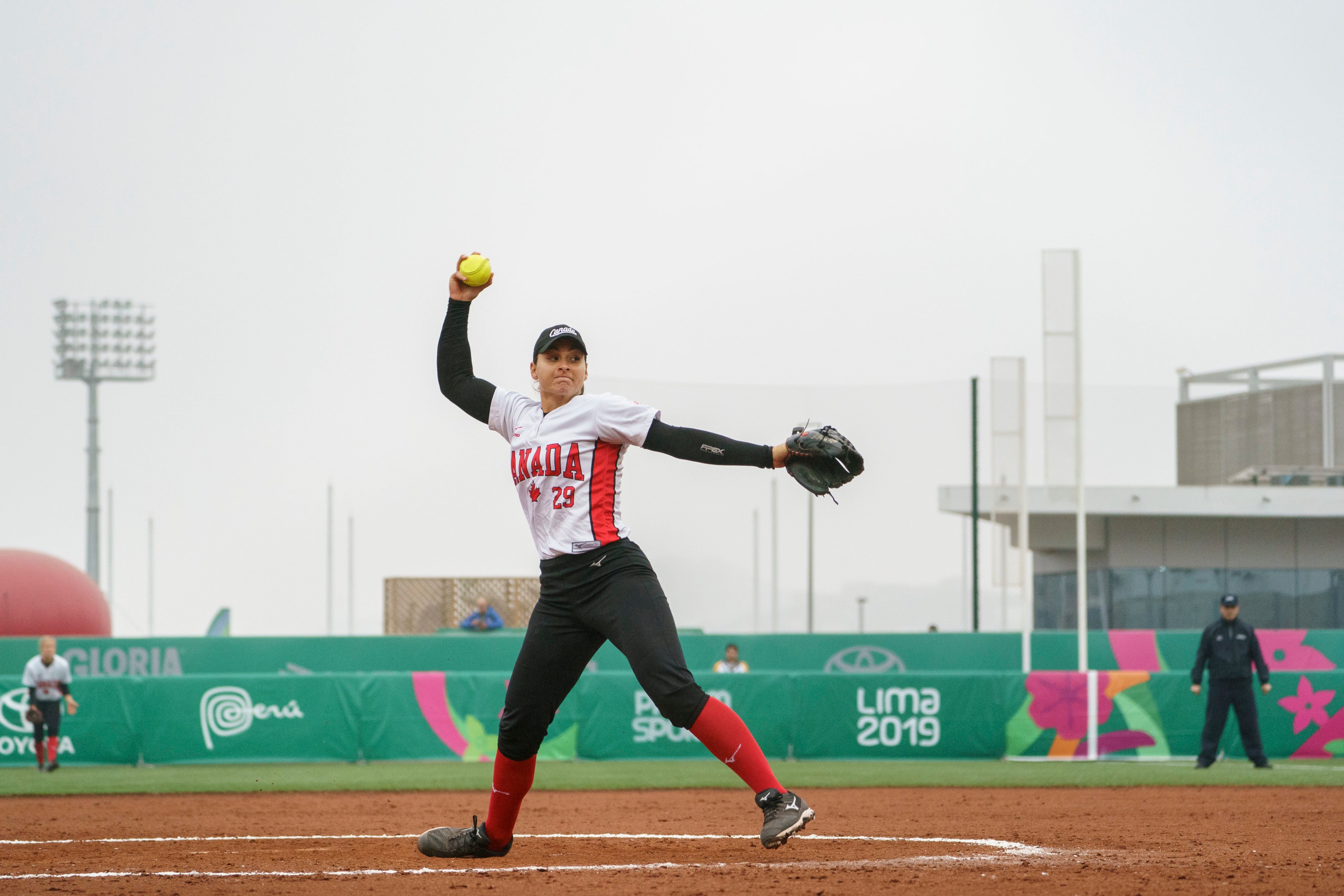 Jenna Caira, a 32-year-old pitcher with Canada’s women’s softball team, spent the past year reviewing tapes and Zooming with her teammates. Now, a year after Covid delayed the Summer Games, she and her teammates clinched the bronze medal.

“I’ve been obsessed with softball since I was a kid. Growing up, I’d always tag along with my siblings, Danielle, Nadia and Genio, to practices and games before I was old enough to play myself. My dad even spray-painted a home plate on the driveway in front of our house in Richmond Hill so we could practise pitching. Everywhere I went—home, school, the mall—I twirled my arm as if I were about to launch a ball. On my fourth birthday, when my uncle asked me what I wanted to do when I grew up, I didn’t hesitate. I told him I wanted to play softball for Team Canada at the Olympics.

“Over the next several years, it seemed like I was well on my way. I developed my skills in local leagues and was lucky to have two incredible pitching coaches: Julie Brooks, a former pro pitcher who taught me the basics, and Todd Martin, a world champion who taught me how to throw a change-up, which became my signature pitch. In 2007, I was invited to join Canada’s junior team, and later, playing for Syracuse University, I struck out more than 1,000 batters, a record in my conference. But I just missed my shot at the Olympics—I joined Team Canada in 2009, a year after the International Olympic Committee removed softball from the Summer Games. My fourth-birthday wish, it seemed, would go unfulfilled.

“Still, I was lucky to have an amazing career. In seven years with Team Canada, I won two bronze medals at the world championships, two silvers at the Pan Am Games in Guadalajara and Peru, and, best of all, the gold at the Pan Am Games in Toronto in 2015. I got goosebumps when our entire team spontaneously started singing ‘O Canada’ on the bus ride to the finals. Team U.S.A. beat us earlier in the tournament, but that day, we were the better team. 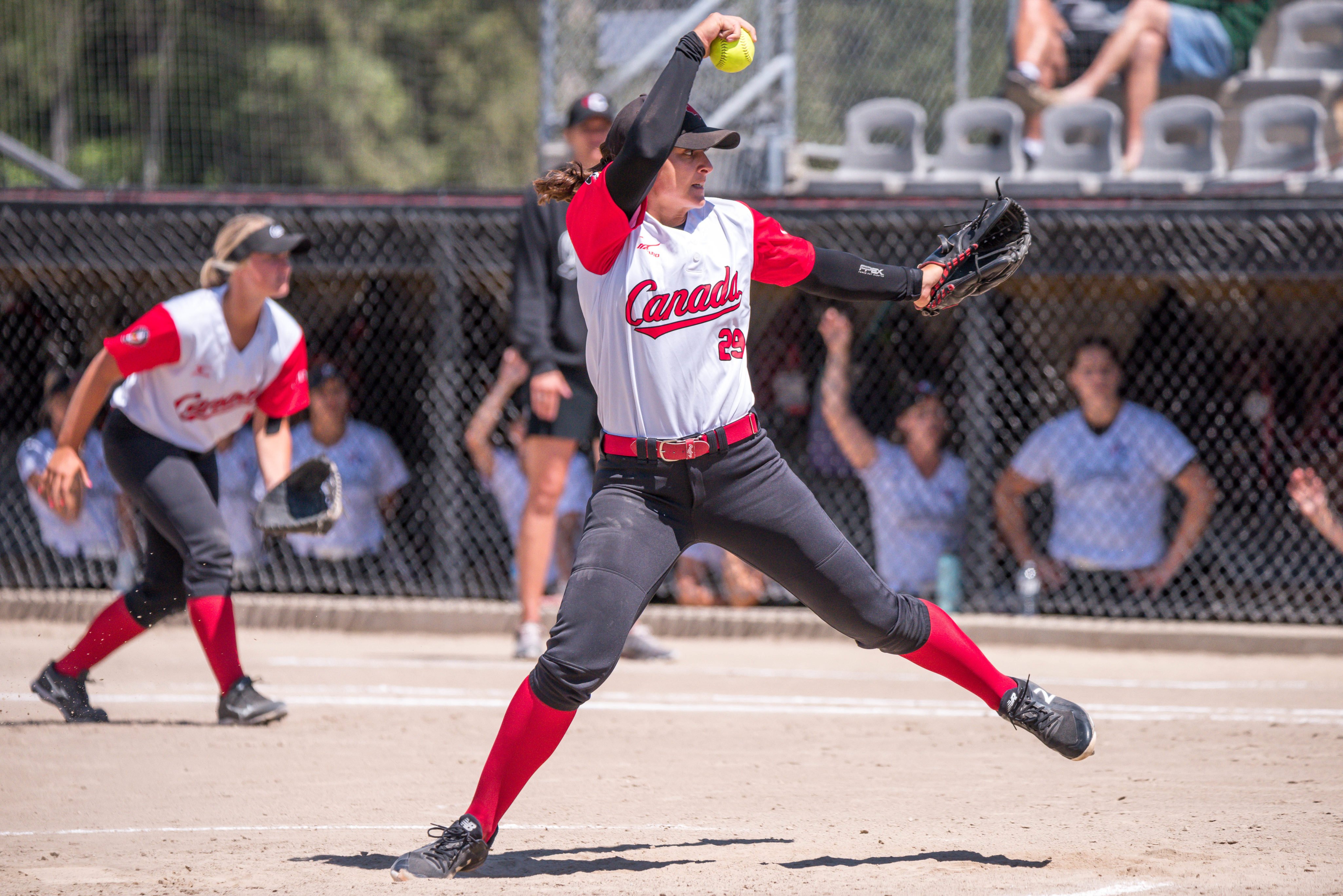 “It was incredible to win gold on home turf in front of 3,000 fans. It felt like the end of a mission I’d been on since I was four years old. And by this point, I was ready for something new. My entire life had been softball, and the game had begun to feel like a job. I was 26, and I wanted to define myself outside of the sport.

“So, in summer 2015, I retired from the team. I got a post-graduate degree in public relations and took a communications job at Canadian Tire. I loved it. A colleague of mine, Julia Wilkinson, was an Olympic swimmer, and she, among others, made me feel at home. And I enjoyed promoting softball through the company’s charity, Jumpstart, which helps give kids equal access to sports.

“I didn’t stay retired for long. Over time, my love of the game returned. I missed my teammates and the thrill of competing. I’d kept in touch with my coach, Mark Smith, and in March 2017, he asked if I’d consider returning to the team for a few tournaments—they needed another pitcher. I hadn’t picked up a ball or glove in more than a year, but I said yes.

“For half a year, I balanced two full-time jobs. I’d work 8 a.m. to 5 p.m. at Canadian Tire in Toronto and then drive to Scarborough, Mississauga or Milton to work out, practise pitching or teach private softball lessons. I used my vacation days to travel to tournaments. By the end of the summer, I was mentally and physically exhausted, but I knew I wanted to keep playing. When I told Canadian Tire, we found a solution: I’d switch to a part-time role managing partnerships, which would give me enough time to focus on the game.

“The timing couldn’t have been better. The International Olympic Committee had just voted to reinstate softball for Tokyo 2020 because of how popular the sport was in Japan. Amazingly, I had one last chance at achieving my childhood dream.

“In early 2020, a few months before the Olympics were scheduled to begin, the entire team spent six weeks at a training camp in Halifax. We were in beast mode—we were in the best physical condition of our lives, playing great and feeling a deep connection on the field. That March, when camp ended, we all went to our homes across North America. The plan was to take 10 days off before reuniting in California for more practice. But then the pandemic hit, and everything locked down. A week later, Canada pulled out of the Olympics. 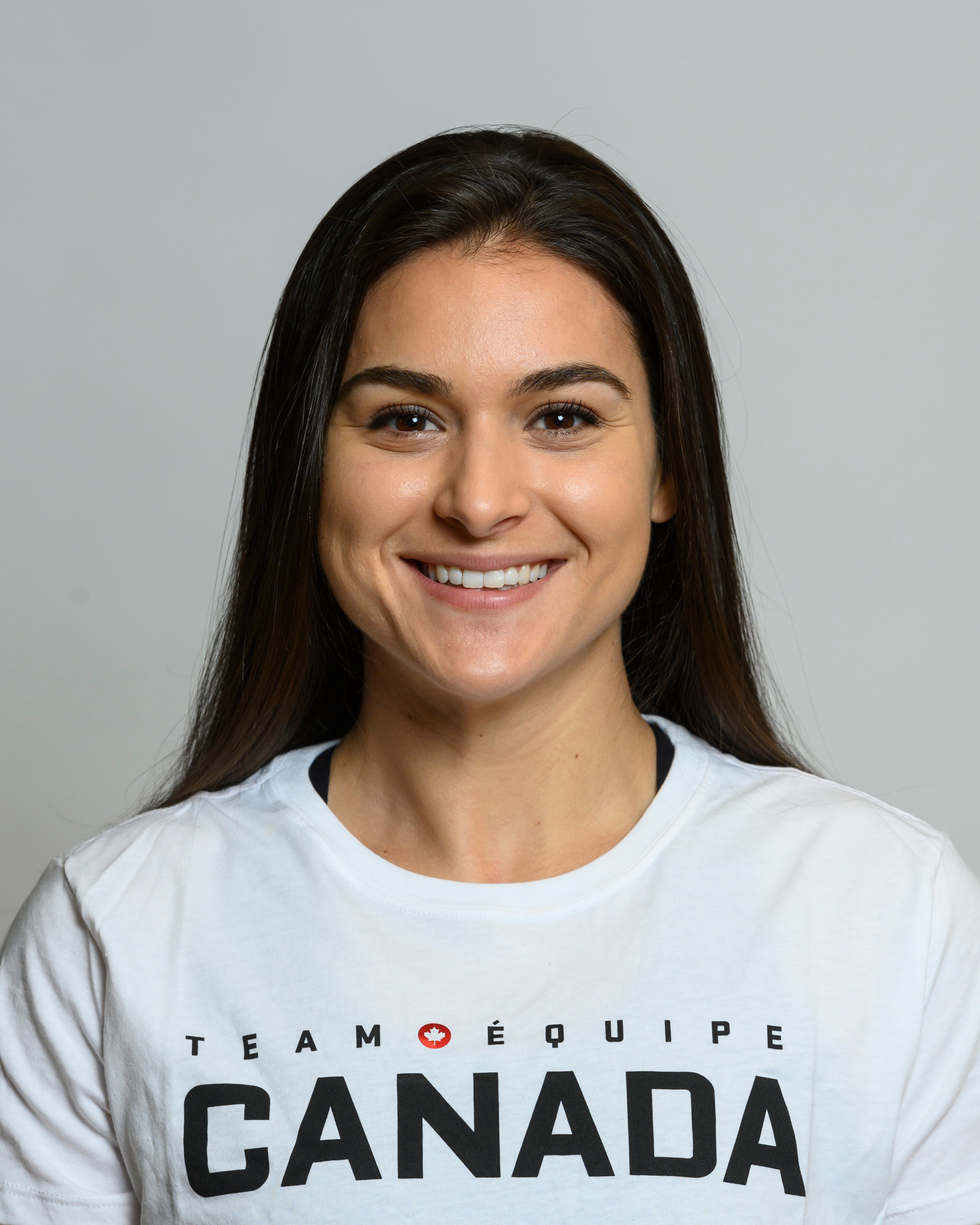 “My world was upended. With facilities closed and snow on the ground outside, I couldn’t play softball in Toronto, let alone fly to California. I was still technically employed, but in 2020, for the first time in my softball career, I had a summer off. I tried to stay in shape both physically and mentally. I cycled on Peloton, signed up for online barre classes and did yoga. I learned to play piano again and brushed up on my French. But I’ll admit there were also some Netflix days on the couch with my fiancé, Eric, and our dog, Bowser.

“The team couldn’t gather, so for months we resorted to meeting over video chat. We reviewed videos of our opponents, read and discussed sports books and wrote incredibly vulnerable letters to our team about how the pandemic was affecting us. Enduring the hardships of Covid brought us closer together as a team. But we didn’t want to think about softball. We wanted to play.

“We finally reunited this past January in Toronto. We isolated before going to camp and received Covid tests upon arrival, during and after to ensure our bubble was safe. Eventually, we relocated to Illinois and then to Florida so we could practise outside.

“One morning, before an exhibition game in June, the coaching staff brought us on a tour of the SpaceX complex. We sat on the bleachers where spectators watch rocket launches and marvelled at the horizon, a wide vista of sea and shore. Our quest for Olympic gold, our coaches told us, was like Apollo 11: a team of determined people working together to achieve the impossible. Then Coach Smith grabbed a big duffle bag and surprised us by pulling out our Olympic jerseys. One by one, he called us by name. When he said, “Number 29, Jenna Caira,” I walked down, gave him a hug and put it on. After so much uncertainty and isolation, it was surreal to wear Canada’s colours, on the cusp of competing at the Olympics wi. That ceremony moved many of us to tears. Like me, many of my teammates had spent their whole lives dreaming of this.

“We arrived in Japan in early July. For about 10 days, we were restricted to our hotel, the softball field and the gym. But a few days before our first game, we finally went to the Olympic Village, a complex of new apartment buildings by the water. There were plenty of safety precautions: dividers in the dining hall, daily testing, masks everywhere. But we could feel the excitement building.

“Two days before opening ceremonies, we arrived at the Azuma Baseball Stadium in Fukushima, a picturesque facility surrounded by mountains, for our first game against Mexico. The match was also Canada’s first event at the Olympics. It was a sweltering, day, and though there were no spectators, there were plenty of volunteers cheering us on. Some of them even hoisted ‘Go Team Canada’ signs to cheer us on.

“When our team took the field, we were calm and confident. We scored two runs in the first inning and didn’t let up. Our starting pitcher, Sara Groenewegen, didn’t give up a single hit. Meanwhile, I was warming up in the bullpen. When I got the call to start pitching in the fifth inning, I couldn’t stop smiling. I ran onto the field, told my teammates I loved them and took the mound. We ended up winning 4-0.

“It felt incredible to start off our tournament—and Canada’s Olympics—with a decisive win. A few days later, we clinched the bronze medal and made history for Softball Canada. I’m proud of the team and our journey together, and I’m grateful for all the love and support from Canadians across the country. It has been an honour and privilege representing the maple leaf and this great sport. I know my four-year-old self would be proud.”