After almost two years of shutdowns, Canada’s Wonderland reopened to the public last week. Restrictions are still in place—the park is running at 25 per cent capacity limit, and guests have to wear face coverings on all rides—but there were still plenty of excited Ontarians driving in from all over the province to enjoy Leviathan, Behemoth and the rest of the coasters. Here, we talk to a few of the people who came out to Wonderland during opening week: 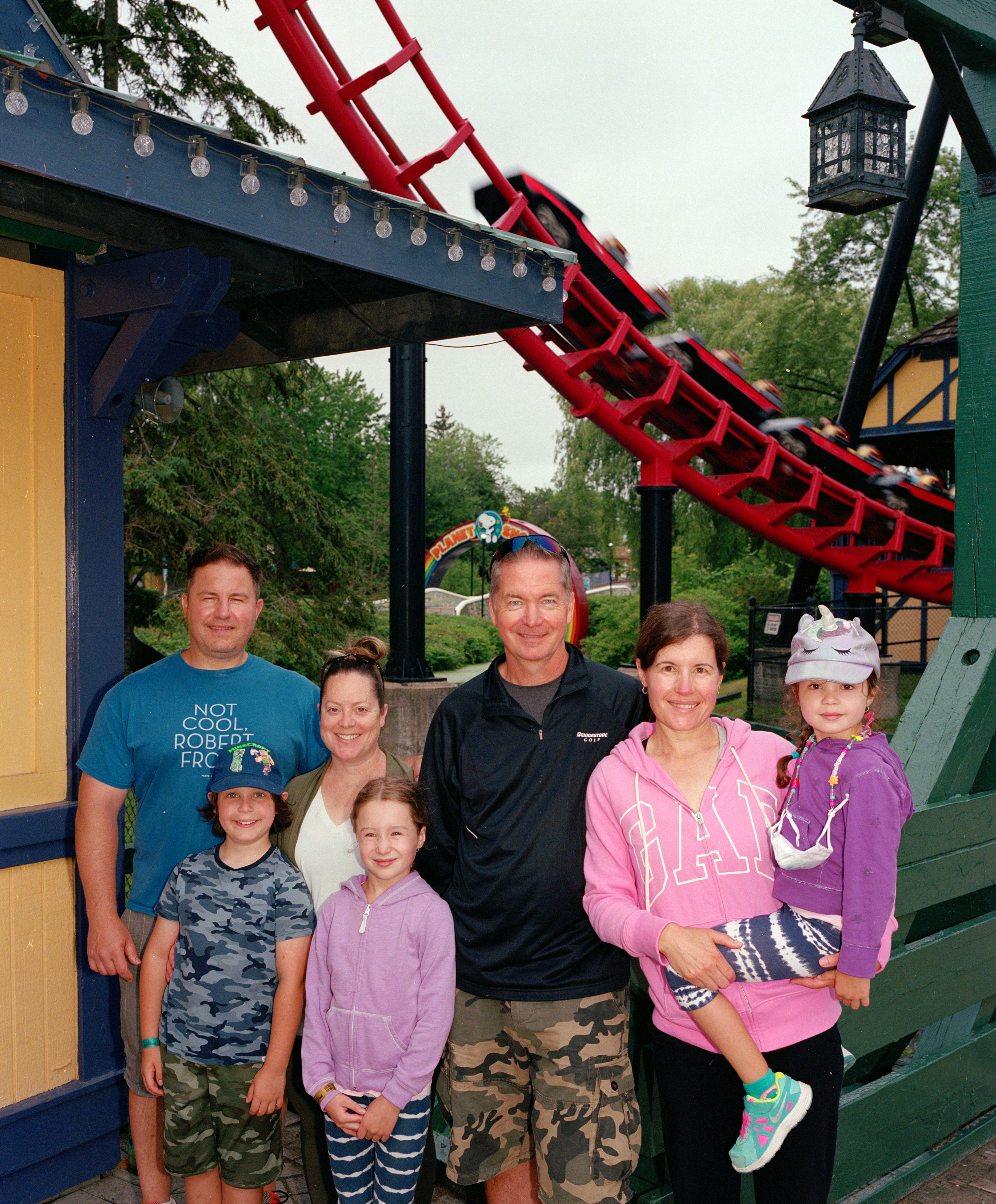 Glenn Marquardt and Shawna Stanleigh, with their son Maxwell; Glenn’s sister Corinna Marquardt and James MacDonald, with their daughters Avery and Kayleigh
Glenn: “My son Maxwell was very excited to be here with his cousins—they’ve been looking forward to it all summer. And one of the advantages of the lowered capacity has been no lineups, so we’ve had the chance to do a lot of the roller coasters. We’ve been on the Bat and the Wilde Beast, and we’re going on Thunder Run next. We’re definitely going to make the most of Wonderland being open again—we’ve already booked three more visits this summer.” 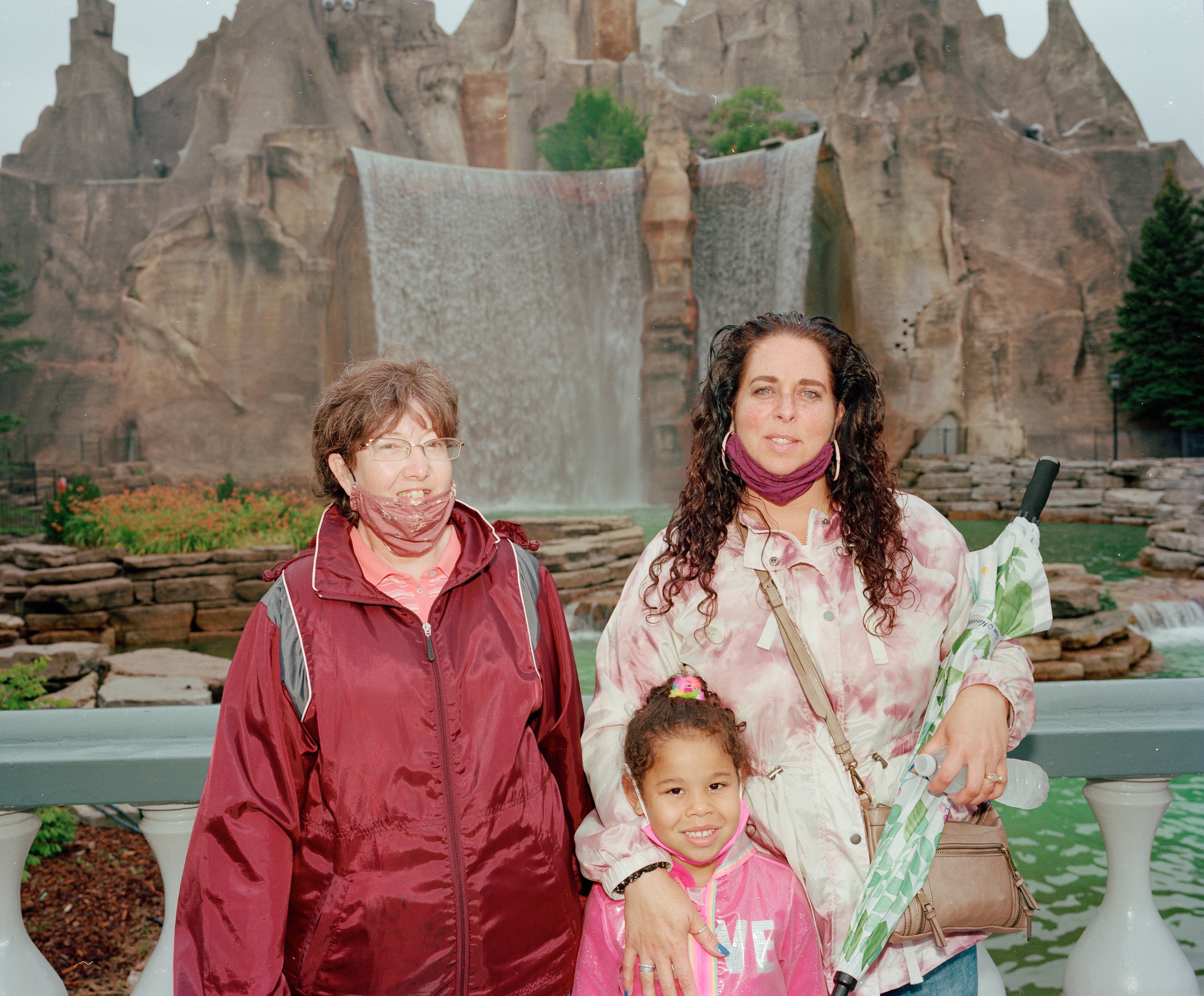 Carrie Crew, with her friend Lisa Harvey and her daughter Alyssa
Lisa: “Today is Alyssa’s first time at Wonderland. I wanted to celebrate her graduation from kindergarten, and she’s looking forward to having some pizza and riding the roller coasters. But the best part of being here is that it gives us hope that things are finally going back to normal.” 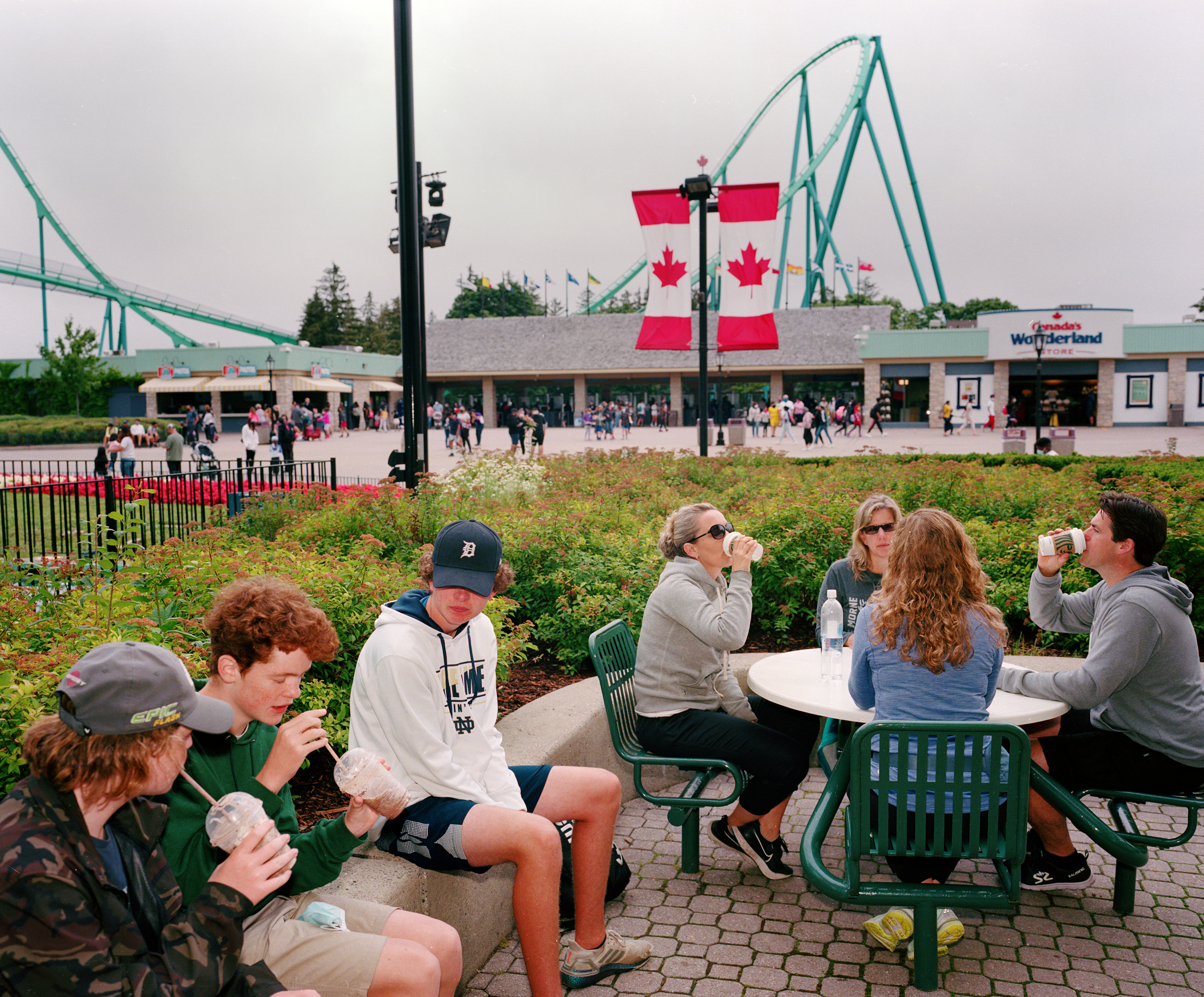 Anthony Caruso and his wife Cecilia Bonnevie, Michelle Jansen-Forbes and Candace Pickering, with their kids Noah Bonnevie-Caruso; Ben Forbes and Andrew Pickering
Michelle: “We’re all neighbours on the same street in Cobourg, and we’ve thoroughly enjoyed being able to simply chat and catch up while our kids go on the rides. Seeing them having fun and running around at Wonderland makes the trek to get here more than worth it.” 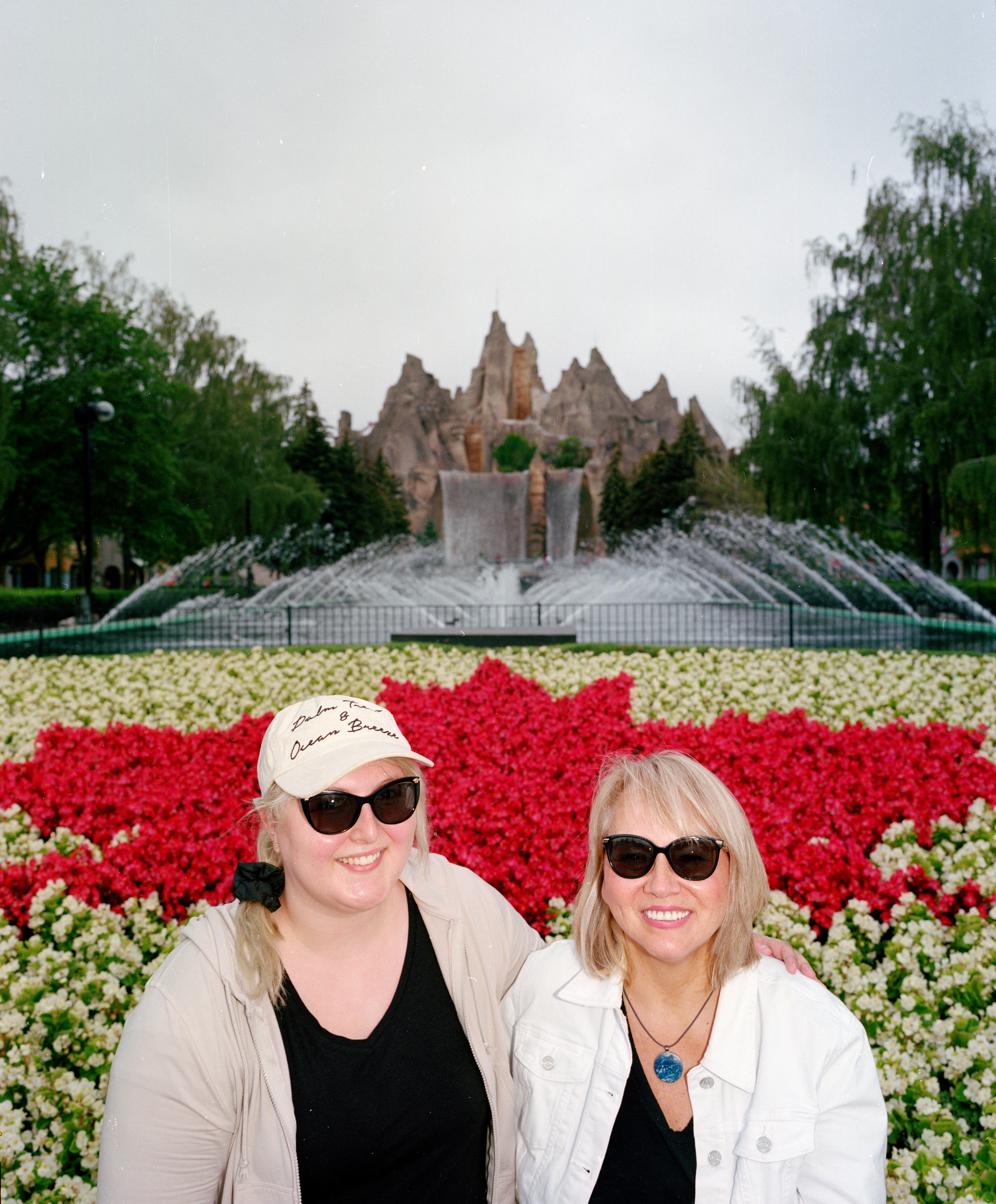 Chantal McDougall and her aunt Deborah McDougall
Deborah: “Today’s my brother Todd’s birthday. He passed away in 2016, and I came from Ajax and his daughter Chantal came from Peterborough so we could be at Canada’s Wonderland to celebrate his life. Over the years, we’d all come to Wonderland together as a family and spending the day here is a wonderful tribute to my brother’s joyful presence in our lives. And we’ve both been eager to ride the roller coasters after being locked indoors for the last year and a half.” 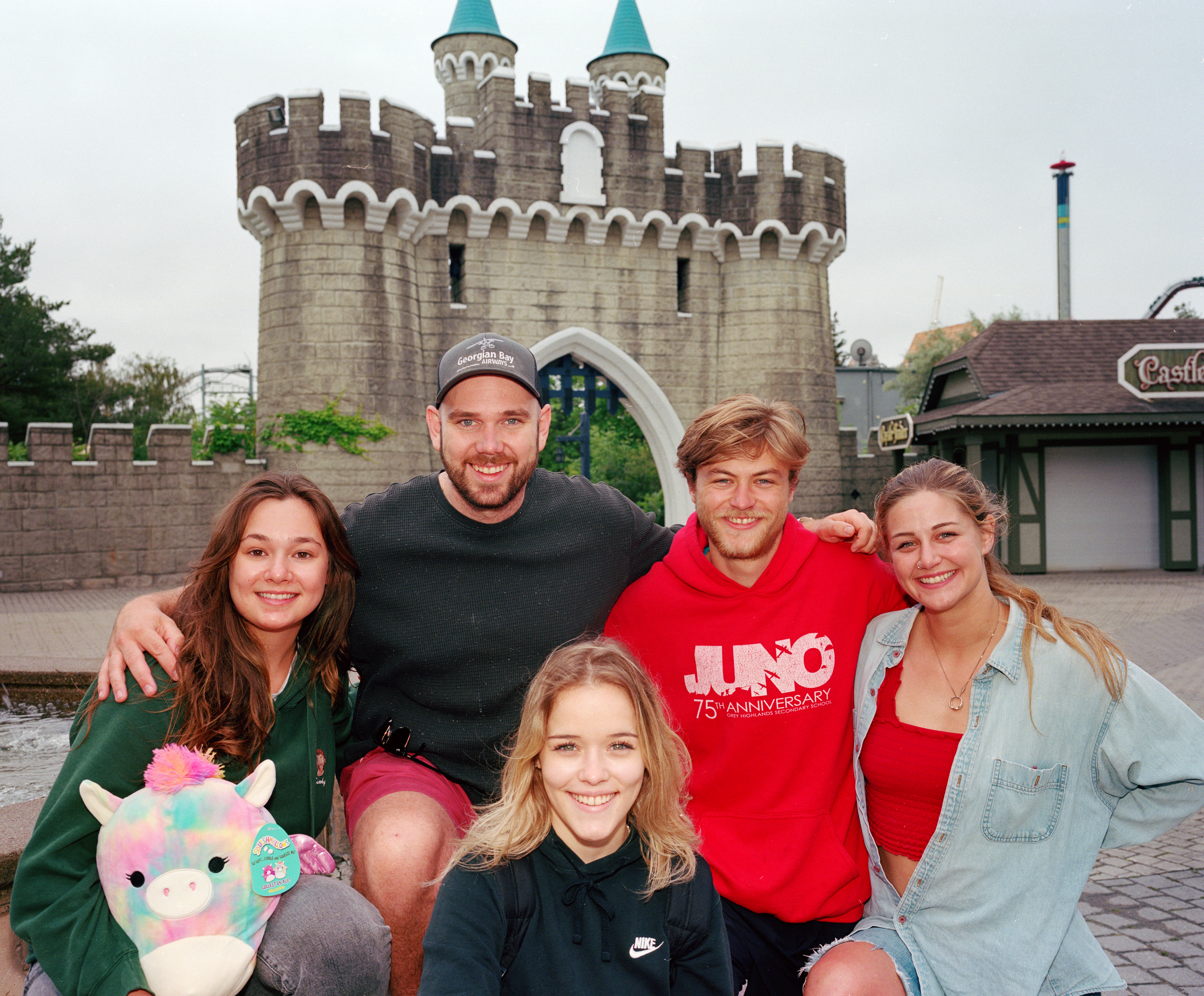 Tim Rankin, his sister Hannah Rankin, Tory Bush, Teegan Murray and Sam Dano
Tory: “We haven’t been here in a very long time, so it’s great to be able to relive some of the memories of our childhood.” 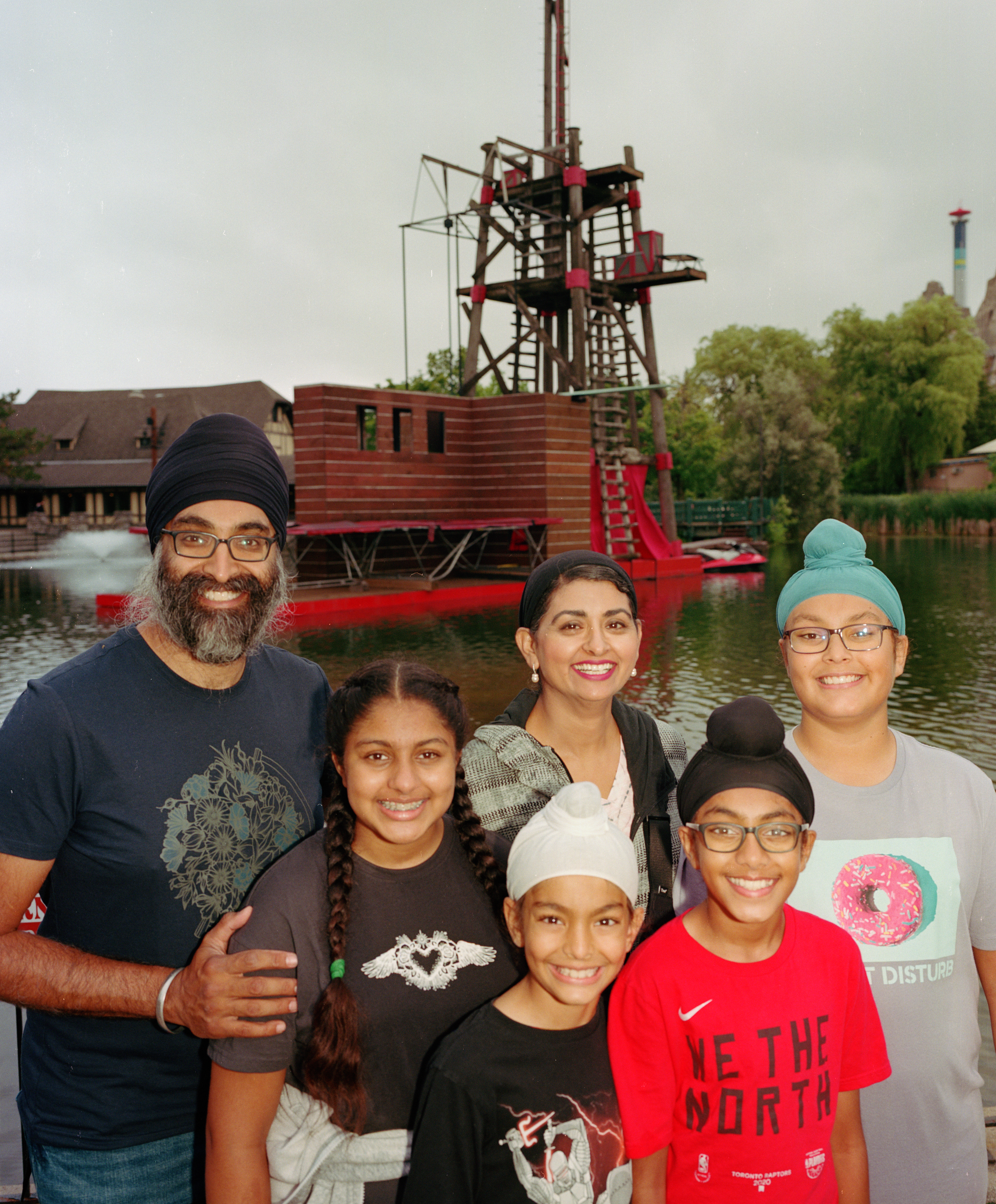 Kulvir Singh Gill and Birender Kaur Gill, with their sons Mohkem Singh Gill and Sahib Singh Gill, their niece Karmen Kaur Hansra and nephew Harvin Singh Hansra
Kulvir: “Like everyone else, we’ve been cooped up inside doing the same thing day in and day out for the last year. It’s nice to do something special as a family. We came down from Brampton and the first hour was pretty magical for us. We sprinted from ride to ride to get it all in, and now we’re going to hit our favourites again. The return to normalcy is something we’re all appreciating. Today’s better than yesterday and hopefully tomorrow’s better than today.” 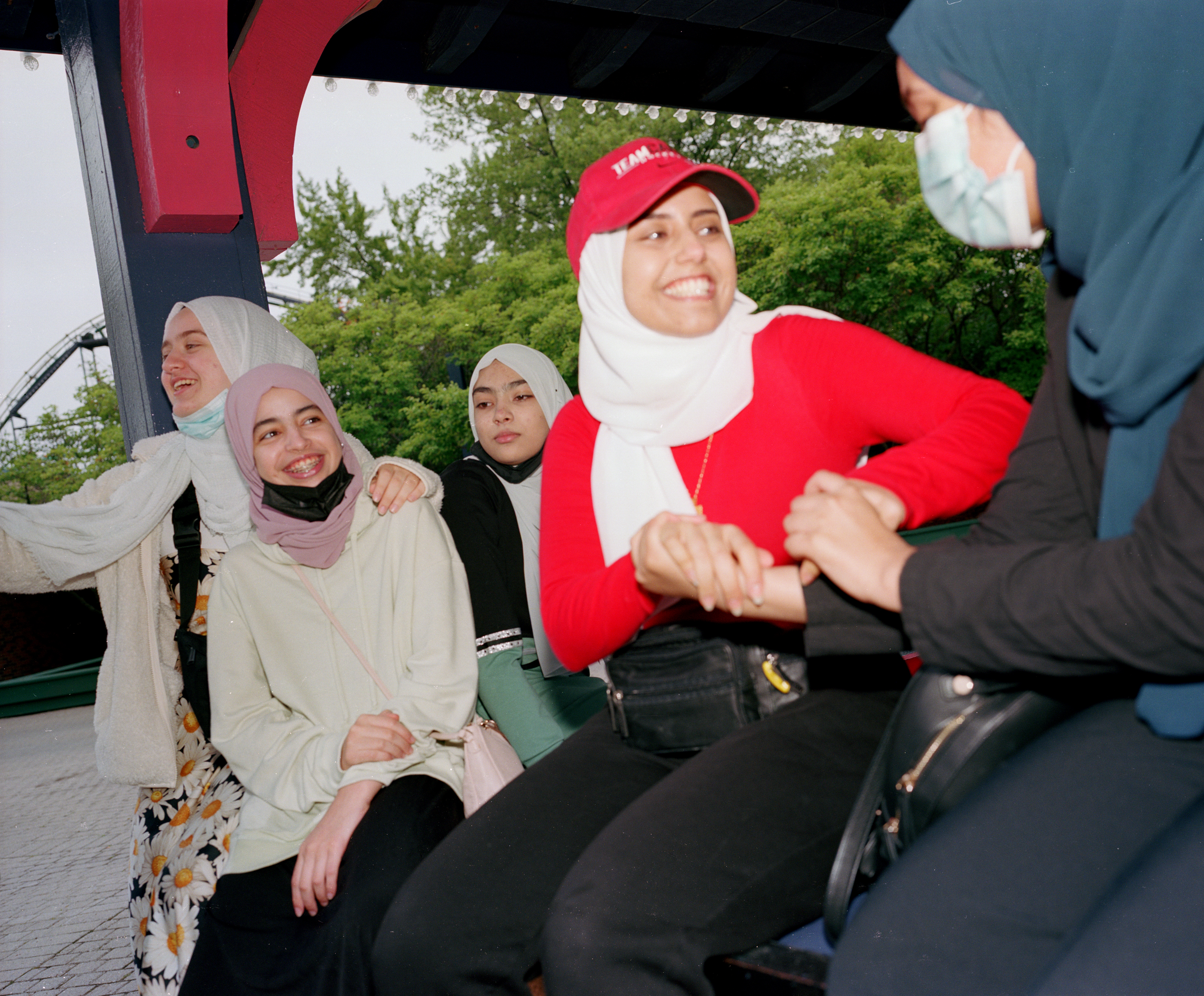 Abrar Motahar (in red) and friends
Abrar: “This is the first time I’ve seen all my friends in almost two years. We all know each other from MAC Al-Furqan School in Scarborough, and we wanted to come out and have fun somewhere. So we figured, what’s a better place to get together than Canada’s Wonderland? We’re looking forward to the big rides, especially since some of us have never gone on them before. But to be honest, just hanging out in line and socializing is great. It’s like a breath of fresh air to be here.”