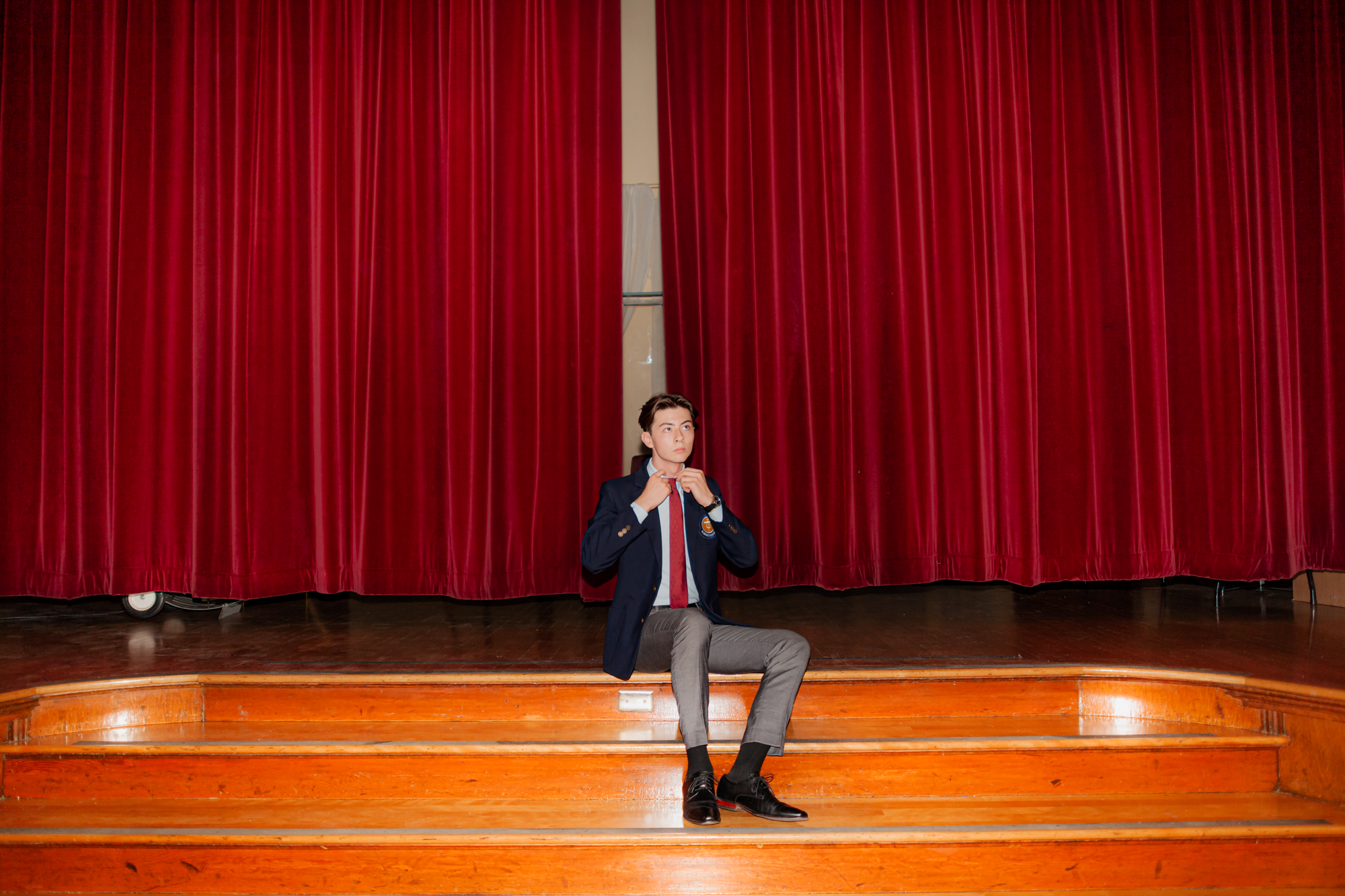 Massimo Kincses, a 16-year-old student at St. Michael’s Choir School downtown, has been studying music and performing in the school choir since he was nine. Here’s what it was like to reunite after a year apart.

“I started attending St. Michael’s Choir School in Grade 4. Academically, it’s just like any other school. But on top of our studies, we’re also classically trained as musicians. We learn music theory, take piano lessons and sing for 75 minutes every weekday, learning the repertoire for weekend mass at St. Michael’s Cathedral Basilica. It’s demanding, but I love it. For me, nothing compares to the feeling of singing in a massive choir. There’s something special about working together to create a full, beautiful sound that you could never achieve on your own. It’s so much more than the sum of its parts.

“One evening in March 2020, the choir performed Mozart’s Requiem for Lent. The concert finished around 10 p.m., and then we piled back into our rehearsal room, eager to grab our hats and jackets and start our weekend. Before we could go, our conductor got our attention and told us not to come to school on Monday because of the coronavirus. We all figured we’d be back two weeks later. Little did we know, that night—a relatively run-of-the-mill concert—would be the performance highlight of our year.

“Like every other school, St. Michael’s switched to online learning. That worked well enough for English, math, sciences and so on. But it’s practically impossible to sing in a choir over Zoom. Because of the audio delay, everyone would be singing slightly out of sync. Instead, we all logged into Zoom from our bedrooms and living rooms and watched our conductor play the piano. We sang along, practising our parts without hearing anyone else. It was empty and strange. Without a mass or Christmas concert to practise for, we were simply keeping our voices warm.

“Within a month or two, the school adjusted to our new musical reality. For one major assignment, we had to record ourselves singing, so I learned how to use GarageBand and Sibelius, a music notation software, and teamed up with a classmate to produce a recording of Pergolesi’s Stabat Mater. It didn’t sound great, but we got a decent mark. To record “I Saw the Lord” by John Stainer, nine of us sang our individual parts into phones or computers and sent in the audio files; school staff then edited them together.

“By that summer, I hadn’t sung in a choir in months. After seven years of singing almost every weekend, there was suddenly a gaping void in my life. The absence really hit me—it felt like something integral was missing.

“That began to change when we started singing together again in September. That fall, the choir rehearsed in small numbers in the school parking lot, wearing singing masks—they extend further from your mouth—and standing six feet apart. When it got cold enough for us to see our breath in the air, we moved indoors. Inside the school’s auditorium, we sang in clear, three-sided booths built from pipes and plexiglass. We called them shower stalls.

“My Grade 11 year feels like one big blur. We switched between in-person and virtual learning more times than I can recall. But I do remember getting an email in the last few weeks of the school year, asking if anyone wanted to volunteer to sing at the cathedral again after such a long time away. I immediately jumped at the opportunity—I’d been waiting for that moment all year. 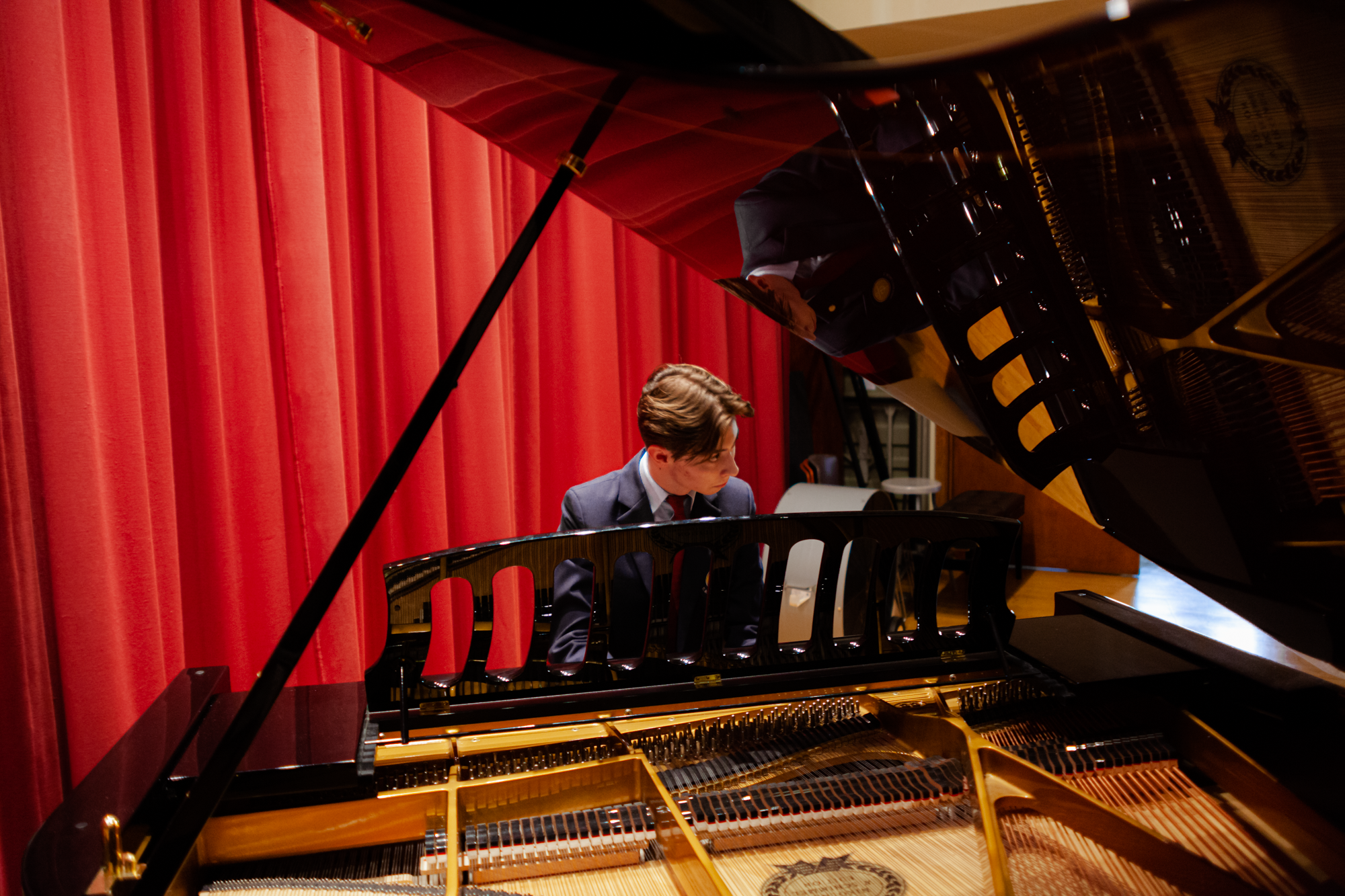 “I was assigned to sing at the Easter Vigil. That weekend, our choir was drastically smaller than usual: 16 singers instead of the usual 60. That was nerve-wracking. Usually, you can count on your fellow choristers to make up for your mistakes, and vice versa. But with so few people singing, everyone had to be perfect. I was also the only person singing my part—if I sang a wrong note, the entire church would hear it.

“It was a strange Easter Vigil for other reasons, too. In a normal year, everyone who attends gets a candle, illuminating the entire cathedral. But this time, when they turned off the lights, we could see only flickers from the 150 parishioners who were allowed to attend, stationed at the end of every fourth pew.

“When the organ started blaring at the beginning of mass, however, my nerves faded away. It was such a thrill to hear our voices echo through the cathedral again. I had forgotten just how beautiful a choir sounds in a space as nice as that. After a year of singing alone in my living room, I was overjoyed to be back.

“Over the summer, I continued singing, albeit not with my usual choir. In past summers, when St. Michael’s takes a break, I’d sung at other parishes across the GTA with a handful of classmates and school alumni. During Covid, we decided to formalize our group and call ourselves The Schola de Beata Virgine. With large choirs out the question because of Covid, the six of us got back together and asked our local churches if we could sing at their masses. We were delighted when they agreed.

“To date, we’ve sung at about 50 services in parishes across the GTA. One of my favourites is St. Leo’s, a small, gorgeous church in Mimico with incredible acoustics. Every time we finished singing a piece, we stood there listening to our voices resonating throughout the church. Parishioners sometimes approach us after masses like these to tell us they’ve never heard anything like it. I guess they missed music just as much as I did.”