Inside Kidco Work, a co-working friendly daycare on Queen West

Inside Kidco Work, a co-working friendly daycare on Queen West

Kids and Company, a Toronto-based daycare with over 120 locations across Canada and the U.S., was founded 17 years ago by two moms looking for more flexible childcare in the city. Now, they’ve opened their first-ever workspace in their existing Queen West location above the Mountain Equipment Co-op. Up to 10 parents can get down to business in the fully tricked-out office while their kids, ages 18 months to 12 years old, can learn basic math and play with puzzles and toys in their own colourful playspace next-door, under the supervision of qualified Early Childhood Educators.

The space was conceived as a way to accommodate the increasing number of parents who work as entrepreneurs or freelancers and don’t necessarily need to go into an office from nine to five. Members must have a child already enrolled in one of Kidco’s programs, even if it’s just one day a week, and the fee is an added $200 per month on top of what they’re already paying for Kids and Company childcare. Here’s a look inside the new space.

There are a range of places for parents to work, including cubicles, large tables and comfy lounge chairs. There’s also a private phone booth for taking calls: 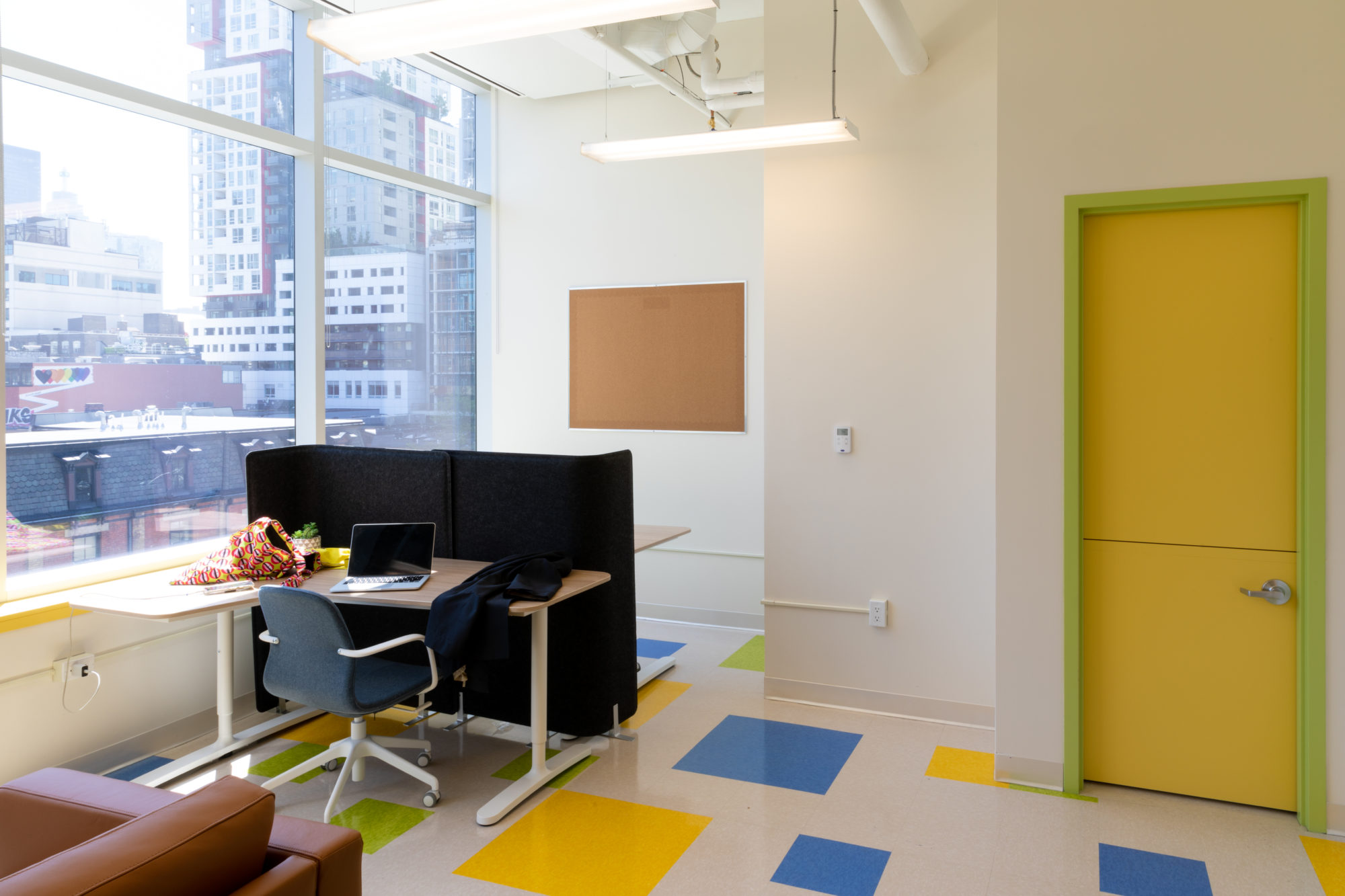 The space gets a ton of natural light: 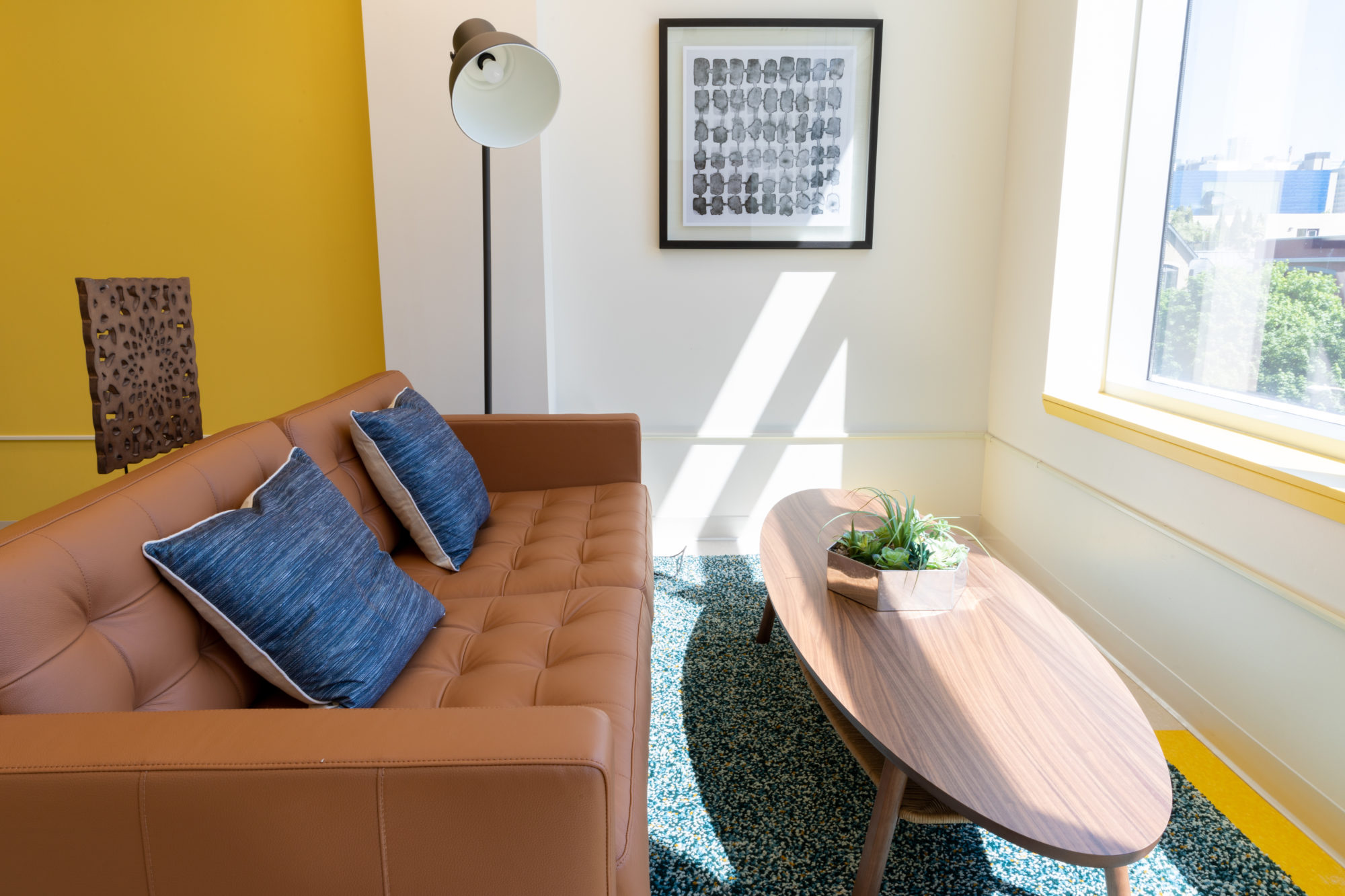 This area is a designated kid-free zone, but parents can pop over to see their kids whenever they like: 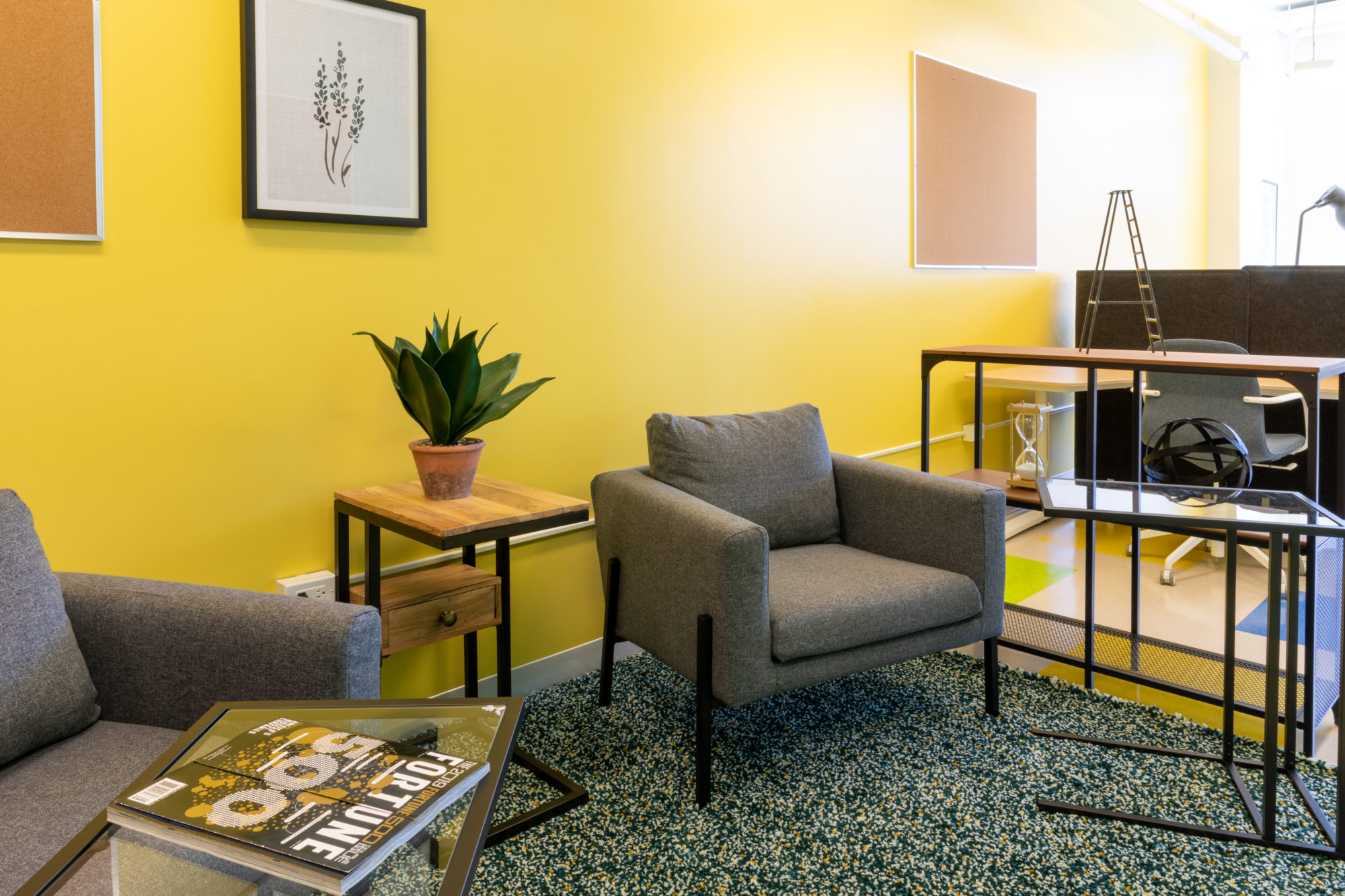 Here’s one of the classrooms. They’re all staffed by early childhood educators: 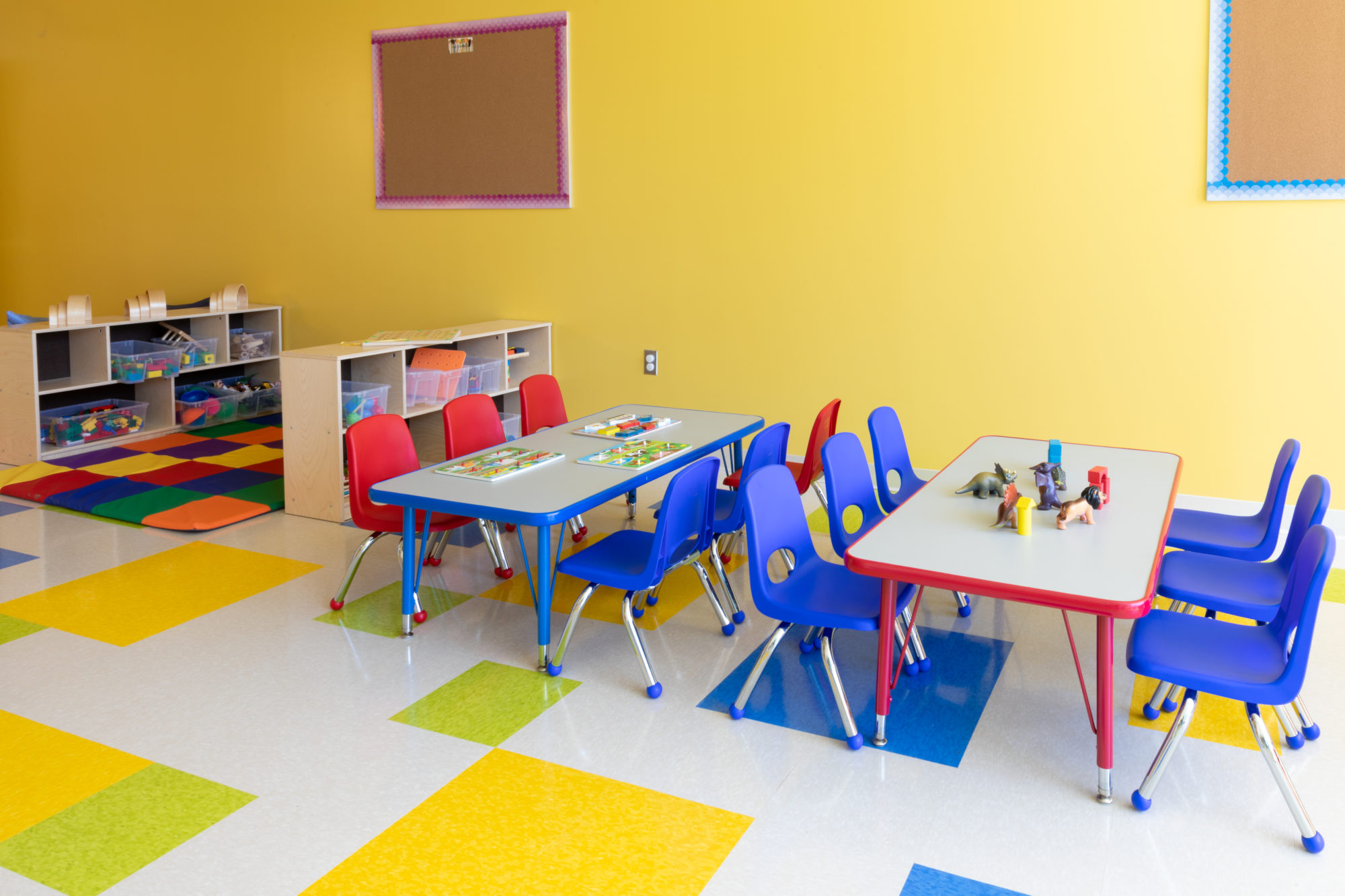 The views aren’t too shabby: 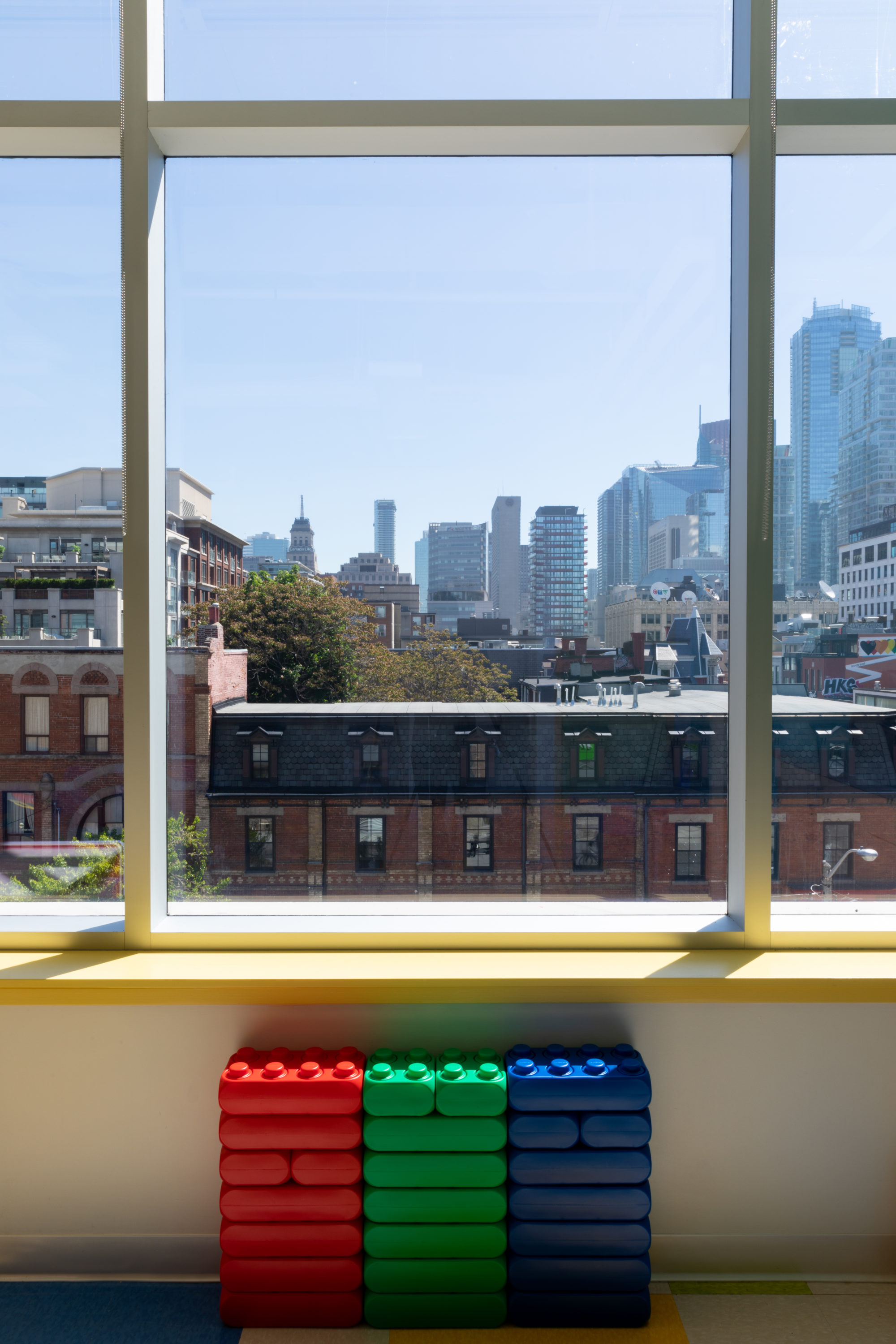 The program is especially great for mothers returning from maternity leave who still need to nurse, or freelancing parents who struggle to get work done at home: 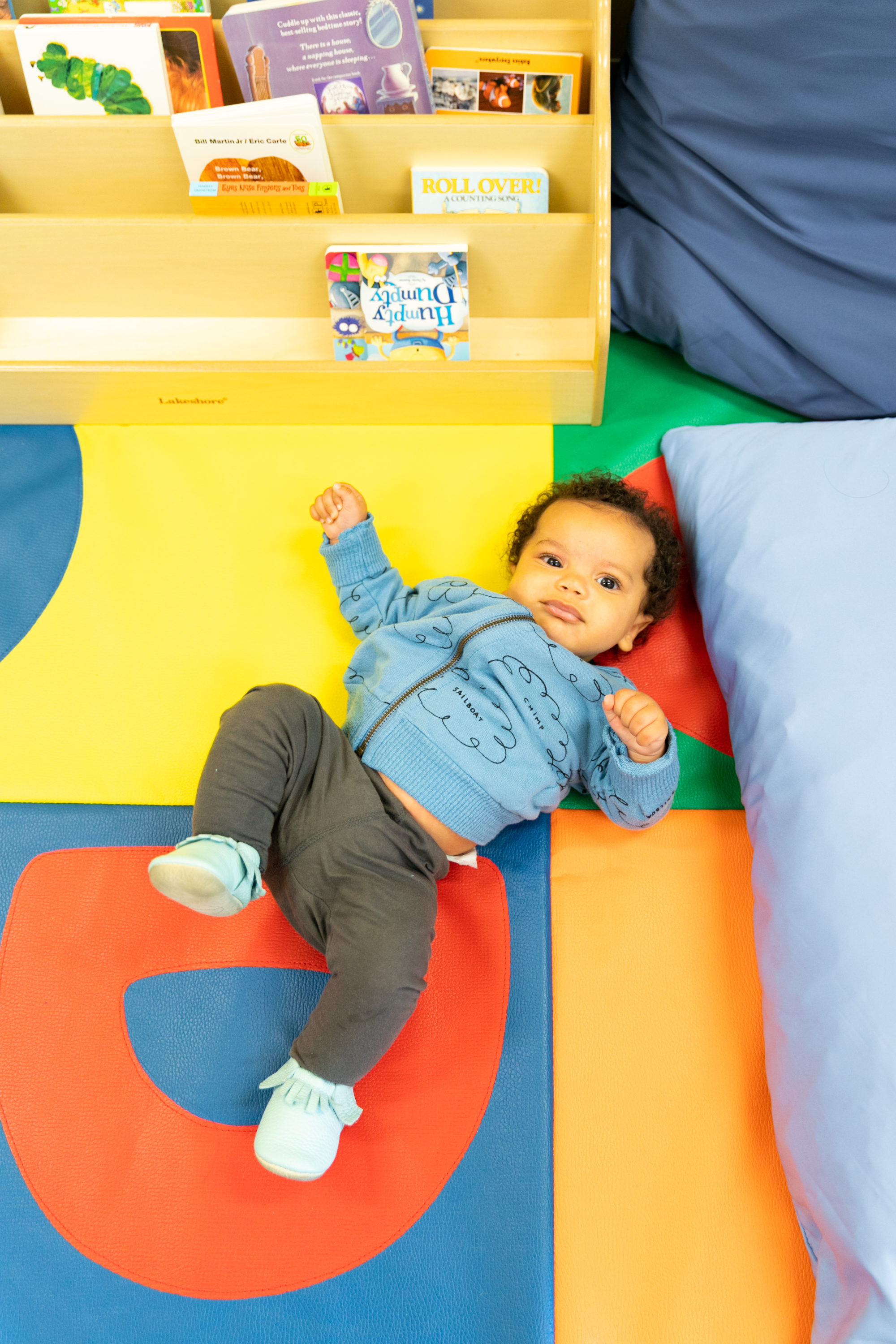