Inside the Colour Club, a new psychedelic rainbow pop-up salon

Inside the Colour Club, a new psychedelic rainbow pop-up salon 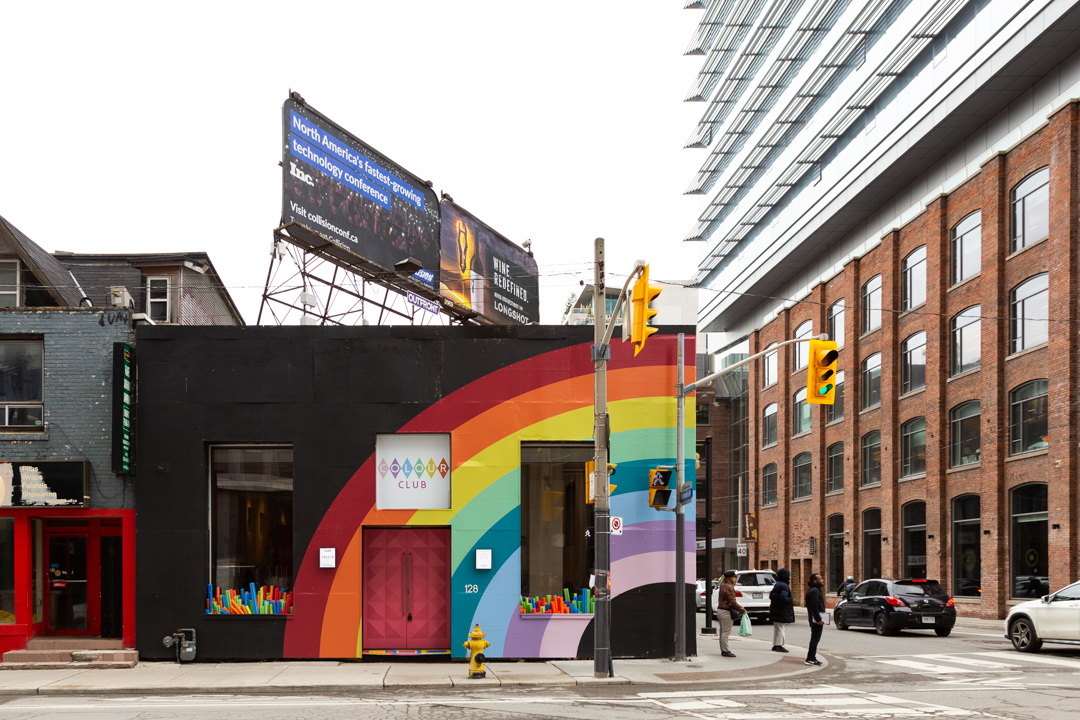 The Princess Margaret Cancer Foundation is kicking off their colourful new campaign, where visitors dye their hair a bold hue for cancer awareness, with a pop-up beauty parlour at Peter and Richmond streets. The space was designed by artist, HGTV host and coloured-hair enthusiast Tiffany Pratt. It’s a giant rainbow beauty salon filled with various booths (Pratt calls them “colour altars”) and accessories meant to give visitors a dose of colour therapy. Here’s a look inside the space.

The entranceway is filled with kaleidoscopic flower arrangements: 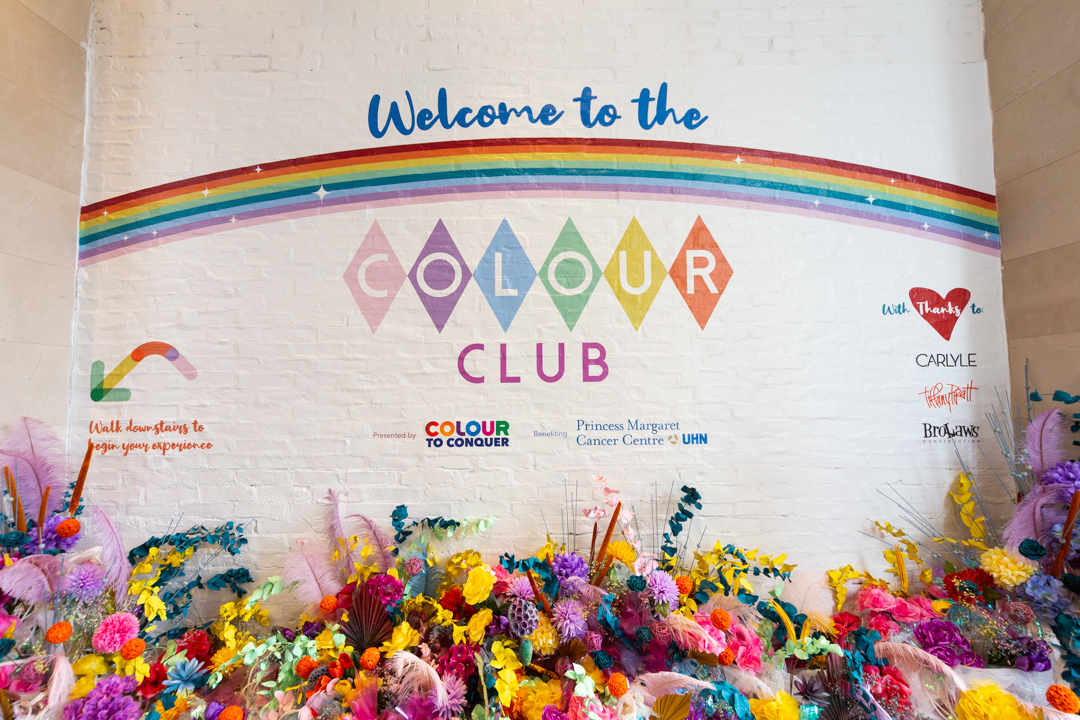 Here’s the rainbow beauty salon. Pratt and her team built the colour booths in 10 days: 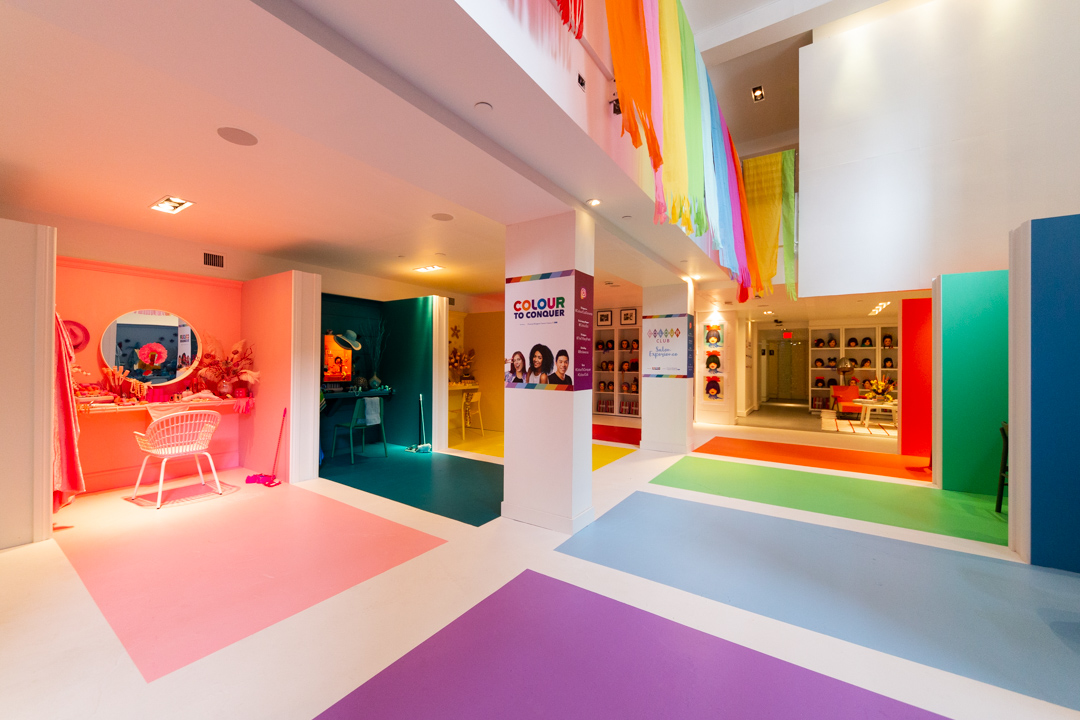 Each booth has a vinyl hairstyle pasted onto the mirror so people can test out different looks, and each colour represents a different character. This pink booth is for the girly girl: 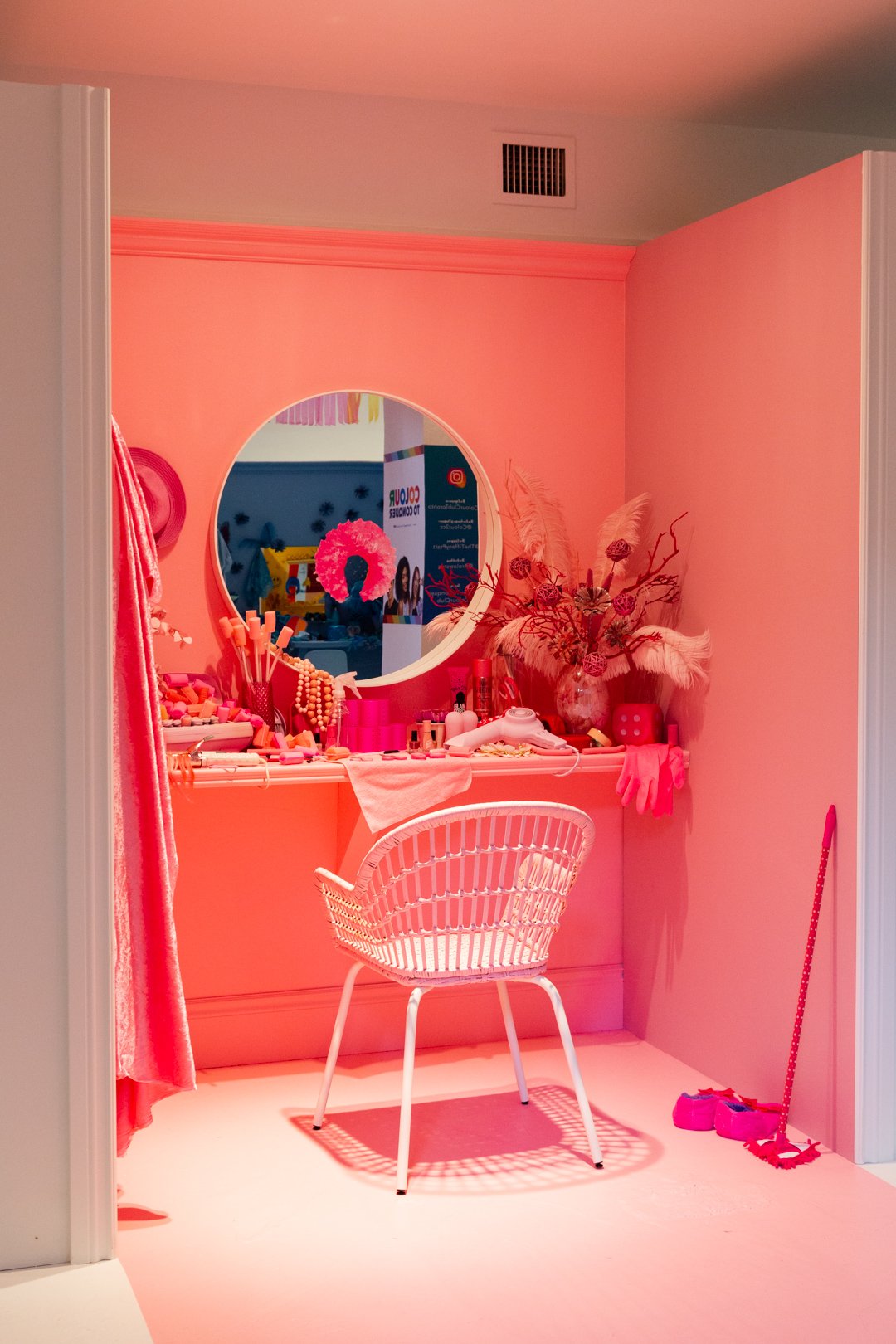 The orange booth channels Ziggy Starudst. Everything in each installations is glued to the table, but visitors can try on different styling capes. Here’s Pratt testing out the Ziggy booth: 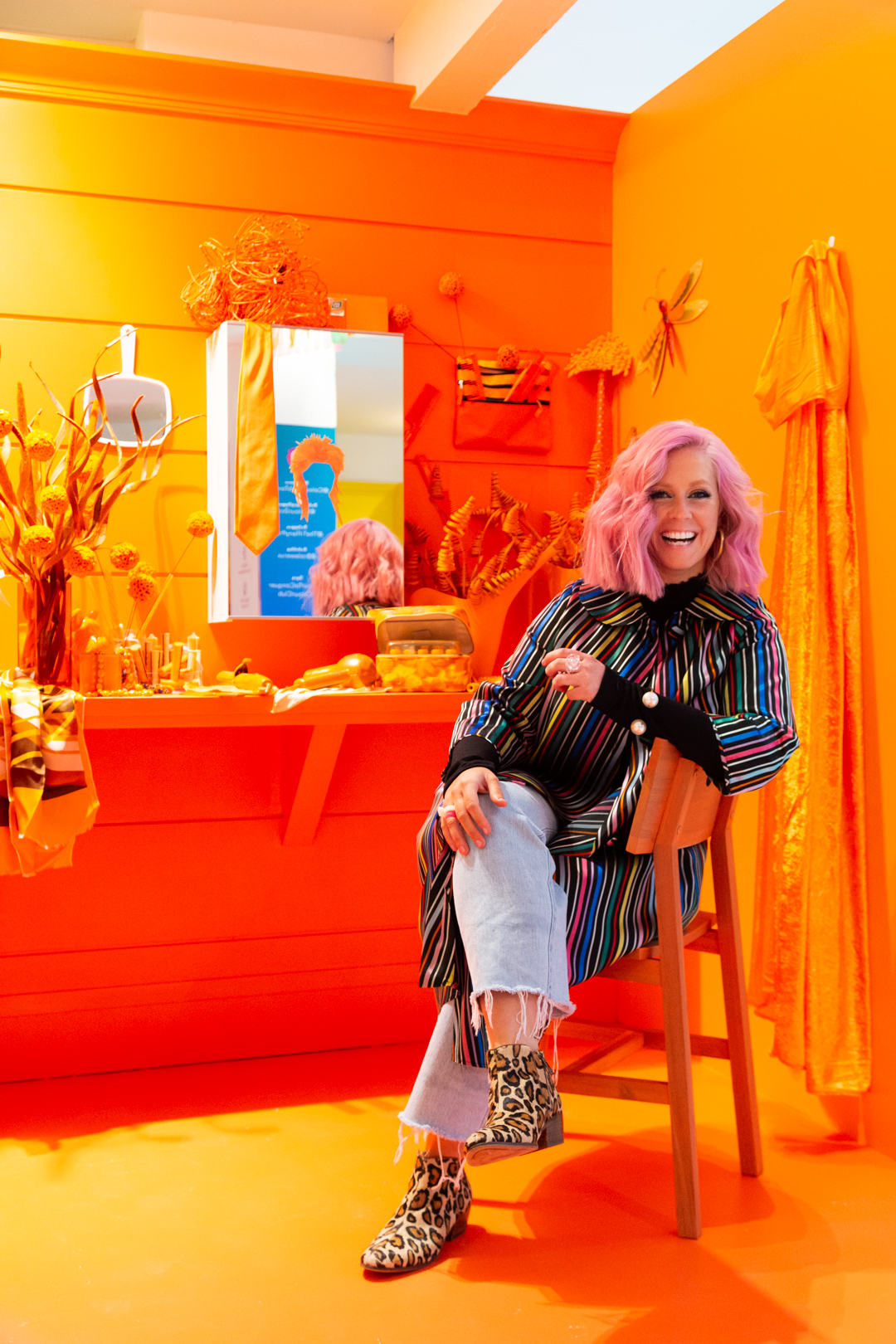 The green station was inspired by nature and the powder blue by Pratt’s grandmother. “She was a clean freak, so this one is a little more precious and old-timey,” she says: 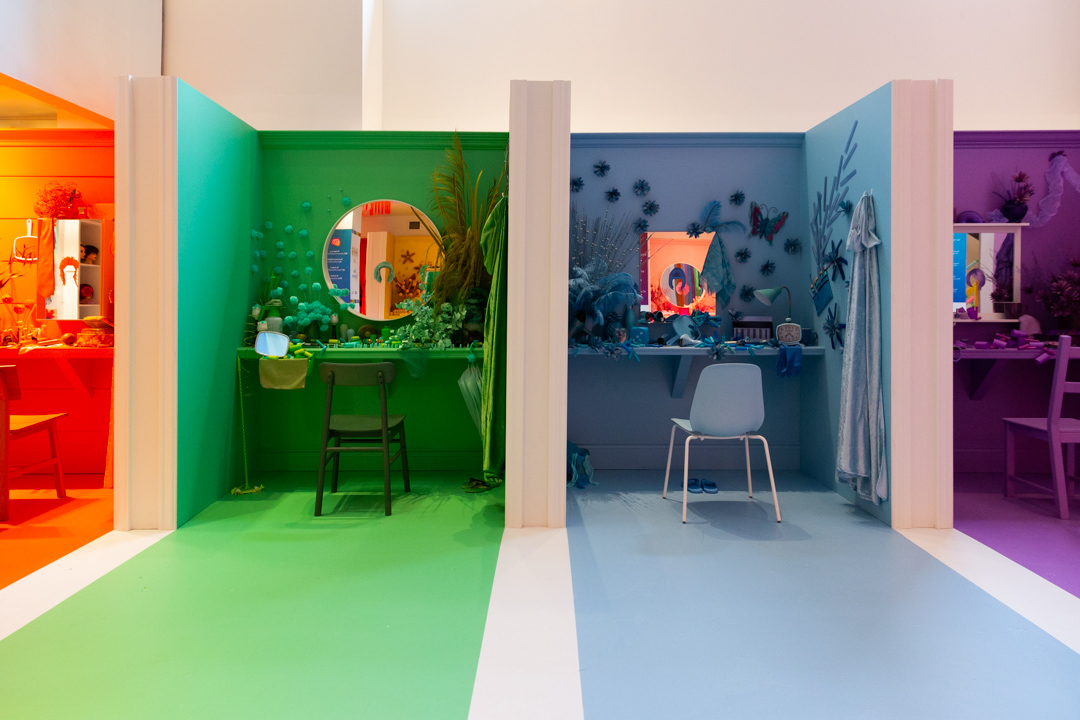 The red station is vixen-themed: 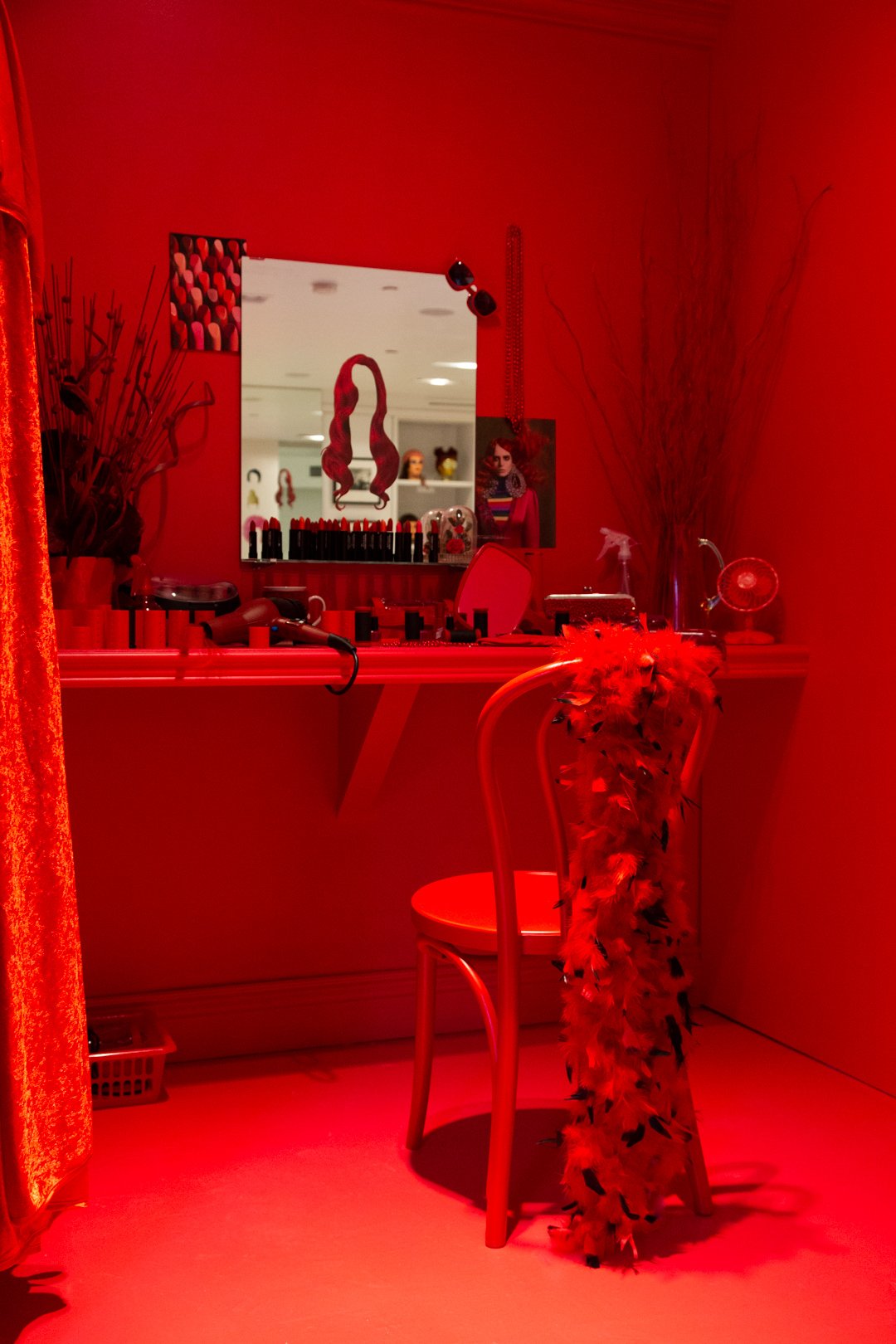 This waiting room was inspired by drying stations at old-school salons: 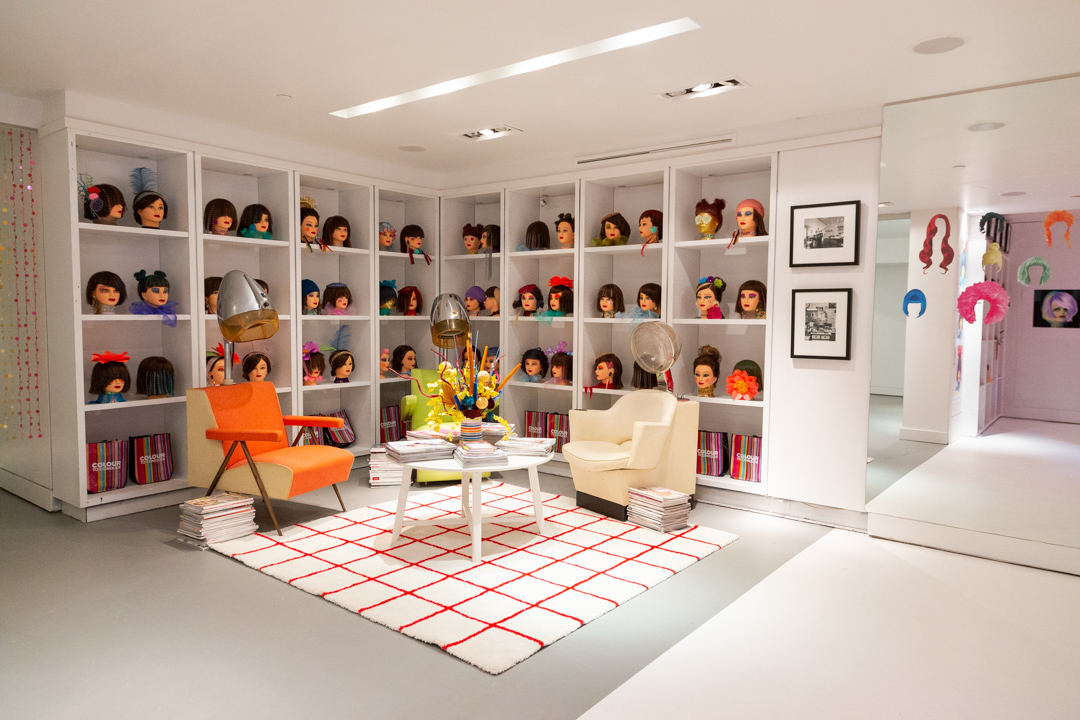 Pratt spent two days driving around to pick up chairs and dryers from Kijiji sellers: 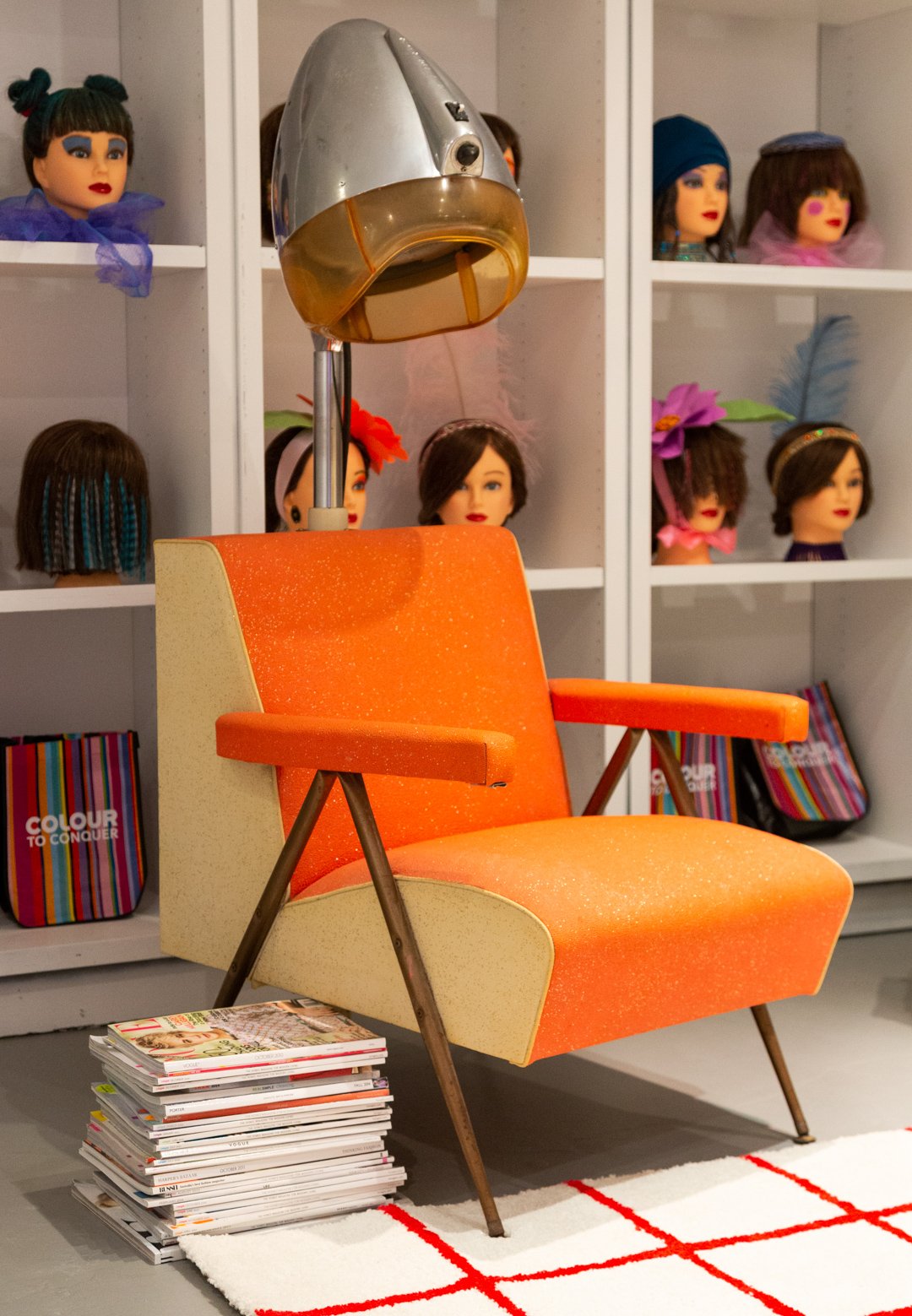 She spent another two days cutting, colouring and styling 80 mannequin heads, which were donated to the Colour Club. She also did their makeup: 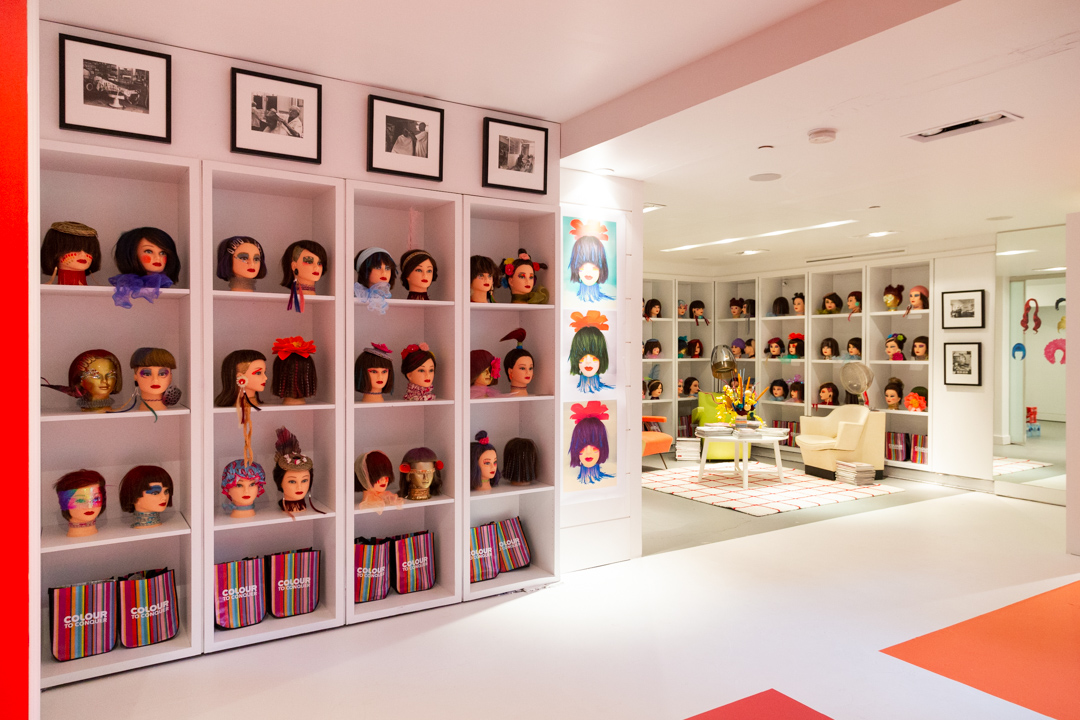 Pratt sourced some art from photographer Charlotte Forbes, who shot a series on old-school salons in Toronto and Cuba: 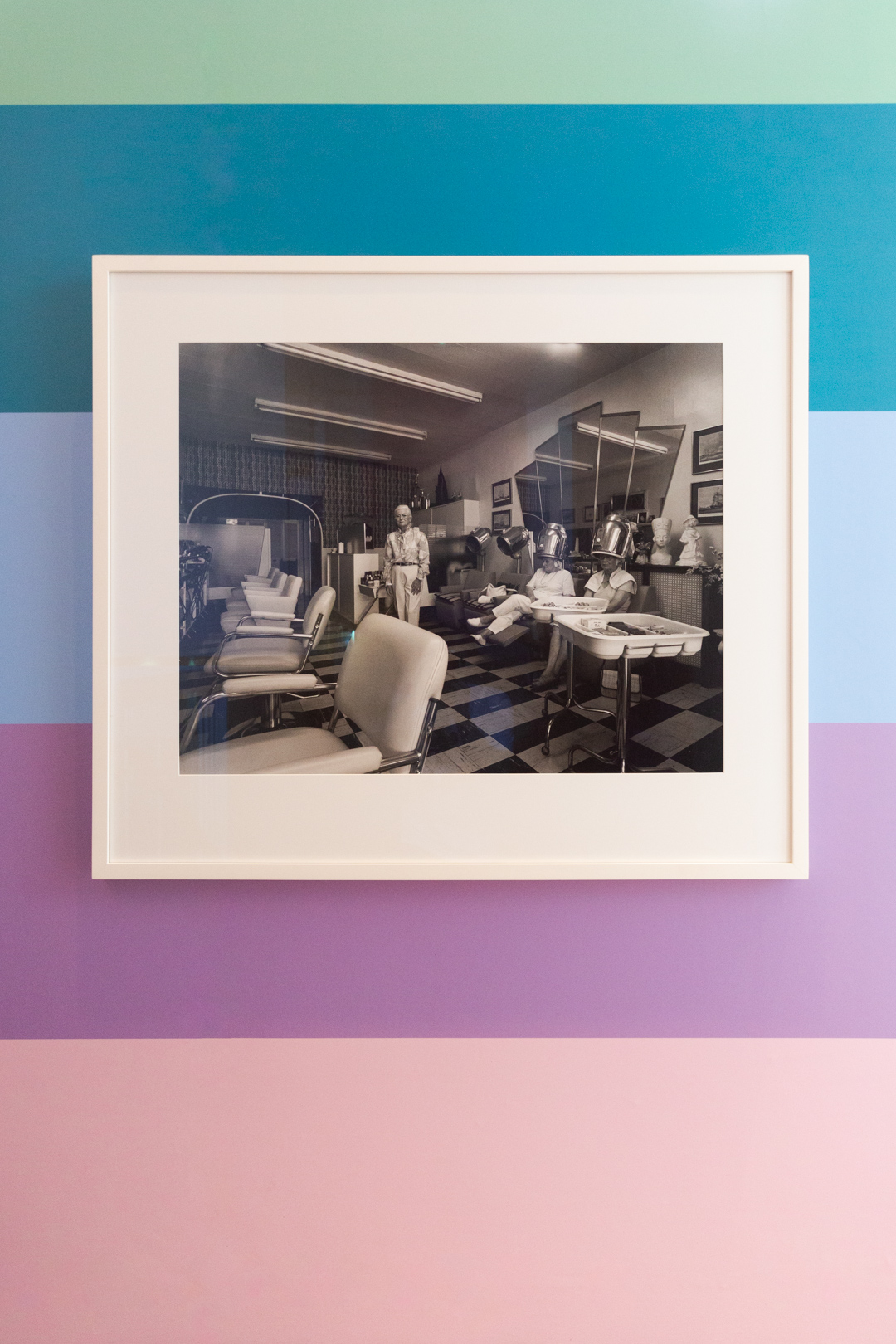 The rainbow stairs lead up to an information centre, where people can find out more about the campaign: 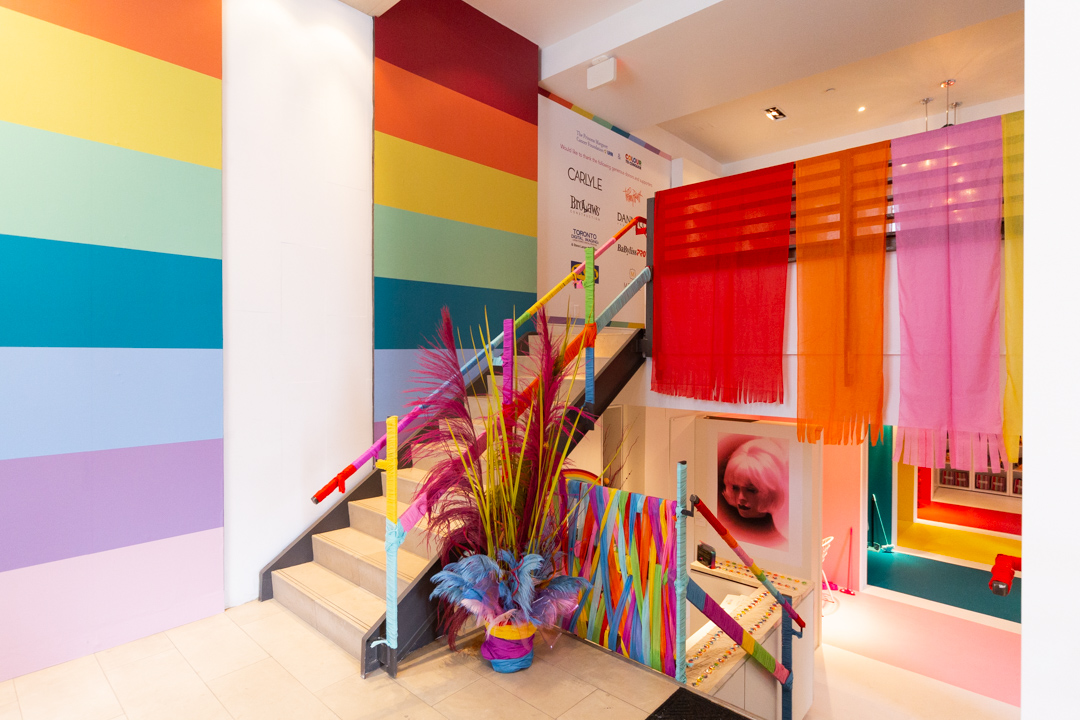 Visitors can even test out some temporary spray-on hair dye: 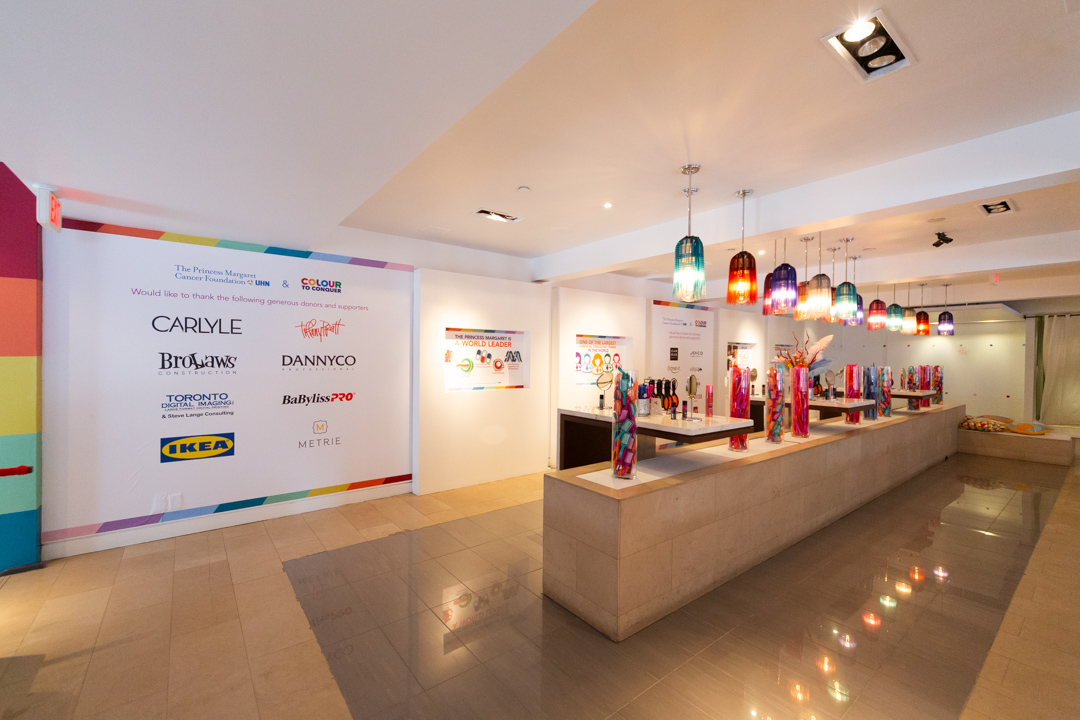 The Colour Room runs from April 17 to 27 at 128 Peter Street. Entrance is by donation and all proceeds support the Princess Margaret Cancer Foundation.