“I lost 80 per cent of my business in 48 hours”: A Q&A with Joe Rutherford, the Toronto dog walker fighting for a rent freeze

“I lost 80 per cent of my business in 48 hours”: A Q&A with Joe Rutherford, the Toronto dog walker fighting for a rent freeze 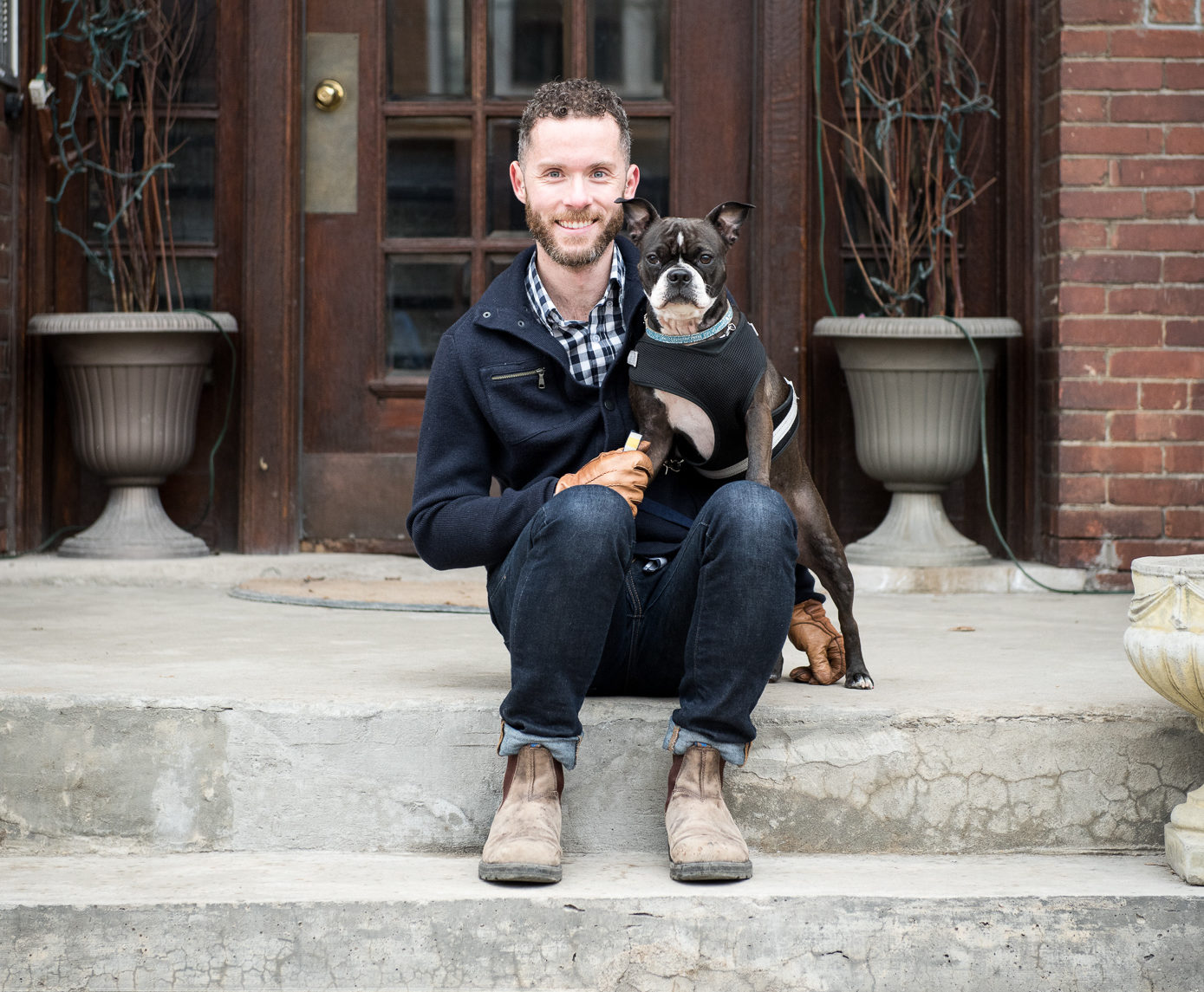 Renters make up almost half of the city’s households, and after widespread job losses due to the coronavirus pandemic, many are worried they won’t be able to pay up come April 1. It’s a fear Joe Rutherford understands firsthand as a renter and small business owner: his dog-walking business has been decimated in the last 10 days. Last week, Rutherford launched a petition calling for the government to freeze rent payments. Today, the document has been signed by more than half a million Torontonians and counting. Rutherford spoke to Toronto Life about his new life as an unlikely activist and why renters and landlords need to be on the same team.

A couple of weeks ago, you were Joe the dog walker. Now you’re Joe, working-class hero. What’s that like?
It’s been crazy getting support from so many people. My email is easy to find online, so I’ve received a lot of encouraging messages. I’ve never been a particularly political person. It was sort of an accident. My partner, Tyler, and I are renters in Riverdale—we pay $2,000 per month for a one-bedroom—and we run a small business, so we were hit immediately by the Covid-19 crisis.

How has it affected you?
I lost more than 80 per cent of my business within 48 hours at the beginning of last week. And I get it. Many of our clients are working from home, and with everyone worried about money, dog-walking becomes a frivolous expense. We do have a few clients who are still using us—mostly older people who have mobility issues or who are staying in because of Covid-19—as well as a few regular clients who are paying us even though they’re not using our services, which we appreciate. We employ six part-time workers; we’re spreading out the remaining work so that everyone can have a bit of income. And I’ve been topping them up a little bit out of my own pocket, but that’s not something that can last.

What inspired you to start the petition?
I went online looking for a movement I support, a petition I could sign. I couldn’t find one, so I made one myself, calling on the government to mandate the suspension of rent and mortgage payments.

Did you expect that your petition would take off the way it has?
No! The petition launched last Sunday. My friend was the first signee, and my mom was the second. I knew we would get some support because so many people in my community are dealing with this and talking about it. But when we got 15,000 signatures in the first 24 hours I was pretty blown away.

And as of this morning you have more than 600,000. That’s a huge chunk of the population. Do you have a plan to leverage the support?
The first purpose of the petition was to raise awareness, so that has definitely been a success. This week, I am meeting with my MPP, Peter Tabuns, to talk about next steps. I hope the provincial government will pass some kind of emergency legislation to support renters.

What specifically would you like to see happen?
I’m not an economist and I’m not a political expert, but we’d like to see our provincial government and our financial institutions take actions that will help shoulder the burden for renters. One idea that makes sense to me is to freeze rent and have the government subsidize losses incurred by landlords. That solution seems like a good one because it’s helping everyone rather than pitting landlords and tenants against each other.

Last week, Canada’s six big banks announced plans to allow homeowners to defer mortgage payments. Isn’t that a step in the right direction?
I guess it’s a sign that this problem is being taken seriously, which is good. But mortgage relief only addresses half of the problem, and it helps the people who are often in a better financial position than renters. In Canada, we like to talk a lot about social safety nets, but what does it say that the people who are being protected are the ones with collateral? It seems especially cruel when low-income people are suffering the worst and most immediate consequences of the Covid-19 outbreak. When you look at people who work in the restaurant industry, the arts, gig workers—these are the people who are suddenly without a source of income. The mortgage deferral is an example of our government prioritizing the needs of the one per cent.

Not all landlords and property owners are one-percenters though.
Oh, absolutely I get that. A lot of landlords are small business owners, too. They count on rental payments to pay their mortgages or as a source of income. That’s why it’s important to come up with a solution that considers everyone’s needs.

On Friday, Doug Ford announced that anybody who couldn’t pay rent wouldn’t be evicted. Isn’t that more or less the same as a freeze?
It’s not, and here’s why. If you’re a renter and you have to tell your landlord that you can’t afford to pay your rent, that’s an intimidating position to be in. Sure, your landlord can’t evict you—at least not for now—but they can be difficult or degrading. Our government needs to take the lead so that renters don’t have to justify holding on to what little money they may have.

Ford also said he’ll do whatever it takes to protect Ontarians. Does that inspire confidence?
I definitely haven’t been a Doug Ford fan in the past; I have a lot of friends who work in the education sector, let’s put it that way. But, you know, he’s done a pretty good job about reassuring people and showing support. So that’s the good part. But we need more than support. We need action. So we’ll see.

An organization called Parkdale Organize! has started a #KeepYourRent campaign, telling renters not to pay on April 1 regardless of whether they have the money. Is that the right tactic?
You know, a few days ago I was thinking that my partner and I are lucky to have some savings, so we would be able to pay. But now I’m not so sure. Who knows how long this will last and if I’ll need that money in the future? The other thing is the idea of solidarity, and that makes sense to me too. What I’m hoping is that our government will step up with a solution.

Last question: you have two dogs. How are they coping with life in isolation?
They’re doing great. Their routine hasn’t changed because we’re still walking them and taking them to the park. Our dogs—Patti and Scooter—are mother and son. They’re both hound-dog mutts. We adopted Patti from the humane society and, to our surprise, she was pregnant. She had two pups. We kept one and gave the other, Pony, to our close friends in St. Catharines. Normally we get the dogs together to play, but we haven’t been able to do that with everyone on lockdown. We tried to FaceTime, but it didn’t work. We held laptops up to their faces, but the dogs were totally uninterested.