“I had clients offering to pay cash under the table”: This woman petitioned the government to declare dog-walking an essential service

“I had clients offering to pay cash under the table”: This woman petitioned the government to declare dog-walking an essential service 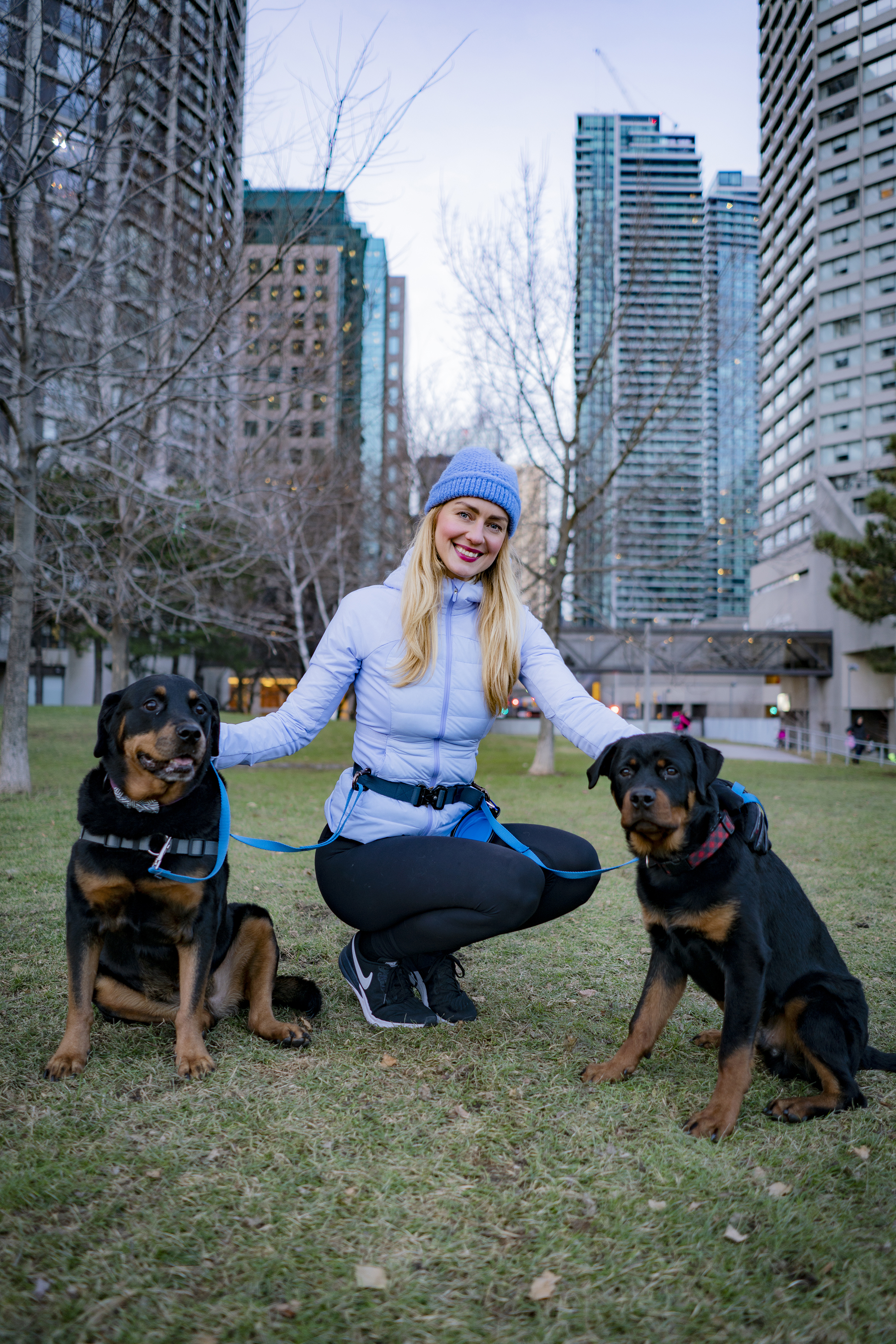 Earlier this week, the province reversed its ban on professional dog walkers during lockdown—a decision due, at least in part, to the efforts of one local paw patroller. Intent on serving her canine clients, We Wag Toronto owner Nicola Smith launched a petition last week calling on the government to consider the health and safety of the city’s four-legged citizens. Here, she tells Toronto Life about why dog walkers are more essential than ever, why she was unwilling to abandon her front-line clients and how humans aren’t the only ones dealing with anxiety overload.

Of course dogs need to get out, but with so many people at home right now, can’t most dog owners just walk their own pets?
The people who think so probably don’t have dogs at home. The reality is that most of the people who work from home are busier then ever balancing work with child care. They’re doing online meetings, they’re trying to help their kids with remote learning and their dog is doing zoomies around the house because nobody has time to take him out. Those are the kinds of things I’m hearing from our clients. And then, of course, there are clients who can’t be home because they are working on the front lines.

Do you have a lot of clients who are front-line workers?
Yes. I have one client who is a nurse at SickKids and is sometimes away from home for 14 hours. She has a German Shepherd mix who is a rescue and takes medication for anxiety. If he doesn’t get walked, he won’t stop barking. This client lives in a condo, so it’s also about making sure that she doesn’t get evicted. She was absolutely furious when dog walkers got shut down. She told me she wrote a letter to Doug Ford asking how in the world she was supposed to go to work if nobody could walk her dog.

What happened when lockdown began?
Even during the shutdown I continued to walk dogs for doctors and nurses. I just couldn’t abandon them. I have another client who is a doctor at Toronto Western. He has a nine-month-old large breed who could walk every hour of the day and he would still want more exercise. If he was left inside all day he would probably destroy everything in sight. The owner has been so kind and so grateful. He sent me a message yesterday thanking me for my service, which was extremely touching. I mean, this guy has been going into a hospital for the last 10 months.

What about the clients who aren’t medical workers?
We had to stop offering them service as of Boxing Day, which was incredibly hard. When we closed down during the first lockdown last March, everything was so new and there was so much uncertainty. Most of our clients were cancelling on us. This time it’s different: they were begging us to keep going. I had clients offering to pay me under the table. I had to cancel service for one client who is an elderly lady with a large dog. She lives alone, so he’s her companion. He makes her feel safe, but she can’t walk him the way he needs to be walked. Telling her we couldn’t come anymore was brutal.

Was that what prompted you to start the petition?
The idea came when I saw a similar petition for dog groomers who had been shut down. I signed it and shared it and then I thought, wait a second—we can do this too. I had no idea how successful we would be. I posted a little over a week ago, and by yesterday we were up to almost 5,600 signatures.

Have you made any changes to ensure that you’re operating safely?
Since the spring, we’ve been totally no-contact—we do curbside pick up and drop-off. People leave their dogs on the porch or the backyard or in the hallway if it’s a condo building. We use our own leashes that we wash regularly, and we’re wearing masks and physically distancing when we’re on the job.

Dog ownership has spiked during the pandemic. Has that been good for business?
We are still only at about 50 per cent of where we were before the pandemic, but we do have a lot of new clients who have gotten dogs over this period and who rely on our services. These dogs in particular have been exhibiting a lot of behavioural issues. They are so used to being with their owners that they freak out whenever they’re separated. I have clients telling me that they can’t go to the bathroom without their dog having a full-on anxiety attack.

And what’s going to happen when those owners finally go back to work?
That’s one of the reasons our service matters. We do dog-walking, but it’s more than just exercise—it’s socialization, it’s structure, it’s routine, it’s being with humans other than your owner.

Do you have dogs of your own?
I have a one-and-a-half-year-old Rottweiler named Tyson. He’s doing pretty well, partly because he gets to spend so much time with other dogs when I’m at work. I lost my Rottweiler Lila a couple of months ago, which was so hard. It’s losing a member of your family. Dog people get it, and some of my clients were so amazing. One commissioned a portrait of Lila for me, which was just so touching. It definitely makes me feel like my work is valued.

Speaking of work—you can get back to it! Do you think your petition was responsible for the government’s decision?
I don’t know, but it put a spotlight on the issue. Honestly, there is still a lot of confusion. But the Ministry of Health has given us the go-ahead, and that’s good enough for now. I’m just so relieved to get back to work and to help my clients during such a difficult time.

Do you mean the dogs or the humans?
Ha! I guess both. But I’m definitely my happiest with the dogs.