I became homeless in my 60s and spent two years at a shelter. This past summer, I moved into my own apartment

I became homeless in my 60s and spent two years at a shelter. This past summer, I moved into my own apartment

In 2020, I had a two-bedroom condo in Etobicoke and worked as a billing supervisor at a transport company. I never thought that, months later, I’d be jobless and living out of my car 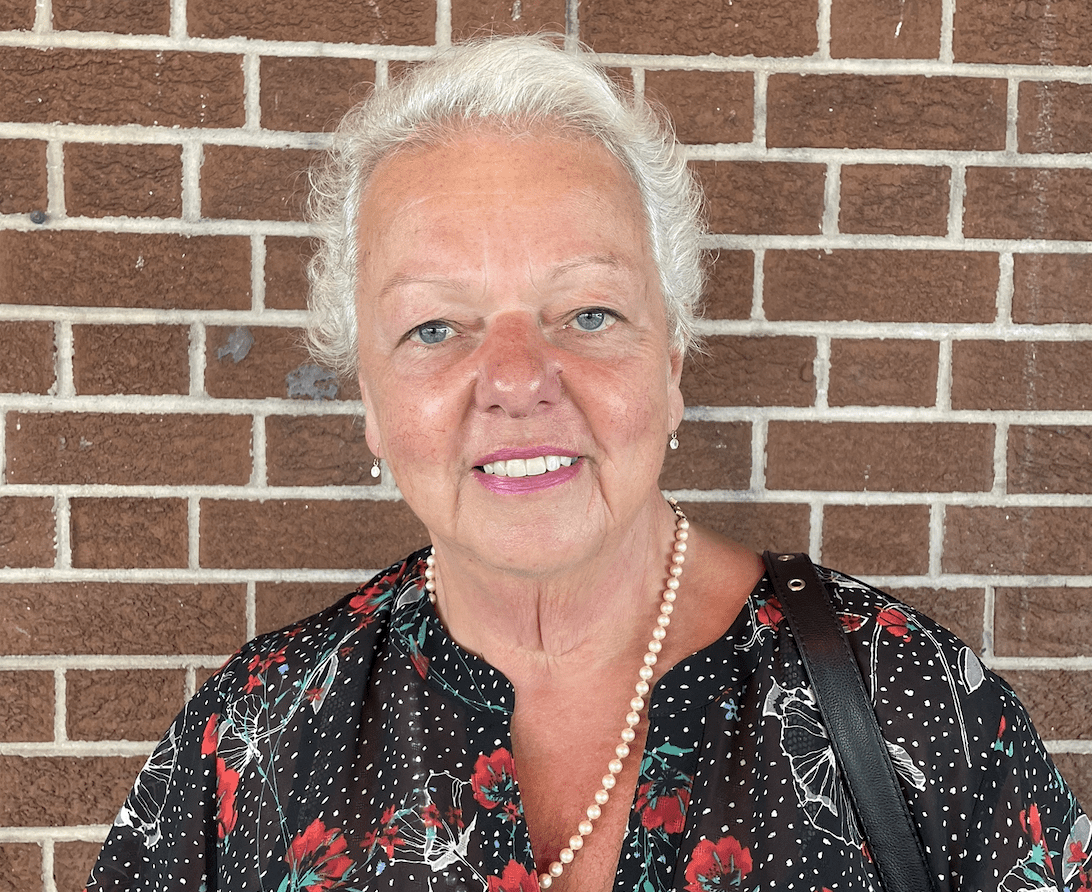 I had an idyllic childhood in 1950s and ’60s Toronto. After graduating from high school, I got my first job stocking shelves at Pennington’s, a large department store at Fairview Mall. I then spent nearly a decade working the switchboard at a telephone service. While there, I hired a woman named Mira, who became a lifelong friend.

After my father passed away in 1979, I bought my childhood home for $60,000 and moved in to take care of my mother. When my husband, Ted, fell ill with chronic heart disease in 1992, I took care of him too. By 2001, both my husband and my mother had passed away, so, to get a bit of distance, I moved out to Keswick, a small community on Lake Simcoe.

A decade later, in 2012, I bought a two-bedroom condo in Etobicoke for $125,000. I thought I would spend the rest of my life there. At the time, I was working as a billing supervisor at a transport company, making about $30 an hour. Things were good.

I decided to leave the job in June 2018. I still loved my role, but the company had come under new management, and I felt pushed out. That’s when my life took a turn for the worse.

My old friend Mira lost her mother in early 2018, and she was expecting an inheritance of about $1.5 million following the sale of their family home, but it was stuck in escrow. In the meantime, she wanted to buy a condo, so I decided to help her by taking out a second mortgage, for $250,000, with the expectation that she would pay me back when the money came through from her mother’s estate. It’s in my nature to be generous—I just can’t help it.

But Mira passed away unexpectedly in early 2019. Suddenly, I was on the hook for two mortgages, which cost a total of $1,700 a month. Mira and I had never made a formal arrangement because I trusted that she would pay me back, and she didn’t have any living family members I could contact about recovering the money. It was all just too expensive. I was making only $1,600 from my pension, and I hadn’t found another job yet. So I decided to sell my Etobicoke condo in late 2019 to pay off the mortgage on Mira’s property and cover outstanding payments on my car, a Chrysler 300. I also sent some money to my brother and sister, about $10,000 each, to give them a bit of a cushion.

I was left with about $7,000 in savings. But I wasn’t really worried—I like to work, and I figured I’d find another job. In early 2020, I moved in with my sister and her son, Michael, at their house at St. Clair and Victoria Park, while I figured out my next move. I slept on the couch.

Then Covid hit, and my chances of finding a new job evaporated overnight. I was devastated. I tried to claim unemployment insurance, but when I contacted the HR department at my old company, they told me I wasn’t eligible for EI because I was already collecting a pension.

A month later, I was dealt another blow: Michael said I could no longer stay with them because I was taking up too much space. Joanne cried and apologized, telling me it wasn’t my fault, but Michael’s name was on the lease, so technically he could make the call. But I had nowhere else to go. My brother was living in Thailand, and the rest of my close friends and family had passed away. That night, with all of my belongings packed into the back of the Chrysler, I parked on the street outside of their house and slept in the front seat.

For the next seven weeks, I lived like a vagabond. Early in the mornings, I went to Walmart at Victoria Park and Eglinton to wash up in the bathroom. I had everything I needed: feminine wipes, soap, toothpaste, clothes. I got by okay, but it didn’t compare to having a hot shower every day. Then I would get a coffee and a muffin from Tim Hortons. For lunch, I usually bought food from Walmart: canned tuna and crackers, meat and cheese on a bun. I kept juice in a small cooler in my car.

During the day, I drove to Sunnybrook Park, which also had public washrooms. Parked there, I usually played Sudoku or tried to catch up on sleep. At dusk, I drove to McDonald’s at Victoria Park and St. Clair and parked underneath the light by the drive-through. I didn’t sleep much. The car was stuffed, so I couldn’t recline the seat very far or put my feet up. I mostly just cried. I thought, How could this have happened? I was deeply hurt, and I wondered how my own family could kick me to the curb.

Throughout the pandemic, many Torontonians were thrust into a similar situation, losing their jobs and housing all at once. On a given day, 8,700 people experience homelessness in Toronto, and seniors account for 10 per cent of shelter uses in the city, according to a recent study. This was particularly worrisome during Covid because the homeless population was five times more likely to die from the virus. It was very scary. I always wore a mask when I went into Walmart. Otherwise, I was alone at the park, keeping my distance from everyone else.

By July, my savings had dwindled to $1,800. I was getting desperate, and on top of everything, I was experiencing pain in my legs from sitting in the car all day. Later that month, I went for my three-month checkup at the doctors’ office. I was wearing short pants, and the nurse noticed my legs, which were swollen from sitting all day. I broke down and told her the whole story.

The nurse said, “Lynn, what about a shelter?”

I didn’t know what she meant. I knew about people who lived on the street and went for lunch at the soup kitchen, but I didn’t realize there were places where you could stay for a while. The nurse got on the phone and, within a few minutes, connected me with Homes First, a GTA organization that runs emergency shelters. She asked me if I could get to one at Kennedy and Eglinton in two hours.

When I got to the shelter, I just lay there and cried myself to sleep. The shelter had three levels, with a kitchen, cafeteria, TV room and some offices on the main floor. Upstairs, there were 24 rooms, each of which slept two people. Downstairs, there were about 20 beds in an open area. I slept in a small room off to the side.

There were about 60 people staying in the shelter—from young kids to people experiencing mental crises and substance use disorders. There was lots of yelling, screaming and swearing. I was nervous because I’d never lived in that type of environment. I mostly kept to myself and spent my days at the cafeteria on the main floor with my friend Jonnie, a veteran suffering from Parkinson’s disease. I usually played solitaire while she sat at the table quietly.

The shelter has advisers to help residents find housing and obtain important documents, like driver’s licences, social security and health cards. In March 2021, they asked if I wanted a job working as a liaison between the shelter and its residents. I would do things like help the nurses talk to people, make a list of residents who wanted vaccines and visit other shelters to help out. It was right up my alley, so I said yes. It pays $25 an hour, which helped me get back on my feet.

Homes First tries to move all of its residents into long-term housing, but it can take years. In July 2022, after two years at the shelter, I moved into their long-term supportive housing, at Gerrard and Leslie. I got my very own apartment. It’s subsidized, so I pay only $625 a month. There’s a large kitchen, a sitting room for watching television and a big window overlooking a schoolyard.

I’ve made some really good friends working at the shelter, like Peggy, a 74-year-old retiree. We like to do arts and crafts together. Recently, we made Christmas care packages for kids in need, stuffed with socks, towels, toothbrushes and colouring books. I also plan to take a course that will teach me how to administer needles—for shingles, Covid and monkeypox vaccines. That way, I can help out more at the shelter.

I now have almost $3,000 in savings, which feels pretty good. I recently received a call from my nephew Michael—it was the first time we spoke since he kicked me out, and I was surprised to hear from him. His place had flooded, and he needed help packing things up because he had recently injured his foot. There was no hesitation on my part. Of course, I said yes.