Toronto’s top bureaucrat on dealing with his detractors, overcoming a brutal budget shortfall, potential service cuts and his thoughts on World Cup 2026 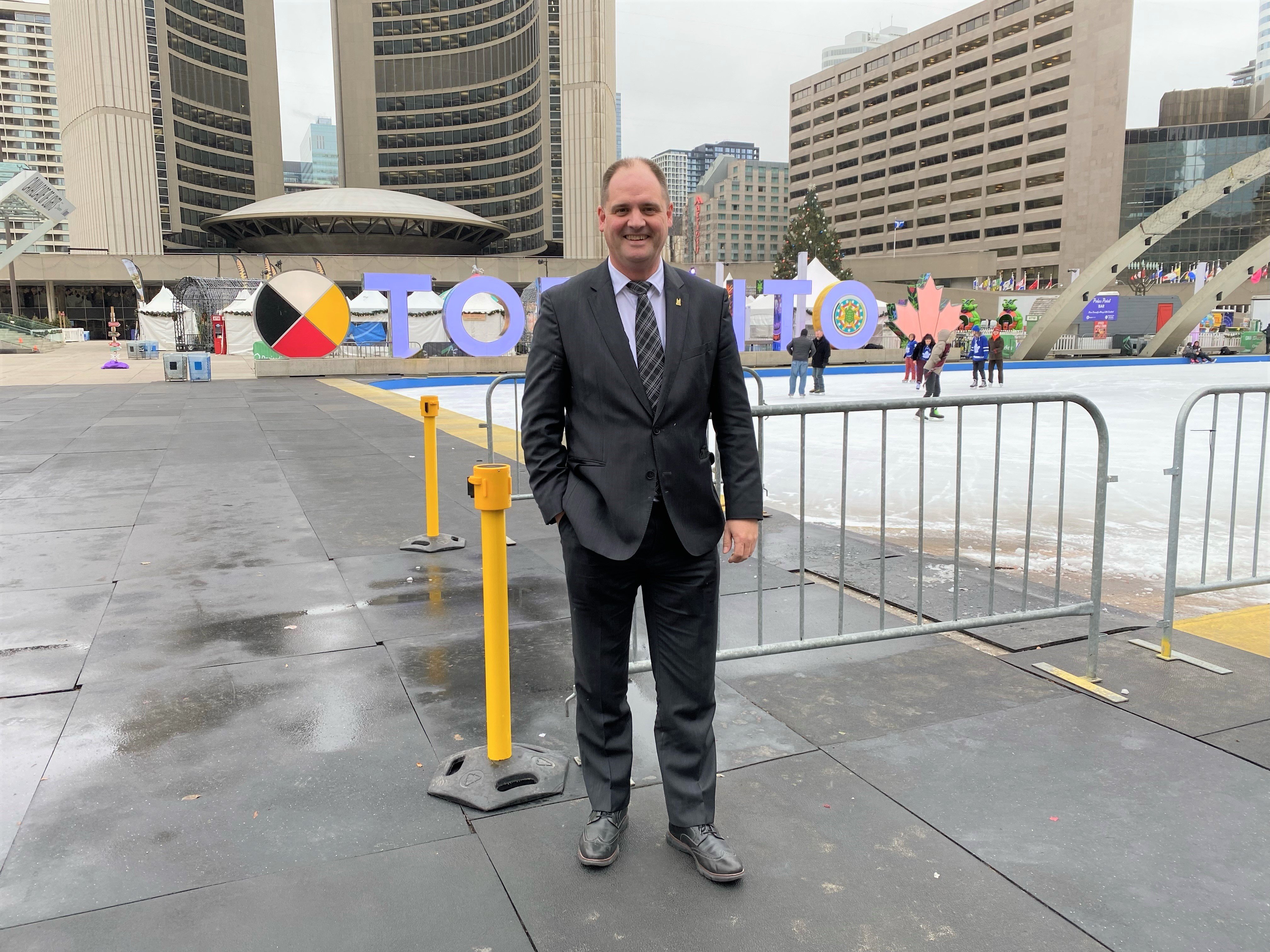 Paul Johnson is one of the most powerful people in Toronto you’ve likely never heard of. As the newly minted city manager, he’s the top public servant at city hall. He has the ear of the mayor and councillors, and he works on every file, from transit to housing to parks. If something important is happening, Johnson will likely be in the room where decisions get made.

His rise has been swift. After spending a decade at the City of Hamilton, he joined Toronto as deputy city manager last year. His hiring also represents the first time John Tory has used his strong mayor powers to hire an official. Previously, the entire council voted on the right person for the role.

Here, Johnson talks about life as Toronto’s boss bureaucrat, the controversy surrounding his appointment, that $400-million budget shortfall and why he always keeps a referee’s whistle handy.

For those of us who aren’t up to speed on municipal roles, what does a city manager do?
My family and friends don’t really know either. My role is to lead the over 40,000 staff in the Toronto public service. I provide advice and support to council and to the mayor, and I ensure the delivery of the services Torontonians count on every day.

Councillor Josh Matlow has claimed that your appointment flouts democracy and that you’re now effectively an employee of the mayor. How do you respond?
It’s simply not the case. This recruitment process felt no different than the one I underwent in 2021 to come into the deputy city manager’s job. The job description is very clear: I am not a staff member of the mayor’s office, I am an employee of the City of Toronto.

One of your first tasks is to prepare the city’s budget. How’s that $400-million shortfall looking?
It’s an incredibly difficult budget. We have the financial pressures continuing from the pandemic, particularly in shelters and transit. Those two programs alone have hundreds of millions of dollars of new costs that no one anticipated. And then the Progressive Conservatives’ Bill 23 comes along, which cuts into real estate development fees that were once dedicated to municipalities. We all care about building new housing, but I have some serious concerns about how it will impact our capital budget and our ability to put the necessary infrastructure in place. There’s an old joke in municipal life that each year is the worst budget year ever. But this one really is different.

Are service cuts coming?
Our goal is to maintain front line services—the mayor has talked about that repeatedly. We have more flexibility in withdrawing from the long-term capital budget as opposed to the yearly operating budget. Doing so allows us to pace our projects, which means we’ll have to decelerate a bit, which is disappointing. But we’re doing everything behind the scenes to be as efficient as we possibly can.

Speaking of delayed projects, is getting the Eglinton LRT back on track a priority for you?
Our role is to make sure that we’re working as closely as we can with Metrolinx and the TTC to get these projects done. We are always disappointed when there are delays, but there is an awful lot happening. We do focus on those big-ticket investments, but we need to think about how people move around the entire city, not just in certain areas. We’ve got lots more work to do on that.

Let’s talk about the World Cup, since Toronto plays host in 2026. Have you been taking notes on how this global soccer shindig is done?
We’ve had folks over in Qatar to figure out what the logistics look like. And we’re going to be looking at enhancements to BMO Field to make the experience great for fans. But what we’re really excited about is how the community is going to be able to embrace FIFA World Cup madness—it’s going to be a celebration. We’re one of the most diverse cities on the planet, so it will always be somebody’s home game.

I hear you’re more of a basketball guy, though.
I’m in my 34th season as a basketball referee, and I still get out on the court, believe it or not. I got into officiating at a young age, and it’s allowed me to referee across the country. These days, I’m much more involved in training new officials, but I do a bit on the floor when I can. It’s nice to have a job where you think with other parts of your brain.

Do you see any crossover between your officiating skills and your new role?
I always carry a Fox 40 whistle. If you see me on TV with it around my neck, you’ll know we’re having a particularly challenging committee meeting.

This interview has been edited and condensed for clarity.