Friends and Family for Safe Streets, a road safety advocacy group, held a “die-in” at Nathan Phillips Square yesterday to commemorate the 16 people who have died in collisions on Toronto streets so far this year. The group is pushing for lower speed limits, safer infrastructure and harsher penalties for people who drive dangerously. We asked some of them to tell us about their worst on-street accidents. Here’s what they said. 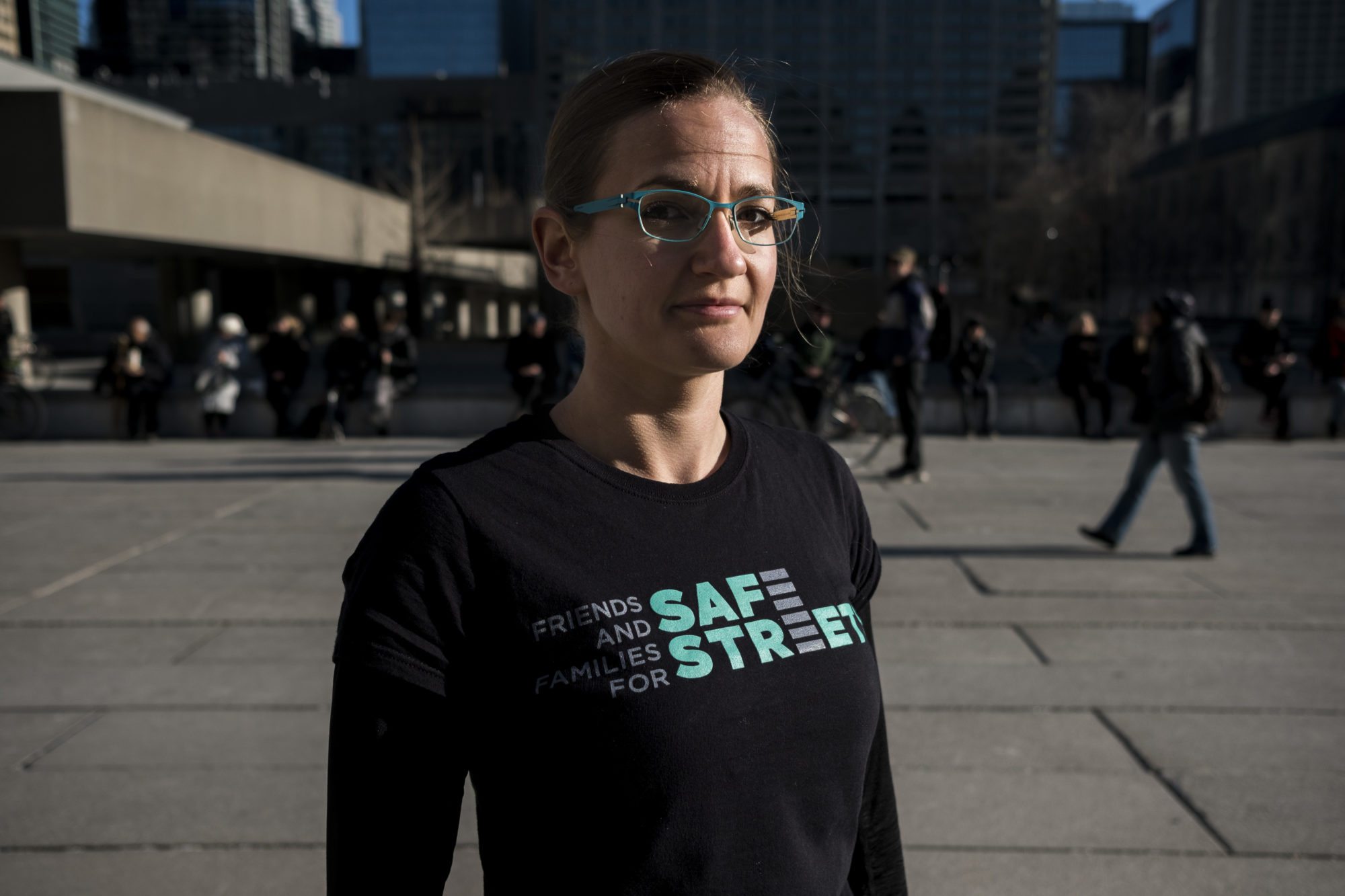 34, personal trainer from the Beaches

“I was riding in a straight line, I was wearing a bright purple jacket, it was 10:45 a.m. Nevertheless, a careless oncoming driver made a left turn and T-boned me. That broke my spine and inflicted a moderate traumatic brain injury. I suffered a massive bilateral pulmonary embolism. I’ll never be done recovering from it. I have pretty regular pain and live with the effects of the brain injury every day. The city should build safe infrastructure.” 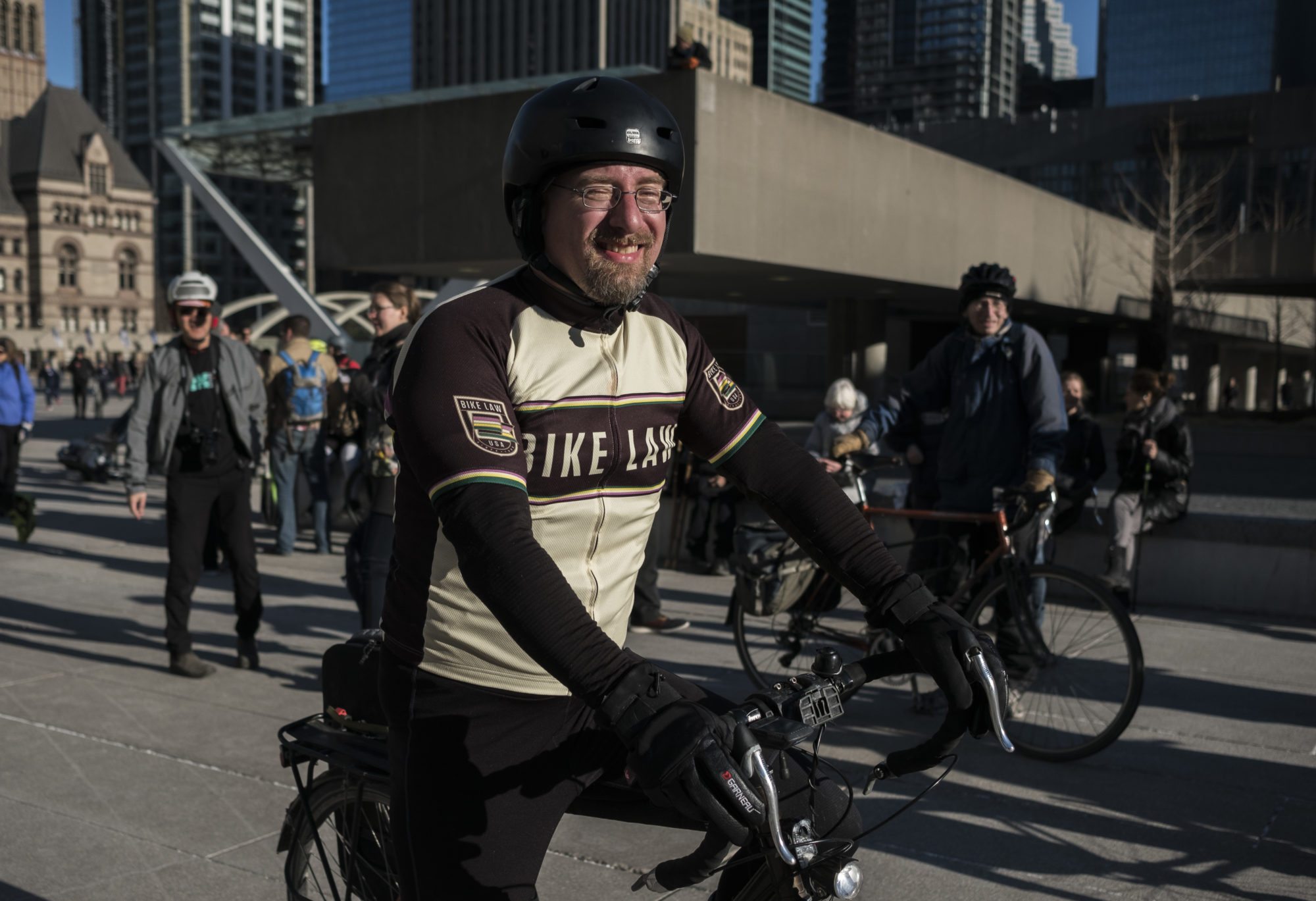 Cycling safety teacher from the Annex

“My last one happened on Sunday. The car didn’t signal. It just turned right into the bike lane. If I didn’t do a threshold brake, I probably would have collided with the car. The city should build better bike infrastructure. Vulnerable road users have to be given a lot more priority than they already are. Good separation will be the main answer to a lot of these problems.” 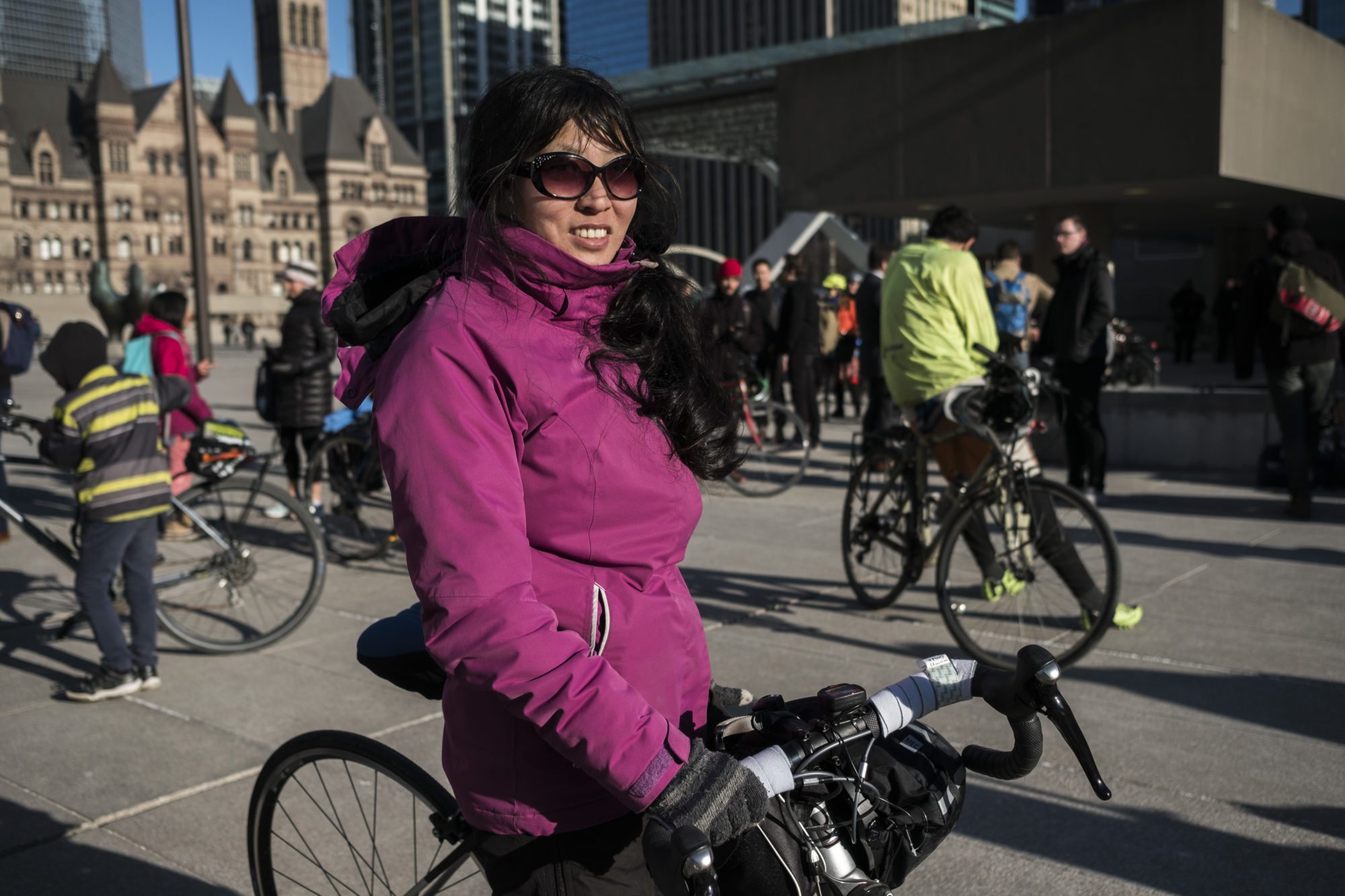 “I’ve been doored once. I hurt my neck, but I didn’t press any charges. It was my first time. I just gave him a break. I think it would be nice if they could have more bike lanes and tougher penalties.” 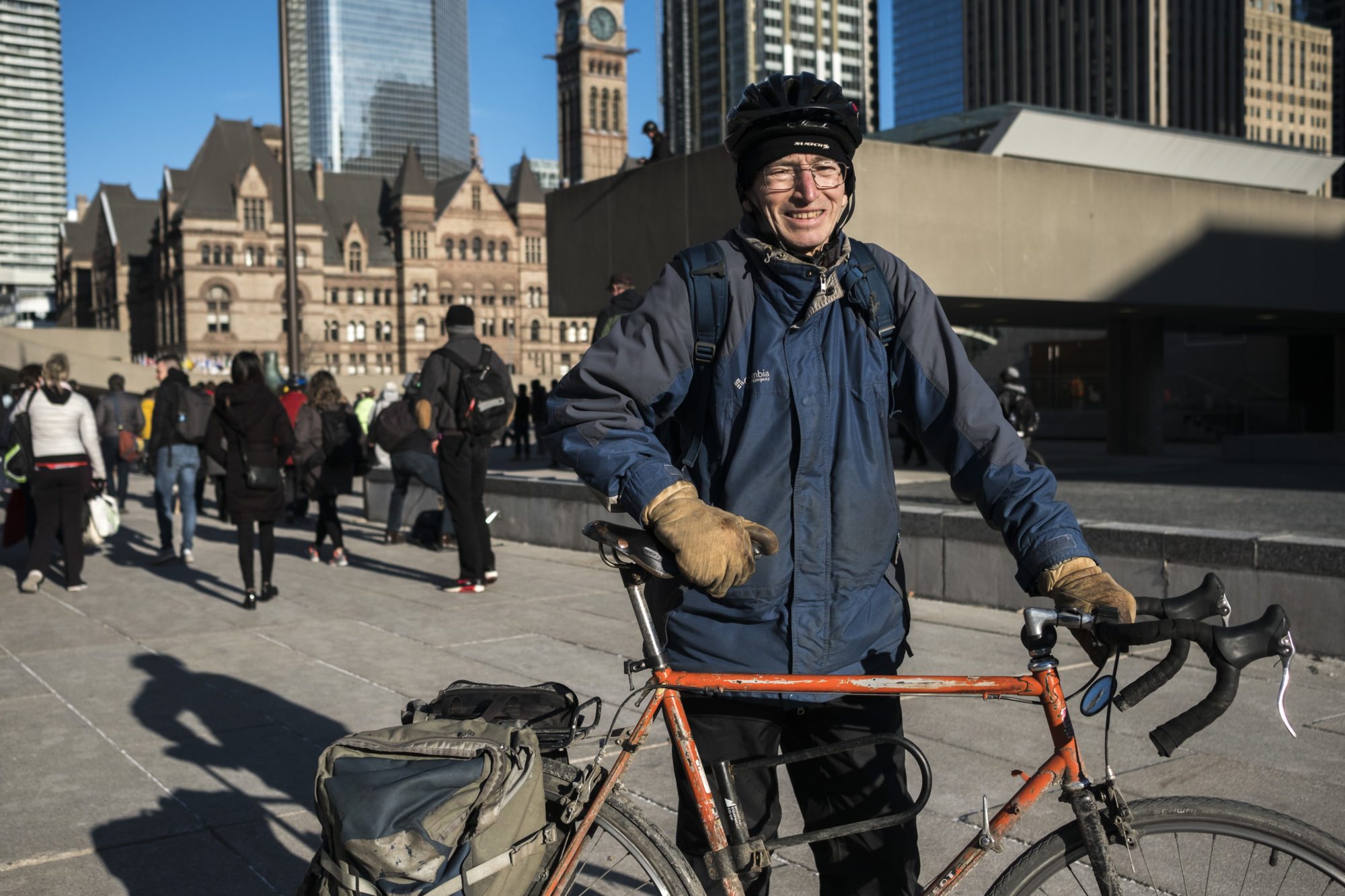 “It happened about a year ago. I was riding back from High Park. I was headed eastbound, and a car behind me didn’t see me moving into the adjacent lane. He hit me, knocked me down, and I tore a ligament in my right hand. I was off cycling for about six weeks. I called my city councillor, I did everything to point out that the road was unsafe. I mean, there’s something like six or nine sewer grates, so it needs to be looked at. We should build protected bike lanes all over the city.” 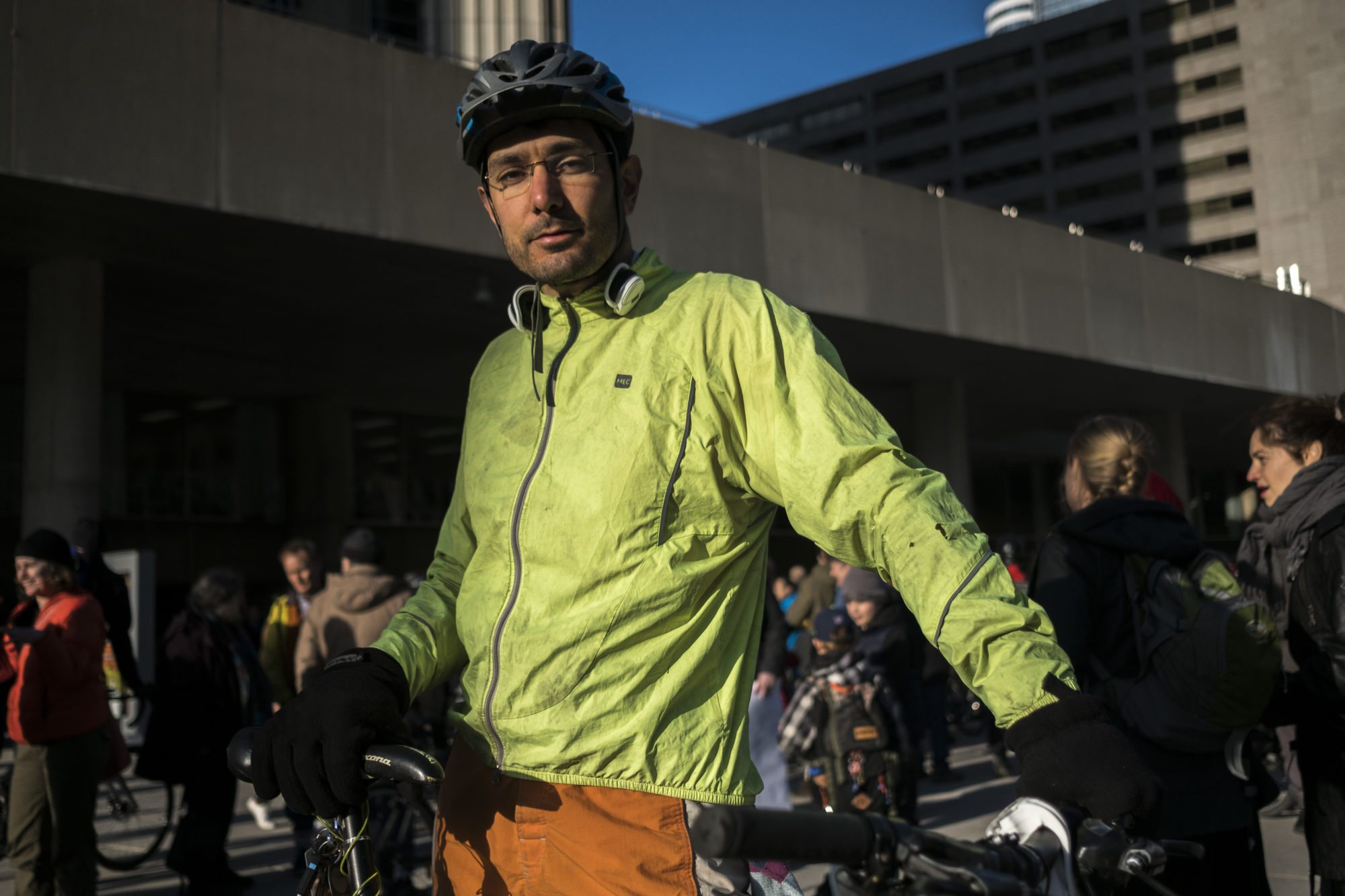 “I think the biggest problem here is that the bike lane network is not connected. You have to use main roads like Yonge and Eglington. I have a lot of friends who don’t bike because of that. Even if it’s 500 metres, it can be really scary.” 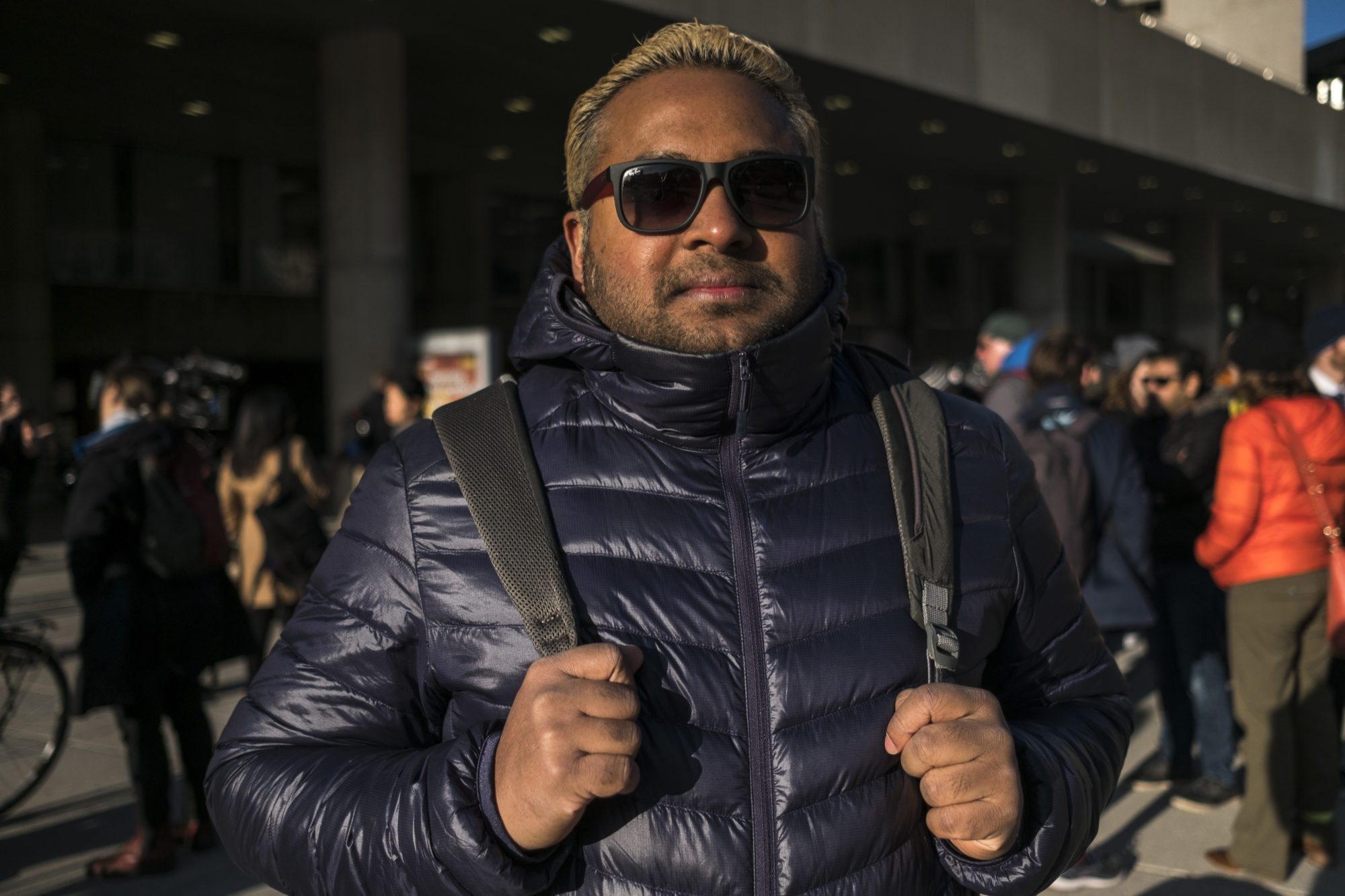 39, video editor from the Danforth

“I’ve come close to being doored, and I’ve had drivers come past me very close, but I’ve been fortunate enough not to have an accident. I know this is a bit of a wild idea, but when they’re building the downtown relief line, I’d like to see them build an underground bike lane at the same time. It’s only a few more feet.” 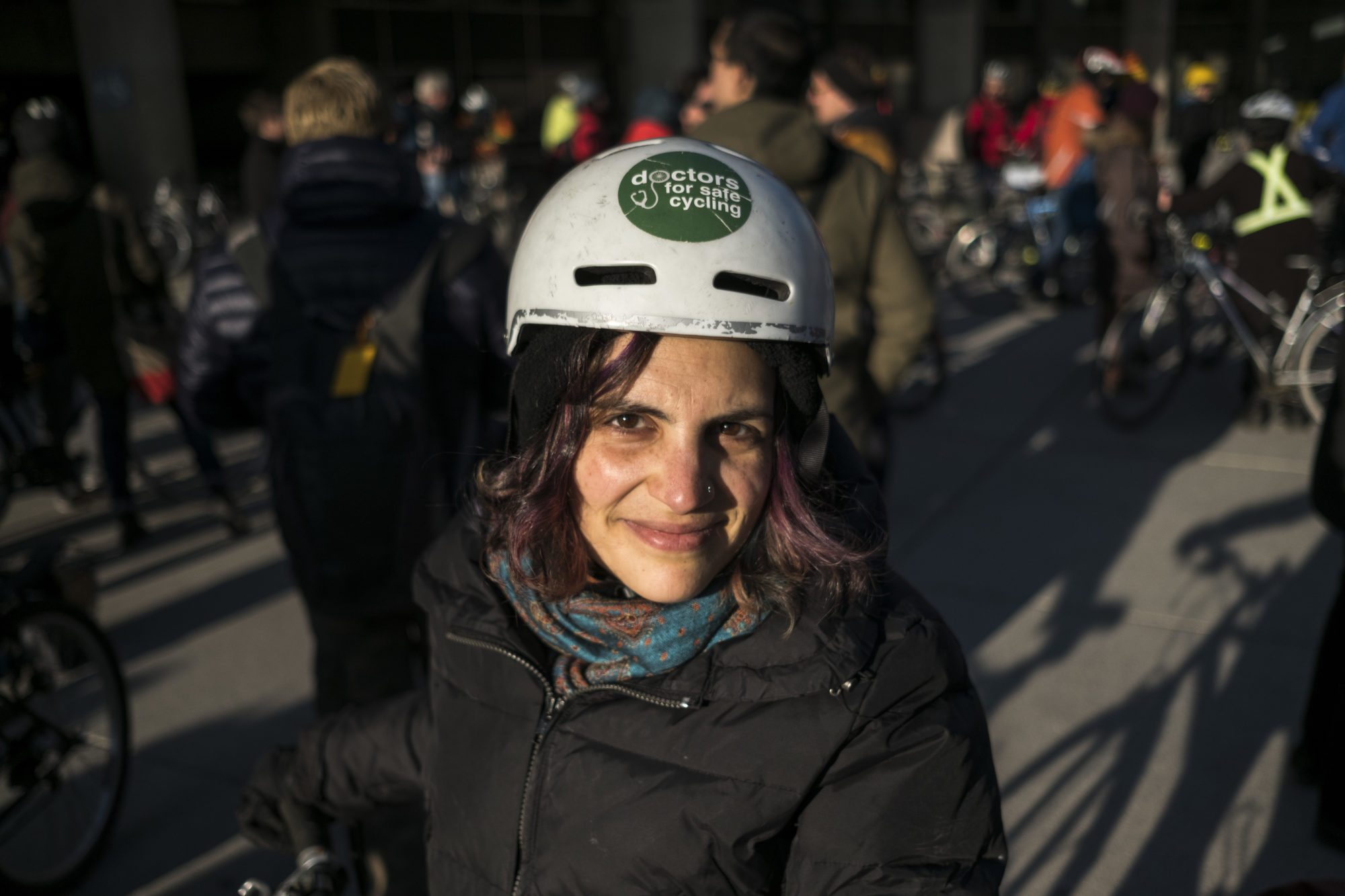 “I haven’t been hit before, but I have a number of patients who have been injured while cycling, or while walking. I’d love to be able to encourage my patients to walk and cycle for exercise, but I’m worried about them when the infrastructure is so terrible in our city. We know the evidence is really strong that the only way to protect vulnerable road users is with better infrastructure. People can’t be protected with a helmet. You really need to build better infrastructure.” 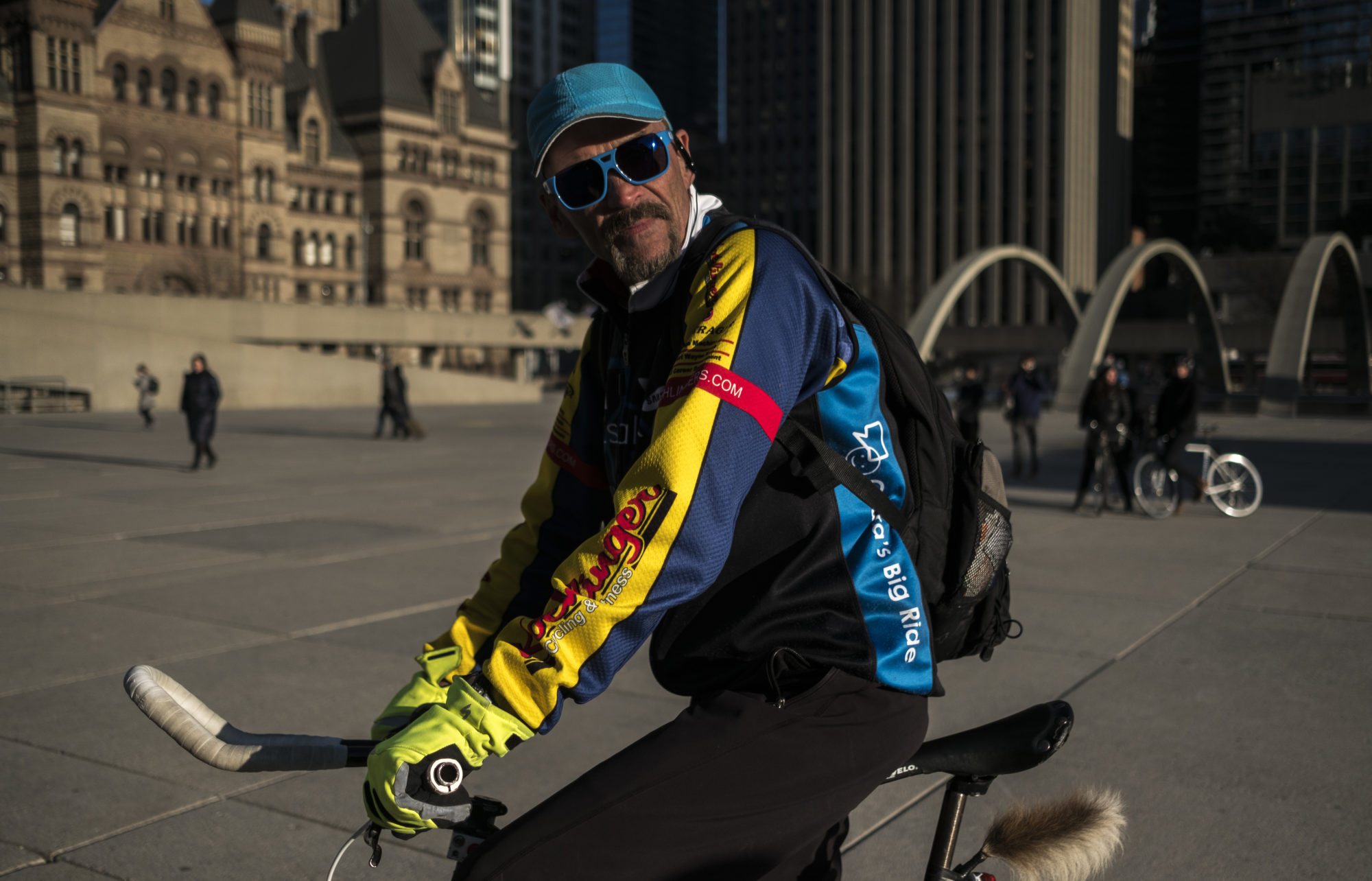 “I’ve still got a black eye. There’s a screw in my face here. You wanna sit down one time and talk injuries? I’m very fortunate to be here. That’s why I always support the dead. I think we should take every driver that commutes into downtown and put ‘em on a bike for one day, to give them an impression of how dangerous it is out there just trying to get to where you’re going.”