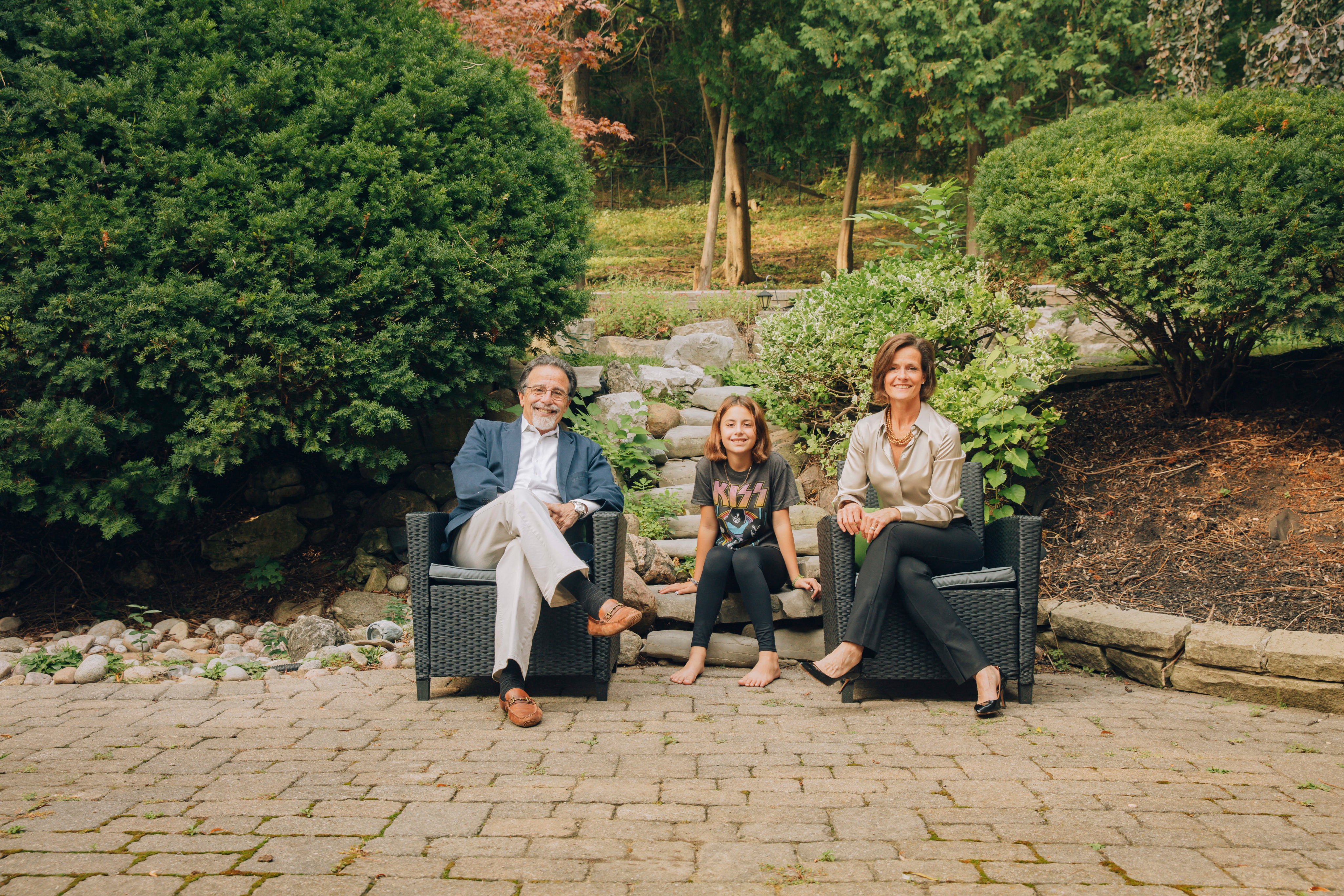 David Rudolf, a criminal defence attorney known for his appearance in the Netflix documentary series The Staircase, and his wife, Sonya Pfeiffer, a criminal defence attorney and gallery owner, recently moved to Toronto from Charlotte, North Carolina. Here, they discuss the enduring impact of the Michael Peterson trial, their new life in Toronto and why they left America.

–As told to Haley Steinberg

David: In 2003, I defended a man named Michael Peterson in North Carolina who was accused of murdering his wife, Kathleen Peterson, in 2001. The case was the subject of a documentary series, The Staircase, which became a worldwide phenomenon when it premiered on Netflix in 2018. The Peterson case and the documentary both had huge impacts on me as a lawyer and as a private citizen—but in very different ways. After a lengthy trial that lasted about three months, Peterson was convicted of murder. I was devastated. The outcome was completely unexpected.

Sonya: At the time, I was working as a reporter for the ABC affiliate in Raleigh-Durham, North Carolina. When the verdict came in, I was sitting next to another reporter, and we looked at each other in disbelief, like, What just happened? David didn’t miss the mark. Everybody was stunned.

I met Sonya during the case. That was by far the most enduring impact of the whole experience, as far as I’m concerned. But in the aftermath of the documentary, I’ve spoken all over the world—including in Scandinavia, Australia, and here in Toronto—about how we can effect change in the justice system. For me, the documentary is not about whether Michael Peterson is guilty or not guilty. It’s about how the criminal justice system—not just in the United States, but across much of the English-speaking world—is inherently flawed. These flaws stem from human nature and human error. There’s a lack of appropriate training and screening. In talking about The Staircase, I tried to address the fact that there were similar systemic problems all over the world.

Sonya: After my first career as a reporter and television news anchor, I became a criminal defence and civil rights attorney. David and I married in 2007, and we have an 11-year-old daughter, Zayne.

Over the past few years, I’ve found that the culture in the United States has become such that you can’t even have a conversation with someone whose views differ from your own. As a reporter, it was distressing to see the focus shift from high-quality storytelling and journalism to whatever would catch people’s attention—hyperbole, hosts yelling at each other and at their guests. There has been a total breakdown in communication between people who hold opposing views. I’m used to being friends with people who have different economic and political viewpoints, but we started steering away from talking about politics at dinner to maintain friendly relations with people.

David: Covid just added to the divisiveness. It seems like people are more focused on their own personal freedoms than the freedom of other people to be protected from Covid. The pandemic contributed to our decision to leave the United States. American governors made one inane comment after another about Covid, which made me think, “I need to get out of here.” There’s this sense, particularly over the past four years, that it’s okay to put yourself first and think only of yourself. That was the message from the Trump presidency. America first, right? When that filters down, it empowers people to make selfish decisions.

Sonya: It was against this backdrop, last summer, that we started talking about the best way to raise our daughter. Our goal has always been to raise a child who has a sense of global citizenship—someone who makes the world a better place for others. We wanted her to have a sense not only of personal responsibility, but responsibility to other people. That message was not being reflected in the U.S., so we thought, “Let’s see what other opportunities are out there.” We started putting feelers out in the summer of 2020. Opportunities began popping up—including co-teaching trial advocacy at the University of Toronto.

David: It all happened pretty organically. In the fall of 2020, we connected with a law firm here, Brauti Thorning LLP, that was interested in working with us. The people who run the firm know the woman who runs the trial advocacy program at the University of Toronto. Sonya and I have done a lot of teaching together over the years and wanted to teach a joint course, and the program offered us the opportunity. We’d been to Toronto once before, for 36 hours. I had a speaking engagement and Sonya came along for the trip. We didn’t have time to do or see much, but my idea of Toronto was shaped by its reputation and the positive things we heard from friends who live here. 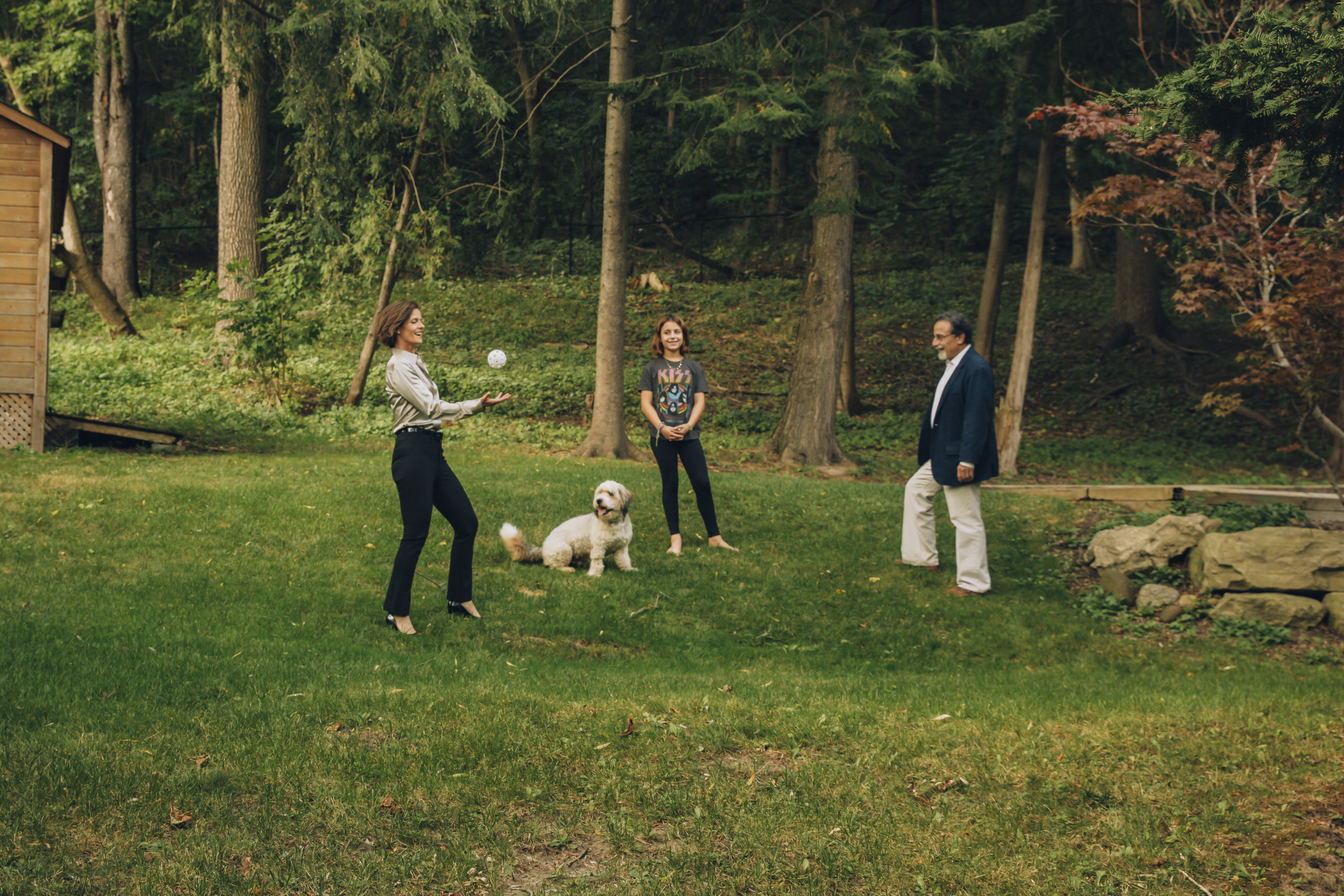 Sonya: Toronto was attractive to us because it’s one of the most multicultural cities in the world. We loved the idea of our child taking the subway to school and learning some of the skills that you can only pick up in a big city, like independence and an appreciation for different cultures. We don’t have rose-coloured glasses on. We understand that Canada, like every other country in the world, has its issues. But moving to Toronto, a place where so many people don’t look like us and where those differences are celebrated, seemed like a great adventure.

We got a referral for an immigration lawyer and applied for work permits in January of 2020. We received them in June of 2021. Our daughter had to get a student visa—even though she’s only 11—in order to get a health card. All told, it took about a year from the time we looked at each other and said, “Maybe we should move to Toronto” to being here now.

David: In February, she was accepted into a school, which was an important step in the process for us. In late March, we started looking for a place to rent.

Sonya: Like us, Zayne sees the move as an adventure. As an 11-year-old kid who has lived her whole life in one place, it was also scary. But overall she views it as an opportunity to have a totally new experience that she wouldn’t be able to have in Charlotte.

David: My initial thought was, “We’re moving to a big city so let’s get an apartment right in the middle of the action and have a city experience.” Sonya brought me back to reality when she explained that during the pandemic, there wasn’t going to be much of a city experience and that maybe we didn’t want to be stuck in an apartment on the 38th floor. We started looking at houses that were a little further from the downtown core. We didn’t know the city well enough to have our hearts set on any one neighbourhood. It was more about proximity to Zayne’s school and the subway, because we didn’t want to have to deal with traffic.

Sonya: We hired an agent to help us find a rental property, and we did viewings on an iPad screen from Charlotte. We saw 10 to 15 places and made a handful of offers, and we got outbid on all of them! We were stunned to learn that the realtor couldn’t even tell us what the other offers were. We thought, “So we’re supposed to bid against ourselves?” Eventually, we found a great place in Hoggs Hollow, just a short walk from the subway. We were back-and-forth between Toronto and Charlotte over the summer, but we officially moved here in August.

To be able to practice law here, we need to be called to the bar in Ontario. We underestimated what exactly that would involve. Since we were coming from outside of the country, we had to apply for an assessment from the national accreditation committee. The committee reviewed our applications and let us know in which areas we were deemed “incompetent.” David and I were each found to be incompetent in criminal law. Ha! We then had to take an accreditation exam for each of our areas of incompetence. At this point, I’ve taken five four-hour accreditation exams. David has taken three. If we pass, we’ll qualify to take the bar.

David: We love that Canada and Toronto have very high vaccination rates, and we’re relieved to be in a place people are also following the mask mandate. I’ve been on the subway many times now, and I’ve seen only two or three people out of thousands who weren’t wearing masks. If you go into a supermarket, everyone is masked.

Sonya: And they’re covering their noses! We love our neighbourhood, even though we didn’t know Hoggs Hollow at all until we arrived. Our daughter has already made a handful of new friends, including one girl who lives just up the street. We had been walking Zayne to the subway every morning, and on the third day of this, our neighbours up the street said, “Our kid also takes the subway in the morning. Why don’t we connect?” Now the kids are subway-pooling. Zayne is enjoying the independence of taking the subway to school on her own. I can’t imagine letting my child go on the subway by herself in Boston or New York—or taking the blue line in Charlotte, for that matter. It feels very safe here. I think she senses that.

David:  We’ve already met a number of our neighbours, and everyone is very friendly and open to talking. There’s a park right across the street where people walk their dogs and chat.

Sonya: Walking our dog, Bambino, has been the best way to meet people. I keep a running list of everyone I meet in the neighbourhood, and there are about 15 names on it. It’s never an efficient walk because I’m stopping to chat with someone every three minutes.

Every day, David and I look at each other and think, “I can’t believe we’re here.” It all happened so fast. I don’t think we know what our long-term plans are yet. We’re taking things day by day. I still have my practice in North Carolina. I have about five wrongful conviction cases that I’m currently working on. As long as I can continue my work there and find purposeful work here in Toronto, we’ll be here. 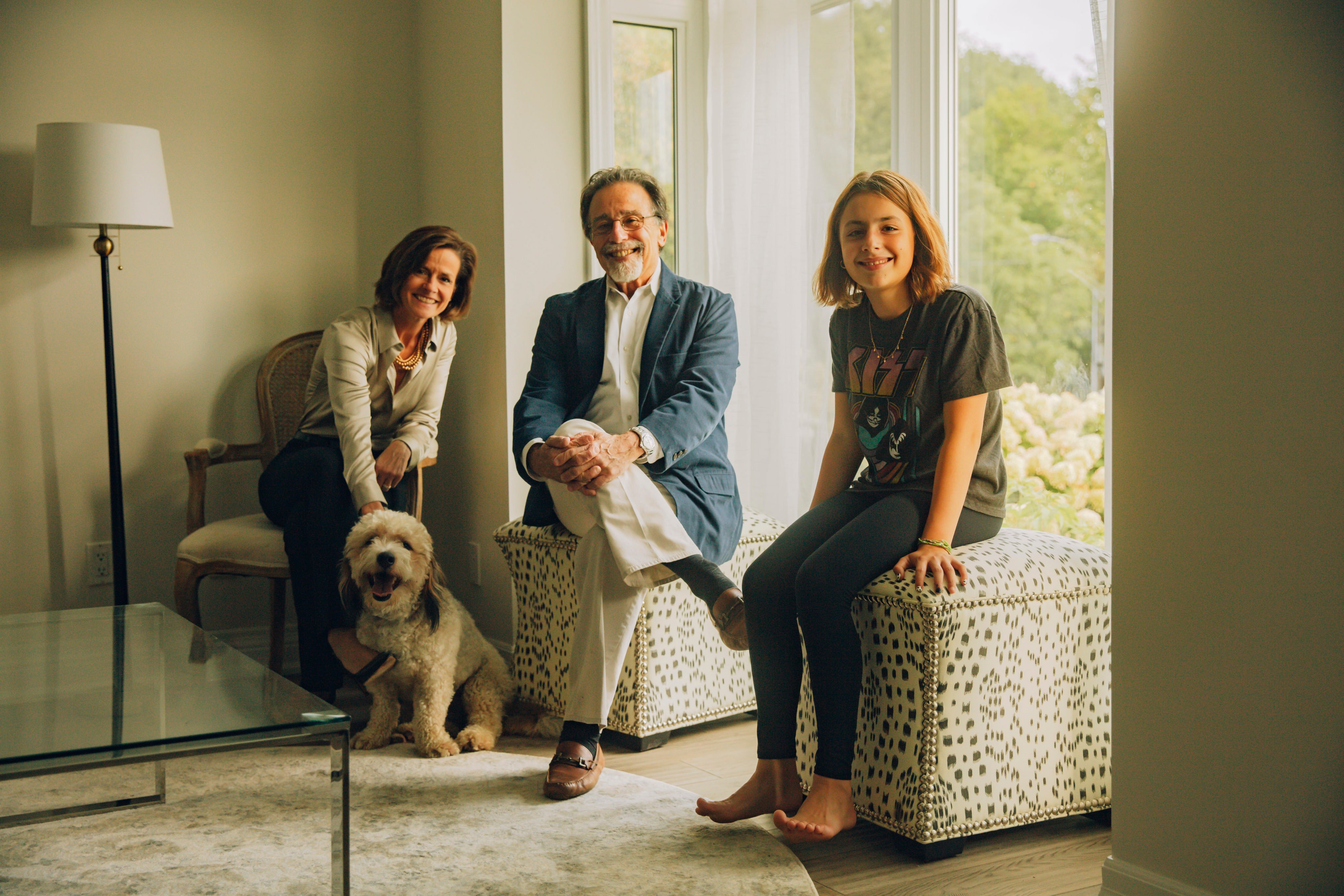