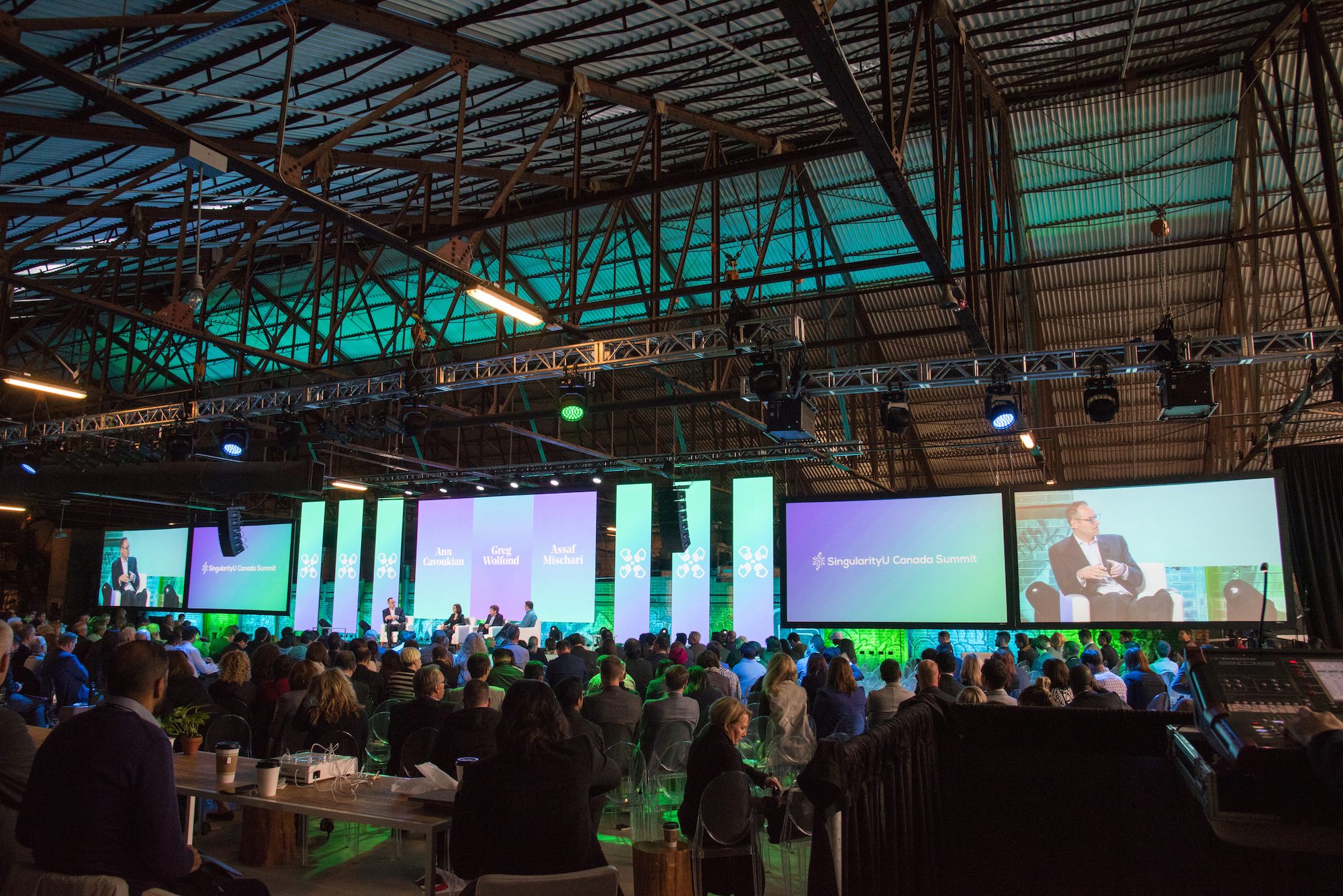 Right now, the Evergreen Brick Works is a little slice of the future. It’s the site of the first SingularityU Canada Summit, a heady two-day series of TED Talk–style presentations and high-tech workshops for techy types, start-up founders and other people hellbent on changing the world.

Oren Berkovich, an Israeli-Canadian entrepreneur who used to do innovation work for Deloitte, founded the event when he got tired of sending employees down to Silicon Valley to take part in Singularity University, a futurist think tank and business incubator housed in NASA’s Ames Research Park in California. He partnered with Deloitte, the Big Five Banks, Google, Rogers and others to create a Singularity University chapter here; it will host its first executive program—a weeklong primer on the world’s most revolutionary technologies for C-suites and government leaders—in Niagara-on-the-Lake this spring. 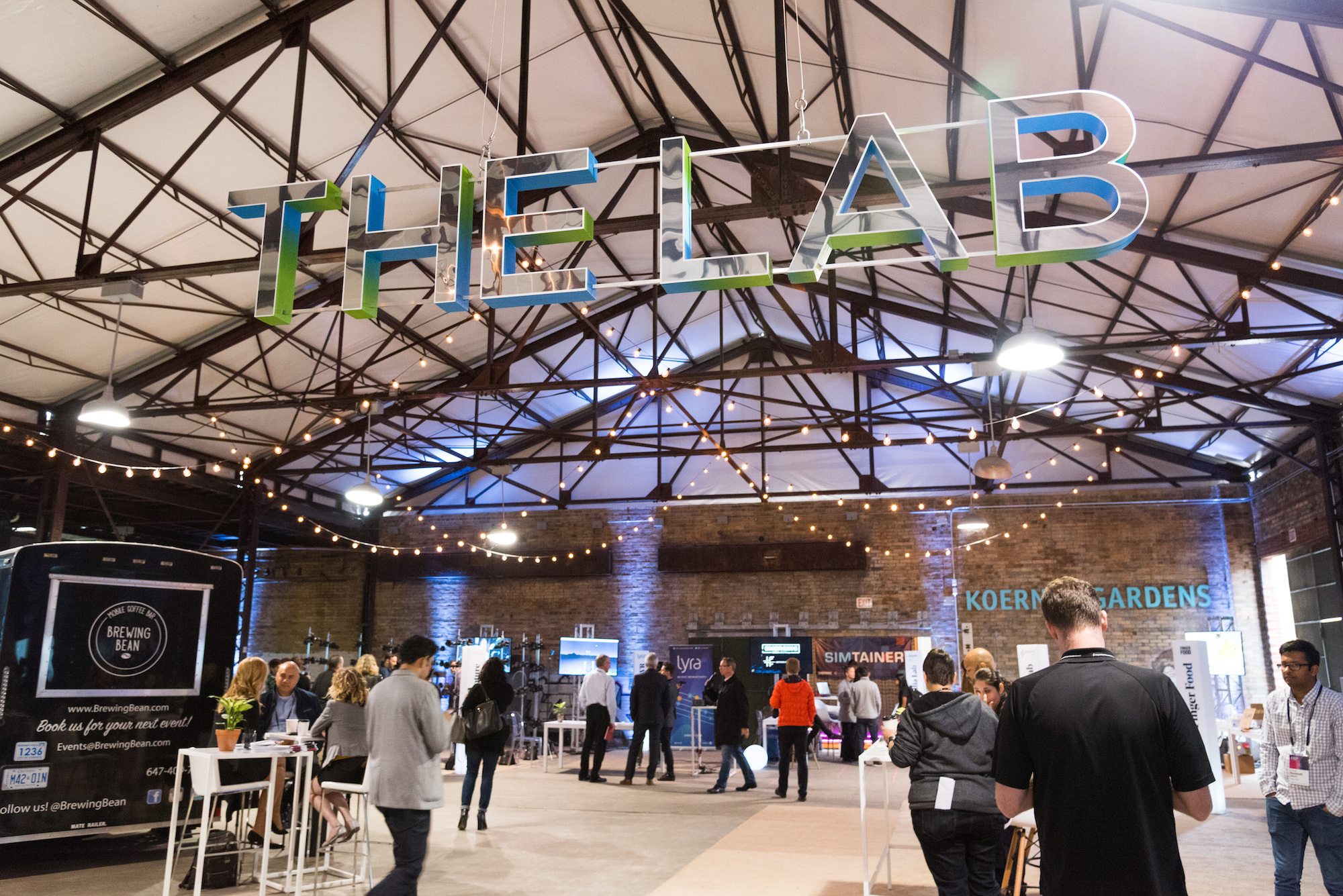 In the meantime, Torontonians can get a glimpse of those sci-fi gadgets in The Lab, a section of the Summit showcasing some of the world’s coolest new inventions. Here are some of the coolest gizmos we spotted there. 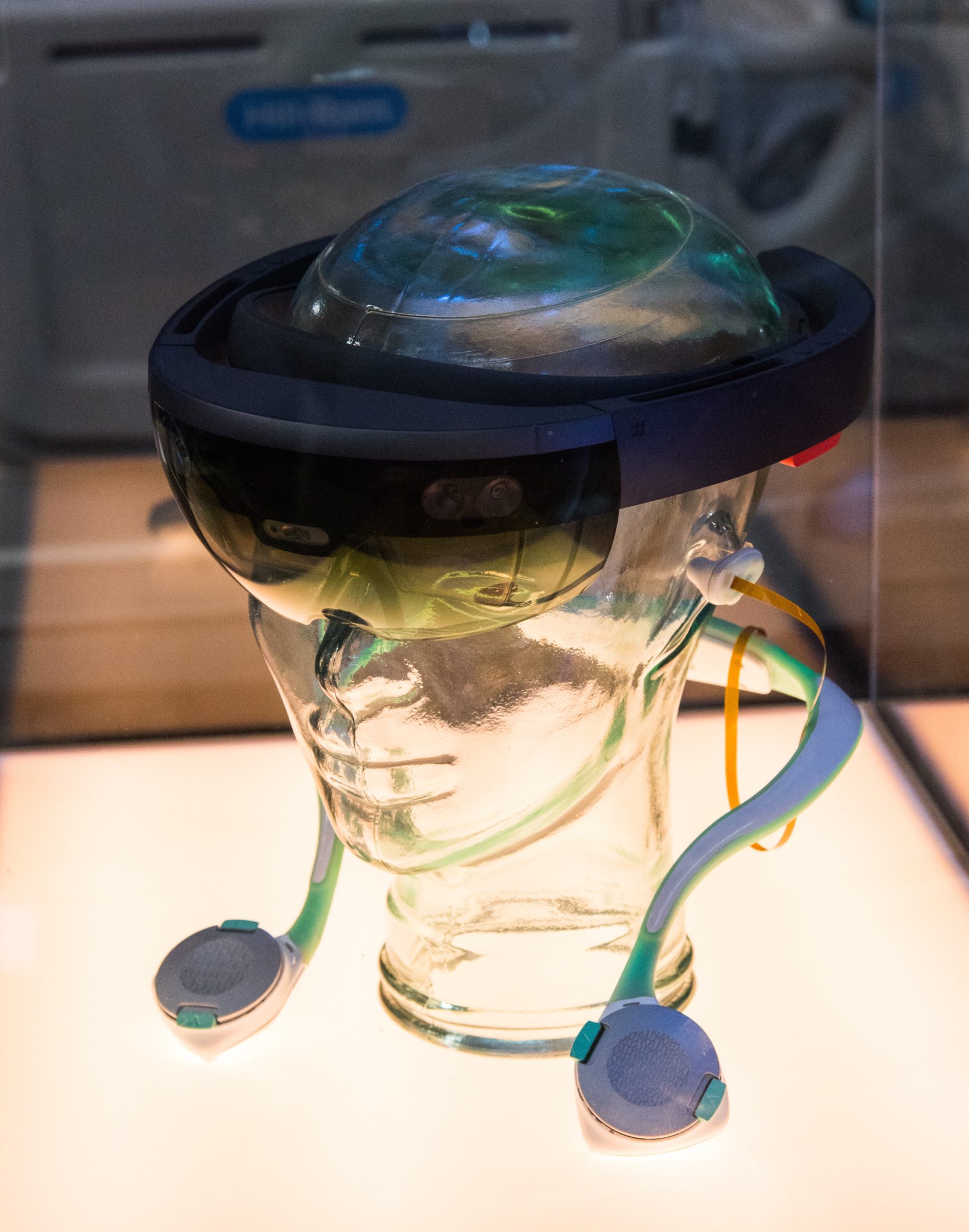 A doctor in your pocket
Kitchener med-tech firm Cloud DX won the Qualcomm Tricorder X Prize (a contest to make a real-world equivalent of the Star Trek device) with this invention, the Vitaliti. Through a neckband and earpiece, it measures patients vitals and can diagnose conditions like TB and asthma. When a doctor wears augmented-reality glasses and looks at patients wearing the Vitaliti, their medical information automatically appears in the doctor’s field of view. That way, a doctor can monitor an entire ward of patients by simply looking from bed to bed. 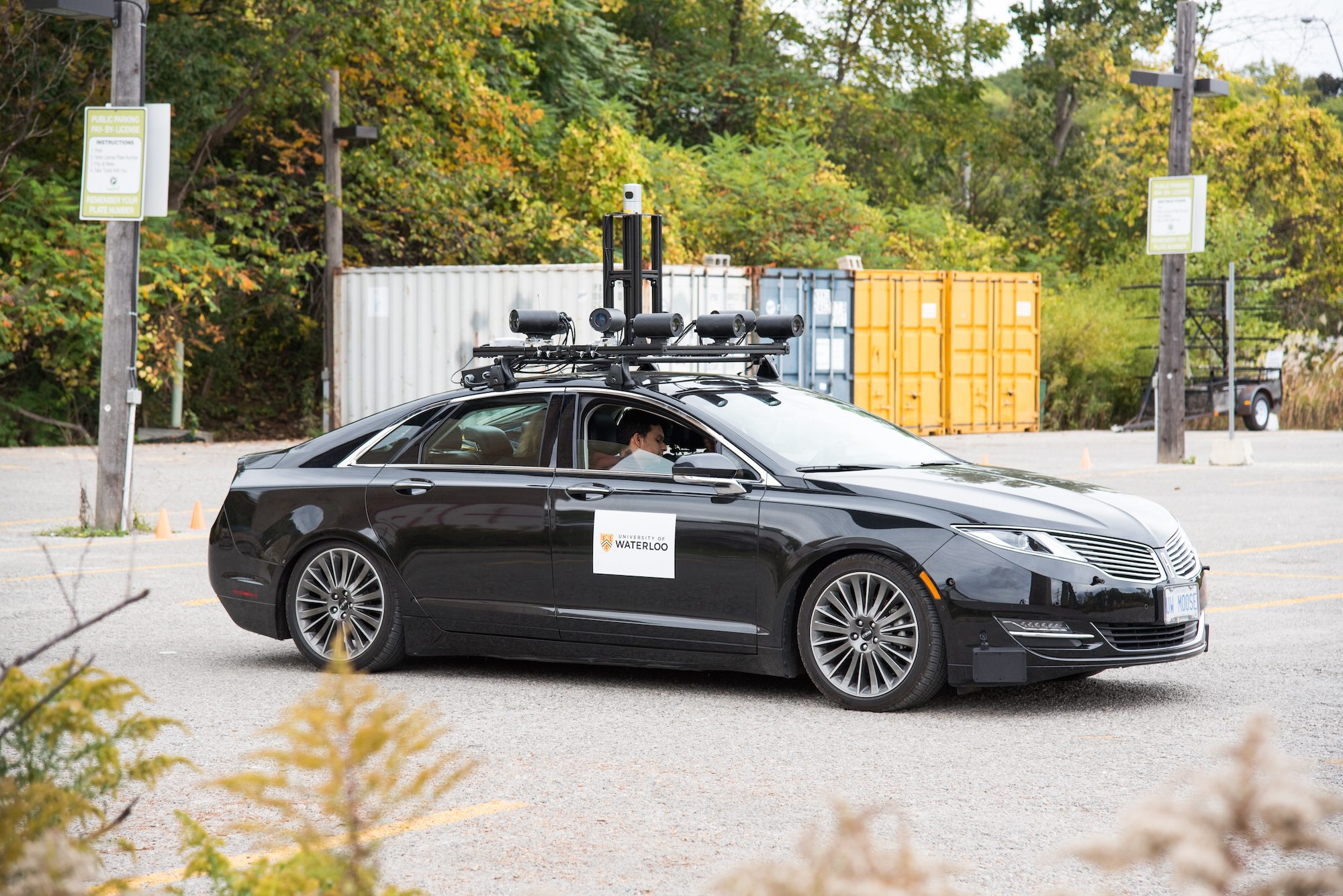 A self-driving car
The University of Waterloo’s WaveLab develops software and algorithms for autonomous vehicles, with a particular focus on driving in winter conditions. At the Summit, attendees could sign up for a ride in their self-driving Lincoln MKZ, which is equipped with 32 lasers, eight cameras and two GPS antennas. 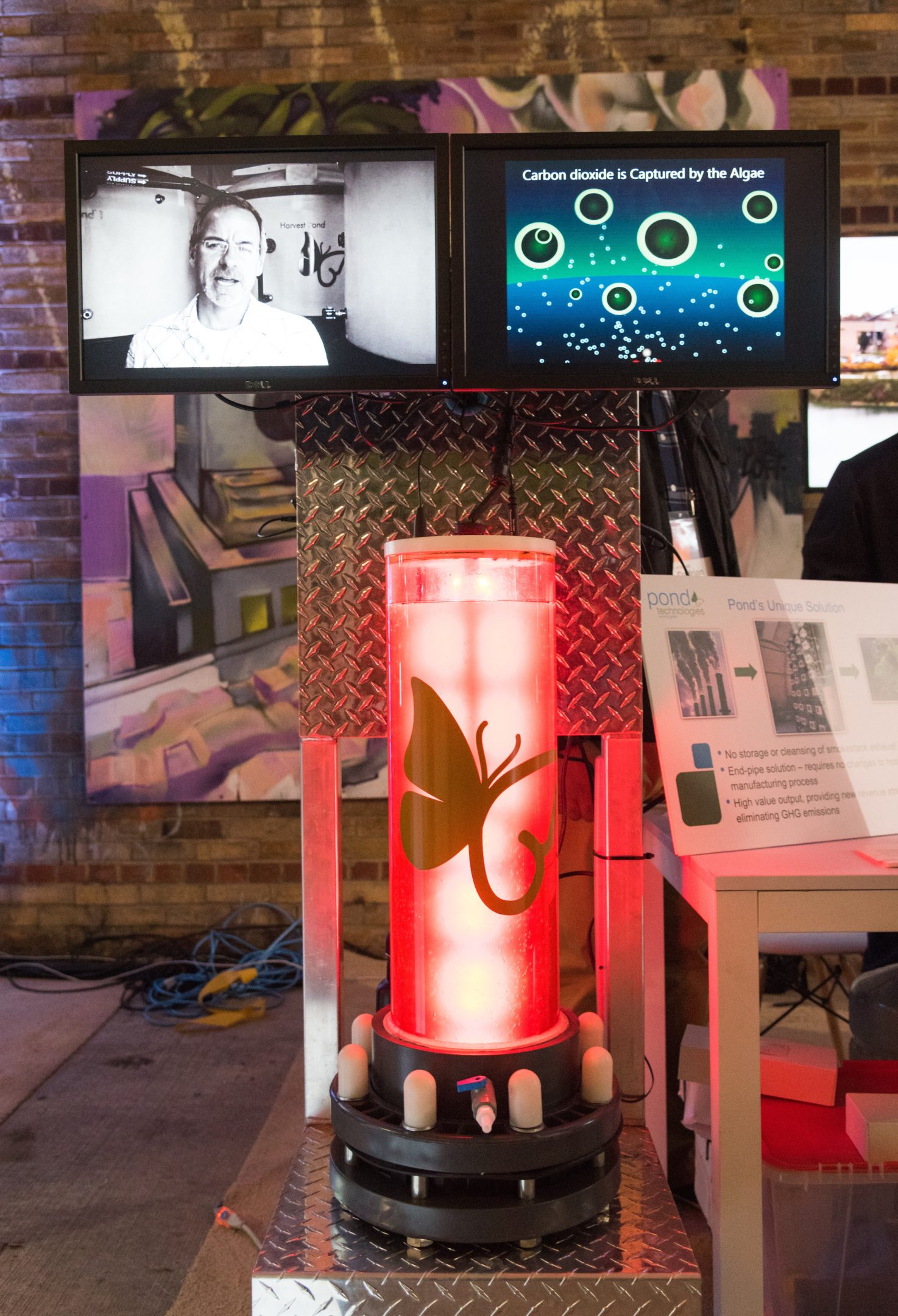 An algae bioreactor that turns emissions into fuel
Markham’s Pond Technologies captures emissions like carbon dioxide from industrial plants and uses them to grow algae in bioreactors like this one (this is one of their smaller units; they have larger vats at three sites across Ontario). When the algae is ready, the company harvests it and converts into a paste-like material that can be used to make biofuel, fertilizer and animal feed. 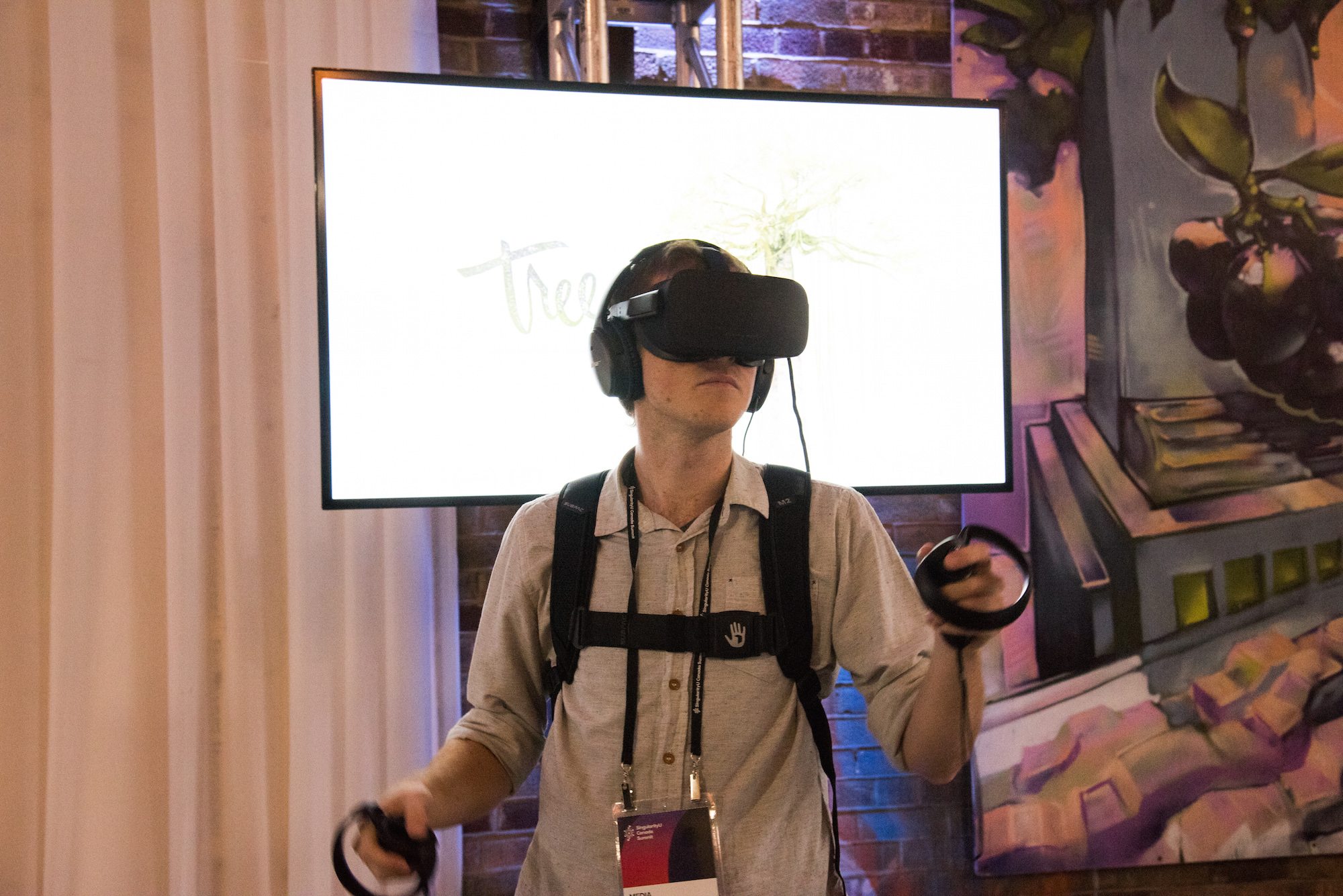 A woodsy VR experience
In Tree VR, a virtual-reality experience by New York’s New Reality Co., users get decked out in all sorts of gadgetry to become, yup, a tree. The headset provides a 360-degree view of the Amazon rainforest, the handheld remotes control the tree’s branches, and a backpack functions as a giant rumble pack, vibrating in sync with music pumped through a pair of headphones. Tree VR has toured to the Sundance and Tribeca Film Festivals. 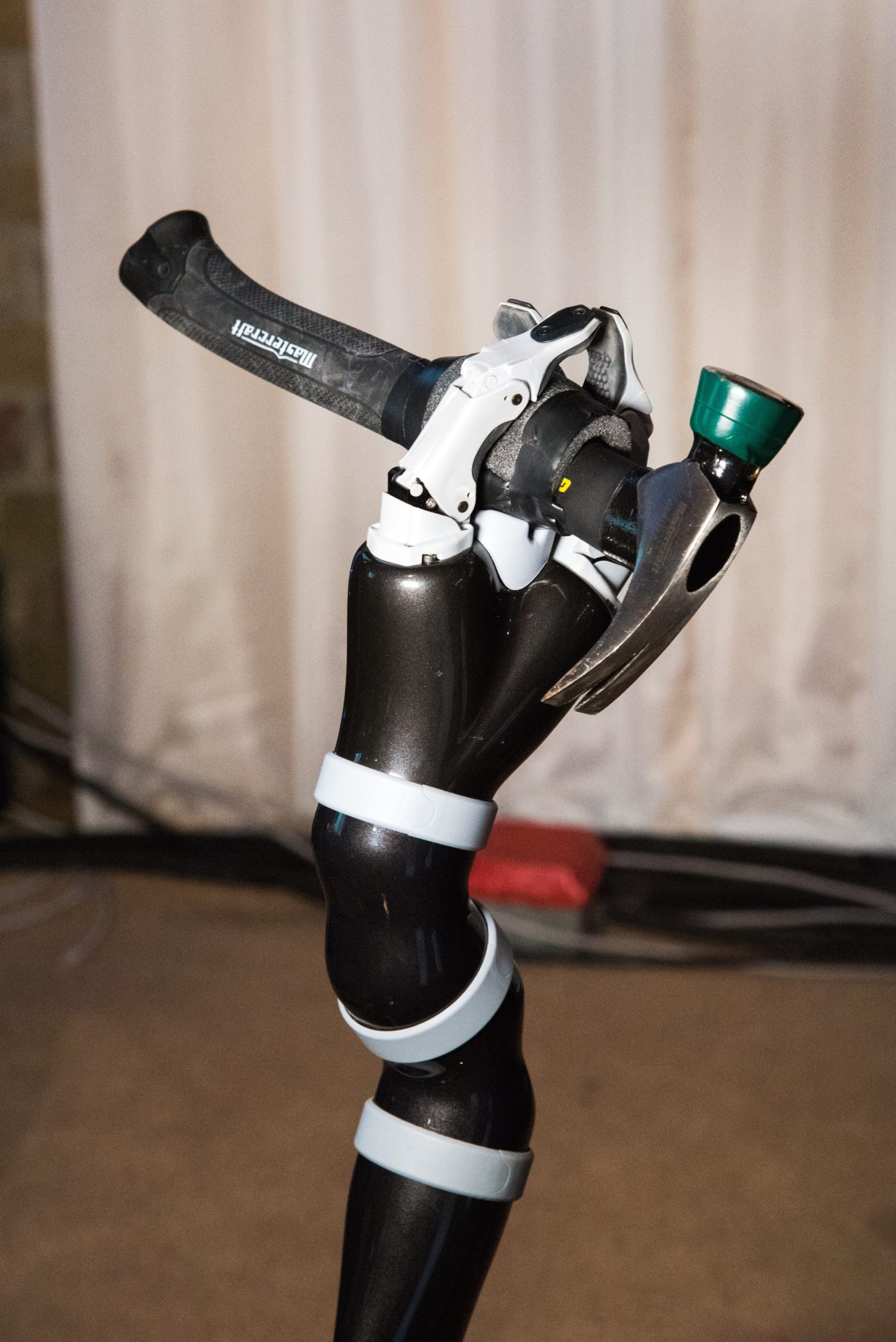 The assembly line arm of the future
Assembly line arms are faster and cheaper than human workers, but they’re a whole lot dumber. The team at the University of Waterloo’s Applied Brain Research lab is trying to fix that by making the process more intelligent. With help of cameras, the arm seen here, for example, can recognize when something is out of a place on the line, stop operating when a human is in the way, and track and grab particular objects, like this hammer. 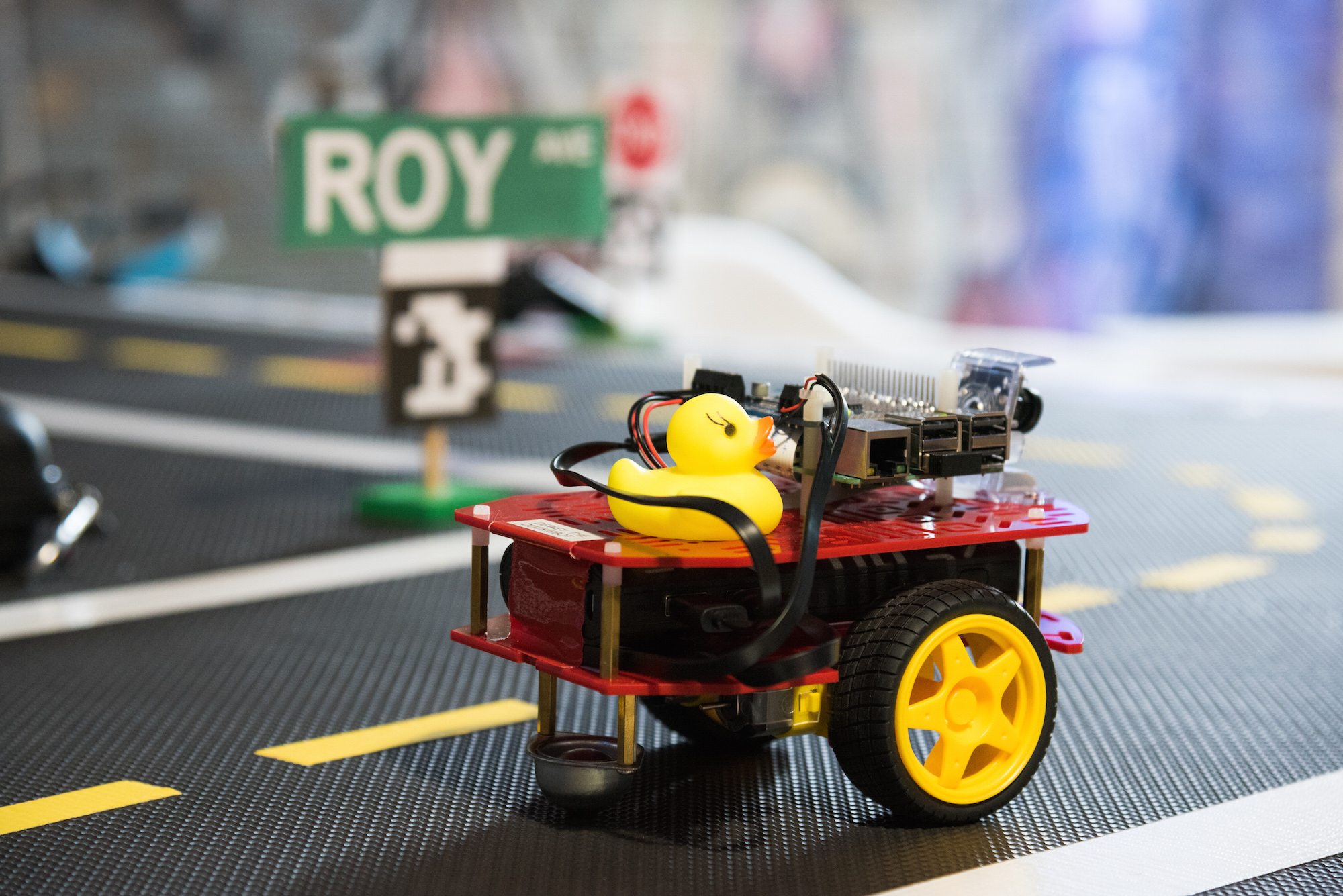 A lab of mini wonders
In the corner of The Lab, Singularity University showed off some bite-sized innovations, like robots, drones and biotechnology kits that change the DNA and colour of bacteria. This device is a tiny self-driving car, developed by a team at MIT that wanted to work on autonomous technology without all the costs of using real cars. 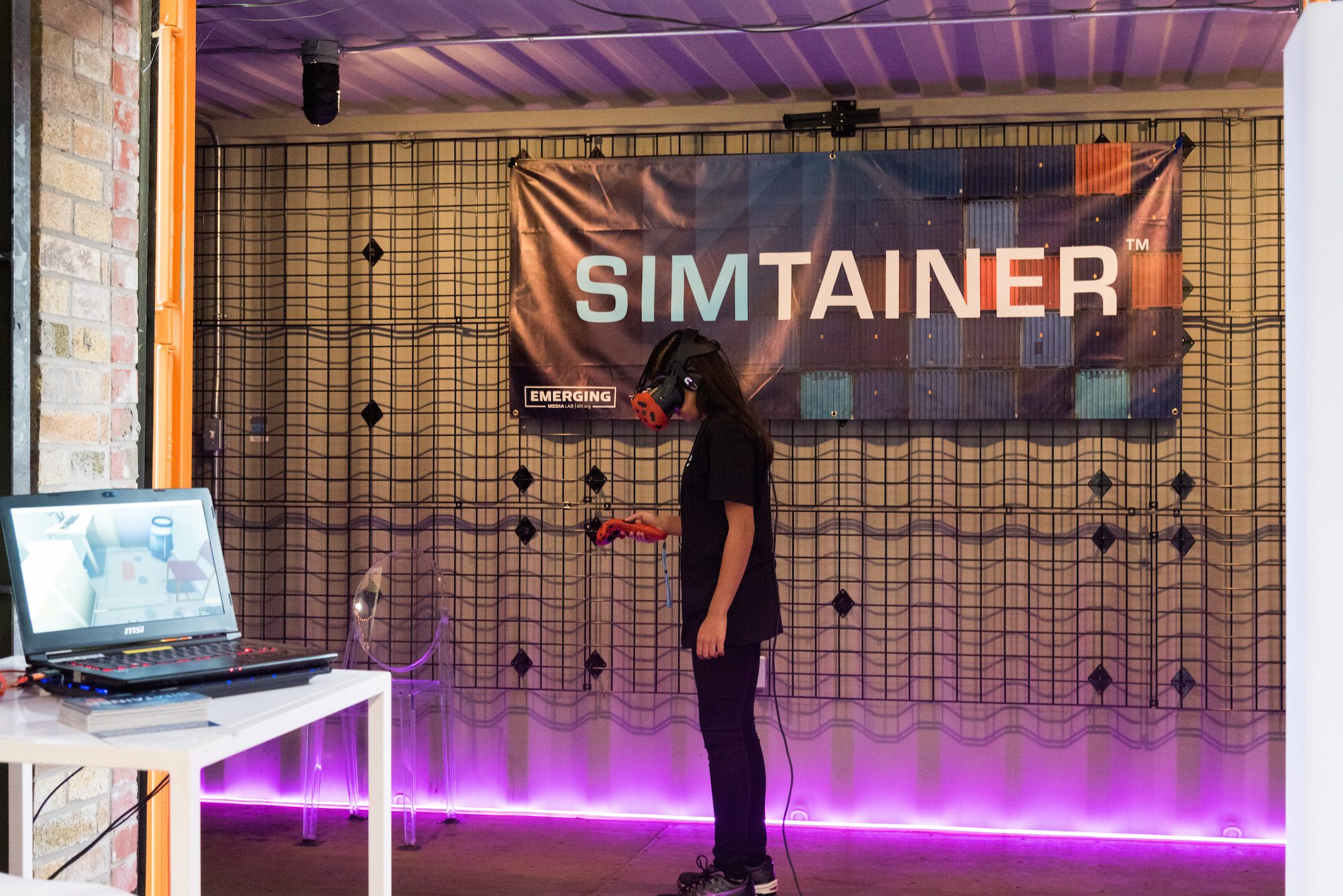 A shapeshifting shipping container
Palo Alto’s Institute for the Future had two VR projects at the Lab. The first, Lyra VR, was like the digital equivalent of Neal Peart’s drum kit: users in VR headsets could use handheld remotes to play percussion pads and pianos, trigger samples and loops and create a musical score. The other installation, Simtainer, also used a headset, this time letting guests explore three different virtual worlds built within a shipping container: a mini medical clinic, a tiny home and a micro-greenery. 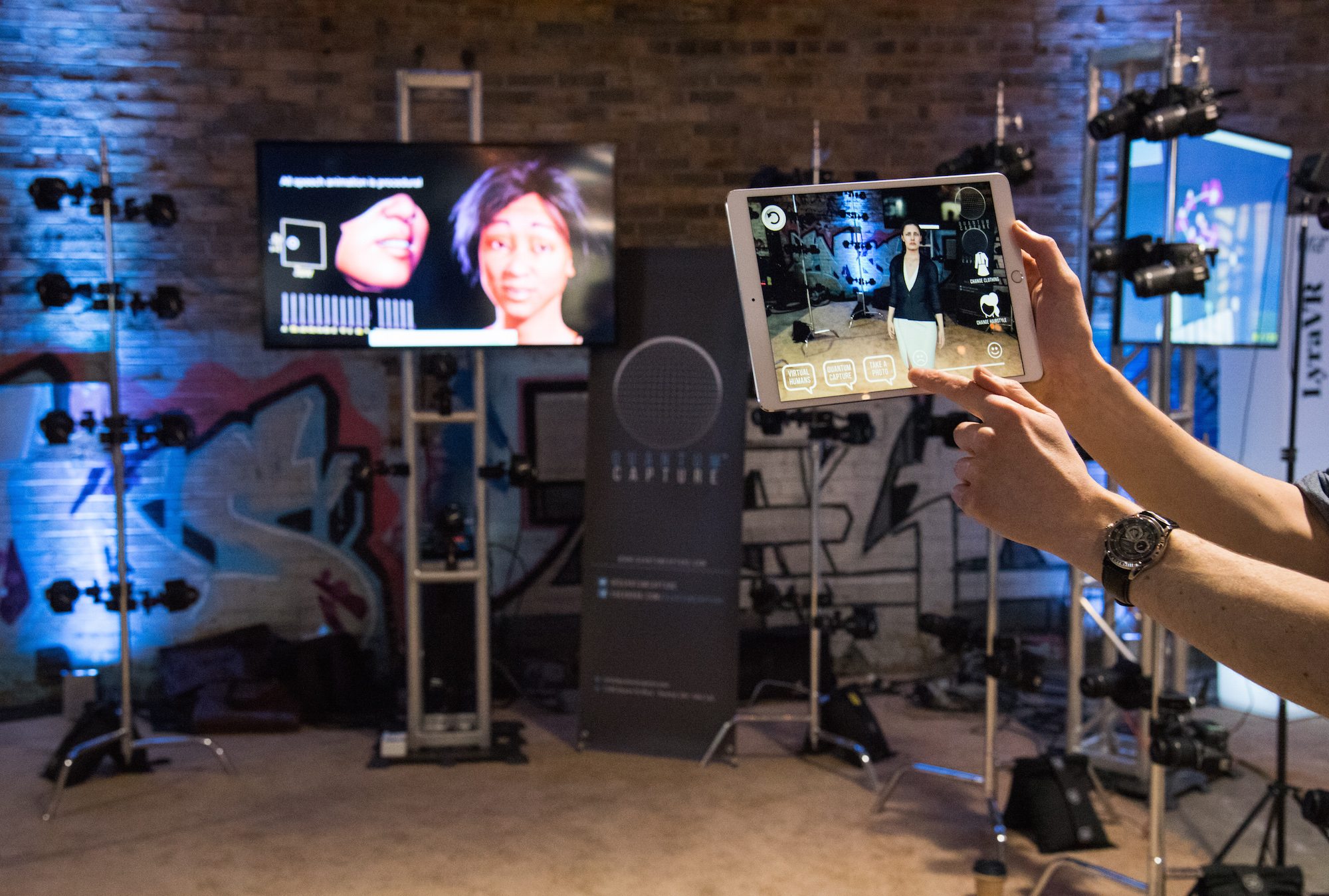 A 3D photo studio
Toronto’s Quantum Capture uses 112 Canon cameras to create a three-dimensional digital replica of a person’s body. By taking multiple pictures, it can also capture a range of facial expressions. The result is a virtual avatar that can be used in films, TV and video games. Quantum Capture has partnered with Ubisoft for the Far Cry series as well as Hideo Kojima of Metal Gear Solid fame, and it built an avatar of director Guillermo del Toro during TIFF. 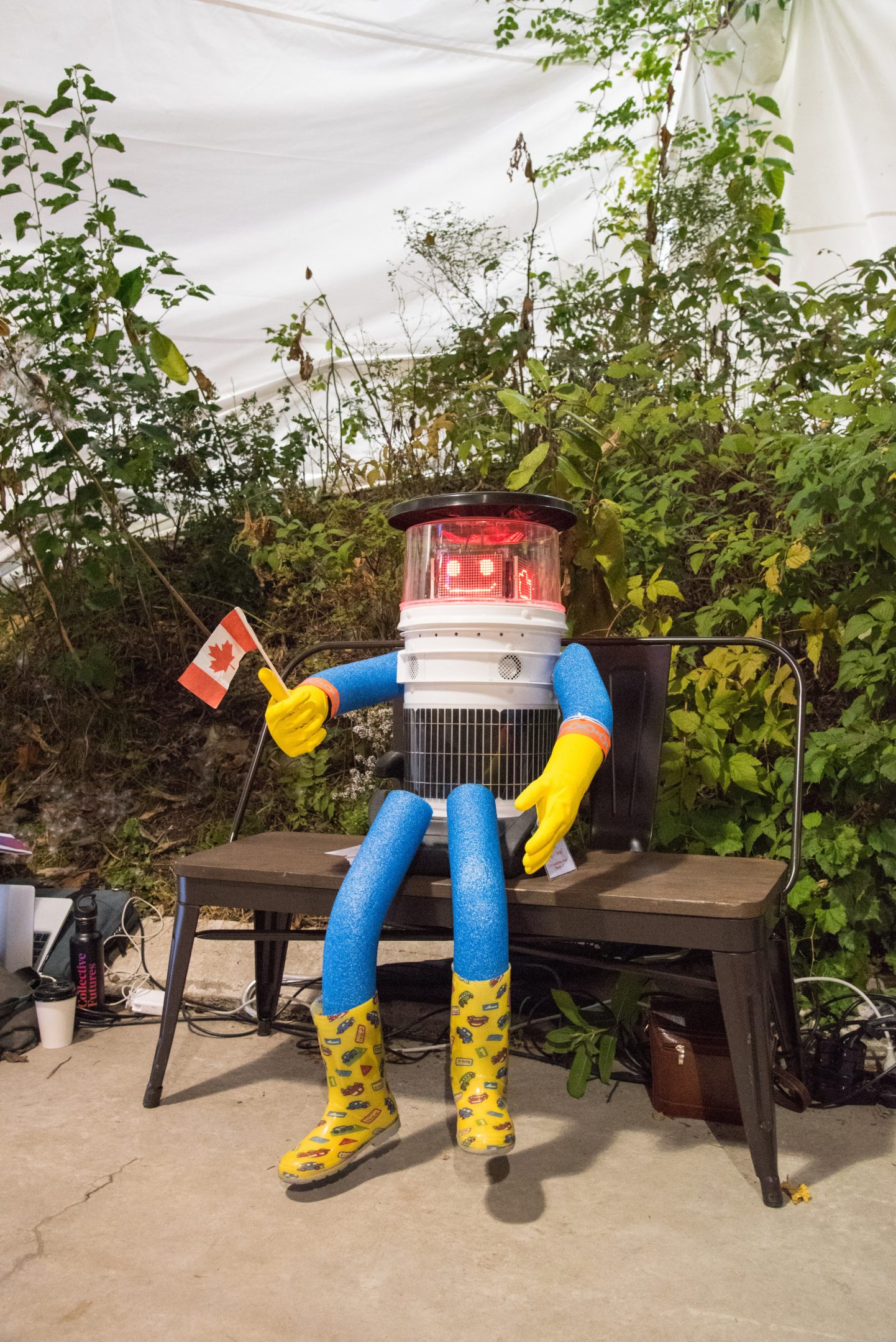 A hitchhiking robot
Two professors from McMaster and Ryerson Universities invented this adorable robot, who relied on the kindness and curiosity of human drivers to hitchhike alone from Halifax to Victoria, as well as through parts of the U.S., Germany and the Netherlands. It lives in Port Credit but made a stop in Toronto for the Summit.