Can you think of anything more interesting than the story of a person’s life? 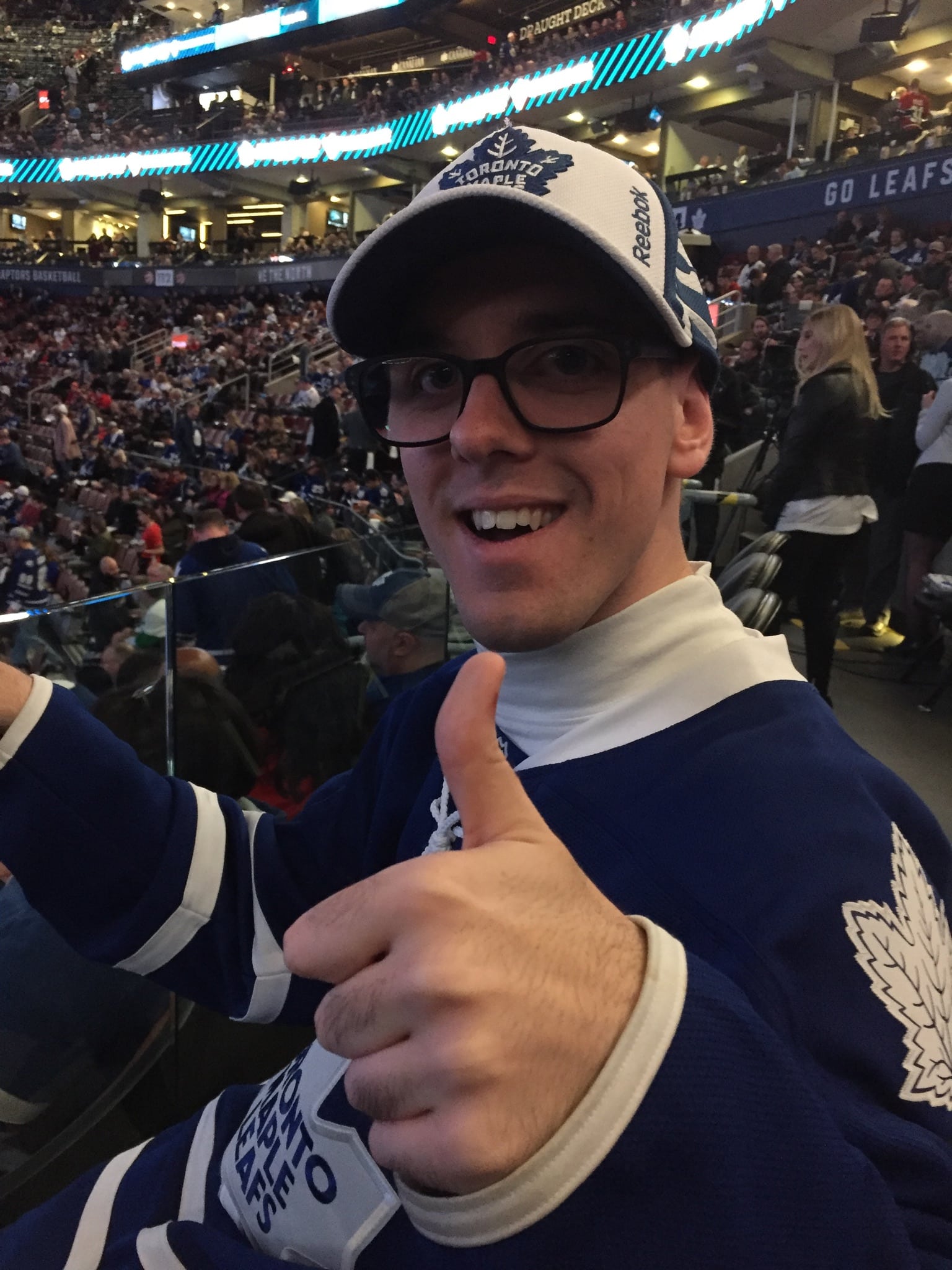 I love reading autobiographies of well-known athletes and artists. I especially love learning about their humble beginnings and the challenges they faced and, more important, overcame on their path to success.

They inspire me because I’ve faced a few of my own, though I’m still in the early chapters of my life’s story. I’m Casey, and I’m a 22-year-old college student with cerebral palsy studying broadcast journalism.

My dream is to be a broadcast journalist or an on-air television host. I think that would make me the first on-air talent with cerebral palsy. Can you imagine that?

My interest in broadcast journalism started when I volunteered with a fundraising telethon. I was fascinated with how it all worked — you should have seen the craziness in the control room, the action-packed, fast-paced environment, the cameras rolling . . . it’s no wonder I was hooked.

Unlike other young people, I don’t turn on the news and see or hear an anchor who looks or sounds like me. And because of that, for a long time I didn’t think I could succeed at becoming a broadcaster. But Holland Bloorview Kids Rehabilitation Hospital showed me that my dreams really are possible.

Let me explain what I mean. I first came to Holland Bloorview in 2014 for rehab after leg surgery. During my stay, I learned about the hospital’s amazing employment programs, which helped me get my first job. An independence program later gave me the chance to live in a university residence where I learned the day-to-day skills to live on my own. Not what you’d expect from a hospital, is it? In case you can’t tell, I like challenging expectations too.

Even with Holland Bloorview’s wonderful support, college hasn’t been easy. My classmates sometimes see the walker and hear my difficulty speaking and are quick to make judgements and assumptions.

I’ve been in group projects where I felt my classmates didn’t want me involved. I’ve been excluded from off-site filming projects because of my disability, and I was forced to raise my complaints with my instructors. I get so frustrated because they choose to focus on what I can’t do, not on what I can.

Outside of school isn’t much better. You’d be surprised how often I catch people staring. And I hear the whispers. I especially hate it when people say, “What’s your name?” and I’ll respond. And then they’ll turn to my mom and ask, “How old is he?” Ummm, I just told you my name. I can talk.

Others just choose to keep their distance and never engage with me because they don’t know how to deal with a disability.

I remember thinking that — if this was going to be everyone’s mindset — becoming a journalist was hopeless. In fact, after my first year in the program, I was ready to drop out.

But I didn’t quit. I talked with family who believed in me, and I was determined to show everyone that I could do it, regardless of what anyone thought. Now I’m entering my final year and I’m getting so excited about starting my career. I can’t wait to be part of a newsroom.

And I’m thrilled to say, things are getting a little better. My classmates are beginning to understand that I can do just about anything they can. I just have to do it a little differently or need a little more time. 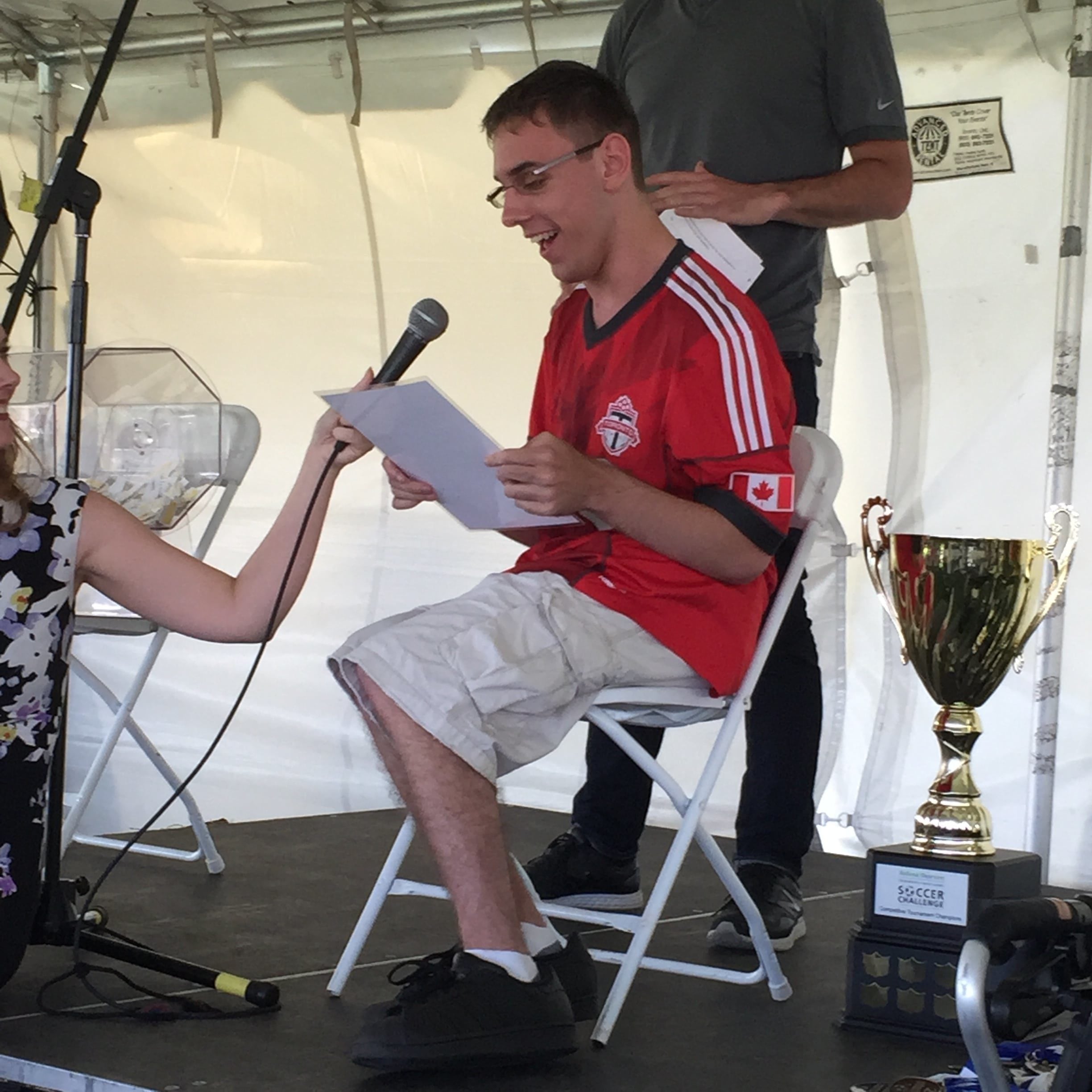 There’s still so much to do, though. That’s why I’ve chosen to be a spokesperson for the Dear Everybody campaign at Holland Bloorview. Young people like me have waited long enough to be seen and heard.

Dear Everybody is a national public awareness movement and campaign that’s focused on challenging and breaking down disability stigma and stereotypes that I’ve experienced all too often.

It focuses on major issues such as employment, bullying, friendship, education and health care, spreading awareness and providing tools to help show you the role you play in building an inclusive society that includes young Canadians with disabilities like me.

I’m hoping Dear Everybody, and the message of inclusion it carries, will help you see that my disability doesn’t define who I am. There’s so much more. And one day, when you watch the news, you’ll see my face or hear my voice.

Visit deareverybody.ca to support Casey and see what a world without stigma looks like.