The best things we saw at Toronto FC’s victory parade

The best things we saw at Toronto FC’s victory parade

After many years in the wilderness, Toronto FC, the city’s Major League Soccer franchise, finally won it all on Saturday, with a two-nothing victory over the Seattle Sounders in the MLS Cup. Although soccer isn’t as big a deal in Toronto as baseball, hockey or basketball, Toronto FC’s fans make up in rabidity what they lack in numbers. Today’s victory parade, which cut a path from the Air Canada Centre to Nathan Philips Square, drew a sea of red-clad supporters who were thrilled to have a real accomplishment to celebrate, at last. Here are the best things we saw.

The festivities kicked off at the ACC, where the big screen was red for the occasion: 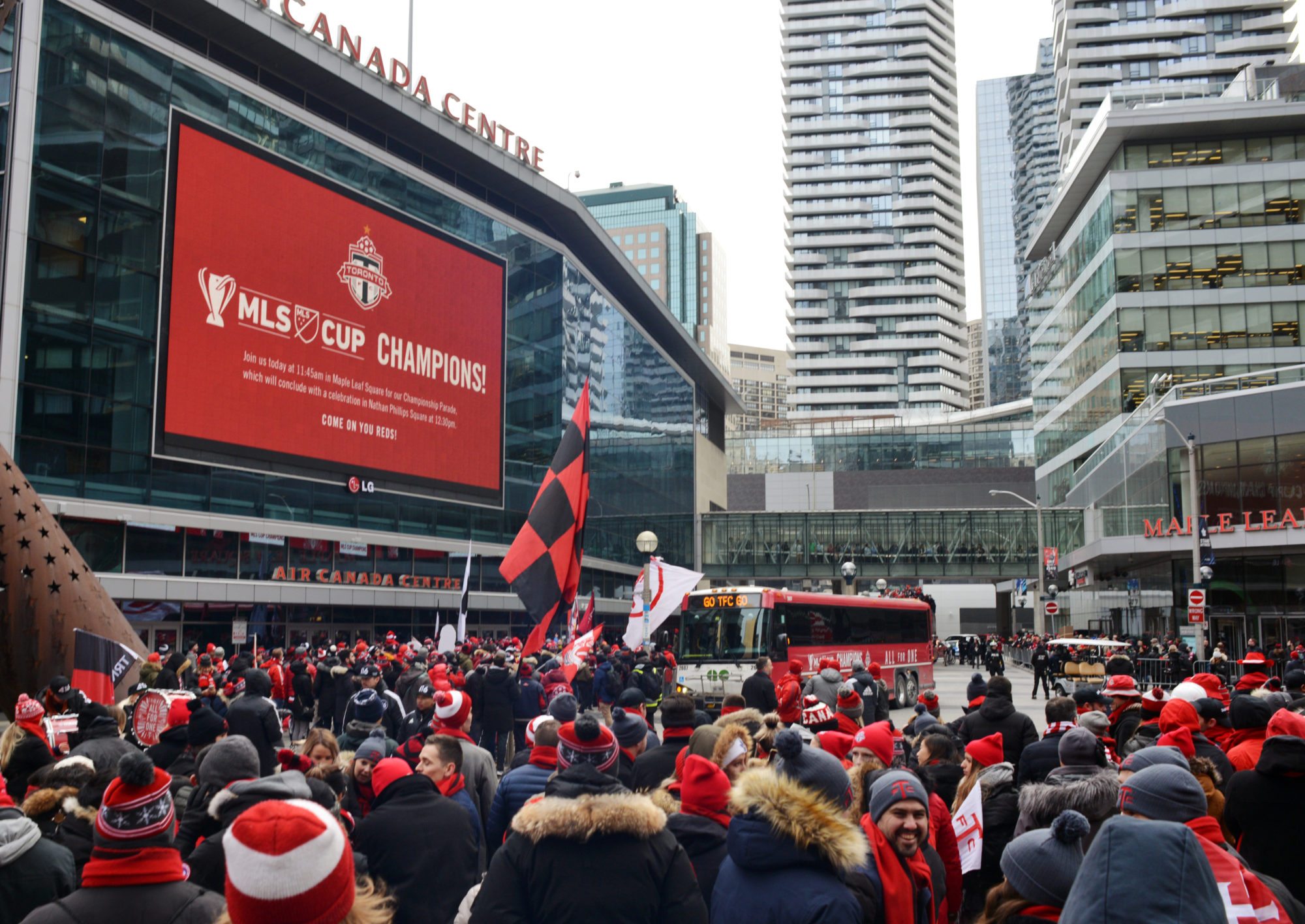 The conquering heroes travelled by double-decker bus (red, naturally), and sprayed the crowd with champagne: 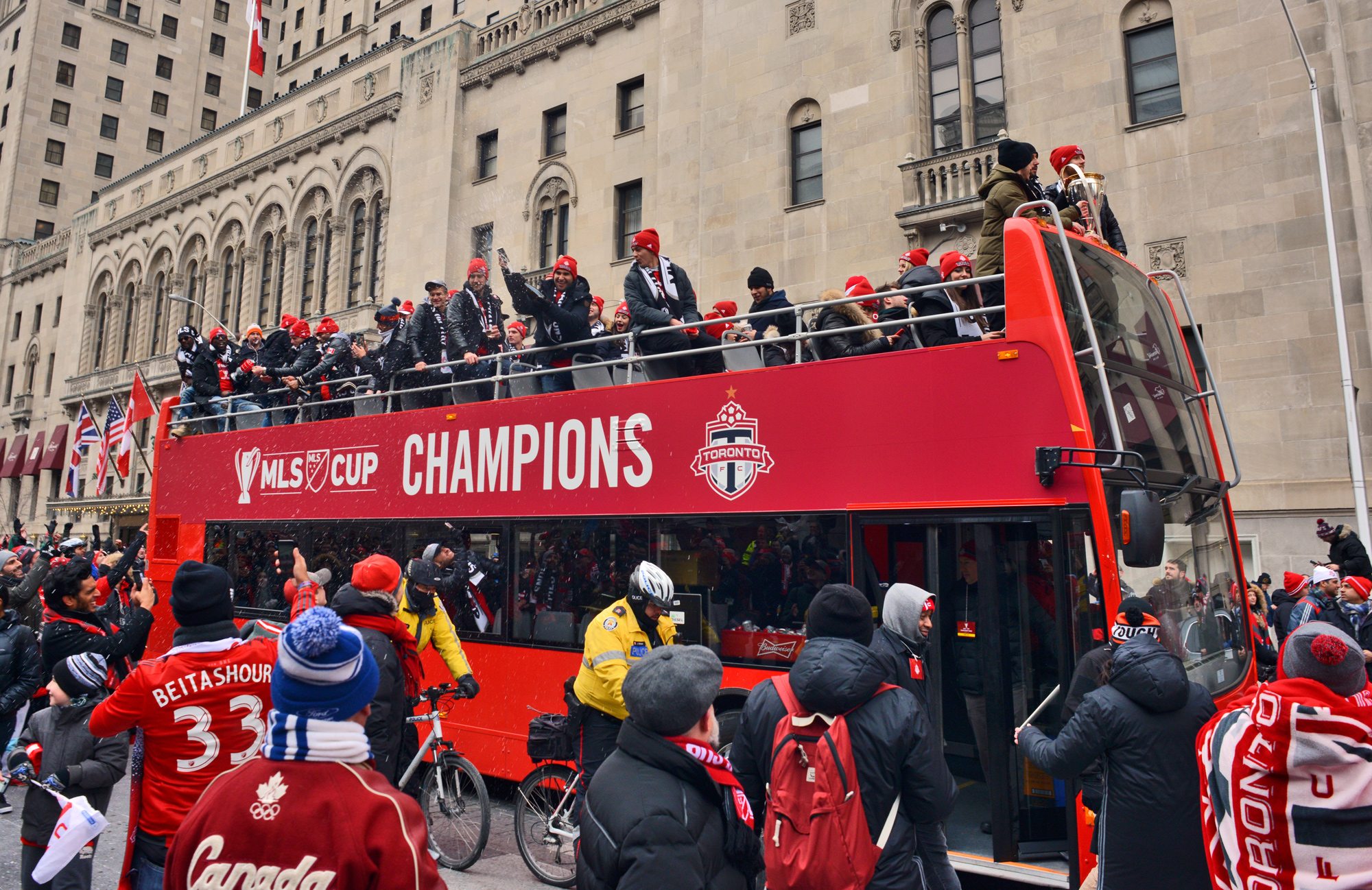 Toronto FC’s many fan clubs were out in force. Here’s U-Sector, an independent supporters’ group that sits in section 113 at BMO Field: 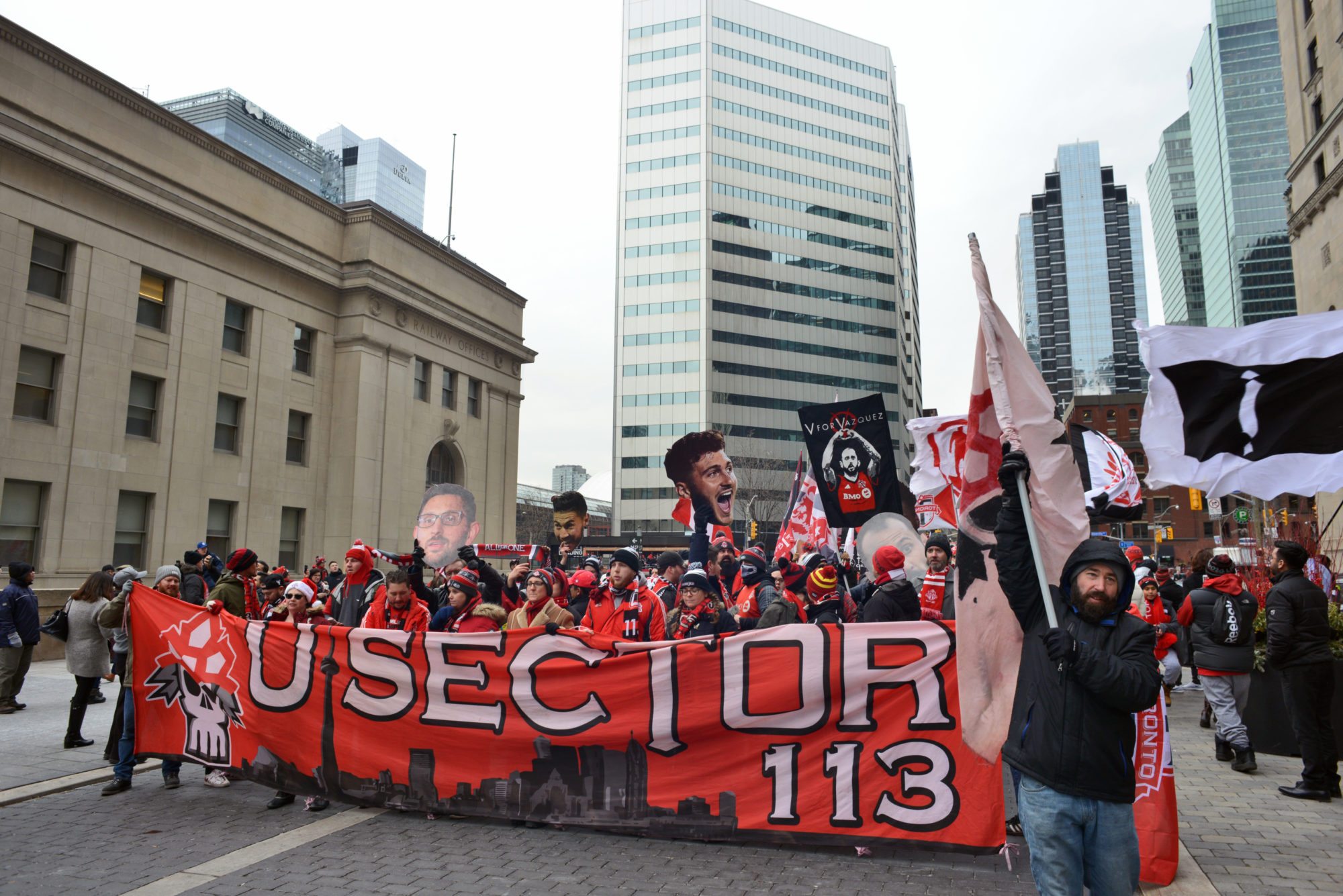 These guys belong to the Red Patch Boys, an official supporters’ group: 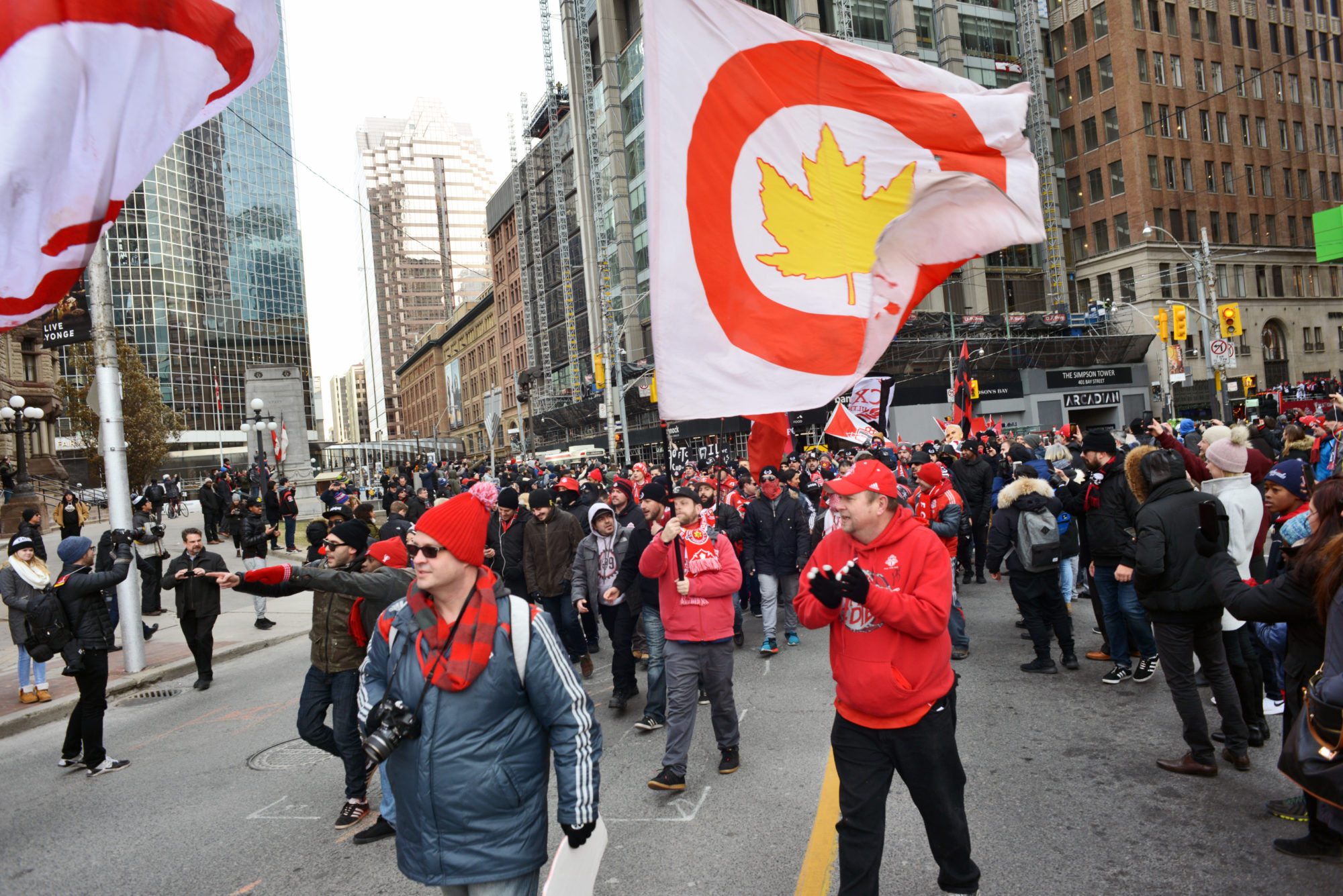 And here’s someone flying the flag of the Inebriatti (the black square in the background), who are known as the rowdiest of the fan groups: 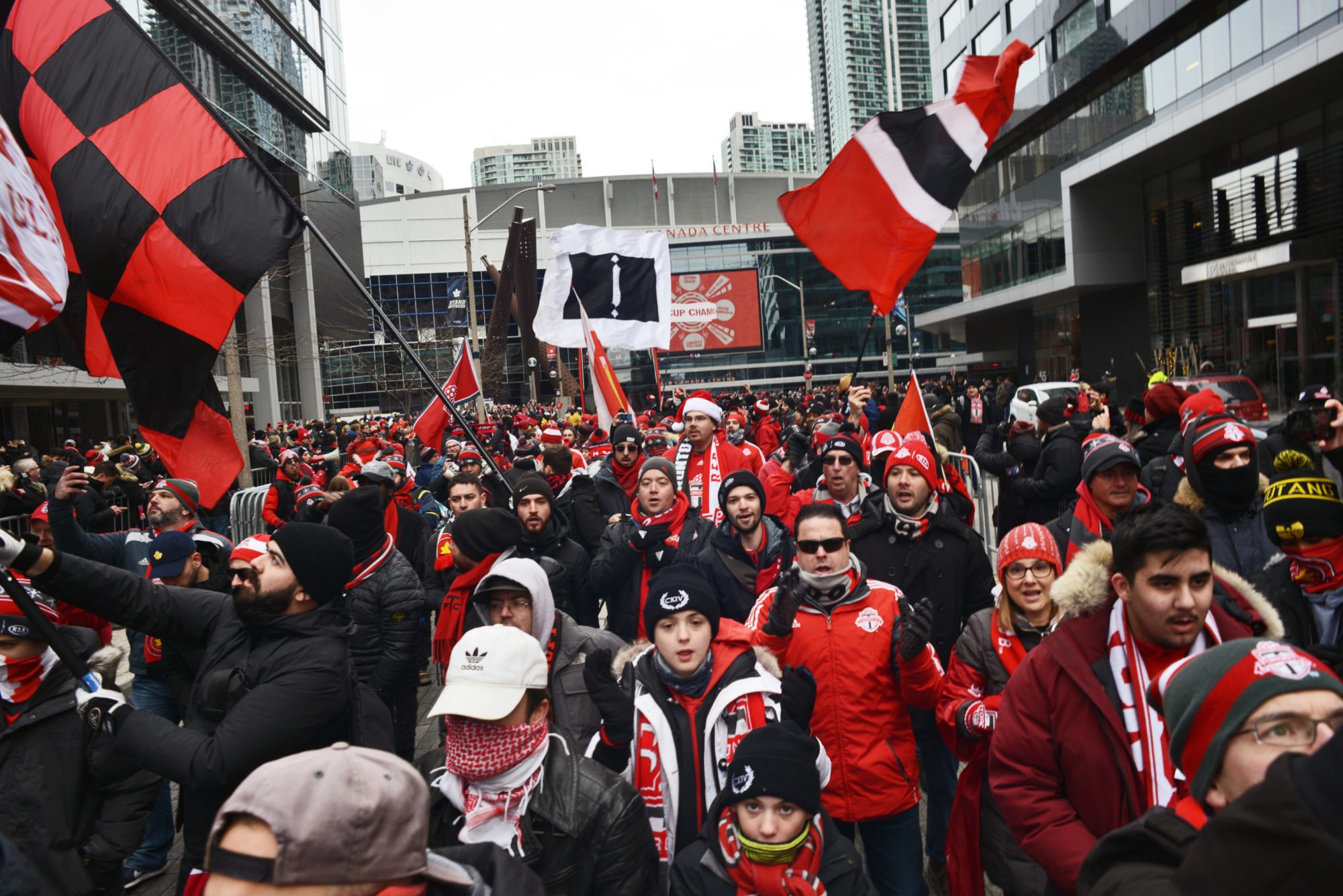 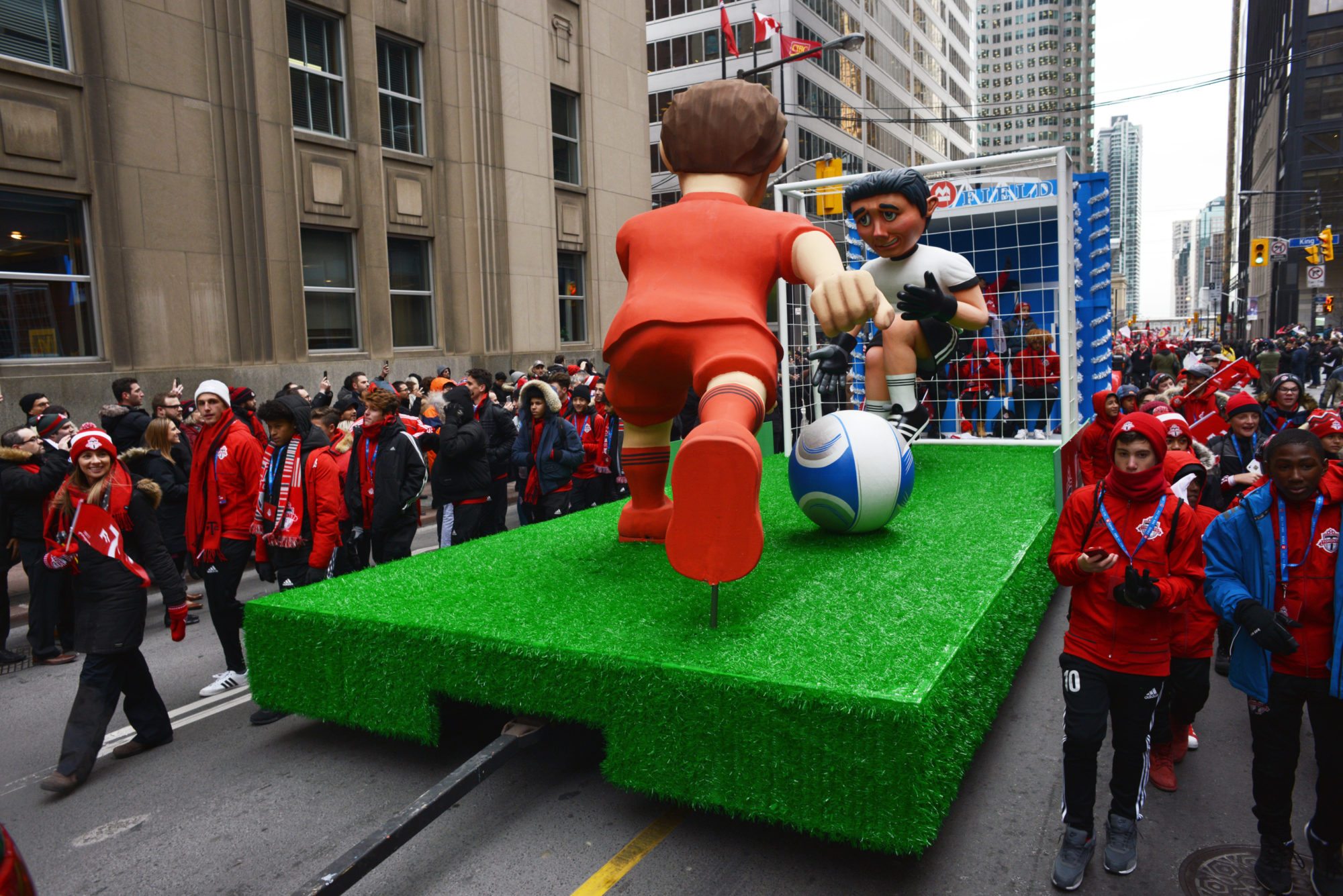 After about 45 minutes of marching, the parade’s participants converged on Nathan Phillips Square for a victory rally: 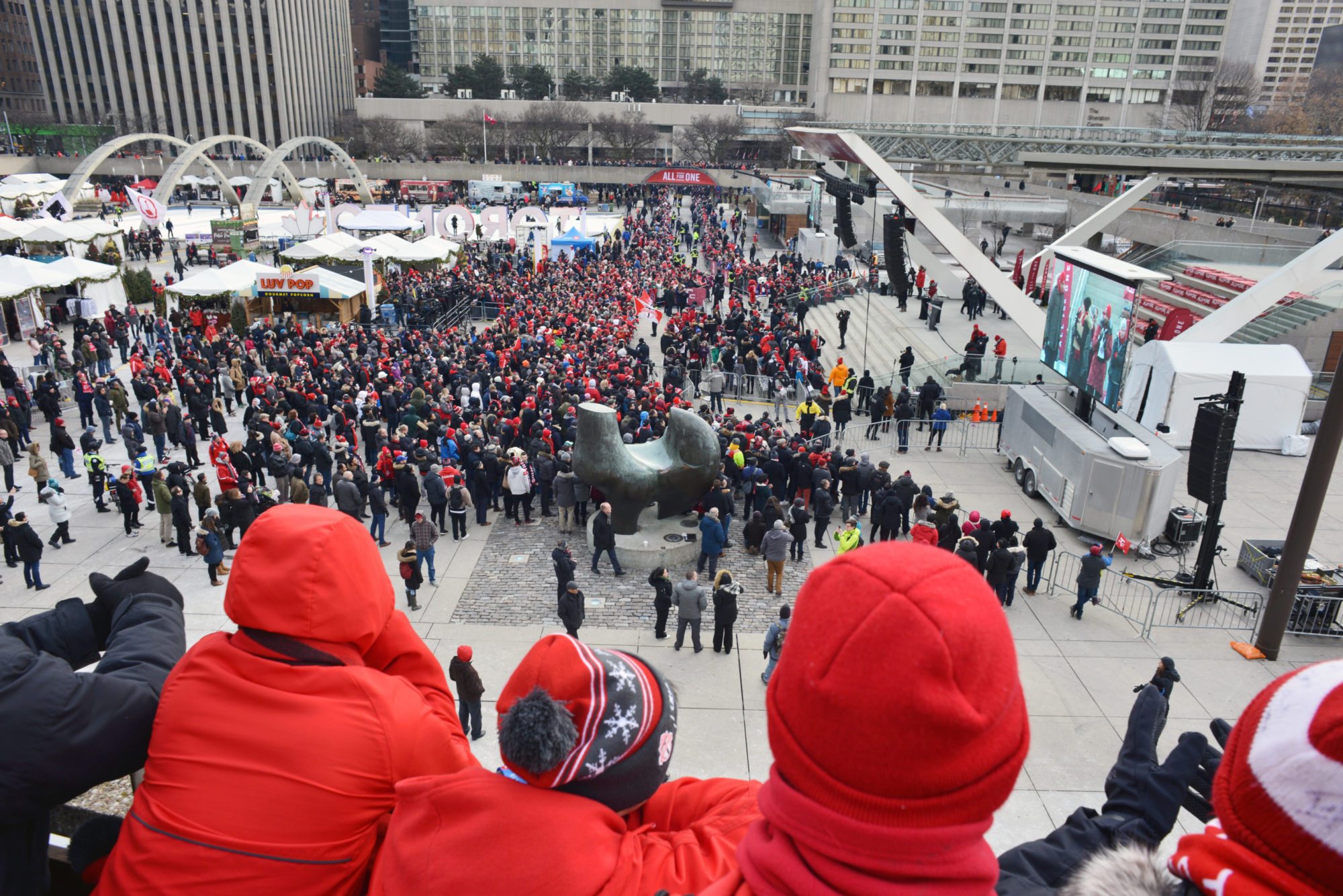