“Being a little older can give me an advantage”: Jeopardy! champ Ray Lalonde on his delightful 13-game winning streak

“Being a little older can give me an advantage”: Jeopardy! champ Ray Lalonde on his delightful 13-game winning streak

The Toronto brainiac talks game show secrets, the mistakes that will haunt him and the strangest messages he’s received from fans 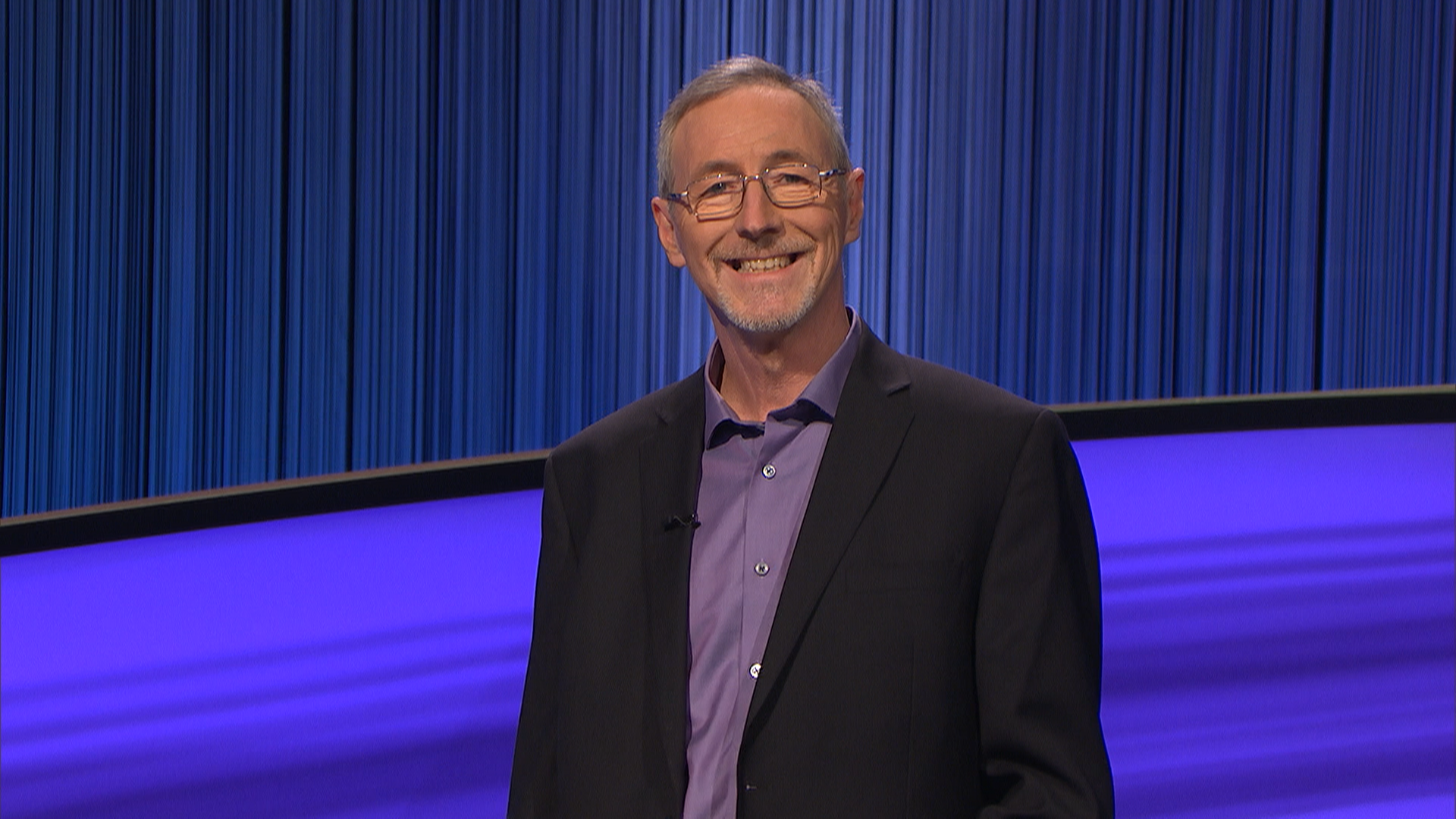 For the second time in recent memory, a Toronto contestant on Jeopardy! was the one to beat. The Beaches resident Ray Lalonde won hearts and $386,000 (US) over a thirteen-game winning streak that secures him a place in this season’s Tournament of Champions. His loss earlier this week was tough, but he’s taking it in stride and staying off social media. Here, he reveals the answer that gave him the most satisfaction and explains—attention Twitter trolls—that his signature swaying habit is the result of a health condition.

Congratulations on your big wins. Were you as devastated as everyone else by your loss?
No. I was having too much fun taking it one game at a time—every time I won meant I got to play again. I was doing decently during that last episode, and I was feeling relaxed and trying to enjoy myself. Then there was that category where the first letter of a word was the same as the last letter. I buzzed because an answer came into my head, but then I realized it didn’t fit the category.

Is it safe to say that the correct response—”What is excise?”—will haunt you?
Ha! No, not that one. I buzzed in on a question asking which Gilbert and Sullivan operetta was set on a Royal Navy vessel. The answer, of course, was H.M.S. Pinafore. My uncle was in an opera company, and I’ve been an opera fan my whole life—I can sing H.M.S. Pinafore!—but for whatever reason I just froze and couldn’t think of it.

Does that happen a lot?
Definitely, because of the lights and the pressure. I think everybody on stage knows the answers to most of the questions, so it is really an issue of how quickly you can come up with them and hit the buzzer.

I’ve heard the buzzer can be brutal…
They actually coach you on the buzzer during the practice round. There is a light beside the board that turns on when the question is finished. If you buzz before it goes on, you’re locked out for a half-second, which can make all the difference.

You were famous for clawing your way back to the top in Final Jeopardy. Did you think you still had a chance to turn things around?
The Final Jeopardy category was foreign-born authors, which I’m pretty good in, but then I remembered that Lloyd Sy, who ended up winning the game, was a PhD student in literature, so I knew that he was definitely going to have the answer. I was fine with that. I played a good game, and that was it. I’m perfectly happy with the way it ended.

Unlike the vast majority of your fellow Jeopardy! champs, you’re not on social media. How come?
I have a private Facebook account, so people have reached out to me that way. I try to respond to the messages because people are being nice, but I don’t really want to gain a lot of social media friends or followers I don’t know. I’ve never been on Twitter. When you go on the show, they provide you with some social media coaching. They recommend making your personal account private, and if you want to interact with fans, they suggest that you make a separate public account. But I’m not looking to build my profile. For some people, being on Jeopardy! can be a jumping point to doing something else, but I’m not in that position because I really like my job.

You’re a scenic artist who works on creating film sets. Is that what you always wanted to be?
No. Like a lot of people in film, it’s something I fell into. I went to U of T to study engineering and later switched to physics, but I didn’t graduate. I was working in construction about 30 years ago when a friend and colleague called me up. He was working on a commercial for Ferrero Rocher, and the set had to look like a European ballroom. They needed someone who could create gilding and marble, which I could do, so I took that gig and made a bunch of money. Then there was a job after that and again after that.

You’ve mentioned working on The Handmaid’s Tale. Have you met Margaret Atwood?
I’ve seen her and said hello at the wrap parties.

But that was before you were Ray Lalonde, national treasure. I imagine she knows who you are now.
That may be the case. There have been a lot of emails from people who I work with. Everyone in the related departments, like props and wardrobe, is on a big chain, and people are saying, Wow, I didn’t realize we had this person among us.

Have you been creeping on Twitter to see what people are saying about you?
No, but people send me screen grabs. I saw that Jeopardy! champ Matt Amodio said some nice things, and Rian Johnson, who was a category on the show, said he was a fan. I’m a fan of his, so that was cool.

One woman called you Canada’s Fred Rogers. Is that an accurate description?
That’s very kind. I do try to be a nice guy.

I’m pretty sure you were the first contestant to thank the crew on air.
I work in TV, so I think I could appreciate more than most people the job they do: five shows a day during taping days, which is extraordinary. They are so professional and patient. I work with a lot of very busy people in TV who are not always nice.

The only negative comments I could find about you were from people who found your swaying habit annoying. Did that bug you?
I didn’t pay much attention, but I was a little annoyed because I have an issue with my spine and back. It’s called radicular neuropathy. I’ve lost some of the use of my left hand, and my legs don’t work like they used to.

I’m guessing some Twitter trolls are feeling pretty crappy right now.
I don’t want people to feel bad. I wish I could stand still too. People are always going to find something to nitpick.

With Mattea Roach, it was the hand gestures and the teeth.
Right. And the things people said about Amy Schneider were just horrible.

Which is more difficult: winning a game of Jeopardy! or coming up with one of those anecdotes to tell after the first commercial?
Ha! Well, probably the hardest part of the application was filling out the personal info section, where they ask for some information to prompt the stories. I think I had a few good ones. I got to make a joke on air about having a twin brother. Ken asked if we had ever considered swapping places, and I said, “How do you know we haven’t?”

What is Ken Jennings like?
You don’t actually get to see Ken a lot. Because of the fixing scandals in the ’60s, game shows are very heavily policed, like lotteries. There are a lot of systems in place to make sure that the game can’t be rigged in any way, and one of them is that the host isn’t around the contestants. They have a game show cop on set who draws the names for who’s going to play and what the categories are going to be that day. It’s very randomized.

You’re obviously very smart. Have you always been?
I came from a big family that read a lot. My mom skipped two grades in school. She was always reading, and intellectual curiosity was encouraged in our home. Three of my siblings are PhDs, and everyone is academic. And we’re all competitive.

Did you watch Jeopardy! as a family?
Oh, definitely. At 7:30 p.m., it was Jeopardy! time in our house. Starting back in the ’70s with Art Fleming and then later with Alex Trebek.

You met Alex during a previous audition. What was that like?
Yes, it was back in 2017. There was a tryout at the Royal York, and Alex happened to be in Toronto accepting the Order of Canada, so he came to say hi. He was really lovely, and that’s the same thing I heard from the hair, makeup and wardrobe people when I was on the show. Because I’m Canadian, we were talking about Alex, and they said he was just an absolute gentleman.

Did you have a gameplay strategy?
I tend to go to the bottom of the board for the points, but also because, with a lot of the higher-up questions, everyone is going to know the answers, so it’s more about buzzer speed. With the harder questions, on the other hand, I think the fact that I am a little older and have more lived experience can give me an advantage. I have read more books, been to more concerts and operas.

Was there an answer you were most proud of?
I got to say “Beastie Boys” on the air, which was pretty cool. And there was a question about an element you take care of. I thought of Randy Bachman—taking care of business.

What’s the plan now that your run is over?
I’m taking some time to wind down after my 15 minutes of fame. I’ll go back to work soon, and then I’ll spend some time working on some of the topics that I’m not strong on for the Tournament of Champions.

What topics are those?
A lot of stuff that American competitors are going to be stronger on: American colleges, American history, presidents, that sort of thing. I know I should work on Super Bowl champions, NFL, college sports, but I don’t know if I can do that. It’s so outside my area of interest that I’m not sure I will retain the information.

Have you splurged on anything?
I’m reading a book on European art and history right now that will inform a trip, or a couple of trips, that I want to take. My family is hoping to go to Scotland in the summer. We’ll tour some distilleries, see some castles.

I’m sure a lot of people have mentioned that you have a very soothing voice. I think it was your second game, and I said to my sister, “I could listen to this guy read the dictionary.”
Ha! Actually, quite a few people have mentioned that I should be on radio or record audiobooks. And then there were a few people who said, I want Ray to come to my house and read me bedtime stories, which is nice, but maybe a little much.