Because kids with disabilities belong in the picture too

Because kids with disabilities belong in the picture too

Growing up, most kids have fond memories of collecting baseball cards, stickers, or the ‘90s craze of Pogs. But eight-year-old Malcolm? He eagerly shows off a collection of his prosthetics.

His mom Lesley doesn’t mark Malcolm’s growth with lines on a wall or by reminiscing over baby shoes. Lesley likes to see how much her son Malcolm has grown by the prosthetics he’s collected over the years.

Malcolm was born without a limb below his left elbow. He first came to Holland Bloorview Kids Rehabilitation Hospital at six months old to get fitted for a prosthetic arm. Over the years, he’s collected a range of limbs decorated with funky fabric patterns or pictures of My Little Pony, Star Wars, Transformers, and Marvel characters. He excitedly notes his next one will probably be covered with robots or Pikachu. 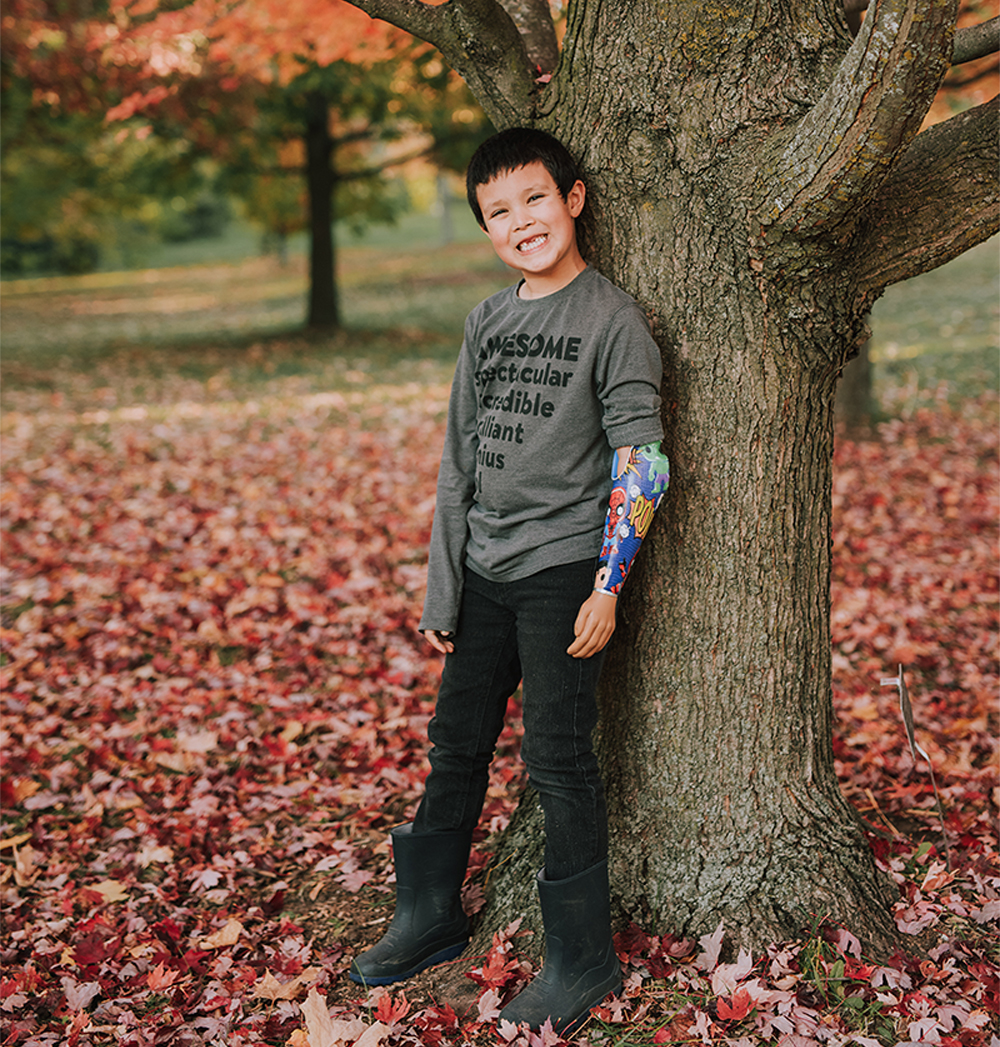 Up until Lesley had Malcolm, she had always associated people with limb differences with war veterans. But when her son was born with a limb difference, and a whole new world was opened up for her.

While Lesley and Malcolm are grateful for the nearby support of families who have kids with limb differences, and the team at Holland Bloorview, Lesley admits that a stigma still exists.

For Malcolm riding his bike, swimming, reading, and feeding his chickens are all part of his day-to-day. And while he’s still figuring out a solid technique to cut his own food, one part of his day that he hates are the stares he gets from strangers.

“Being young, Malcolm often doesn’t understand how to respond to other people just staring or asking him: ‘What happened to your arm?’ or ‘You have no arm,’” says Lesley.

“If I could picture a perfect future for Malcolm, I think it would just be a place where people don’t automatically stare, because it’s the staring that creates that feeling of: ‘I’m different and people don’t like me because I’m different.’” 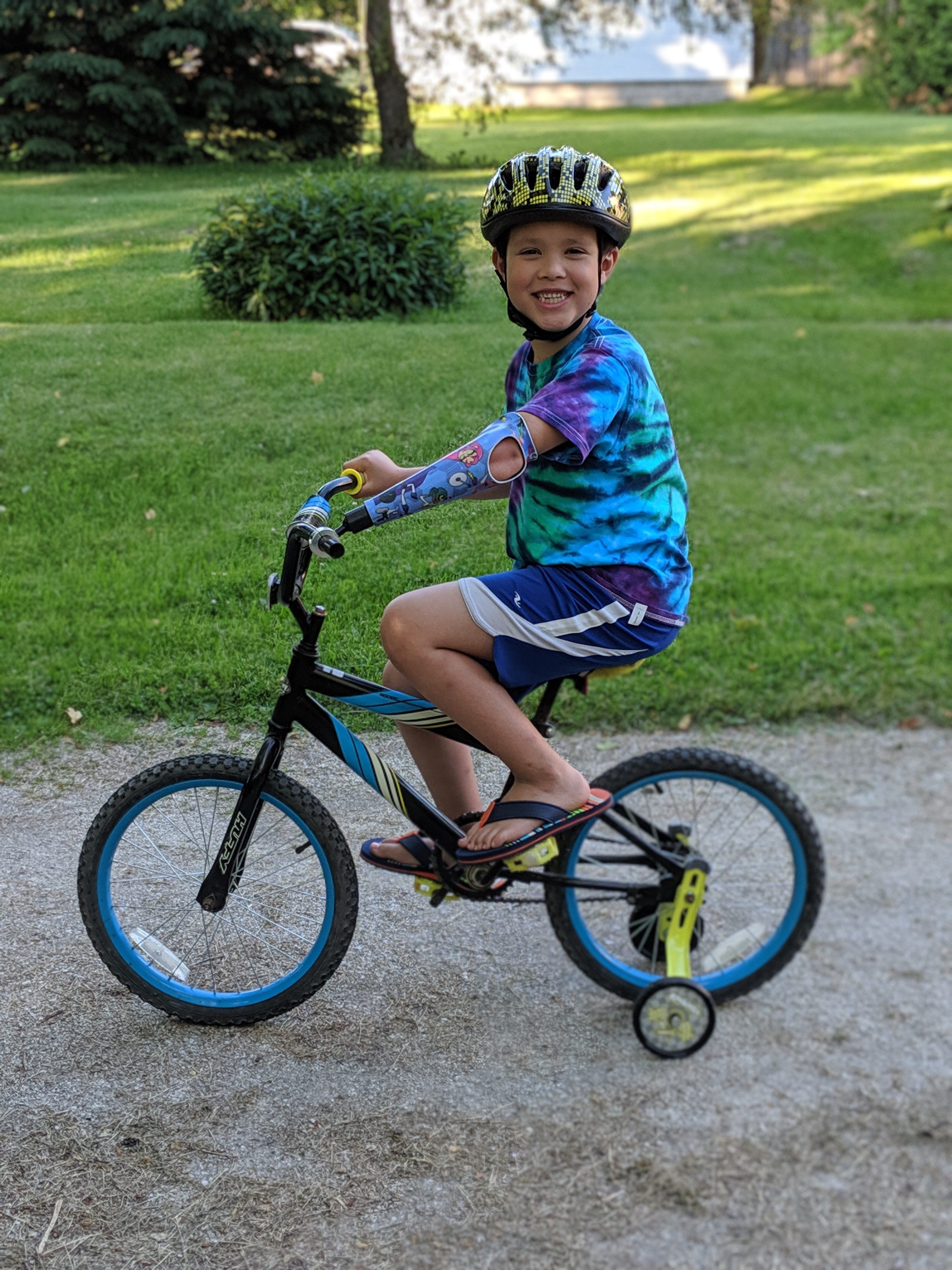 Malcolm is one of 400,000 children and youth in Canada who have a disability. In fact, 22% of Canada’s population lives with a disability—yet that percentage is barely reflected in mainstream media. Holland Bloorview’s Dear Everybody campaign hopes to change that.

Now in its fourth year, Dear Everybody advocates for including disability in the media landscape by highlighting the reasons why representation is important. The powerful statements that are central to the campaign come from real Holland Bloorview clients and families who hope to address the stark reality that an understanding and authentic representation of disability is still lacking in society.

“Campaigns like this are so important, because I can’t think of a single movie or TV show that has kids like Malcolm in it,” say Lesley. “I think they definitely need to get represented a little bit more, especially in kids shows, because I think they’re the ones that, growing up, will learn to accept things at a younger age.” 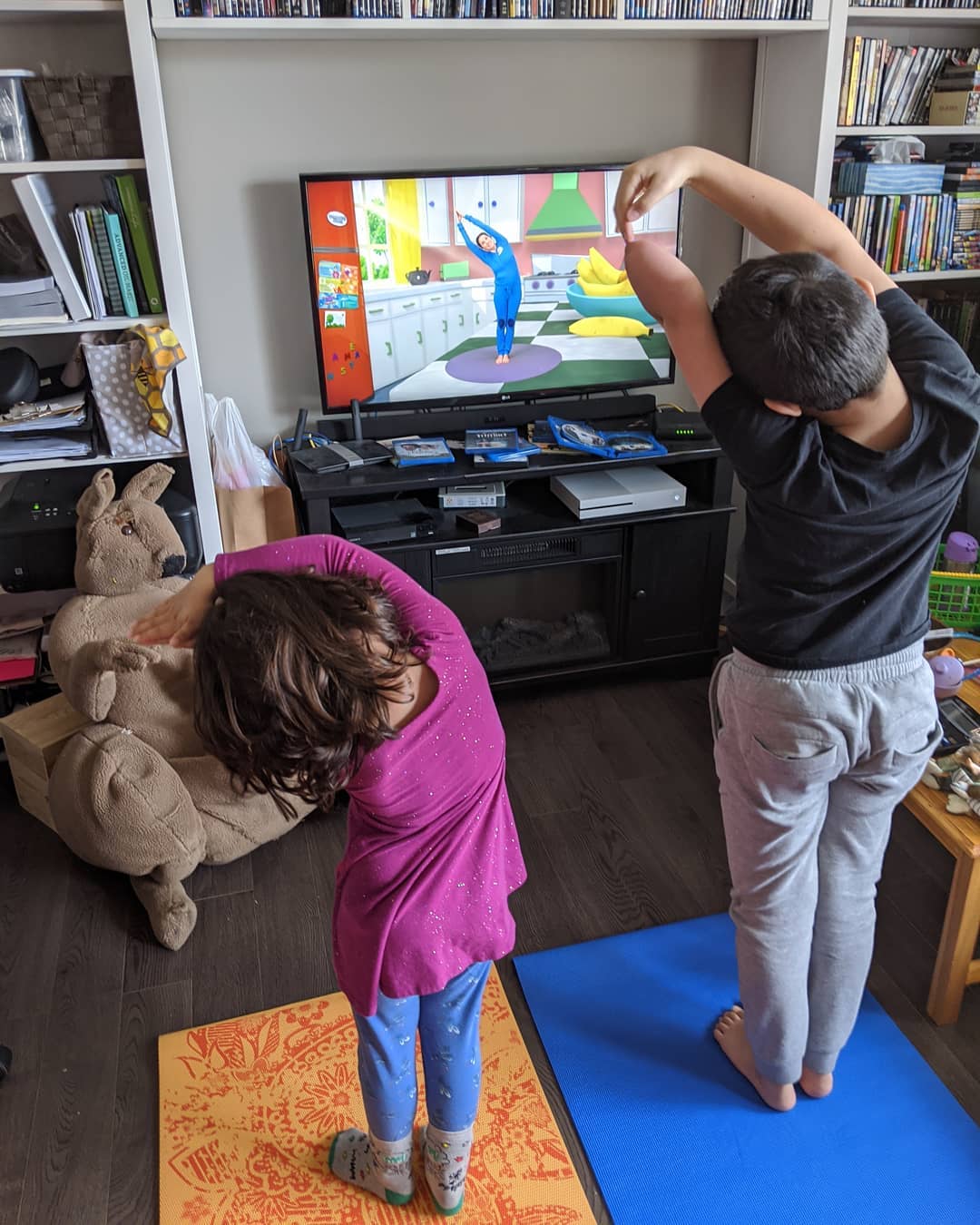 According to a new study by GLAAD, 3.1% of series regular characters had a disability on broadcast TV, compared to the 2.1% from the year before. While this number does signal progress, it’s remains a stark reminder that more work needs to be done.

Malcolm adds representation at an earlier stage would be great.

“Because some people can use two hands and some people use robot hands or robot legs to help with stuff. That doesn’t make them any different,” he says.

It’s a sentiment Lesley could not agree with more.

“Everybody deserves the opportunity to feel like they belong,” she says. “I think that’s a really important message for people to realize: that [kids with disabilities] really aren’t different and they all deserve a chance to do anything that anybody else can do.”

And you can help Holland Bloorview create a world where everyone belongs. Visit deareverybody.ca and sign the Dear Everybody Agreement. Pledge to advocate for inclusive and diverse representation on screen and beyond.

Because everybody deserves to be seen.

Because kids with disabilities belong in the picture, too.