Inside Nova, a cannabis store with a deli-style weed display, high-tech accessories and 3-D art installations

Inside Nova, a cannabis store with a deli-style weed display, high-tech accessories and 3-D art installations 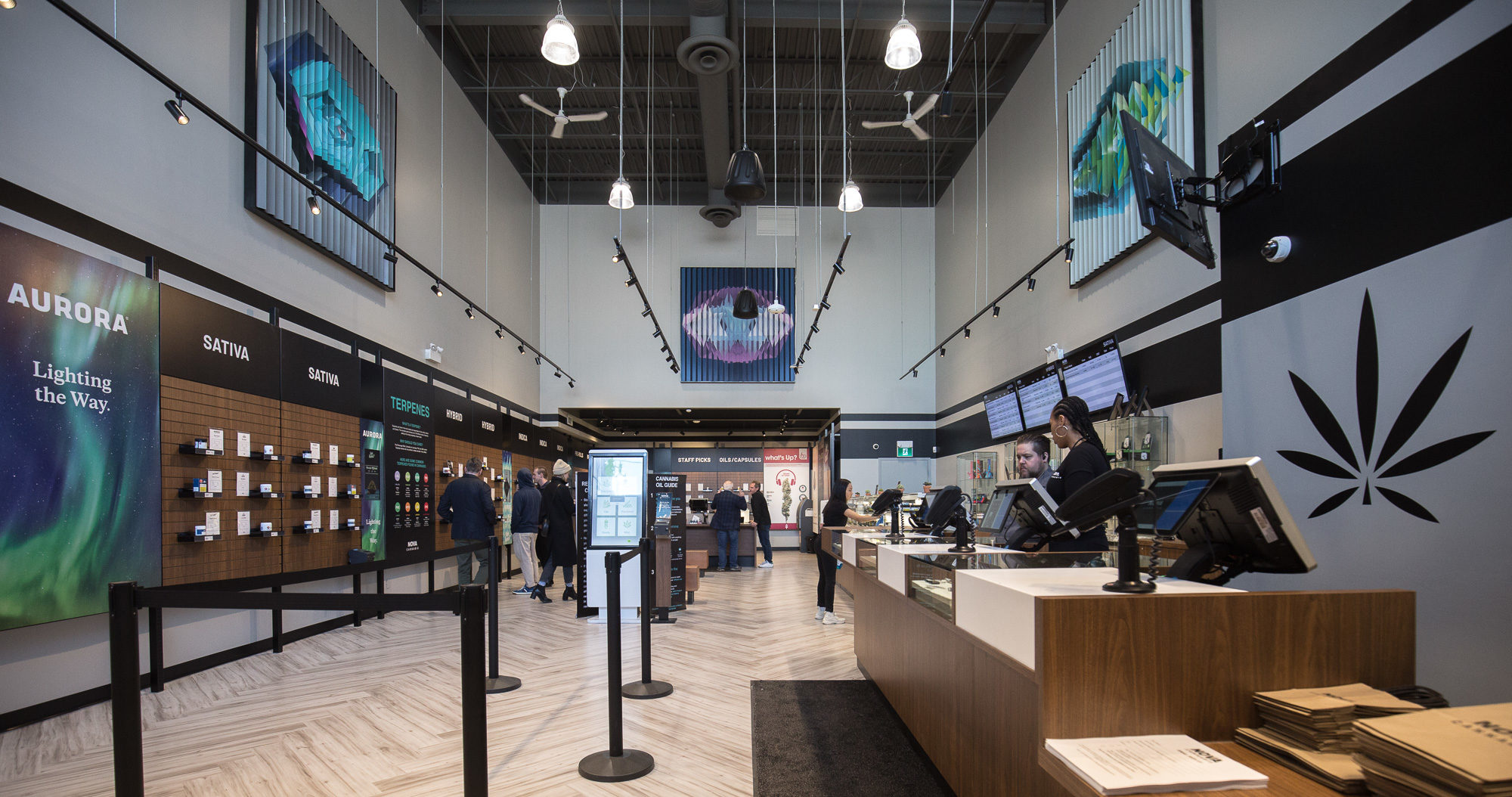 Toronto’s third cannabis store, Nova, officially opened its doors on 4/20. Owners Heather and Rory Conlon have spent the past two decades running a lock and safe company in Mississauga. One of their lock shop clients, Alcanna, is an Edmonton-based alcohol retailer that opened five cannabis stores last year in Alberta. Conlon noticed the epic lineups the stores were attracting and decided to place her name in Ontario’s lottery. When she won, she reached out to Alcanna to arrange a licensing agreement.

They looked at a few different retail locations and settled on the former American Apparel space at Queen and Spadina. They replaced the floors, installed display cases and high-tech kiosks and sourced artwork from up-and-coming designers. The final design has the bright, open-concept feel of an Apple store.

Nova carries everything that’s available through the Ontario Cannabis Store, as well as an impressive lineup of accessories, including high-tech vaporizers, chic pipes and colourful bongs. Here’s a look inside.

The deli-style countertop displays all of Nova’s offerings: 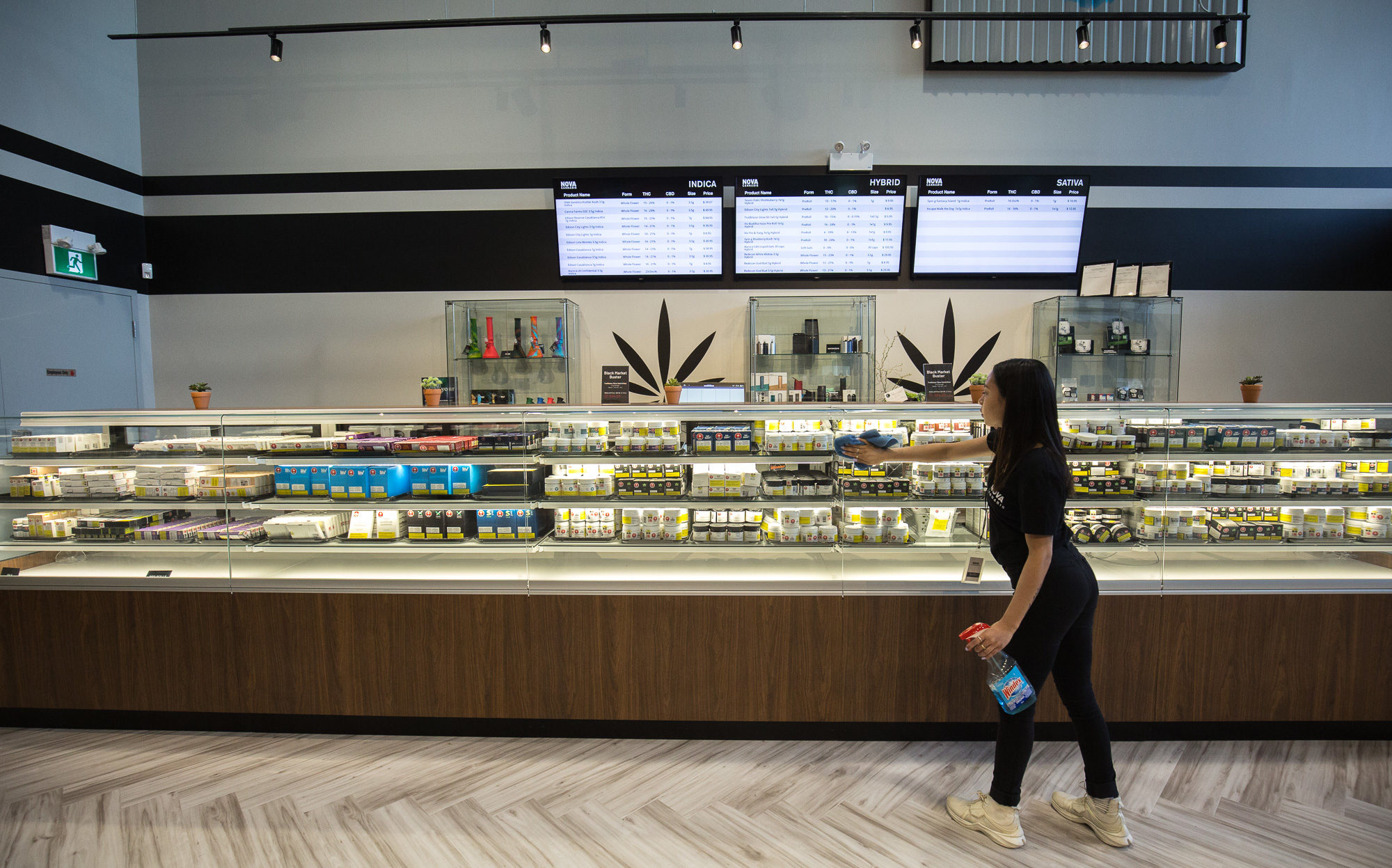 For customers who prefer the DIY approach, there’s a kiosk where you can place an order, take a number and wait for staff to prepare it: 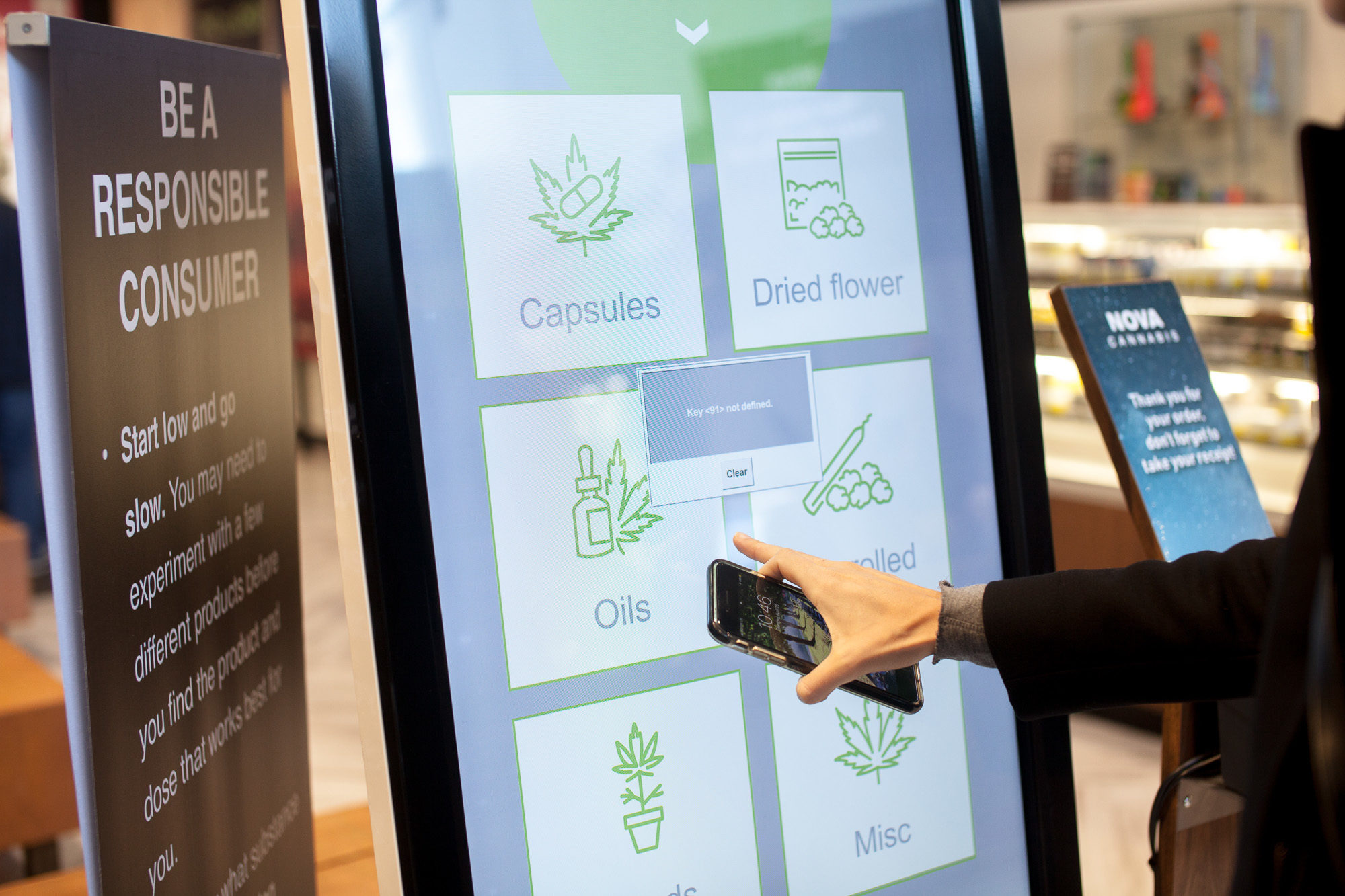 There are a few “sniff jars,” where customers can see and smell specific strains of weed. This is an Aurora Indica blend called “La Confidential”: 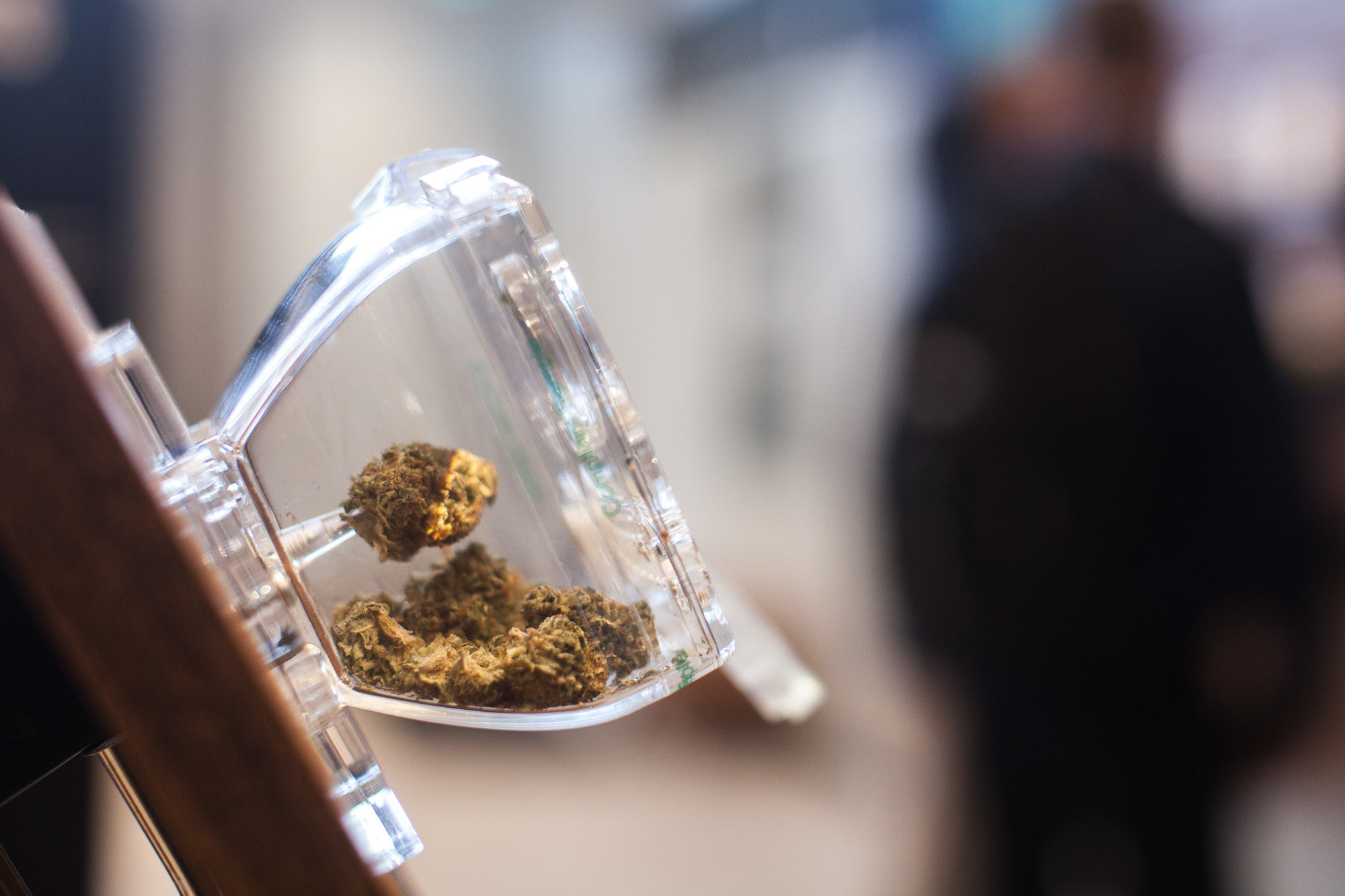 Strains are organized by type on this wall: 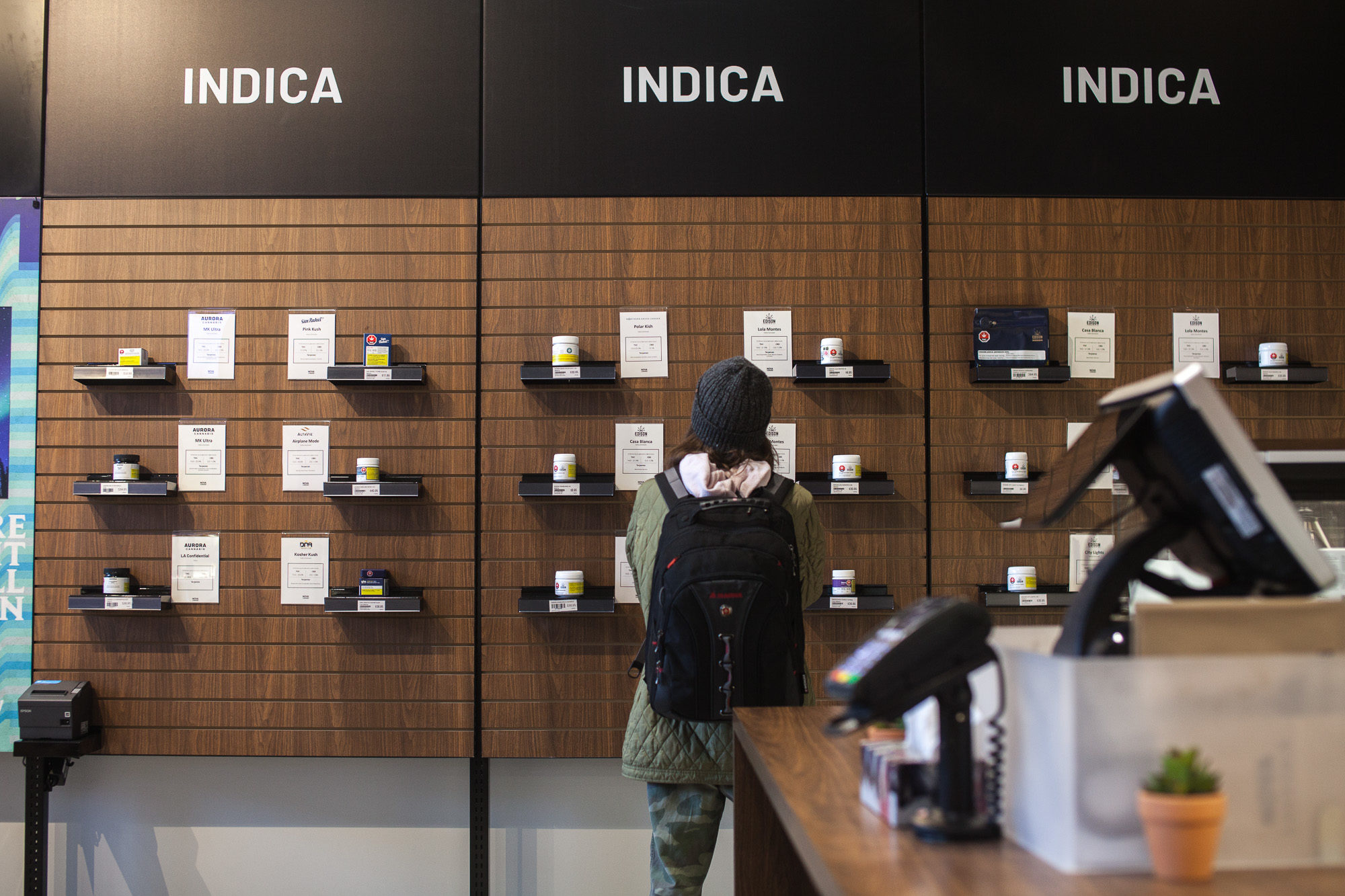 The store used to have a staircase leading to an upper lever, but they removed it and turned that floor into offices: 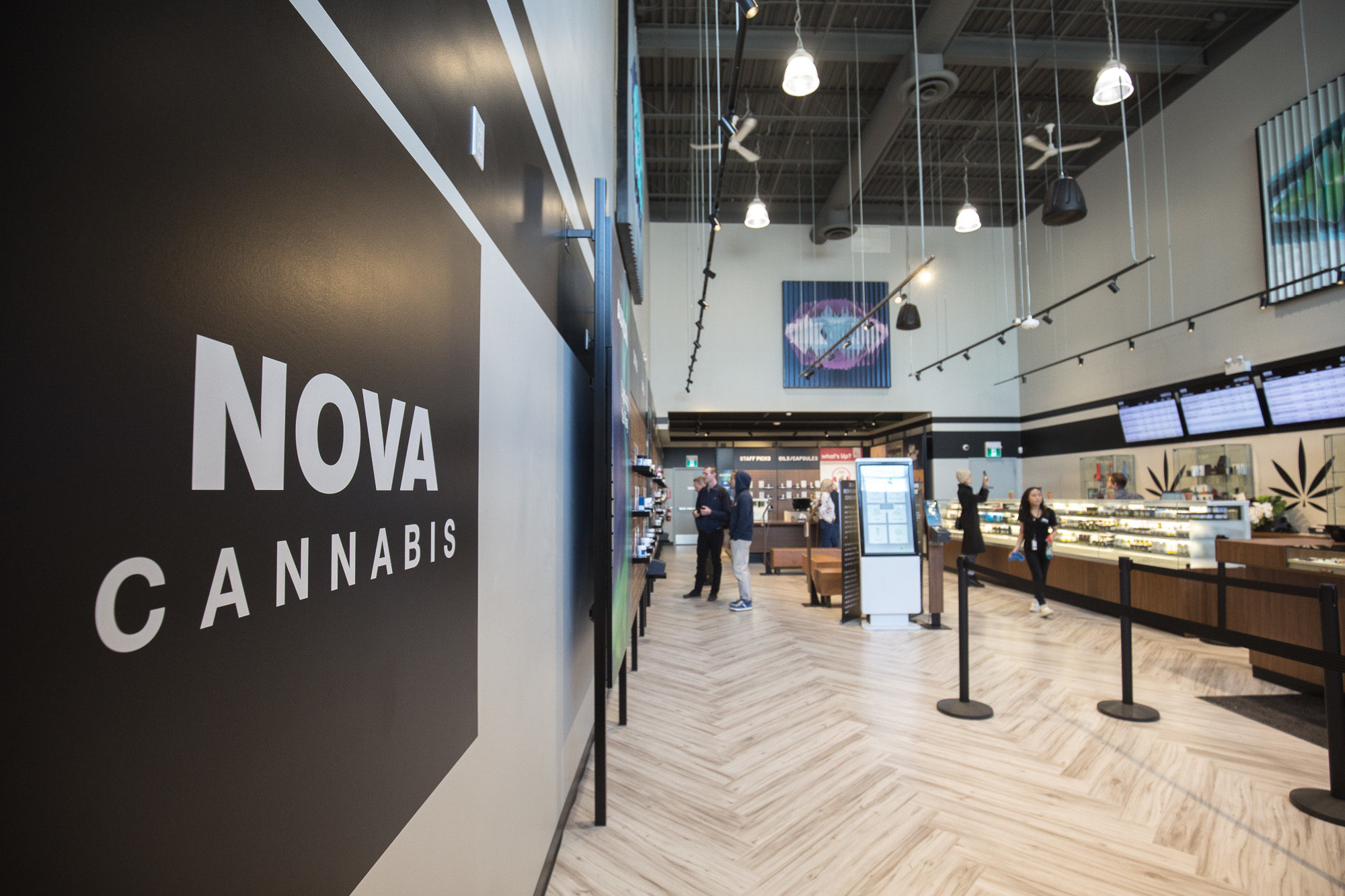 The store has a bunch of 3-D pieces from Toronto-based street artist Javid Jah: 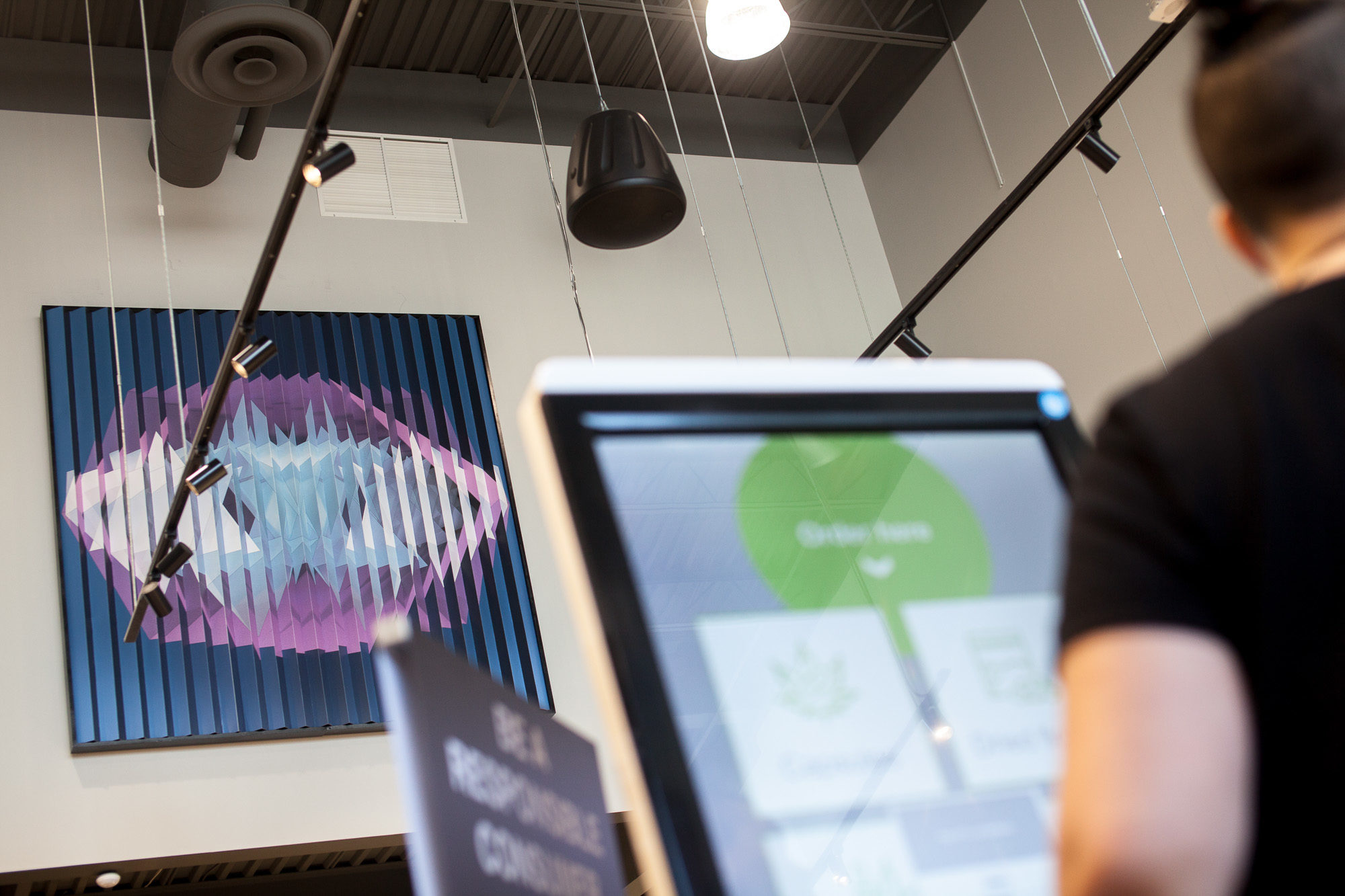 This desktop vaporizer is the most expensive thing in the store, with a price tag of nearly $800: 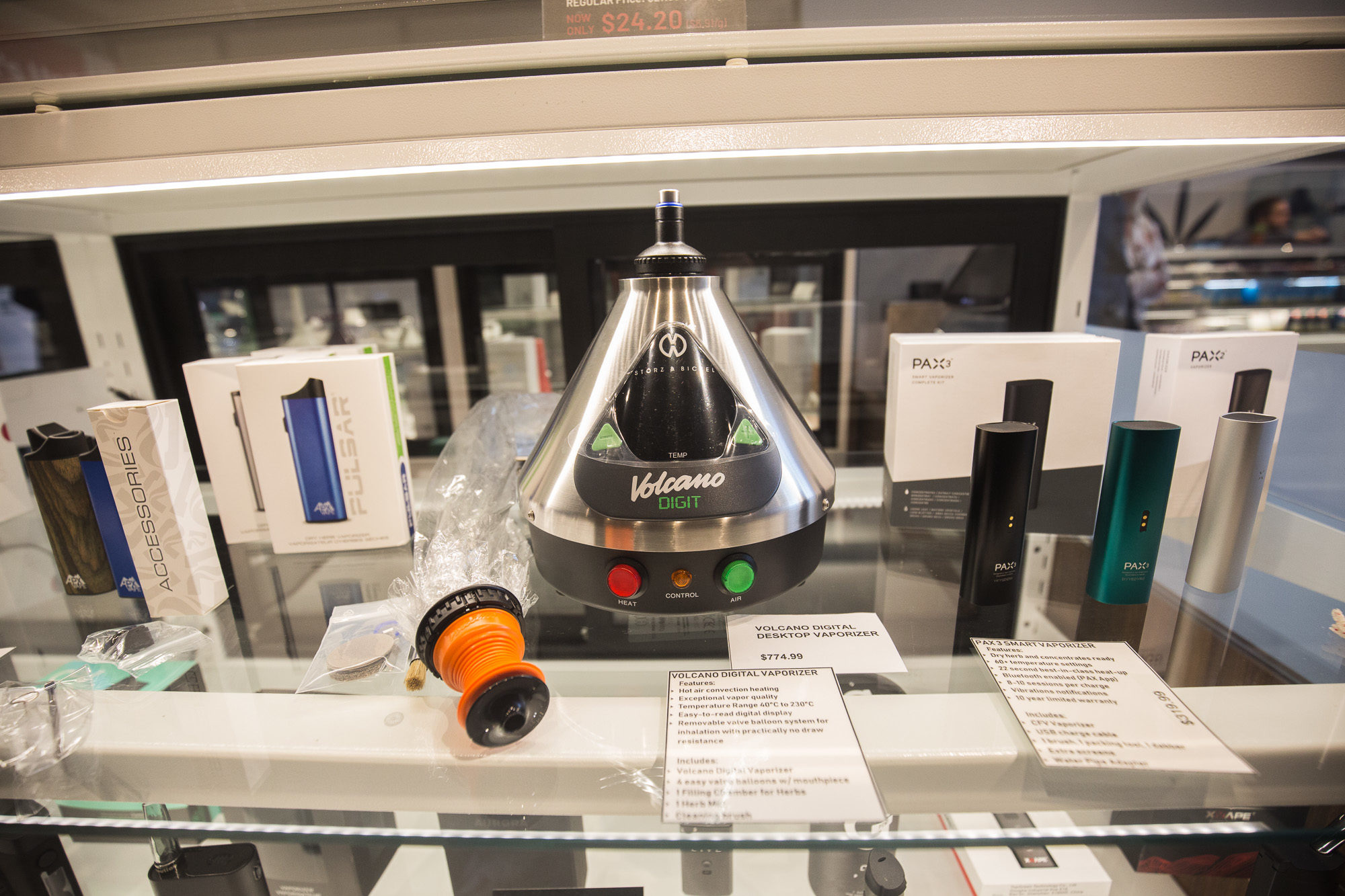 Most products start at $8.95 per gram, with 30 CBD capsules going for $106. The store also offers “Black Market Buster” deals, which are rotating discounts on certain strains (right now, you can get 3.5 grams of Trailblazer’s Glow Hybrid Bud for $24.20): 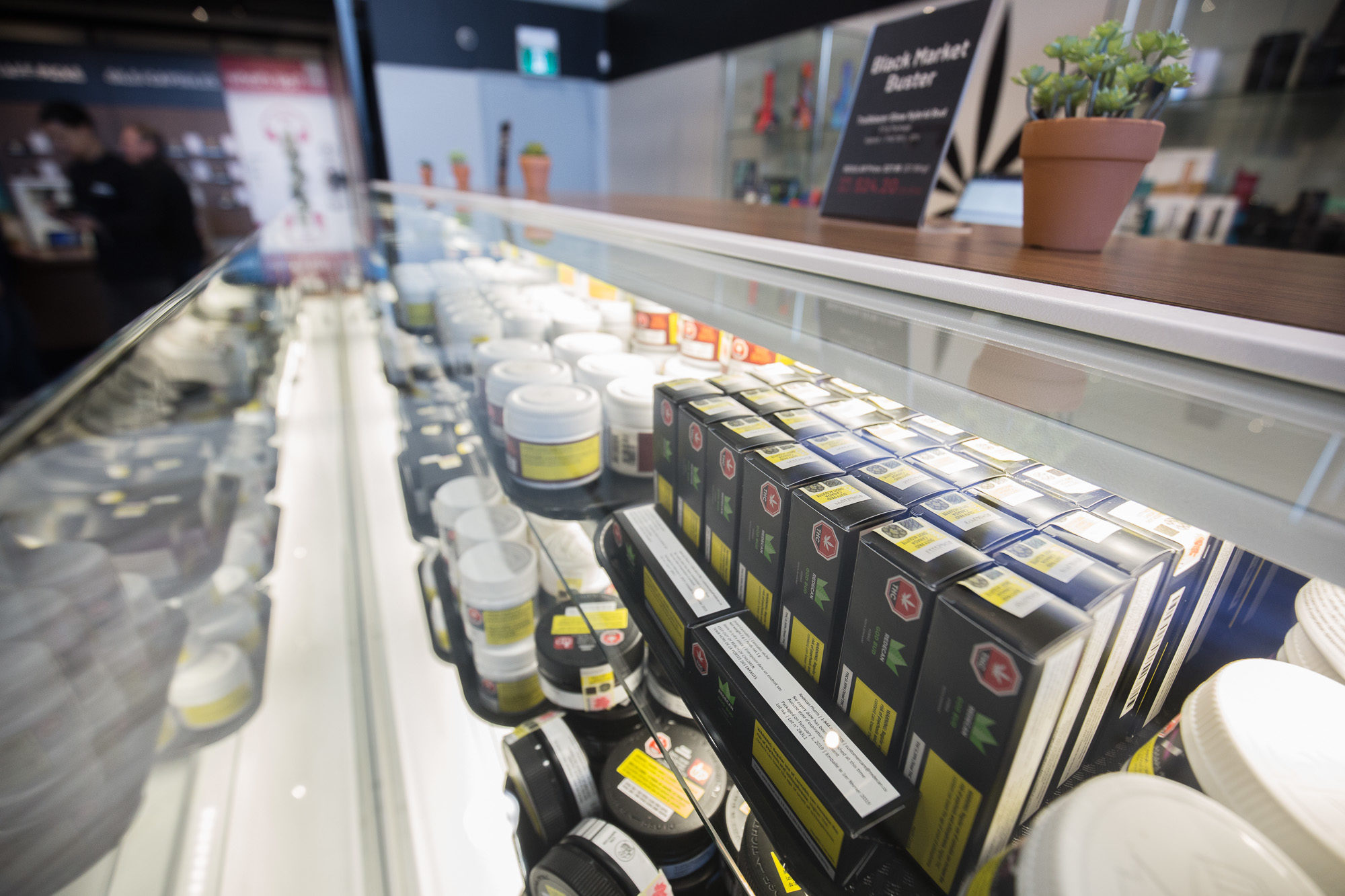 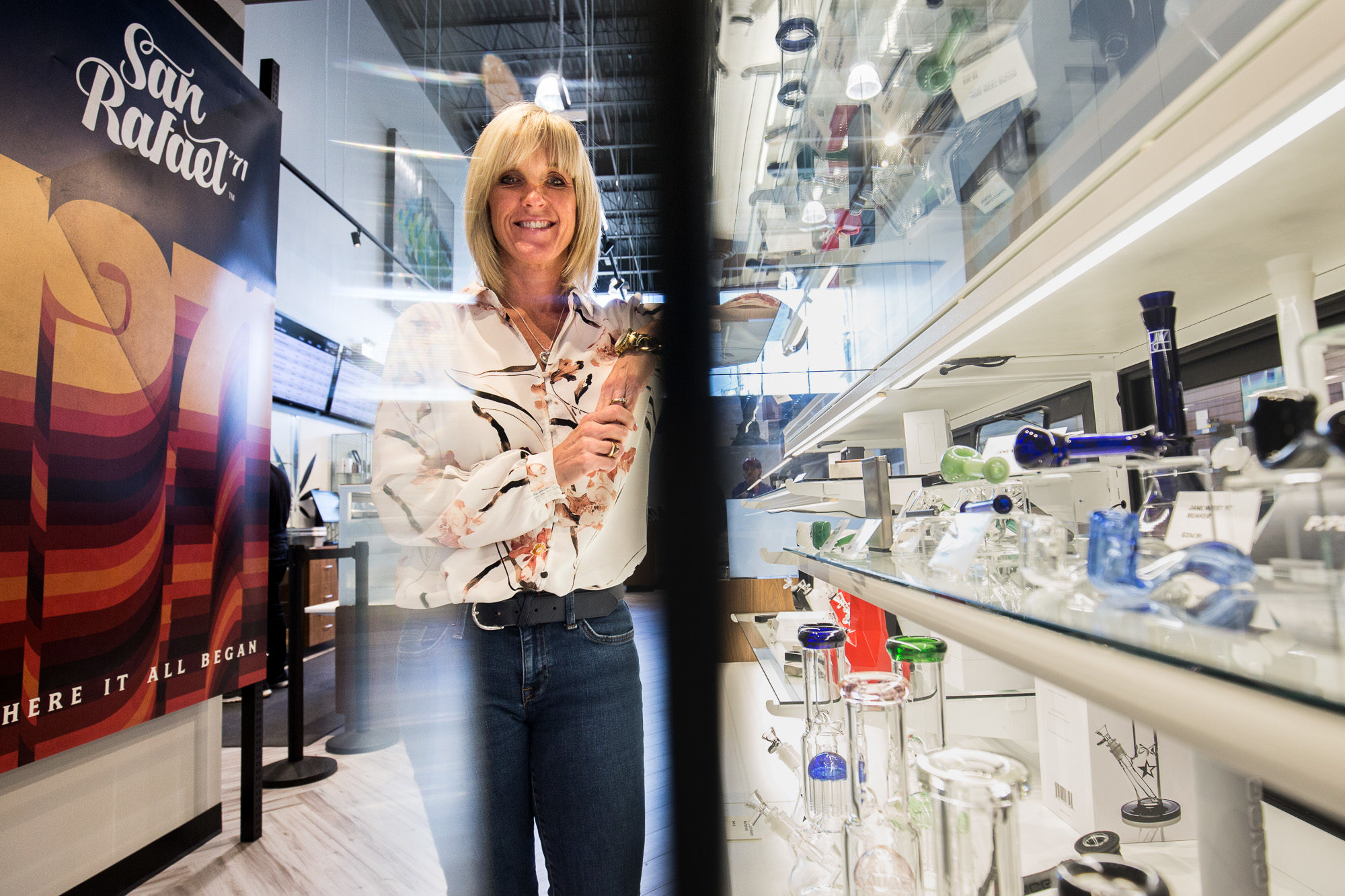