Last summer, the Ontario government doled out an additional 42 cannabis retail store licences. Meta Cannabis Co., a new store located in the old Dominion bank building at Yonge and Gerrard, is part of that second wave of permits. The owner of this particular emporium is a local grandmother and semi-retired insurance consultant (she asked to remain unnamed), who had been eyeballing the cannabis industry since legalization. She had zero industry experience, so she decided to partner with Ontario-based retailer Meta Growth, which has more than 35 stores across Western Canada. She liked the company’s accessible-yet-refined ethos and thought their branding would nicely complement the beaux arts façade of the old bank building.

There were plenty of bureaucratic hoops to jump through before the store officially opened in early February, including a five-month-long licensing process with the Alcohol and Gaming Commission of Ontario and the business of getting heritage approval for all renovations to the building. Meta touched up some of the historic elements, cleaning the stonework and repainting the mouldings, and added modern displays with playful pops of colour. Now, the majestic space has a warm and welcoming vibe, along with all kinds of THC- and CBD-infused goodies, including edibles and vape pens.

The space used to belong to Elephant and Castle, a British pub. Meta got creative with its displays to make sure they wouldn’t block the heritage mouldings, which preserve the charm of the old building: 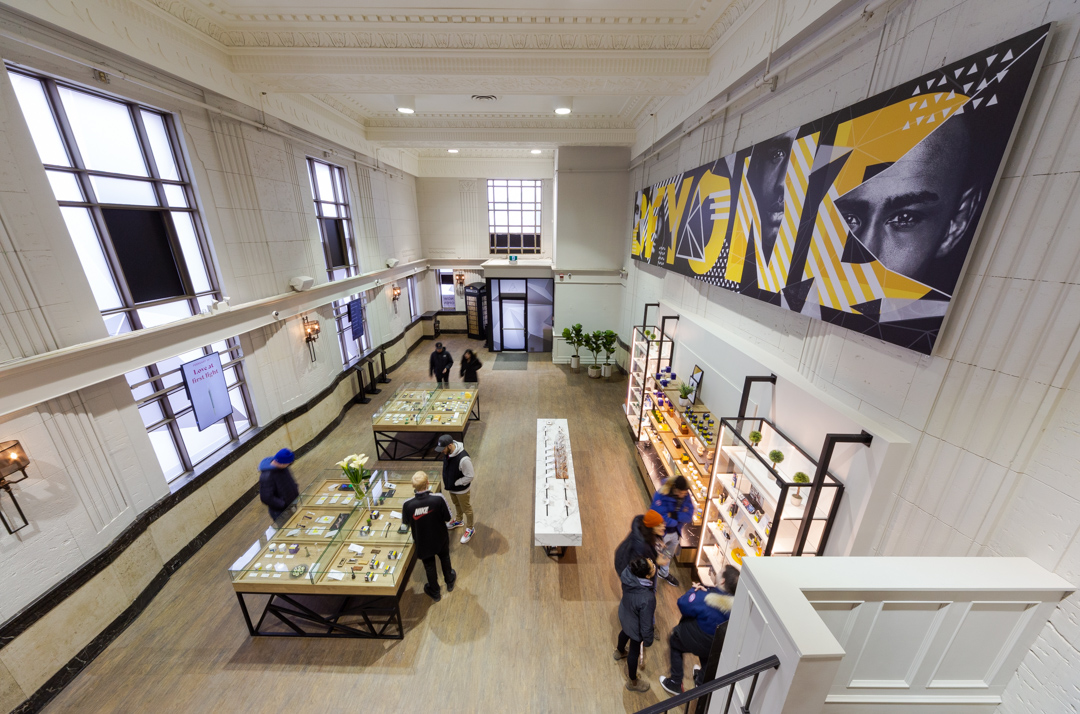 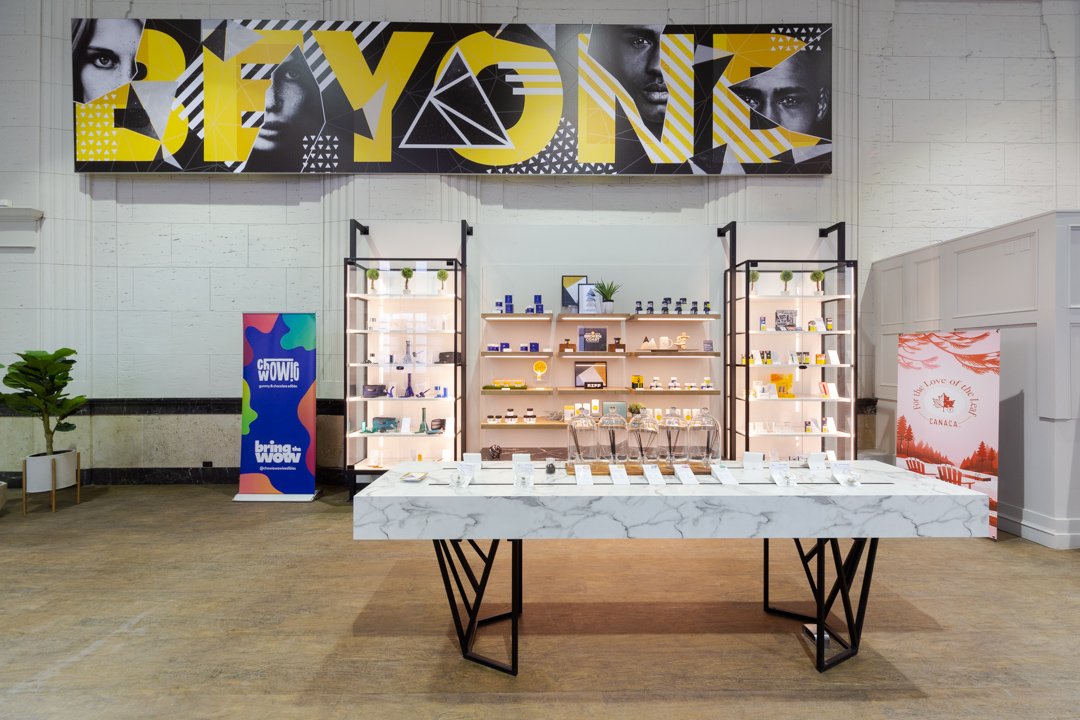 Near the checkout counter, they have a backlit feature display case that shows off a few cannabis brands: 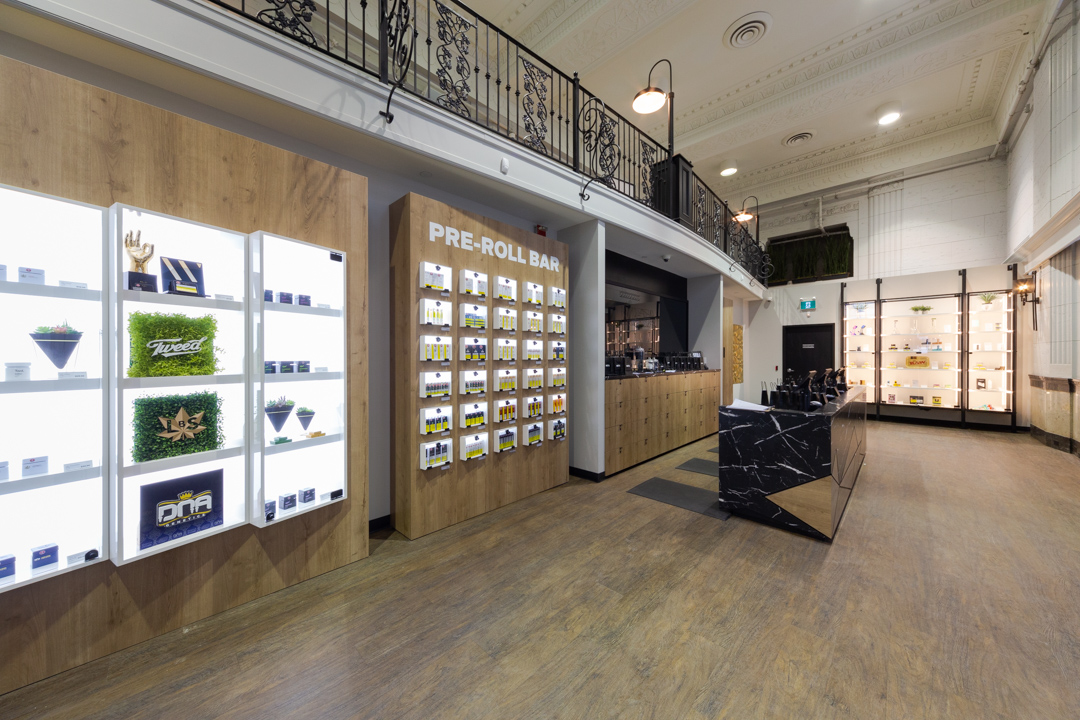 There’s also a pre-roll bar, which showcases joints of every imaginable strain. They’re popular among customers who want to try out different brands without committing to large orders: 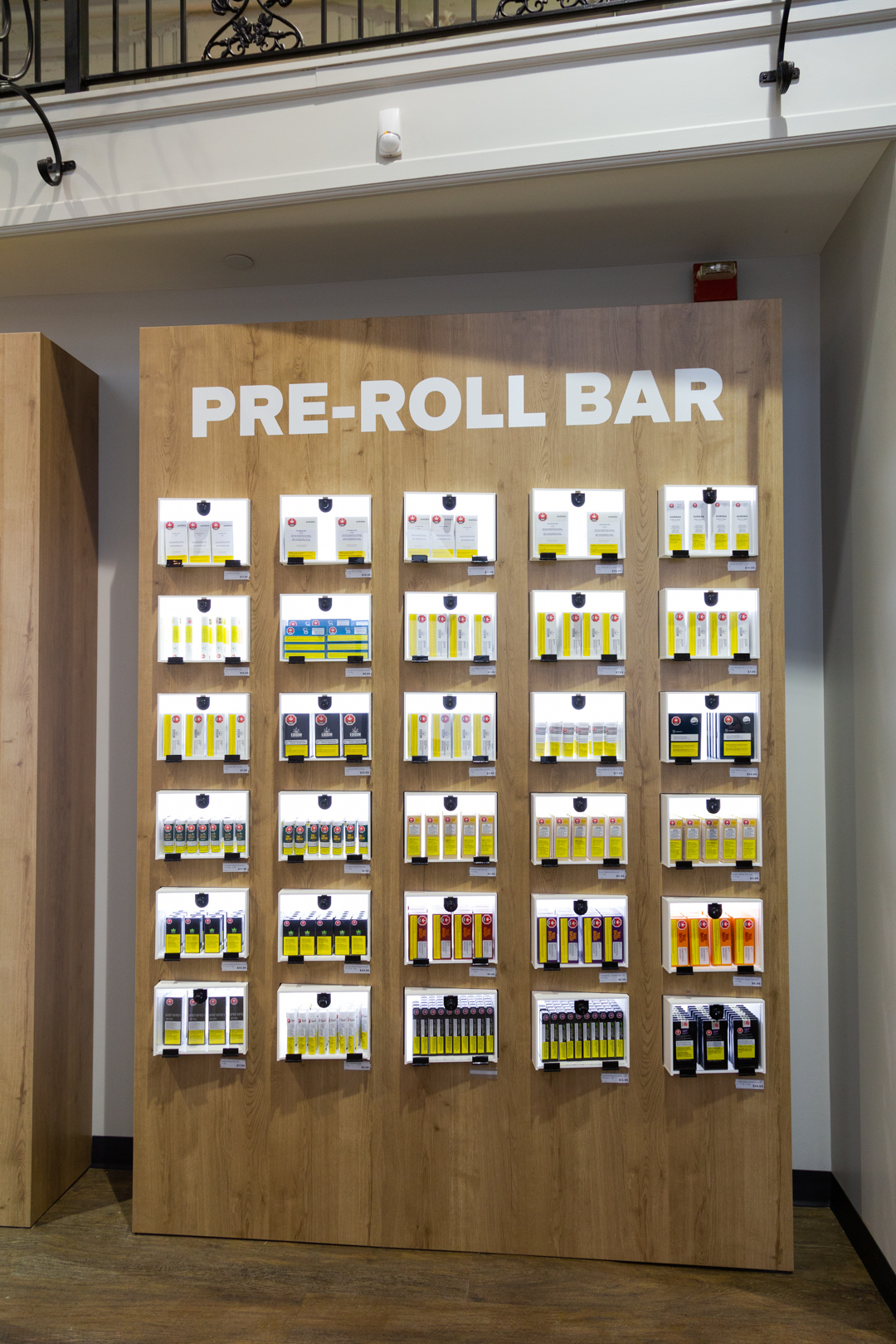 The joints come in packs of one, two or five: 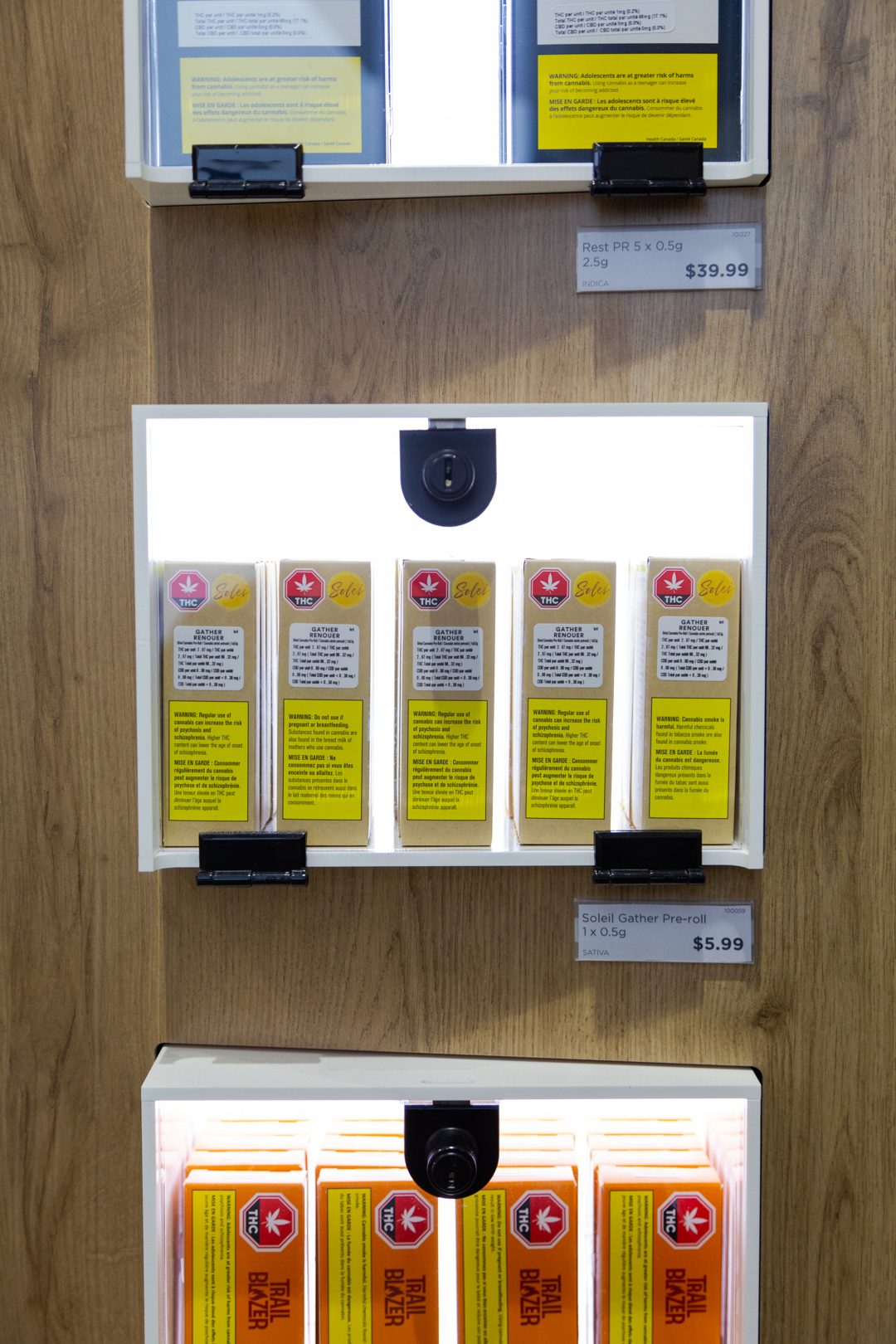 There’s also a sensory table, where shoppers can test the scent of different weed samples. Under the glass jars are sticks that mimic the smells you’d experience while smoking certain cannabis strains: 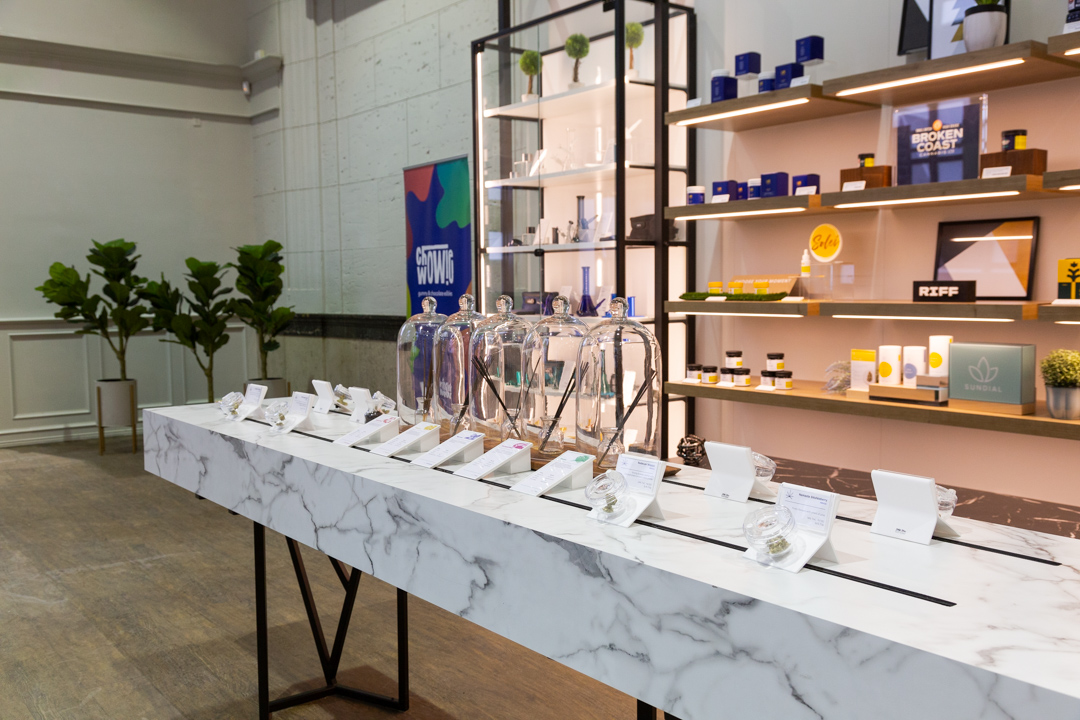 Here’s an example of one of the new vape pens: 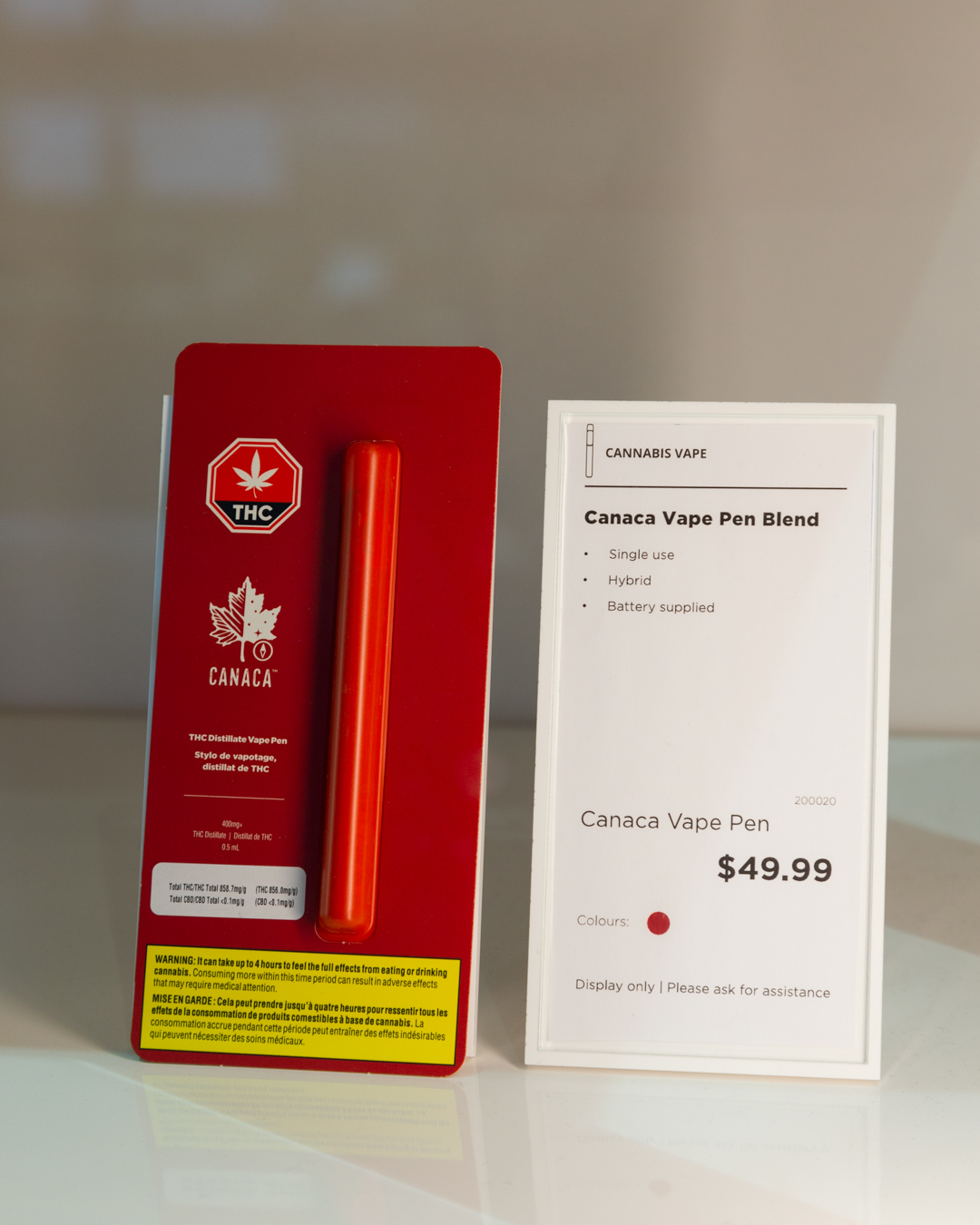 They have cannabis-infused chocolates here, too: 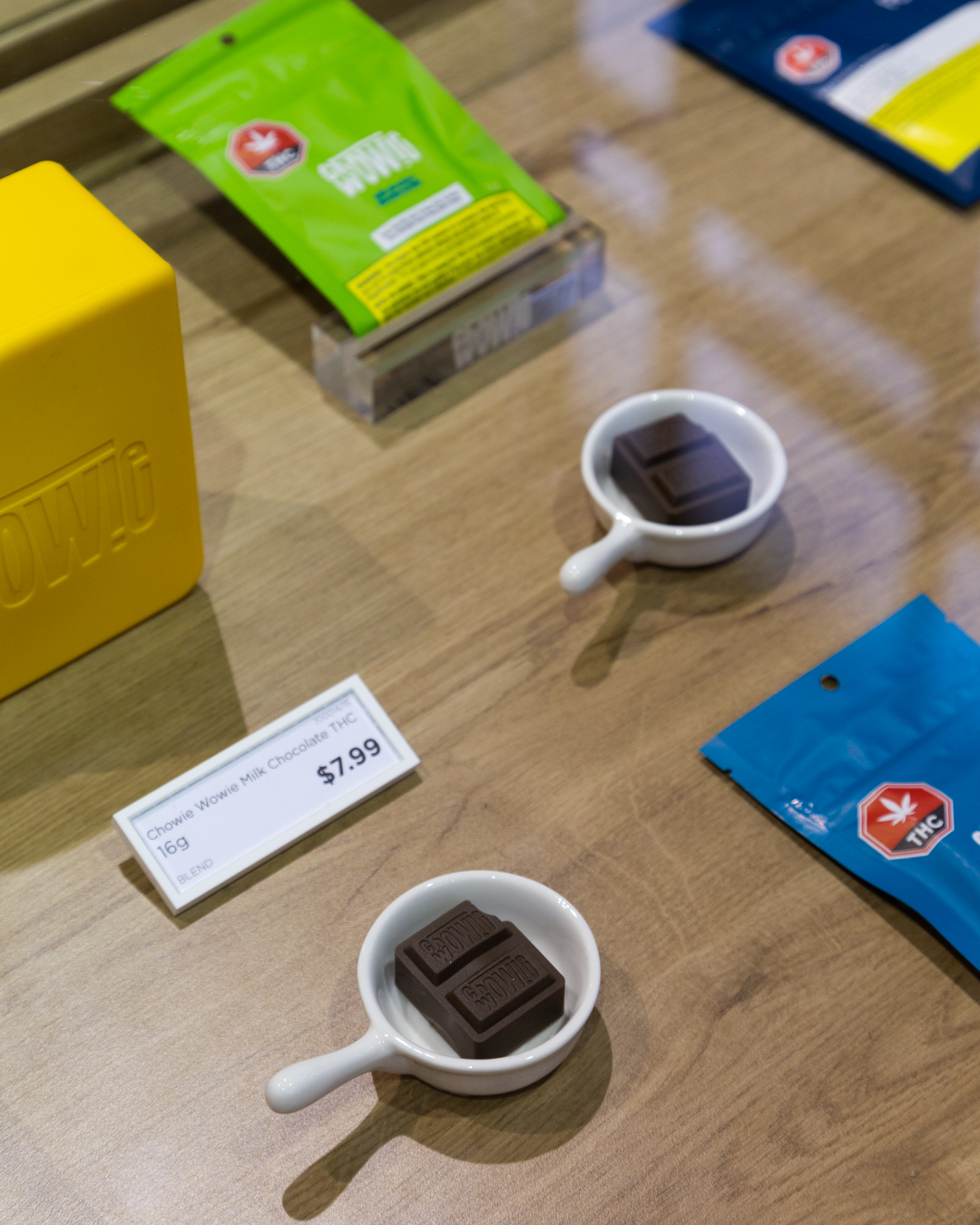 And a selection of accessories Meta makes. Its line is called Meta Everyday Essentials, and consists of affordable glass pipes, bongs and one-hitters: 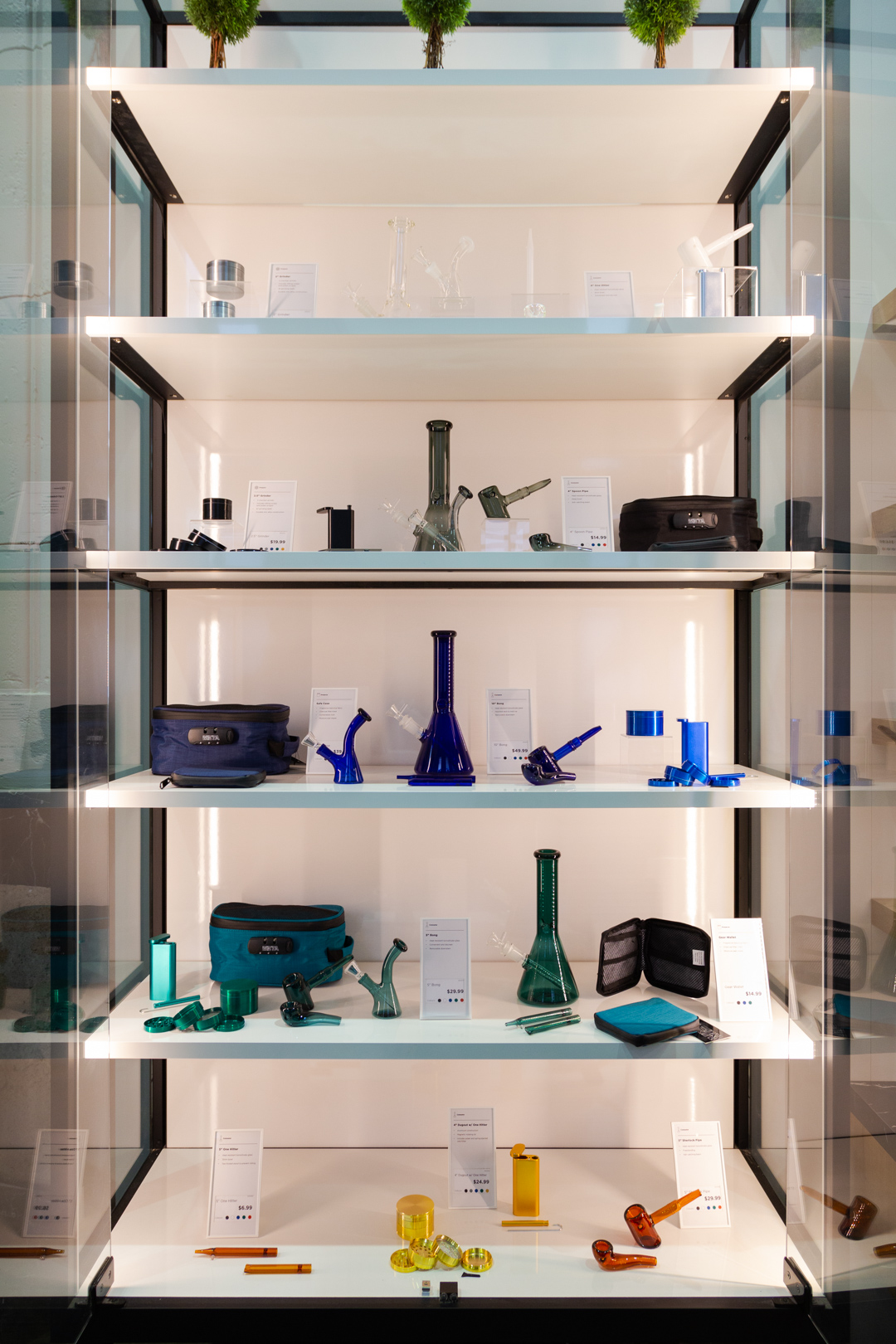 There’s still a small, empty safe in the building: 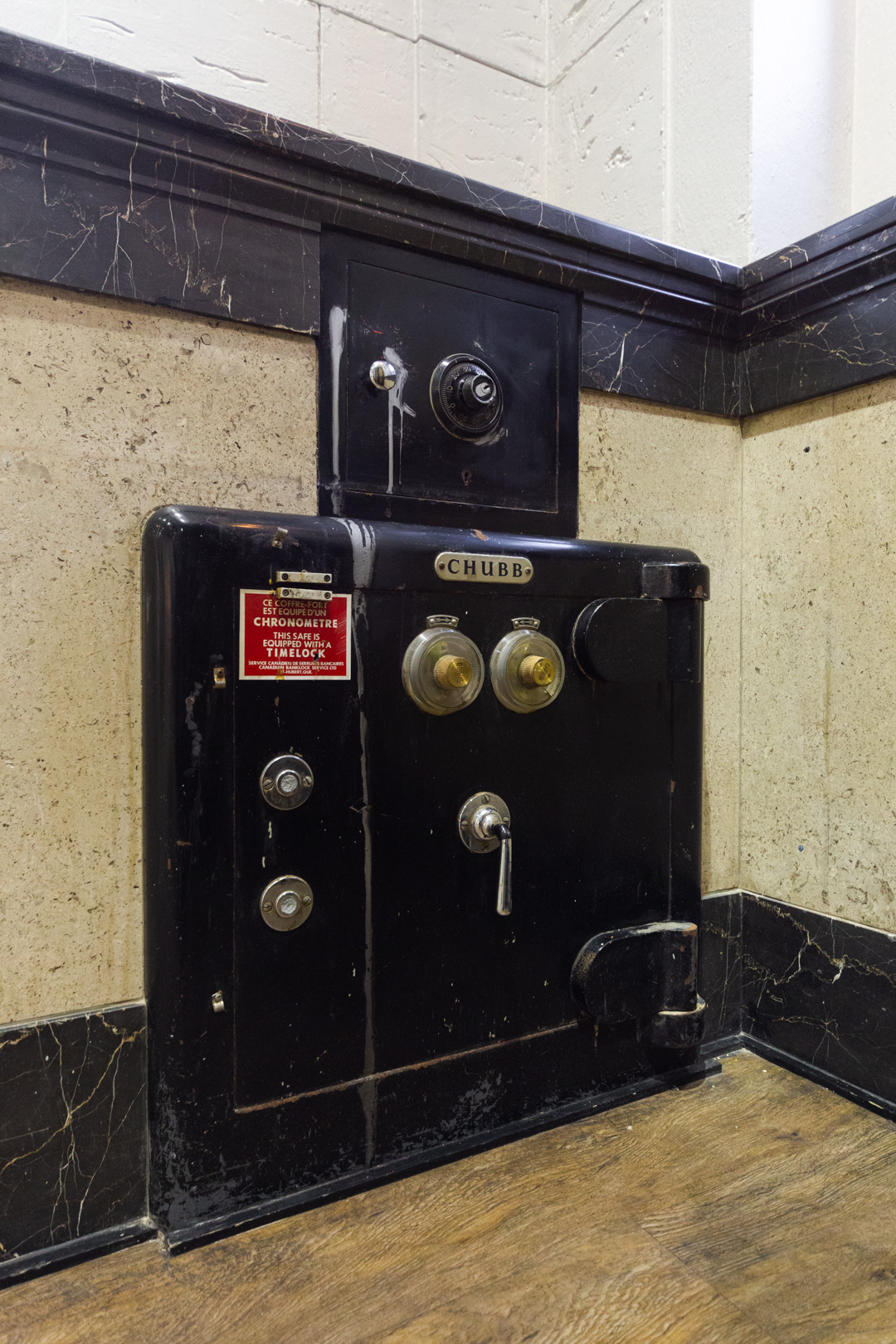