Shari Aboosaidi handles his Adidas sneakers—all 500 pairs of them—the way a butler handles fine china. “Very few people are allowed down here,” he says of the basement in his west end home where he stores his formidable collection. “And no one touches the shoes.” It was this 2003 reissue of Adidas’ Forest Hills—the style that was first released in 1979 and made iconic by British football fans—that got him into collecting. He doesn’t remember what he paid for them, but it wasn’t much: 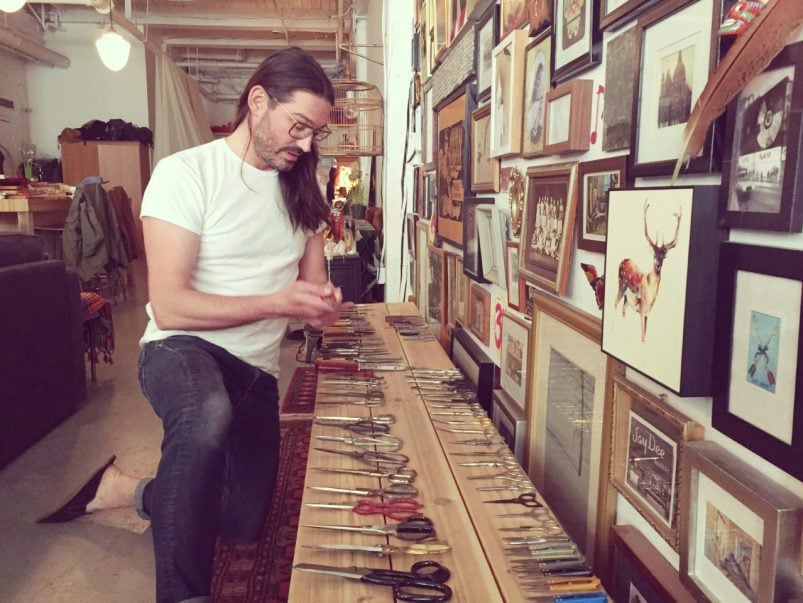 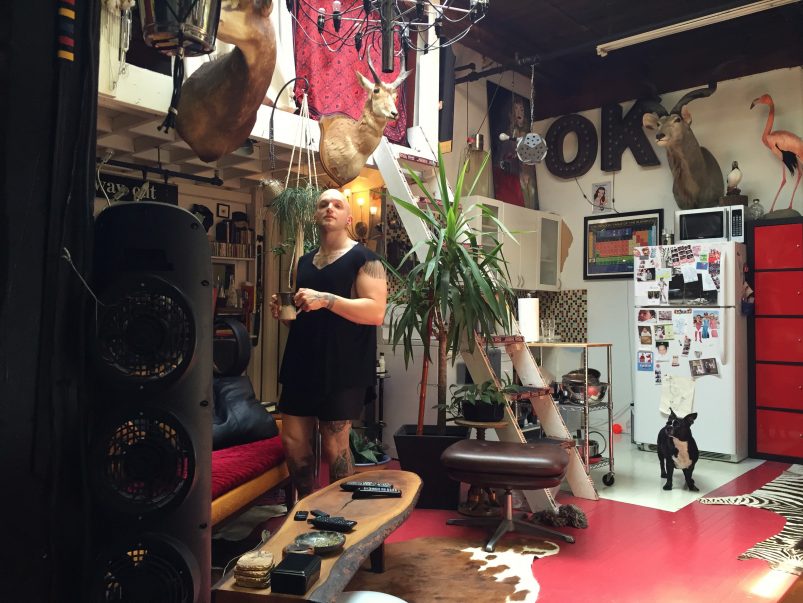 Aboosaidi is an Anglophile, and was drawn to British subcultures—like Mods, punks and the New Romantics—as a teen. Football culture and fan fashion (including sneakers) were a natural progression from that. By the late 2000s, he was dropping thousands of dollars on eBay and at Toronto running-shoe temples like Goodfoot and Livestock (on one occasion, a salesperson from Adidas Originals on Queen had to help him cart 20 boxes of sneakers back to his condo).

Aboosaidi shelled out $300 for these NMDs a few weeks ago; now they’re selling for a grand on eBay: The old stuff—Adidas Sambas, Stan Smiths and Spezials—make up about 50 per cent of his collection: Shari’s got limited edition sneakers dedicated to English football teams like Liverpool, Birmingham and Cardiff, to name a few: These are an ultra rare one-of-five-hundred pair of Manchester United trainers that list on eBay for $1,000: Among Aboosaidi’s favourite pairs are these Tobacco Originals that he and his wife, Heather, drove through a snow storm to Barrie in 2015 to buy. They had belonged to the mayor of Alexandria, a small town in Eastern Ontario where Adidas shoes were manufactured in the late ’70s and ’80s. “They were a gift to him from the factory workers,” says Shari. “They’re deadstock; never tried on, never laced up. I paid $400 for them”: If Aboosaidi wants to wear a style (he’s got about 20 pairs in rotation) he’ll buy two pairs: one to wear, and one that stays in the box. This classic ZX 8000 runner in the original Aqua colour scheme is his go-to pair. “They’re really comfortable, and I love the colour. It’s what I want to be buried in,” he says: Aboosaidi rarely buys outside Canada anymore, and he’s particularly proud of Adidas’ design collaborations with Canadian retailers like Livestock (the first three pairs on the left, plus the first on the right), Montreal’s Off The Hook, (third from the right) and Goodfoot (the green ZX 8000s): These days, Aboosaidi’s spending has slowed down, but he still has an Instagram account dedicated to his shoes with a whopping 134,000 followers. “I think about sneakers all the time. And I still get a rush when I buy a new pair,” he says. “But I am much more deliberate and restrained in my buying.”