Inside SoulCycle, the cultish, celebrity-endorsed spinning studio on King West

Inside SoulCycle, the cultish, celebrity-endorsed spinning studio on King West

In the States, the spinning studio SoulCycle has an obsessive following—its acolytes include Lady Gaga, Chelsea Clinton, and Lena Dunham. “I love the music, I love the sweat, I love the handsome gay teachers shrieking in your face—I’m super cult-y about it,” Dunham told Vanity Fair. Tomorrow, the company debuts its first international location on King West, with a second location planned to open in Yorkville later this summer.

The standard SoulCycle class costs $28 and runs forty-five minutes, led by a charismatic instructor who belts out inspirational messages over pulsing, upbeat dance music. The peppy staff and cheery, bright-yellow branding can give the impression of a very happy cult. “Your SOUL is confirmed!” reads the email you get once you’ve signed up for a session. Each studio has 55 bikes, and the room dark except for a few candles, so the overall effect is like an intensive cardio class mashed up with a clubby seance. Here’s a sneak peek inside the new facility.

The 4,000-square-foot studio near King and Spadina used to be the decor store Design Within Reach: Clients check in at the front desk and receive special spin shoes that can lock into SoulCycle’s stationary bikes: The bike where all the magic happens: The lockers have their own codes – no need to bring a combination lock: The rules of engagement: A glimpse inside the studio: Each session features a combination of cycling, dance moves that can be performed on the bike, and upper-body movement involving small weights. Here’s a class in progress: The studio features a boutique that carries SoulCycle athleisure wear: Inside the men’s changing room: How you’ll feel after a session: 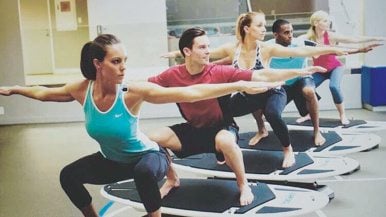 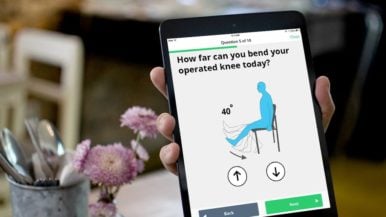 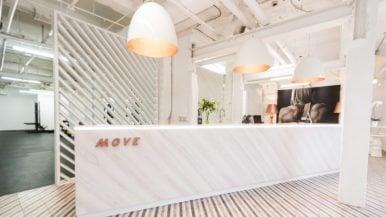