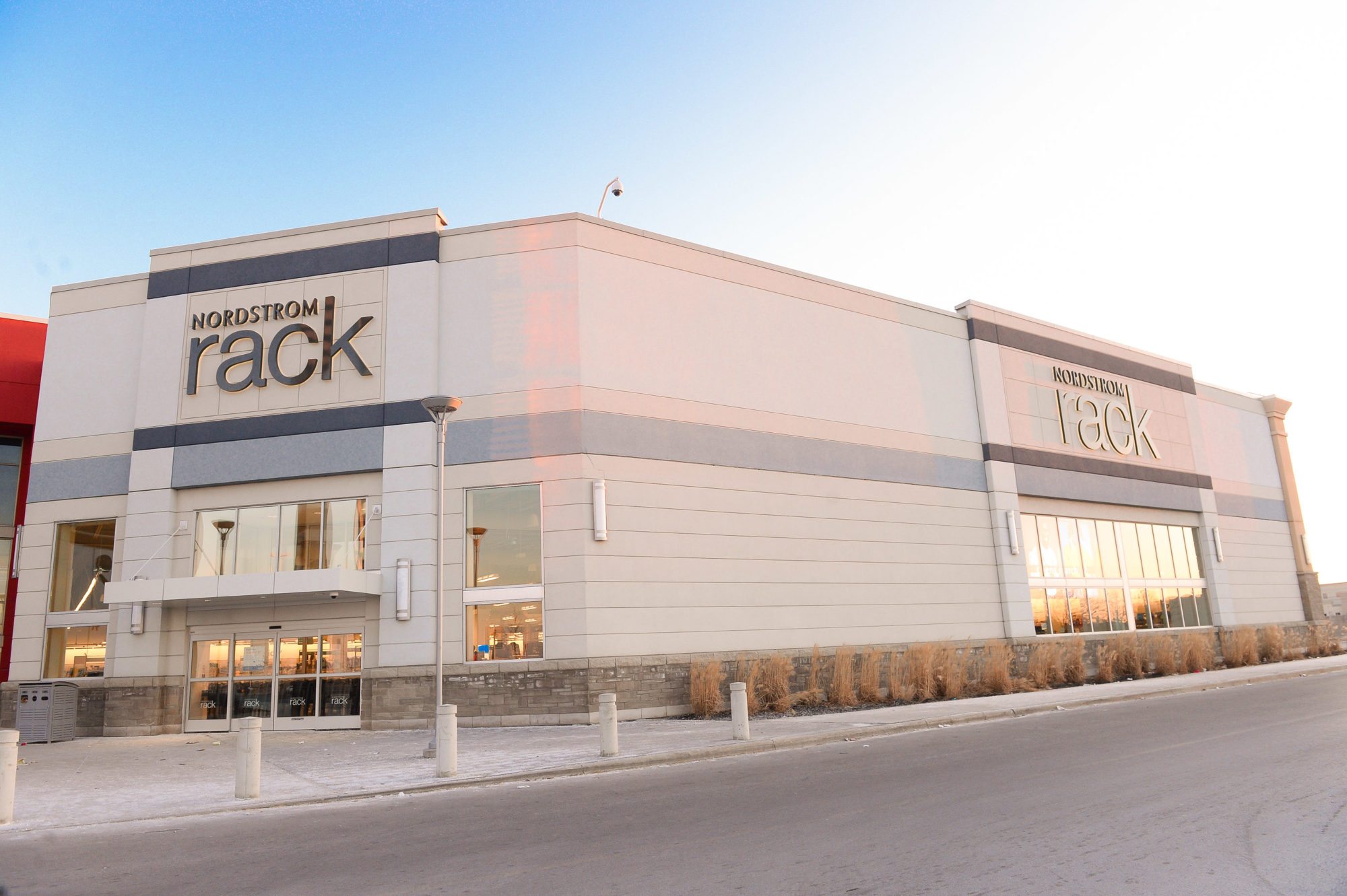 Good news for clothes horses who cringe at the thought of spending $1,000 on sneakers: the GTA’s first Nordstrom Rack opens on March 22 in Vaughan Mills, with zero glitzy extras but all of the awesome deals. The department store’s less-expensive cousin launched in 1973 as a clearance centre in the basement of its Seattle flagship. Now, there are over 215 locations, all offering up to 70 per cent off slightly older Nordstrom styles that—unless you’re a Kardashian—are just as swoon-worthy. There’s no 24-hour concierge or in-house Balenciaga boutique, but shoppers will find an impressive selection of designer gear from the likes of Rag and Bone and Tory Burch. Here’s what it looks like, along with some of the best deals we found.

The no-frills exterior fits right in with the rest of the mall: 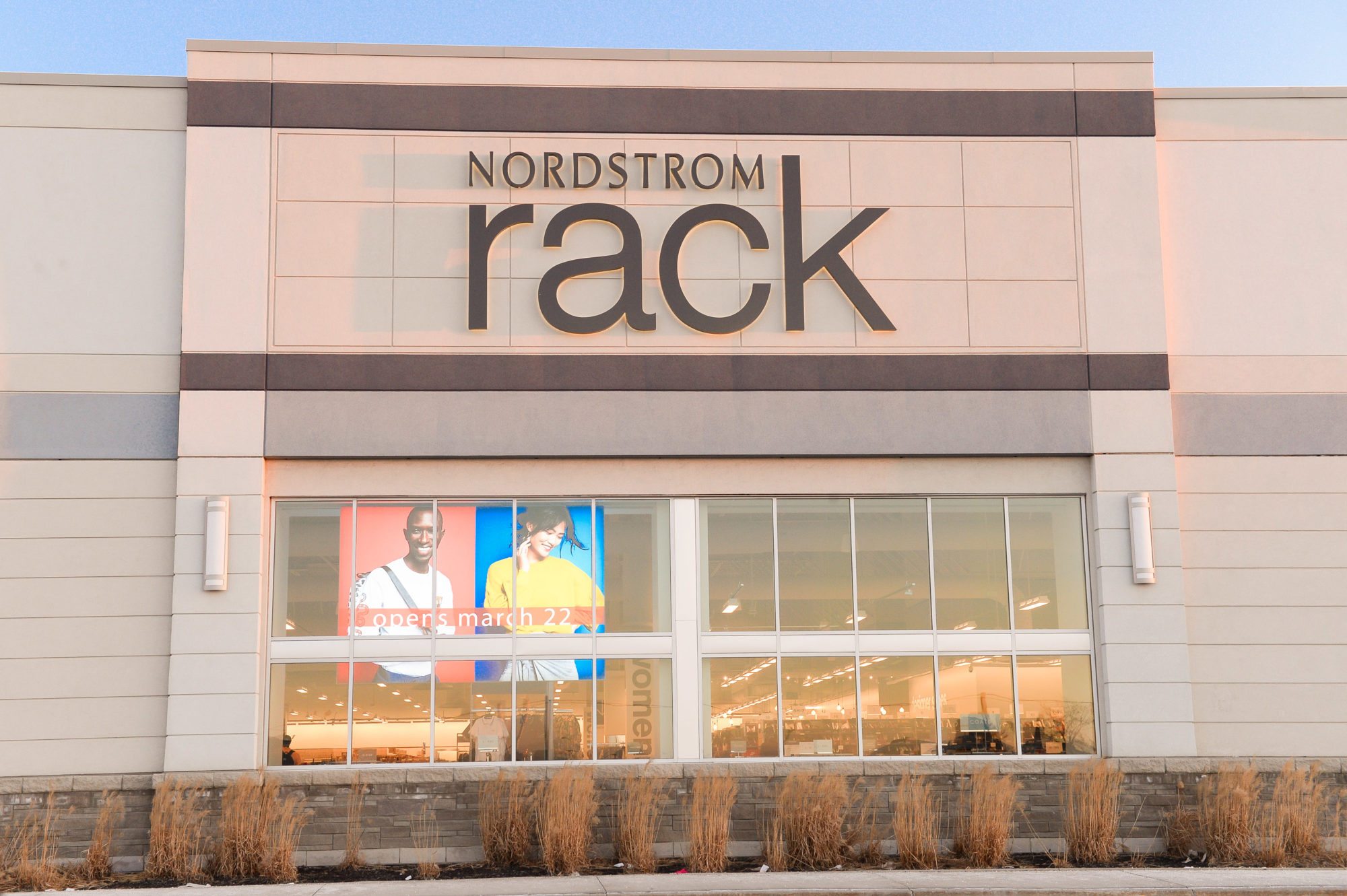 Stock-wise the outlet is quite similar to most Nordstroms: it carries 38 of the top 50 brands sold in the regular stores, with new items brought in every day. There are kiosks where customers can sign up for the brand’s reward program, earning a point for every dollar spent. In the women’s sportswear section, Nike dry-fit leggings can be found for $68 (they’re typically $135): 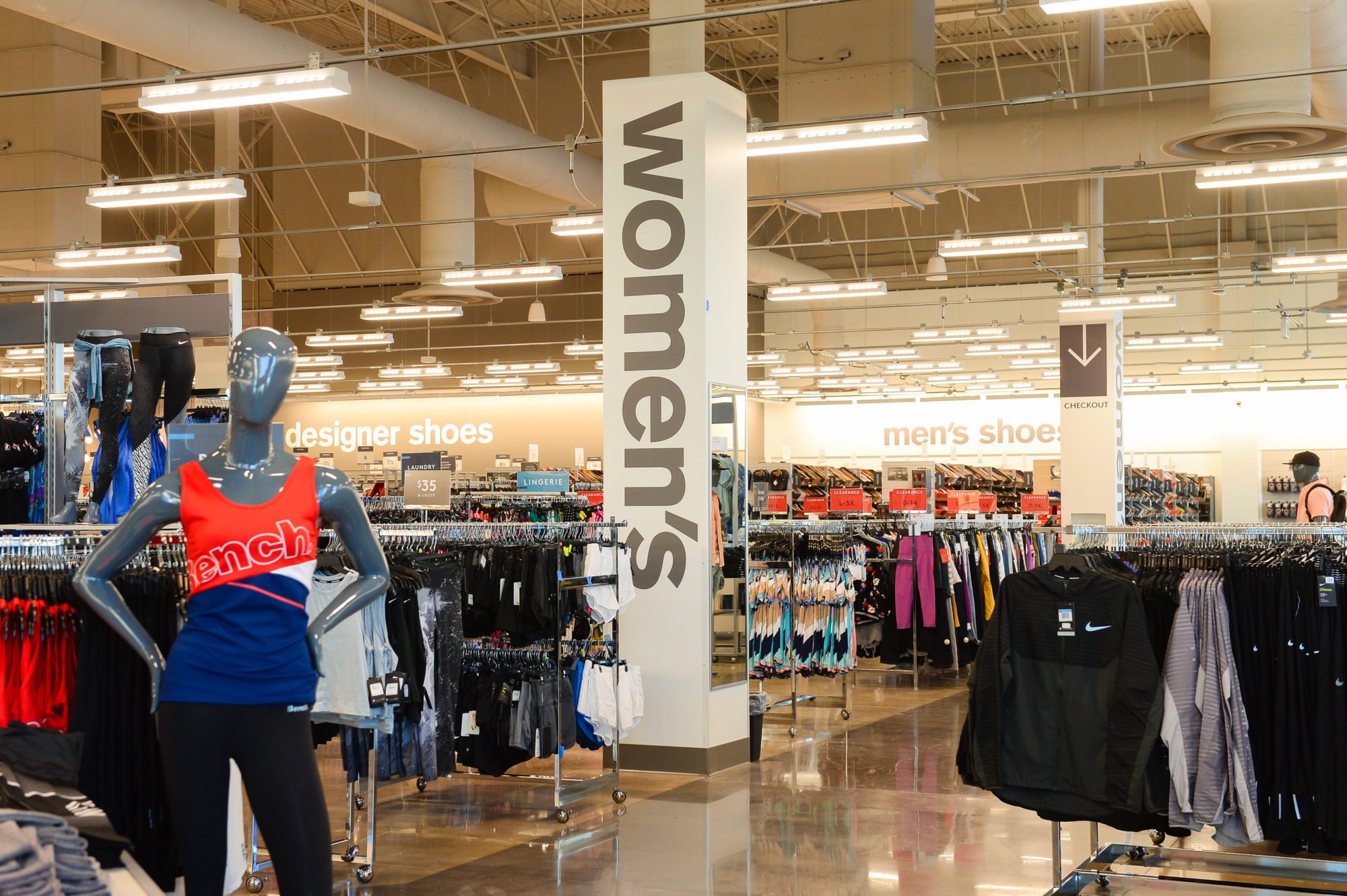 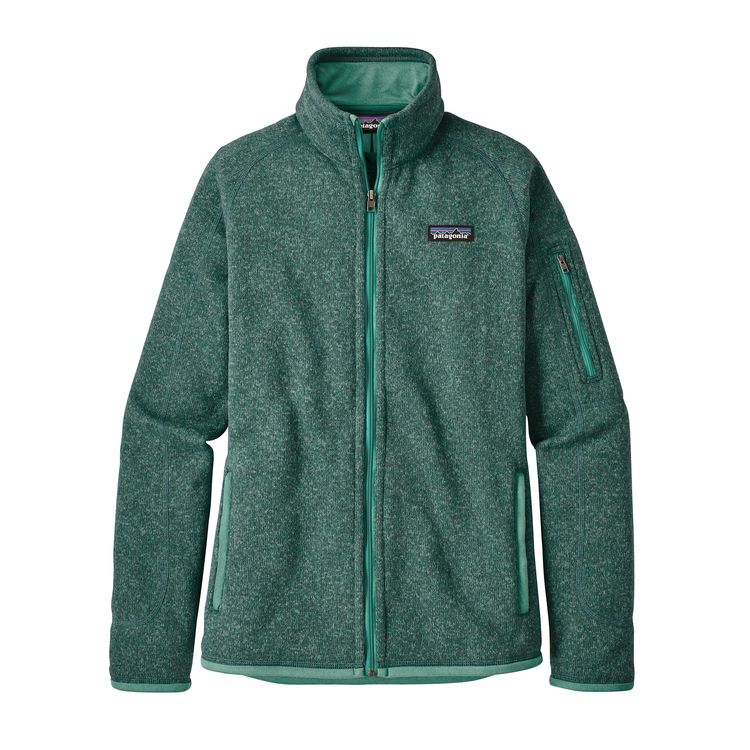 The denim section stocks brands like Citizens of Humanity, Madewell, Paige and Fidelity, whose Stevie Cropped jeans in Moroccan blue can be found for $90 (down from $188): 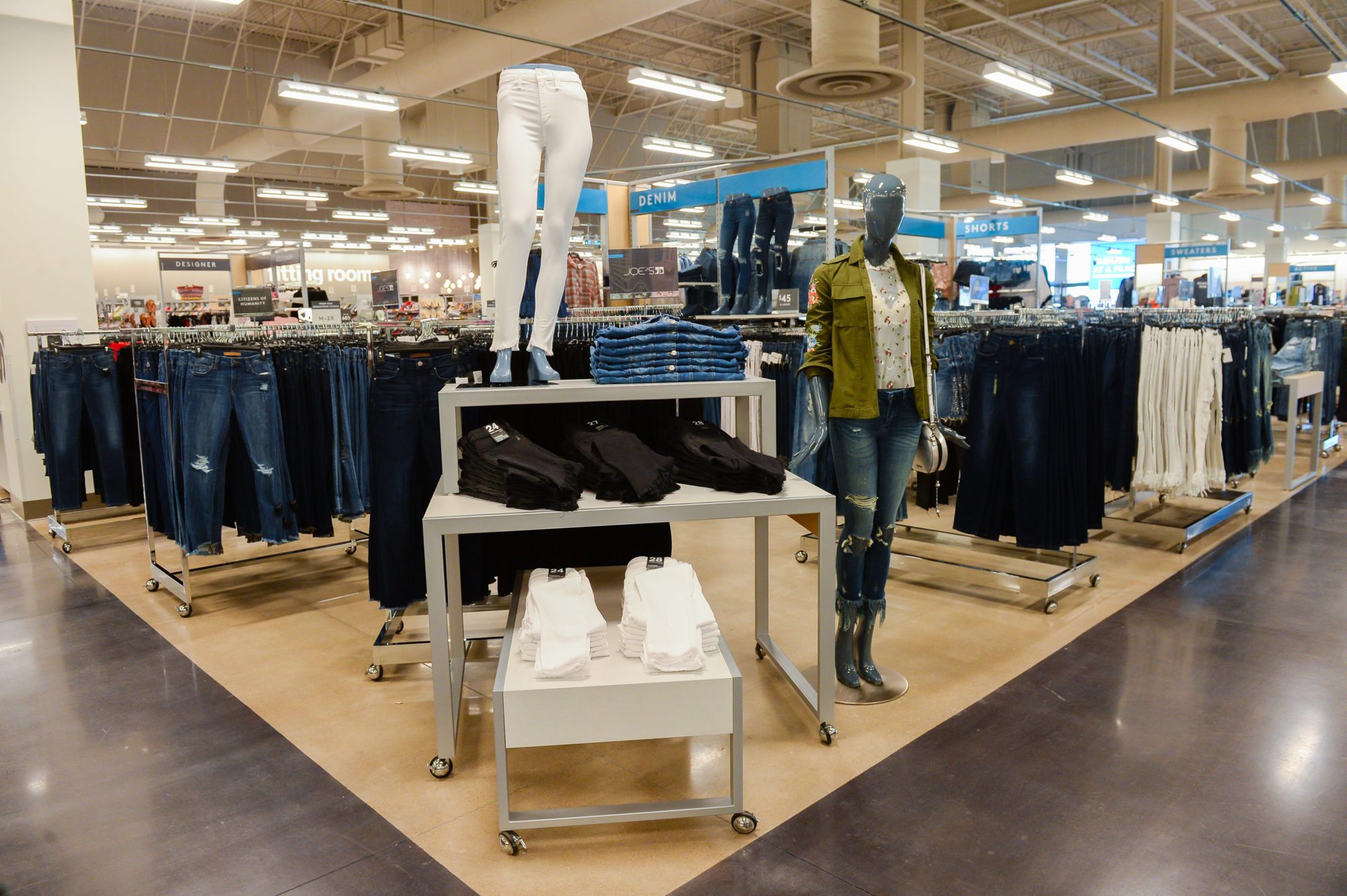 The enormous footwear department is organized by size and divided into designer and non-designer categories: 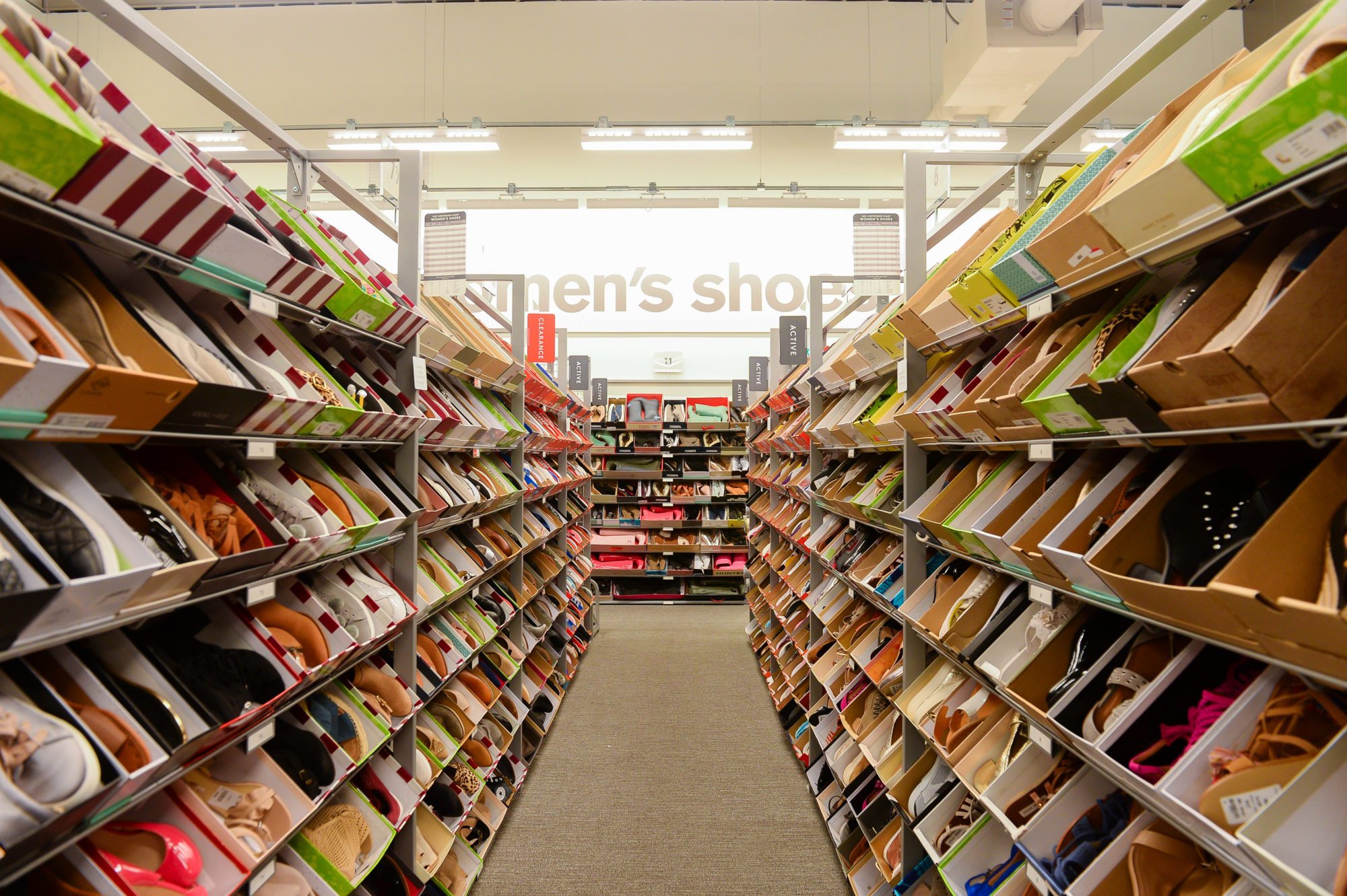 The designer area is heaven for footwear addicts, with labels like Loewe, Rag and Bone and Charles David: 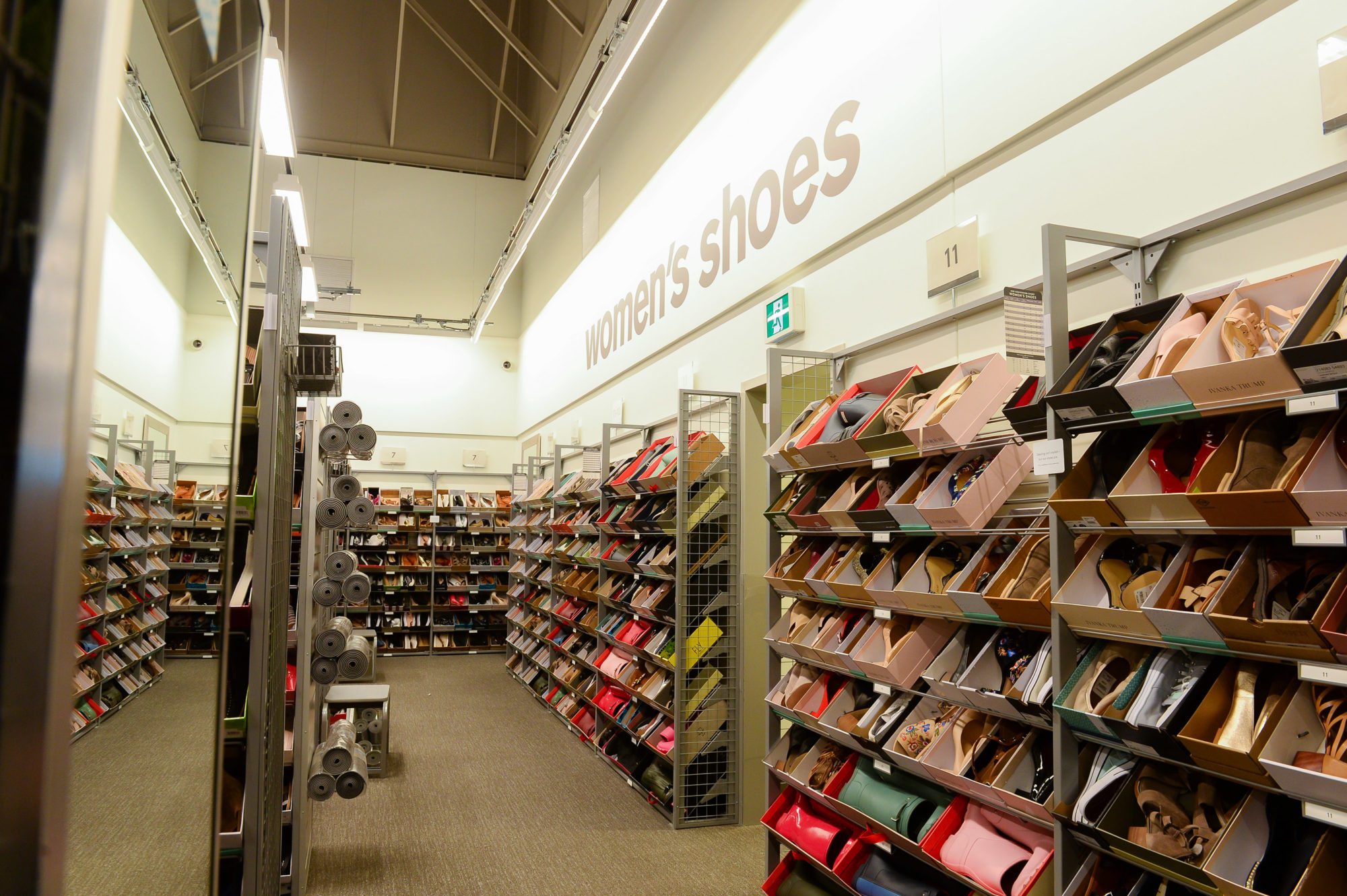 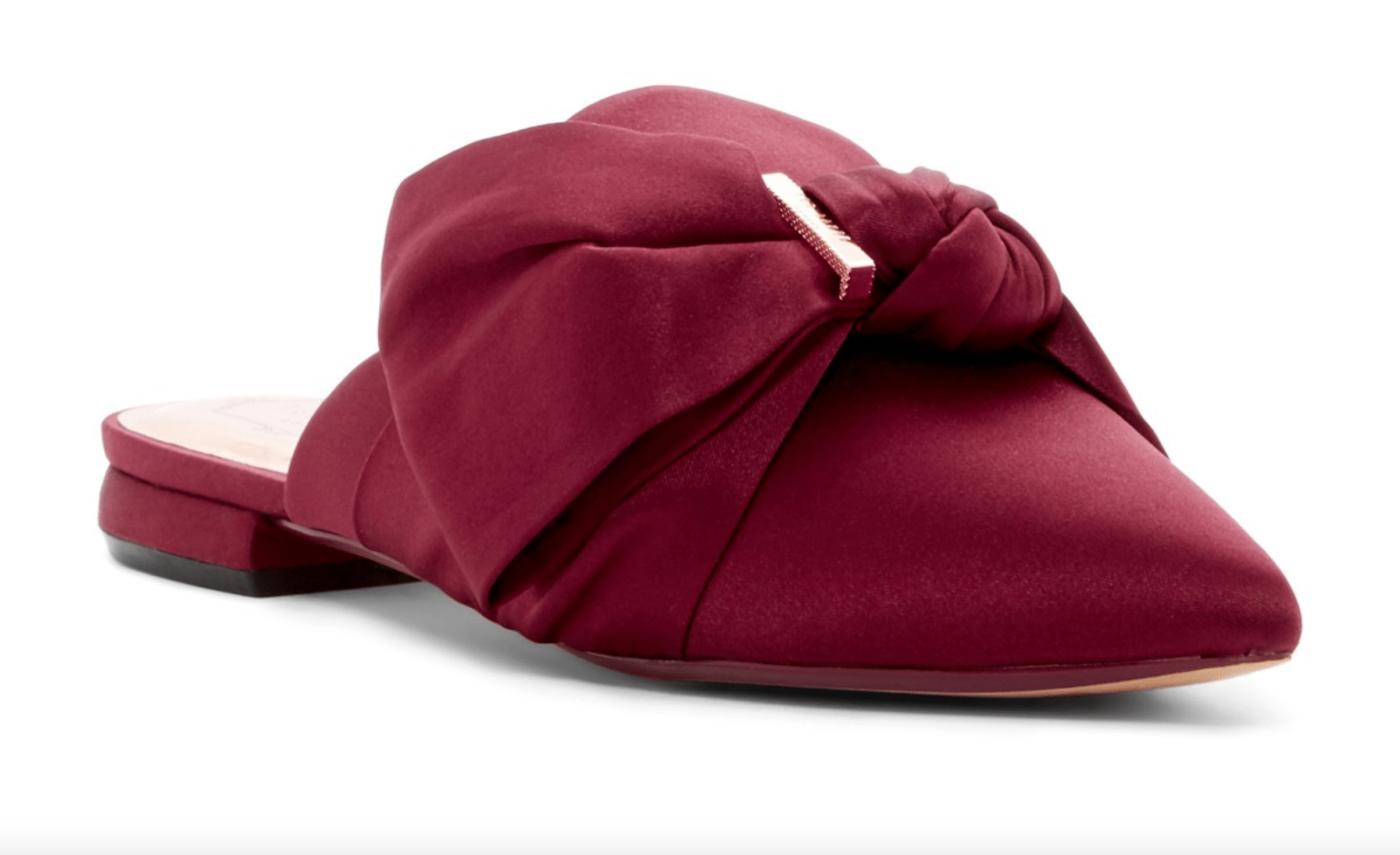 Menswear carries plenty of office-appropriate attire from labels like Theory and Calvin Klein: 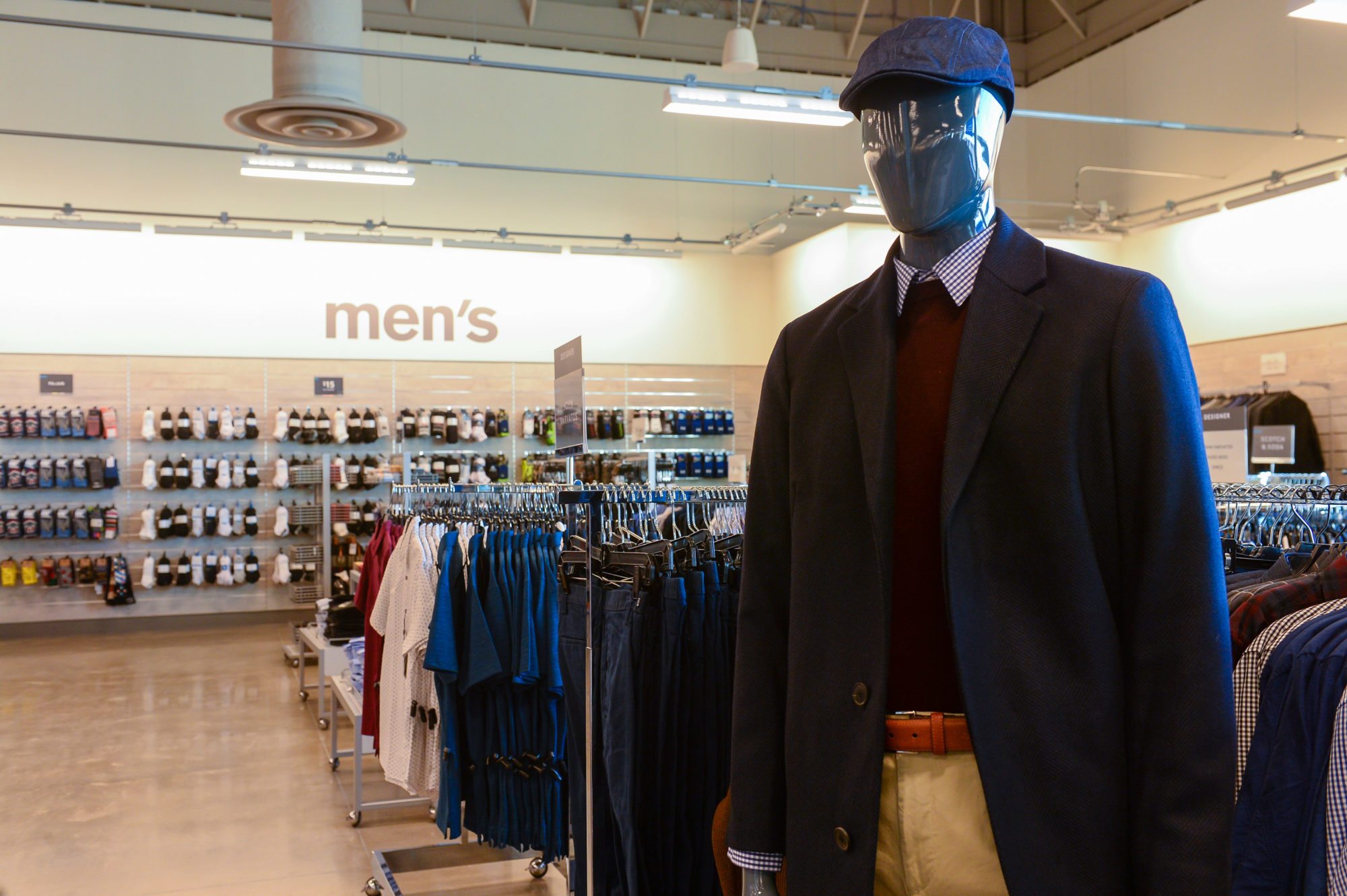 There are plenty of playful products in the homeware section, as well: 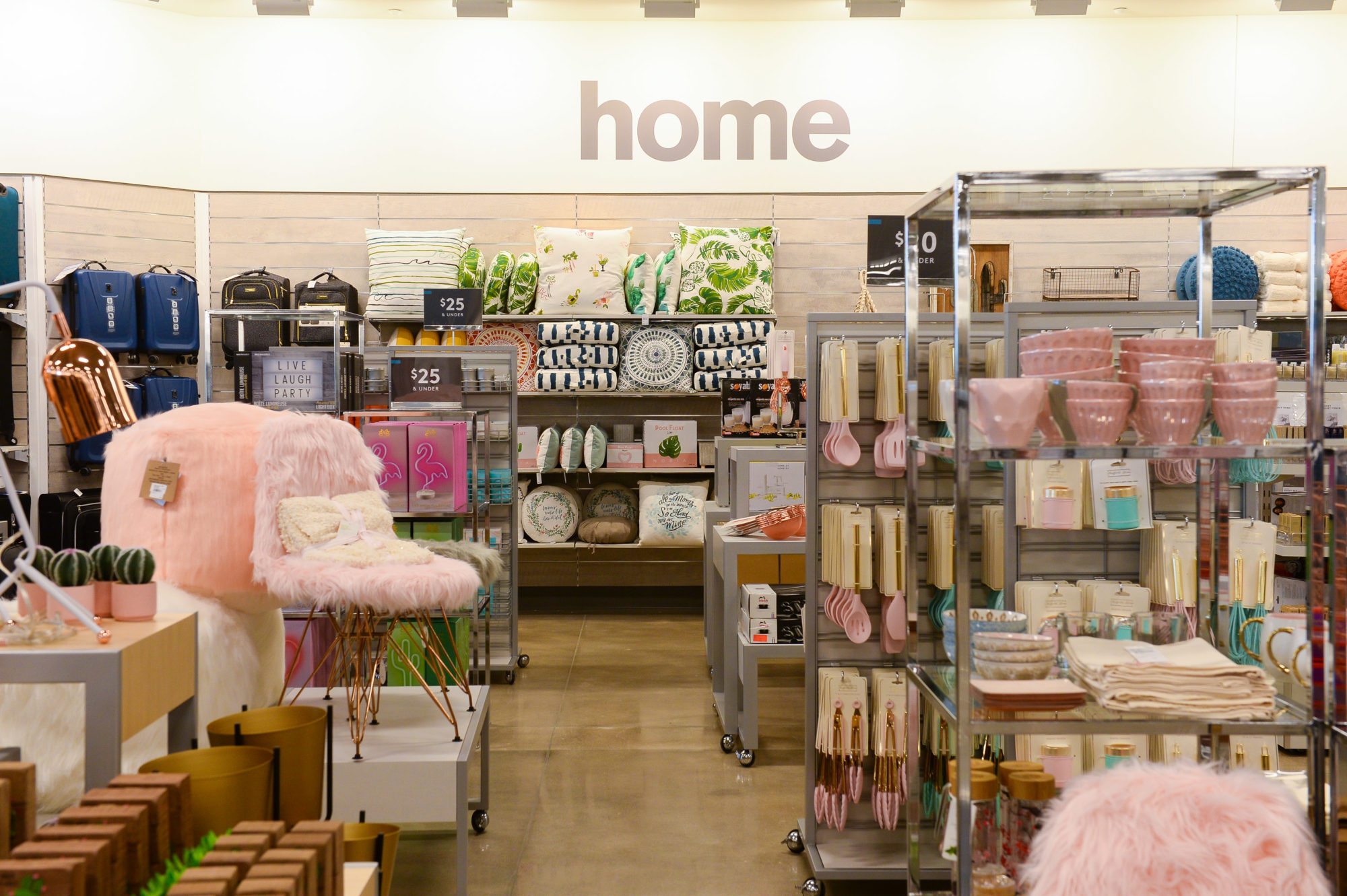 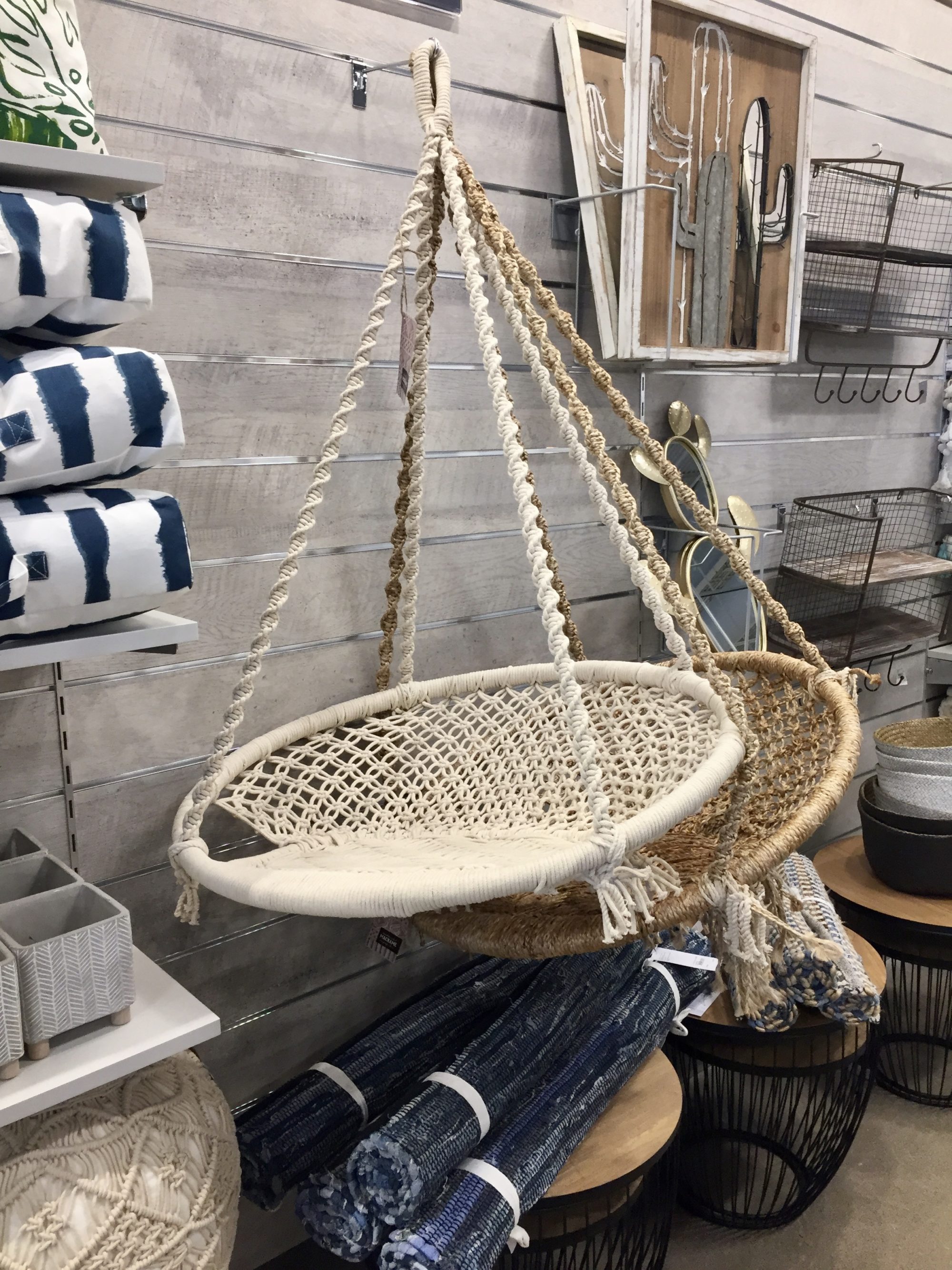 The change rooms have this cute waiting area: 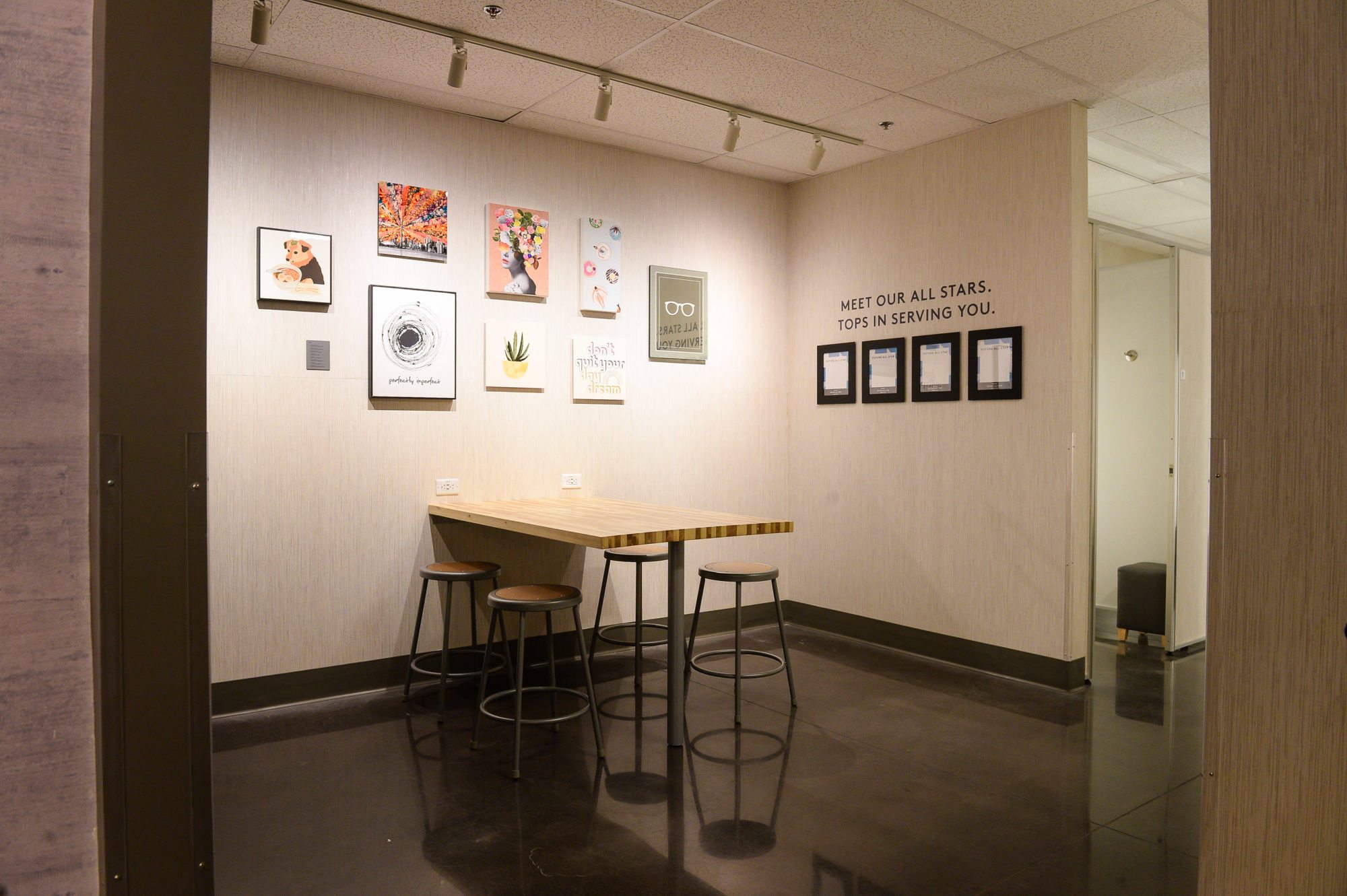 And tons of rooms in which to try on potential purchases: 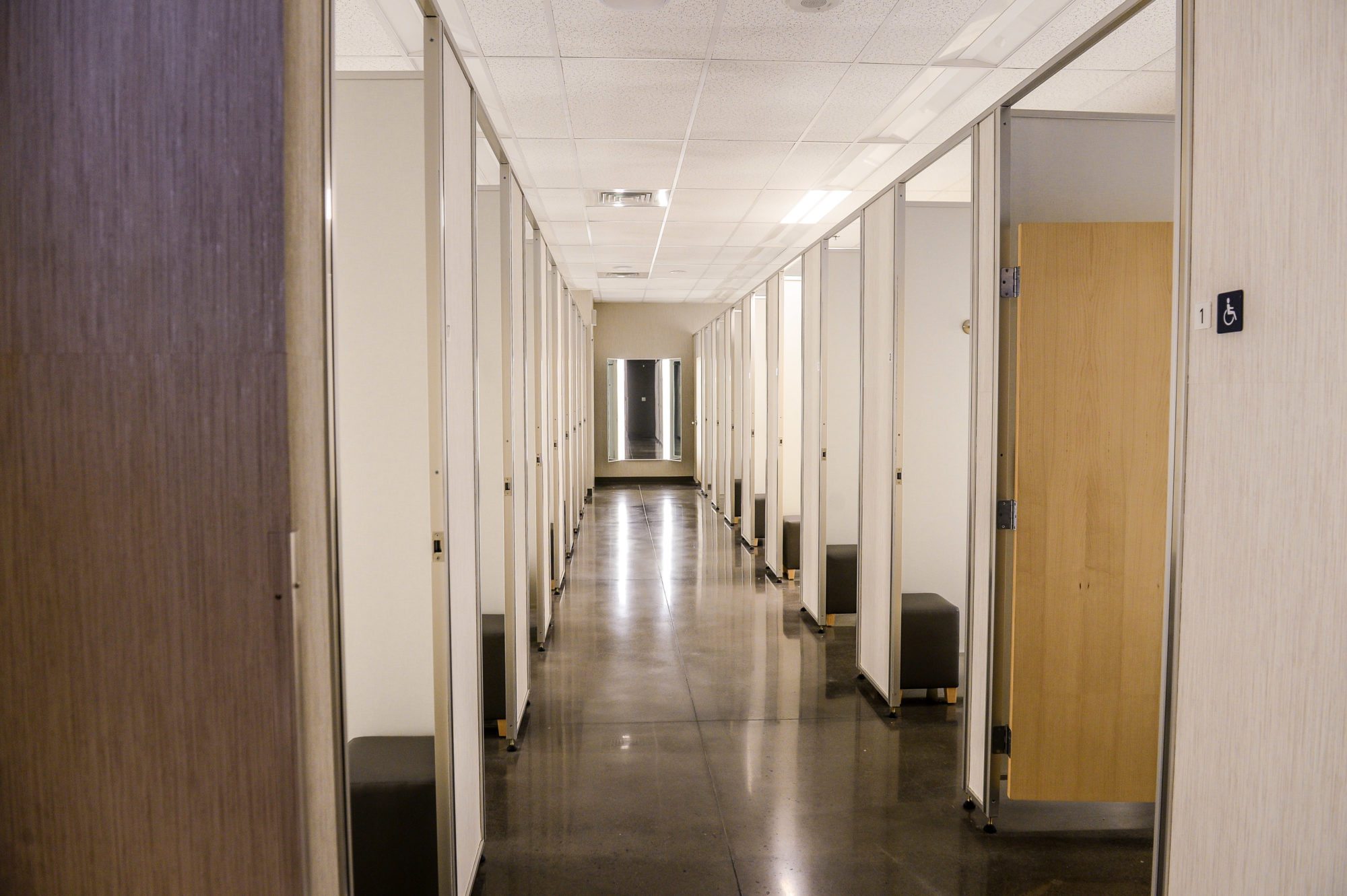 Over in accessories, we stumbled upon some chic handbags from Rebecca Minkoff, like this leather tote that’s currently $146 (regular $425): 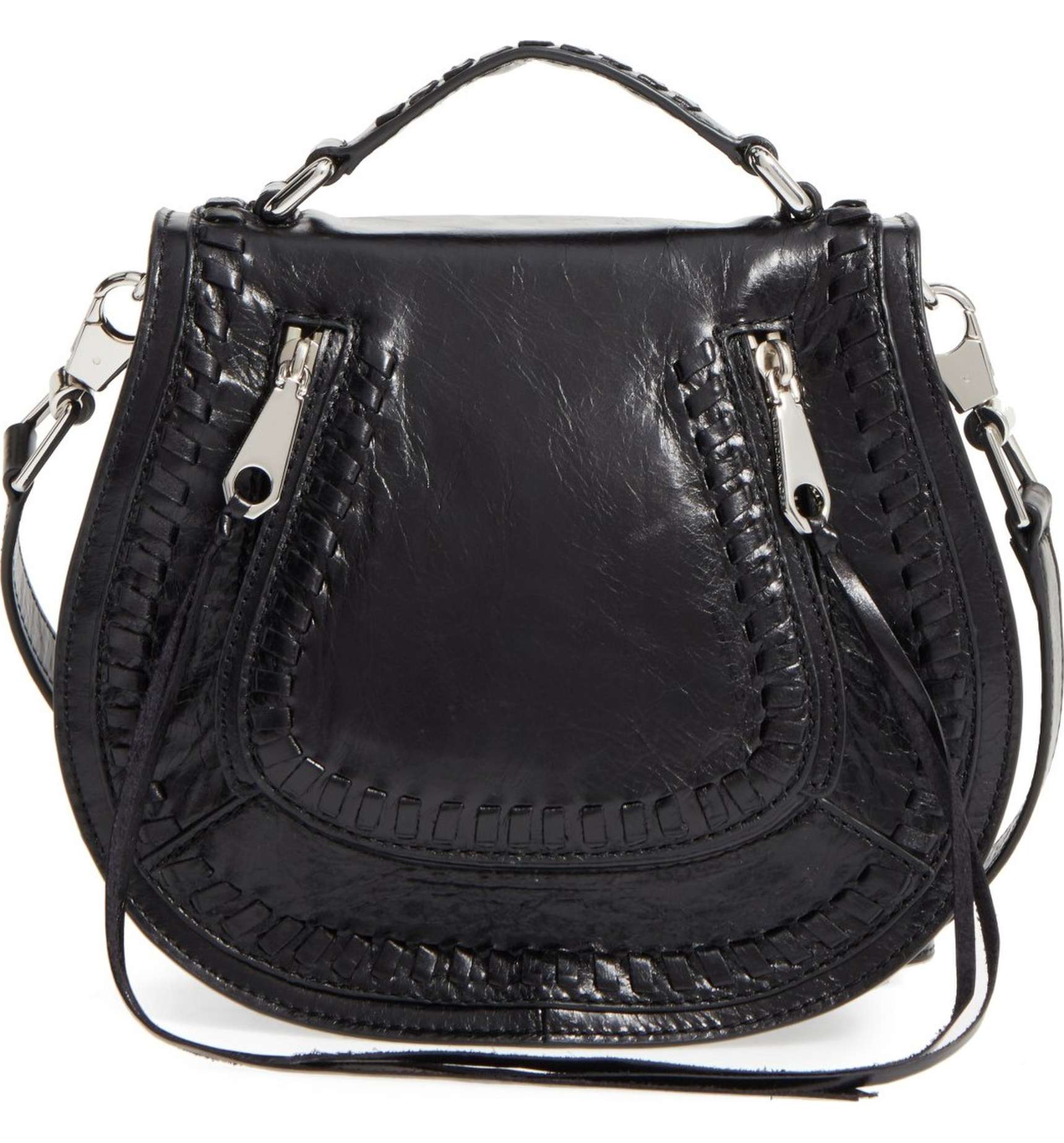 There’s also a huge selection of Ray Bans, including these trendy hexagonal frames, on sale for $99:

The higher-end section of womenswear has more designer finds, like this shearling coat from DVF, normally $2,248, down to $900: 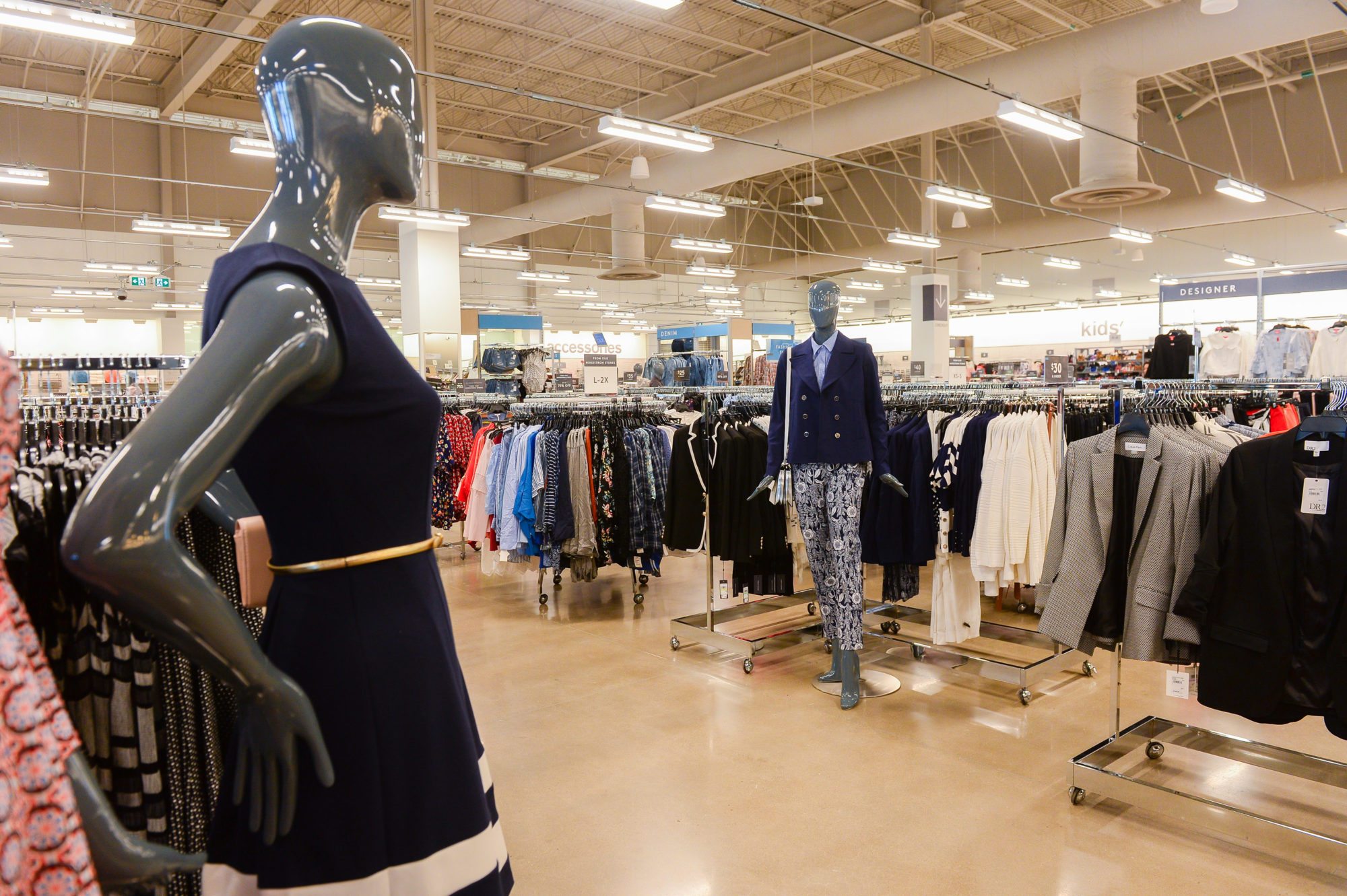 There are lots of wedding-appropriate dresses, too, like this boho number from IRO, that’s $230 (typically $730): 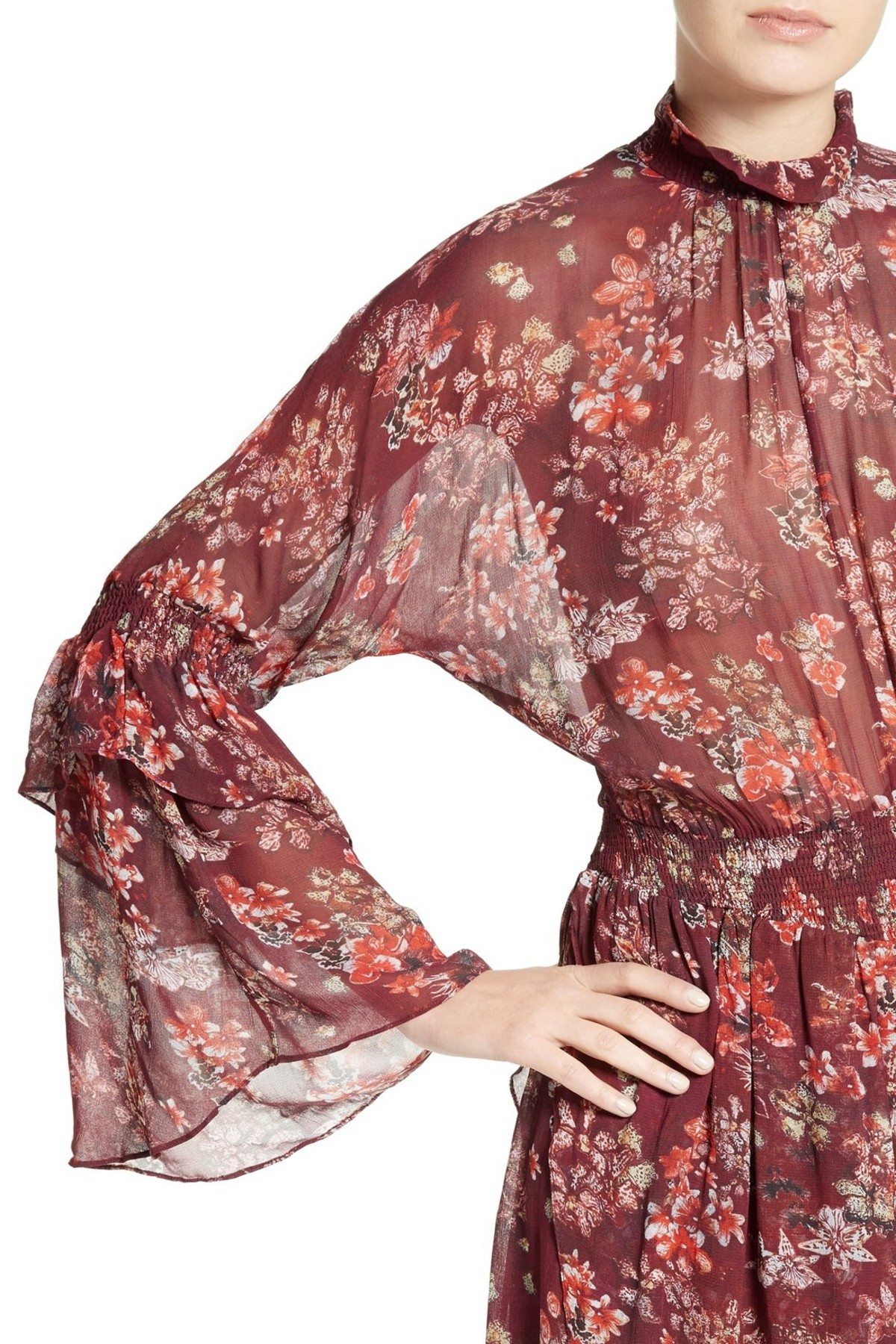 And finally, a bonus for upcoming cottage season: this Solid and Striped one-piece bathing suit that’s available for $80 (down from $205):

Here’s where you check out, and inevitably wonder how all of the great deals added up so quickly: 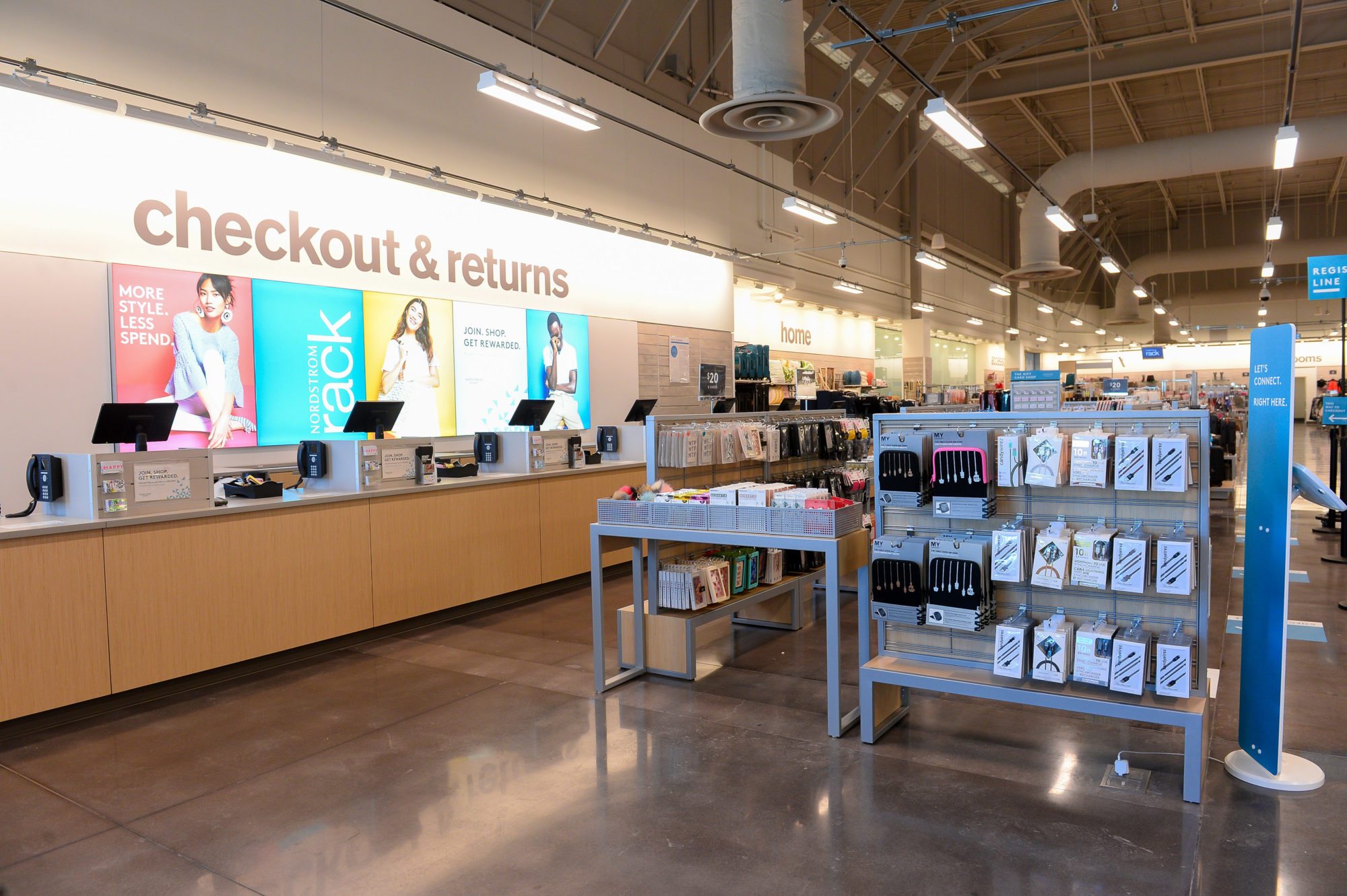 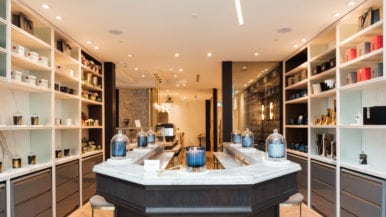 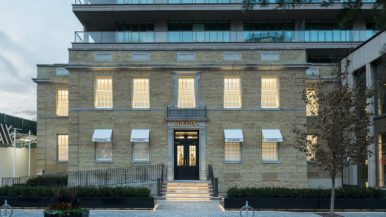 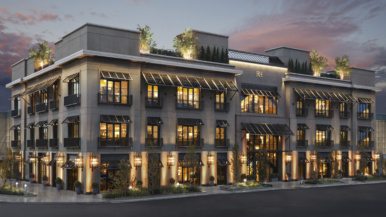 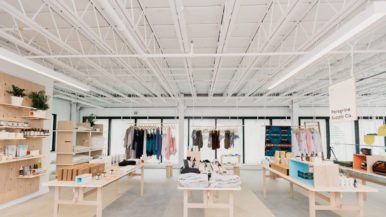 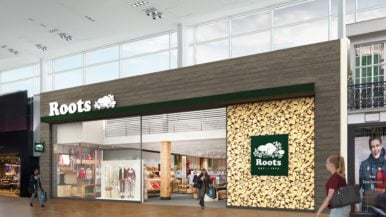 Inside the gigantic new Roots flagship store at Yorkdale Mall