As homebound Torontonians seek out screen-free activities to break up their days, puzzzles and board games in particular have gone from nerdy pastimes to Friday-night saviours. If your stash hasn’t been refreshed since the ’80s, there are plenty of local purveyors delivering cool new games for sale and loan that can provide temporary distraction from current events. We rounded up a handful and asked them to share quarantine recommendations guaranteed to break you out of your Scrabble rut.

This Queen and Spadina shop opened in October 2019, offering an app-enabled rental service, same-day deliveries and membership benefits. They have a library of over 800 games, and prices start at $5 for a weeklong rental. They closed their doors to the public on March 17, but are still offering free same-day deliveries for all rentals and purchases over $30 (their delivery zone is south of Eglinton, east of Humber River and west of Victoria Park). Founder Howard Hu says they’re disinfecting every single piece of all rentals after use and isolating games for four days between loans. 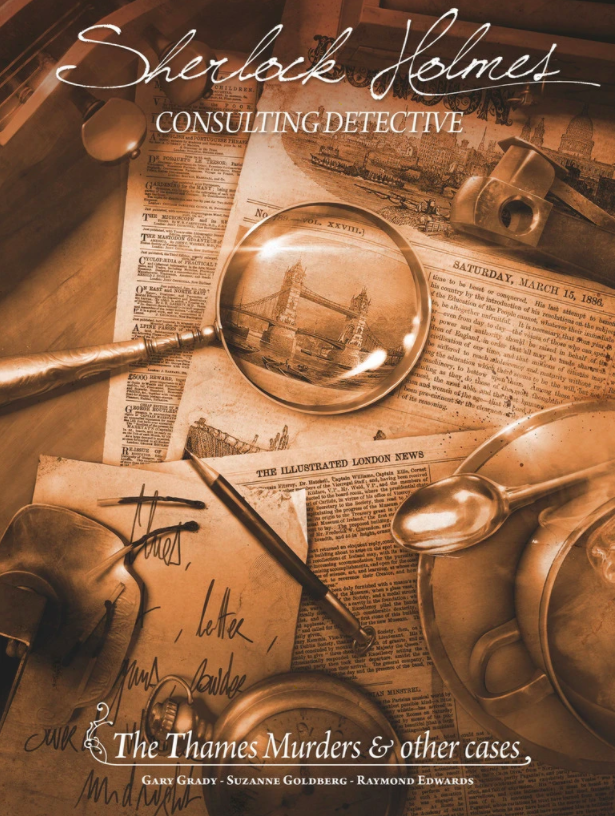 Sherlock Holmes: Consulting Detective: “Escape-room games are excellent in this environment. Here, your family needs to work together to solve a complex mystery in order to win. This one is great for anyone who loves to read because it’s full of articles and journals.” 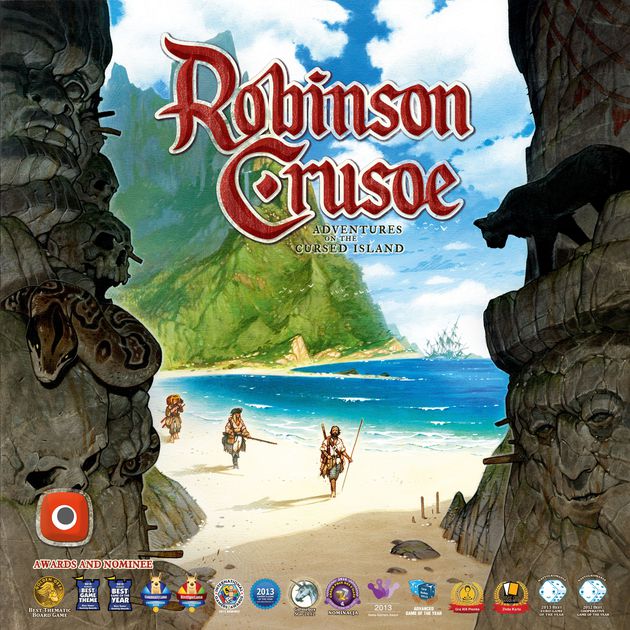 Robinson Crusoe: “This is another co-operative game, where you play against the game. It’s great because you win and lose as a team, eliminating stressful inter-family competition. In this one, you need to survive on an abandoned island, conquering hunger, dangerous beasts and potentially fatal weather conditions.”

Spielhaus, a licensed board game café at St. Clair and Dufferin, has been open for a year and a half. It’s run by husband-and-wife team Alena and Curtis, who typically make their money from a $7 entry fee (which gave customers access to unlimited games) and food and drink purchases, but have since transitioned into online sales. They have over 2,500 games and puzzles available, and customers can add on grocery boxes or family-sized pizza and nacho kits (craft beer included). Curbside pickup is free, and delivery fees usually run between $5 and $9, depending on your location. Each game is sanitized and delivered with gloves. 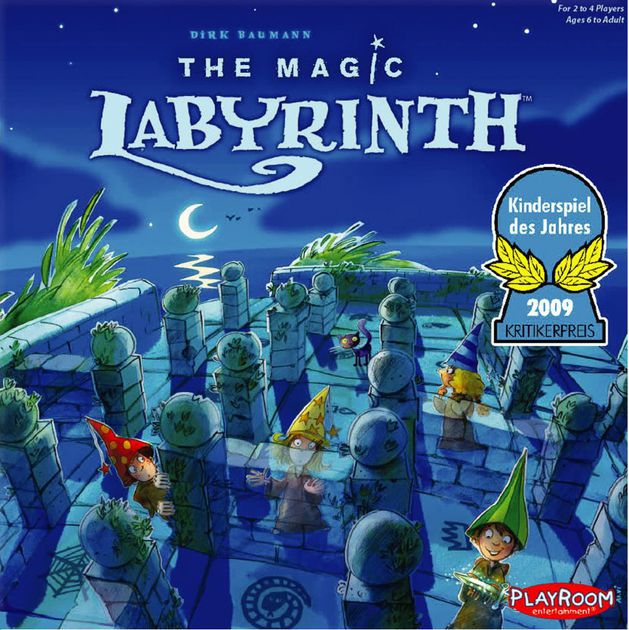 The Magic Labyrinth: “This is a good one for kids aged six and up. It requires memory and patience. Each player has a magnetic ball attached to their pawn under the board, and has to race to collect a magic object. The trick is to avoid invisible walls using their memory. If they hit a wall, their ball drops and they have to move back to the starting position and try again.” 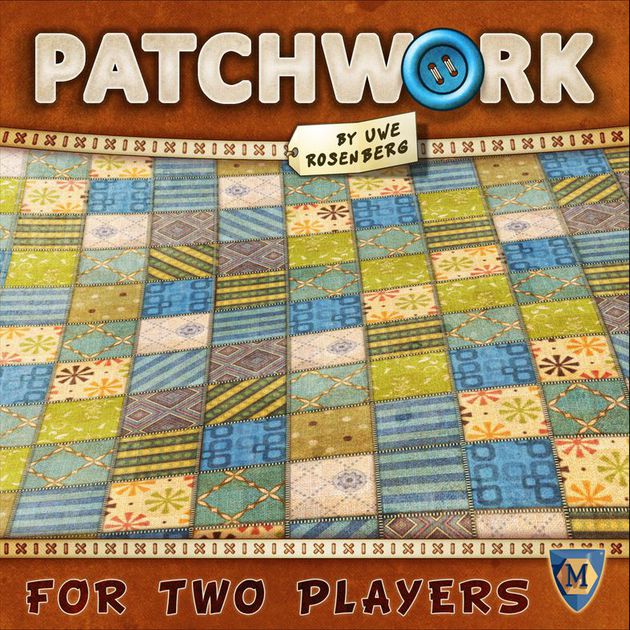 Patchwork: “This is a 15-minute abstract tile game for two players, and it’s great if you’re holed up with your significant other. Two players compete to build the most beautiful (a.k.a. highest-scoring) patchwork quilt on a personal game board. It was one of the most-played games at the cafe.” 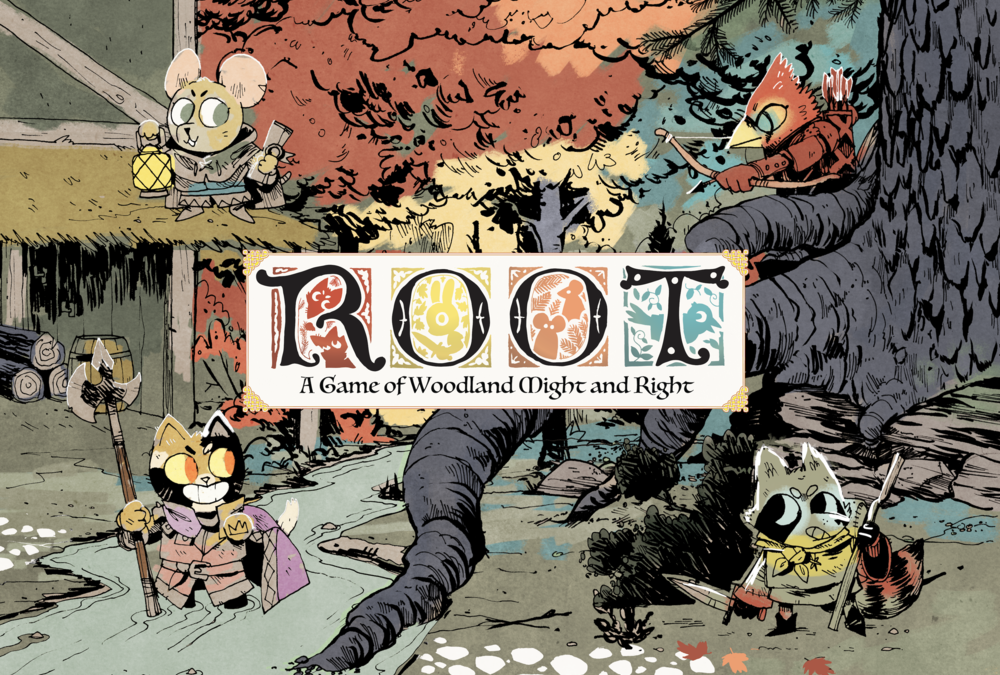 Root: “This strategy game is perfect for board-game geeks. It’s an adventure and war game in which two to four players battle for control of a vast wilderness. It’s up to the players to decide which group will ultimately take control. Since players drive the narrative, there’s a huge level of interaction and re-playability.”

A Yorkville family business for over 20 years, GHZ has never had an online presence other than a Facebook page. When the store shut on March 24, the founder’s daughter and store manager, Allyson Arsenio Rod, started fielding tons of requests through Facebook and email. She’s currently working on setting up an online store, but in the meantime she’s offering $5 deliveries from College to Finch and Broadview to Bathurst twice a week. She finds people have been ordering way more puzzles than usual—they have one of the city’s largest selections, with over 1,500 titles—and their selection of Kumon books are proving popular with at-home kids. 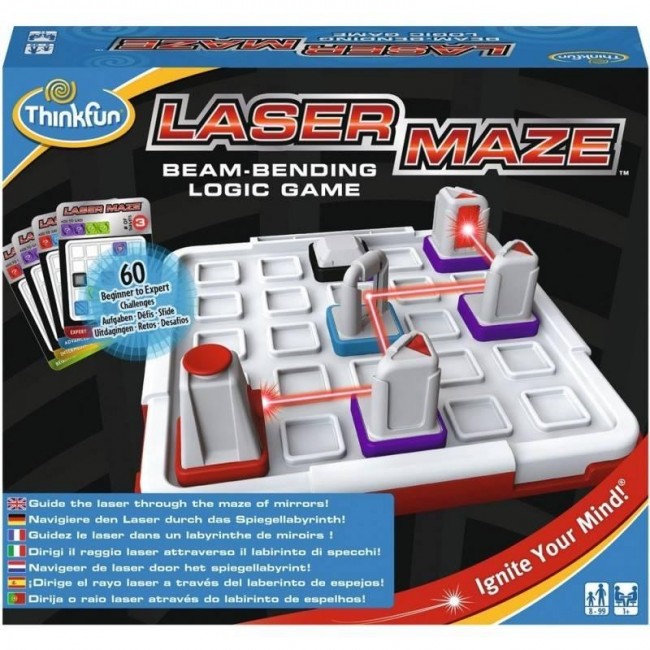 Anything from the ThinkFun line: “Twenty-five years ago, the brand came out with a sliding logic puzzle for kids called Rush Hour. Over the past few years they’ve launched a lot more fun games. Kids have so much fun they don’t notice how much brain power they’re using. For instance, in one called Laser Maze, kids figure out how to place mirrors so they can bend a beam of light from start to finish.” 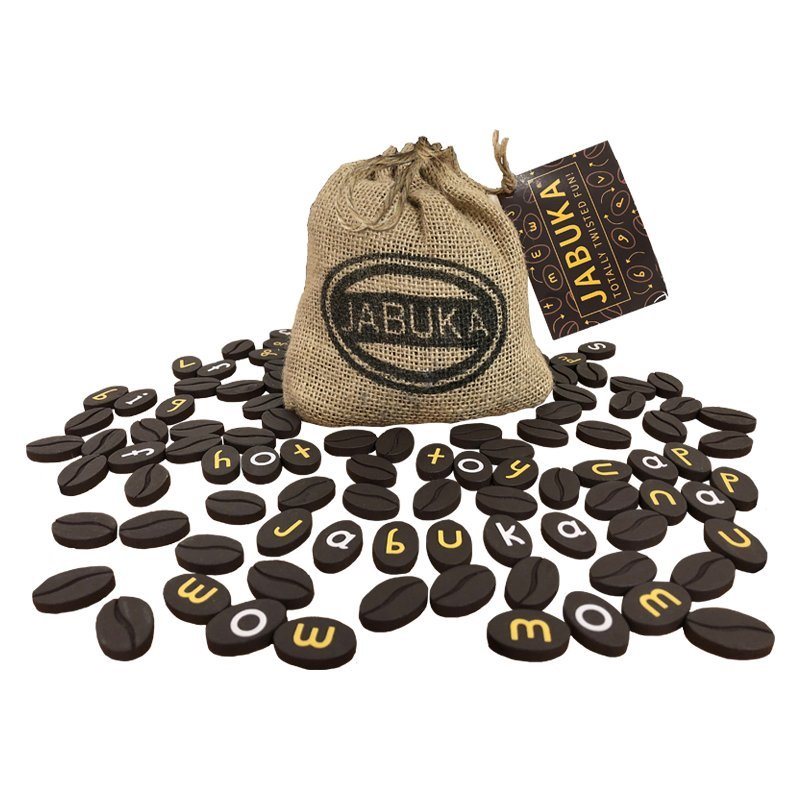 Jabuka: “This new game was invented by two Torontonians and came out late last year. It’s a word game, and I’d describe it as an elevated Scrabble. You play on a table and can manipulate letters. For example, an M could also be a W or an E. The pieces are made to resemble coffee beans as an ode to the city’s coffee culture.”

The Sword and Board

West-end games space and shop the Sword and Board closed its doors on March 24. Manager Bjarne Ling says staff have still been gaming together virtually and hanging out on the chat service Discord. They recently started offering deliveries through email. 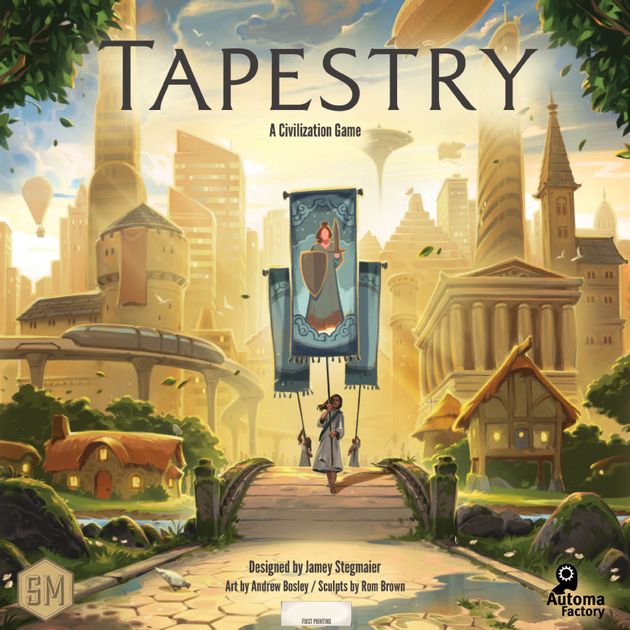 Tapestry: “This is a civilization-style game about building a society from the Stone Age onward. It has beautiful art, fun pieces and an immersive, strategic style that’s a perfect distraction these days.” 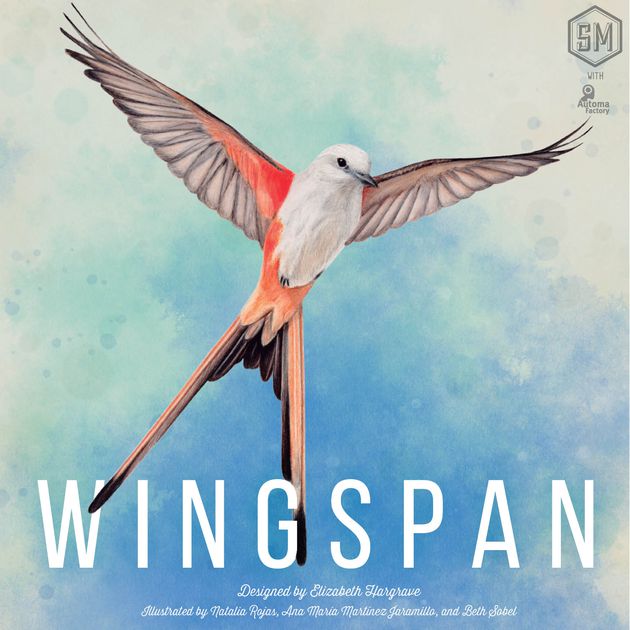 Wingspan: “This is an engine-building game about bird watching. It sounds silly, but the way the birds relate to each other and other players leaves tons of room for interesting interactions and deep strategy. You can play this game a dozen times without it ever feeling the same.”

This Scarborough board game shop has been open since 2013 and specializes in all kinds of modern, family-friendly board games. Though the storefront is closed, their online ordering platform continues to operate. Founder Bosco Li says online sales have been strong, and they’re even looking to hire more part-time staff to help with deliveries: 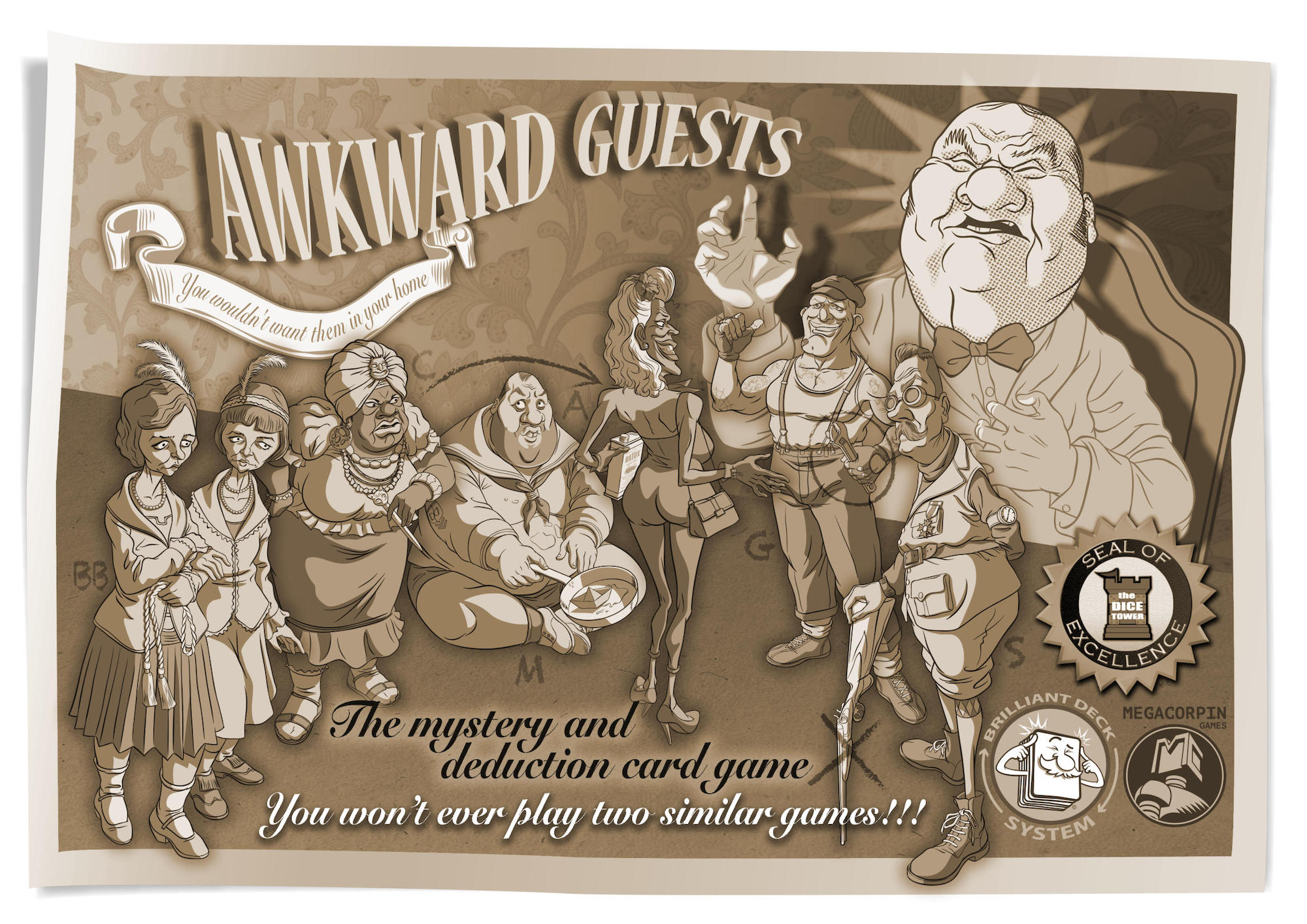 Awkward Guests: “This one sells very well for us. Players have to solve the murder of Mr. Walton using deductive and investigative skills. There are many iterations, so no two games are ever the same. The re-playability is great, making it a perfect one to repeat every Friday night.” 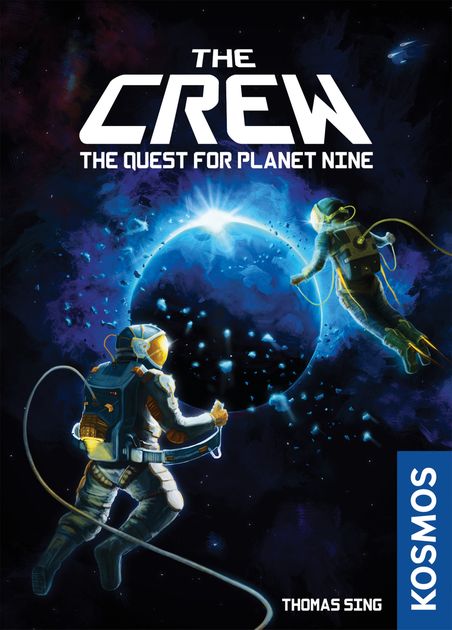 The Crew: “Another top seller, the Crew is a co-operative journey through space, where players complete missions of accelerating difficulty. It relies heavily on player communication, so it’s excellent for family bonding.”