Regardless of your feelings on Christmas or shopping or crowds, this year’s holiday windows are certainly worth stopping and staring. Here, five of the biggest department store displays, ranked from “Fa-la-la-la fine” to “Ho, ho, holy moly.”

5 The main entrance to Nordstrom is inside the Eaton Centre, so while it doesn’t benefit from street-facing displays, it does manage to make the most of its towering three-storey wall of windows. This year, they’re plastered in classically festive imagery like snowflakes, Christmas trees and a looming Nutcracker. (The mall’s illuminated oversized reindeer manage to photo bomb every shot of the mural.)

It's beginning to look a lot like the holidays ⛄️?? #NordstromTO

4 The OG Toronto luxury retailer traded in its typically swanky windows for something a little more playful (and punny) this year. In place of svelte, silk-draped mannequins are frolicking polar bears—larger recreations of their holiday teddy bears, proceeds of which go to support the World Wildlife Fund’s arctic efforts. Of course, perched on the paws are designer handbags and shoes that cost as much, or more than, a mortgage payment.

A post shared by Nicolle Sirisko White (@nicollesiriskowhite) on Nov 4, 2017 at 7:50am PDT

3 This year, the diamond peddler’s Bloor Street windows harness little-blue-box excitement in unexpected, artsy ways. A collection of scenes depict silver figures fishing for diamonds amid sparkling constellations, pushing towering stacks of packages and throwing Tiffany-teal paint at each other. It’s almost enough to sway you into purchasing some of their signature bling—or, you know, maybe just a $1,000 tin can.

Holiday installations are under way at #tiffanyonbloor these whimsical displays are very reminiscent of Tiffany window legend, Gene Moore.

1 Every year Hudson’s Bay’s Christmas windows set the gold standard for over-the-top holiday whimsy. This year, three-time Grammy-winning artist Pentatonix kicked off the unveiling. (Mariah Carey herself had the honour last year.) The department store’s latest creation involves a series of playful snow globe–inspired displays. The ethereal scenes include two high-fiving polar bears and Toronto landmarks set against a starry sky. The details are delightful, and are guaranteed to draw in the shopping-averse or make the grinchiest passersby crack a smile.

The Bay windows… so pretty!!! @hudsonsbay you guys rocking it this year!!! 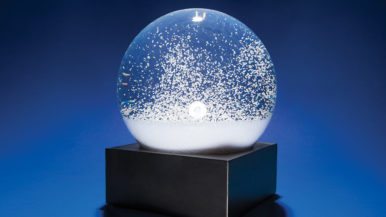 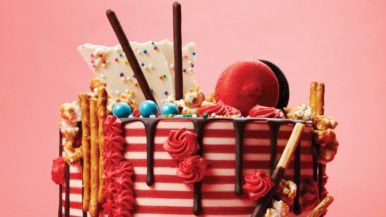 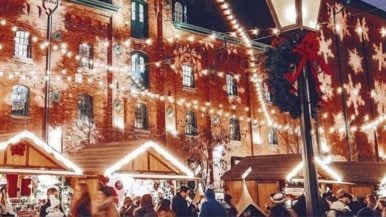 Six of the best holiday markets in Toronto, and what to buy at them