The “Versailles of Vaughan” is back on the market, at a reduced price

The “Versailles of Vaughan” is back on the market, at a reduced price

See more from inside 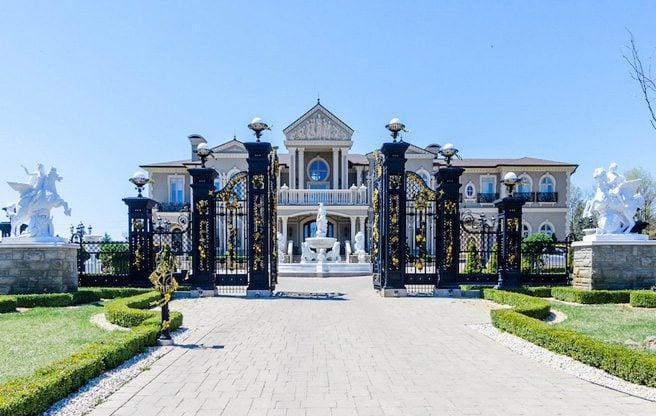 In 2013, a home that easily ranks among the wildest in the GTA went on the market for $17.8 million. The so-called “Versailles of Vaughan,” a 24,000-square-foot mansion on Rocmary Place, is a fantasia of faux-European luxury, down to the murals on the ceilings, the gaudy statuary slotted into every nook, the colonnaded indoor pool and the heated “Ferrari room.”

It appears there weren’t a lot of big-spending buyers in the market for a suburban pleasure palace, though, because the property is now back on the market with a reduced list price: a mere $14,888,000. The place also has a new listing agent, Paul Oulahen, who says he has been overwhelmed with interest in the home since it reappeared on Toronto’s Multiple Listing Service earlier this week.

The owners of the mansion are Boris Pulec and his wife, Lidia Di Nicolo. The two of them run a pair of schools that train dental hygienists. They declined to speak with Toronto Life, but in a previous interview Lidia said that they built the mansion primarily as a backdrop for their wedding ceremony, where guests dressed in 18th-century Venetian clothing. A few months after the party ended, they put the place up for sale.

For a better look inside the home, see our our photo gallery from 2013.