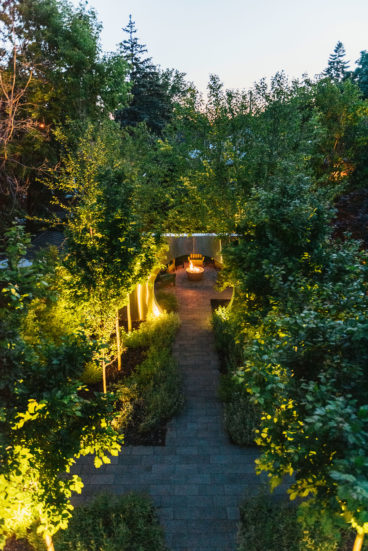 This Etobicoke oasis has “moon gates,” a fire pit and a trickling stream

Dean Roehl and Rob Reid, both originally from Alberta, moved to Toronto from Seattle five years ago. Rob landed a job leading the Institute for Better Health, the research arm at Trillium Health Partners, and Dean, a family physician, had close relatives in Toronto. The couple had owned a mid-century modern home in Washington and were searching for a similarly sleek and airy residence here—mainly to accommodate their sizeable collection of contemporary art—which they found in Etobicoke.

Back then, the backyard was a patch of sod, featuring a concrete rectangle in the centre for a dining area. “It didn’t match the house in any way,” says Dean. Shortly after moving in in 2016, they enlisted Kennedy McRae from Earth Inc. to transform it. McRae came up with a bold concept to create four separate spaces, with multiple lounging areas, striking sculptures and surfaces on which to flaunt outdoor art. He surrounded it all with vegetation inspired by the Pacific northwest, with lots of lush grasses.

Now, the backyard mimics the interior layout of the house, which has a hallway down the centre and rooms off to both sides. A trickling stream flows down the centre of the yard, and two giant stainless-steel walls, which the couple call “moon gates,” divide the space into quadrants, making the backyard ideal for physically distanced family visits.

McRae dreamed up the moon gates after seeing paintings by John Dempcy and Jeffrey Simmons in the couple’s collection that played up circular motifs. Dean and Rob chose stainless steel to complement the kitchen cabinets: 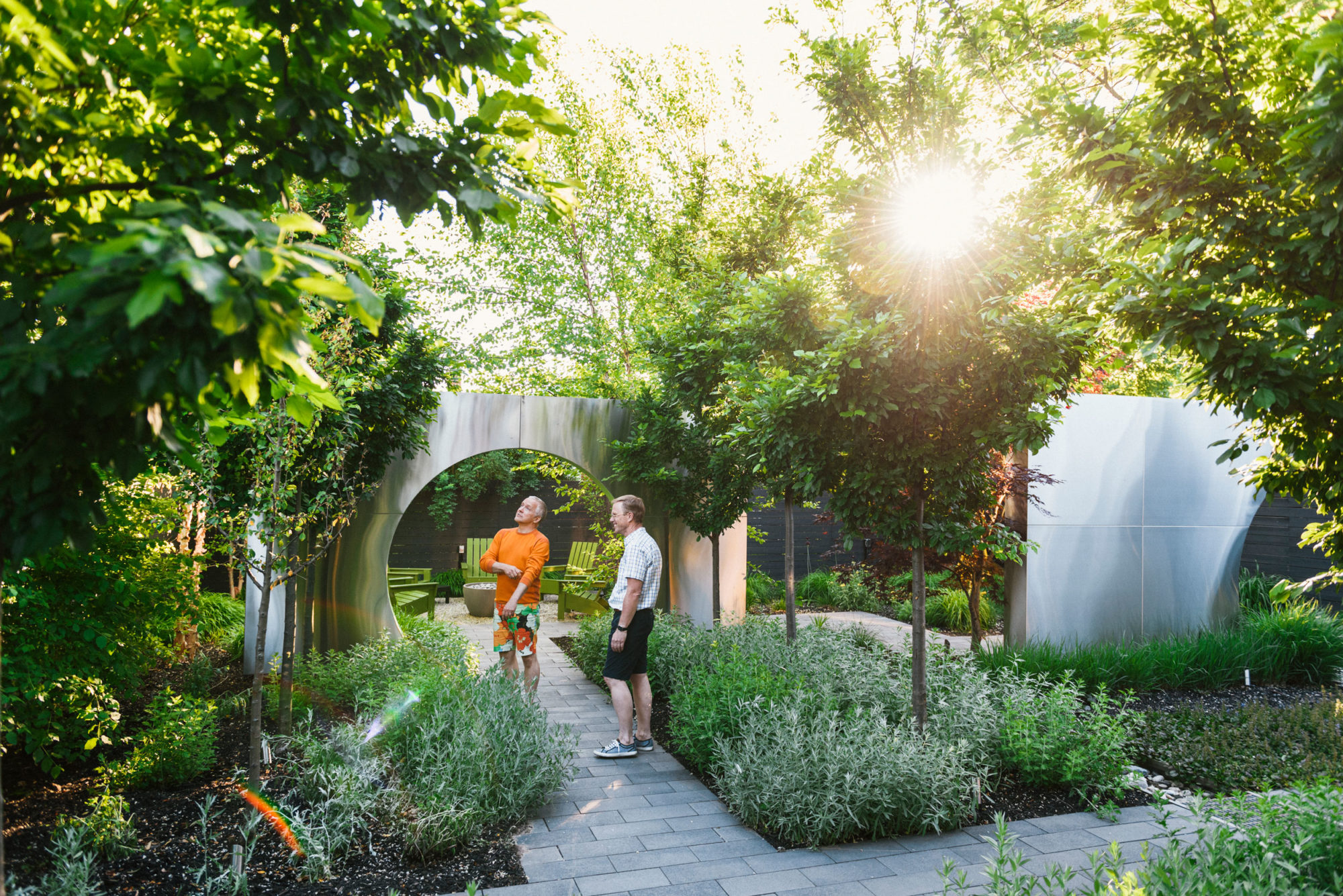 Now that they’re hosting fewer guests, Rob has taken to doing his Zoom calls in the garden. There’s an outdoor dining table off the kitchen, where they eat nearly every evening in the summer, and a backyard fire pit, where they hang out after dinner. As Rob says, it’s a place that makes the troubles of the world feel extra far away.

A row of flowering crab-apple trees lead to the fire pit. They produce a yellow fruit the size of blueberries. “They serve as food for squirrels,” says Dean. Rob crafted the Muskoka chairs around the fire pit himself, as a way to honour his late father, who was an amateur carpenter: 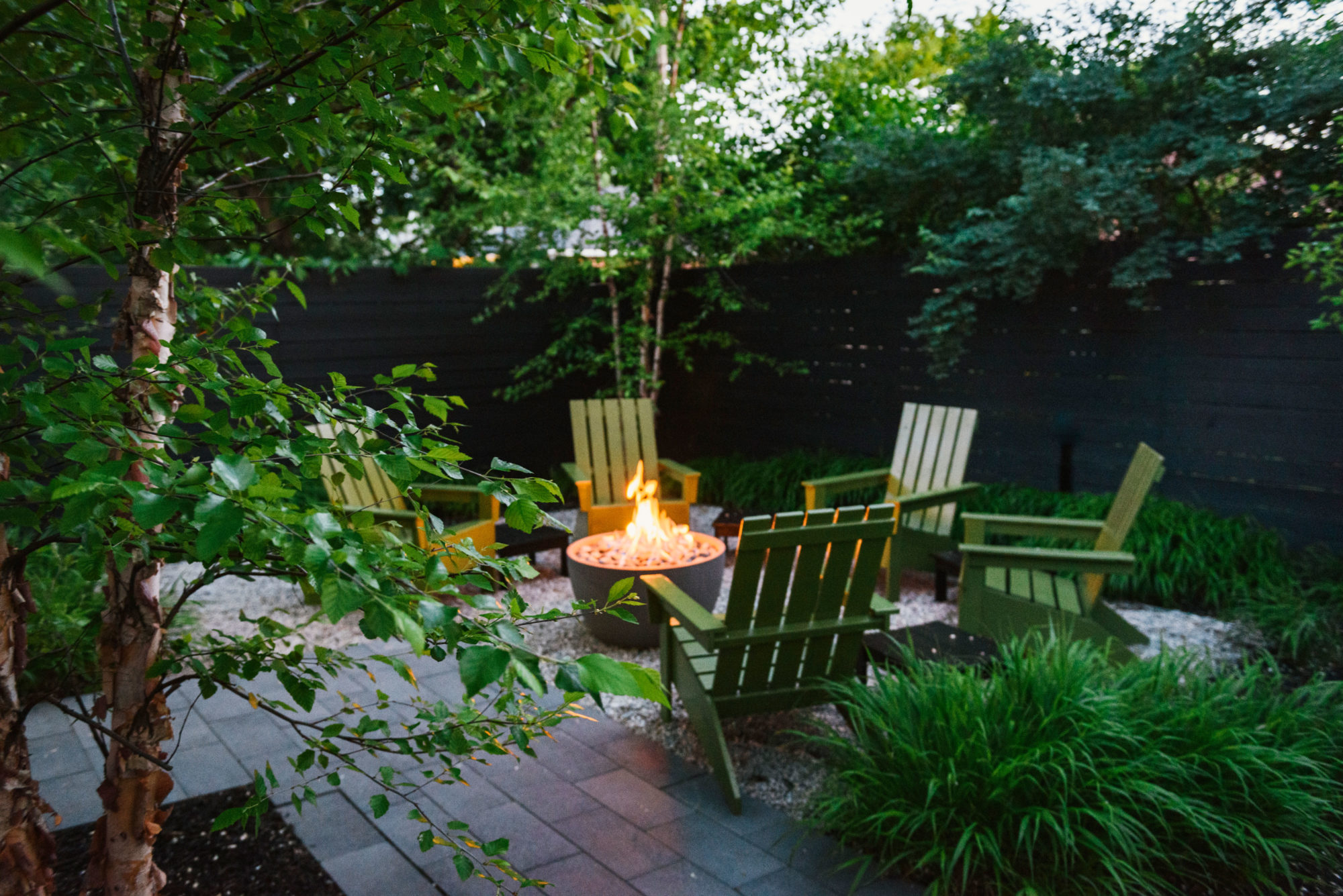 This piece, called Clarity, is by California-based artists Jennifer Gilbert Asher and Mario Lopez, from Terra Sculpture. The couple likes that it brings some unexpected bling to the garden: 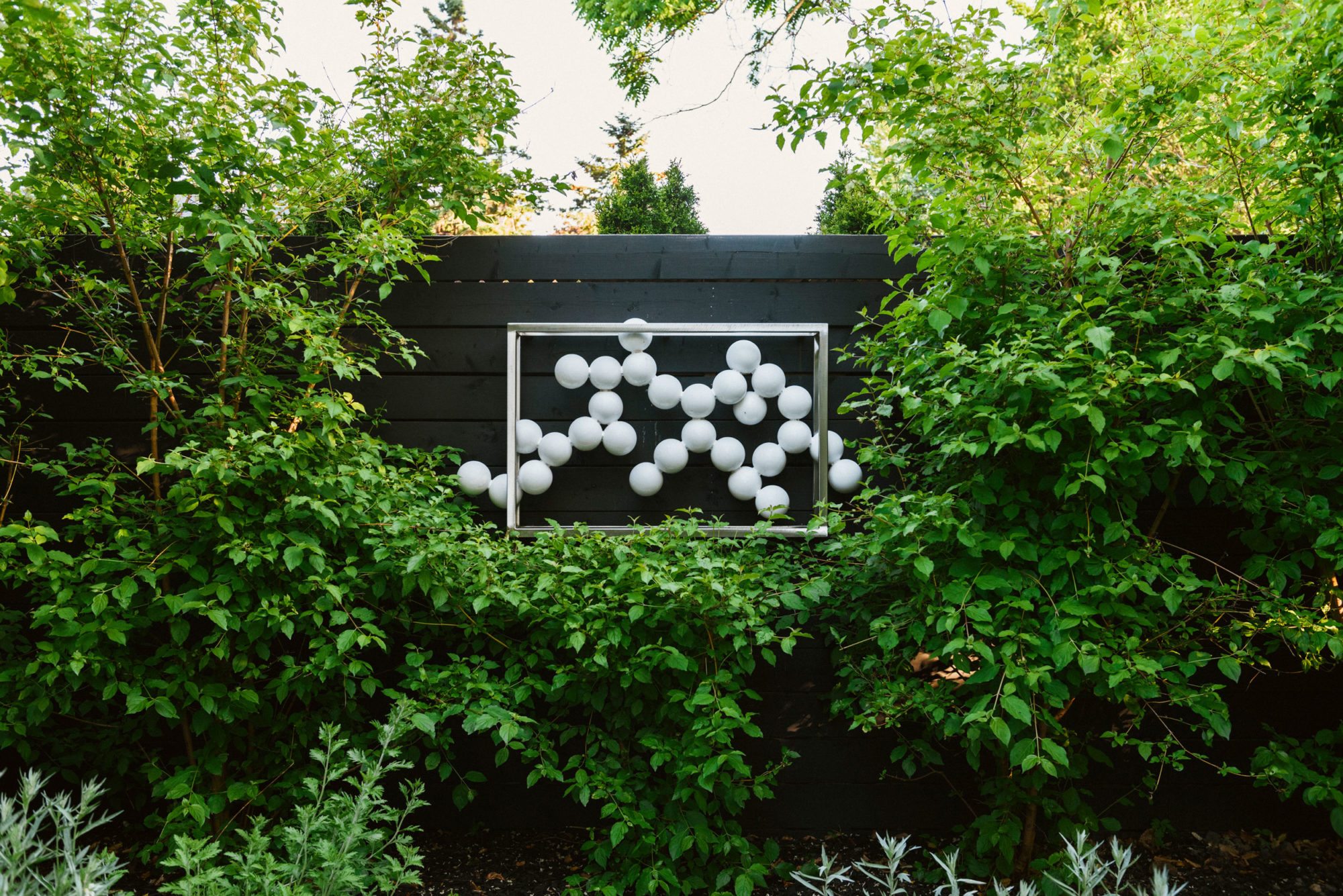 Gravity is also by Asher and Lopez, and it’s surrounded by yarrow, allium and a few species of grass. Dean and Rob chose the bright hue to draw the eye through the moon gate: 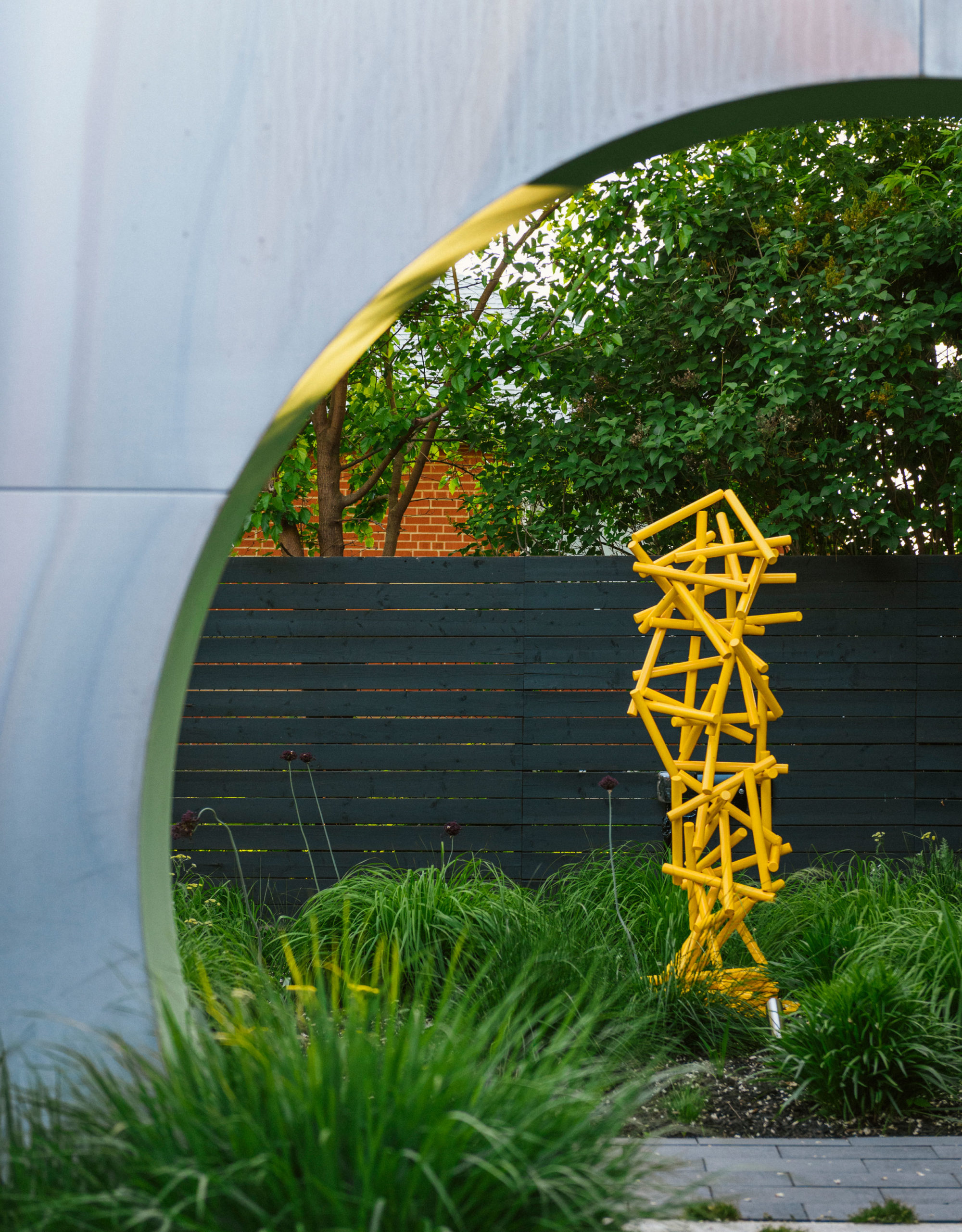 The reservoir that pours over into the stream makes a great bird bath. They get goldfinches, robins and cardinals in there—as many as nine or 10 at a time. “It’s the local pub for birds,” says Rob: 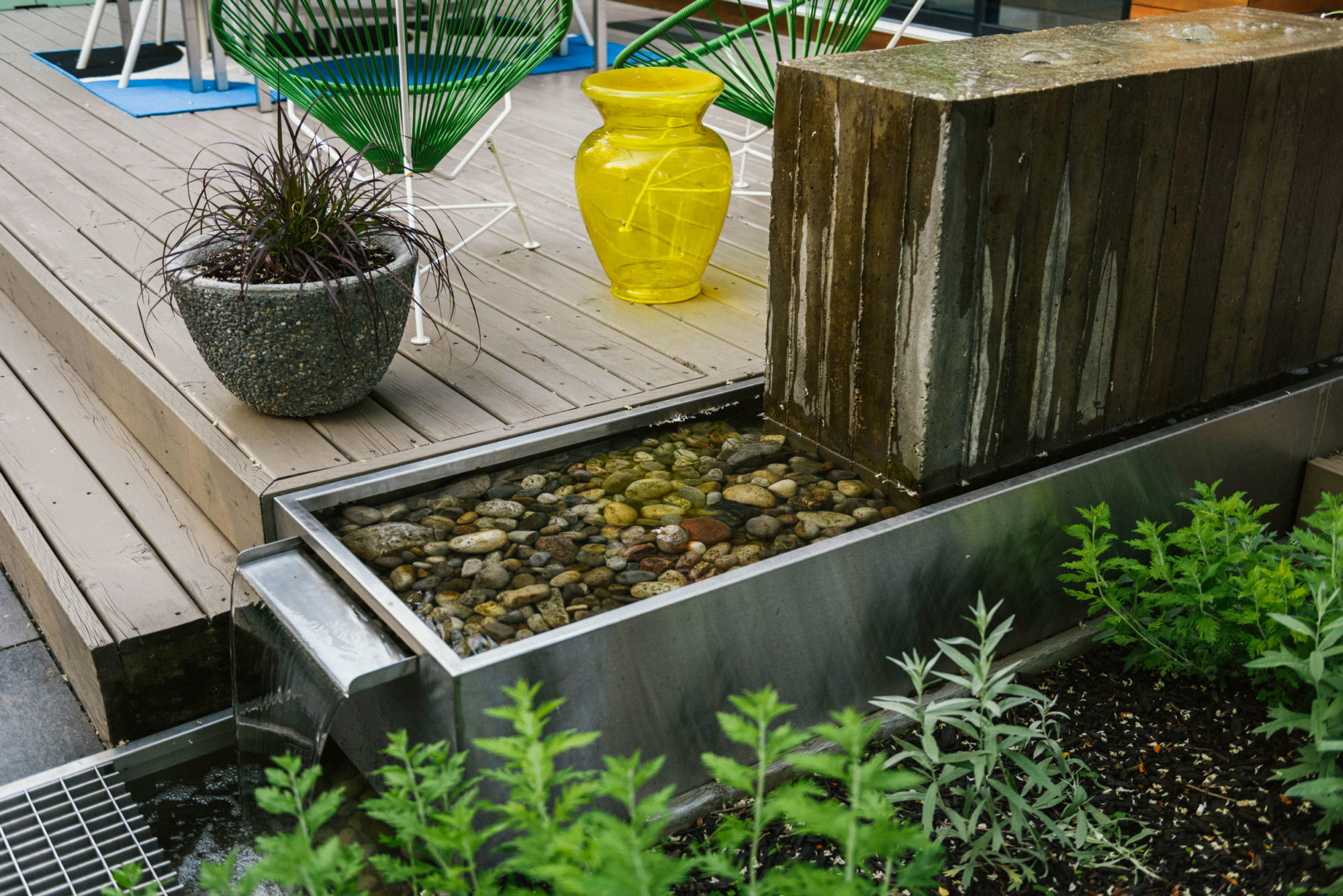 This feeder came with the couple from Seattle. Birds rush to it when they fill it: 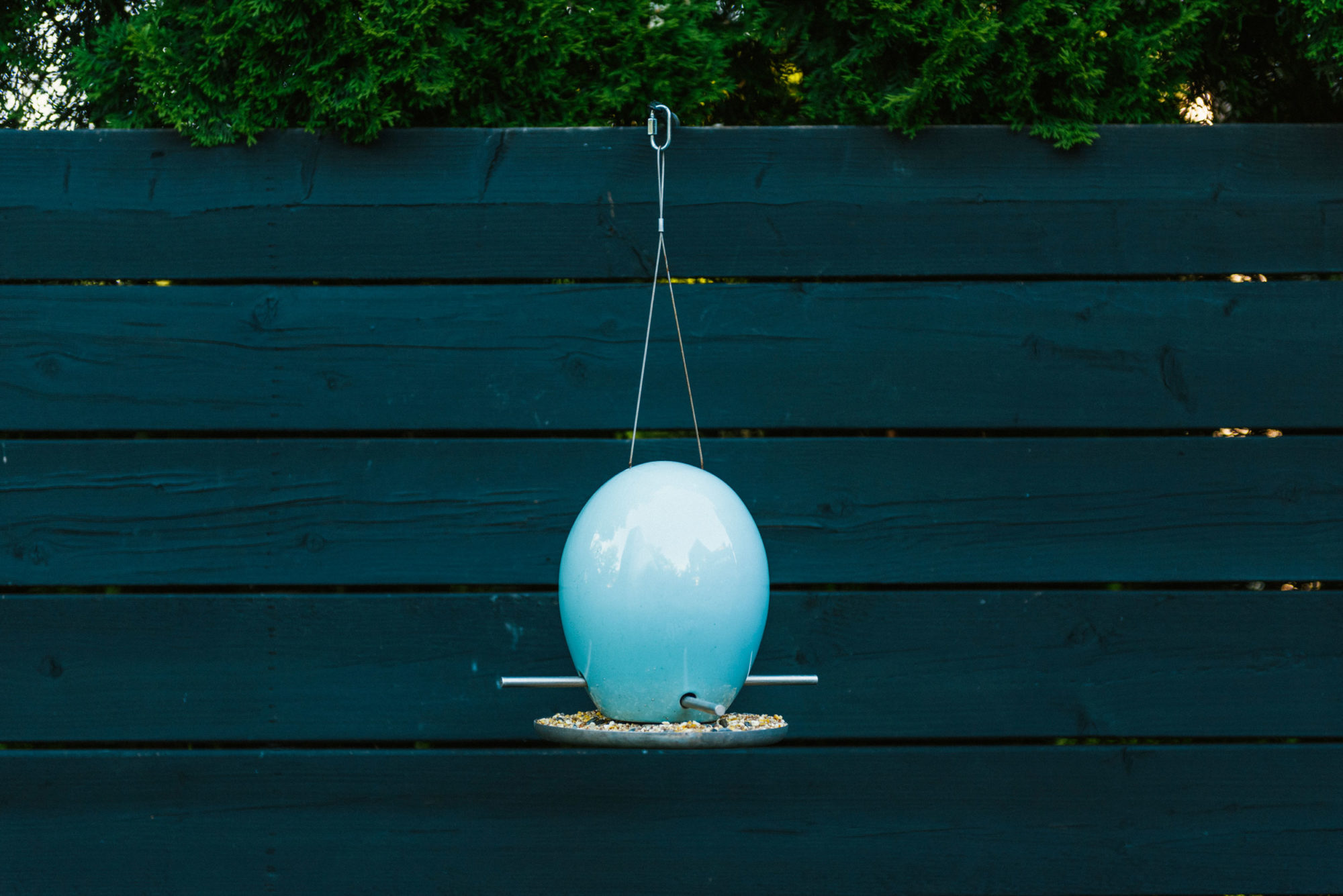 The outdoor lounge area functions as an extension of their living room: 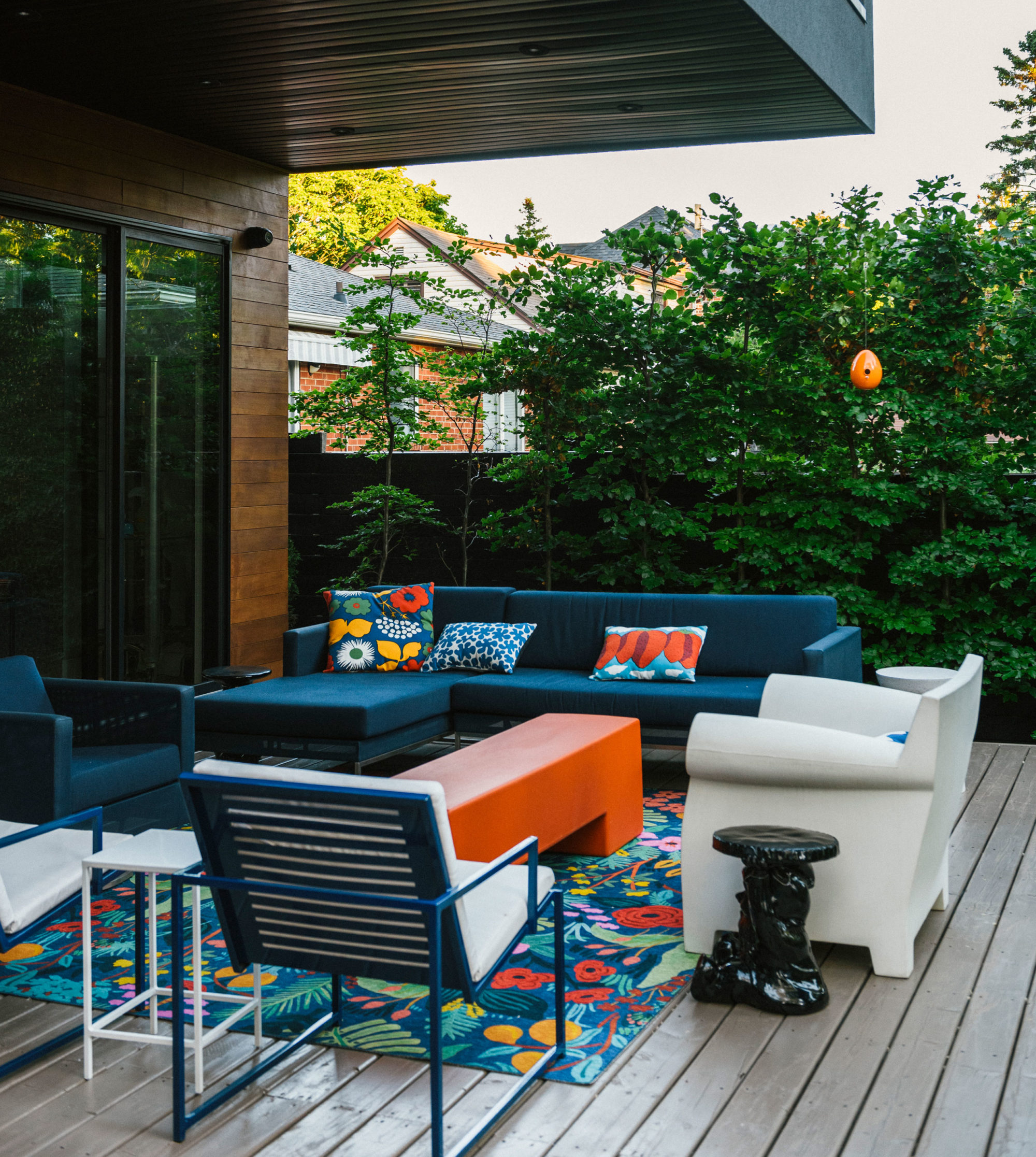 And here’s the front of the house: 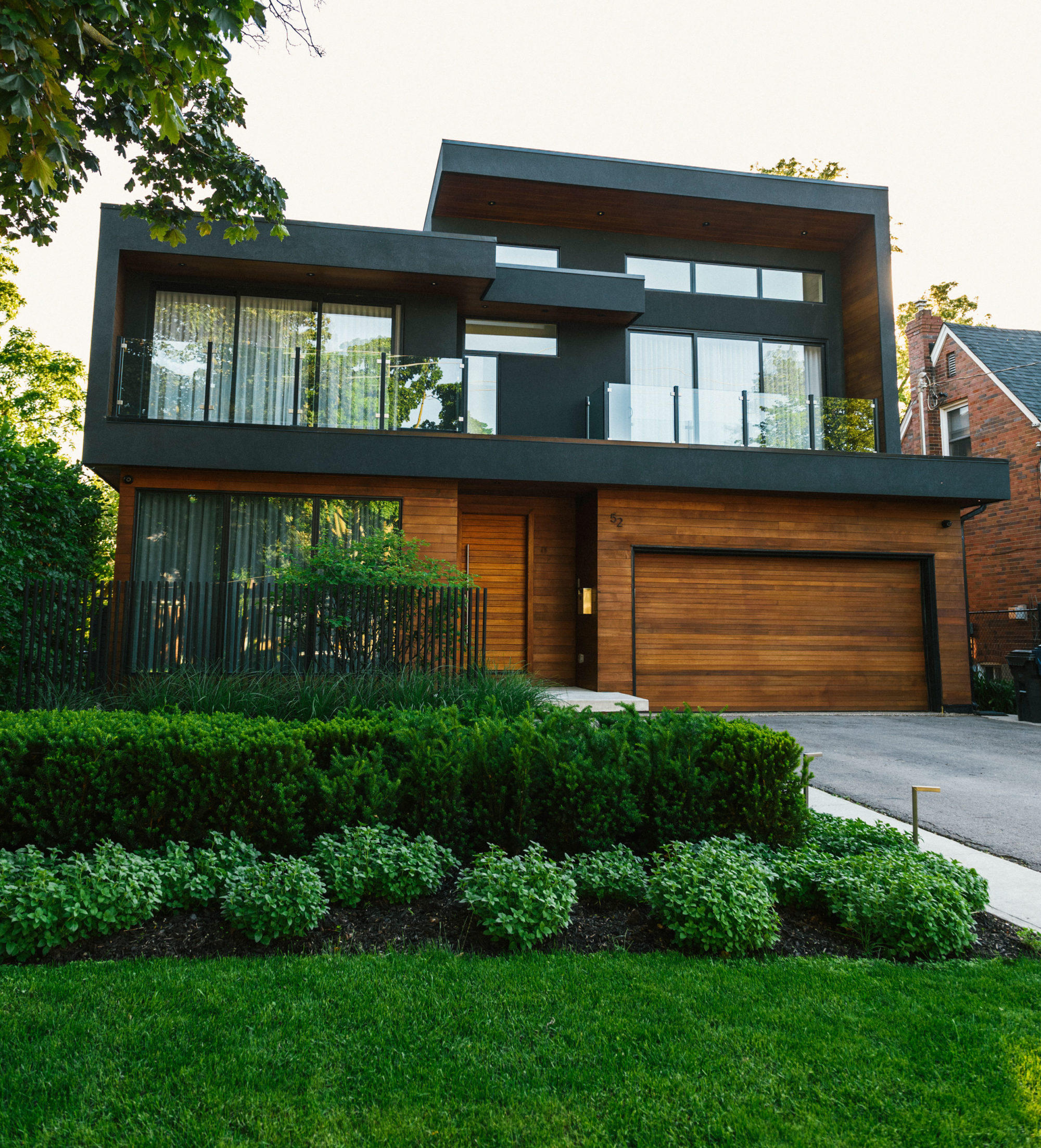