Becky Freeman ran an interior design business for nearly a decade before moving into home staging four years ago. She made the switch after a friend’s mother, who was a real estate agent, asked if she could redecorate a property before it went on the market. Freeman liked the quick turnaround, and the satisfaction of knowing her ideas could help make sales. “I got hooked,” she says.

This century-old home has four bedrooms and three bathrooms. “The shell of the property was inherently beautiful,” Freeman says. “It was one of those classic old Toronto homes.” The sellers, who had a toddler and another baby on the way, had only been living in the home for a few years, and they hadn’t found much time to decorate. They had recently started renovating the third-floor loft when Freeman took over.

Freeman could see the potential of the property from the moment she first entered it. The house already had attractive ceiling medallions and mid-century-modern light fixtures. Her first step was to declutter and simplify the rooms, while retaining whatever furniture seemed as though it would work with the “fashion-forward chic” feel she wanted to create.

Freeman bought a wicker bench from World Market recently. When she saw the house’s foyer she knew it needed to be the main feature of the space. “When I posted that shot on Instagram probably 30 people asked me where that bench was from,” she says: 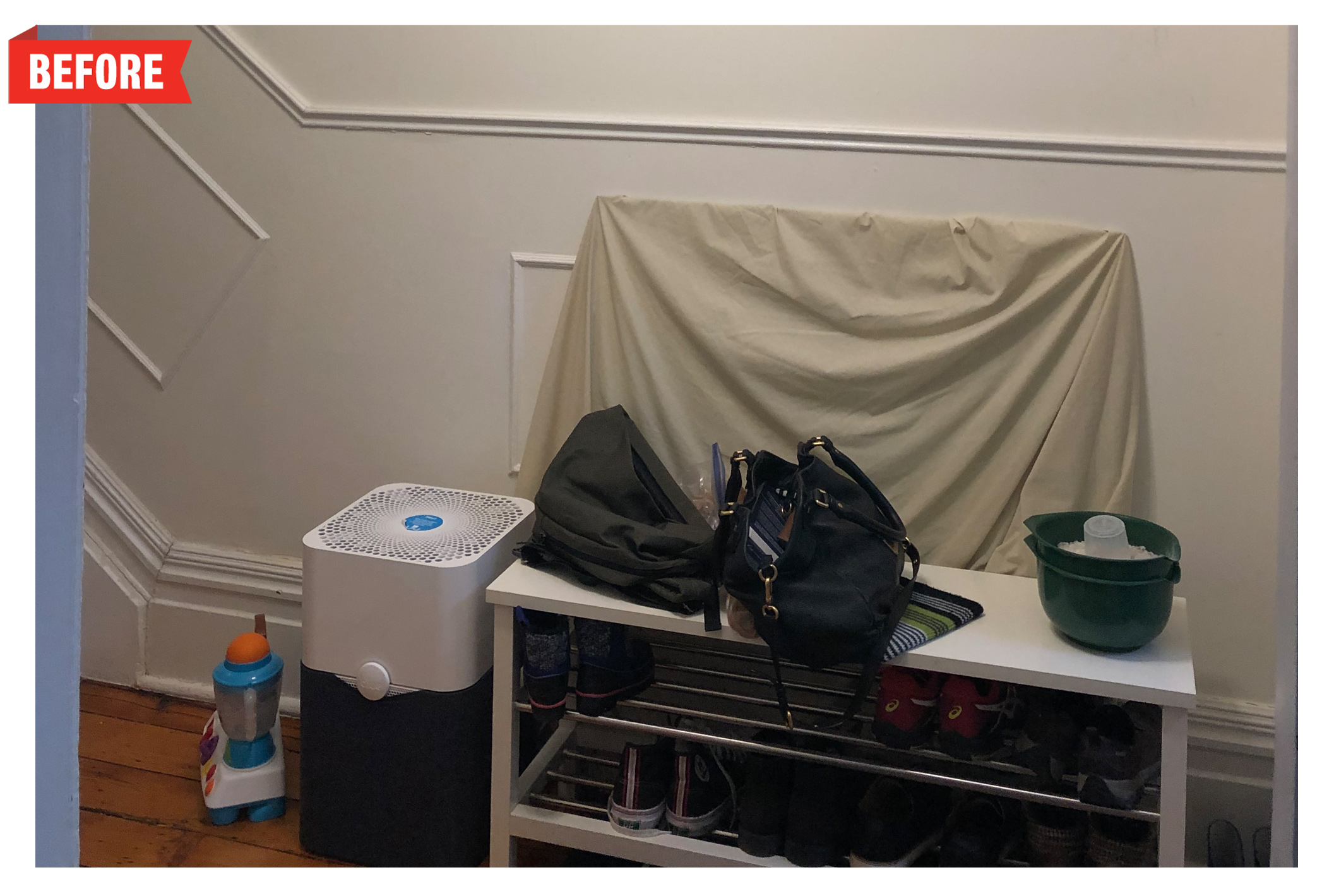 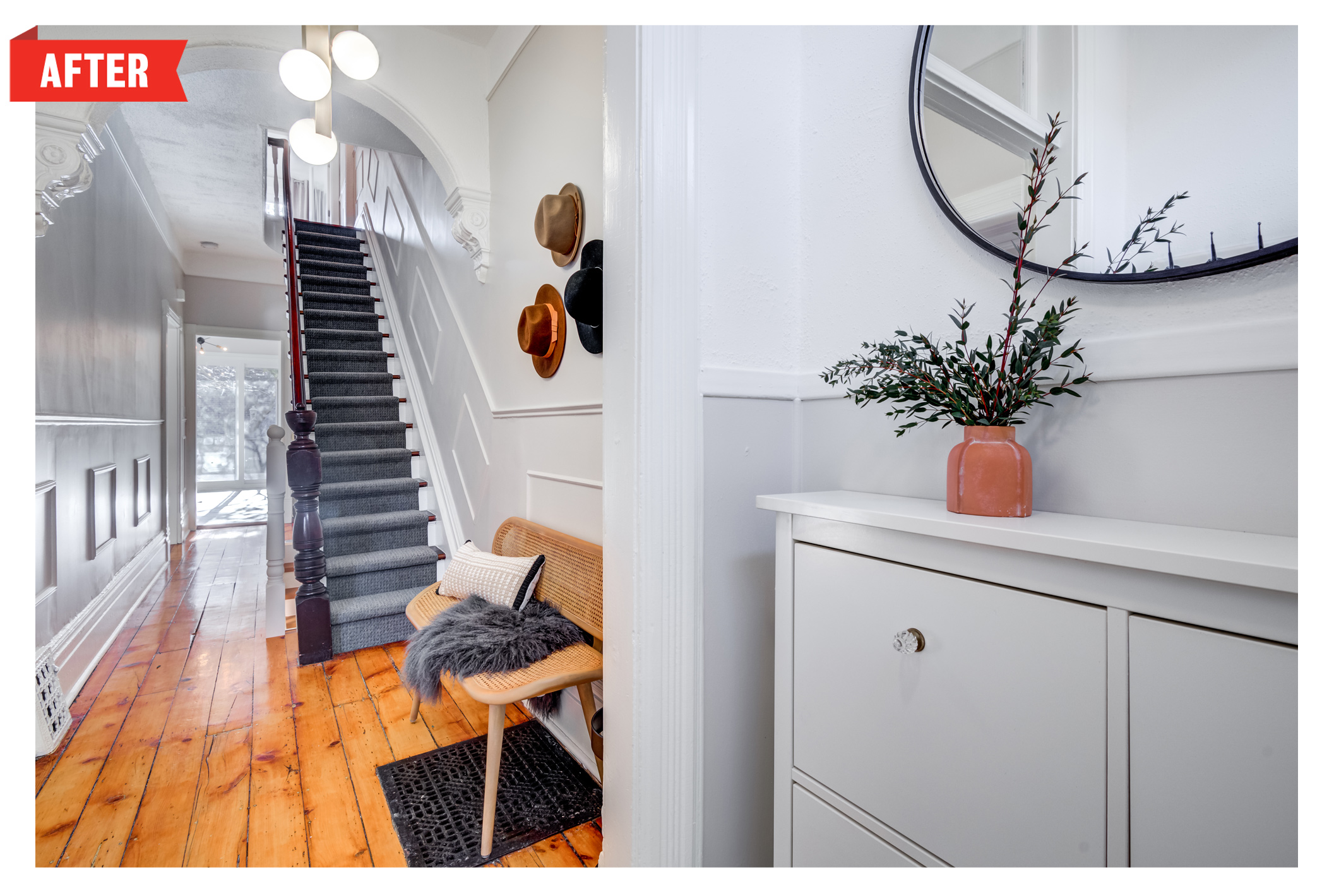 One of her first decisions was to change the front room of the house, which the owners were using as a dining area, into the principal living room. “People like having the living room near the front door. They don’t want to walk through the dining room,” she says. A previous set of owners had decorated the brick fireplace with a DIY tile pattern. Freeman thought this made the room look dated, but she kept a section of the tile in the redesign to complement the room’s colour scheme: 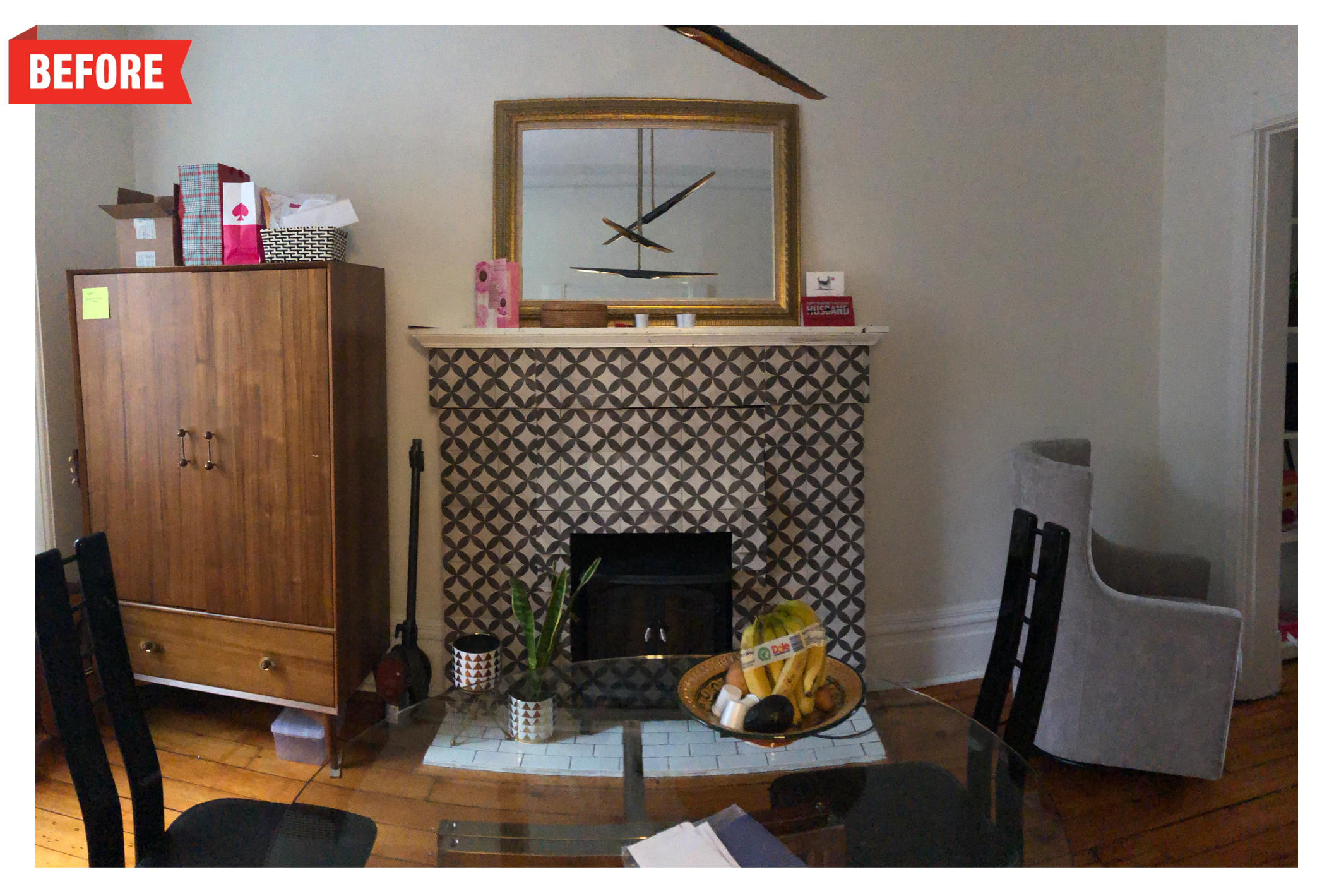 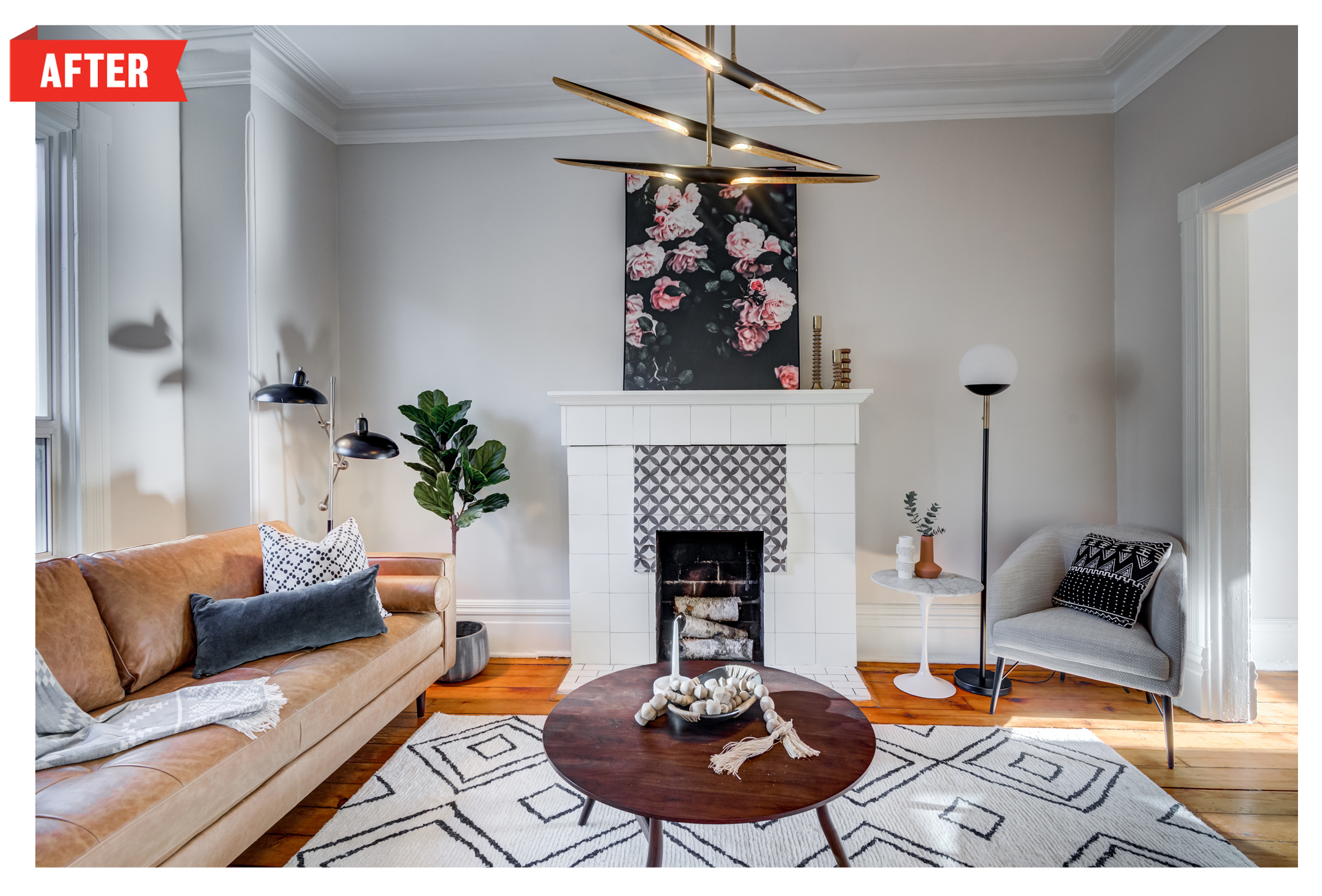 She thought the former living room could be better utilized as a dining room because of its small size and proximity to the kitchen: 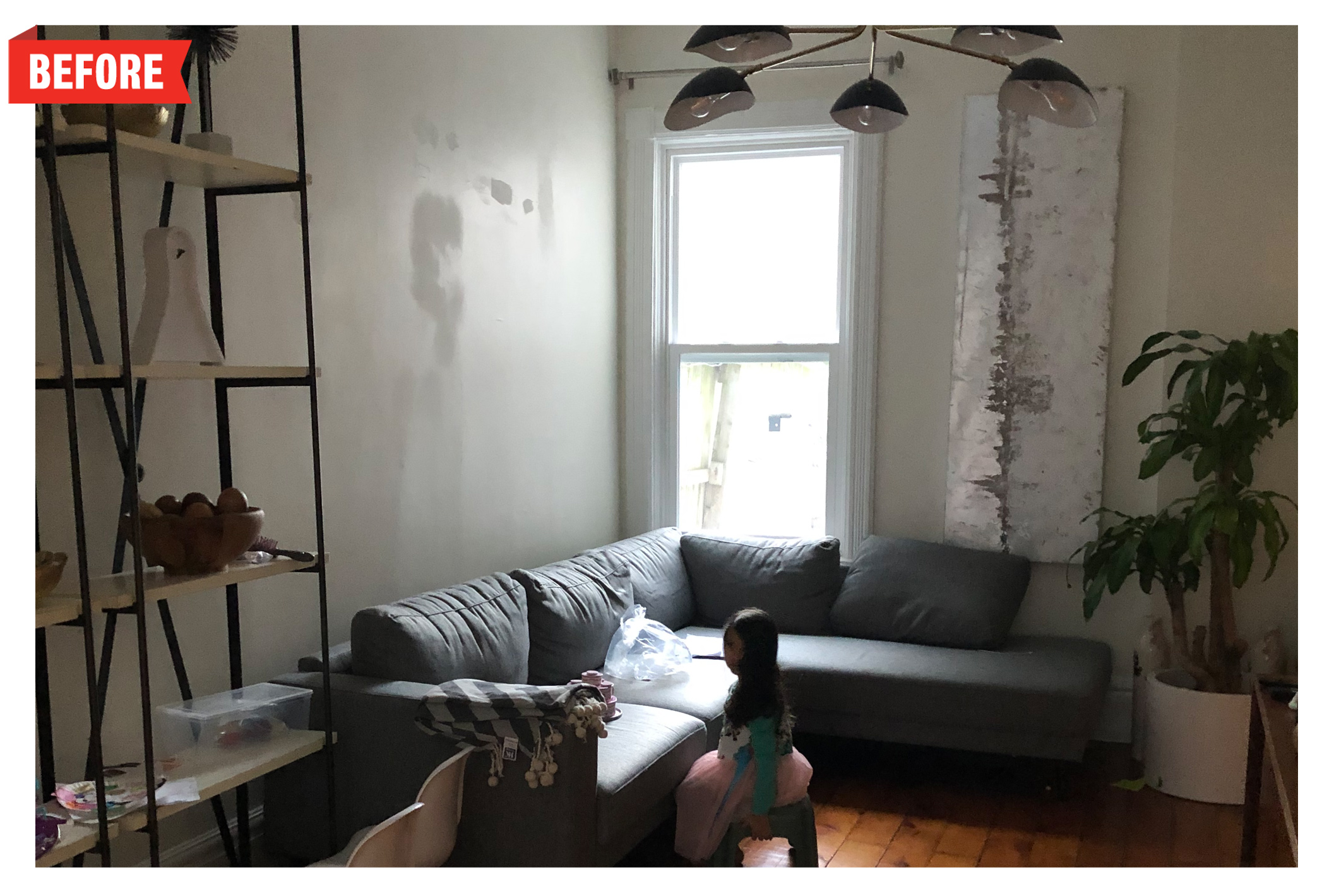 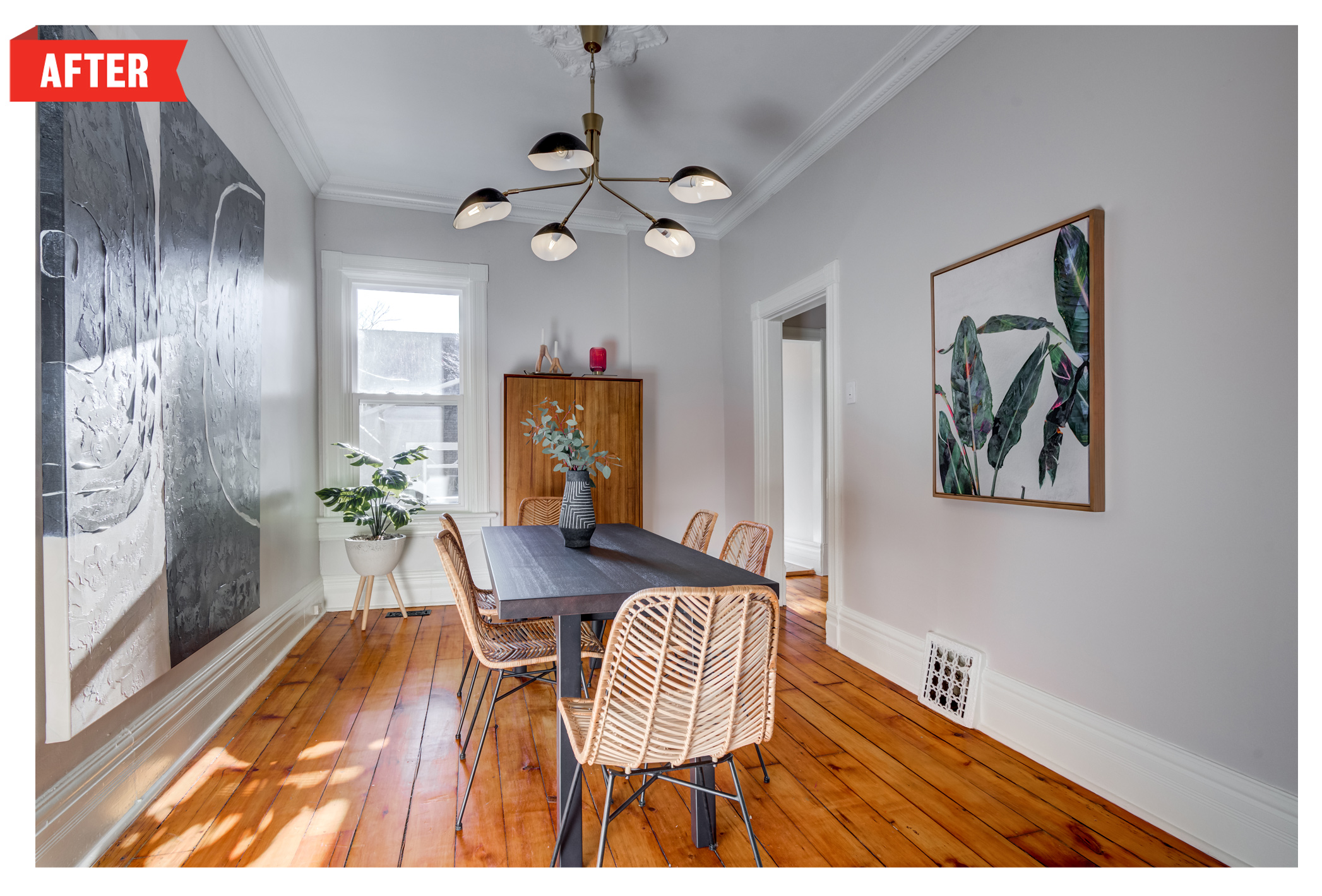 To create a less cluttered look in the kitchen, she took everything off the counters and shelves, then added a new light fixture and patterned rug. She also added a bank of cabinets and a countertop to a space that had previously been left empty: 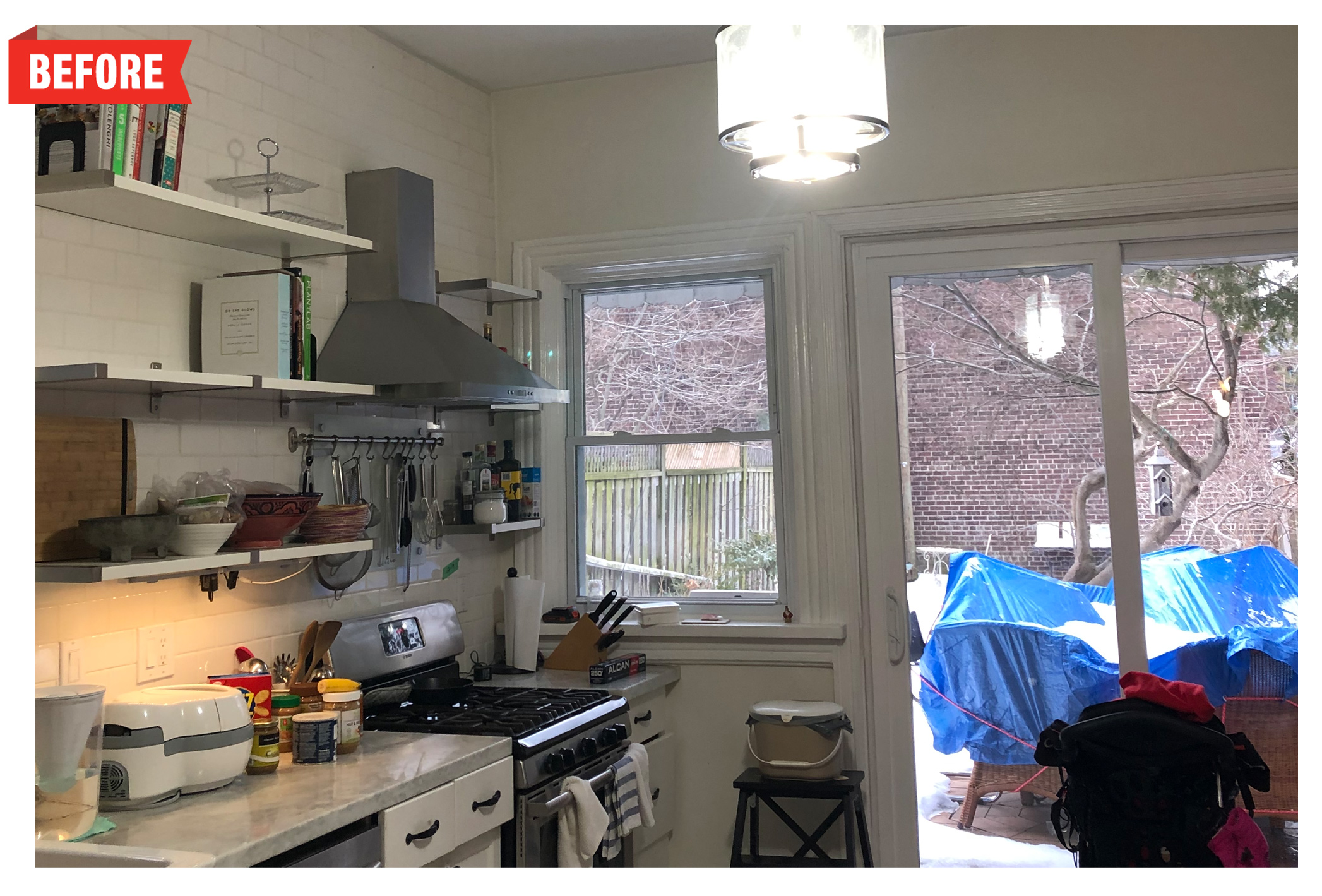 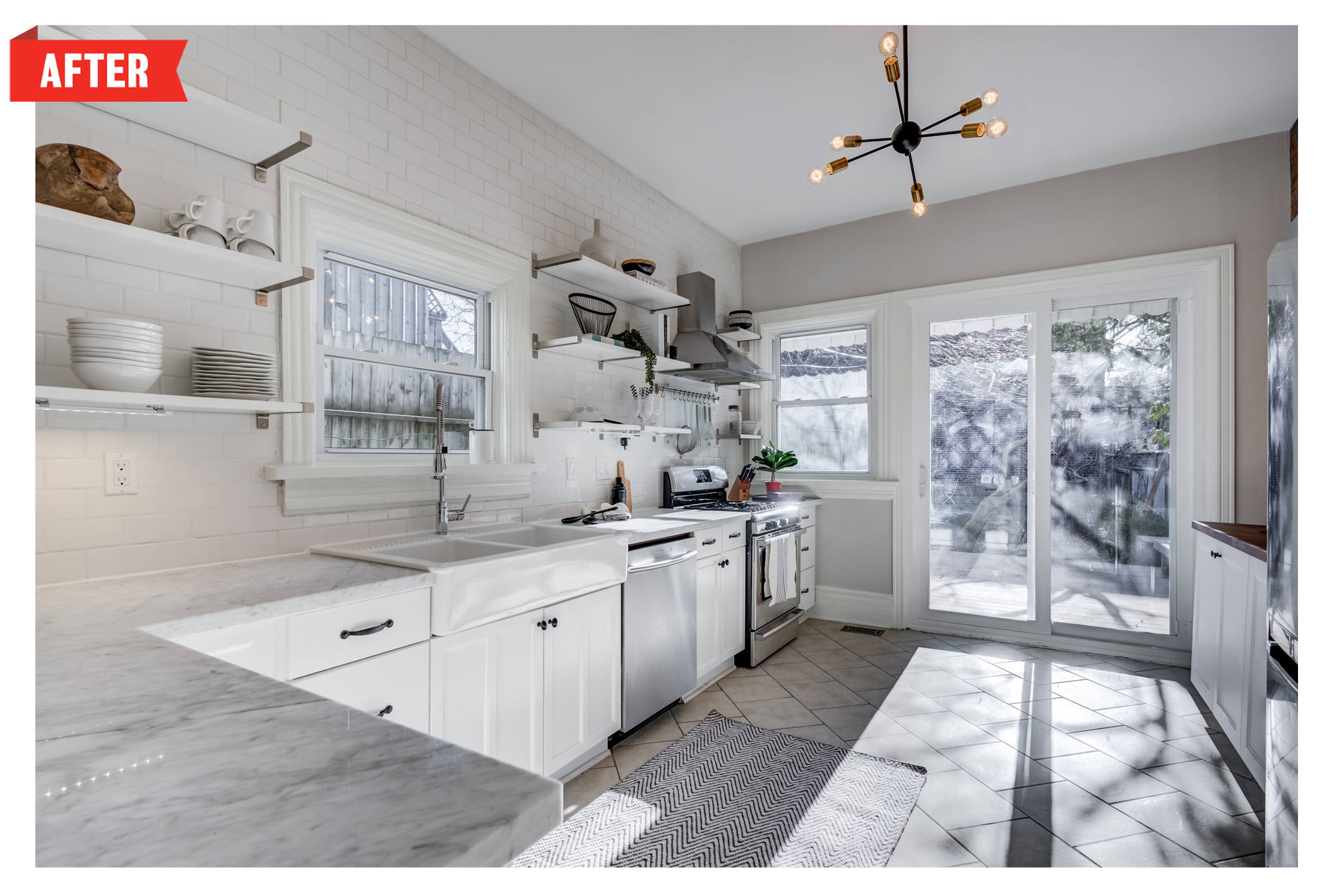 In the master bedroom, she added a peach-coloured duvet and removed the curtains to allow sunlight to bounce off the mirrored closet door. She wanted to make this room feel cozy, rather than trendy: 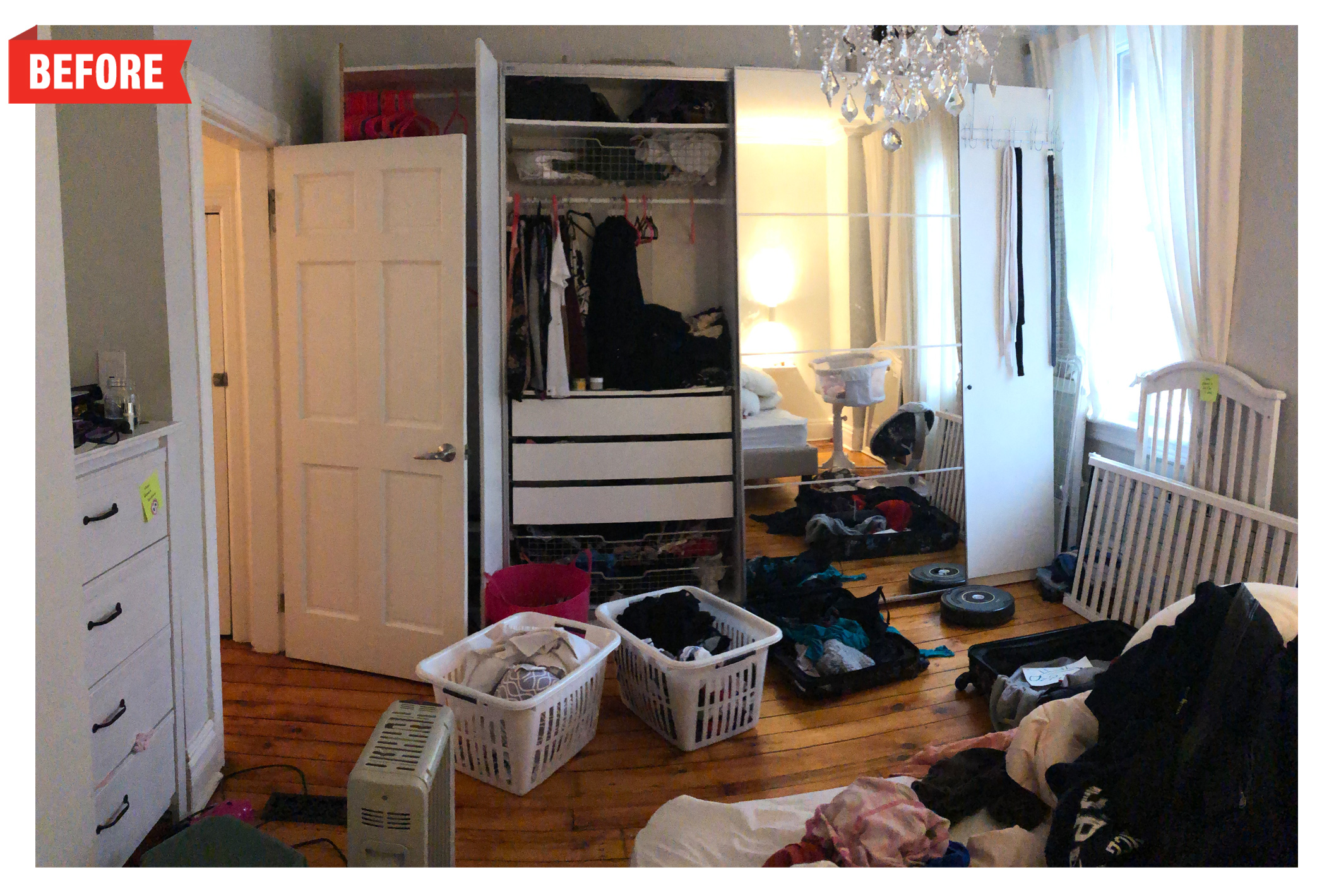 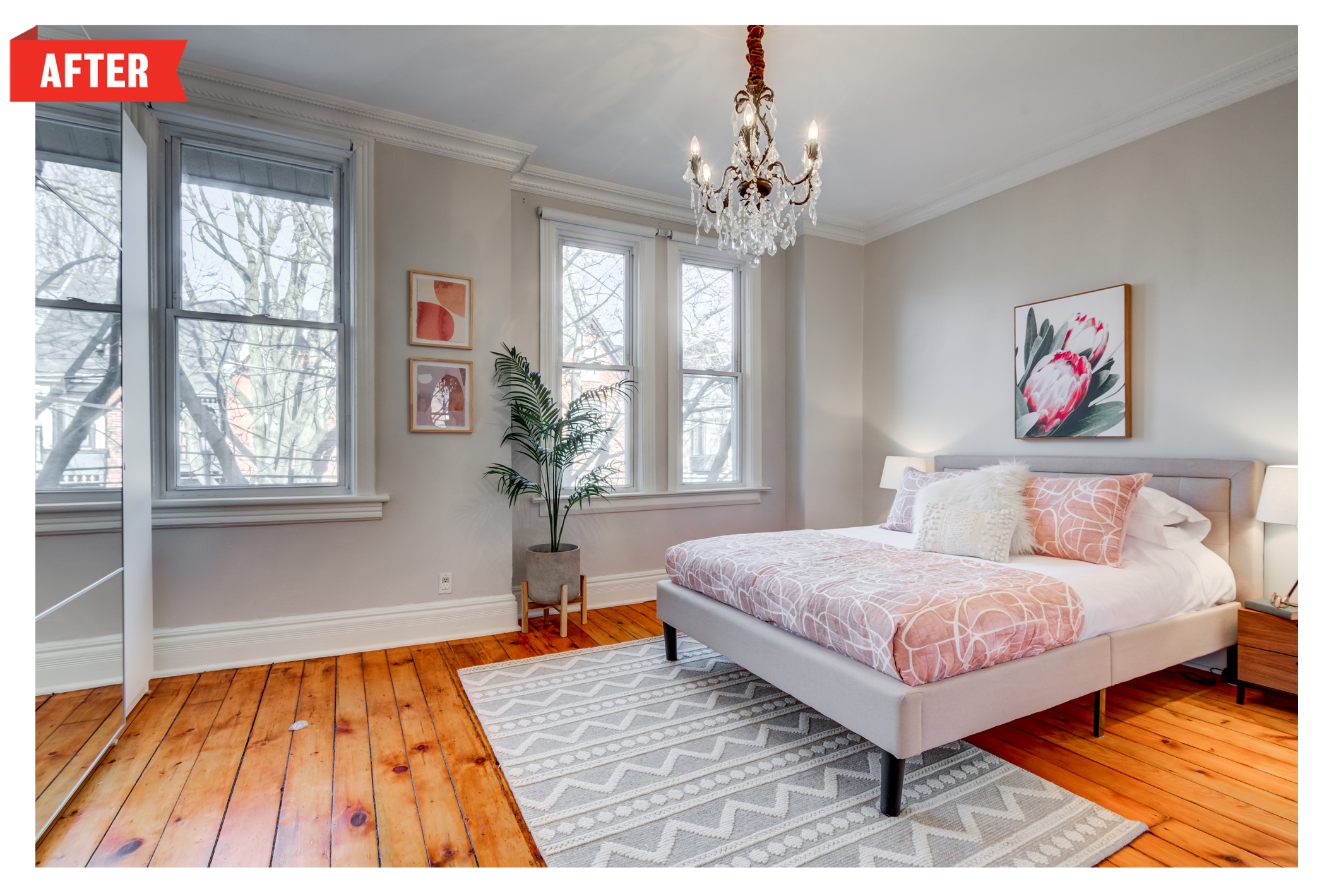 Redesigning the attic was a challenge because of the awkward placement of the staircase. In the end, Freeman decided to divide the space into three parts: bedroom, study and lounge area. “I was thinking this would be a dream bedroom for an adolescent,” she says: 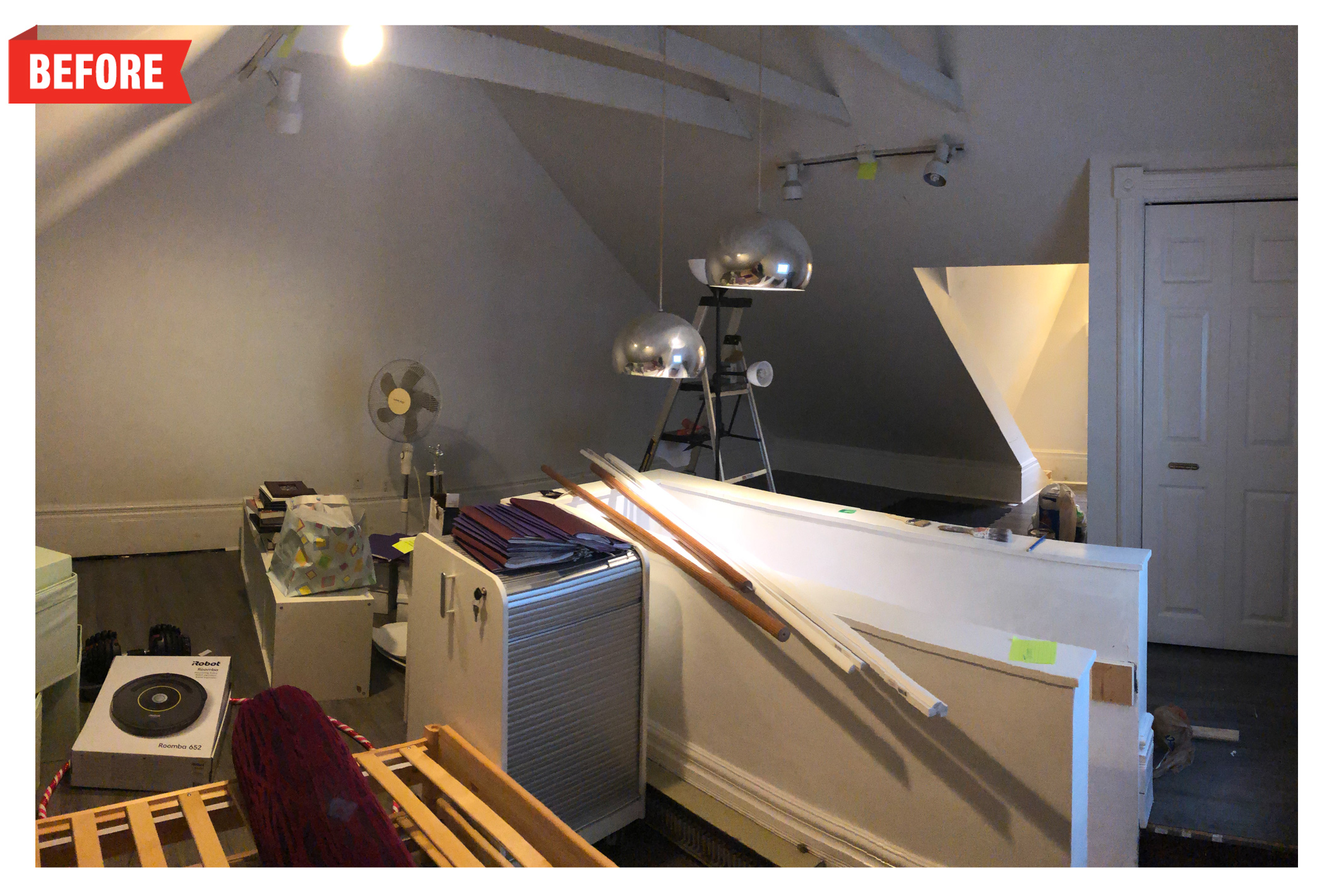 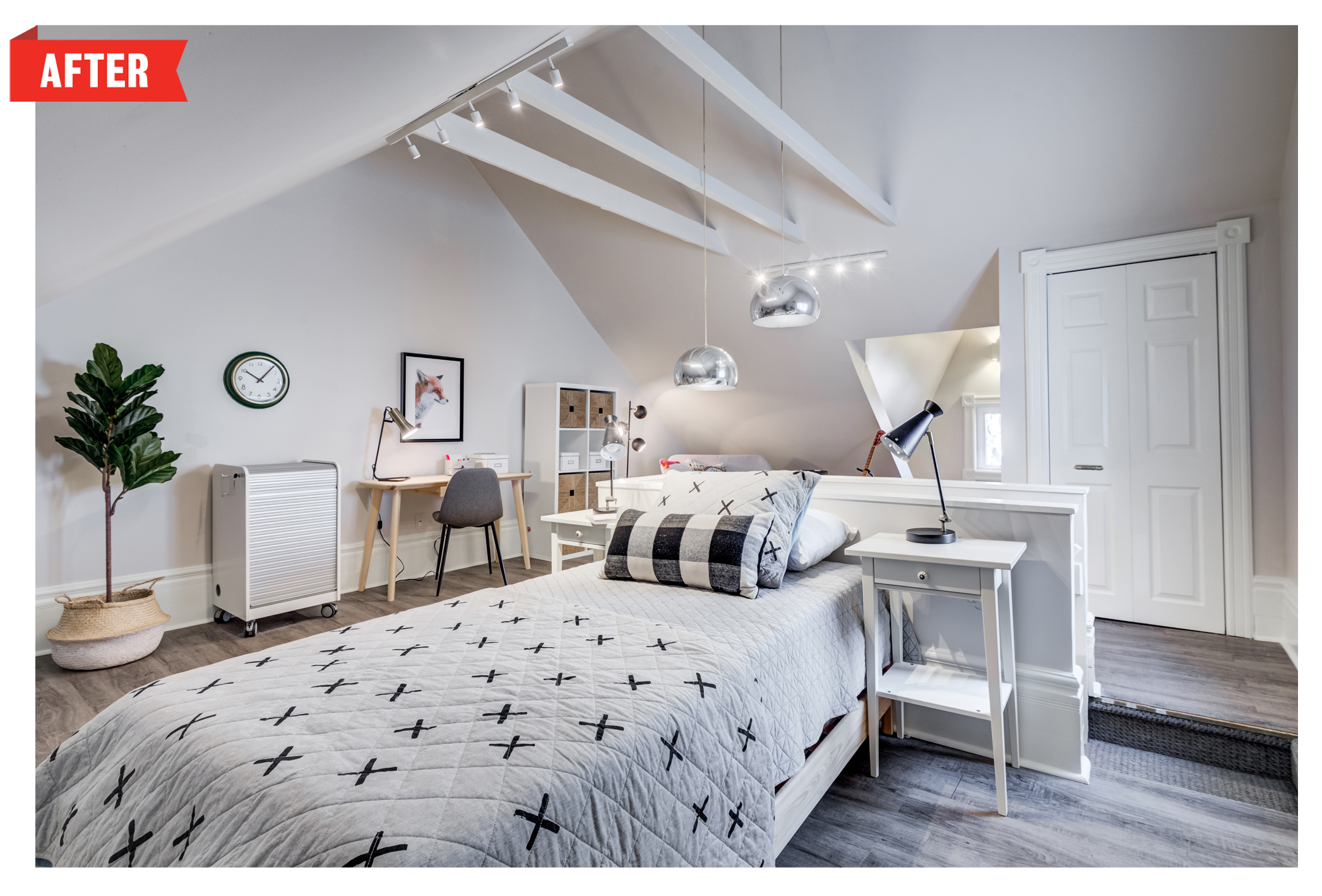 The spare room got a new light fixture and a coat of paint: 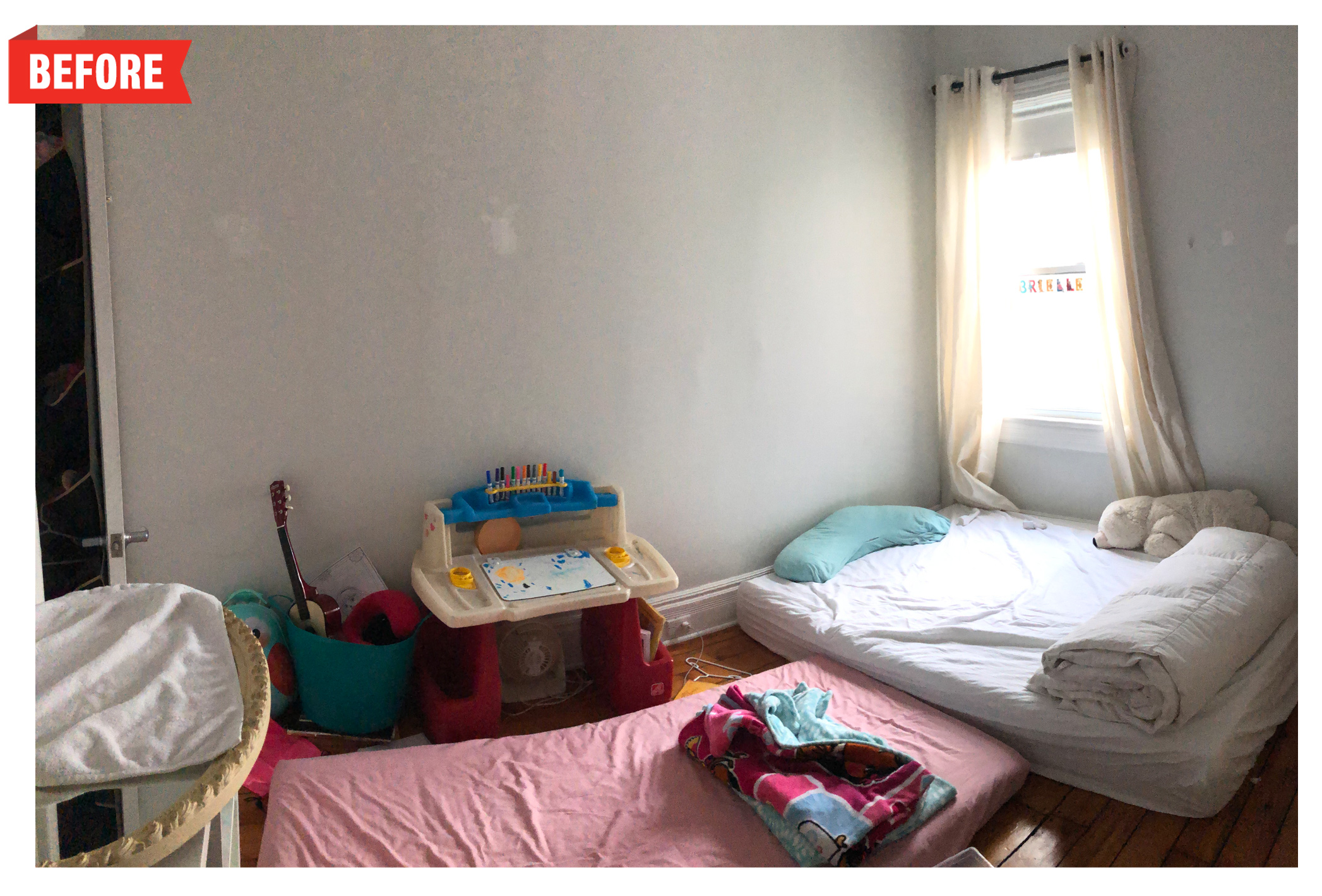 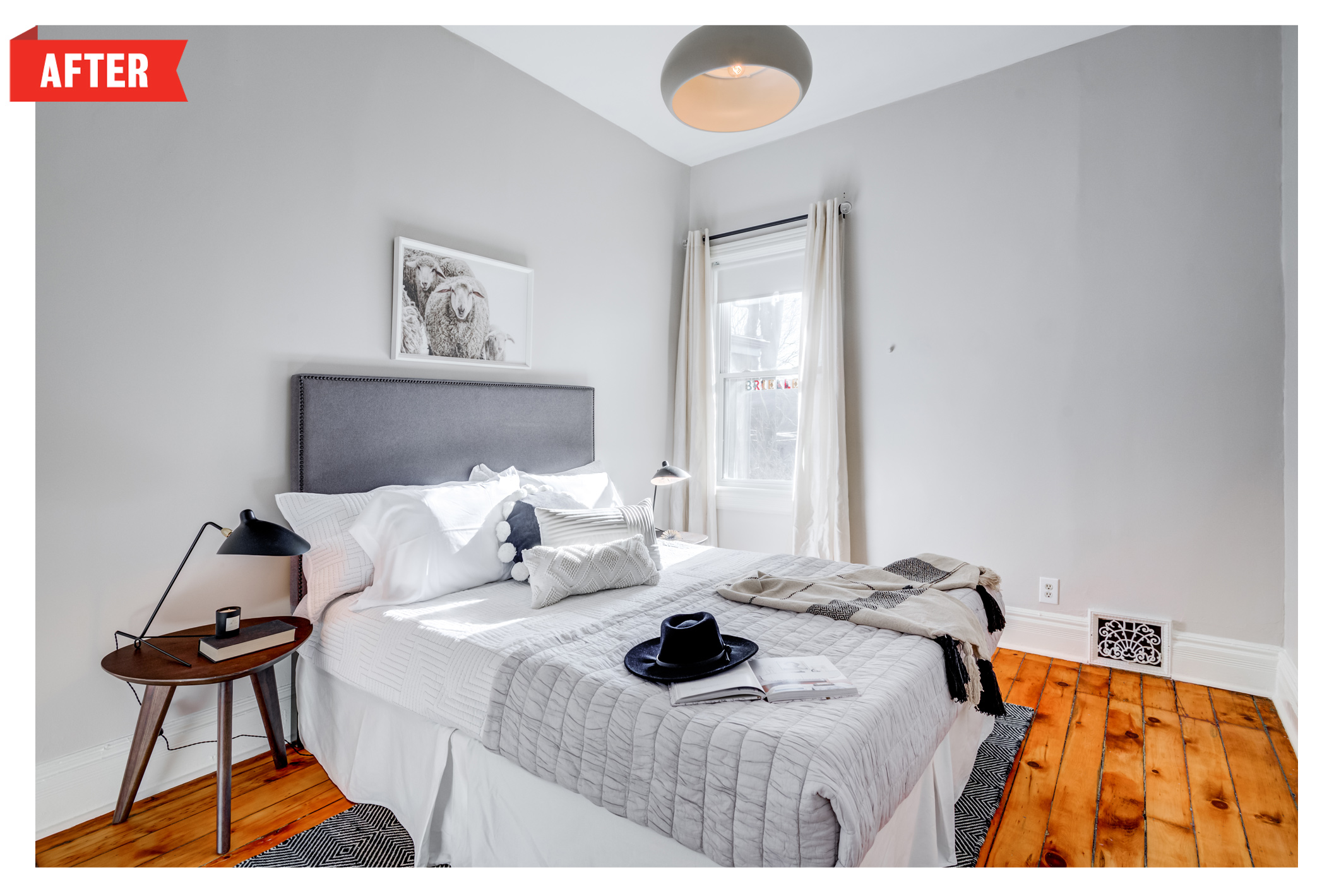 Did you stage a property for sale? We want to talk to you.

This post originally mischaracterized the Riverdale property staged by Becky Freeman as a semi-detached home. In fact, it's fully detached.